INTERNATIONAL. That’s how the city of Mannheim in Germany is generally described. The label has been proved by the wide eras, depicting respective parts of the city. It might still sound vague for those who have never been to Mannheim; so if you are one of them, stick to this site and start realizing how this city can be your next destination! Here are things to do in Mannheim, Germany.

Just around a ten-minute walk from the Hauptbahnhof (main station), Friedrichsplatz is composed of many notable structures such as the Water Tower, Rose Garden, and Art Gallery.

Popularly tagged as the ‘Quadratestadt’ or ‘City of Squares’, Mannheim seems to prove the well-organized perception of being a German. The City of Mannheim in the region of Rhine-Neckar Metropolitan has its inimitable chess board-like structure, which aims a systematic and easier track location for everyone. Likewise, Mannheim is commonly associated with New York City’s borough, Manhattan, with its square collation. It started around 40 decades ago, when Palatinate Elector Friedrich IV commanded the city construction, following the Rhine and Neckar rivers’ estuaries.

Through numbers and letters, you will never go out of your way in the city of Mannheim. The block squares start with the letter ‘A’ on the left side of Schloss (Palace) and end with ‘K’, heading to the Neckar River. On the right side of the palace, ‘L’ begins, reaching the ‘U’. A Street called Breite Straße links the Palace and the Neckar River, dividing the blocks of ‘A-K’ and ‘L-U’. Conversely, Planken Street connects the Water Tower and the Rhine River, splitting ‘A-D; L-O’ and ‘E-K; P-U’. Each square has its own numbers, commencing with number one and ascends counterclockwise for ‘A-K’ and clockwise for ‘L-U’.  Take note that the letter ‘I’ cannot be seen as it is usually represented by ‘J’ or vice versa.

You can visit Tourist Mannheim for a clearer illustration and explanation of the Mannheim Squares.

Guided by its impressive grid arrangement, there’s no reason to just pass by this city as most people do. Unlike its neighboring cities, Frankfurt and Heidelberg, Mannheim might not be one of the top cities to be visited by tourists. It is then time to change that norm because there are piles of things to do in Mannheim, which are fairly encouraging to include the city in your trip.

Check out some of the cool and cheap tours you could do in Frankfurt and Heidelberg.

Let me give you some through these seven awesome things to do in Mannheim, Germany

1. Reminisce the World’s first inventions made in Mannheim

Forbes Magazine listed Mannheim in the world’s top 15 most inventive cities. No doubt about it; major transportations are founded in the city. 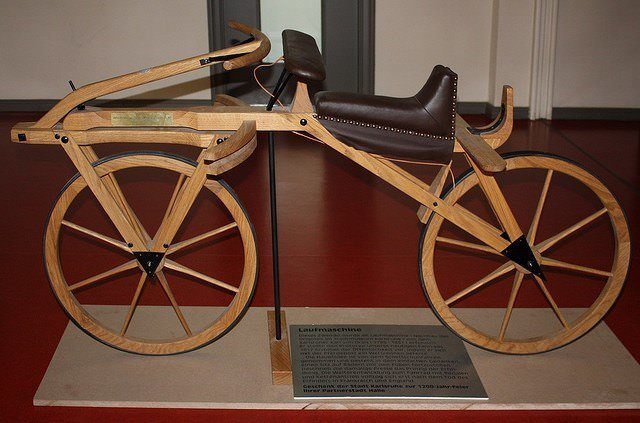 Karl Drais introduced in 1817 the first vehicle without pedals, entailing a balance, called Laufmaschine or Draisienne.  The rider is in between the two wheels as he needs to push it by his feet. Drais’ invention led to the creation of today’s bicycle.

The automobile came along with the transport inventions.

It was Carl Benz who conceived the vehicle functioned by a gas engine.  This German Mechanical Engineer obtained the first patent for the three-wheeler and gas-fueled car in 1886, which signaled the continuous manufacturing of automobiles. Two years after the official birth of Carl Benz’s car, his wife Bertha, with their two sons (Eugen and Richard), tested the improved version of the car by taking the first long-distance journey. From Mannheim, they traveled to Pforzheim (Bertha’s birthplace), covering about 180 kilometers, including the return trip.

Do you want to ride on to these inventions? Unfortunately, you can’t but your eyes can witness these first vehicles by visiting the Technomuseum.

If you spotted the city on the first Wednesday of the month, you can go to the Kunsthalle (Art Gallery) for free and explore the various modern and contemporary art collections. Every Wednesday, the art gallery welcomes guests for free as well as from 6-8 in the evening. This 144-year-old building gathers a long range of artworks from paper, woods, and even virtual, which was constructed primarily for the City’s 300th founding anniversary only. The planned demolition of the structure after the International Art Exhibition was canceled and shifted into a town’s art gallery that has been exhibiting until today.

After making your eyes full with industrial works, it is time to fill in something to your stomach.  Zeitgeist is just perfect for it. The shop has been operating since May this year, offering a daily surprise of ice cream flavors. Targeting vegan ice cream, Zeitgeist is naturally producing this sweet dish to help people let go of the guilt of having desserts.

4. Do Picnic at the Rhine Shore

Just around 350 meters away from Zeitgeist, Die Metzgerei can be traced. Though it specializes in breakfast meals, Die Metzgerei serves different picnic baskets (packages) on the go, with a blanket rental, which fits everyone going to the Rhine Shore for a relaxing meal.

Following the Château de Versailles in France, Mannheim’s six-hectare Baroque Palace has been residing in the City for nearly 300 years since its transfer from Heidelberg. Consists of five wings, the royal’s place has three-story facades, rupturing four-story pavilions. As one of the many heavily damaged structures during the Second World War, Mannheim’s Baroque Palace has been reconstructed, covering its major parts such as the great events staircase and the Rittersaal (Knight’s Hall). Currently, Barockschloss Mannheim accepts visitors to see every highlight of the historical palace and embrace the royal life.

About 80% of the palace operates as a University, recording impressive academic assets. Standing as the University of Mannheim, it is classified as the most beautiful campus in Germany with over 12,000 students.

6. Appreciate the Beauty of Varied Music

Music is life. That is what most people believed. But music varies and everyone’s ears too. How about jazz and modern music? Then try to enter the Alte Feuerwache in Mannheim. This is a former fire station that is now pleasing the audiences with live world-class music performances, with a very inviting café-bar and beer garden. Imagine sipping your favorite coffee or gulping a liter of beer while feeding your soul with good music.

Another option is usually a classified-elite form of music, the classical. It might not be everybody’s sound taste but visit Rosengarten and it might change or add to your music preference.

Rosengarten is a Concert and Congress Hall that offers other sundry cultural events every month, accommodating over 2,000 guests.

Considered the Music City by UNESCO, you should not miss experiencing at least one genre of Music in Mannheim.

7. Do not forget the City’s ‘not-so-ordinary’ landmark

Okay, this might sound as simple as saying A-B-C, but I want to include in your list of things to do in Mannheim to remember the Wassertrum or the Water tower. Every place has its identity and that makes people easily recall what and how it looks like. Simply, people set a certain landmark. In Mannheim, the renowned Wassertrum takes that sign, standing 60 meters above the highest point of the Friedrichsplatz. Aside from serving as a meeting point for most people, the Water tower was used to be a reservoir for drinking water. This Romanesque tower amazes everyone after sunset as it starts to spark with the moving fountains at its foot. An inspiring conclusion for a day, isn’t it? Hold on, this Baroque sandstone structure can still astonish you with its meticulously designed open staircase, inviting each of us to glance at manifold sculptures, including the Amphitrite (Goddess of Sea).

The ‘City of Everything’, I can say. From museums, nature, food, and shopping spots up to endless stuff, Mannheim can give it; just name it. The city where creations of the old times are still kept and where modernization never stops, your list of things to do in Mannheim, Germany will never be bare.

Related Articles: Story about Nuremberg, Guide to Bamberg, Things to do in Berlin

Jessica Ayun is a Freelance Writer who writes that 5-10 cups of coffee a day will be served. She used to work as a TV Researcher but her feet are always curious to step into new places so she decided to work in the communities of Visayas and Mindanao as a  Documenter for almost two years, through a non-government organization (NGO). She tries to see the “real happiness” in every person she meets and every place she goes to. She will always choose mountains over beaches.

93 thoughts on “7 Awesome Things To Do in Mannheim, Germany”

7 Awesome Things to Do in Flores, Indonesia