This year’s Turkey’s biggest gastronomy festival in Gaziantep went online for the first time. “We organized the third session of our annual international festival with the same enthusiasm, but in a digital format this time due to the COVID-19 pandemic”, Gaziantep Mayor Fatma Sahin said at a written interview. Various world-famous Michelin-starred chefs, panels, harvests, workshops, and sessions were all live-streamed on several social media platforms.

Gaziantep is Turkey’s Gastronomy capital. It is popularly known for its gastronomic tradition and was added to the Creative Cities Network of the United Nations Organization for Education, Science, and Culture (UNESCO) in 2015. The city’s cuisine reflects its rich culture and history. Aside from Gaziantep’s traditional ingredients, its cuisine also includes meat, vegetables, and baked products from other regions of Turkey. And the city’s amazing cuisine is highlighted yearly during the 3-day GastroAntep festival.

The 3-day festival started by harvesting pistachio, known as the “green gold of the region,” and by making a “sire”, a dessert that’s unique in Gaziantep. Nadir Alpaslan, the Deputy Tourism Minister, Fatma Şahin, the Mayor of Metropolitan Municipality, gastronomy professionals, gourmets, and gastronomy editors have participated in the pistachio harvest. 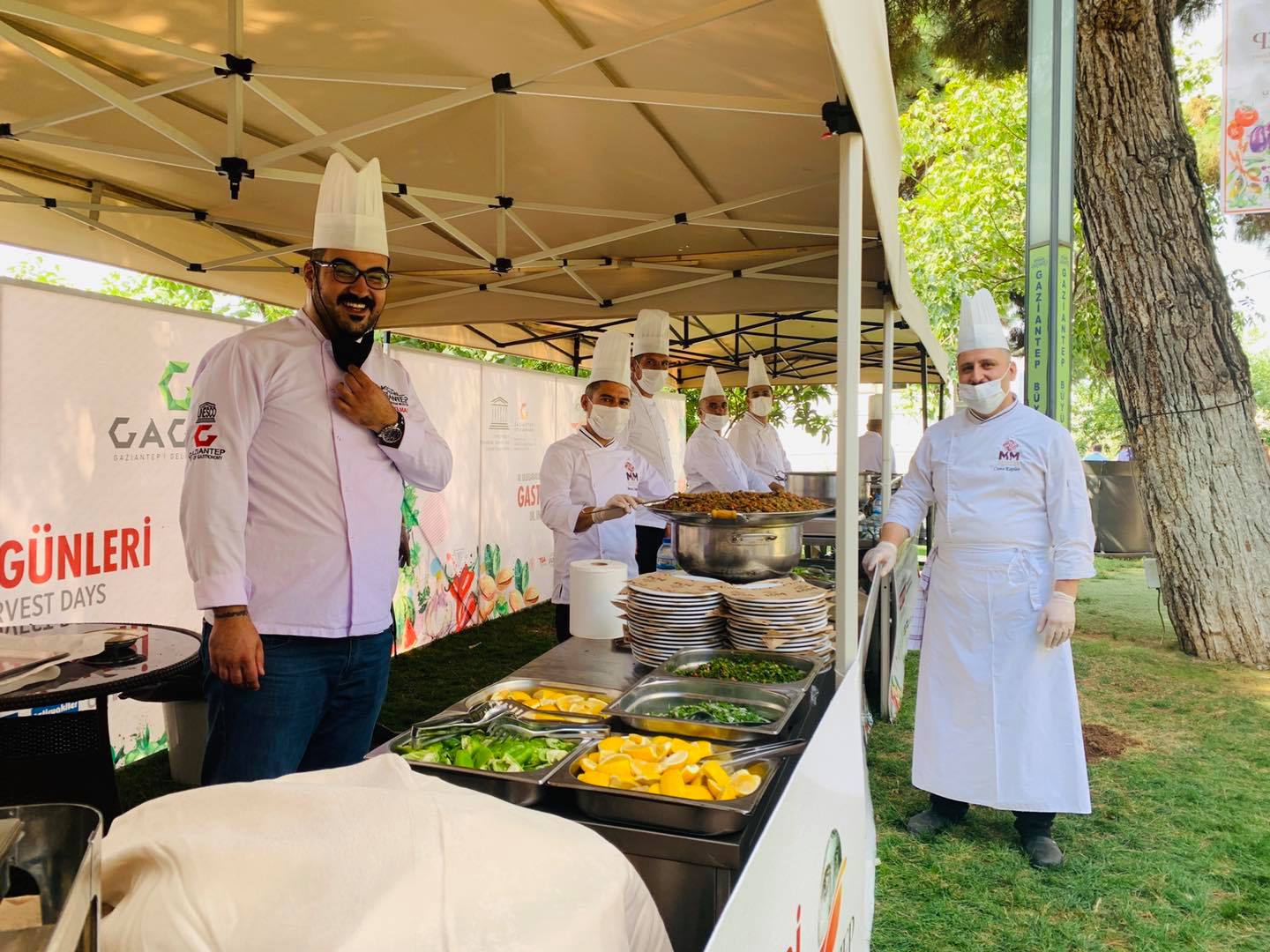 With this year’s theme “GastroAntep Harvest Days”, the festival aims to be one of the most important gastronomy centers of the world, with mayor Sahin saying “The festival is the fruit of our efforts in introducing Gaziantep cuisine to the world and transform the city into a renowned gastronomy destination.”

Reasons Why You Should Consider Visiting GastroAntep in the Future

1. It will introduce you to different Gaziantep Cuisine

As mentioned, Gaziantep is Turkey’s gastronomy capital. Due to that fact, it has a lot of various cuisines to offer. From dessert to the main course, your eyes and tummy will be filled with delicious, unique cuisine that you probably won’t find anywhere else.

2. Get the chance to meet several Top Chefs

World-renowned chefs such as Claudio Chinali, Joe Barza, Ruben Arnanz, Juan Jose Losada, and Charles Azar, and other Michelin Starred chefs coming all over the world are just some of the top chefs you could meet. They attend the festival to cook incredibly delicious foods with Gaziantep products. Don’t miss that chance!

3. Get to taste mouth-watering and world-class food

If you’re in for a wonderful food experience, the GastroAntep festival should really be on top of your list! Showcasing loads of awesome food, it’s not surprising that the festival attracts a lot of visitors since it was first held in 2018. 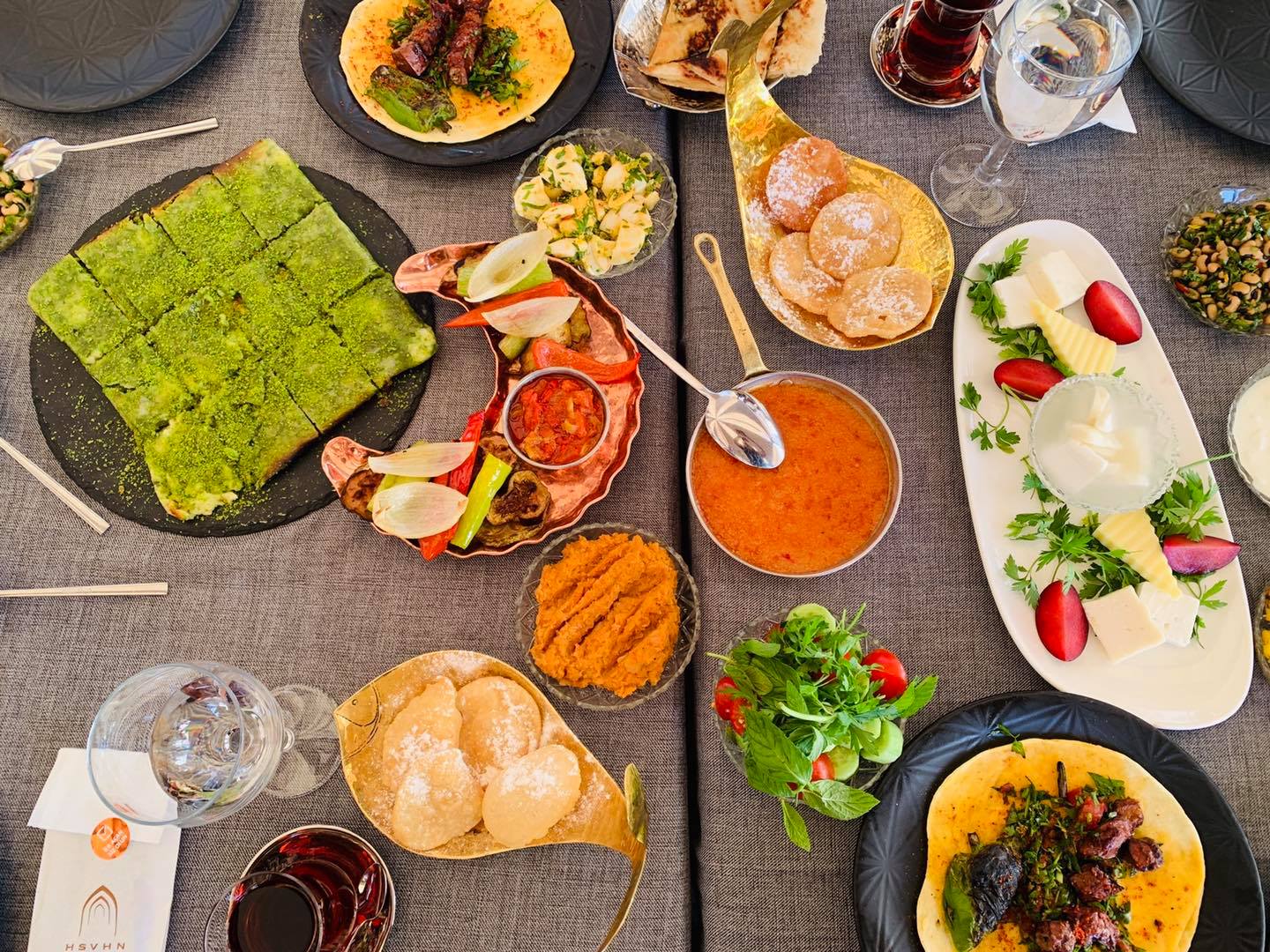 Gaziantep’s incredible culinary tradition is always enchanting. Its long gastronomic tradition can even be traced back to the Iron Age. And even though the city is popularly known for its irresistible meat dishes, pistachios and baklava are the icons of Gaziantep cuisine.

GastroAntep also highlights city tours, museum visits, panel sessions, and seminars as well as workshops for people of all ages, giving festivalgoers the chance to learn not only the rich food culture of Gaziantep but also the whole city itself.

5. The experience is a total blast!

When traveling, nothing is more exciting than trying out the food of the place or country you’re in! And it is not always a common thing to go to a food festival and enjoy the food, workshops, and seminars all at the same time. With Gaziantep’s amazing food culture, you will not only be enchanted with the food itself but also the tradition behind it that had been passed on from the old age and can be enjoyed now in the present time.

And that’s GastroAntep for you! Have you been to any gastronomy event or festival? How was your experience? or are you interested to visit one someday? If yes, Gaziantep’s GastroAntep is a must! You will absolutely have a memorable experience!

The city’s delightful cuisine will surely bring it to the festival’s main goal of transforming Gaziantep into a renowned gastronomy destination.

9 Reasons to get your TEFL Certification Online Right Now

15 Things To Do in Hilo, Hawaii [With Suggested Tours]