This is also for all the Filipinas dating Foreigners instead of our Filipino men and being judged for it!

Here are the most common misconceptions that I want to clear up – We would love to hear other Filipinas’ stories so please feel free to share your experiences below!

“When you judge others, you do not define them, you define yourself” ― Earl Nightingale

When I quit my job in the Middle East to start my backpacking journey, aside from the other reasons and lies I was telling myself and people around me about why I wanted to leave my corporate life, I left because I just wanted to have more time to understand myself, to love me and just to be with myself!

Unexpectedly, during a few days exploring Luang Prabang, Laos, I met Jonathan! If you’re traveling on your own, you’ll meet a lot of travelers – mostly European, and being a backpacker you shouldn’t expect another backpacker to take you to an expensive restaurant –  oh and he’s British btw. After a few months of just keeping in touch on Facebook while I continued my solo backpacking, Jon and I decided to be officially together, and we’re now together for almost two years! I’m not lucky cuz I’m with a white man – we are BOTH lucky to have each other cuz we deserve the best!

Related Article: Are you planning to travel solo? Check out our DIY Travel Guides here and for cheap hostels around the world, check the list here.)

Note: This is based on my personal experience and life story. I’m not generalizing, and if you can relate then awesome, if not, I didn’t intend to offend any of you.

1. I’m dating a Foreigner because I need a Visa or a British passport.

Yes, there are perhaps some Filipinas dating foreigners who have this reason but not in most cases! I was already traveling on my own long before I met Jonathan (well, I met Jonathan while traveling!). Jonathan and I are both long-term travelers and us living and settling down in the UK couldn’t be further from our minds. We both want to buy land to build our very own yoga resort in the Philippines. Jon keeps asking me about how he can get a permanent resident’s visa in the Philippines. So maybe it’s foreign men who need the visa, not the Filipinas!

We Filipinas can also travel to any country in the world with our  Philippines passport so why would we need them if we can already get things on our own!? Ok, so they have more ‘free countries’ than us, but it balances out because when they pay, they pay big! Also, if you travel in mostly Asian countries, having a Filipino passport has way more advantages than his, he has to pay more than me! UPDATE: We’re engaged and getting married next year! I will be getting a Long-term visa to visit the UK but I’m not interested in getting a British passport or citizenship as others are assuming because we don’t have any plans to live in the UK, as long as my future children will have dual citizenship then that’s great for us!

Even though some Filipinas might need their foreign partner’s visa or passport, it’s their life choice. Why do you care?

2. I’m dating a foreigner because I need his money.

After completing my economics degree (in UPLB), I worked in the Middle East for four years before starting this journey. I funded my South East Asia backpacking trip with my savings then when Jon and I started living together, we always shared our expenses, from food, rent, and everything (that’s the British way, in Tagalog “Kanya kanyang bayad!”).

Yep, unfortunately…wait for it…white people don’t shit money! Trust me, I’ve checked! When I met Jon, he had empty pockets and a $300 broken-down motorbike. If I was looking for a sugar daddy, I must have been blinded by that magic white skin again!

When we decided to pursue our around-the-world backpacking journey together, we both worked hard to build our initial funds! I even had five freelance jobs at the same time in Hanoi, Vietnam as we wanted to save more than ever! I taught English, and yoga classes to children and even handled the Marketing Department of a western-owned company while in Vietnam, oh did I mention that I won a Vietnamese reality TV show?

He works, I work. He saves, I save. Equal partnership!

3. I’m only successful because of my foreign partner.

No matter what success we experience, people might still think it’s because the Magic white man got us here. I want to be modest here, but straight to the point. Do you think we Filipinas can’t be successful without the help of any man or even a foreigner? Do you realize that you’re yourself?! Well, if you think so, shame on you!

This website was started by me, Jon wasn’t really into it, but with a little persuasion, he joined in and started writing too. Now people like his writing and that’s great! We both became yoga teachers and Ayurveda massage therapists because of my crazy idea of supporting our long-term travels. All of my teaching, volunteering, and freelancing jobs have been through my research, resourcefulness, and commitment. So don’t tell me that we Filipinas dating foreigners just stay at home, waiting for our partners to feed us!

Even if someone does decide to remain at home to look after the family and home, that’s a personal choice that also involves a lot of hard work.

4. If he marries me, he will marry and support my whole family.

Well, hello! Again, it may happen in some cases, but before marrying their Filipina wife, the foreigner must already have met the family, right? So it was their choice if you still want to marry despite the condition! Unless they slipped it in the wedding vows without him noticing, ‘…to have and to hold, to pay Lola’s medical bills…wait, WHAT THE F#%!$?!’ Unlikely…

We don’t all fit the stereotype, sorry. My parents are both Professional; my younger sister is also a Dentist while my younger brother is about to finish his University degree. We are not rich, but my family lives comfortably, and we were brought up to be independent. This means, that if you want to do something, you work for it, and you shouldn’t depend on anyone else to just give it to you!

5.  The foreigner is dating me because he needs a slave.

Aha, so being warm and hospitable and loving towards your partner means that you’re a slave? Oh, that’s great! I wonder if these people ever stop to consider that these feelings and actions are returned by the man. British and most other westerners are raised to be very independent. Most of them leave home at the age of 18 and up until then, they do household chores; guys and girls! We share the cleaning in our house, but funnily Jon is better and faster at it than I am! Young western kids often have jobs when they are growing up, not because the family is poor, but to earn some of their own money and to get some real-life experience and responsibility before leaving school. Jon even leaves the Do Not Disturb sign on the hotel room door because ‘it feels weird having someone come and clean up after me!’

Huh! Not all white people are rich; this is a hangover of the American occupation. We’ve had complete independence since 1946 people, get a grip! Western countries have a range of incomes and living standards just like we do. If everyone was rich, who would clean the streets, or do menial tasks that no one else wants to do? Ahh western-style economics, making sure we always have someone poor enough to sweep the streets!

The only real difference is the higher value of their currency in the world, which just makes their own countries very expensive to live in and other countries cheaper to visit! But this only works if they earn money in one of the expensive countries.  It’s the same logic anywhere. And yes, poverty does exist in western countries, it just doesn’t have the same impact in a news headline as a photo of a small brown child with flies on her face!

7. Only desperate Filipinas are dating Foreigners!

I’ve dated Filipinos before and was even in a long-term relationship with one!  It’s pretty annoying when people say that “if you can’t find a good Filipino then just look for a foreign man.”  This is also stupid; there are plenty of amazing, loving, and faithful Filipino men all over the world. There are good and bad in every country; nationality has very little to do with it!

Again, maybe some Filipinas marry out of desperation, but this could happen in any country, not just in the Philippines.

On the other hand, if you told me that I was only with a  foreigner for his genes, then I might be inclined to agree. I would love our children to have Jon’s blonde hair and blue eyes, with slightly tanned Filipino skin…That might look a bit weird, to be honest, but we’ll let you know when we have some proof! We all know that most of the stars in the Philippines are half and half, perhaps we can make the next Anne Curtis, Sam Milby, and Alden Richards. 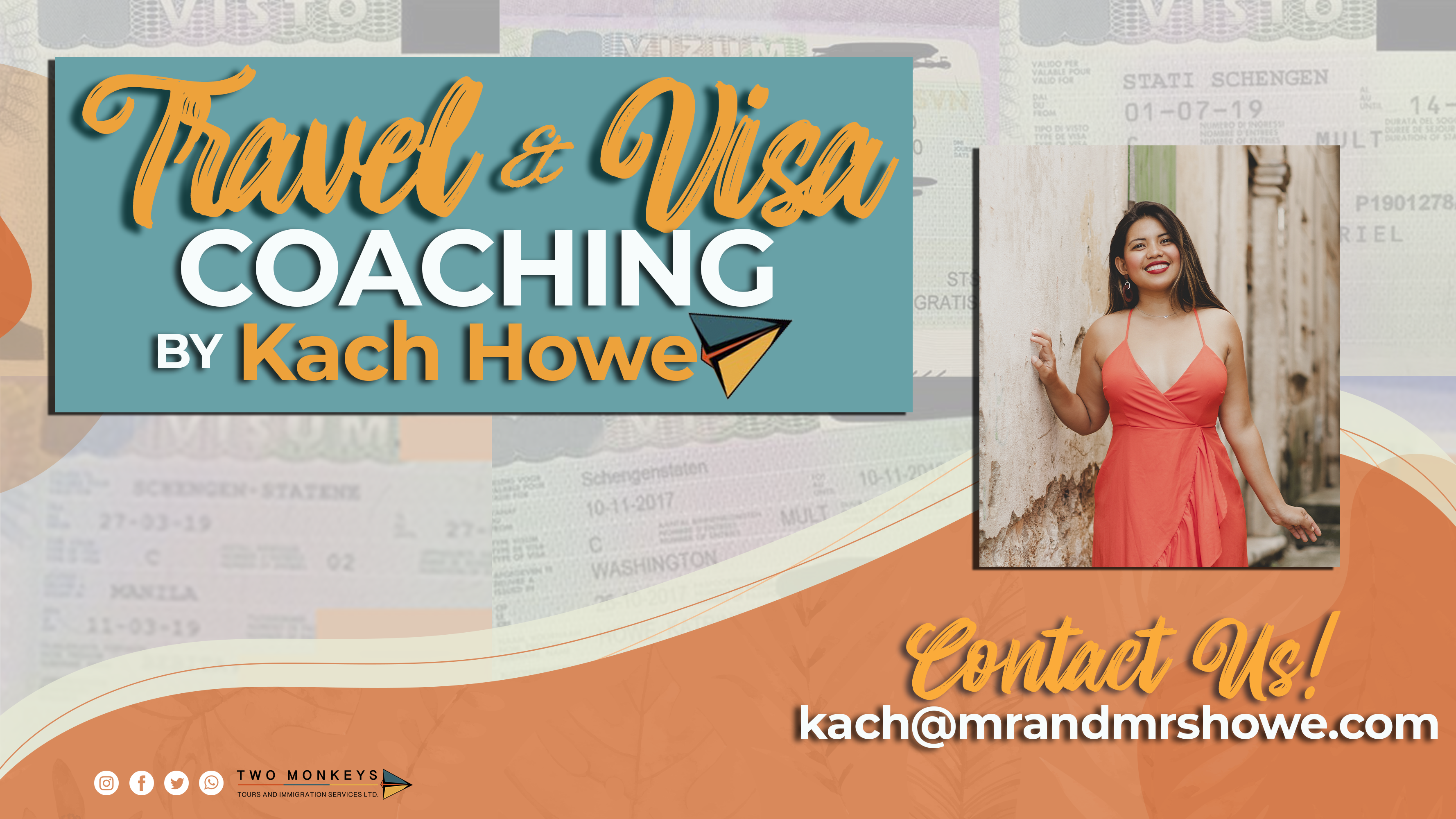 Well, I don’t know your reasons why you’re dating your foreign man, I’m dating this foreigner because I love him! Cheers to all Independent Women out there!

673 thoughts on “Truth and Lies about Filipinas dating Foreigners!”