Quezon Province is different from Quezon City; it is a province of Region IV-A – CALABARZON. This part of the country is also historical as it has been occupied by the Spaniards, the Americans, and the Japanese when they conquered the Philippines. However, after World War II, the province was named Quezon, who was the first president of the Philippines and came from this place. 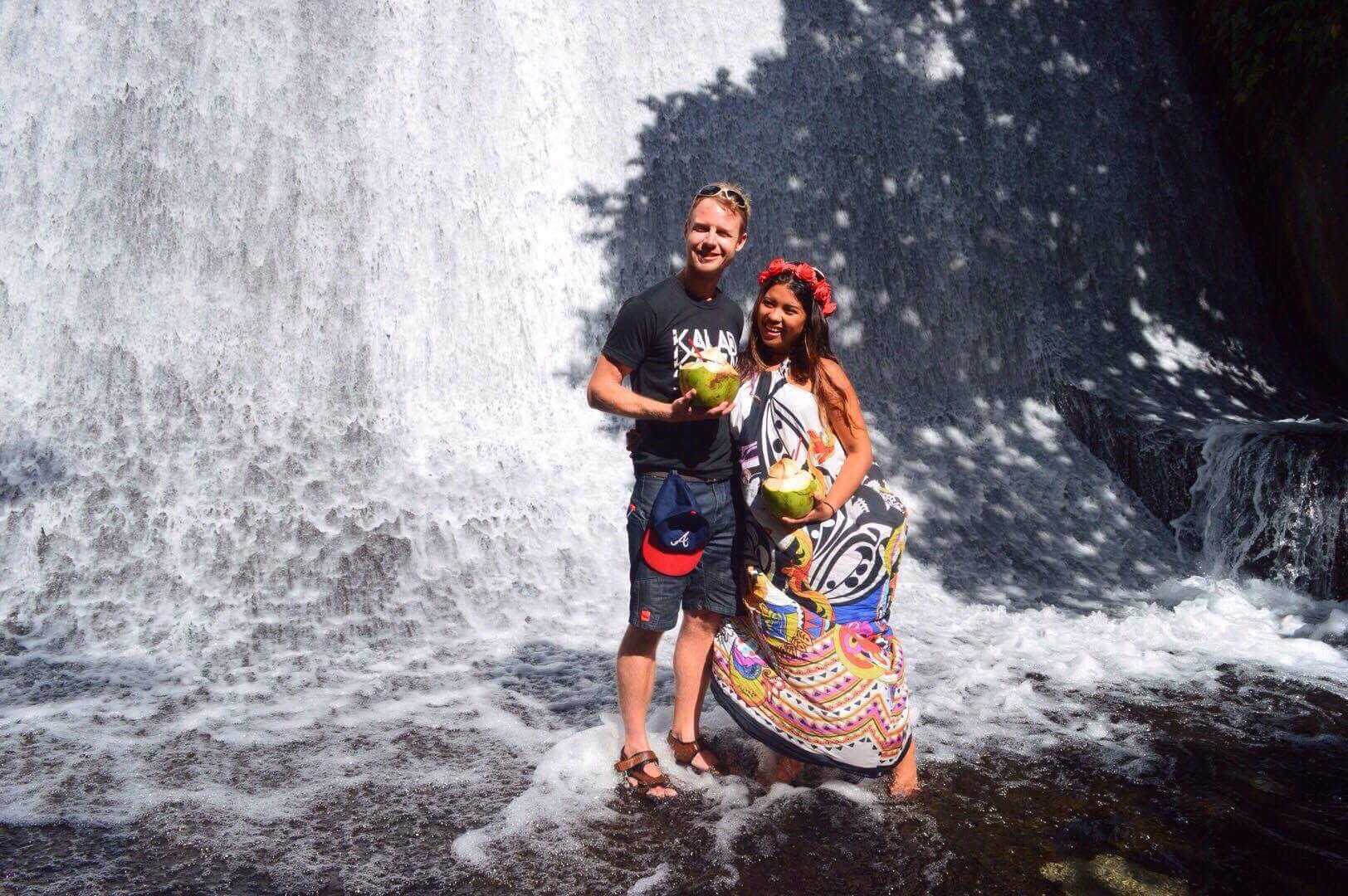 Quezon Province offers many places to go or visit, from the historical sites, the mountains to the beaches, or happy festivals. You will love this province. We have summed up where to go in Quezon Province and hope you enjoy our list!

Jomalig is an Island municipality with the lowest population in the province of Quezon. The name “Jomalig” is said to be from an old legend where the ending was a princess, and a young man was cheered to “humalik” (to kiss).

Jomalig boasts of its white and golden sand and dazzling beaches. Stay at Pamana Beach Resort that is known as little Boracay of the island. Have also a tour on the island to see the Puno ng Walang Forever, Little Batanes, Salibungot, and Sadong Beach with its golden sand, Alog Beach with is white sand, and Lingayen Cove. It’s a hidden paradise that should be in your “where to go in Quezon Province” list.

Every May 15th, Lucban celebrates the Pahiyas Festival, a harvest festival in honor of St. Isidore the Laborer. See houses decorated with produces, various fruits, vegetables, and Kiping (leaf-shaped wafers). Your eyes and your stomach will be full of this.

However, if you can’t go to the fiesta, go to this place and try Pansit Lucban and Lucban Longannisa. You may also go to the Lucban Church that is one of the oldest in the country as well as houses and establishments in Heritage Houses like La Doña Ana.

Tayabas was one of the cities that were given “Villa” during the Spanish Era. There are absolutely a lot of Spanish Influences in this humble city like the bridges, the houses, and the church. This has campaigned as a UNESCO World Heritage. Hopefully, it will be one like Vigan in Ilocos.

Check out the Minor Basilica of St. Michael the Archangel, one of the most historical and largest churches in the Philippines, the Malagonlong Bridge, a stone arch bridge, and other Spanish houses and cemeteries. There are also Ancestral Houses like Nagar House, Sun Yat-sen School, San Agustin Mansion. Tayabas should be in your where to go in Quezon Province list.

Where to go in Quezon Province if you want to see Heritage Houses acknowledged by the National Historical Institute of the Philippines? Sariaya is the answer; it has proudly three of them. They are the Villa Sariaya, Gala–Rodriguez house, and Enriquez-Gala mansion.

It doesn’t stop there; this striving Municipality is on the works to become a UNESCO World Heritage Site. So come and see not only the ancestral homes, but also the St. Francis of Assisi Church built in the 1700s, the ruins, and the beaches.

If Sariaya and Lucban have historic sites, Mauban has many to offer too. I’m not sure why this place is not a spot like Vigan is but with Cultural Properties that are almost 40; this should be a famous tourist spot in the Philippines. There is a Public Bath used in the Spanish Era, countless Ancestral Houses of Priests and Rich locals, a sea wall built on the 1930s, and an old Parish Church.

History is not only the strong point of Mauban, but there is Cagbalete Island and chill in the rock formations’ mini pool. There are also glorious waterfalls in Mauban as well as a white beach. You could enjoy this on the weekend.

If Jomalig is like Boracay, Burdeos is coined as “Little Palawan” due to its amazing islands as well as marine life and birdlife. Put Burdeous on your where to go in Quezon province list as the best thing about it is that it isn’t crowded with tourists so that you can enjoy its beauty in peace. 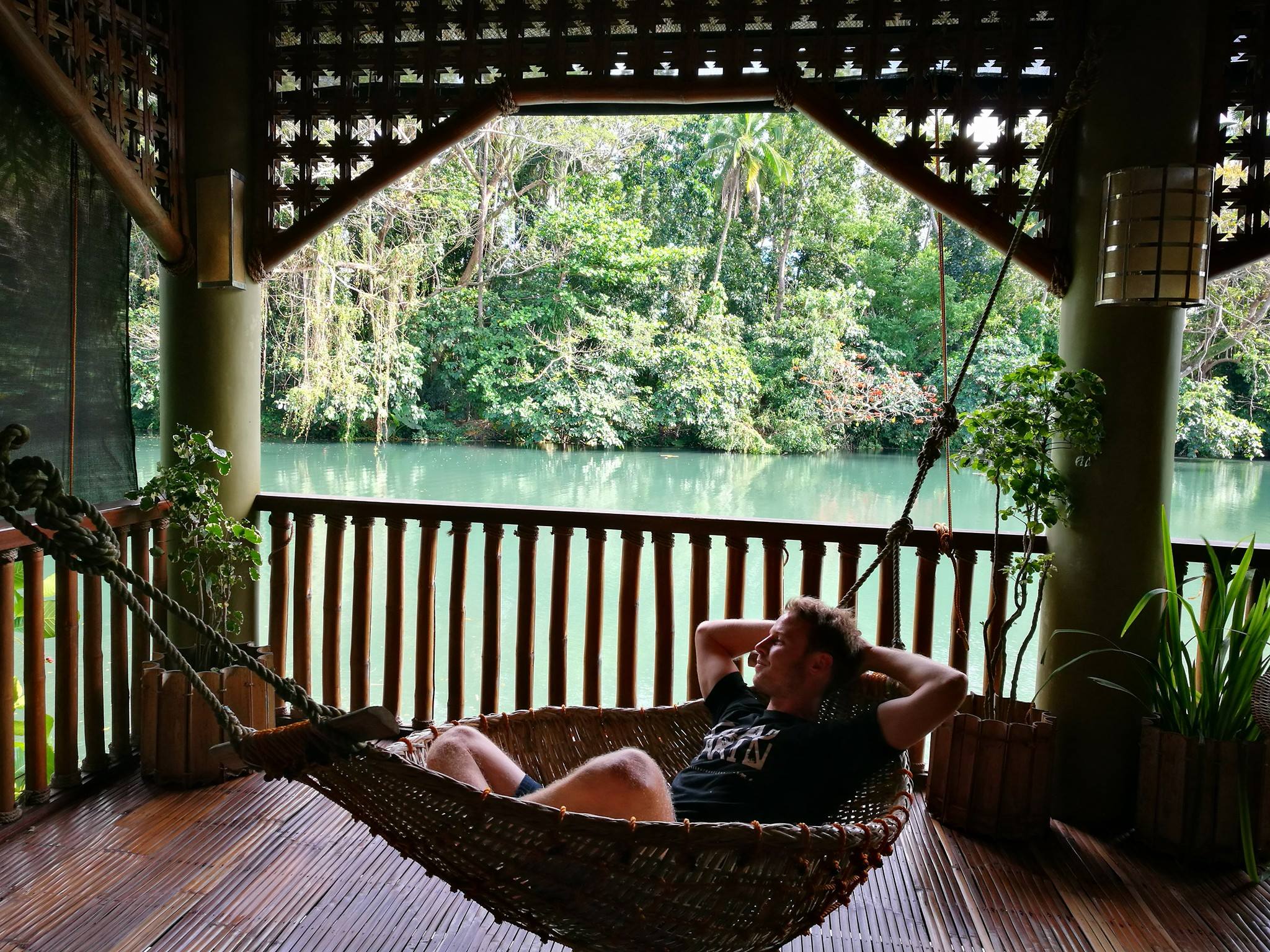 Want to see and take pictures with Sun Flowers? Well, the Quezon province has two famous sunflower farms, one in Tiaong and the other one here in Candelaria. The one in Candelaria has more instragrammable spots as per the visitors, so you would love this place more. One great thing about these farms is that they employ and help People with Disabilities.

Where to go to Quezon Province to see a sandbar magically appear? Calauag, Quezon! Well, it doesn’t magically appear, though; you can see it during the mornings, especially on low tides. Enjoy Pulong Pasig with its amazing white and long sand bar, as well as the crystal blue waters that surround it.

There are also other spots in Calauag that you could like; The “C” Lighthouse, Morato Family Ancestral House, and beaches like Capaluhan or Pangahoy. You will truly love this quaint little town.

Though this has been said closed for the public due to its rehabilitation from the pollution trekkers and pilgrims have caused, Mount Banahaw is a must-see and a great place to hike.

Banahaw is believed to be a “Holy Mountain” and considered blessed by the natives. It’s prevalent to hike on Holy Week before, even though it takes more than 5 hours to reach. There are a spring and a cave that is said to “cure” people from their sickness or disease.

You can still see Mt. Banahaw, however. There are many points where you can enjoy its beauty as well as swim in the waters that come from it. Hopefully, it will be open the next year, and we will be more responsible travelers.

Quezon province offers many spots to visit, both historical and natural. You would be confused about where to go to Quezon province first. From ancestral houses and old Spanish Churches to beautiful beaches and islands, what more could you ask for? You will genuinely have a worth-it adventure in this part of the Philippines.

The 10 Best All Inclusive Resorts and Hotel in Greece