After attending the World Tourism Forum in Istanbul for the second year in a row, this time as featured speakers, we joined a group of 8 other international travel bloggers on a two-day trip to Izmir, arranged by Blogger Casting and the Izmir Development Agency. Located in the south of Turkey on the Aegean coast, Izmir has hosted ancient Greeks, Romans, Ottomans and now modern Turkey in more than 4000 years of its human history, all of which has made it the amazingly diverse destination we see today. This was the perfect way to celebrate being back in Turkey again! 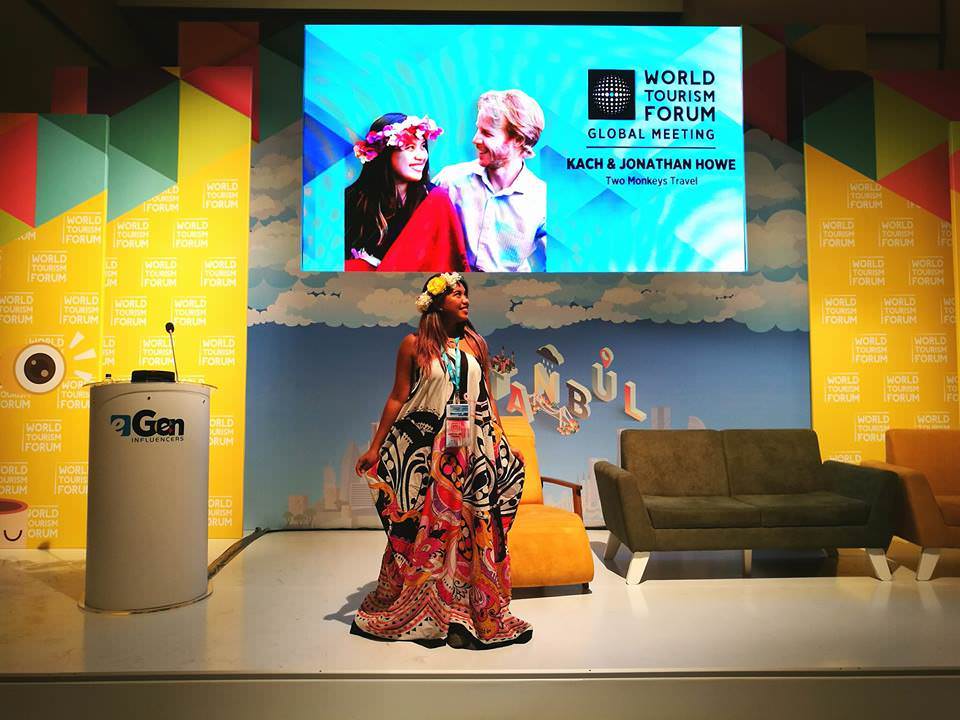 Day 1 – The Historical City of Izmir

Just a one hour flight from Istanbul Ataturk Airport with Turkish Airlines followed a quick bus ride and we arrived at the Swissotel Büyük Efes in Izmir, often rated as the best luxury hotel in the city and right next to an expansive public plaza overlooking the Aegean sea. We threw our bags into the rooms and got straight back out for a tour of the historical city. 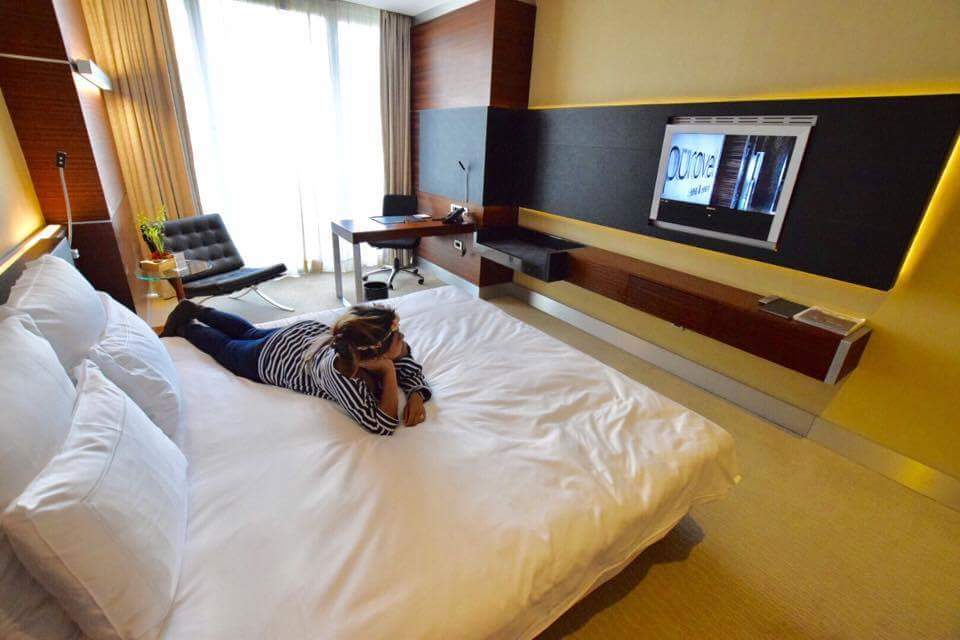 Our first stop was the most important one of the day, in a local Turkish restaurant which is now in its 4th generation of family ownership and serves some of the best Turkish cuisine we’ve tasted! 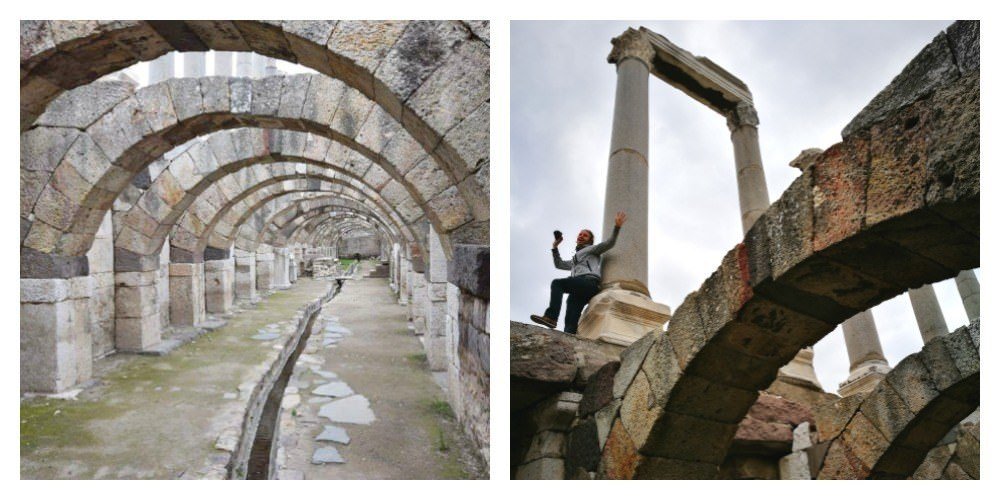 After filling up, our trip took us right back to the time of the Roman empire and one of the best preserved archaeological sites in Turkey; Roman Agora of Smyrna. This uncovered portion of the ancient city was the predecessor of the thriving city we see today. While the whole site contains a fascinating glimpse into history, the highlight is the reconstructed ‘arcade’ of Roman archways which give some idea of what it would have been like to walk though a real Roman city. It’s also the best place for Instagram shots of leaning against pillars and looking at the sky, as if you didn’t know anyone was taking a photo of you… you know you want to! 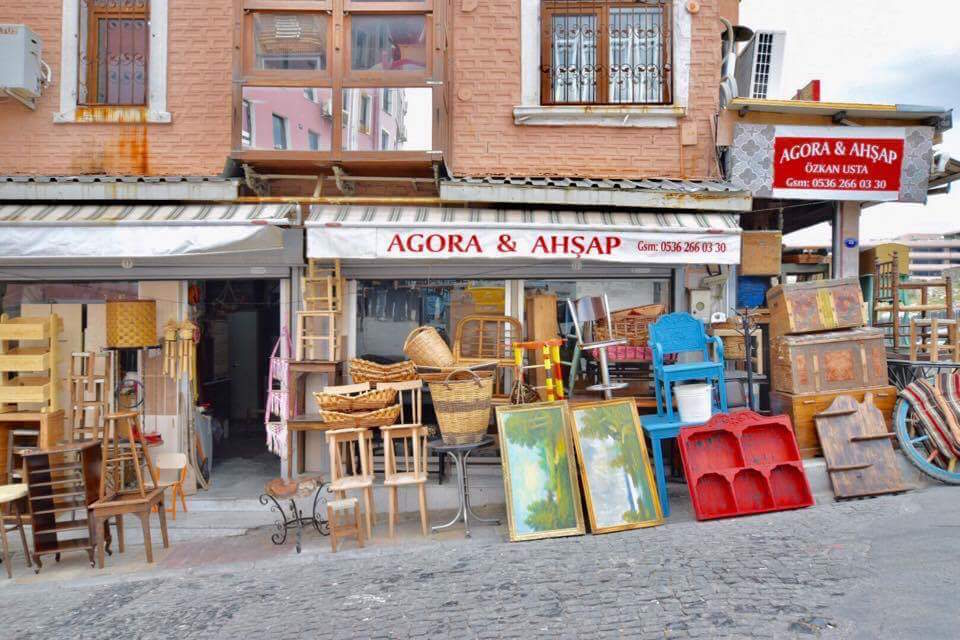 From the ruins of Agora, we began the walk back downhill through the winding city streets and into the bustling fresh food and fish market. The market was a hive of colour, noise and activity as local residents and restauranteurs clamoured for the best of that morning’s catch. Something we love about Turkey is that you can always count on things being done slightly differently from the rest. This was the first time that we had seen the bright red gills pulled out and used the decorate the otherwise grey pile of fish, probably to inject a burst of colour and catch the eyes of passers by! 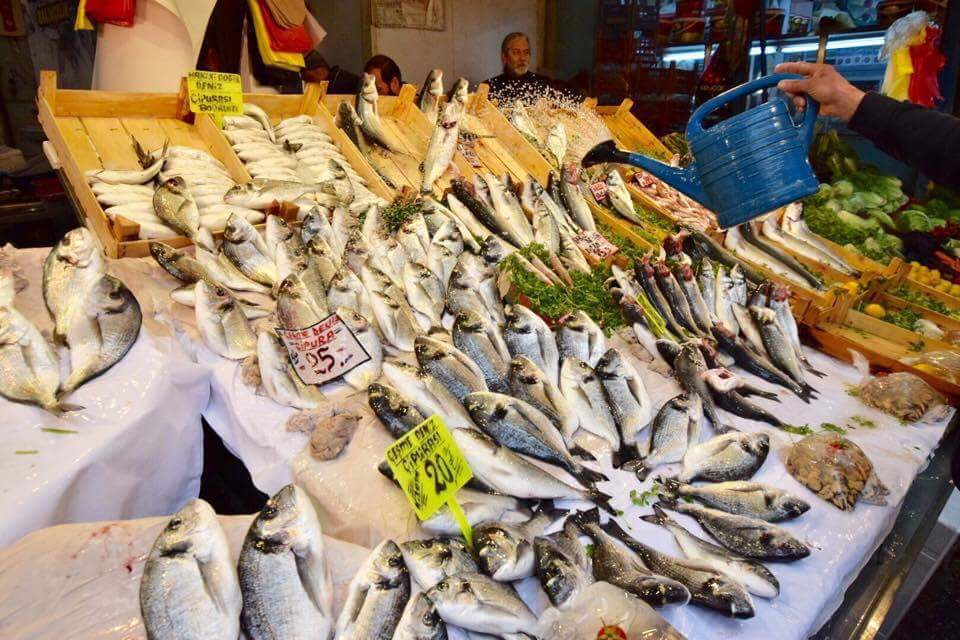 After such an intense atmosphere it was time for some Turkish coffee in an old market area to revitalise and recharge before heading back to the hotel for the night, with the quick stop at one of the most picturesque sites, the Izmir clock tower. 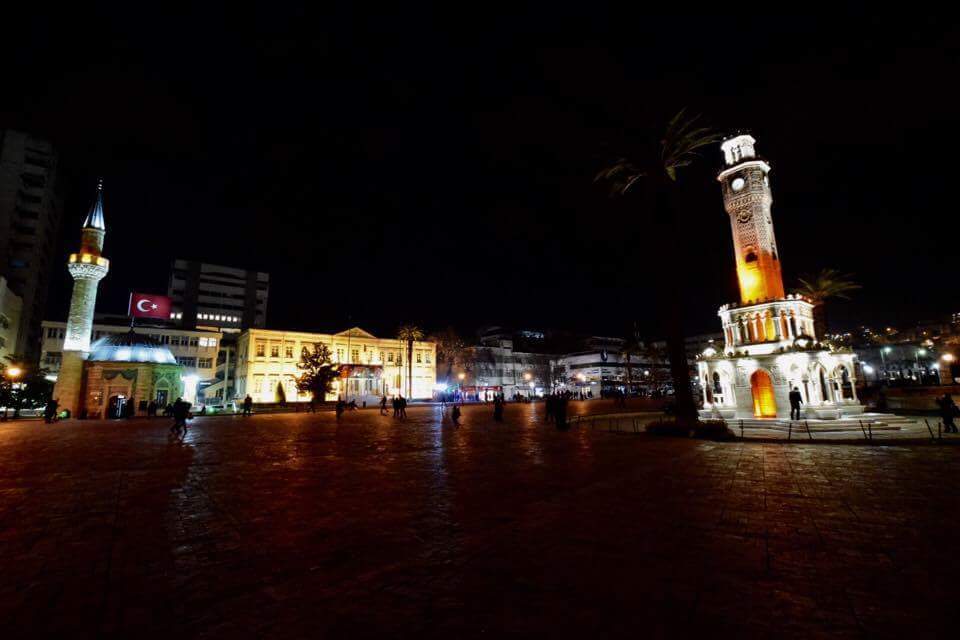 On our second day we visited what is probably the best-preserved and restored ancient Greek city in the Europe – Ephesus. Only an hour or so drive from Izmir, we left in the morning to see it at its best, before the crowds arrived in tour busses and the sun became too hot.

Once one of the most important Greek port cities for international trade, Ephesus was also a centre for academics, culture and the arts, with two amphitheatres and a great library, all of which have been largely uncovered and reconstructed. Unfortunately, after 2500 years of population and years as a thriving hub of one of the greatest civilisations in history, the city was ravaged by a series of earthquakes and conflicts which ultimately led to the abandonment of the city. Over the hundreds of years, multiple earthquakes and that followed, the city was covered by earth and rocks, only to be rediscovered in around 1860. What fascinated us the most about Ephesus was just how advanced the city really was, with systems of running water, natural cooling and lighting. 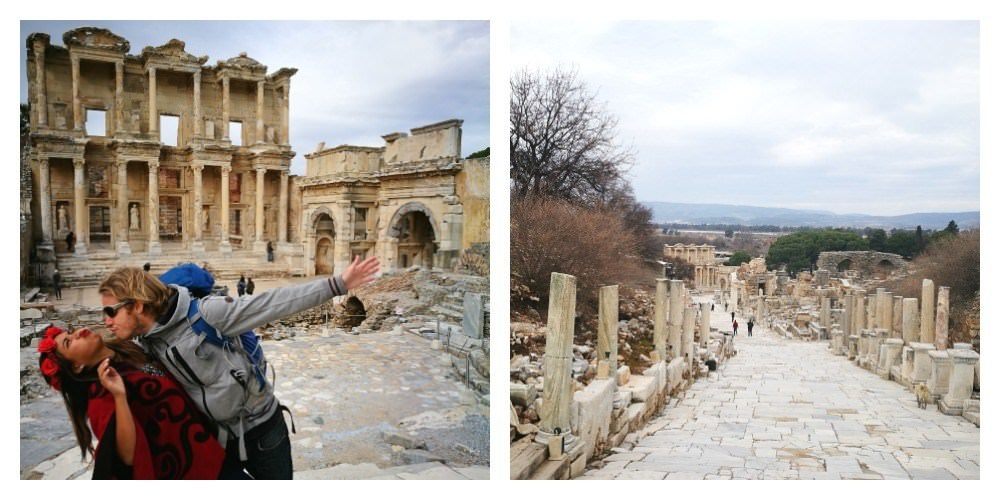 From Ephesus we went to lunch, then headed up to the hillside town of Şirince, with a short stop to visit the tiny chapel which is thought to be the place where Mary, the mother of Jesus, lived out her final years. The town is a very popular spot with foreign and local tourists, since the air is cooler there are stunning views across the valley to the horizon. 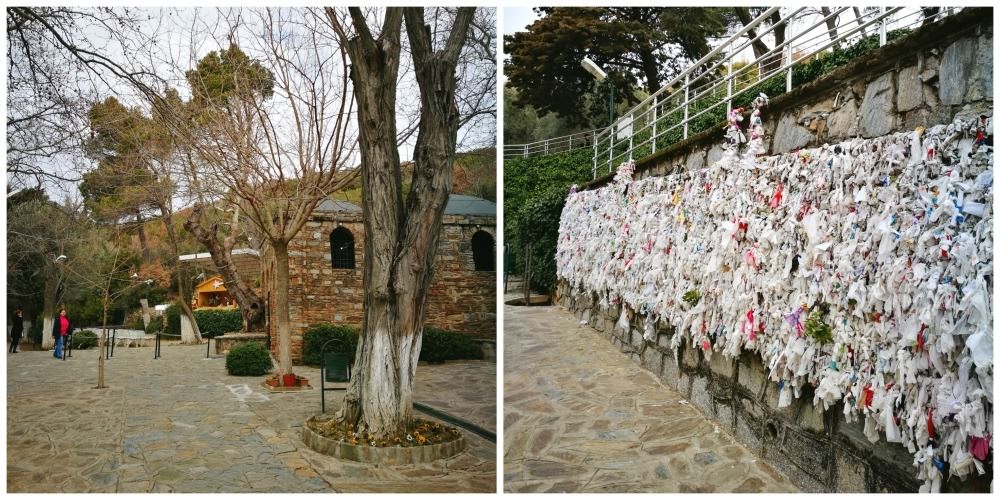 That’s not everything though, because the town has a rich tradition of wine production, crafts and textiles, namely in the production of beautiful handmade felt. In at least one of the shops that line the steep, cobbled streets, you can see how the felt is made, so you can see how much time and skill goes into it before you haggle over the price of the rugs, hats and handbags! 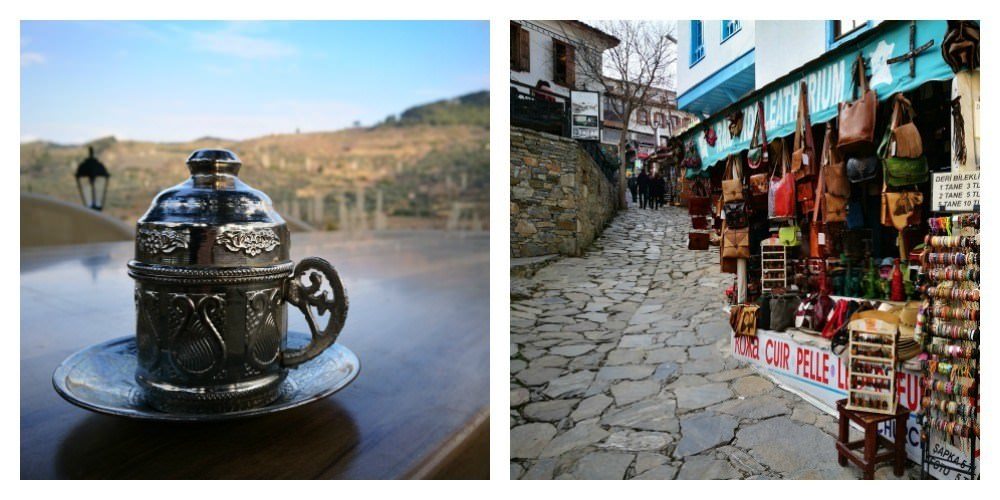 With a Turkish coffee at the outdoor cafe overlooking the surrounding hills, our two-day trip to Izmir came to an end and we made our way back to the airport to catch our evening flight back to Istanbul and onwards to Manila. The next time you visit Turkey, then make sure you save a couple of days for Izmir, you’ll be glad you did!

When you start planning your own trip to Turkey, be sure to check out your visa eligibility for your own nationality which is very simple to do using a reputable online Turkey Visa Service. 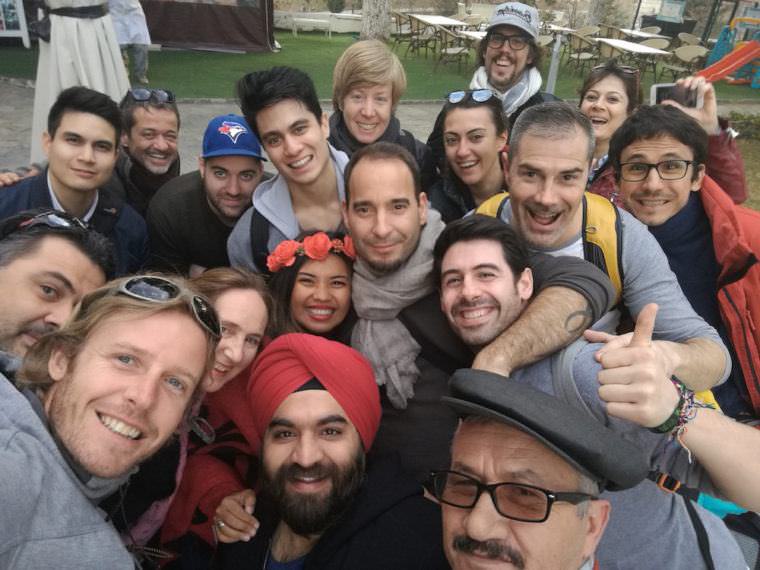 28 thoughts on “The best way to spend two days in Izmir, Turkey – Exploring Ephesus and Şirince”

7 Awesome things To Do in Antwerp, Belgium @wondwand

7 Awesome Things to Do in Athens, Greece @WhyGoGreece