At just 30 miles across Menorca is much more accessible than its neighbouring Balearic islands, Ibiza and Majorca, in terms of exploring the outdoors. Its off season population is just 30,000 which, even when doubled in peak season, means visitors are guaranteed the feeling of having the island all to themselves to explore. With year-round greenery provided by evergreen shrubs tourists can take advantage of countless miles of routes to cycle or hike in a comfortable climate. 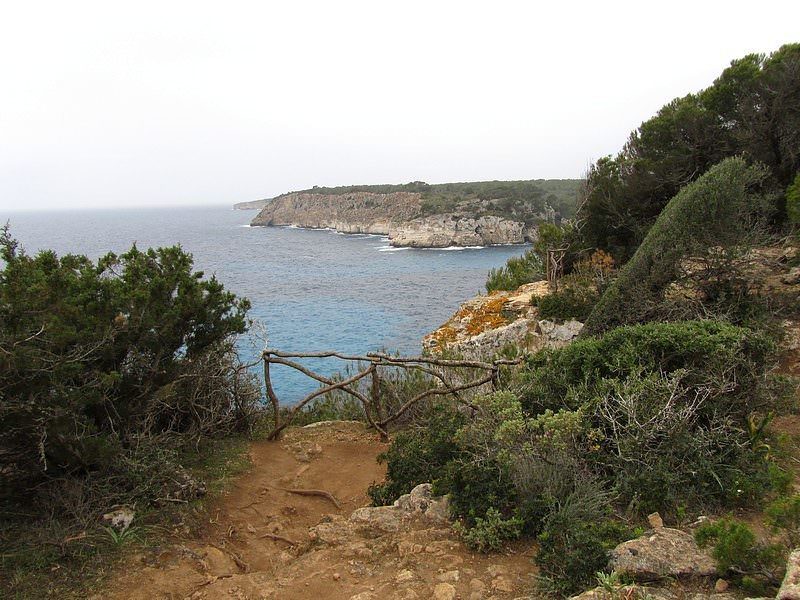 In 1993, Menorca was declared a Biosphere reserve by UNESCO, a status awarded to recognise the careful balance in place between economic and social development and consideration of the natural environment. In Menorca this means preservation of thousands of prehistoric archaeological remains dotted throughout the varied Mediterranean landscape of sand dunes, grassy wildflower meadows and a rugged coastline of caves, coves and isolated little beaches. In the 1970’s some high-rise developments sprang up but on seeing the effects of these on neighbouring Mallorca the government enforced laws banning construction higher than 3 stories on the coastline, meaning that much of it is accessible only by foot. 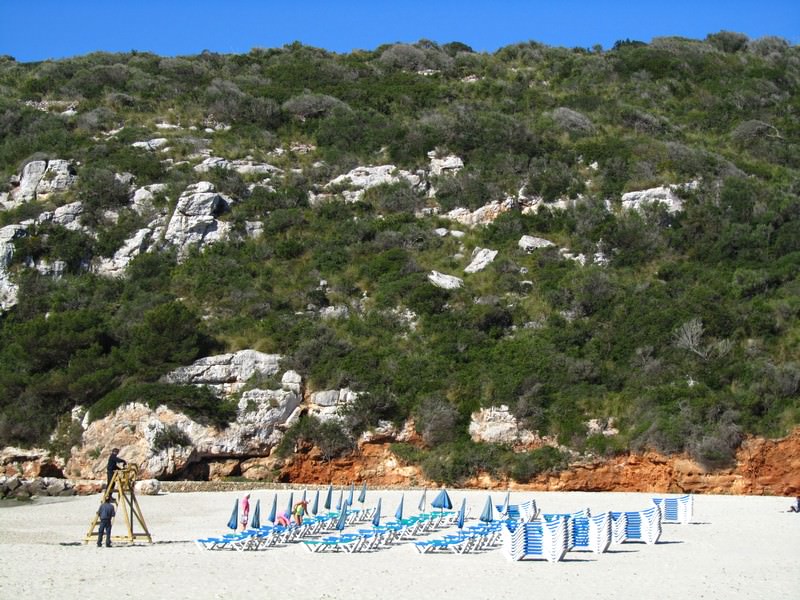 One that is accessible by car is Cala en Porter, where we met the guides from Menorca en Kayak. We began at a gentle pace in pairs, paddling around the scenic cliff side hearing stories of pirates escaping shipwrecks, and hippy cave hideouts in the early 2000s. The sea was perfectly calm and we spent a little time exploring these many caves that are lined with algaes of varying colours and turquoise water that seems to be illuminated from below. 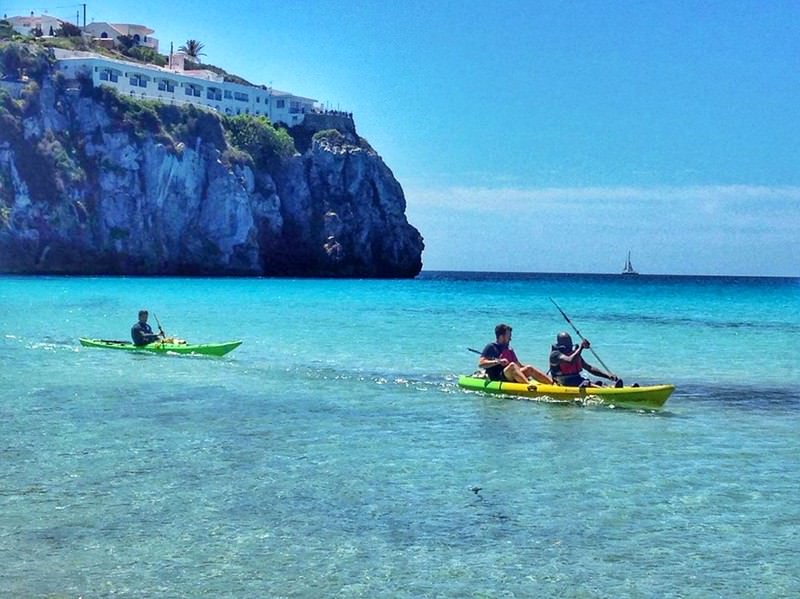 After an hour or so we turned into a wide cove (Calas coves) a lovely calm spot basking in bright sunlight. Stepping out of our kayaks we immediately sank into some strange dried plant residue that lines the shore (supposedly this is incredibly good for the skin and we would pay a lot of money for this treatment in a spa…) it’s not the most pleasant sensation regardless of its benefits to the skin but from here we were able to hike up the rocky path up the cliff side to explore the caves built into the rock, originally created as tombs but more recently used as shelters for those looking to take advantage of the sensational setting and natural spring water of the area. Today they are protected from this for safety reasons but you can still see evidence of the cave’s previous inhabitants. A short climb up the other side of the cove led us to a wall of ancient roman scriptures carved beneath the shelter of an overhanging rock.

The Cami de Cavalls is an unbroken path running the entire 186km coastline of the island. Three centuries after its creation as a supply and patrol route against invaders it is now split into 20 signed stages to be explored on foot by walkers or on horseback with a guide. We would have loved to hike the entire length but unfortunately our short trip only allowed a quick exploration of one small section from our hotel at Cala Galdana.

Even so, in just an hour of walking (very slowly due to too many photo opportunities) we passed along narrow cliffside paths guarded by the typical Menorcan rustic fencing, wide wooded tracks and steep steps carved into the rock. The path often drops down into small, secluded beaches making the ideal rest stop for a quick dip. 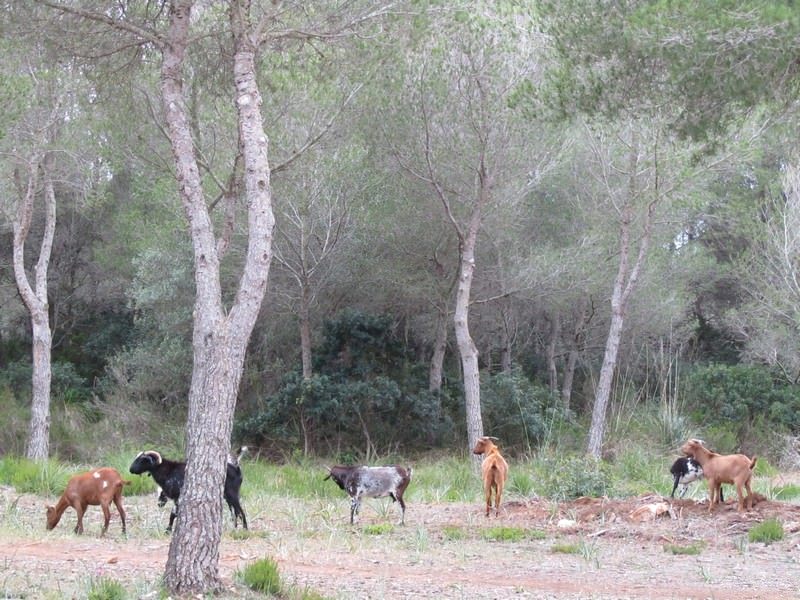 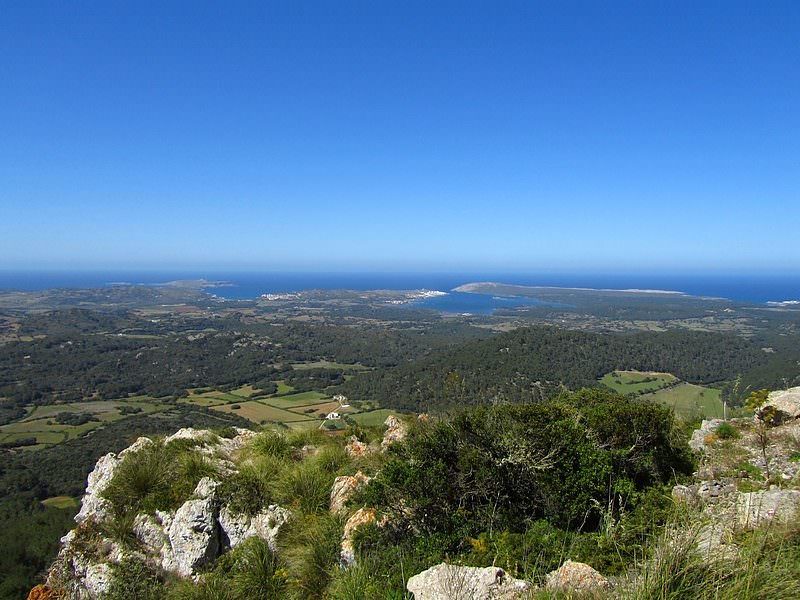 Although it is not too high itself, the highest point of the island offers panoramic views of the island and the entire coastline which is still completely unspoilt with nearly no coastal roads. We wound our way up the pretty road leading to the chapel perched on top of the hill, at this time of the year (we visited in early May) the wind is quite fierce but we took shelter in the lovely quiet courtyard lined with potted flowers and trailing plants. 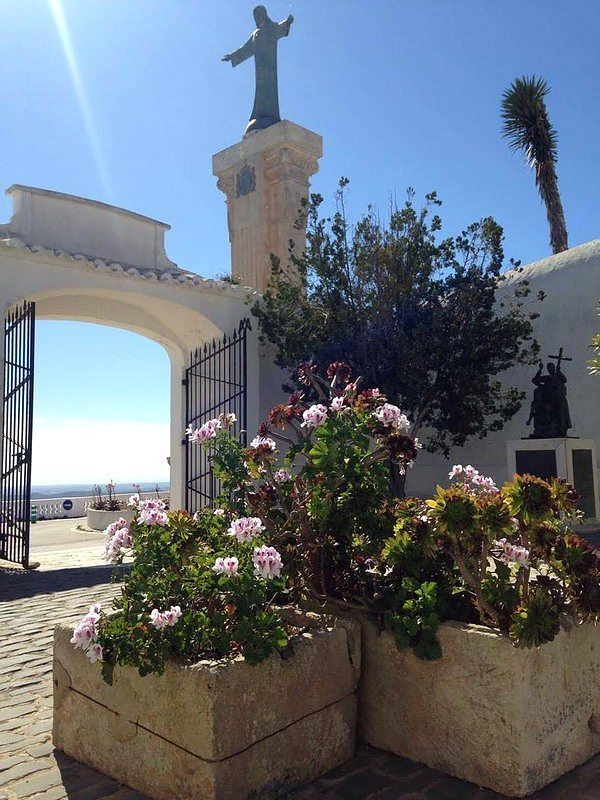 Known to the locals as a spiritual centre, the chapel centres around the statue of the Virgin Mary, legend has it that the local townspeople saw a light shining over the spot and were led by a bull that broke open the rocks to reveal the statue.  Although the chapel itself is quite plain the story is fascinatingly displayed around the walls through painted canvases, original artifacts and the central altar magnificently showcasing the original statue.

Cycle across the island

While we chose to walk the Cami de Cavalls much of it can also be seen by bike. Once keen cyclists have exhausted the perfectly secluded beaches and coastal tracks they can then head inland to cross all kinds of terrain from Kane’s Road (the oldest road on island) to unpaved bumpy routes connecting the many Talaiotic Megalithic stoned dotted across this fascinating stretch of land.

There are 32 archaeological sites such as this Taula enclosure that support Menorca’s bid for UNESCO World Heritage Site, the Naveta Des Tudons is one of Europe’s most significant prehistoric monuments

There are 16 guided cycle routes spanning the whole of Menorca of varying ability levels but thanks to its size there is no real risk of getting lost. A wrong turn will only lead you to more pleasant surprises, but be sure to wear a helmet at all times as this is required by Spanish law. 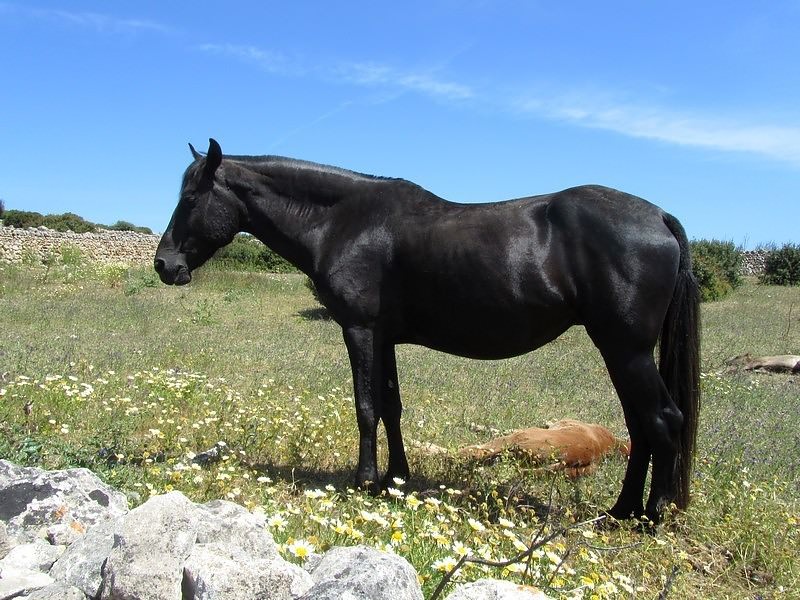 A couple of hours flight from London or Spain I hope to add this to the list on my next visit! Our three day whistle-stop tour of this virtually untouched island showed us that whichever mode of transport you choose to see it from the route will be full of surprises, history and outstanding natural beauty.

Note: Holly Howe travelled to Menorca as part of a blogger trip with The Travel Mob and Menorca Tourism. 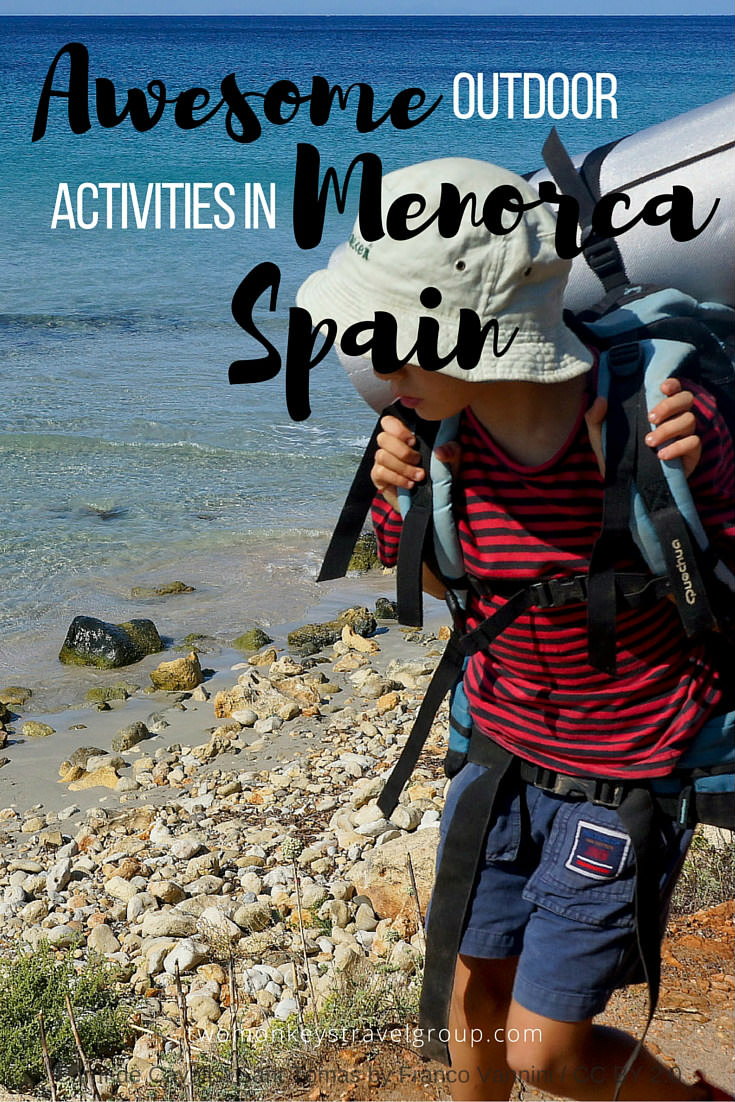 3 Reasons Why You Should Visit the Holy Land NOW