This artisan guide to Menorca will show you a new side to this small Spanish island. The Balearic islands  off the coast of Spain for many people would conjure up images of pristine Mediterranean beaches and amazing seafood. This is a completely accurate image but on my recent trip to Menorca one of the main things that struck me about the island was the impressive number of small boutiques in both the busy port town of Mahon and the charming cobbled streets of Ciutadella. Independent stores are very prominent to the local economy with residents preferring to avoid large brands and a government that discourages the building of large shopping malls with international chains that would damage trade for smaller stores. There is actually a law in progress that will prohibit them being built ensuring that local businesses continue to thrive by offering unique products made by artisans on the island or the mainland. 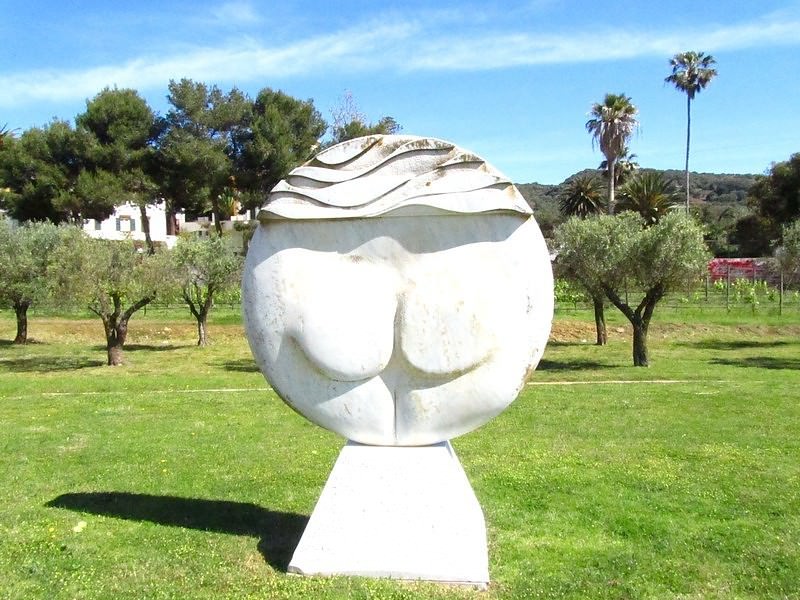 For this reason the island retains a nostalgic, old world feeling exemplified by little details like the green wooden shutters found throughout Mahon, created from the leftovers of British ships. The architecture itself is a fascinating mix with highlights being the city’s baroque style town hall, Spain’s oldest opera house built in 1829 still standing in Mahon and the Santa Maria Church, fairly modest in decoration until you turn to see what is officially the 3rd most significant organ in Europe, built in Barcelona, Spain and sponsored by rich British merchants. It miraculously survived the Spanish civil war and is still in use today since its creation in 1810. 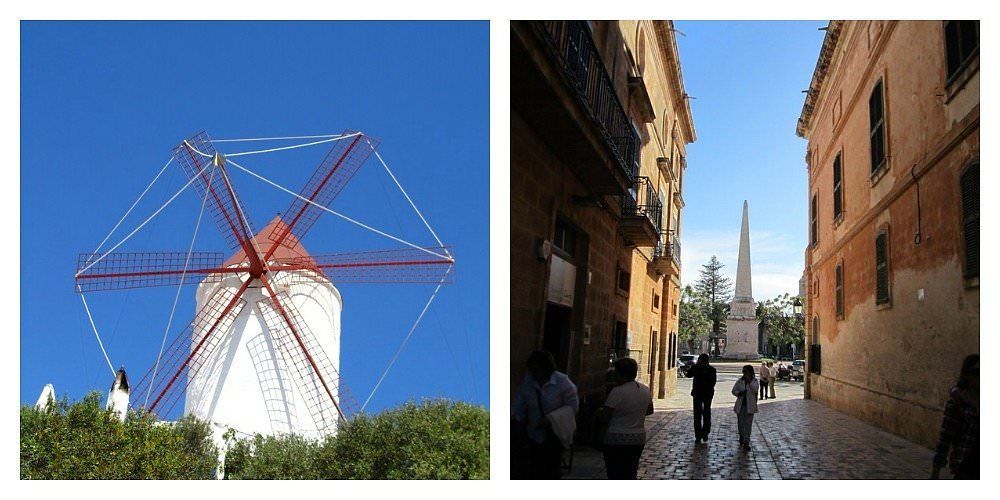 The second day of our trip to Menorca revolved almost entirely around food and drink as we were invited to visit two of Menorca’s best examples of artisanal produce. First stop was at L’Hort de Sant Patrici, a winery and cows milk cheese producer. 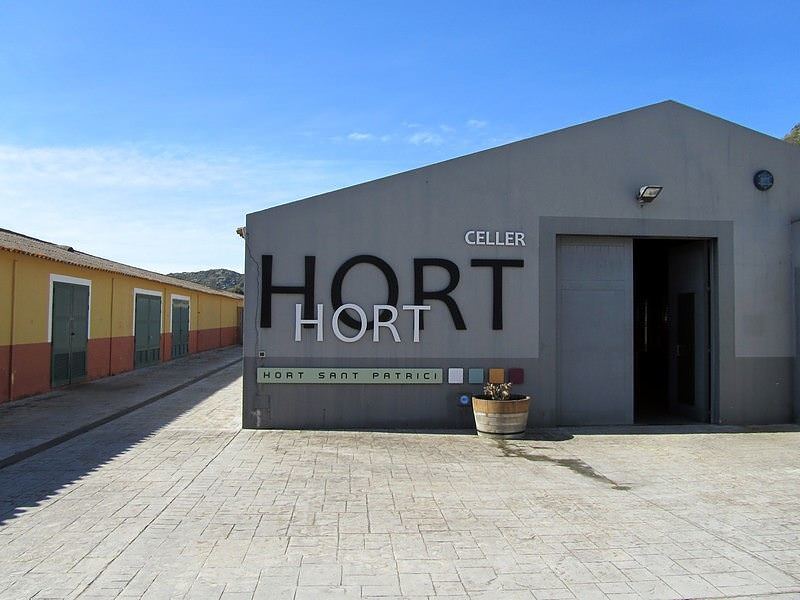 There are 8 boutique bodegas in Menorca and this one is particularly special amongst them due to the existing grounds and beautiful house now serving as a hotel and bio reserve, in fact more than 40% of the island is protected for wildlife and nature reserves. 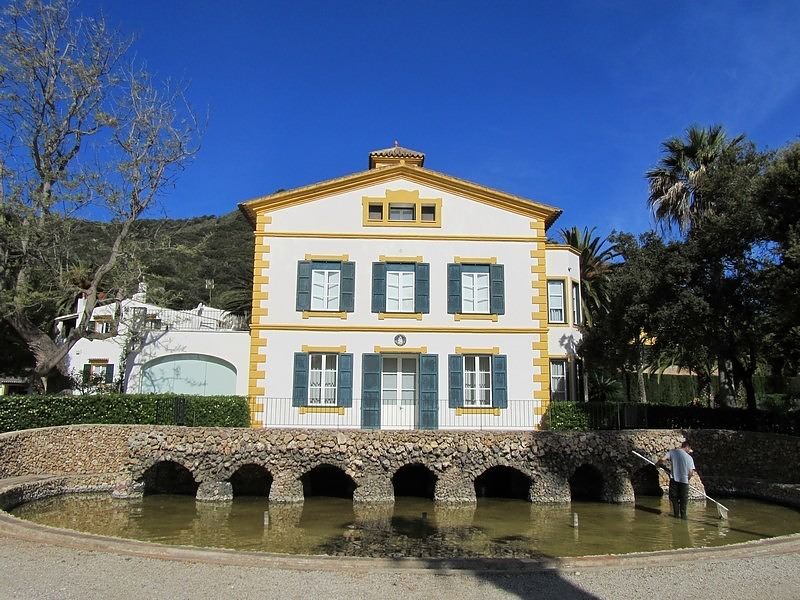 Pulling off the quiet country lane up the tree-lined driveway our first view was the lovely guest house known as Palacete de Ca Na Xini, originally built in 1919 as a private home and lovingly restored in 2005 to offer 8 rooms to visitors looking to be immersed in the Menorcan countryside. The ochre yellow brickwork and classic green shutters make the building blend beautifully with its surrounding vineyards and  sculpture garden, wine production restarted here in 2001 after wine lice destroyed the indigenous grape previously grown here. 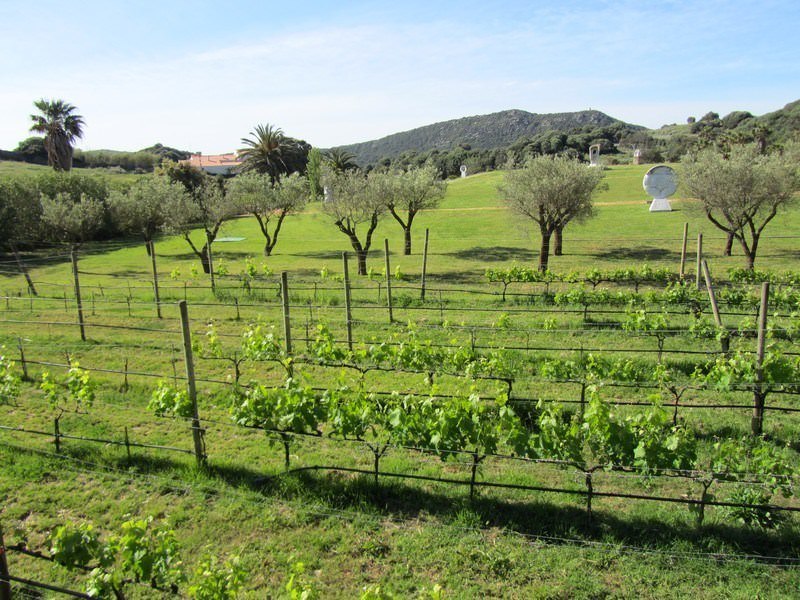 After watching the cheese makers hard at work pressing out the whey and wrapping the traditional cows milk to ferment we moved on to the bodega to try a Cabernet Sauvignon aged in French oak barrels and cheese of varying maturities as we learnt about their tried and tested methods for achieving their uniquely blended flavours. 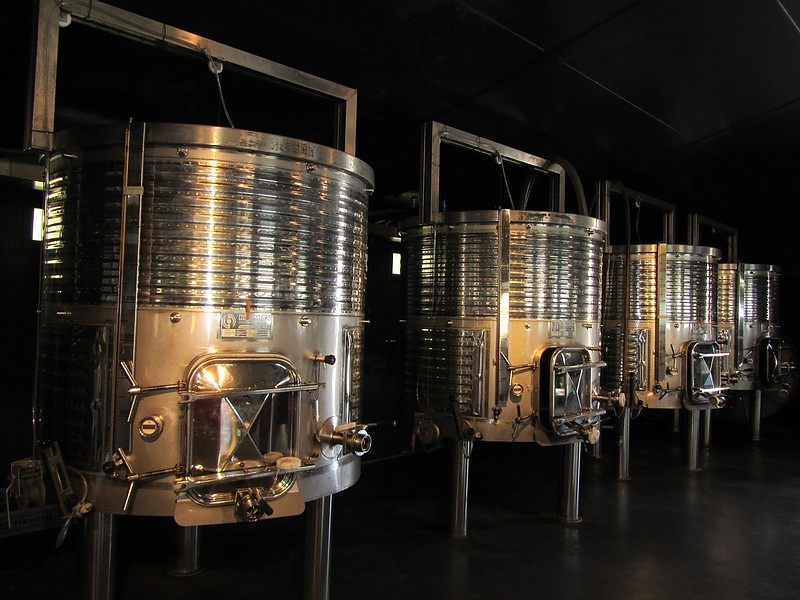 There is a shop on site stocked with all of their wines and cheeses but these are also available in supermarkets and specialist shops in the towns as well as mainland Spain, just look out for the place of origin chip placed in each cheese to prove the farm, maker and time of production.

Next on our artisan tour was even more alcohol in the form of Menorcan gin at the Xoriguer distillery. Due to Menorca’s almost century long occupation by British soldiers and sailors, a local version of the popular spirit was invented using Mediterranean grape alcohol flavoured with then imported but now locally grown juniper berries. Today it is traditionally drunk with two parts lemonade, a combination known as Pomada which we were warmly encouraged to try at every mealtime, and is even blended with ice to make a refreshing dessert. 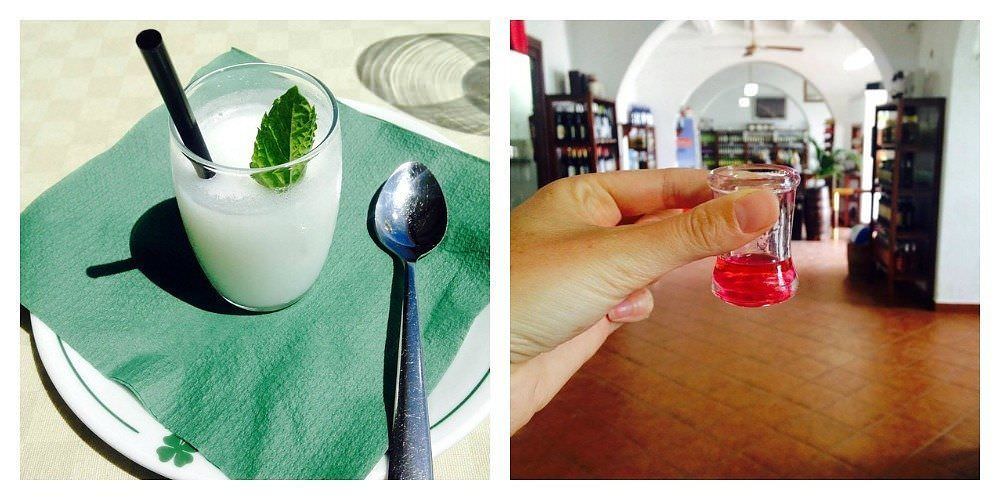 After a scenic glass-bottomed boat around the Mahon Harbour we wandered along the waterfront to the Xoriguer distillery and shop, a family run business . Over the last 200 years many additions have been made to the original recipe meaning visitors now have a world of options to sample, from herb, mint and cinnamon infused to fruit, cacao and coffee variations. Xoriguer is the primary producer of these various gins, still owned by the same family who, in 1784 built the windmill that the gin is named after to process wheat flour. Tours can be booked to see the huge copper gin stills at work on site but we were too distracted trying every type of gin in sight before heading off for a walking tour of Mahon. 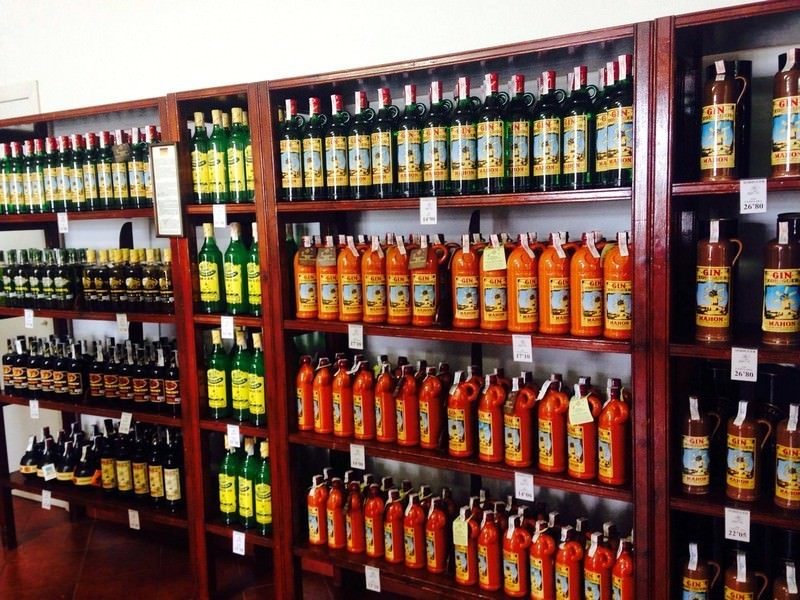 Mahon’s harbour is one of the world’s largest natural harbours at 5km in length, depths of 30 metres and its widest point reaching 1km and so unsurprisingly has been the island’s capital since 1721. Like Ciutadella the town’s shops are filled with locally made items and almost immediately we were drawn into one selling Abarcas, the typical Menorcan shoe. These simple sandals were originally made with re-used car tyres for soles and cowhide leather for straps to be worn in the fields. Today they are not just a humble farmer’s creation but a stylish accessory in every Menorcan’s wardrobe evolved to have varying options of sole, heel and strap. not only are they hugely popular in Menorca they can also be found all over mainland Spain and in some latin American countries. 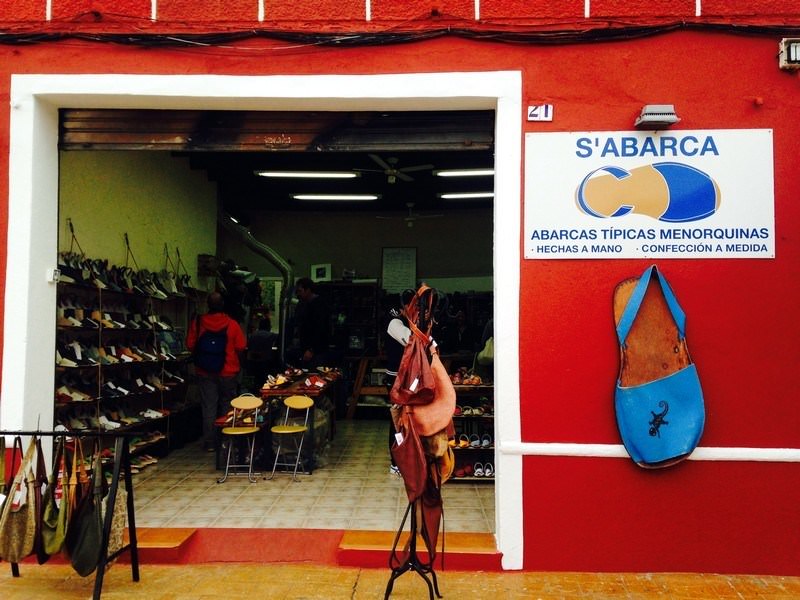 Artisan Guide to Menorca – Made to Measure Abarcas in Menorca

Tourists like us are well catered for with row upon row of colour, texture and pattern combinations to choose from and we were eventually dragged away with just one pair each. Although most of the Abarcas seen in the shops are ready-made there are some smaller family-run operations such as the one pictured above in which you can have your Menorcan sandal made to measure right before your eyes, choosing every detail for a completely custom experience. We were then led, new shoes in hand, through the narrow, winding streets to a former convent framing the corner of a wide, cobbled square which is now home to a permanent market selling speciality food, crafts and clothing and also temporary art exhibitions. 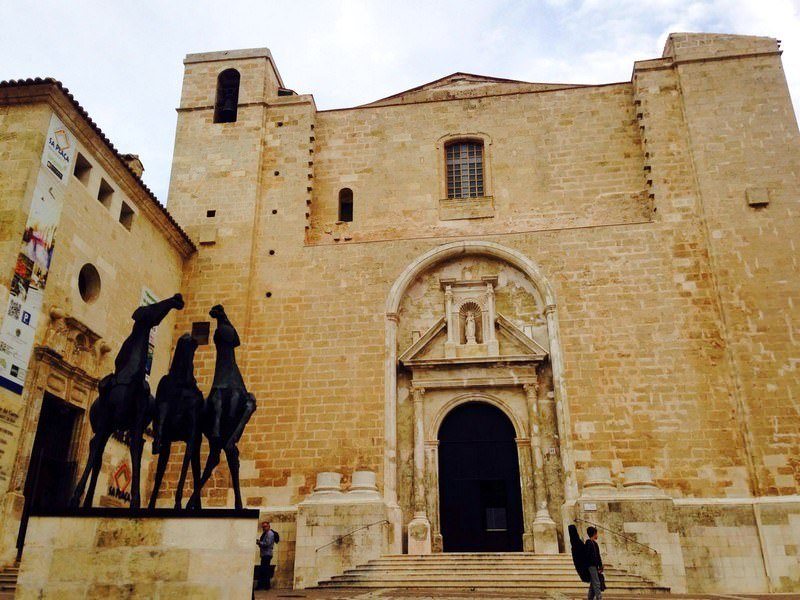 Just next to Convent del Carme is El Mercado de Pescado, which despite the name is more of a social and gastronomic meeting space than just a fish market. The dramatic and decorative black iron gates led to an open courtyard of tables and chairs that our guide explained is, on weekends, filled with locals and tourists sipping locally brewed craft ales that are sold within the market and sampling small tapas plates while musicians play live music, shame for us it was a weekday! 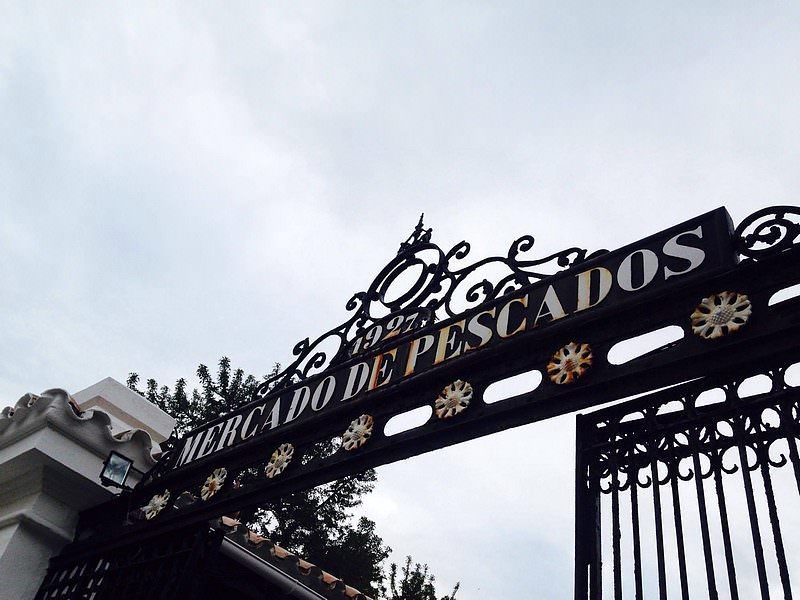 The market itself is open all week however, selling fresh fish and meats as well as the highest quality cured ham and spanish sausages, local cheese and local beers like this Graham Pearce Sant Climent from a local microbrewery on the same site as the popular Es Moli De Foc restaurant, another recommended stop on an artisanal tour of Menorca. 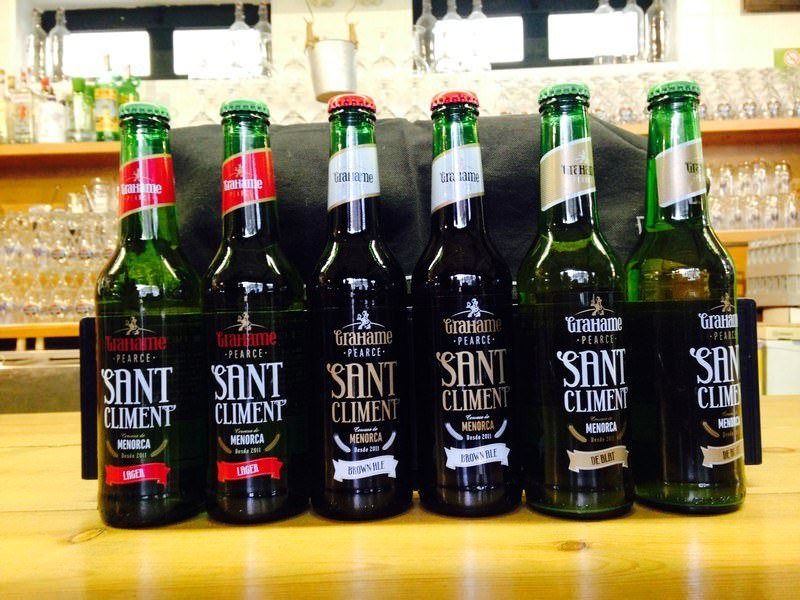 Anyone planning a trip to Menorca should be prepared to bring not only sunglasses and a swimsuit but also a big appetite and plenty of cash to make the most of the unique produce available all over this small but surprising island just a short flight from Spain and the UK.

Note:Holly Howe traveled to Menorca as part of a blogger trip with The Travel Mob and Menorca Tourism. 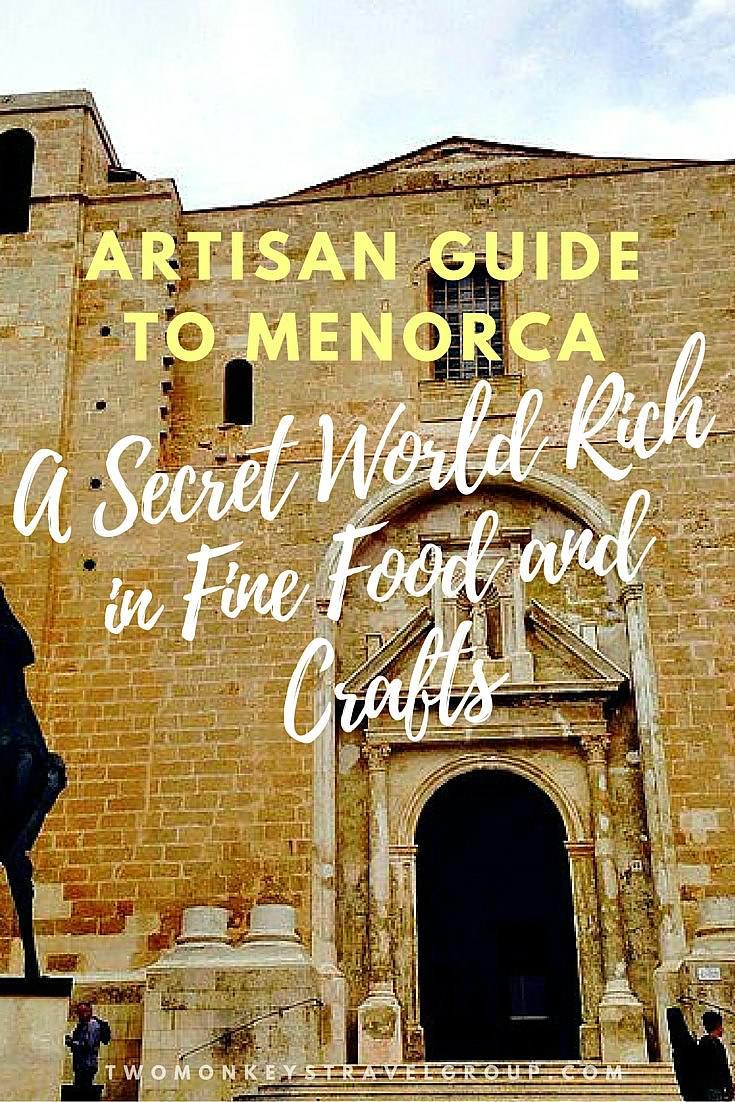 Our Helicopter Ride over the Grand Canyon with Papillon @iflypapillon