For many world travelers, the type and quality of facilities offered by their chosen hotel or resort are just as important as their destination. This is especially true of global gambling fans who seek out breath-taking and luxurious accommodation in the most beautiful and picturesque locales, coupled with world-class land casino games and facilities.

Take Las Vegas, Nevada in the US for instance, the world’s most renowned ‘gambling city.’ Las Vegas is home to hundreds of casino resorts, casinos, hotels, motels, B&Bs and more to suit any taste. Its most well-known – and expensive – casino resorts, however, are located on the famous ‘Vegas Strip’ and often have more rooms than they have games. 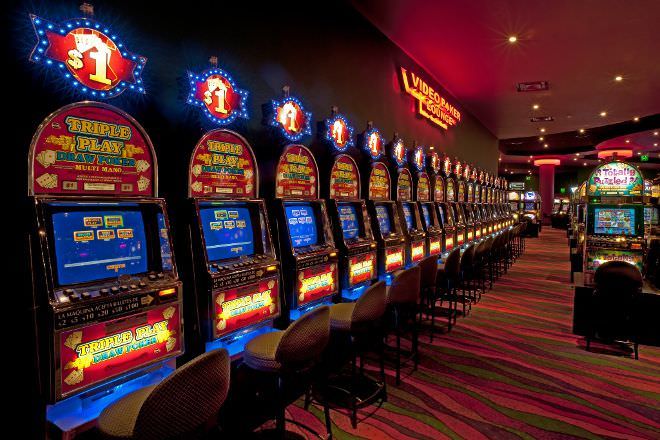 At these, you’ll find all the familiar favorites from Roulette, Blackjack, and Craps to Video Poker, Keno, The Wheel of Fortune and much more, not to mention the most popular and sought-after game of all, slots. In fact, slot games (also called slot machines, fruit machines and ‘one arm bandits’) usually take up the most space of any land casino gaming floor.

As such, slot fans who seek exotic, exciting and indulgent holiday destinations around the world can ‘kill two birds with one stone’ by choosing to stay at or near land casinos with the biggest and best choice of slots in the world. Indeed, when it comes to land casinos with slots galore, the list is long, but here are the ten biggest land casinos to consider: 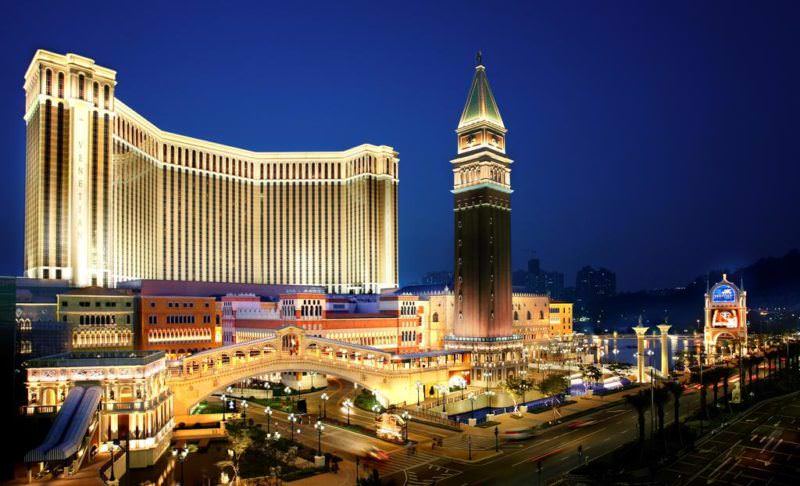 Not to be confused with The Venetian Resort Hotel Casino in Las Vegas, its sister casino is based in the Chinese city of Macau and is currently the world’s biggest casino resort. Since opening its doors in August 2008, this casino has attracted tens of millions of gamblers and tourists alike from all over the world, and it’s not hard to see why.

Situated on 980,000 m2 of Macau’s exclusive and picturesque Cotai Strip, the 3,000 room Venetian Macau has 51,000 m2 of gaming space which houses more than 800 table games and 3,400 slot machines. This means if you had to spend one minute playing every slot in the casino, it would take you over 56 hours to play them all.

Even the world’s premier online casinos – like those seen here – don’t have that many slots. 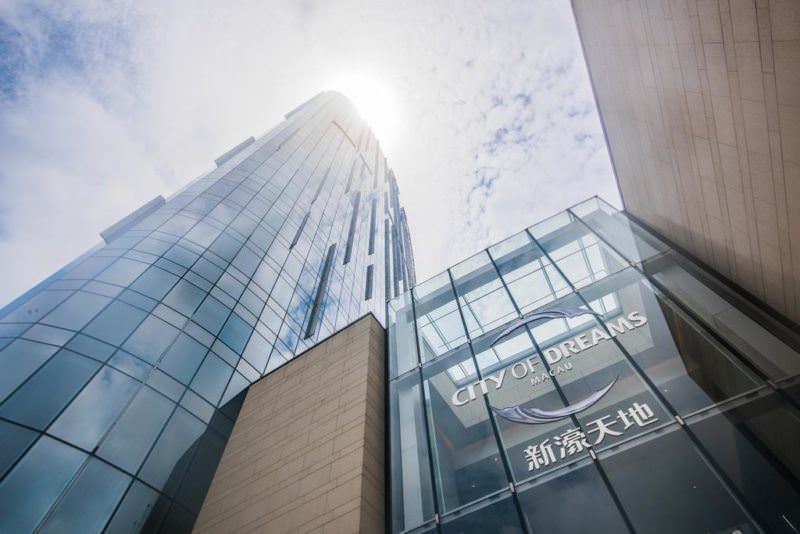 China is also home to the world’s second-biggest land casino resort, the City of Dreams Casino, which is also in the gambling-friendly city of Macau. Owned and operated by Melco Crown Entertainment, the City of Dreams comprises four towers – the Grand Hyatt Macau (two towers), the Crown Towers Hotel and The Hard Rock Hotel.

Constructed on an area measuring over 113,000 m2, the City of Dreams Casino has a gaming floor area of almost 40,000 m2, with over 450 table games and 1,500 slots. With 1,400 high-end rooms and suites, this casino resort attracts wealthy visitors from China and abroad, and no expense has been spared regarding its décor or facilities. 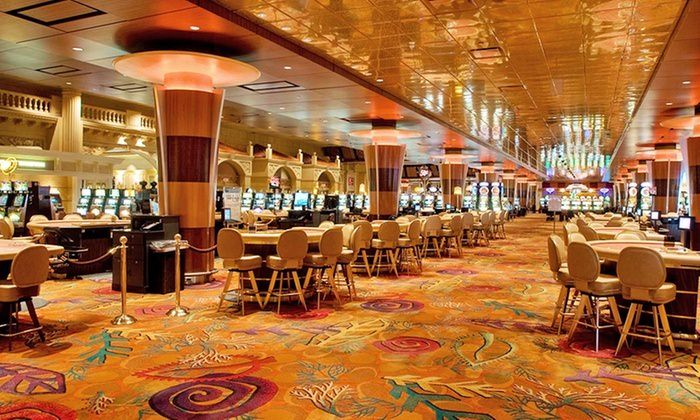 Interestingly, Foxwoods Resort Casino, the largest casino resort in the United States, is not located in Las Vegas or Reno, Nevada, or even Atlantic City, New Jersey, but farther up the East Coast in the small town of Ledyard, Connecticut. Opened in July 1986, Foxwoods is owned and operated by the Mashantucket (Western) Pequot Tribal Nation.

Since its launch over 30 years ago, Foxwoods Resort Casino remains America’s biggest resort casino at over 840,000 m2, 32,000 m2 of which is gaming floor. With over 800 table games and 3,400 slot games, it rivals The Venetian Macau’s gaming floor. Renowned for its serene forest setting, this casino attracts discerning gamblers and tourists alike. 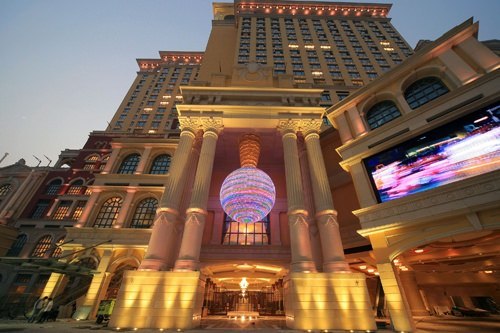 China’s gambling city of Macau is also home to Ponte 16, a popular casino / entertainment resort located next to the city’s renowned Inner Harbor. Since opening in February 2008, Ponte 16 has garnered world attention for its spectacular location, state-of-the-art table games and slots, and for housing Asia’s first ever Michael Jackson Gallery.

The casino owes its striking and appealing appearance to a fusion of Portuguese / Chinese architectural styles. Built on over 120,770 m2 of real estate with a view described as “one river, two banks,” the casino’s gaming floor measures 25,000 m2 and contains 109 table games and 300 slot machines. This Asian casino also has three VIP Clubs. 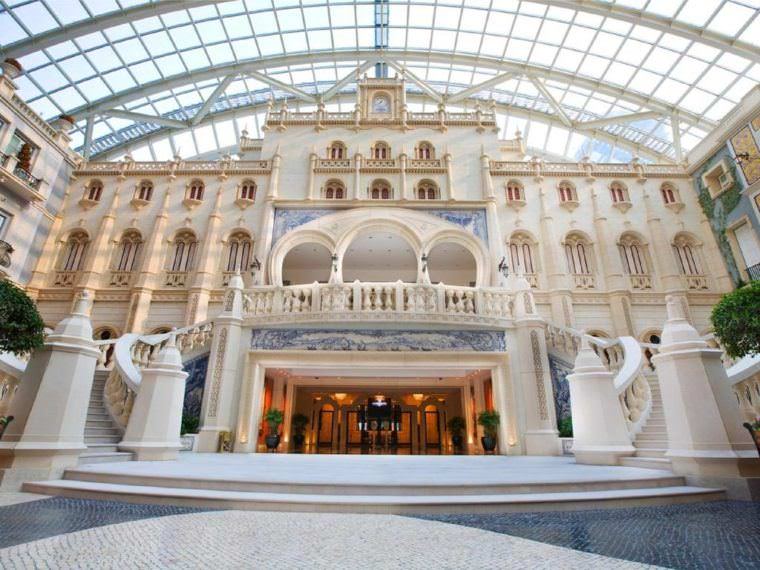 The MGM Grand Macau is yet another example of a massive Chinese casino resort inspired by its famous Las Vegas counterpart. Opened in December 2007, the MGM Grand Macau was the result of a joint venture between MGM Resorts International and Pansy Ho, the daughter of respected Macau casino magnate and entrepreneur, Stanley Ho.

Constructed on 288,000 m2 of land, the property’s golden-hued exterior boasts three wave-shaped tiers designed to reflect the ocean swells of the South China Sea. With a gaming floor measuring just over 20,000 m2, gamblers and holidaymakers alike can enjoy over 400 table games and 1200 slot machines to suit the taste and budget of any slot fan. 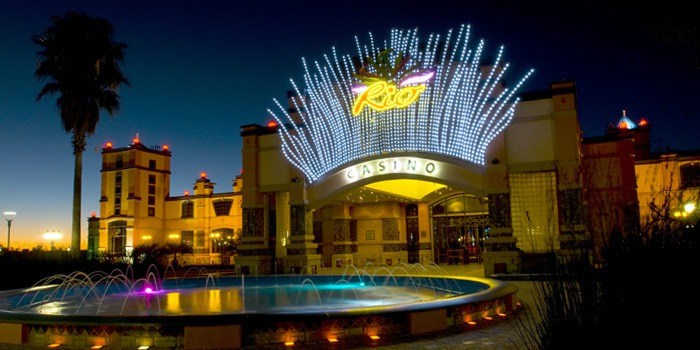 After the slew of northern hemisphere heavyweights above, it’s time to travel farther south to South Africa and Rio Casino Resort, a vast gambling and entertainment complex. Located 160km from Johannesburg, Rio Casino opened in May 2002 under the name Tusk Rio Casino Resort and is owned by local hotel, resort and casino giant, Peermont Global.

Rio Casino is not only the biggest of South Africa’s 38-licensed land casinos but the largest casino in Africa and one of the biggest in the southern hemisphere. Surprisingly, despite the size of its gaming floor (24,743 m2), Rio has relatively few games; just 11 table games and 274 slot machines. It has landed itself on this list because of its stature in Africa. 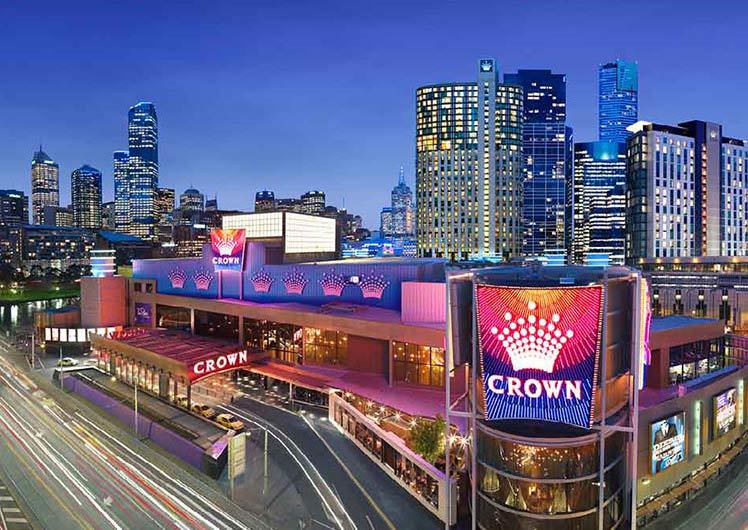 It’s no secret how much Australians love gambling which is why the Crown Melbourne is widely considered one of the country’s ‘gaming jewels.’ It opened its doors in June 1994 in the Northbank of Melbourne but was relocated to the Southbank in 1997, where it still operates from today. Owned by Crown Resorts, it covers 510,000 m2 of real estate.

With an unparalleled view of the Yarra River, gaming fans can look forward to picking and choose from over 540 table games and 2,628 slot machines (or poker machines/pokies, as they’re called Down Under). Crown Melbourne has a total gaming area of 20,438 m2. Children under 18 may access the venue’s shopping and entertainment complex. 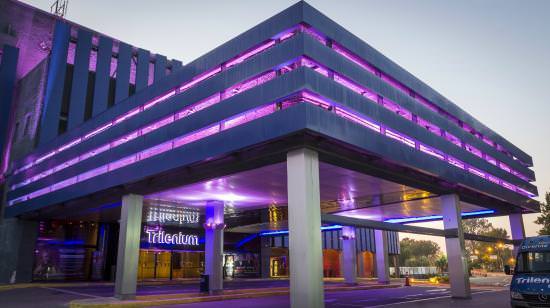 West of South Africa is Trilenium Casino, the largest bricks and mortar casino in Argentina, and indeed South America. Since it opened some years ago close to Buenos Aires, it has been a highly popular gaming, dining and entertainment destination for locals and tourists alike. In fact, it houses many of the city’s and the Tigre Province’s finest restaurants.

Unlike many of the casinos listed here, Trilenium Casino is one of the few that doesn’t offer accommodation. This is not an issue, however, as the top-rated Villa Julia hotel is close by. This means once players have explored its 74 table games and over 1,800 slot machines scattered across its 16,700 m2 gaming floor, a peaceful night’s sleep is not far away. 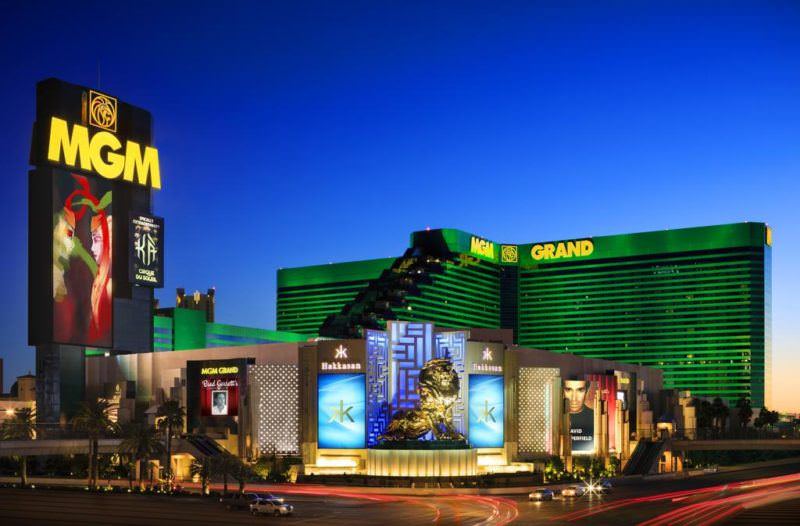 The United States is represented again by the MGM Grand Las Vegas, the largest single building hotel in the country with over 5,100 rooms. When it opened in December 1993, it was the biggest casino on the planet but has subsequently lost that title. Owned and run by MGM Resorts International, the MGM Grand is situated on the famous Las Vegas strip.

Of MGM Grand’s approximate 453,248 m2 property, 15,930 m2 is used for its gaming floor which houses roughly 140 poker and table games and 2,500 slot machines and other gaming machines. Famous for its lion logo, before a renovation in 2012, the casino resort drew vast crowds with its novel glass-sided lion habitat constructed within the casino floor area. 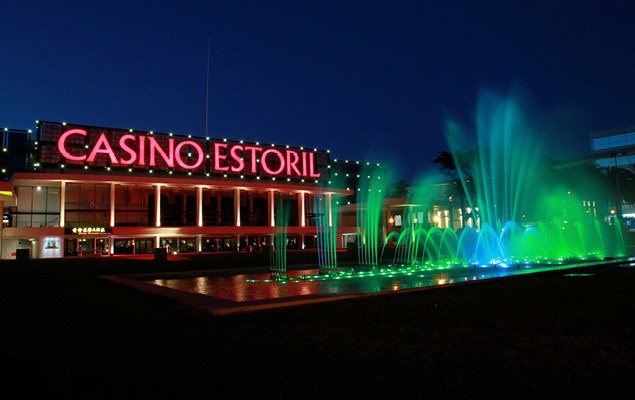 Just making our list of the ten biggest land casinos in the world, is Lisbon’s Casino Estoril, the only entry from Portugal and Europe, and the oldest, dating back to 1916. Supposedly a spy hangout during WW II, the casino served as the inspiration for the James Bond novel Casino Royale. Today it attracts local and foreign gamblers and holidaymakers from all over.

With a good selection of table and poker games, and 1,100 slot machines, there are more than enough games to satisfy even the most seasoned gambling fans. Although the casino doesn’t offer accommodation, it has a big collection of entertainment venues including bars, clubs, and restaurants such as Nobre Estoril, Mandarin Restaurant, and Zeno Lounge.

10 Best Things To Do in Stroud, United Kingdom – Where to Go, Attractions to Visit