Travel with Fred and you need never be lonely. It can be a challenge for some people who live alone and want to go on holiday but, for one reason or another, find themselves without a friend or partner to travel with. Women, particularly, may be apprehensive and concerned about safety, if they’re in the older age group and haven’t had to take this step before, perhaps because of widowhood or divorce. Fred Olsen cruises cater specifically for the over 50s, but the average age of passengers is around 70.

I travelled solo on an eight-night cruise with Fred to France and Spain to discover what it’s like. At Albert Dock, Liverpool, my suitcase was quickly whipped away by cheerful cruise staff to arrive outside my cabin door as if by magic. It took around 30 minutes in all to check-in, walk along the quayside and up the gangplank….I was on board the Boudicca and very excited. Because Boudicca, with a capacity for just over 800 passengers, is small compared with some of the high-rise floating tower blocks which carry some 3,000 folk, it’s easy to find your way around. Smiling Fred Olsen staff ensure passengers feel comfortable and at ease. They remember you and do anything they can to help make your experience happy and problem free. Guest services attendant, Debbie, from the Philippines, told me she and her siblings were named after film stars or celebrities – Debbie (Reynolds); Michael (Jackson); Donald (Sutherland); Mae (West); Diana (Ross) and Donna (Summer). 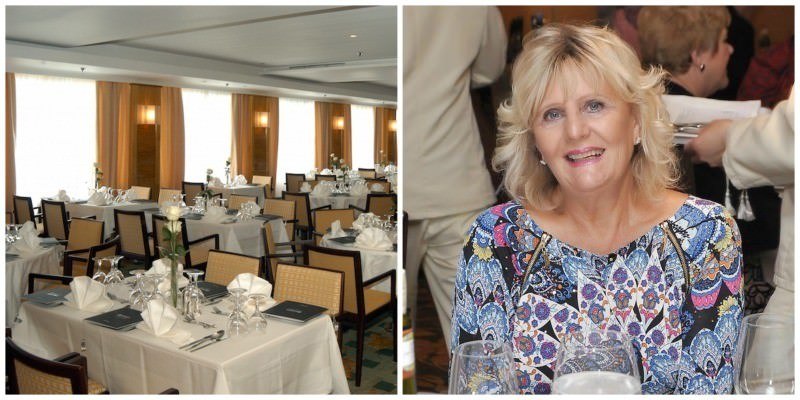 Two Monkeys Travel – Fred Olsen Cruises – How does it feel to go solo?

There are regular get togethers for solo travellers. There were 63 female and 27 male passengers on board. In the Heligan Restaurant, I sat at a circular table with three men and three ladies, all lone travellers. It didn’t take long to bond, chat about our families, our lives and what we’d been doing during the day. We laughed a lot, enjoyed the fantastic food and drank wine. The drinks package is a very reasonable £10 a day. Sybil, 77, from Flixton, Manchester, began to travel alone after she was widowed. She feels at home with Fred Olsen and likes the fact that on a cruise she doesn’t have to eat alone. Margaret, 74, from Liverpool, has been widowed for 27 years. Not having to choose at hotel and make other travel arrangements is one reason she chooses to cruise. “The Boudicca isn’t too big and it’s easy to pal up with people,” she says. As for myself? I loved having a cabin to myself, making my own decisions, feeling independent but with the option for companionship. 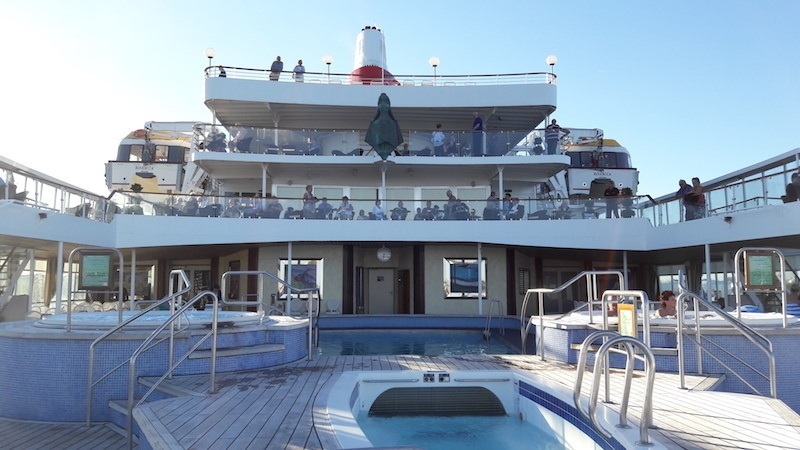 Life on board can be as busy or relaxing as you choose. On sea days I found a quiet spot to have a coffee and read, took a bracing walk around the deck a few times or attended port lectures. Some play bridge, bingo or have ballroom dance lessons.In the evening, solo ladies can take a turn around the dance floor with gentlemen hosts. As we sailed towards Spain the weather warmed and I lazed on the sun deck. Others swam in the heated pool or de-stressed in the hot tub. Following a Thalgo anti-ageing facial in the Spa salon, one passenger asked If I’d had a face lift! Good result. 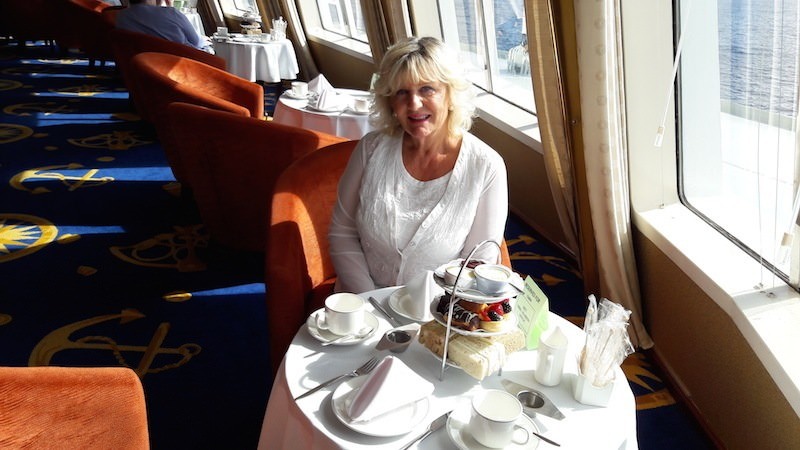 Served in the Observatory Lounge, the white-gloved, traditional English afternoon tea service offers a choice of teas, dainty sandwiches plus mini chocolate eclairs, berry tarts and Victoria sponges, warm scones with jam and cream. Very naughty but extremely nice. Food is high quality and top class. Choose from the menu or select from the splendid buffet. The Chateau Briand was perfection. In The Grill, I savoured expertly-cooked halibut. Desserts are irresistible. After dinner, there’s a nightly show in the Neptune Lounge. 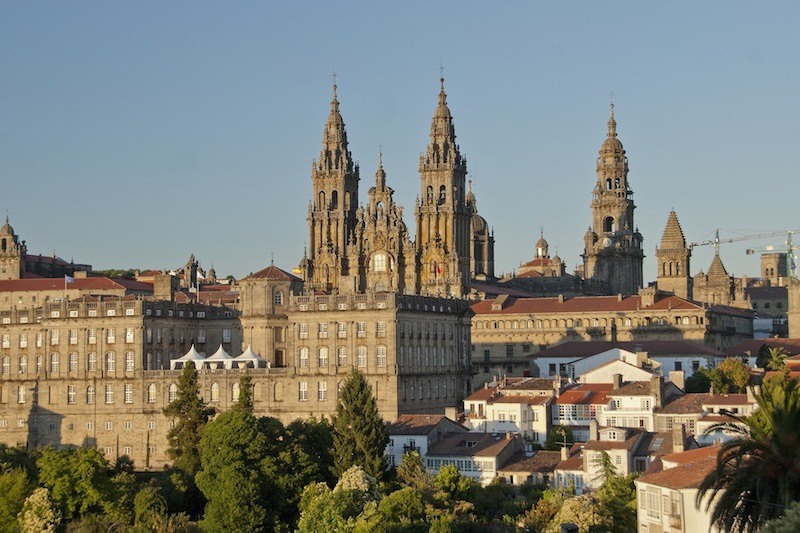 Seafaring city, El Ferrol, in Spain, was our first port of call. Many guests travelled to the holy city of Santiago De Compostella. Pilgrims walk the 120 kilometres to the cathedral from El Ferrol. The Guggenheim Museum in nearby Bilbao is also a must-see stop. I went by coach, with newfound companion, Mary, an elegant 84, from Blackeney, Norfolk, to the charming, medieval village of Betanzos, where we walked the cobbled streets, viewed the old church and strolled around the beautiful gardens of the 18th century Pazo de Mariñan finion the banks of the Betanzos and Mandeo rivers. The week previously, long time divorcee, Mary, had cruised the Scottish Highlands and stayed on Boudicca for another week. A committed Fred Olsen fan, she feels secure and safe on a cruise. From Celtic Galicia our sail away from the port was heralded with the sounds of bagpipes played on the quayside. 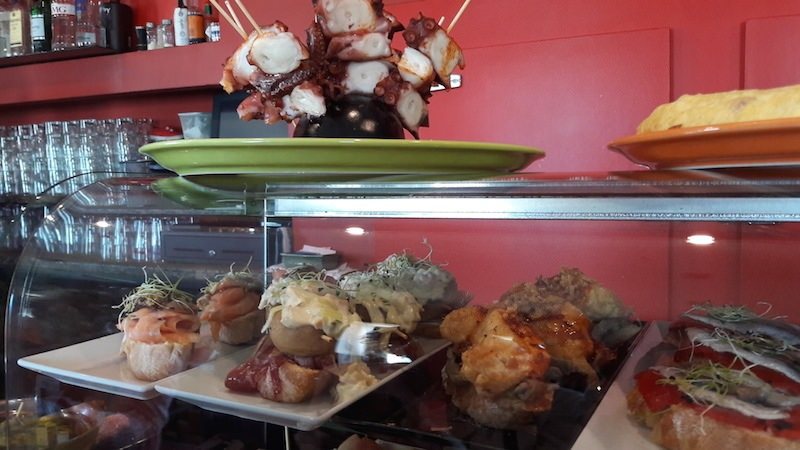 In Getxo, the main port for Bilbao, the Vizcayer transporter bridge over the River Nervion comprises two slatted steel tower supports, each 65 metres high, supporting the 164 metre long bridge. A ferry takes cars across. Foot passengers take the lift via one of the towers and then traverse a walkway to the other bank. I think I’d be swimming across. In Getxo beautiful 19th to early 20th century mansions, designed by British architects, with balconies, turrets, balustrades and pillars stand proudly. At an old, wood-panelled tapas bar in Portu Zaharr, we tasted pintxos, or tapas, which comprised skewers of green olives, pimientos and anchovies plus, for the brave (not me!) whole vegetable-stuffed baby squid, which appeared barely old enough to leave their mothers. Here, a glass of rose wine cost just 1.20 euros. The views across the sweeping golden-sanded Portu Zaharra bay pounded by foaming waves of the Atlantic ocean were stunning. Basque country at its best. 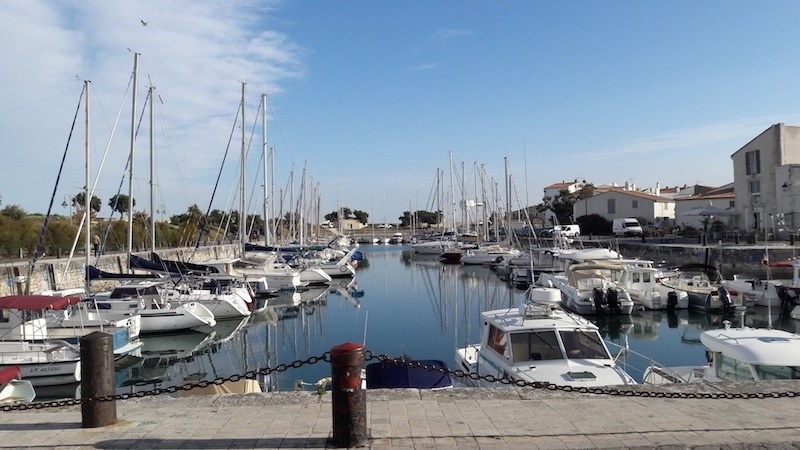 From La Pallice, on the west coast of France, some cruisers took a horse and carriage ride around the maritime port of La Rochelle. Our coach took the road and crossed the two-mile toll bridge to the very French, tres chic, Île de Ré, a favourite haunt of Parisians in the summer and famed for lovely beaches, picturesque little towns, pine forests and salt and oyster beds. No tourist tat, here. We sipped strong coffee at a tranquil pavement cafe in the fortified capital, Saint Martin de Re, aside the small, quaint harbour. 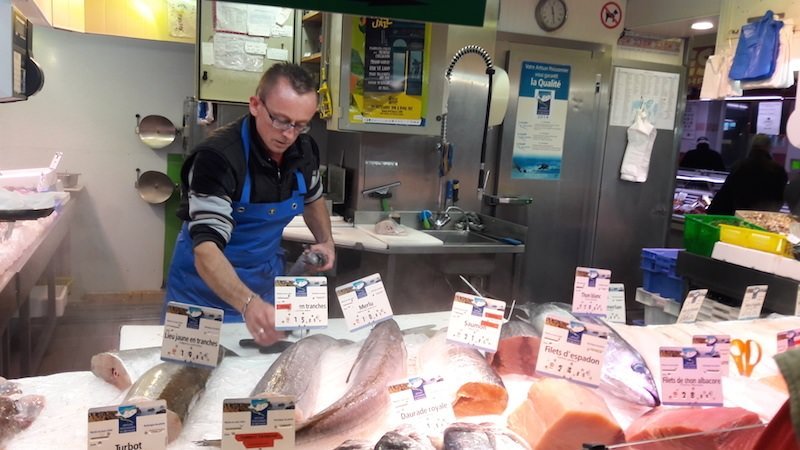 As we crossed the Bay of Biscay on our return voyage, the weather became a little cooler. Jackets were on again at the port of L’Orient, capital of Finistère, Brittany. for our visit to Quimper. The atmospheric old quarter features half-timbered Medieval houses and shops and a Gothic, twin-spired cathedral, which dates back to the 15th century. Seasoned solo traveller, Tina, 64, from Wolverhampton, and I mooched around the fish, fruit and cheese market. Tina has cruised to the Amazon, and has spent time in China and India. She says: “I like my own space. It’s important to me that I do what I want when I want. 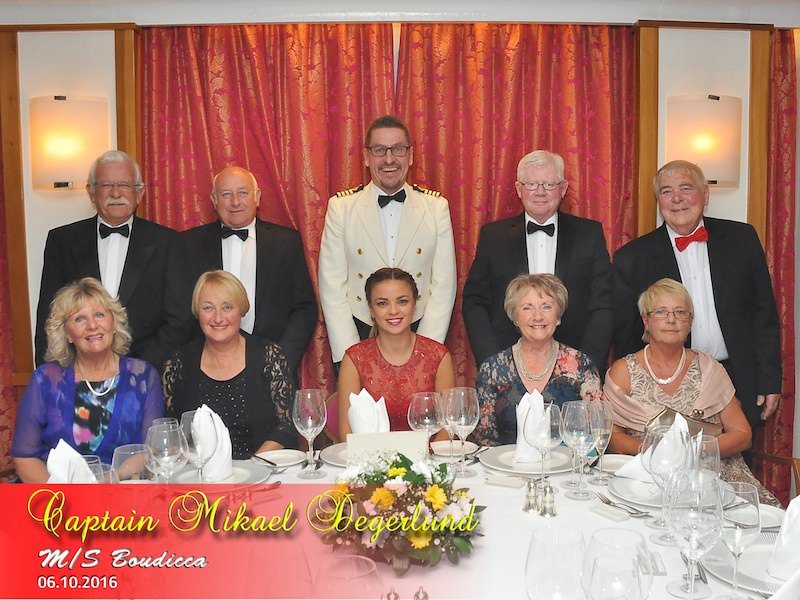 While I was on board, on one formal evening, I was invited, along with other solo passengers, to dine at the captain’s table. Seated next to Captain Mikael Degerlund, of Finland, I asked him about the annual Fred Olsen mystery cruise. Apparently, the ports of call on this voyage are identified two years in advance and only two or three people, including the captain, of course, know where the ship will sail beforehand. Passengers are not informed where they will be the following day until the night before they dock. What would the weather be like? I wondered how they decided what to pack in their suitcases! But would I really care? If Captain Mikael was at the helm, I’d follow him anywhere!

For further information on this and other cruises check their website www.fredolsencruises.com or call tel 0800 0355 242

Thanks to Fred Olsen Cruises for providing this cruise. All statements and opinions belong to the writer!

5 Reasons You Should Stay in the Luxurious Orestone Manor – Devon, Southwest England