Located 82 miles from the national capital of San Jose and just south of the city of Quepos, Manuel Antonio National Park is perhaps one of the most biodiverse parks on the planet and one of Costa Rica’s biggest tourist attractions. After visiting, it’s clear to see why.

Named for a Conquistador who was buried there and established in 1972, Manuel Antonio is bursting with conquest and surprise. Born to provide access to all and share the beauty which Costa Rica beholds, the locals and the government made sure conservation of the land was fair and intervened any unethical behaviour. 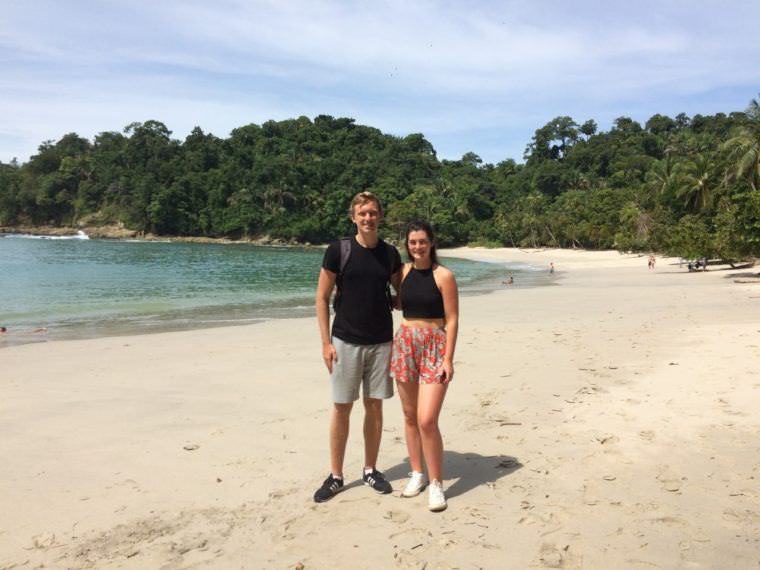 Upon approach to the national park, crazed Ticos dash between cars on the road, determined to pull you into their overpriced car park. Some literally stand in the middle of the road, right in front of your car, directing you to their car park. Great start. But do not be disheartened! Drive right past the  maniacs and you’ll pay reasonable parking prices, plus an admission fee of just $16, and that’s when the adventure of Manuel Antonio National Park begins.

The heat hits instantly and, as a huge white-tailed deer trots across the trail, it suddenly dawns upon me that I’m in a rainforest in Costa Rica and I’m in mother nature’s territory now. But as the initial bemusement passes, you begin to realise just how beautiful the scenery is (in-between frantically searching 360 degrees in attempt to spot a creature, and following any stranger who points into the forest). 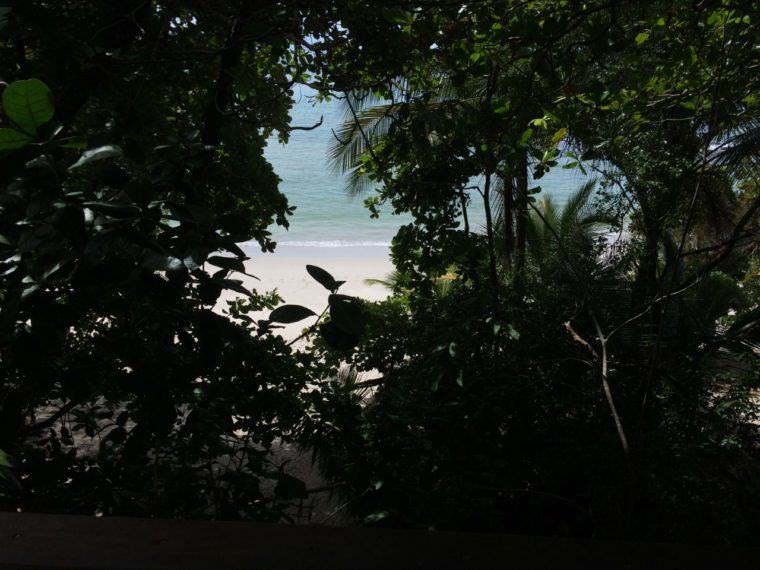 You’ll quickly discover that, despite being Costa Rica’s smallest national park at 3 square miles, Manuel Antonio is rich in wildlife- 109 species of mammals and 184 species of birds to be precise, that’s just how rich in wildlife. A sloth (the park includes both two and three toed) dangling from a tall tree moving at a snail pace was one of the first things in sight when entering the park. Iguanas are also common, whilst toucans and vultures are just two of the many bird species that Manuel Antonio has to offer.

The site houses three of Costa Rica’s four different monkey species; the squirrel monkey, white-faced capuchin monkey and the notorious howler monkey. No doubt you’ll hear the howler monkey before you catch a glimpse of one, as their sinister ‘howl’ can heard from up to three miles away. Facts like these can be found dotted around the park on useful information boards. For example,  did you know that sloths sleep an average of 20 hours a day?!

Squirrel monkeys are unfortunately currently a threatened species, surviving primarily in Manuel Antonio and Corcovado, Brazil, hence, bringing the realisation of just how lucky you are to see one in their natural habitat. Also, appreciation is necessary to the park itself for managing to conserve so much wildlife and therefore species such as the squirrel monkeys can live on regardless.

Central American monkeys are nimble and move swiftly, so you’ll have to be quick to spot a few. You’ll have to be even quicker to catch a selfie with them, a feat I managed to accomplish in a hurry as seen below!

The main walk to follow around divides fairly frequently. A sloth trail (no prizes for guessing what this route entails) and waterfall trail (which enters snake zone!) are both divergences to pursue in your visit to Manuel Antonio. These side trails precede Playa Manuel Antonio- a tropical paradise. The white-sand beach alongside white-faced monkeys cheekily swinging between trees gives a true taste of Costa Rica. But beware! Look out for the troublesome racoons dashing onto the beach in hope to find an adventurer’s lunch. Comical, just as long as the food isn’t yours! 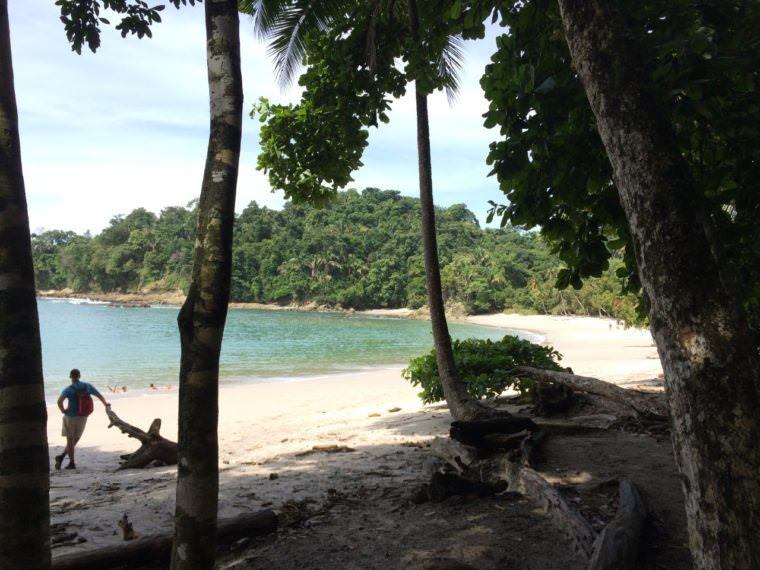 Past the beach are perhaps more demanding hikes, but rewarding nevertheless. Towering viewpoints overlook the whole national park while others look towards the Pacific Ocean, where dolphins and whales can be spotted if fortunate.

Trails are rated in difficulty and you’ll be told how far each one is. Some are flat, whilst others are steep and have many steps to climb. As we ventured further out, at times it would feel like we were the sole travellers in a world of our own, adrift from the outside world. No technology, no polluting cars, no McDonalds- just yourselves, the nature and the buzzing sound of the tropical rainforest.

Overall, Manuel Antonio provides an experience like no other. Monkeys galore. Pacific coast. Four privately owned beaches. Heat, beauty, adventure and nature. What more can you ask? This national park does not disappoint, it truly delivers the Costa Rica experience.

As the locals around here say, Pura Vida!

Tip: Don’t step on the leaf-cutter ants! I could have spent hours watching them carry leaves back and forth to their home. 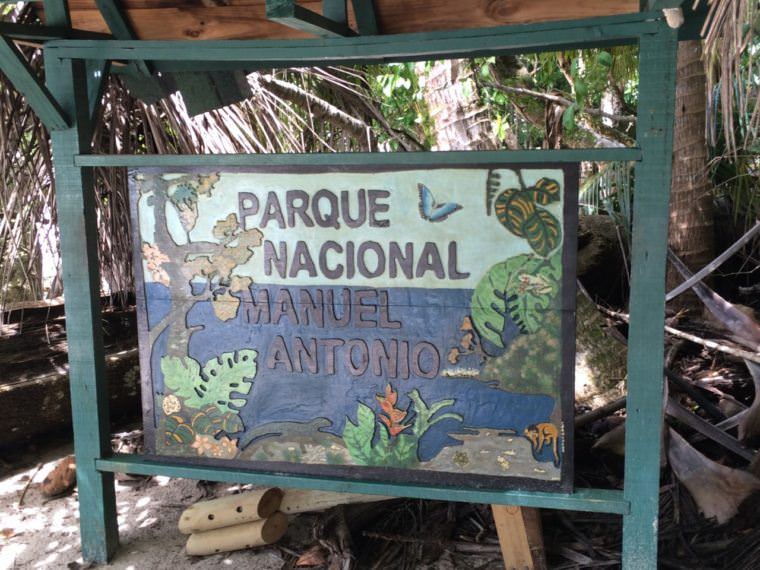 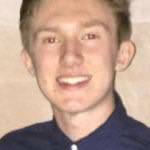 Hi! I am Harry Wood, 17 year old student from Sheffield, UK. Working hard to achieve my dreams and travel the world!