With the Philippines’ geographic location, it has been susceptible to different weather disasters. In fact, an average of 10-20 typhoons passes through the country every year and an estimated 958 casualties for every deadly typhoon. Nonetheless, efforts by both public and private organizations were initiated to address this concern. One of which is the founding of Weather Philippines which aims to deliver critical and accurate weather forecasts to the Filipino Community. It recognizes the continuously evolving technological advancements thus the installation of automated weather devices across the country and development of software application for smartphones. Weather Philippines hopes to improve nationwide disaster preparedness and timely response to variable weather conditions through combination of strategies to reach the population.

In this generation, social media has unarguably become a significant part of our daily lives. Though it can act as a double-edged sword, harnessing its potential can make it a very effective means for communication. Last July 21-22, 2016, The Weather Philippines, in partnership with Rappler, City Savings and Cebu pacific, organized a 2 day event in Cebu City to introduce their cause and invited bloggers from different genre like travel, fitness, technology and lifestyle to become their #WeatherWiser Influencer. It was a privilege that the Two Monkeys Travel was given the opportunity to participate and be a part a building a #WeatherWiser nation. (Last year, they also invited us on the launching of the WeatherWiser App)

On our first day, Ramon Aboitiz Foundation Inc. (RAFI) invited us for an Urbanized Heritage tour which showcased the historical transition of Cebu from Spanish to American Era. The trip was tailored to trace the development and urbanization of Cebu from present to past, with the confidence of giving us a new perspective about the city and see it from a socio-cultural standpoint. 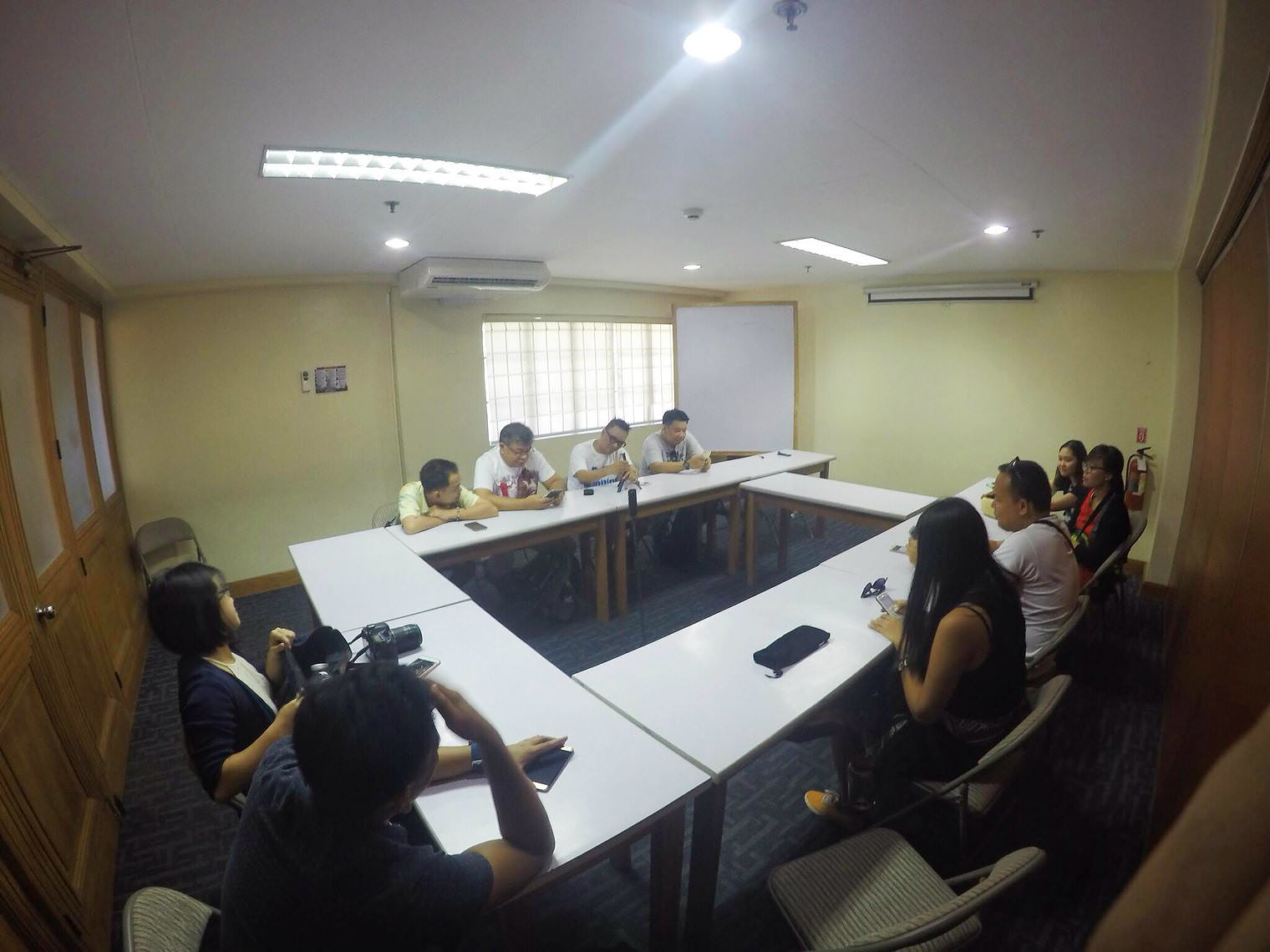 The tour started at the first and smallest fort in the Philippines known as the Fort San Pedro. It was built during Spanish Regime and is situated in the area now called Plaza Indepedencia. Moreover, the fort is triangular in shape, with two sides facing the sea and the third side fronting the land. Today, this fortress is seen as a peaceful walled garden and the home of some Spanish documents, artifacts, sculptures, paintings, swords and other weaponry. 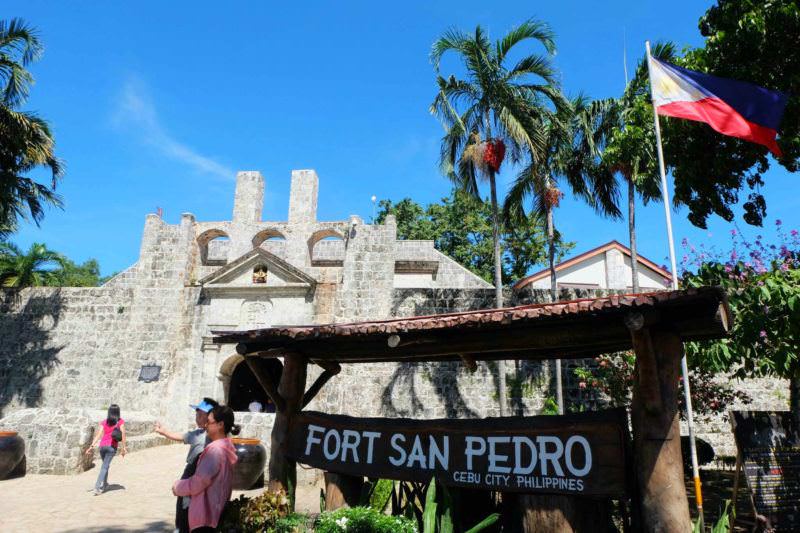 After this trip, the group headed to the Cebu Provincial Capitol which serves as the seat of governance in the City. The building has a neoclassical architecture which reflects the standard public buildings in the American era. It holds the governor’s gallery showcasing the lives of the past up to the present official governing the land. 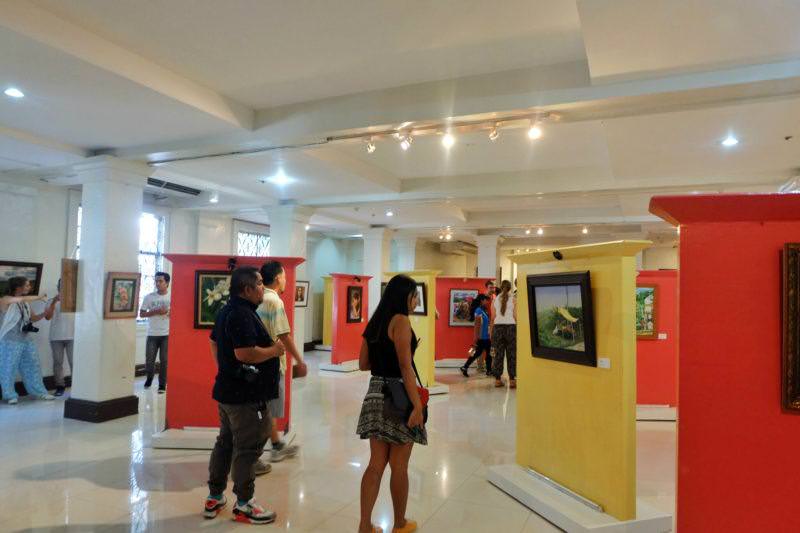 Moving on, the group went to Rizal Memorial Library and Museum and attended the art exhibit presented by the Portraits Artists’ society of the Philippines Inc. with a theme of “People and Places.” This place is definitely for art enthusiast.

Our afternoon heritage stroll continued to Osmeña Boulevard. We visited the famous Magellan’s Cross and went straight to the Basilica Minore del Santo Niño which is also known as the island’s first church. It was built in 1565 where the miraculous image of the Santo Nino was found.

The tour ended with a visit to a music oriented museum known as the “Halad Museum”, a walk in “Colon Street”, which is the oldest and shortest national street in the Philippines, an enchanting historical tour to the oldest house in the country built in the 1730 and last but definitely not the least, a tour inside the Museo Sugbu which was used a Cebu’s provincial jail from 1870-2004 and was converted into a museum un 2009. 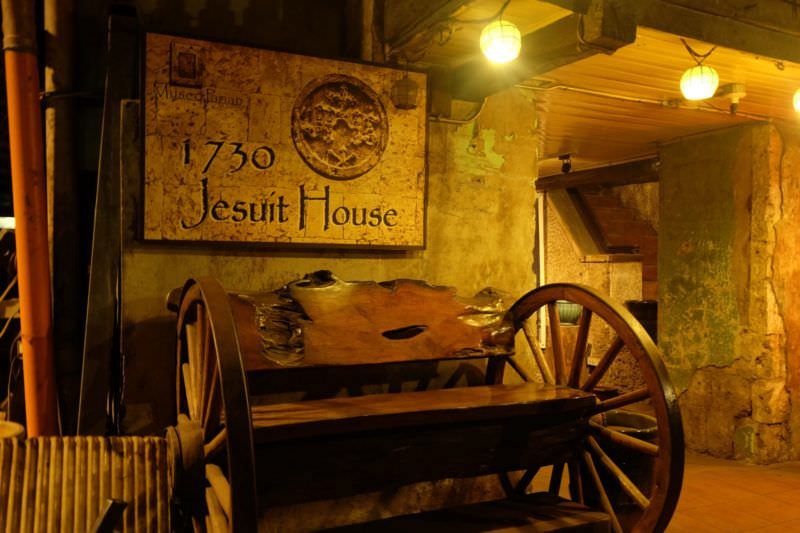 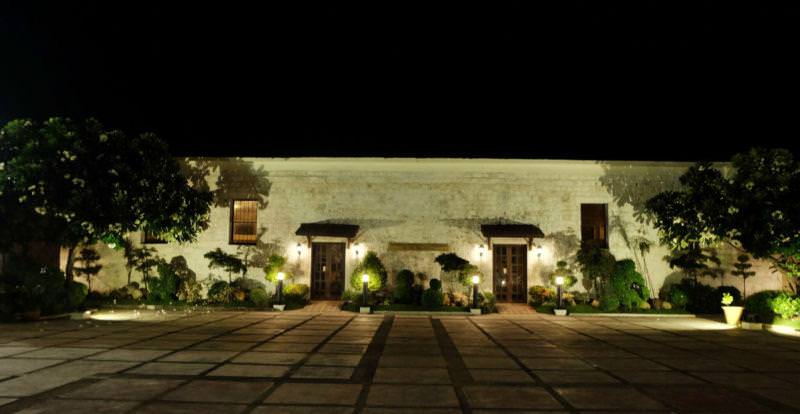 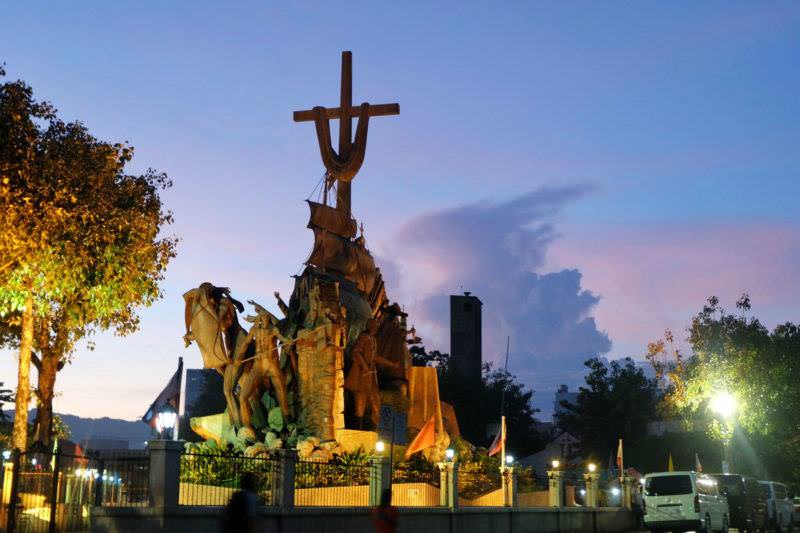 From this experience, we have witnessed how the city of Cebu valued their culture, traditions and rich history.

Day 2 was the program proper with a theme of “Social Media for Knowledge Mobilization and Disaster Preparedness”. For the said event, the organizers also invited representatives from the Department of Education based in Cebu.

The program started with a short introduction about Weather Philippines Foundation and how are they striving to create a weather wiser nation through empowering of local government, businesses and the Filipino people themselves. With the right combination of technology, partnership and engagement, they aim to have a sustainable disaster preparation and risk management. 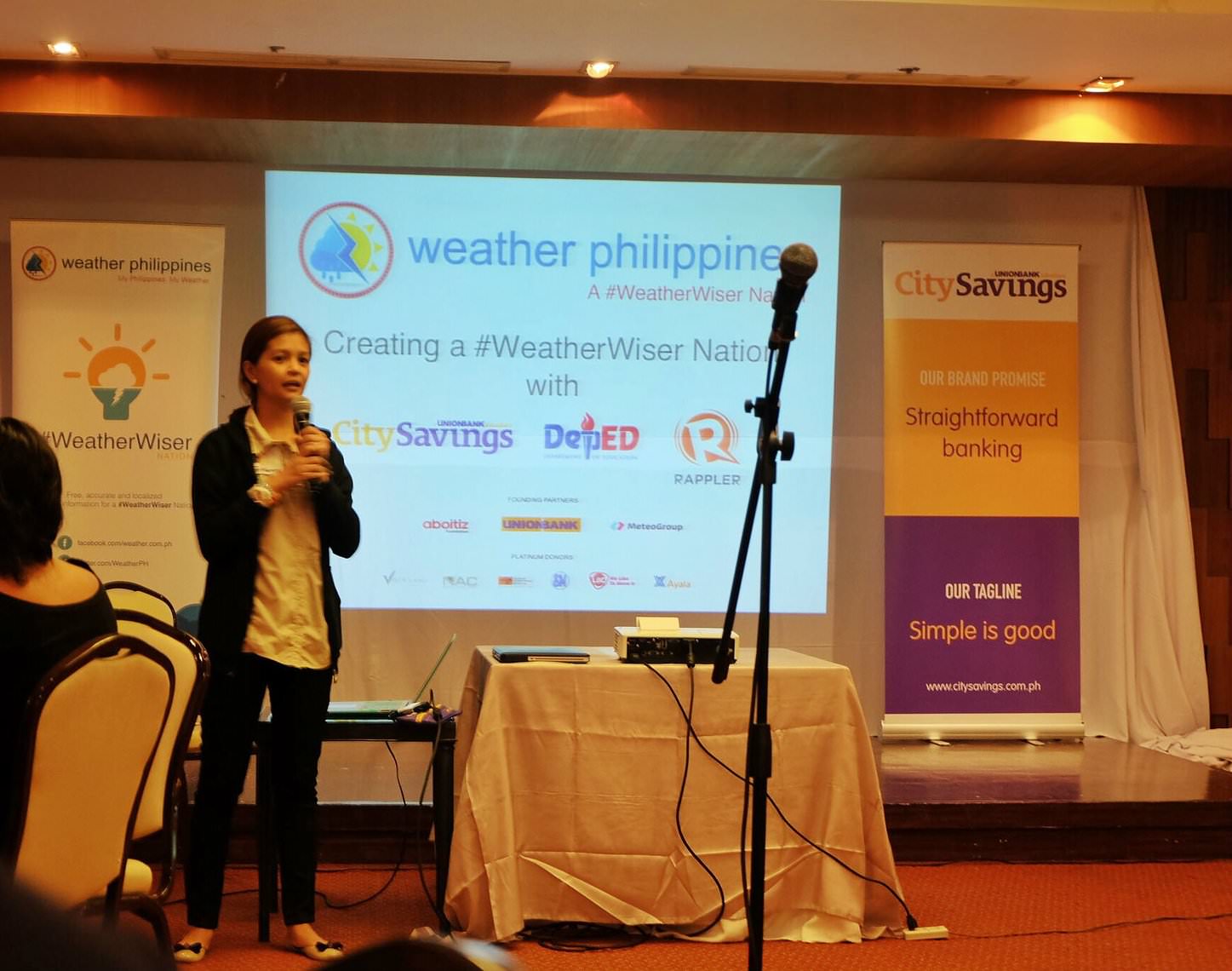 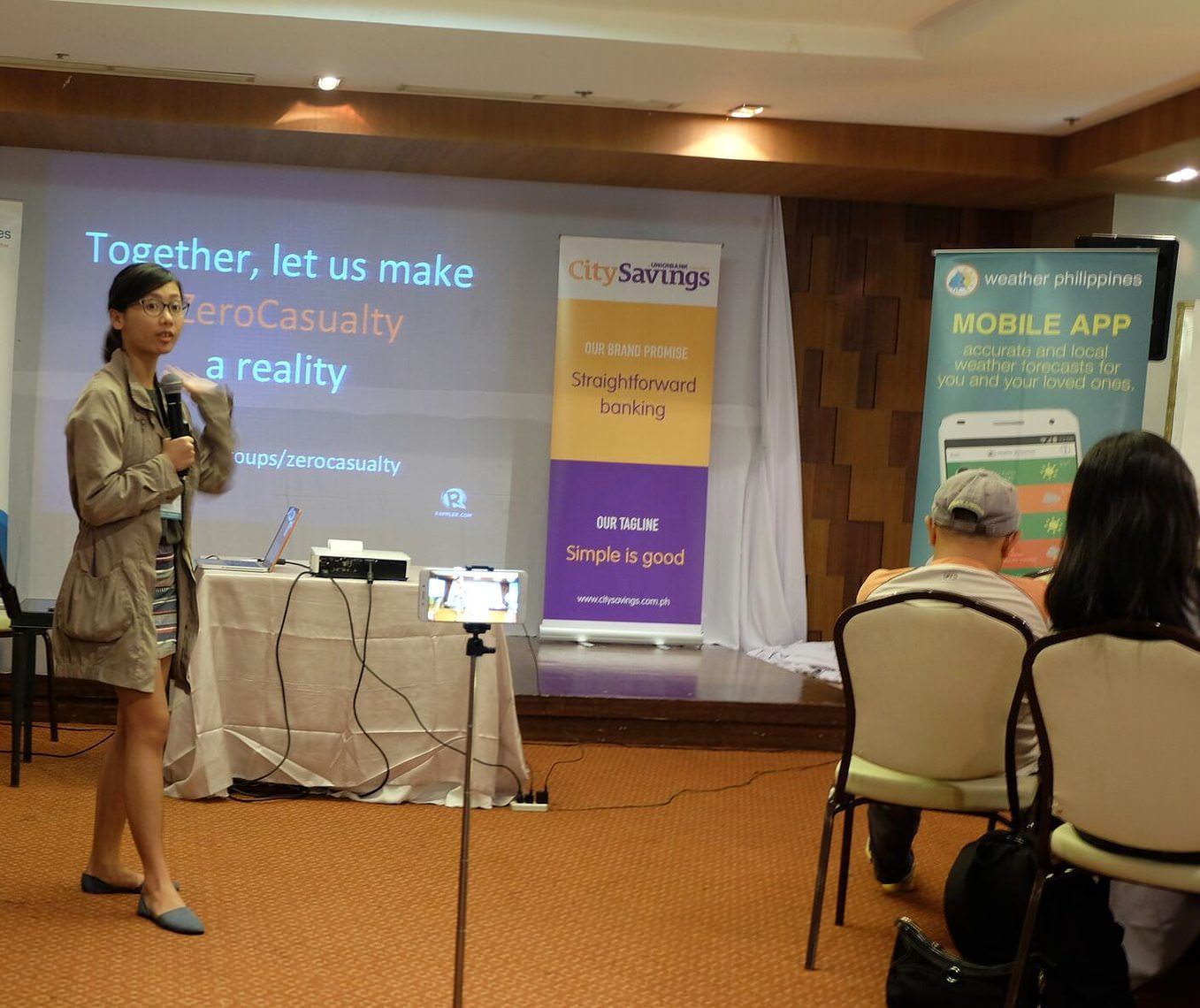 Moving on, a series of lecture was then conducted by the social media producer of Rappler’s MovePH, Ms. Raisa Serafica. She discussed about the usage of social media for social good and how Rappler started their online journey by sharing collaborative stories with a blend of expert opinion and wisdom. They took advantage of the “digital natives” this generation has transformed into. She reiterated the advantage of two-way communication the social media offers wherein the “netizens” can easily express their opinion even in one click. It was also emphasized that it is not about the number of “likes”, “comments”, and “shares” that can conclude the success of the social media efforts. It is about the transformation of online campaigns to offline action… It is about engaging the online community to make offline, tangible change.

Before concluding the program, the organizers facilitated a workshop about creating a disaster communication plan. They divided us into 5 groups and each group has both Dep Ed Representatives and Bloggers. We were just given 30 minutes to prepare but all groups were able to develop communication plan which includes their target audience and the chosen communication channel. Hopefully, all the new learning that we have acquired from the workshop will come in handy for future references that will make Philippines a #WeatherWiser Nation. 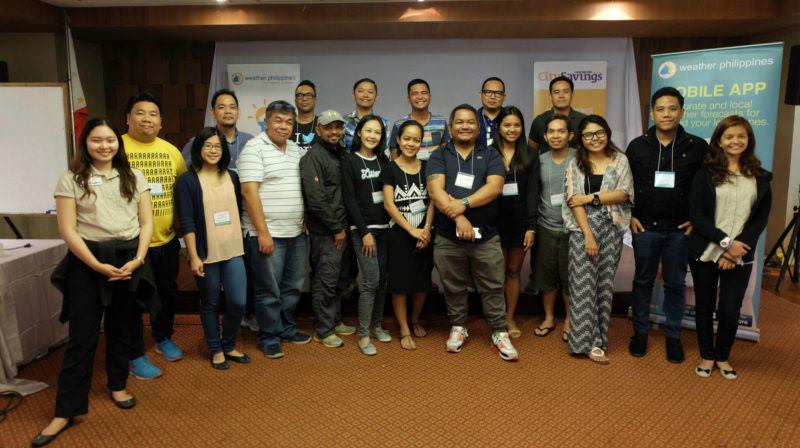 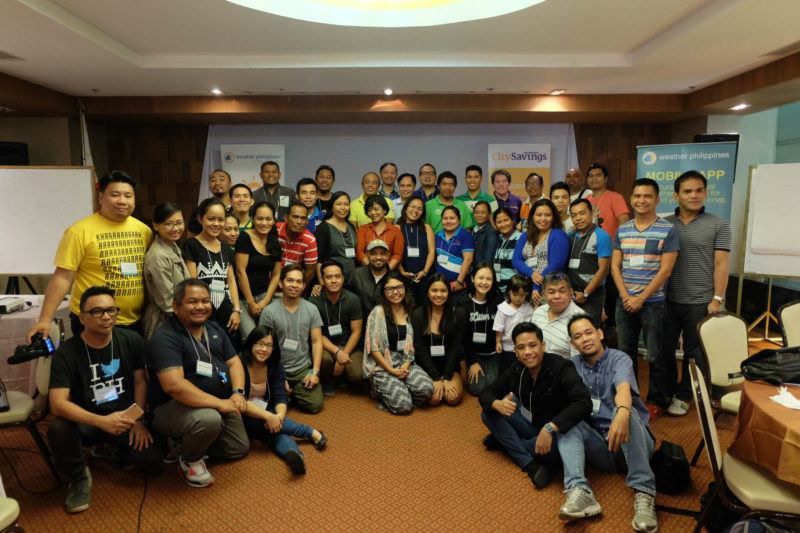 How to Use the App?

Downloading this app is as easy as A-B-C.

For android users, go to Google Play store and for iOS users, select the app store. Find the search bar and type in “weatherphilippines”. You’ll see the weather Philippines logo, click then install. 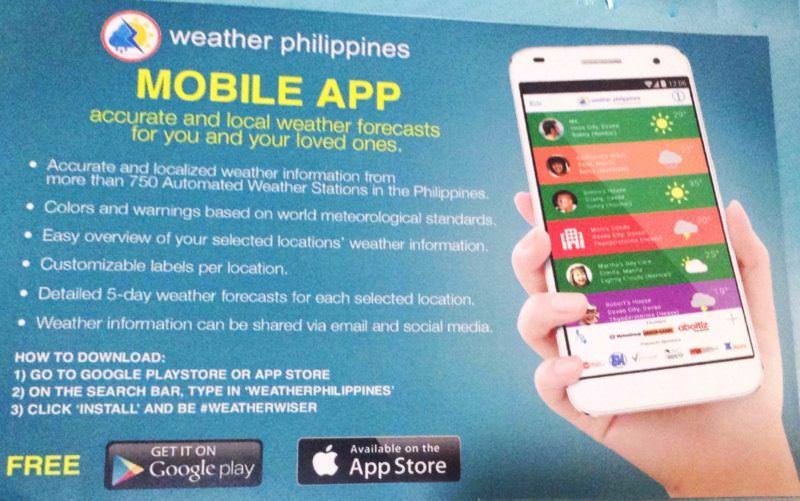 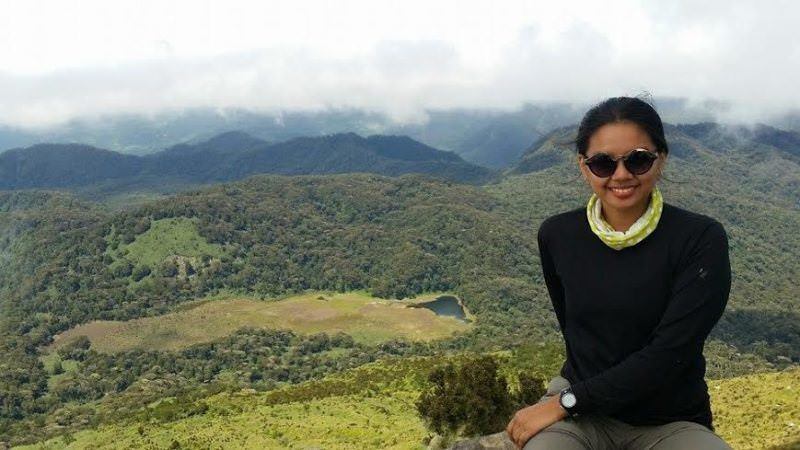 Krista is a Dentist by profession but backpacker by heart. She believes on living in the moment, one day at a time. She prefers on collecting good memories and experiences  over material things.. She is into mountain climbing, dental missions, budget travels, dark chocolates, steak and frozen yogurt.

Surf Gear – Everything you need to get started Surfing

Our Last Trip to London & How We Saved Money Through TopCashBack UK!

How to stay healthy while traveling, the natural way – Mother Brown’s Remedy @MotherBrownsRem