Can you imagine a travel jacket that could also transform into a total head and neck supporting sleep system? Introducing the Neckpacker!

We live in an age where our generous level of comfort sometimes cause us to feel as if there are no more great inventions left, no more truly original ideas or innovations to come up with. Thankfully, we are still human and all it takes is the right amount of discomfort, in the right place and at the right time, to remind us that there is still so much to be done! 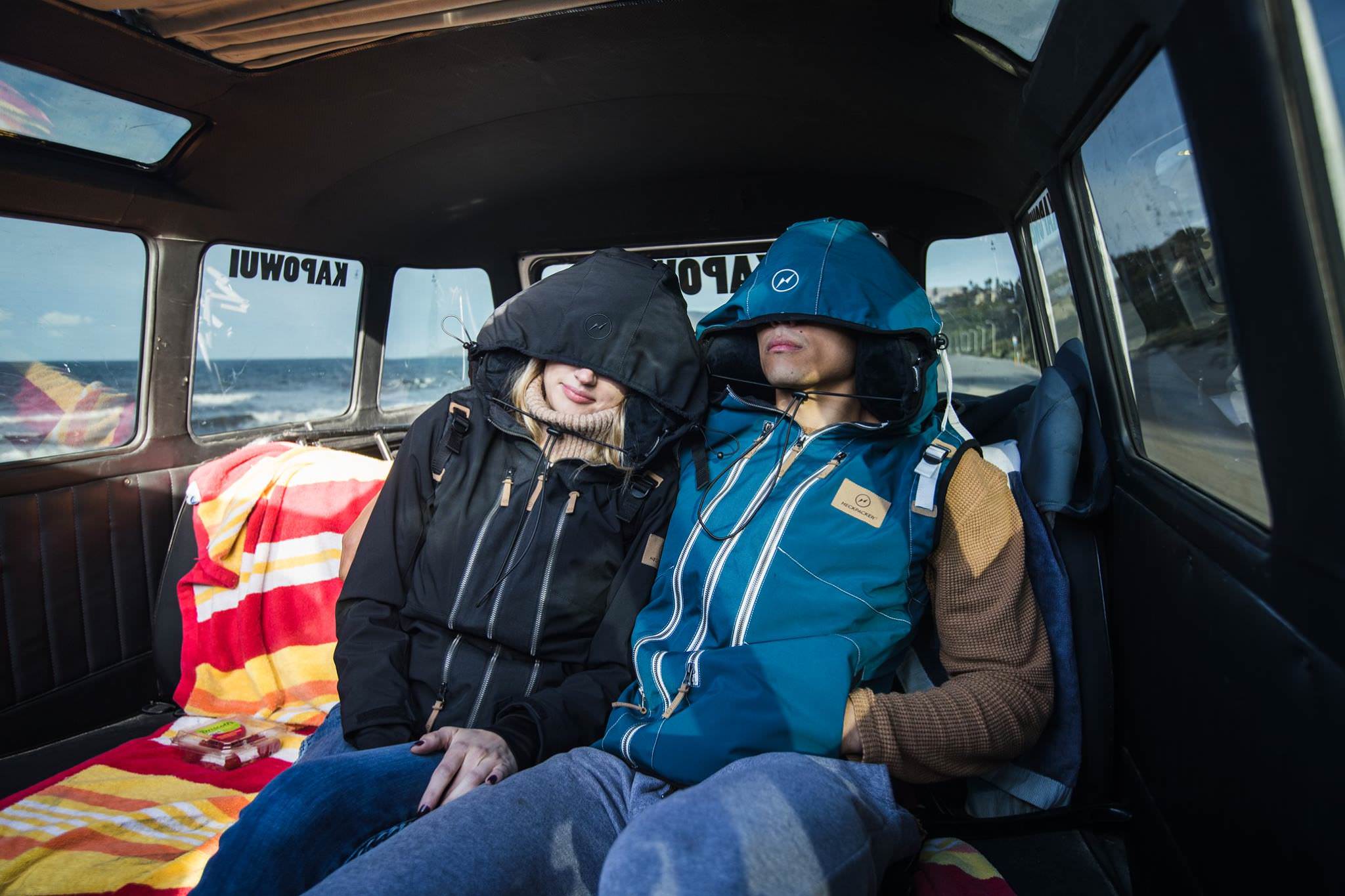 This is exactly how it happened for entrepreneurial inventor, Niklas Kuusela. A long and uncomfortable drive through the snow in northern Finland with no sleep and plenty of neck pain spawned the solution to a problem that many have tried to fix in the past – sleeping comfortably while traveling in a seated position!

This is a problem I am all-too-familiar with, having spent many, many long journeys on planes, buses, trains, and cars with my head falling from side-to-side, forward and backward. After testing various neck pillows and some rather bizarre contraptions I started to come to the conclusion that perhaps this was just one of those facts of life – travel is uncomfortable so get over it! 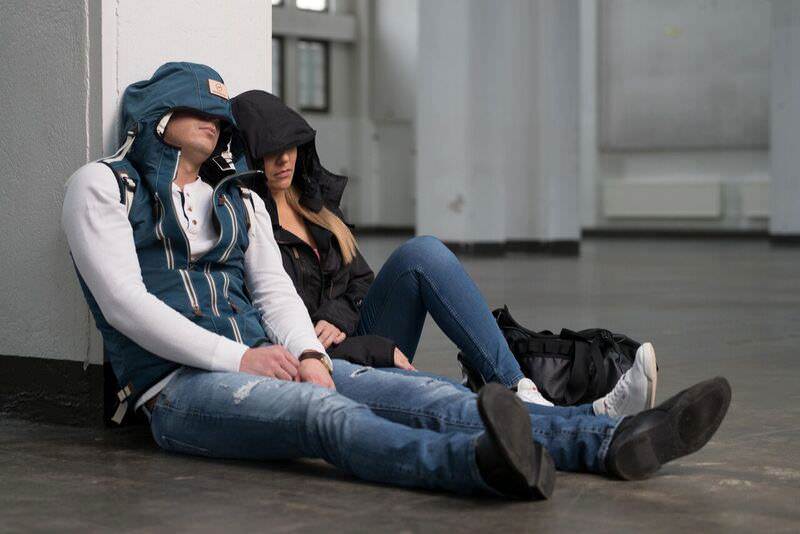 Neckpacker is different though, because instead of trying to use a single, external object to support a variety of necks and heads, which weigh on average around 10 to 11 lbs (4.5 to 5 kg), it utilizes a combination of features integrated within something we all have in common (hopefully!) when we travel – clothing! 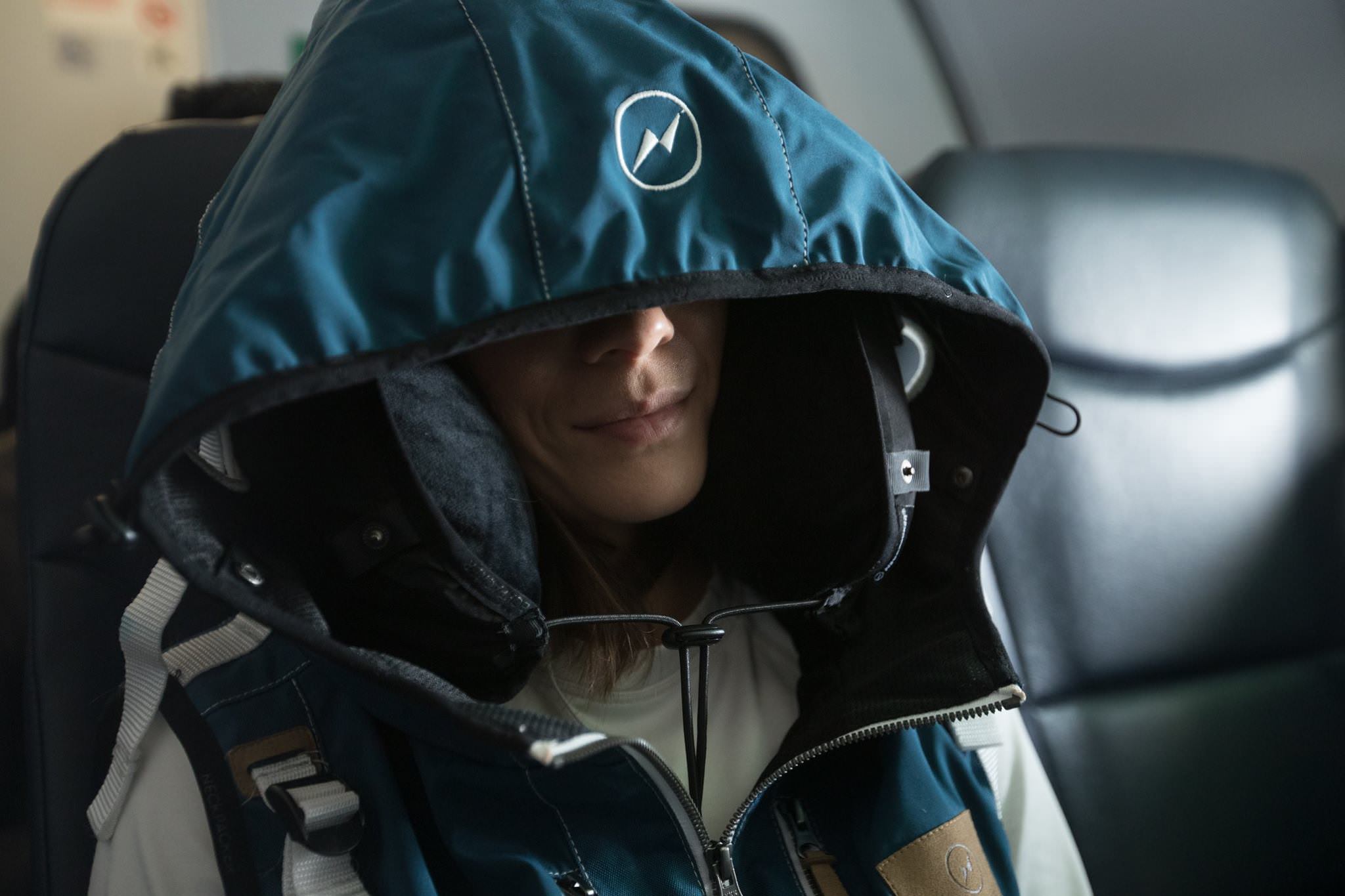 Neckpacker is designed with an inflatable neck pillow inside the hood of the jacket itself! Unlike traditional travel neck pillows, this allows it to provide a much greater area of support around the entire neck and even the back of the head.

The hood pillow is inflated quickly and easily using a hidden bulb-type hand pump which sits out of the way inside the hood.

Nobody likes floppy head syndrome, which is extremely uncomfortable for the person experiencing it, but also very annoying for whoever happens to be sitting next to them!

Neckpacker features two adjustable straps from the side of the hood to the shoulders. During normal use, you wouldn’t notice these straps are even there. However, when entering “sleep mode” you simply tighten these straps to your preference which prevents your head moving from side to side. It’s extremely simple, yet absolute genius at the same time!

Most travelers would probably agree that being able to block out as much light as possible makes sleeping while traveling a lot easier. The issue with the most common solution to this is that eye masks with elasticated straps are intrusive and create pressure on the face and head, which is more likely to wake you up as it is to send you to sleep! 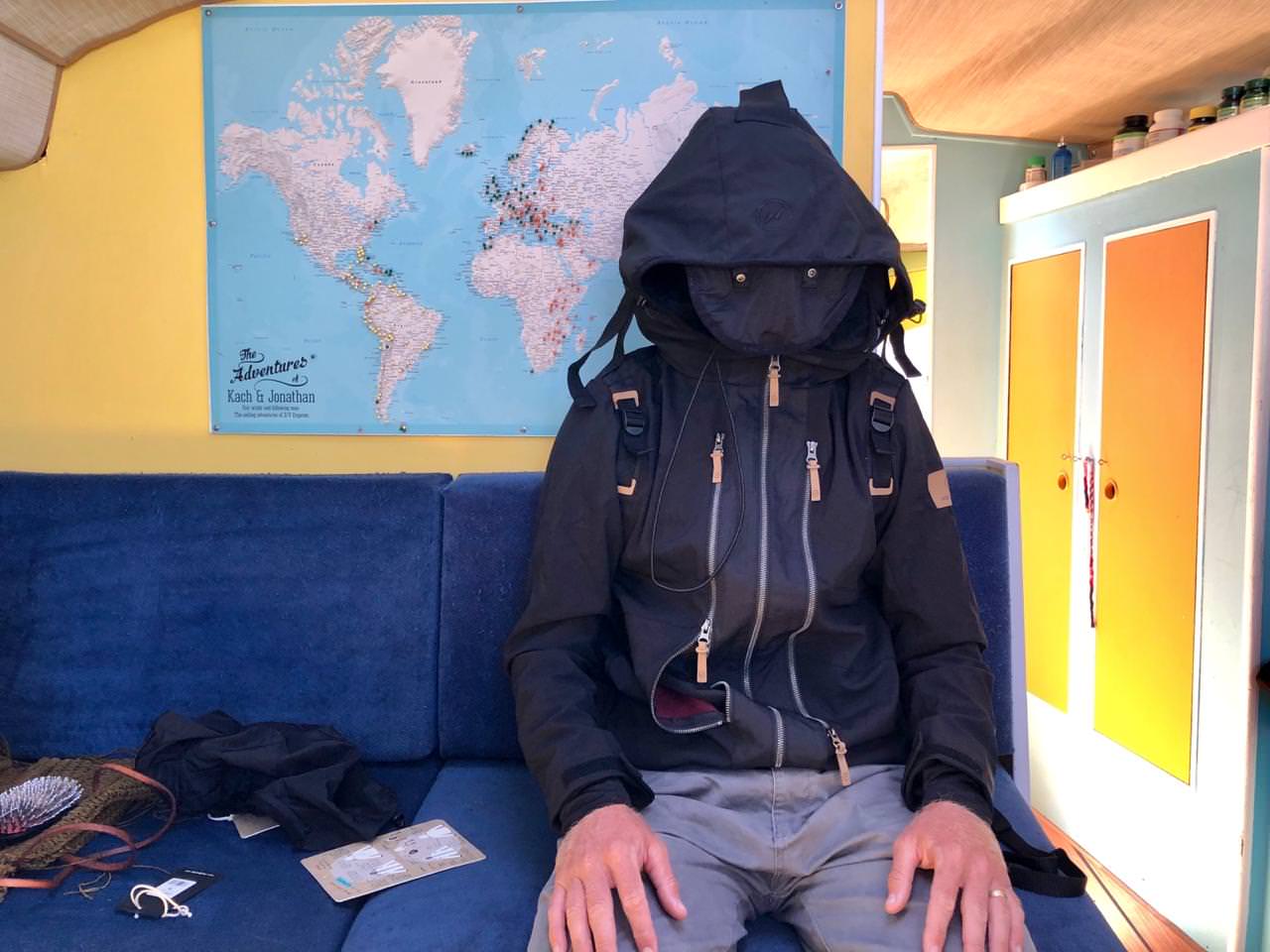 Neckpacker has a soft material ‘hood shade’ hidden away in the front of the hood which is perfectly sized and shaped to cover the eyes and most of the face, blocking out light without putting any pressure on the face or head. 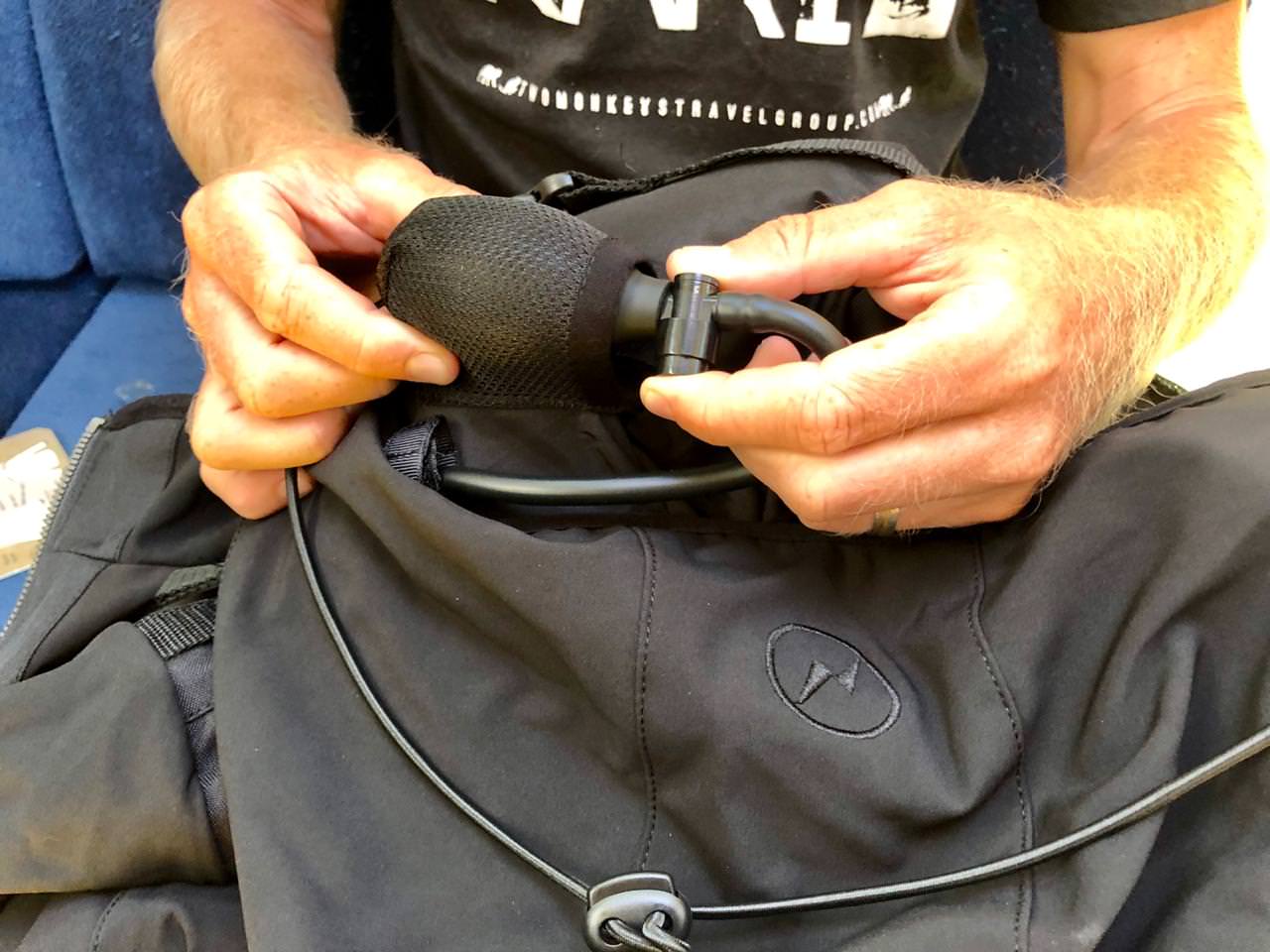 This might seem like an obvious point to make, but the creators of Neckpacker have clearly gone to extra lengths to make this jacket as comfortable as possible in all areas.

All of the materials which potentially make contact with the skin are soft and light, which the whole jacket is both breathable and durable.

There are lots of cool smaller features to be discovered, such as the thumbholes on the inner sleeves, forming a kind of half-glove to keep your hands warm! 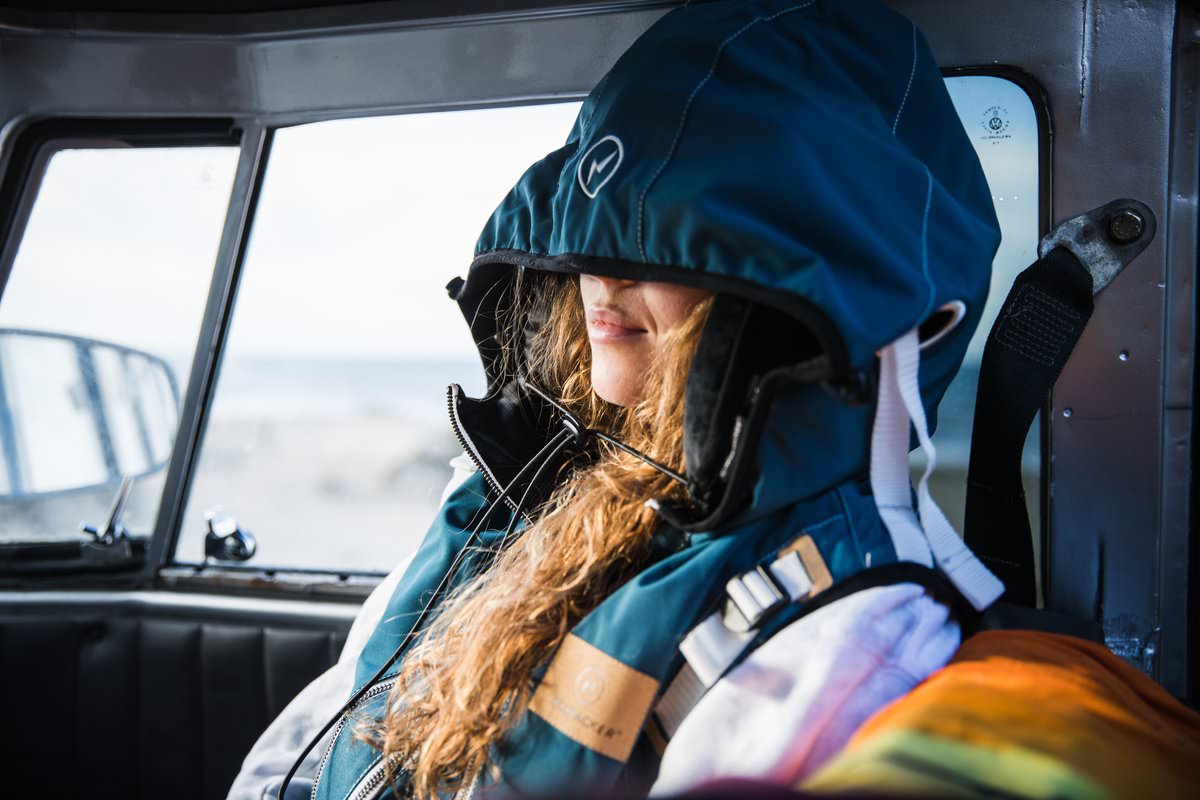 Don’t underestimate the power of pockets!

Standing in line for airport security, one of the biggest hassles is taking everything out of your pockets to place it into the bins, only to repeat the process in reverse minutes later once you’ve been deemed “acceptable!”

Continually pulling items from your carry on and replacing them again as you move from one area of the airport to another, setting up camp in various locations as you get closer to your take off time is also something we could do without.

Neckpacker has eight different pockets specifically designed to conveniently stores items such as passports and boarding passes, tablets and e-readers and whatever else you travel with. This not only makes it easier to access your belongings on the move, but it also allows you to simply remove the whole jacket and place it in the tray in the security line!

While I have never pretended to be particularly stylish, or even know what that word really means, I do know that with clothing I like simple, functional design and a good fit without feeling tight. Form follows function, basically. The thought of mens’ skinny jeans or worse, jeggings, makes me die a little inside! 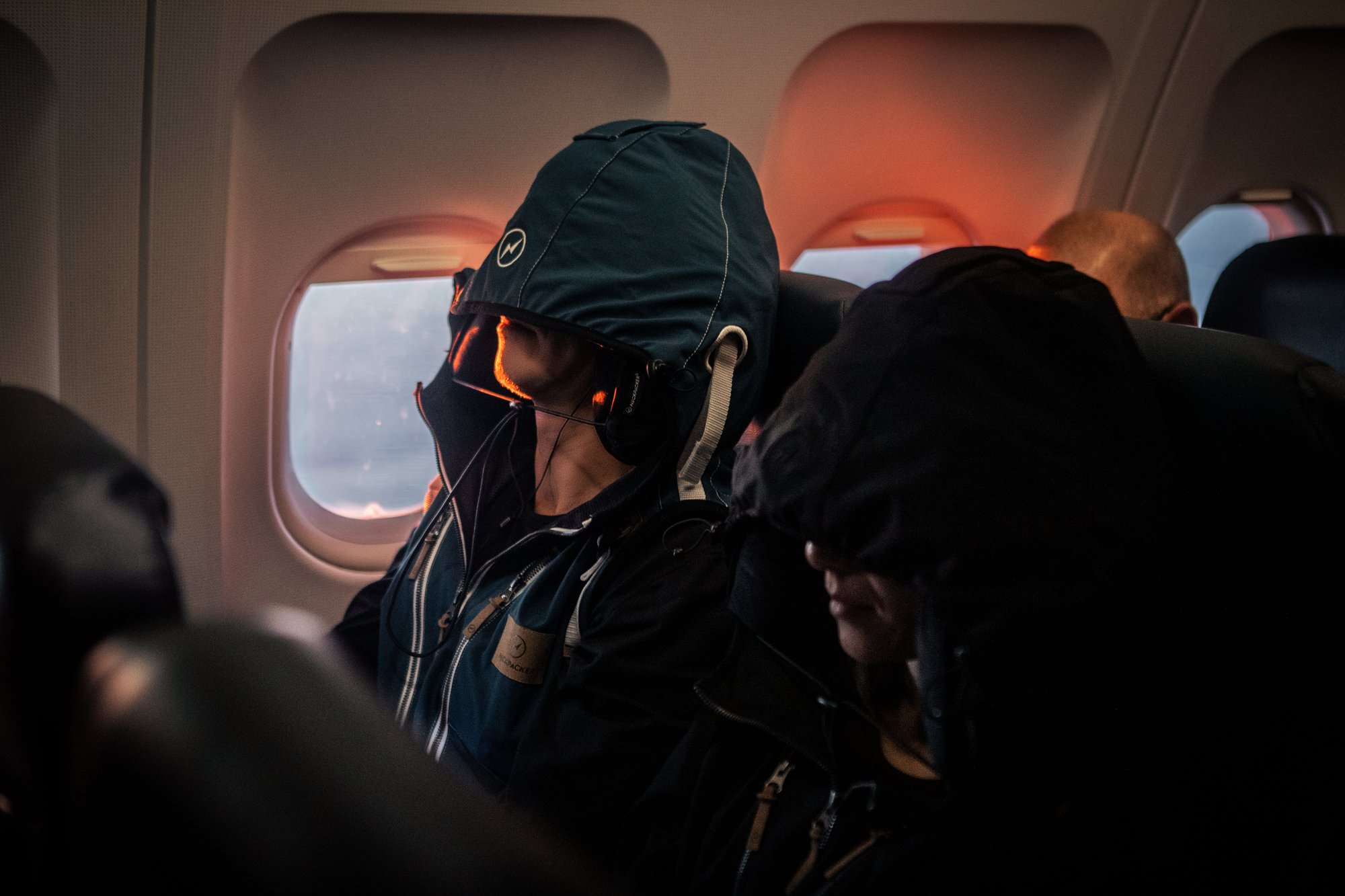 So I was very pleased with the simplicity, comfort, and functionality of Neckpacker, particularly in its ability to include so many pockets without it becoming excessively “busy.” the three vertical zippers do a great job at maintaining a very clean look.

All-in-all, I’m extremely excited to try out Neckpacker properly on our next long trip in May, from the US all the way to Europe by plane, followed by several short flights, 30+ hours of driving and a ferry!

2 thoughts on “Travel in Comfort and Style – Is the Neckpacker the World’s Best Travel Jacket?”

5 Things You Will Want To Know Before Visiting Prague, Czech Republic