We drove two cars from Mazda’s 2017 lineup during our 2-week road trip in Florida where we explored the beautiful and relaxing Palm Beaches, then all the way up the east coast to Space Coast and Kissimmee. We started with the 2017 Mazda CX-5, which you can read about here. However, in this review, we will see the changes and improvements made to what is considered the little brother Mazda’s entire car roster – the 2017 Mazda 3 Grand Touring. 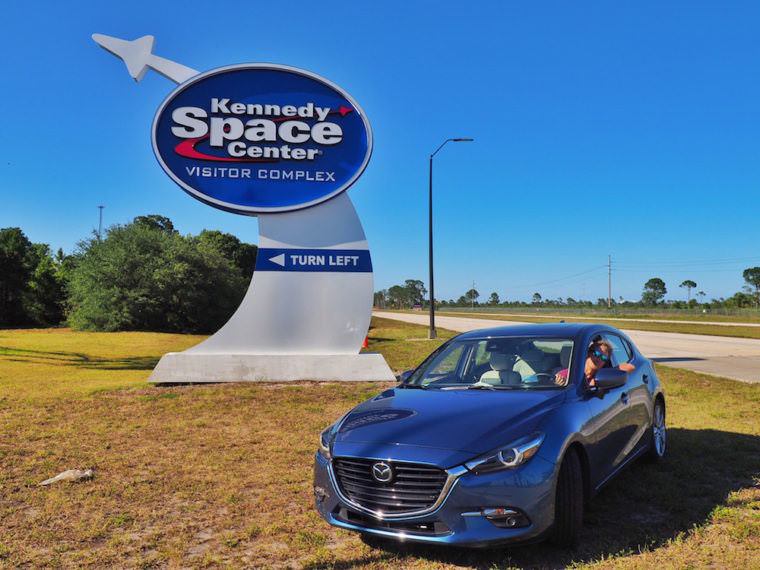 Last year I was able to review the 2016 Mazda 3 model – driving it through the streets of Miami, even through the infamous I95 traffic, and I thought it was one of the best small cars I had ever driven. From the handling and acceleration to the comfort and utility, it was ahead of the field among the class of compact automobiles. 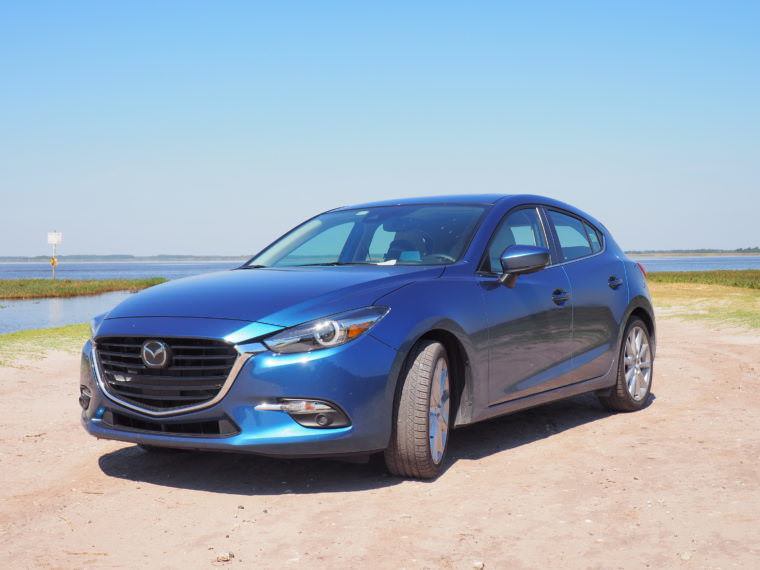 Styling wise, Mazda made relatively small updates to the 2017 model, but these small changes have had a dramatic effect on the styling of the car. They redesigned the grill, hood, and headlights to present a more aggressive, forward-facing orientation – with the headlight being noticeably thinner and more sleek-looking.  The rear of the Mazda 3also appears to be restyled making it a bit cleaner and crisper. I especially like how the rear bumper looks. The way they have approached the overall styling of the car is to make it more horizontal, poised in its appearance and stance. 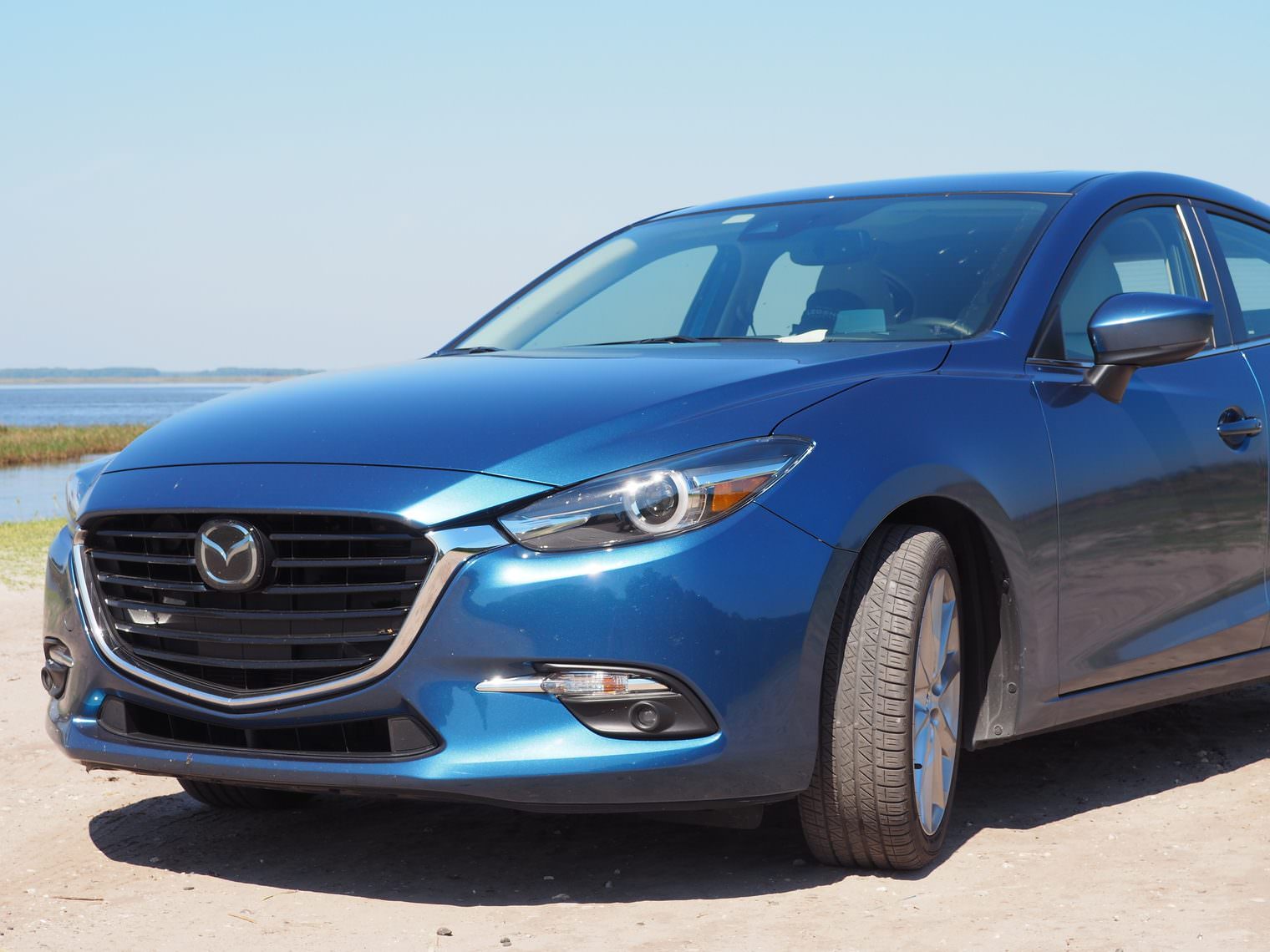 The interior of the Mazda 3 has been one of the best in the compact car segment for several years now, and 2017 model seems to have been updated and made even better. The materials, switches, and panels in the cabin all have the same premium feel to them. Moreover, Mazda does a great job at putting all the controls in a sensible and user-friendly manner. They updated the 2017 model’s center console screen to have an improved casing and be better integrated into the dashboard. There are two ways to control the screen. First is by adjusting the center controller knob which is similar to BMW and Audi. Nonetheless, most would prefer a more interactive experience. So, it was nice that the center console screen is also a touchscreen. The screen was highly responsive, although it is worth mentioning that as a safety feature, the touch screen only works at less than crawling pace and even the dial menu is considerably simplified when in motion.

Also, the Mazda 3 feels more premium and upscale compared to its competitors. A real leather or composite leather upholstery is standard on almost all variants. Other great features are a color heads-up display, adaptive LED headlights, and an adaptive cruise control.

What’s more, a cut above the rest are the Mazda 3’s front seats. We have greatly benefited on their fantastic comfort level during this long road trip. I can safely say that it held us in place even when I decided to put it through its paces in the corners. And trust me, you will too once you get a chance to drive this highly-gratifying automobile. Th rear seats are also very comfortable, and we did not have any problems with the legroom, but some say an inch or two of space to create more legroom would be preferred. We had the hatchback version, and the cargo storage was ample for most trips. However, we were carrying more than the average couple, so when I folded on of the rear seats flat, it opened up a ton of available space, great for any road or camping trip.

Apart from the improvements in comfort, the handling was improved as well. Mazda 3 powertrains haven’t changed much (they simply haven’t needed to!), but the new 2017 units equipped with the automatic transmission now get ‘Sports Mode’ which can be activated by a switch in the center console. What’s more, the manufacturer is introducing a new technology called G-Vectoring Control, designed to enhance dynamic handling characteristics. Much of the success of the Mazda 3 is imparted to how well it drives and this year’s model improved at that.

This front-wheel drive car with its four-cylinder engine gives a quick and smooth acceleration that has a more linear response. I noticed the new technology, G-Vectoring Control, made adaptive changes to the engine’s power while I was making a turn. The end result was a smoother ride, and flatter cornering with less effort require at the wheel. 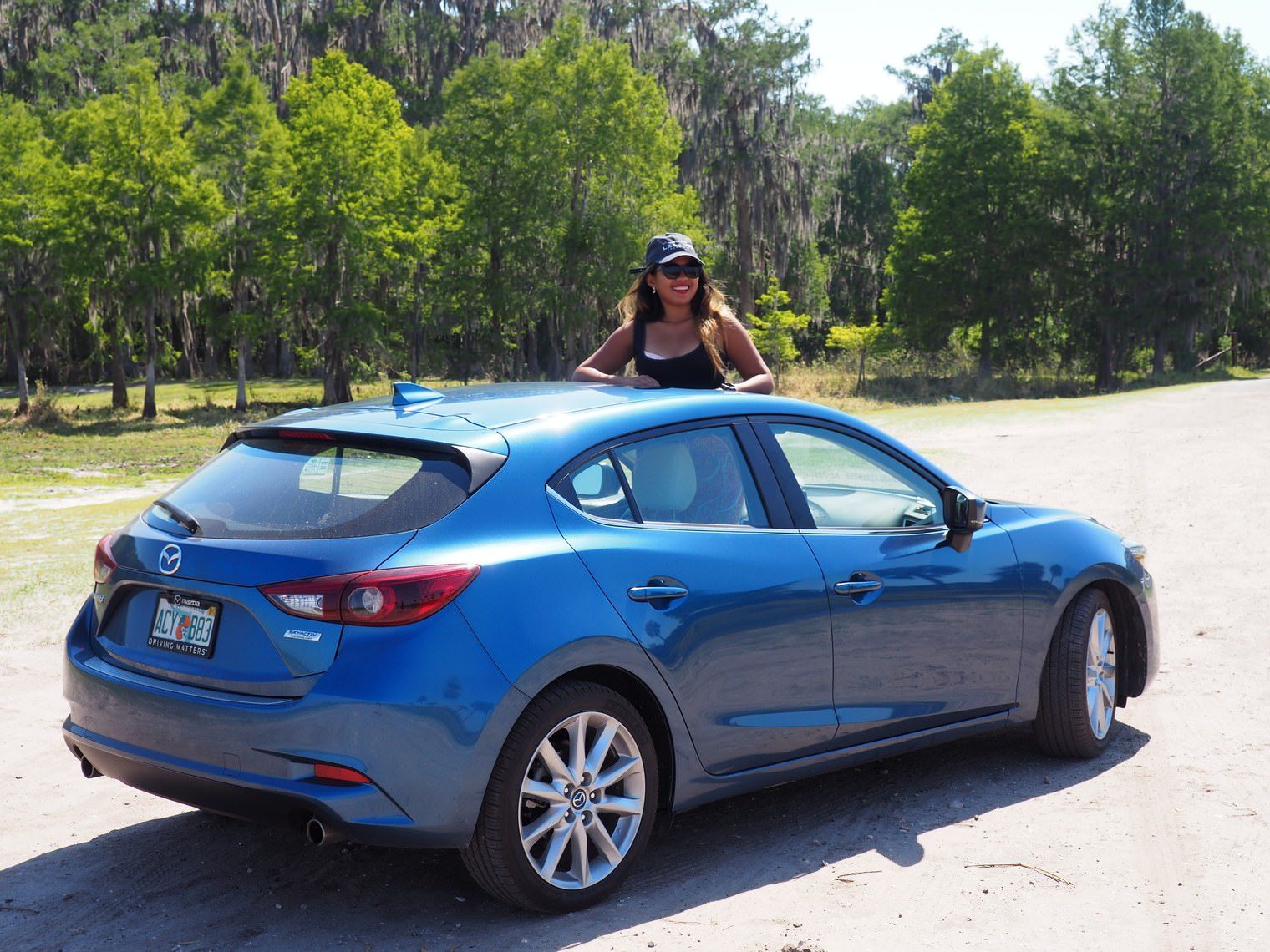 We were driving the 6-speed manual transmission on this trip, with a more-than-sufficient 2.5-liter petrol engine! I was very pleased to see that Mazda hasn’t lost their touch with using their Skyactive technology to extract a huge amount of performance for their engines. Despite having such a large engine in a lightweight, compact car, the delivery power seemed to be very smooth, no matter how I chose to use the gears. In fact, I found that the most relaxing way to pull away in the Mazda 3 was simply using 1st, 3rd, then 6th gears – 2nd, 4th, and 5th were just there for when extra power was required! 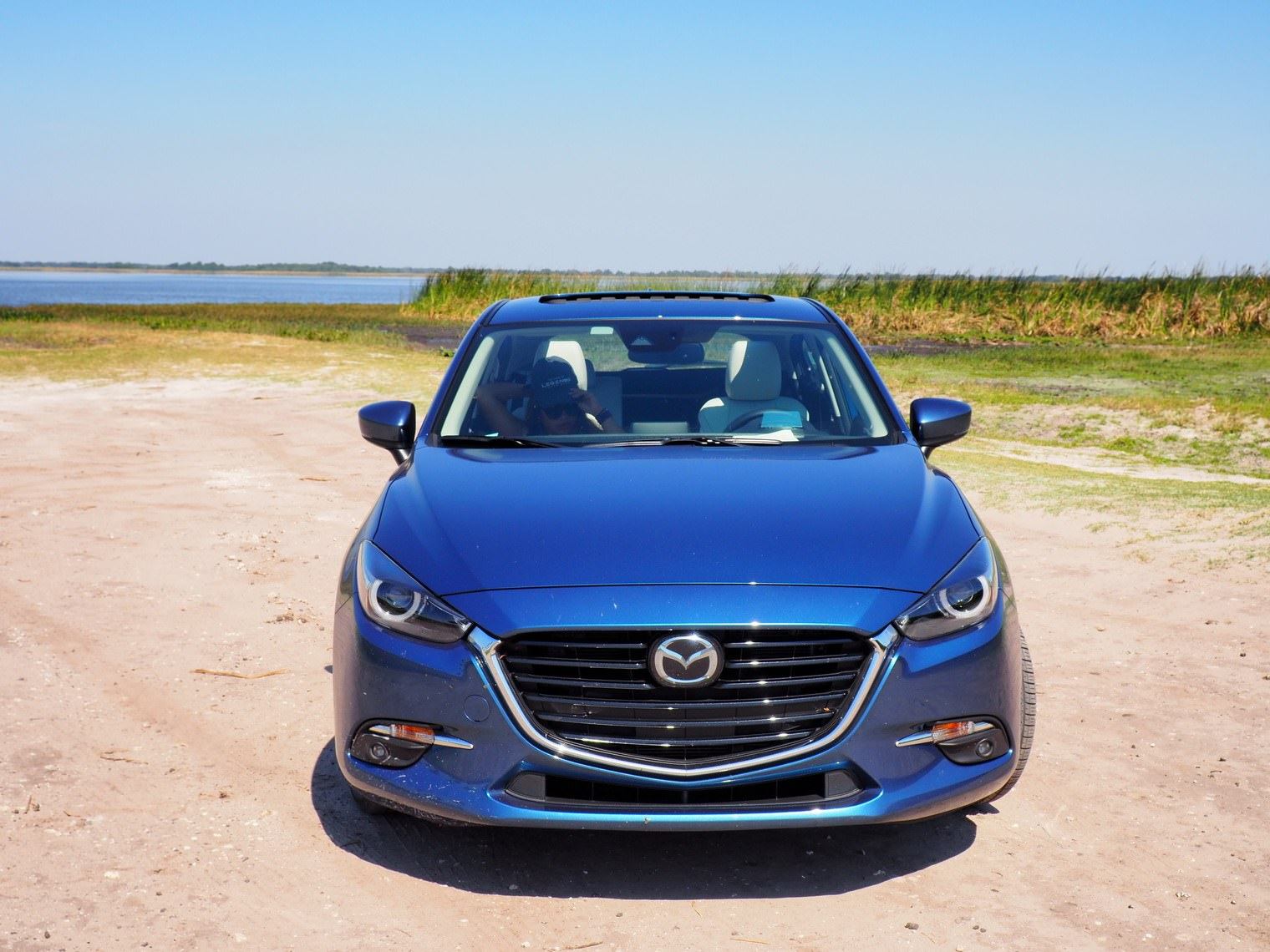 The 2017 Mazda 3 is a compact car available as a sedan or a hatchback with four different trim levels or variants: Sport, Touring, and Grand Touring. 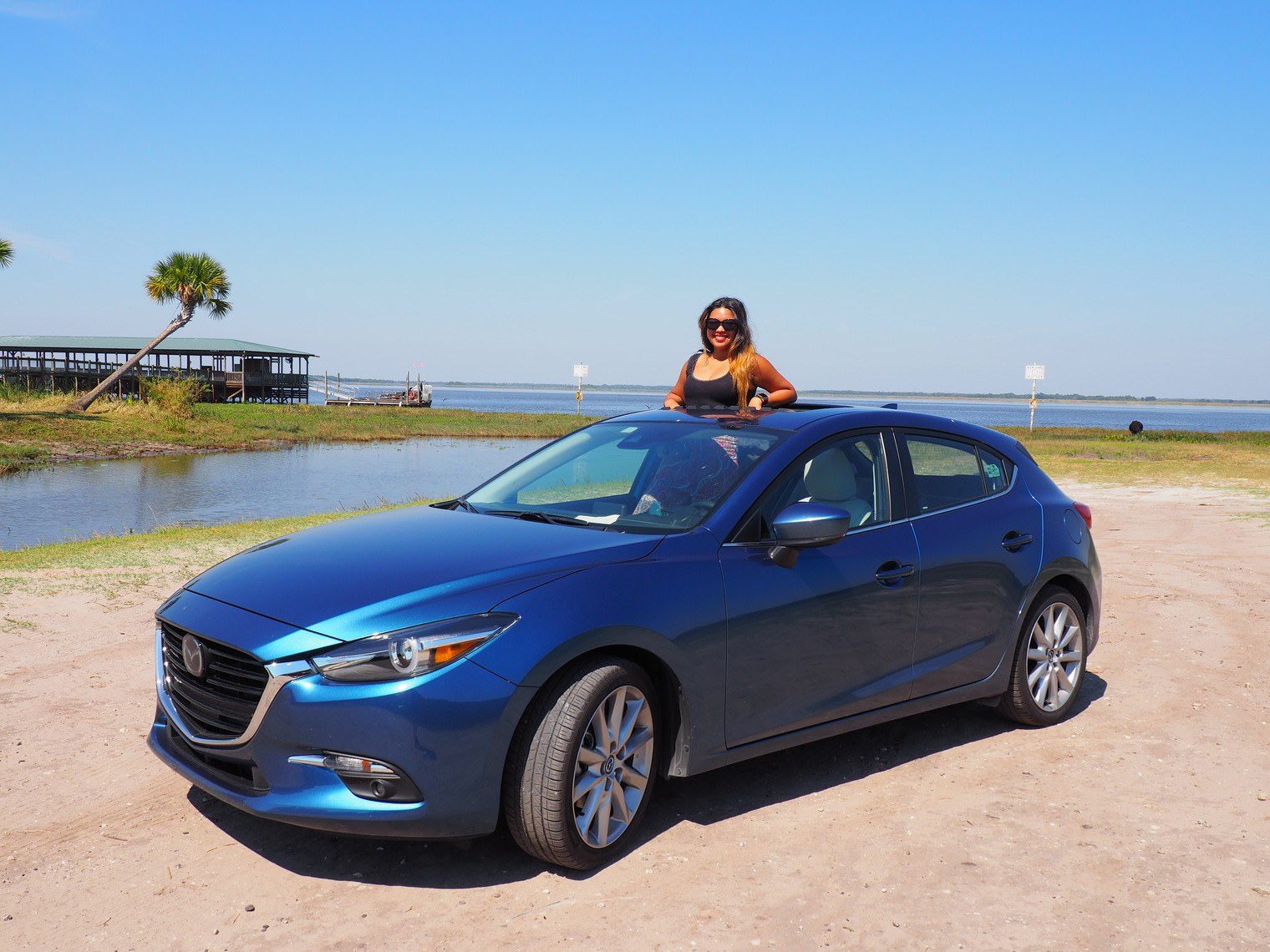 Mazda did not hold back in terms of the safety of the new 2017 Mazda 3. Safety features on the new Mazda 3 include antilock disc brakes, front side airbags and side curtain airbags, stability and traction control, active front head restraints, and a rearview camera. The Touring and Grand Touring models variant adds a low-speed forward collision warning with automatic emergency braking and a blind-spot monitoring system with rear cross-traffic alert. Other optional safety equipment includes a lane departure warning and intervention system and a more capable forward collision warning and mitigation/braking system. 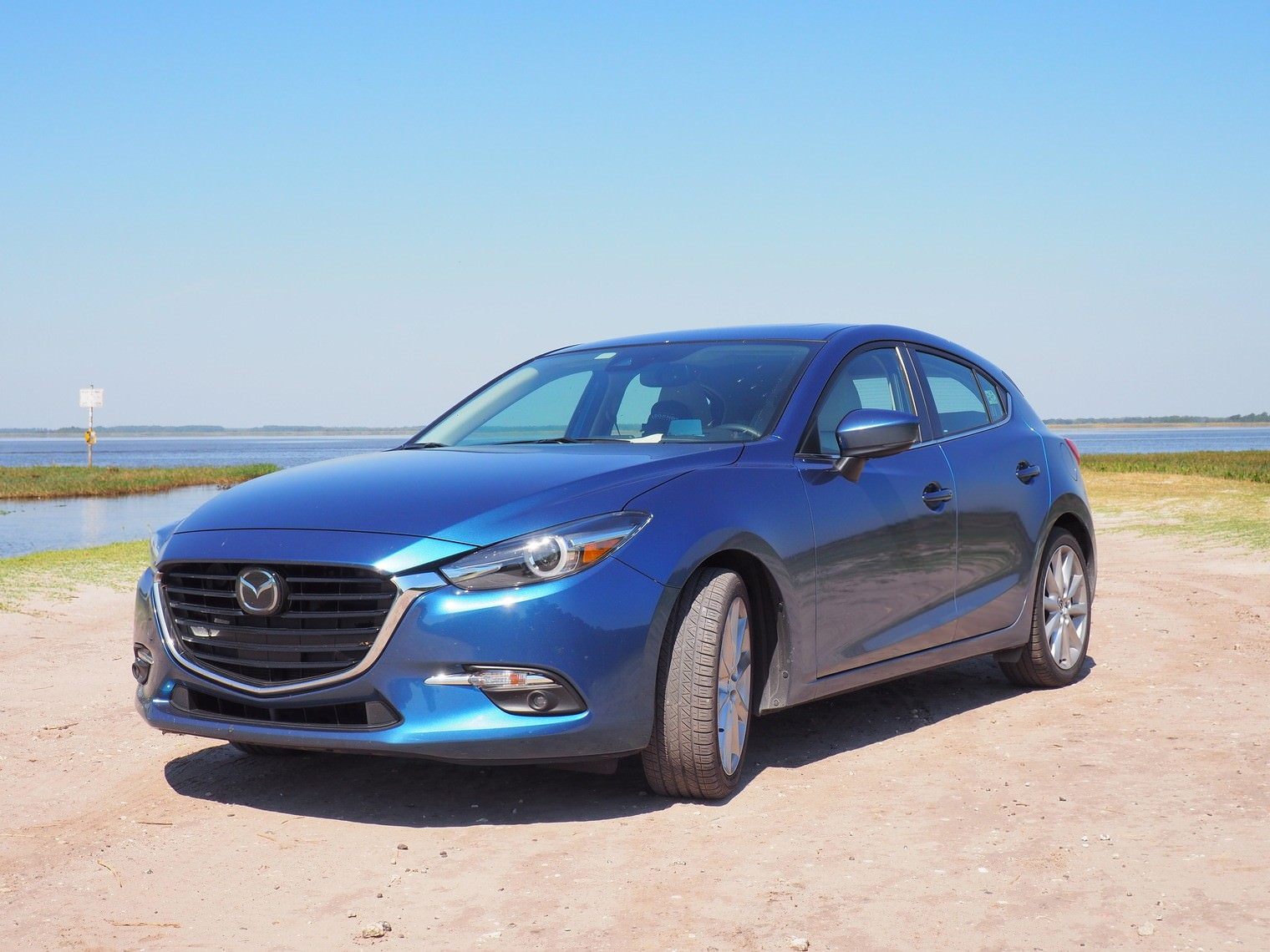 The 2017 Mazda 3 Grand Touring has been our friend and companion throughout this amazing Florida road trip. The precise handling, smooth acceleration, cool technologies and most importantly, comfort and air conditioning have kept us safe and happy on the road! Credit to Mazda for refining and improving this already amazing piece of machinery!

Note: This vehicle was provided to us free of charge to review by Mazda USA, however, all opinions and ideas are our own!

To Infinity and Beyond: Our Honeymoon Guide to Space Coast and Cocoa Beach, Florida