Home » Travel Blog » A View from the Top: Paragliding in Bontoc

Since I was a kid, I’ve always wanted to fly. Not just on a plane, but being up in the sky and feeling the wind in my face, while watching the great view from above. Who would’ve thought that I’d be fulfilling this childhood dream while in Bontoc, Mountain Province?

For the last quarter of 2014, I stayed in Bontoc for work. One night, while I was walking home, I saw an ad for tandem paragliding in Bontoc.  This is where the instructor flies with you and controls the wings, which is great for beginners.

“My dream of flying can finally come true,” I thought; and that, too, in Bontoc, with its great view of the rice terraces, mountains, and the mighty Chico River! I immediately inquired at the café where the ad was posted. They told me that Armand Dard, the paragliding instructor from France, seasoned inexperience in his field, is already in the country but is still enjoying himself in Boracay. During winter in France, he would come here to the Philippines to go paragliding in different parts of the country like Bontoc.

The best months for flying in Bontoc are from January to February, but Armand goes to Bontoc as early as November and stays until summer. Paragliding is really an awesome experience. I was feeling really nervous at first but became calmer as the 45-minute flight went on to reveal the idyllic views. It was so surreal and soothing.

At that, here are some paragliding pointers so you know what to prepare for and what to expect.

Be Flexible- it all Depends on the Wind and Weather 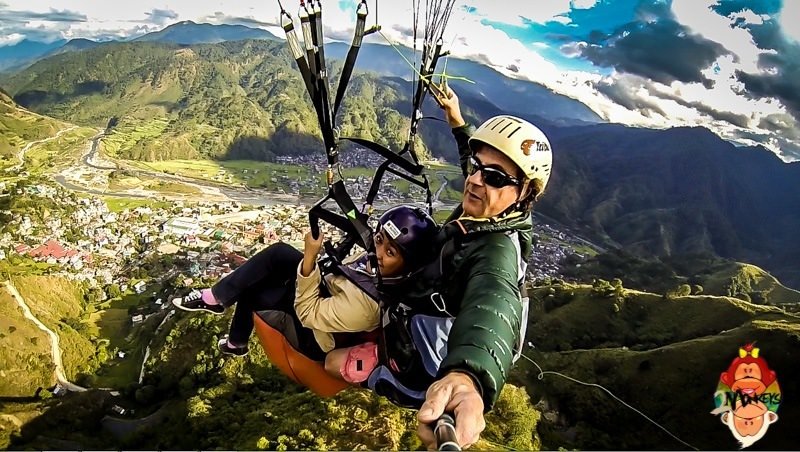 This is the first thing that they told me when I inquired about paragliding in: be flexible with your time. Your paragliding schedule is not 100% sure; weather and wind condition is of utmost importance. Sessions are canceled if it is windy or raining. Navigating in the sky is hard when the wind is too strong, so better be safe than sorry.

I first tried to go paragliding in December, but because the wind was strong, Armand canceled the session even though we were already at the take-off point. We just underwent paragliding drills instead, to prepare me for the next session.

I was finally able to fly in January as the wind and weather became more suitable for flying. So if you are on a quick trip to Bontoc and you want to try paragliding, plan ahead to make sure the weather agrees. Go in January or February, but keep in mind that schedules can still change. It really depends on the wind at the take-off point area.

Your flying time also depends on the wind. We were able to fly for 45 minutes because the wind was good. We could have actually stayed up longer if I only did not get nauseous (First-timer here; be nice.). Armand said the average flying time in Bontoc is 15-20 minutes, so I was really lucky!

Wear comfortable clothes and a sweater or windbreaker. It is going to be windy and chilly as you glide in the sky.  It is also better to wear shoes so you do not have to worry about your footwear falling off as you fly, especially if you are feeling nervous. You can also wear sunglasses to protect your eyes from the sun.

Do not bring a backpack or a huge bag as the paragliding harness is designed like a huge backpack/ foldable chair where you are supposed to sit up in the air.

What Not to Bring

Armand has his own GoPro camera and monopod so no worries if you do not own one. You just have to prepare your arms for holding the monopod up to take videos and pictures as Armand would be busy controlling the wings (although he would occasionally hold the camera, too). It is also not advisable to bring a DSLR as you are supposed to help the paragliding pilot in navigating in the sky. The pilot is going to ask you to cross your legs to the left or right to change your direction. So it is really important that you are not distracted.

During our drills, Armand explained to me that the force of the wind is so strong that I should be prepared during the take-off. He asked me to walk forward while he pulled me just to show how strong the wind could push me. I was confident that I could easily walk before finally taking off, but I was dead wrong. The wind pushed me backward before I could even take my second step! And then poof! it lifted us in the sky.

Listen to which direction you are headed. The pilot is going to glide you up in the air, but he is going to give you instructions on whether to lean to your right or left. So listen carefully. The pilot and the passenger should aim in the same direction.

Also, if you are feeling dizzy, tell your pilot immediately. Armand taught me how to vomit while up in the air to avoid all the mess. He said that it is usual for first-timers to get dizzy while up there. Good thing I did not vomit in the air (I was able to hold it until we were on the ground). So better not eat too much before flying.

Finally, Relax and Enjoy the View

I did not have a good take off as the wind pushed me before I could even launch myself. I was shocked by the wind force so it was hard for me to relax at first. It also felt weird that my feet are just dangling up there and not touching the ground, but after a few minutes of watching the scenery, I felt so relaxed and joyful.

Bontoc is Perfect for Paragliding

Bontoc, the town center of Mt. Province, is a thriving community in the middle of the mountains. The rice terraces and the Chico River cutting through the communities is a sight to behold. So if you are planning a trip to Sagada, why not include Bontoc in your itinerary since it comes before Sagada (just 30 minutes away) and experience paragliding? The PhP2,900.00 fee was well worth it, and now I am saving up for my next flight. See you in the sky! 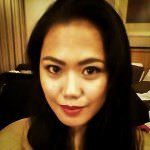 I’m Gale Villaflor, a freelance researcher and development worker and a crochet addict. I travel a lot for work, but would love to travel more for the sake of traveling. I am enthused in stitching travel & crochet together. Find the tangles here!

17 thoughts on “A View from the Top: Paragliding in Bontoc”

6 Simple Tips on How NOT to Get Lost while Traveling