The Mediterranean port town of Valencia in Spain begs you to think about oranges, and that would be true. Valencia is Spain’s third-largest city is surrounded by fertile farming land, much of it given over to orchards. Valencia is a paradox in that the old and the new co-exist harmoniously together. Valencia has a rich cultural history and is now one of the most exciting and innovative cities in the country. It is also a city of sun and surf, food, and culture. 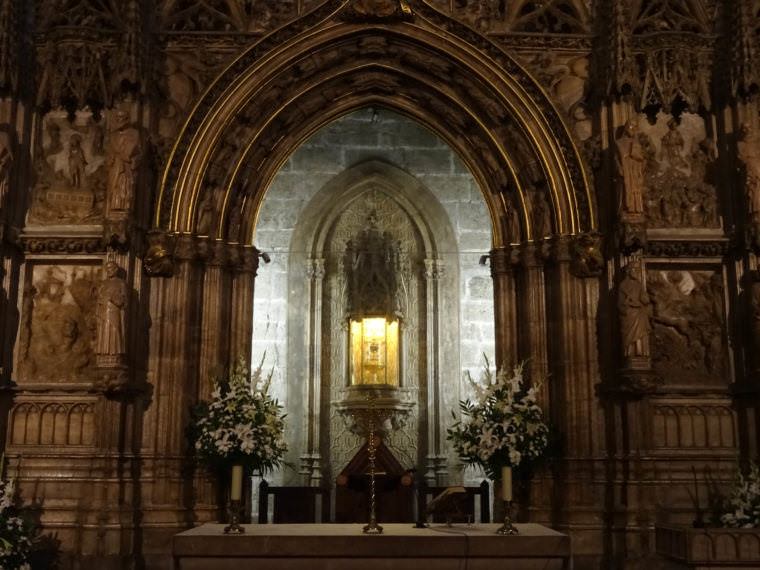 Valencia reputedly also has the Holy Grail, as in ‘the Holy Grail’ in the Catedral de Valencia, making it a hot spot destination for religious pilgrims.

The plazas in Valencia are lined with trees making fabulous shaded areas to escape the intense summer heat. From these many squares, you can explore the back alleys where the locals eat and even arrive at more green spaces and more plazas. Some of the highlights in The Old Town are The Plaza del Reina or Queen’s place as well as the Plaza Ayuntamiento or the Town Hall. These are very grand buildings, which reflect the wealth of the city during the golden age of Valencia. There is a fountain in the middle of the square, and there are flower shops all around making this a charming area. 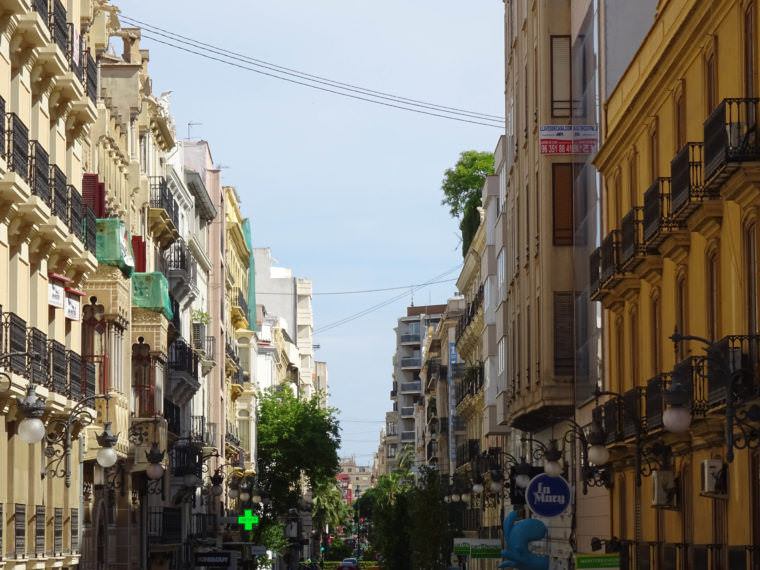 The old town of Valencia is very Spanish with its winding alleys, small little houses that open to large plazas with magnificent buildings, many churches, as Valencia is a devout Catholic city. The Post Office and the Opera House are excellent examples of the art nouveau period.

Throughout the historical Old Town who will find modern and avant-garde sculpture seamlessly interspersed with the older buildings.  One of the best things to do in the city is to get a Valencian horchata and a farton, from Horchata de Santa Catalina. Horchata is made from is made of chufa or tiger nuts, sugar and water and is perfect on a hot day. When King James 1 tried it for the first time, he said: “this is gold baby” giving horchata its name.

One of the most amazing buildings to see in the Old Town is Palace of the Marqués de Dos Aguas, an unusual building of the rococo, neoclassical and oriental style.

Valencia is the most important rice-producing area in Spain and is the undisputed home of paella. Paella reigns supreme in Valencia. It is the source of great pride to every family, and eat enough of it, and you will taste the differences.  One of the best things to do in Valencia is a to attend a cooking school and learn how to make paella properly. 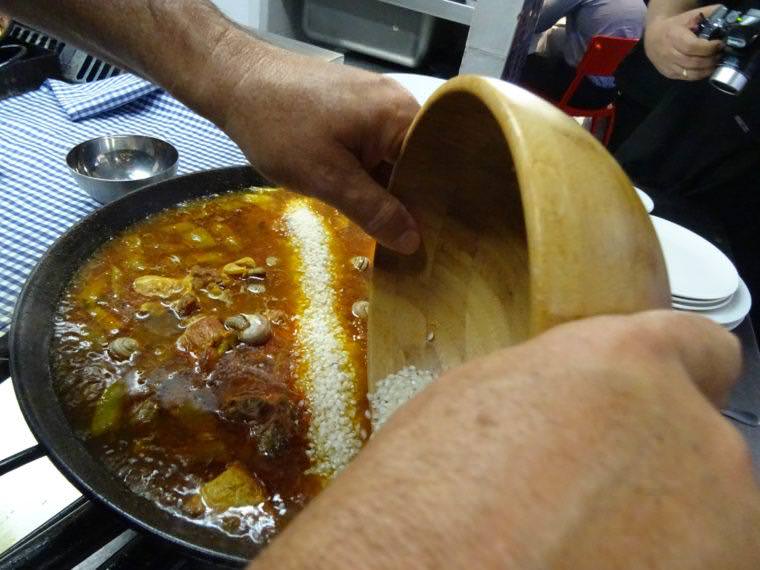 The Escuela de Arroces y Paella Valenciana is such a school where you spend the day under the tutelage of Chef Cross learning how to make the paella so that it is ‘perfecto.’ It is also a typical Valencian day of fun, as you eat, drink and learn all about the perfect paella.

The Avant-garde architecture in The City of Arts and Sciences will come as a real shock after the historical district of the Old Town. As that is why Valencia is such a fascinating city. It uniquely allows the old and the new to work together. Local architects Santiago Calatrava and Félix Candela designed these futuristic buildings. They cover two kilometers of the former riverbed of the River Turia. 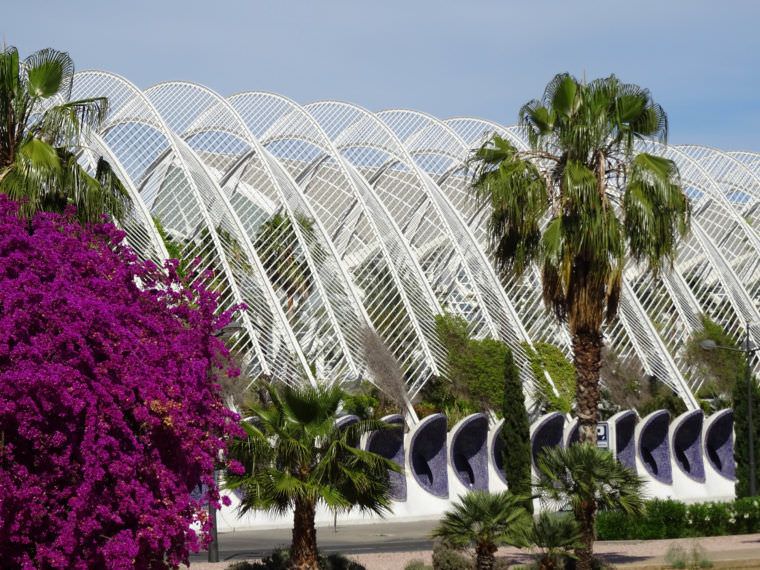 It is worth get a Valencia Tourist Card, which gives you entry to the Oceanogràfic, the Science Museum, and the IMAX Dome at the Hemisfèric.

After a catastrophic flood of the Turia River in 1957, the Spanish government redirected the path of the river from the city center to the south. Eventually, the former riverbed was converted to what is now the largest urban green space in the country. The Turia Gardens are the largest inner city urban park in Valencia. It is a green belt that runs through the city and is one of the most popular places for people to go.

5. Go to the Beach in Valencia

A short bus trip from the Old Town is the beach area of La Malvarrosa. La Malvarrosa beach is split into three main areas, which are the Malvarrosa, Las Arenas, and Patacona beaches. There are many restaurants and seafood bars along the palm-fringed promenade, and many of them sell paella. You will also see some magnificent sand castles being built along the walkway. 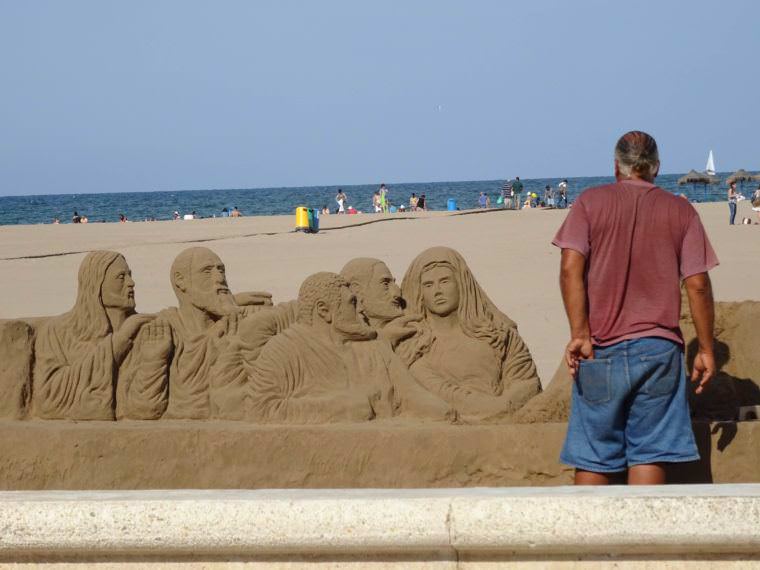 The beach of El Saler is located about 13 kilometers to the south of the city, and Port Saplaya beach is a little further away but very popular with the local people of Valencia. 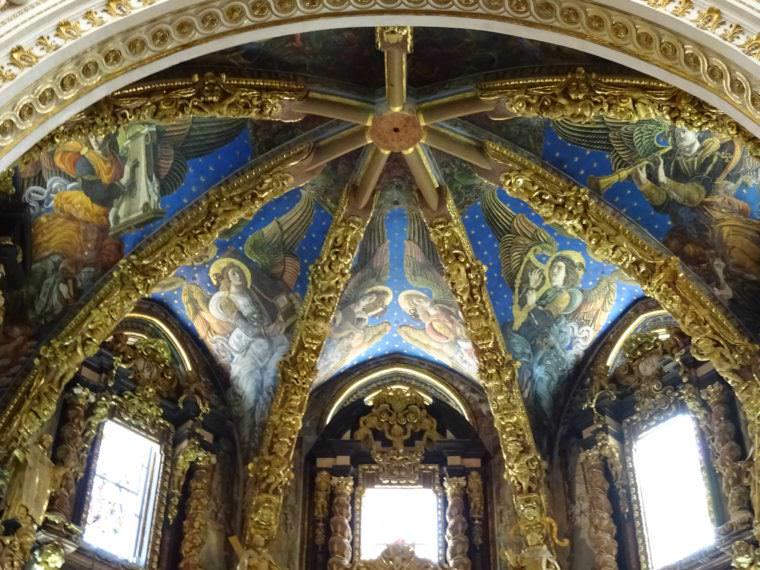 Next to Mercado Central is The Iglesia de los Santos Juanes Church founded in the 14th-century. It is worth visiting to see the ceiling that was painted by Palomino in 1700.

7. Attend the Fallas Festival in Valencia

The Fallas Festival is held every year from the 15th-19th March and is considered to be one of the best in all of Spain. People from all over Spain and overseas visitors come to Valencia specifically to attend the Fallas Festival. It is a celebration of Saint Joseph. Fallas means the celebration and the monuments burnt during the celebration.  In effect, it originated from the carpenter’s guilds burning wood in respect to their patron Saint Joseph. Now, gigantic cardboard monuments called ninots are created, and they are burnt at the festival. To put it into perspective this is one gigantic fire festival in a town that knows how to party.

Where to Stay in Valencia, Spain 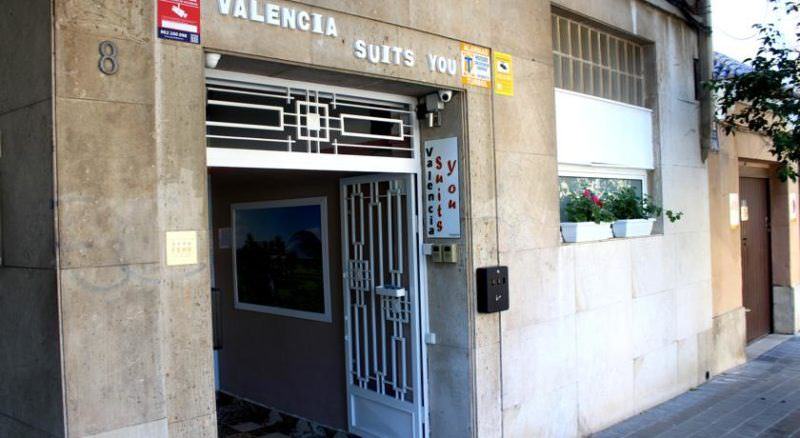 The rooms in this property have modern décor and include a fan and a wardrobe. Bed linen and towels are included.  Featuring free WiFi in all rooms and a shared lounge area. 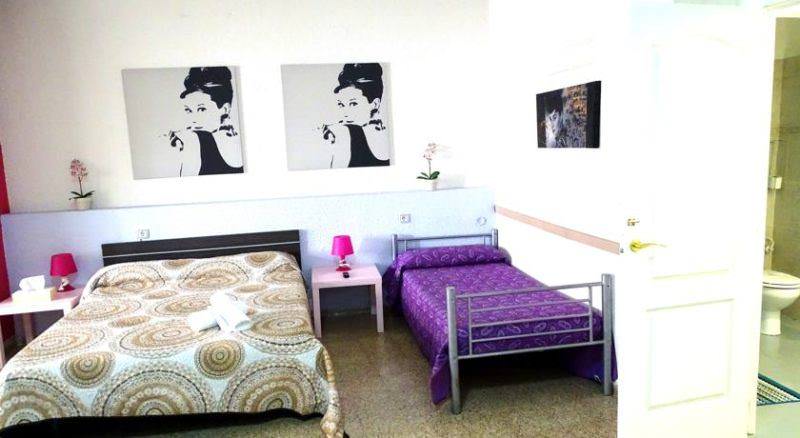 This modern hotel is located in central Valencia, opposite the National Ceramic Museum and 200 m from the lively Plaza de la Reina, 300 m from the Cathedral. he Lonja de la Seda, a UNESCO World Heritage Site, is 250 m away. 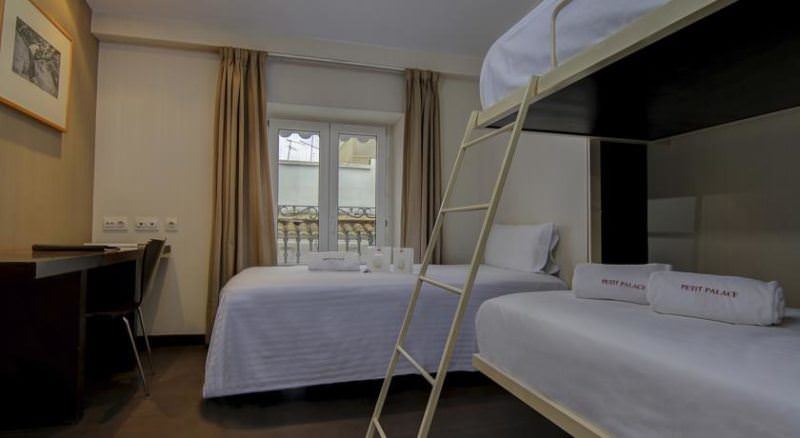 This exclusive hotel is housed in one of Valencia’s most impressive Modernist buildings, 1 km from the Cathedral and 300 m from the Mestalla Football Stadium. There are 3 metro stations in the local area. 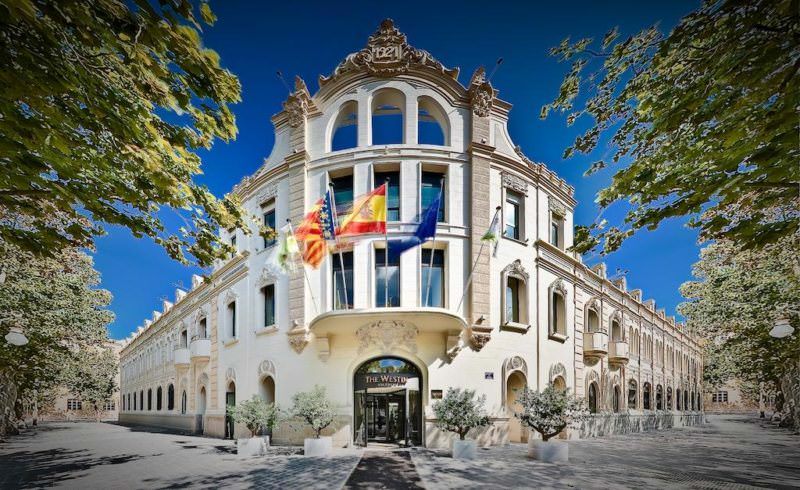 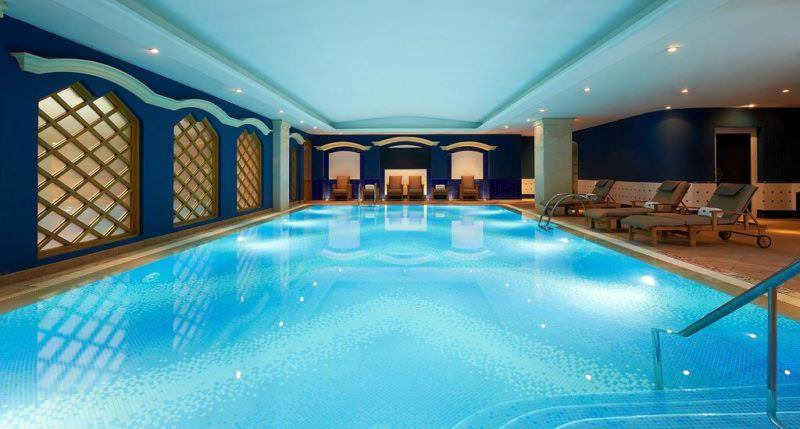 Paula and her husband Gordon are travel writers at Contented Traveller, a site for fit, free and financial travellers, who are a little left of cente.

3 thoughts on “7 Awesome Things to Do in Valencia, Spain @gordyandpaula”

7 Places You Must Visit in Perth, Australia @LadyandTramper

7 Awesome Things to Do in Brasov, Romania @twodriftersxo