If you want to know more about these tribes, you can go to the Formosan Aboriginal Cultural Village. The combination of natives and mainland China producing a unique culture including its dishes. 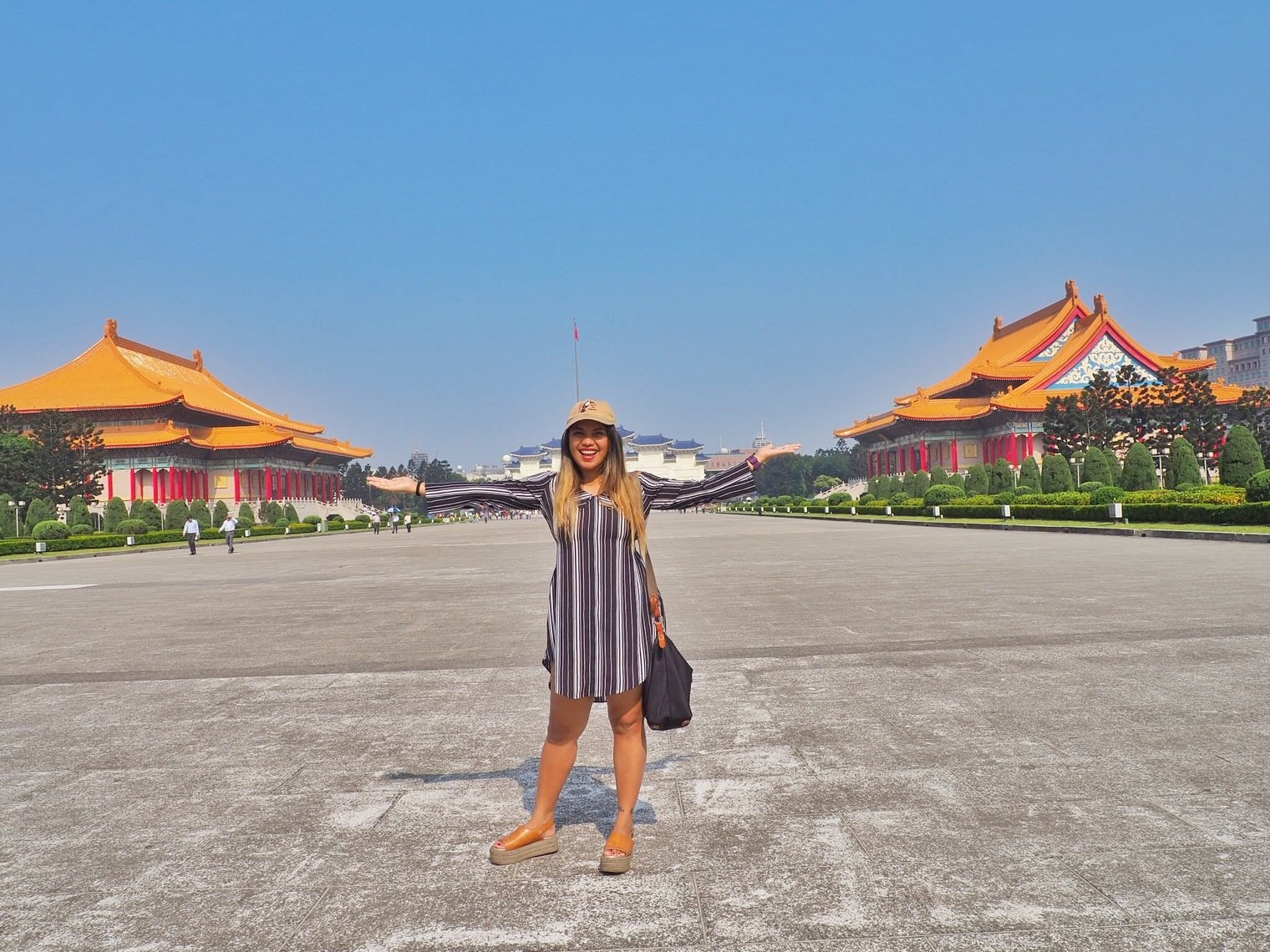 You can’t say that you’ve ever visiting Taiwan if you were never tried this one. Considered to be an extreme food, stinky tofu is fermented tofu that has a distinct odor. Many street stalls even restaurants has stinky tofu in their menu. Despite its distinctive odor, stinky tofu has a pleasant flavor. It’s kinda eating the regular fried tofu that is seasoned with plenty of soy sauce and garlic.

Stinky tofu also has many efficacies such as normalizing digestive function and nourish the stomach and keep your skin healthy. If you’re trying this dish for the first time, I recommend you try the fried one since it has less odor than the boiled ones.

Shilin Night Market is the best place to go when you want to try this exclusive dish.

Noodle based dish is a common dish in Eastern Asia, especially in the Republic of China, including Taiwan. There are so many types of Taiwanese noodle dishes, and Oyster Mee Sua is one of them.

The noodles were served along with oyster and pig intestines. Some of you might be not too keen on intestine dishes, but it’s never wrong to have a taste of this delicate Mee Sua. The broth of this dish was made with bonito flakes, dried fish, and chicken broth.

The combination of oyster, pig intestines, and the broth producing a savory taste and smooth texture. Many stalls in Taiwan serving this menu at their place. It won’t be hard to find one.

Another noodle dish that you should try in Taiwan is Beef Noodle Soup. Taiwanese love this dish to the extent that they made a festival dedicated to Beef Noodle Soup that usually held on September 1st to October 15th. The festival called “The Taipei Beef Noodle Festival.” If you love noodles, make sure to not miss this festival.

The noodles were served along with beef cutlets and vegetables cooked in the beef broth. This local food in Taiwan can be easily found in Taiwan, from the street stalls to the classy restaurant that has this Beef Noodle Soup on their menu.

Got popularity all over the world, this Chinese dish called Xiao Long Bao or Dumpling is a must-have eaten menu. The Taiwan version of Xiao Long Bao is a modification from the Shanghai version.

The skin dough of the dumpling filled with minced pork, pork with crab eggs, vegetables, chicken, or pork with truffle. It also contains a thick stock in it. When you bite it, it will have an explosion sensation came from the stock that is released from the dough.

Dan Zai Noodle or you can also call it Tan Tsi Noodle is a popular dish originated in Tainan City. It has a small portion and you might want to eat several portions of this dish when you are at starving state. Locals usually enjoy it as a snack instead of a proper meal.

Dan Zai Noodles was made from noodles that are soaked on the savory broth. It is served along with pork, shrimp, bean sprout, coriander leaves, garlic, soy sauce, and boiled eggs as the toppings.

In East Asia countries, pig’s blood was processed to be a delicious dish and it has a lot of fans. While in South Korea this kind of dish called Sundae, in Taiwan it is called Ti-Hoeh-Koé. This dish is one of the most popular street foods in Taiwan. You won’t be missed it when you’re in Taiwan, will you?

Pig’s Blood Cake was made from pig’s blood mixed with black sticky rice and it saved in the wood steamer to keep it warm. It’s shaped similar to a popsicle, and you can enjoy it while sightseeing in the city.

Although it’s named as a soup, Hongdou Tang is a Red Peas ice that sometimes served along with the potatoes, jelly, or boba (we will discuss boba later in the next part). There are two ways of serving Hongdou Tang, cold in summer, and warm in winter.

Nothing can beat the heat weather better than a bowl of shaved ice. The most popular shaved ice dish in Taiwan is Tsua Bing or snow ice in English. It is said that Bao Bing (Mandarin name of Tsua Bing) had been enjoyed since the 7th century.

It has various of topping that is poured on top of a large amount of ice shaving. The traditional topping that still widely popular were mung beans that cooked along with adzuki beans, condensed milk, melted sugar, and boba.

This dish is another type of Tsua Bing. The difference is only the topping they use as the topping. Shui Guo Bing is topped with fruits such as strawberries, jackfruit, avocado, kiwi, or mango.

Mango topping was available only during the summer since mango is a summer fruit (when you found mango in another season, it can be mango with special breeding treatments and generally it was pricey). During the winter, you can find Shui Guo Bing with strawberries topping.

Widely popular not only in Taiwan but also all over Asia especially in East Asia and Southeast Asia, Bubble Tea is known originally came from Taiwan. This is a milk ice tea that served along with boba. You might be wondering “what is boba?” since I’ve been mentioned it several times before. It is a black pearl thingy in the drink like you can see beneath.

The black pearl boba was made from tapioca flour mixed with sugar and formed it into a ball shape then boiled it until floated in the water. When you sip the tea, the bobas also hitting your mouth and it gives you a satisfying sensation while you drink it.

You can easily find the stall who sell this drink in from the alley stalls to restaurants and cafes.

That was a small part of local food in Taiwan that are popular with locals and tourists. You will never be getting upset about the food since there were limitless types of dishes that you can try in Taiwan. So, which one of those dishes you want to bite?