Home » Travel Blog » Things To Do in Uzbekistan : My 5-Day Travel Itinerary to Tashkent, Samarkand and Bukhara

Planning for a trip can be difficult, especially when you’re heading to a country which is not that frequented by tourists and there isn’t much information on the internet. This is exactly what I felt when I was planning for my adventure to Uzbekistan. 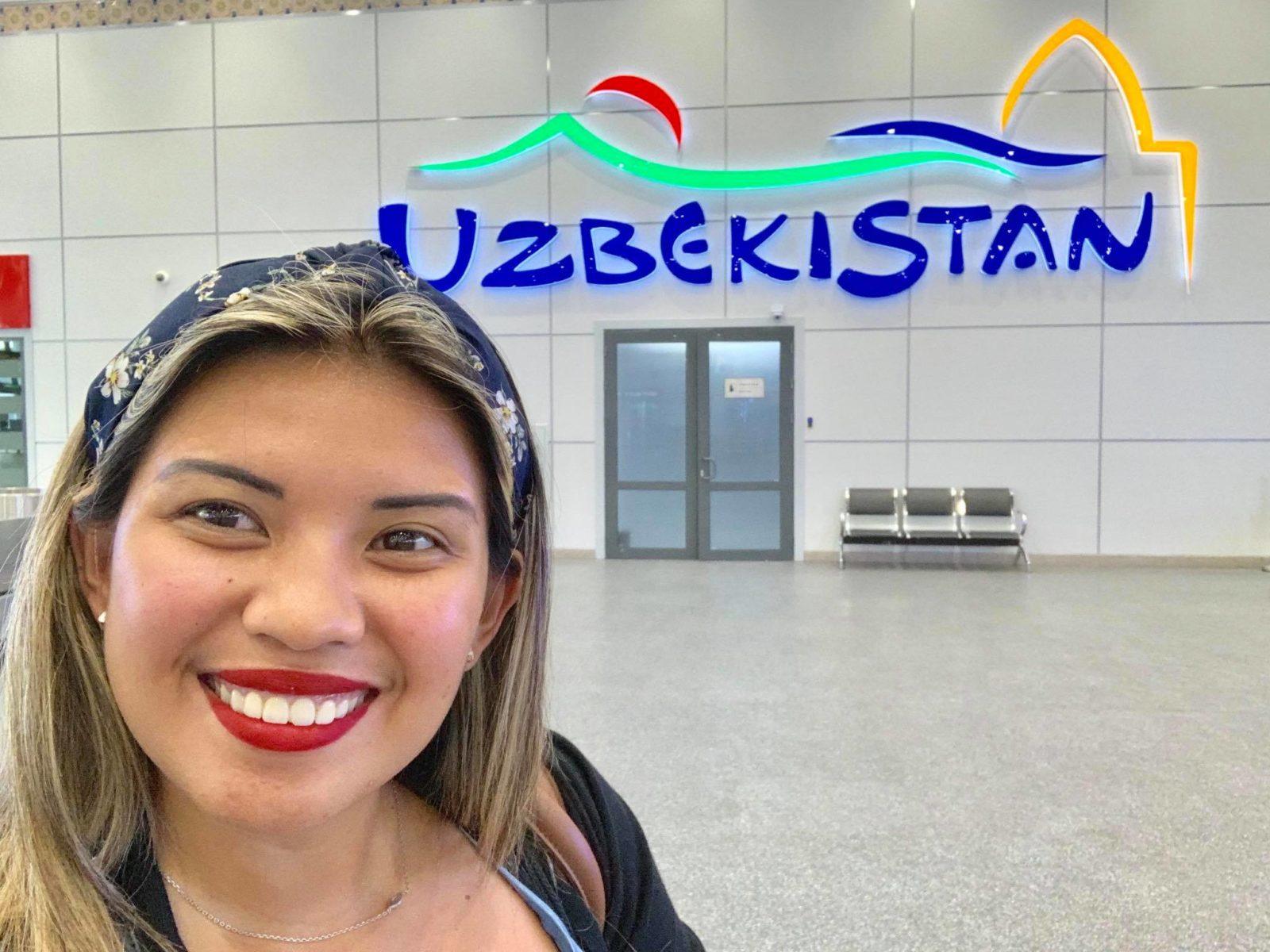 Aside from visa restrictions not only because I have a Philippines Passport, one of the challenges that I’ve encountered is arranging my trip as a solo traveler. Not only will it be more expensive, but I also felt like I’ll be stressing more on the trip than just enjoying it. 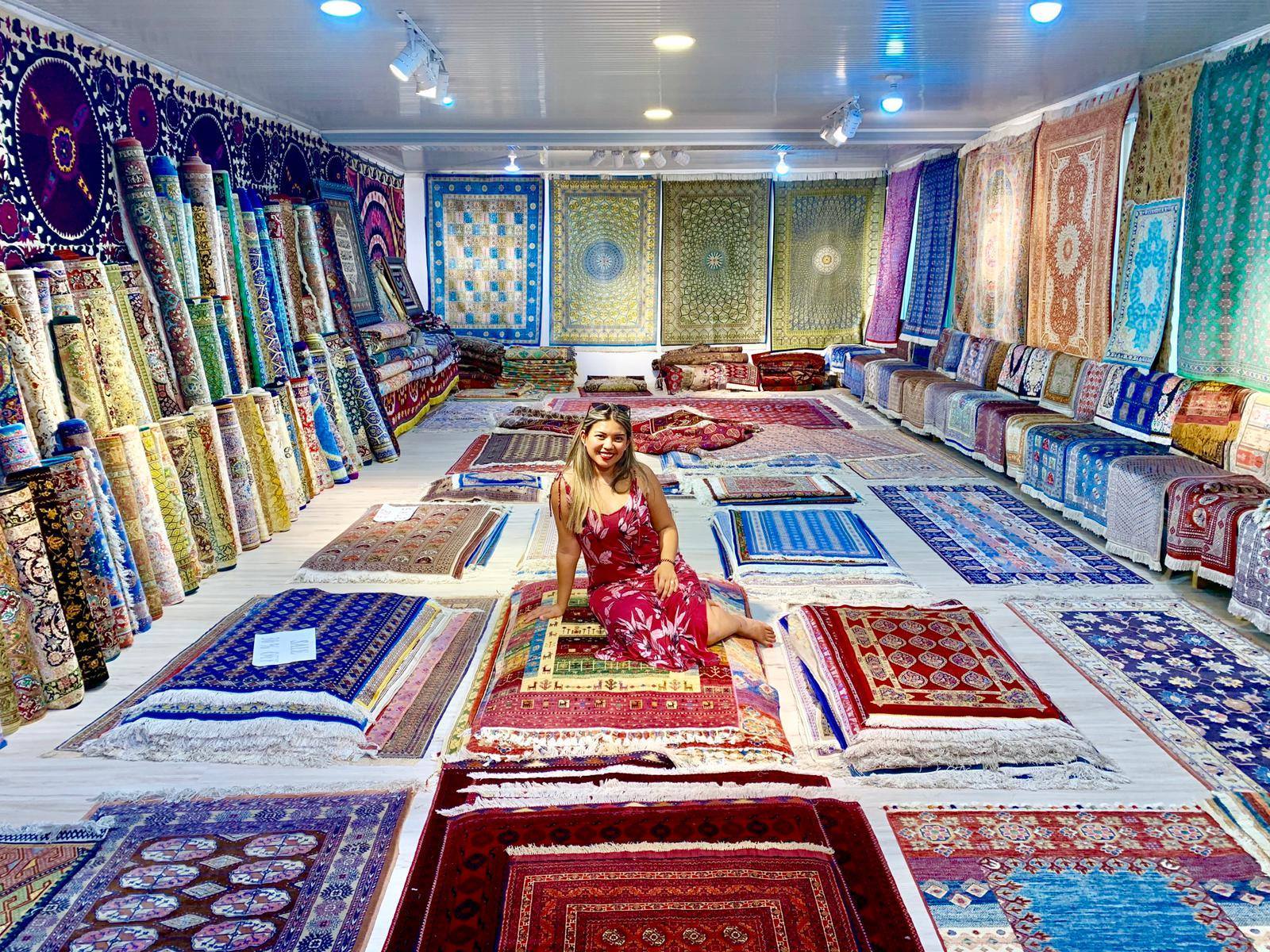 Good thing I came across Lifetime Adventures, a travel agency based in Uzbekistan which was founded by 2 big dreamers who started out as Tour Guides in several countries they called their home– The Great Silk Road. They were the ones who arranged my trip from the smallest details such as hotel and transportation up to the most important one– that precious itinerary which I’ll be sharing with you in this post 🙂

In July 2018, the Government of Uzbekistan introduced an e-Visa for travelers from 101 nationalities, the Philippines included. Because of this, we no longer need to submit documents and apply for a visa in a Consulate. Rather, we need to apply for an e-Visa, you can read my full article here.

MY 5-DAY ADVENTURE IN UZBEKISTAN 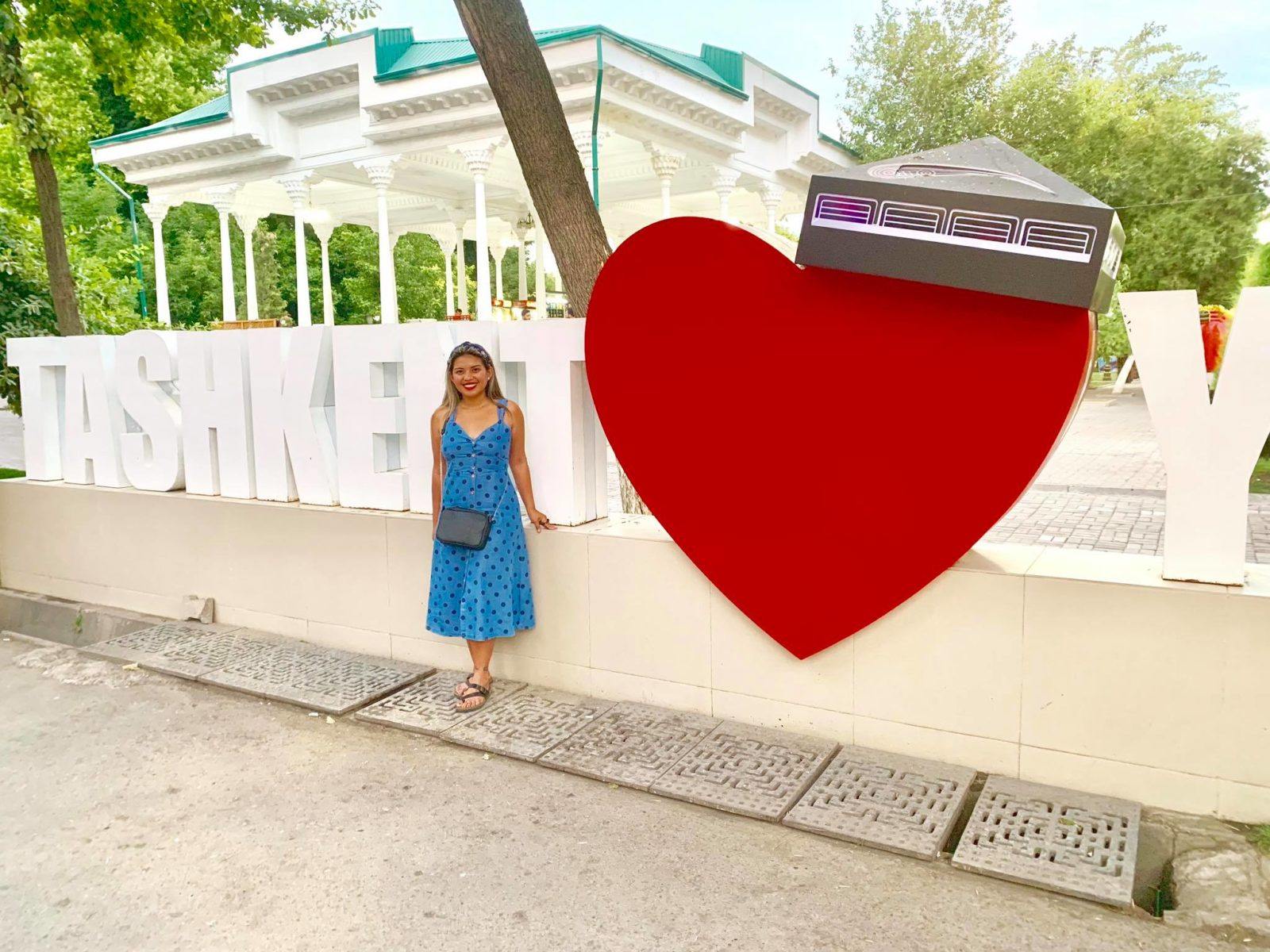 I arrived early in the morning and as usual, one of the perks of booking through a travel agency is that a driver was already at the airport waiting for me upon arrival (no need to haggle with taxi drivers). 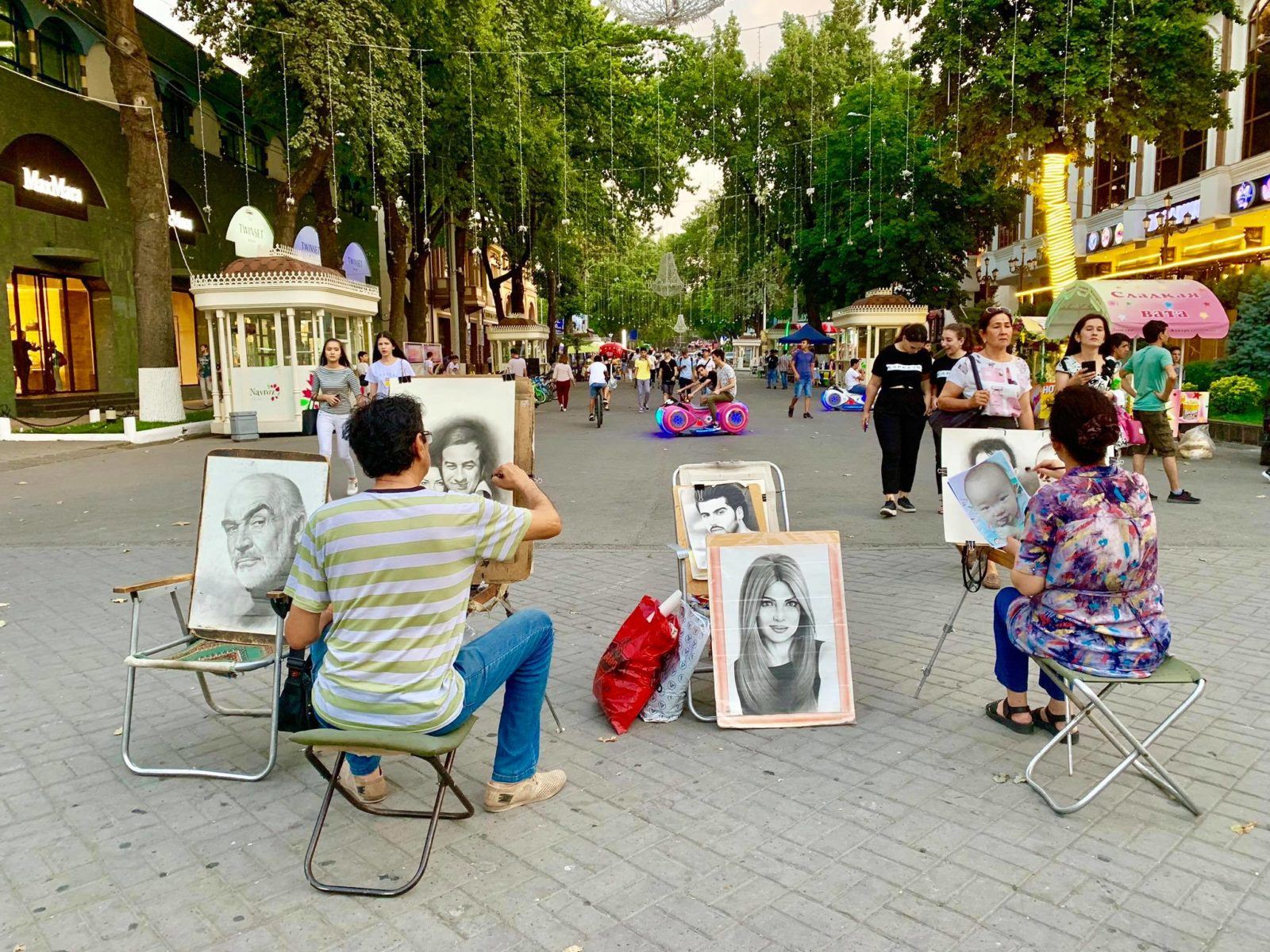 I had my free day in Tashkent so I went on my own around the city center and saw some attractions and popular buildings like Amir Temur Square, Independence Square, and the Chorsue bazaar.

If I have more time then I would go to Khast- Imam Complex, home of the world’s oldest Koran of Caliph Uthman, and inside the complex, you’d see the following: 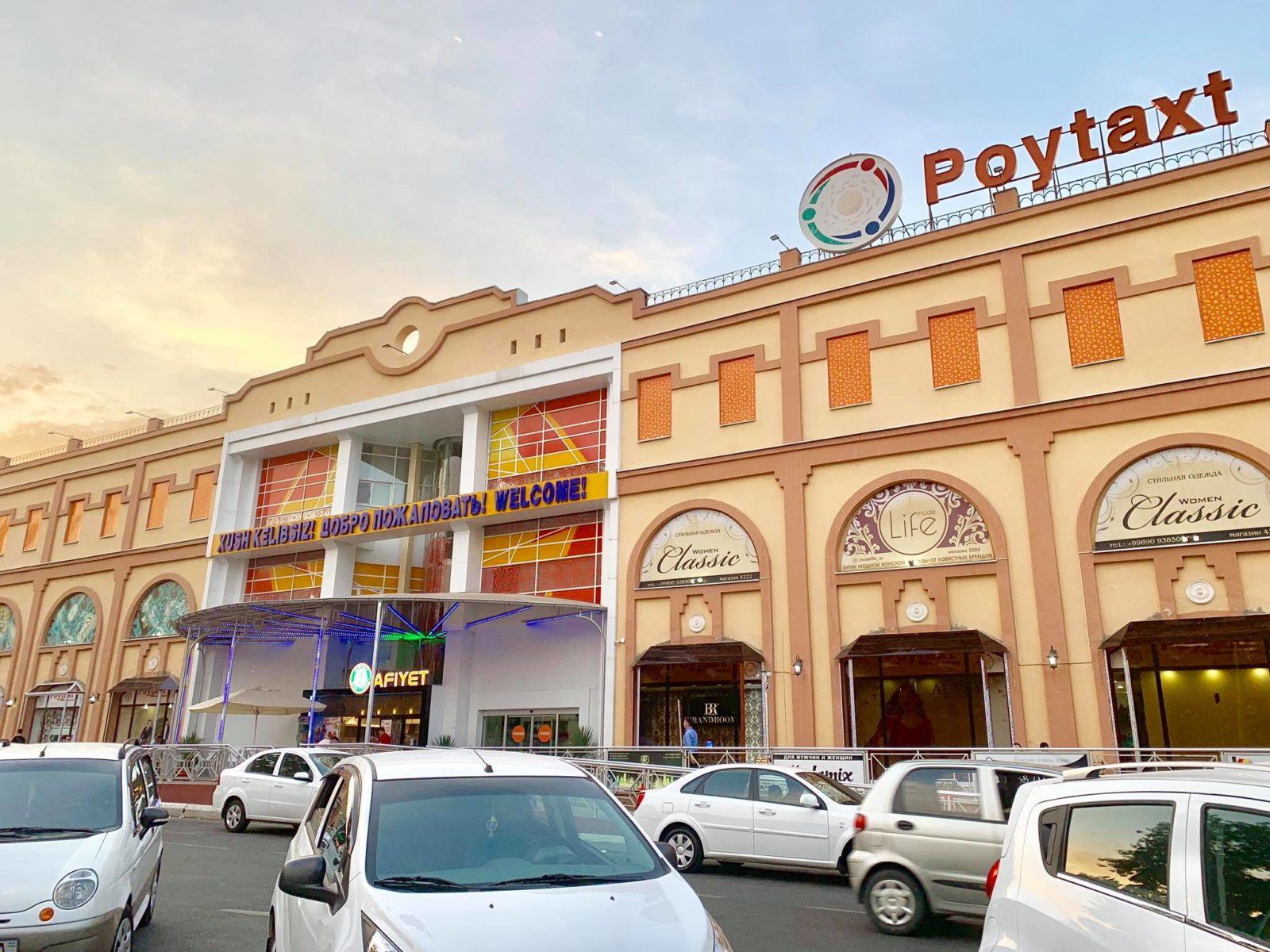 The next day, a guide from the company picked me up from the hostel and had a short drive to Tashkent Metropolitan where I transferred to a local train station to get to Samarkand. This will take 2 hours and 30 minutes via Speed Train which is more beautiful than the ones in Europe! My ticket was pre-booked by Lifetime Adventures and upon arrival in Samarkand, I met with another guide of their tour agency team who took me to the hotel.

Founded in 8th BC and having been one of the main crossroads on the Silk Road connecting north and south as well as the east and the west, Samarkand had been the center for artisans and traders, multicultural society and the capital city for many great kings whose hearts were stolen by its beauty, wealth and its rich history. 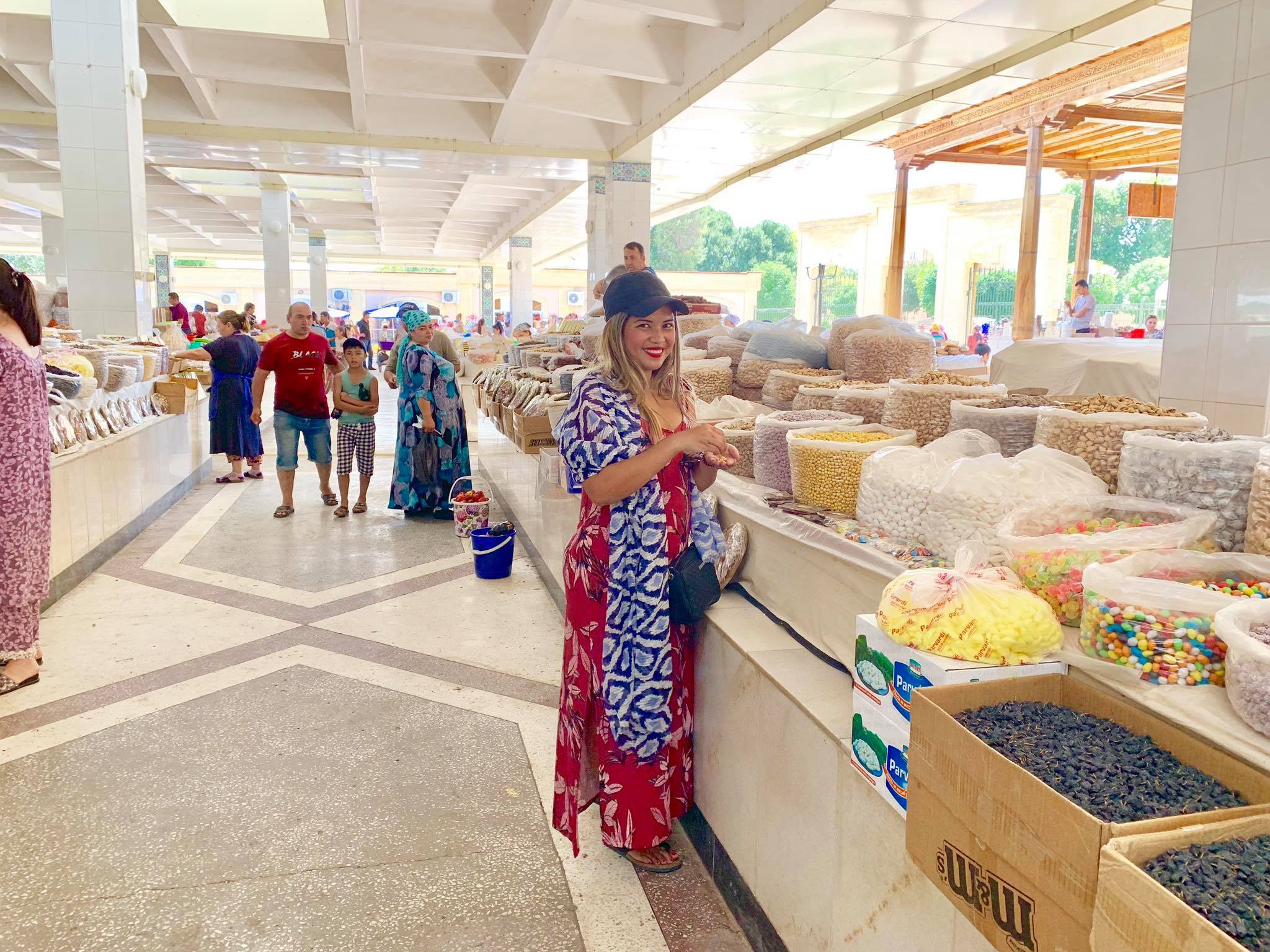 I started the day with a heavy breakfast as I know that this will be a long day that’s going to be filled with beautiful historical information from my tour guide. We visited the Guri Amir – the great Tamerlane’s Mausoleum alongside his sons and grandsons. We then went to Registan Square, considered as the heart of Samarkand which retains three madrasahs (Schools): the Ulugh Beg Madrasah (1417–1420), the Tilya-Kori Madrasah (1646–1660) and the Sher-Dor.

I was in awe about how beautifully the Madrasah is decorated in mosaic, tiles, and intricate geometric brickwork including the many handicrafts and souvenir stalls in the courtyards and rooms. We then walked towards the Bibi-Khanim Mosque, one of the largest and most magnificent mosques in the Islamic world, which represents the timeless symbol of Tamerlane’s love for his wife.

The last stop was the busy and colorful Siyab Bazaar where merchants sell their local goods from Uzbek clothes, food, and souvenirs. This place is so lively that you wouldn’t want to leave just yet! Haha. After walking around and watching the world go by, we then had dinner at a local restaurant and went back to the hotel.

There’s so much to see here that a day isn’t enough. After enjoying breakfast, we started exploring the Shakhi-Zinda Complex also known as “the streets of mausoleums”. This complex looks like an open-air museum as we walked by 20 beautifully decorated buildings, known as the holy site for Muslims and the burial place for the Prophet Mohammed’s cousin. 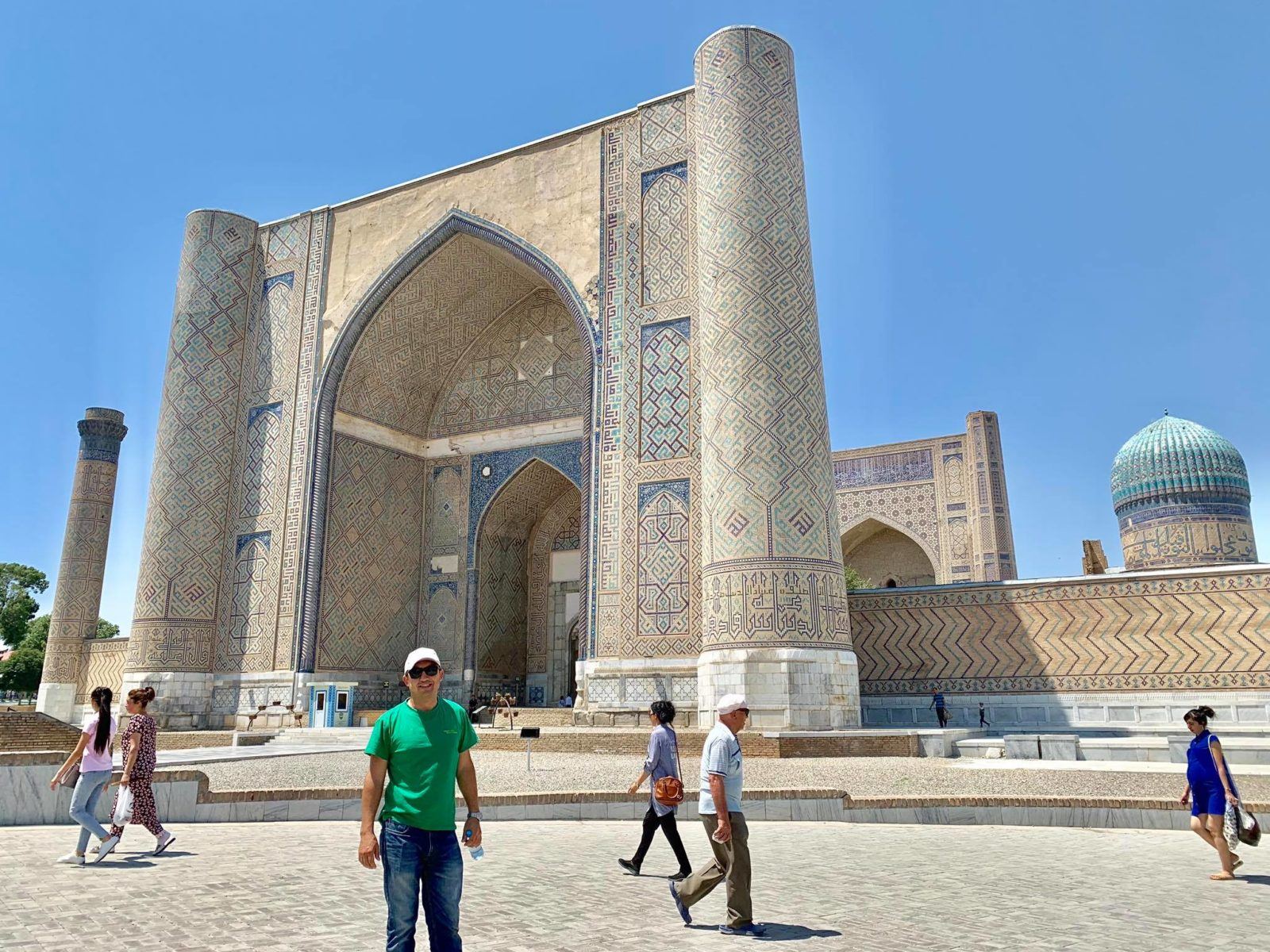 Another stop is one of the finest observatories in the Islamic world Ulugh-Beg Observatory which was built in the 1420s by the Timurid astronomer. It used to be the largest in Central Asia before it had been destroyed. 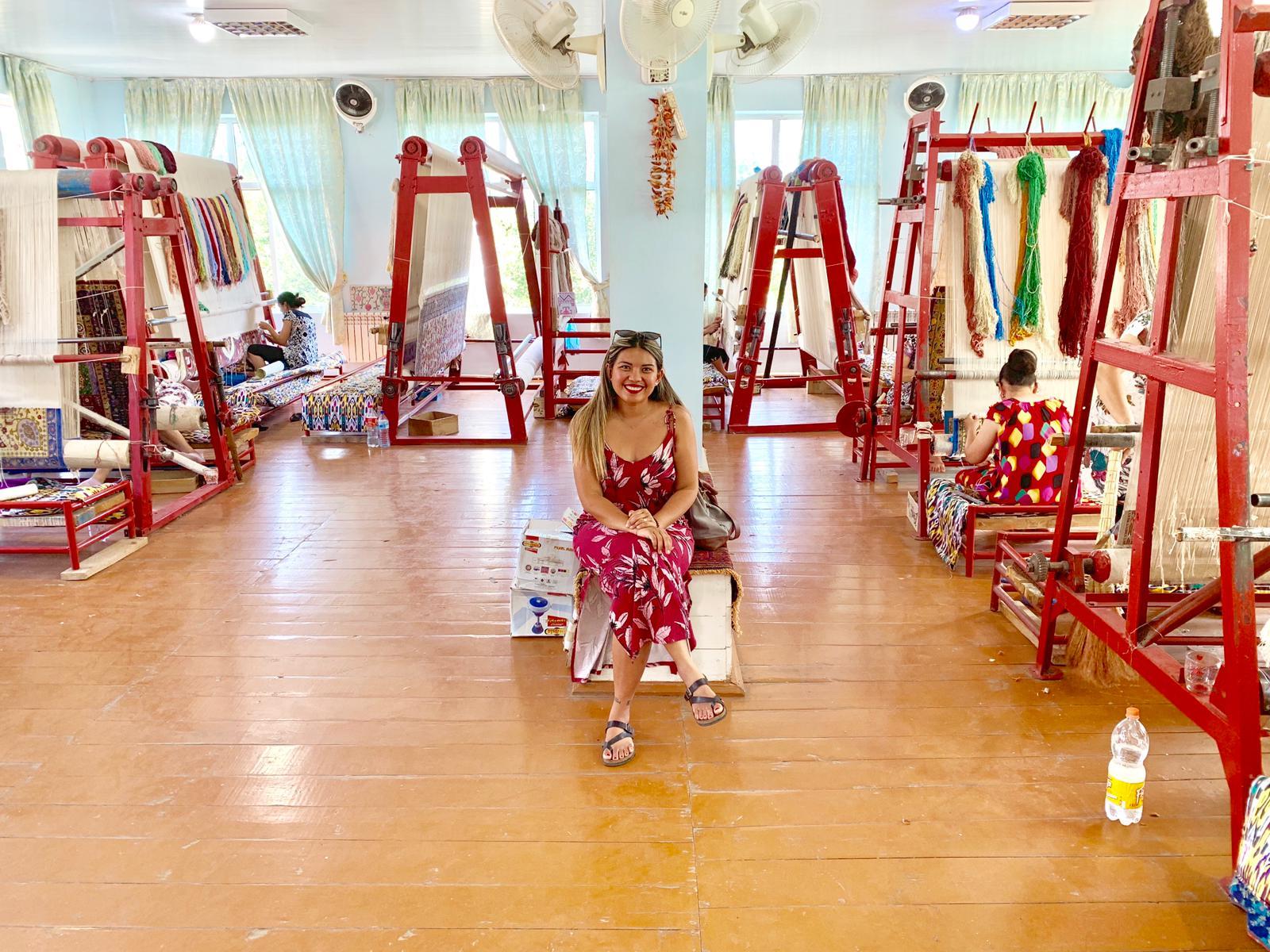 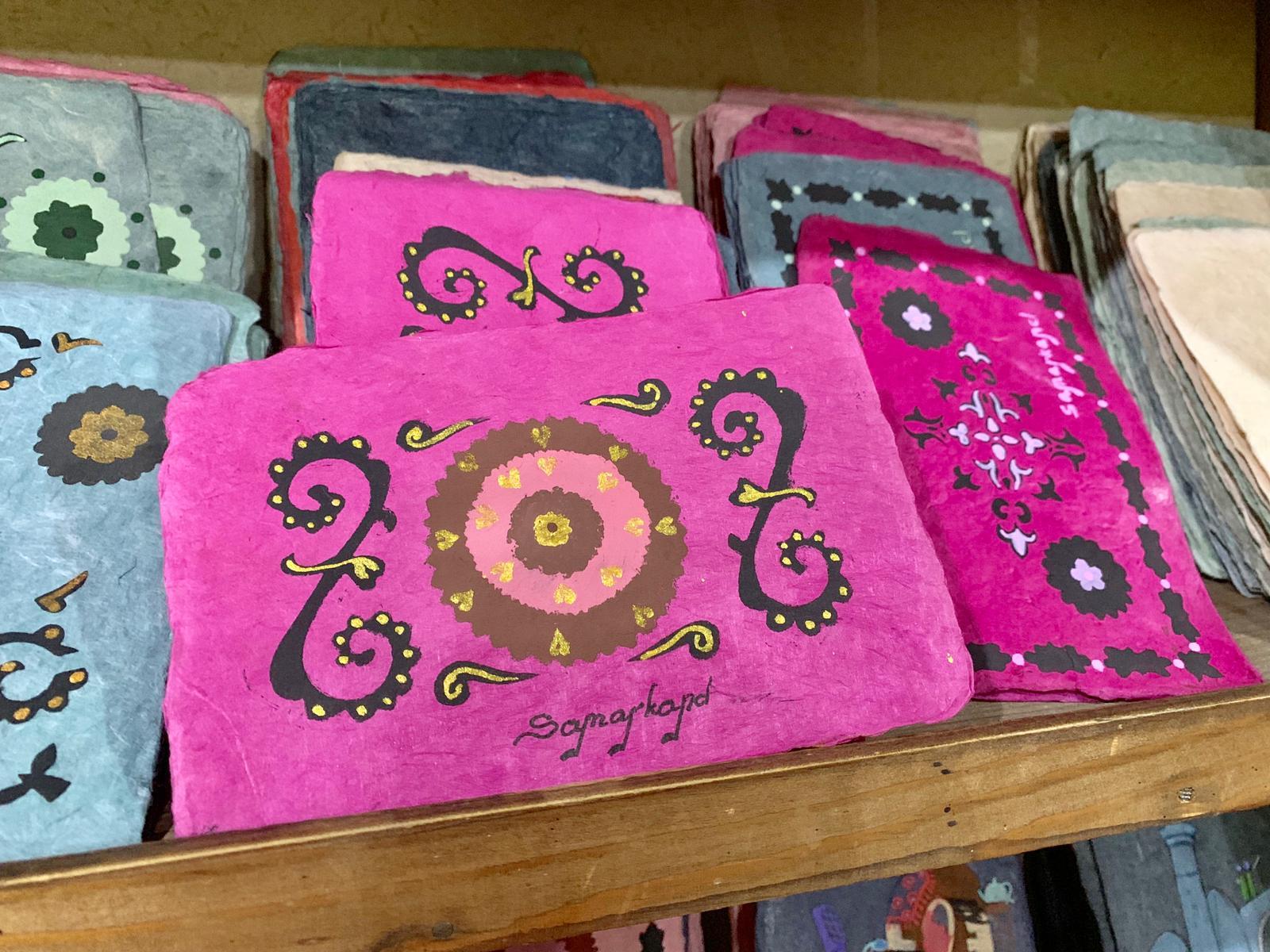 Other places I’ve visited are the Gur-e-Amir (the mausoleum of the Asian conqueror, Timur), Bibi-Khanym Mosque (one of the most important monuments in Samarkand), ShahiZinda (a street of tombs belonging to Timur, his family and favorites that are decorated with the city’s finest majolica tilework), Afrasiab (an ancient site in Samarkand), as well as the silk carpet company and even the old-paper making village in Konigil.

DAY 4:  DRIVE TO SHAKHRISABZ AND THEN BUKHARA

From Samarkand, we started our journey to Shakhrisabz after breakfast. This is known as the land of Tamerlane and the historical center which is included in the UNESCO World Heritage List. A stop at the ruins of the Ak-Saray Palace is something which you should do as this used to be Tamerlane’s residence. Thereafter, visit Dor-ut-Tilovat Mausoleum of his father and mentor. 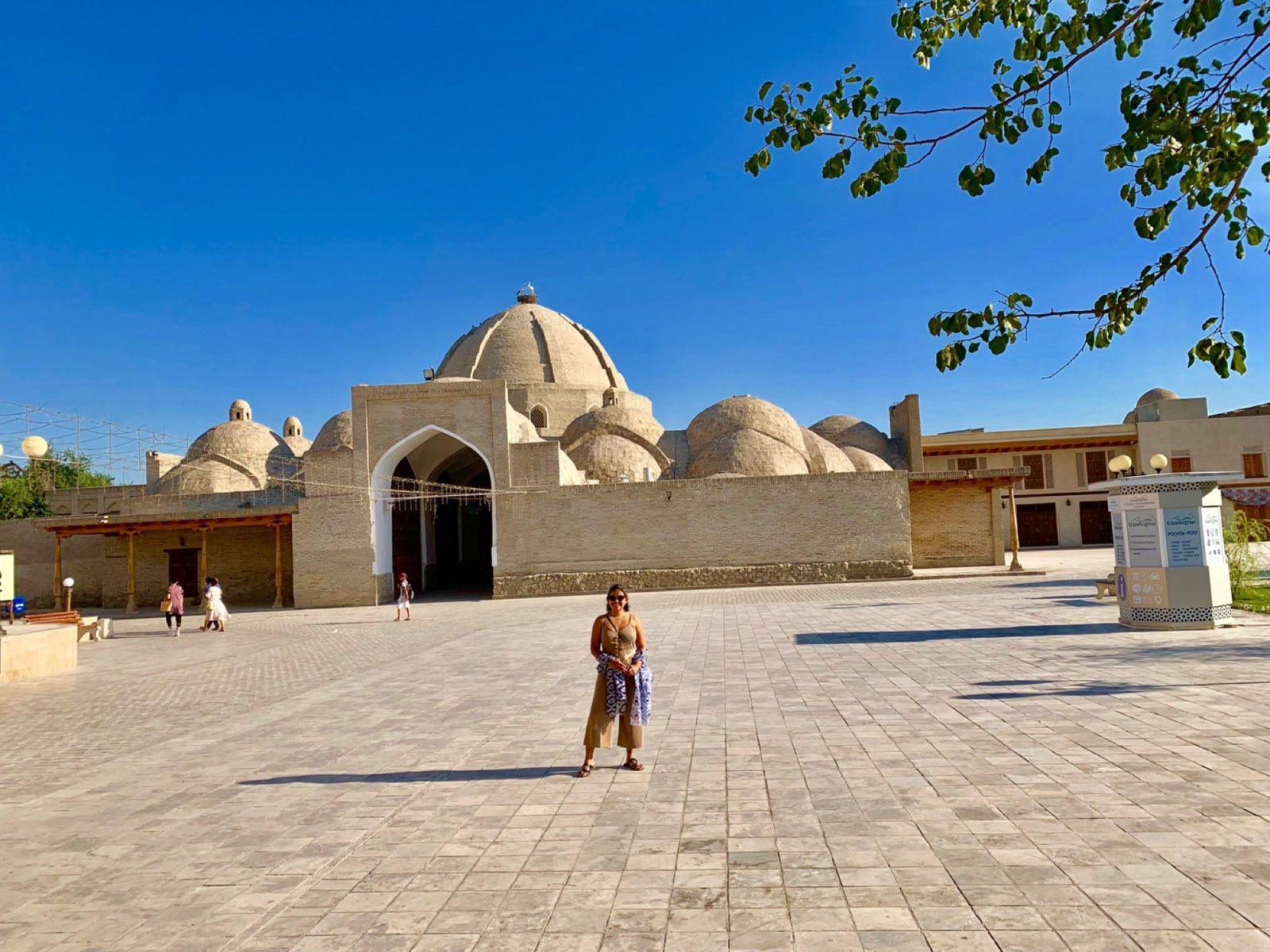 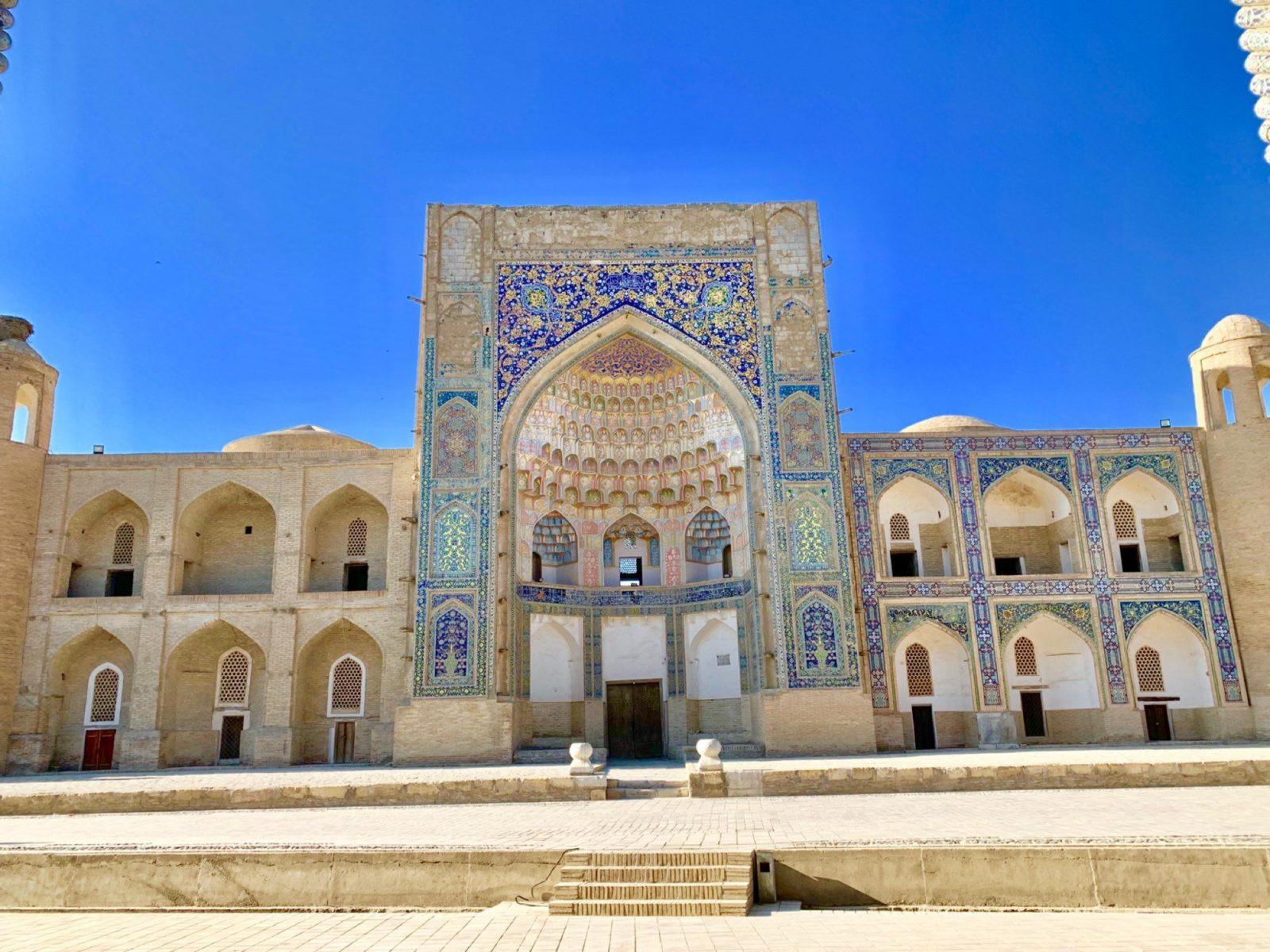 We then continued our drive to Bukhara, another Silk Road city for travelers. Be mesmerized with the domes that offer different types of embroideries, handicrafts, jewelry, spices and other treasures of the Silk Road. A night walk is highly recommended before going back to the hotel. 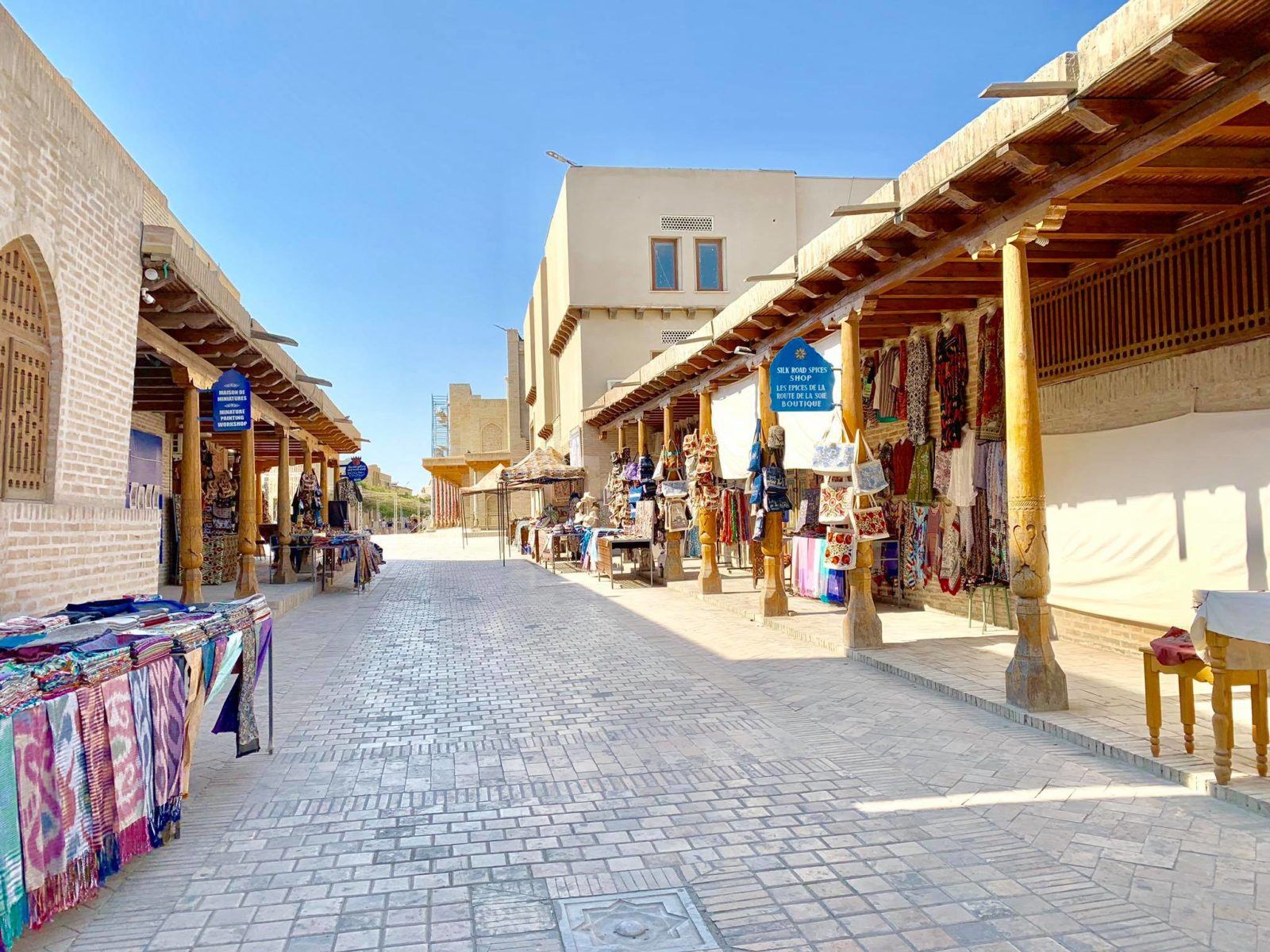 DAY 5: BUKHARA DAY TOUR AND DRIVE TO THE TURKMEN BORDER

Bukhara is known as the holy city in Central Asia with more than 140 historical monuments dating from the 8th to the 18th century AD listed on UNESCO. That being said, this day will be horrific!! 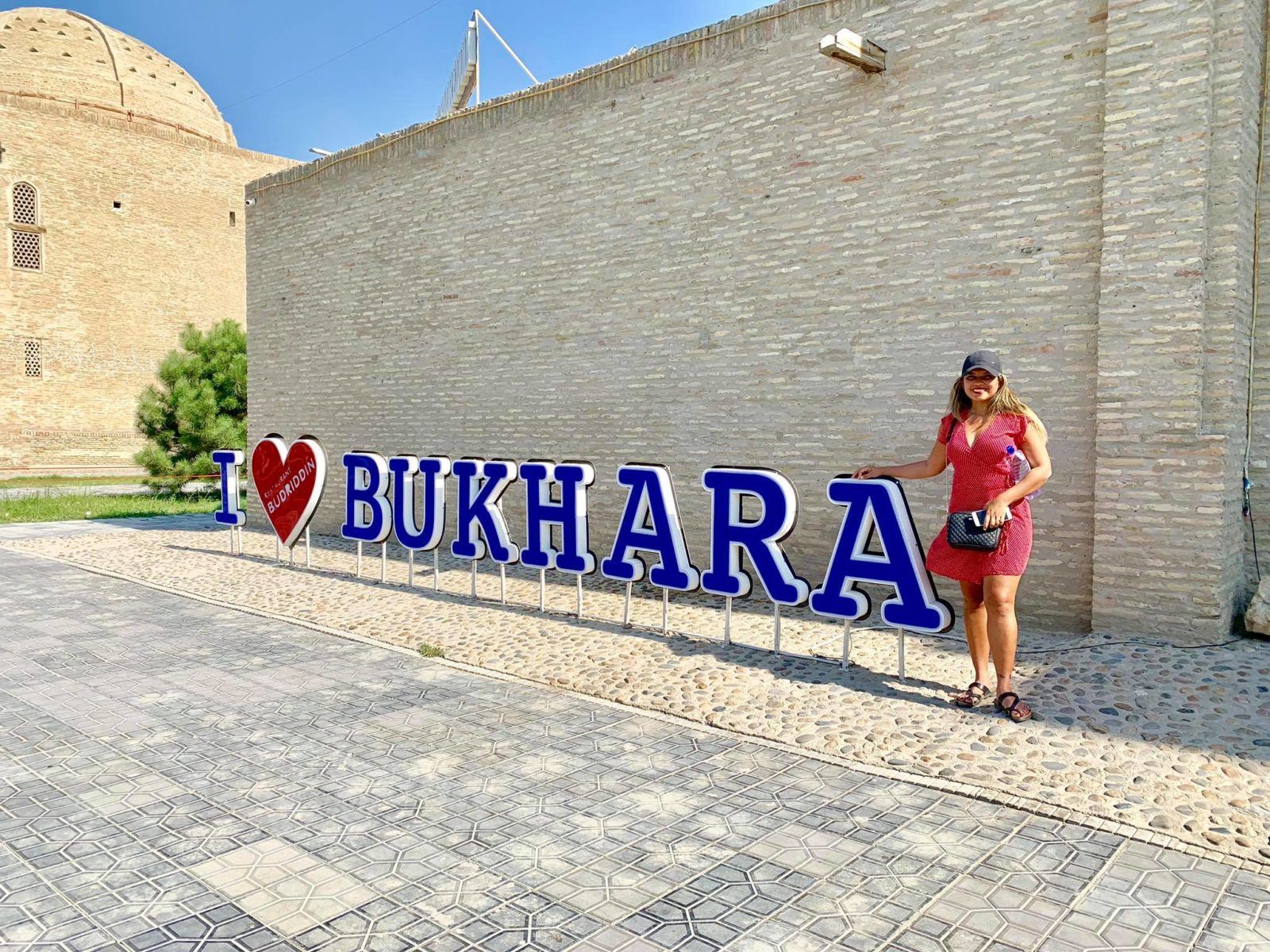 We started by visiting several mausoleums including Ismail Saman and Chashma Ayub. Next stop was the Bolo-Khauz Mosque, and from there, we explored the ruins of the 5th-century Ark Fortress which is the heart of the city followed by the Poikalon Complex that consists of the Kalon Minaret, Kalon Mosque and Miri Arab Madrasah, and the Madrasah of Ulugbek and Abdul Aziz Khan.

To end my tour, we then had a refreshing stop at Pond Lyabi-Hauz where I was able to relax and take in all the beauty that surrounds me. We then drove to the Turkmen border which is the final point since I had to cross the border to Turkmenistan. From this point, feel free to extend your Adventure in Uzbekistan or move forward to another country 🙂 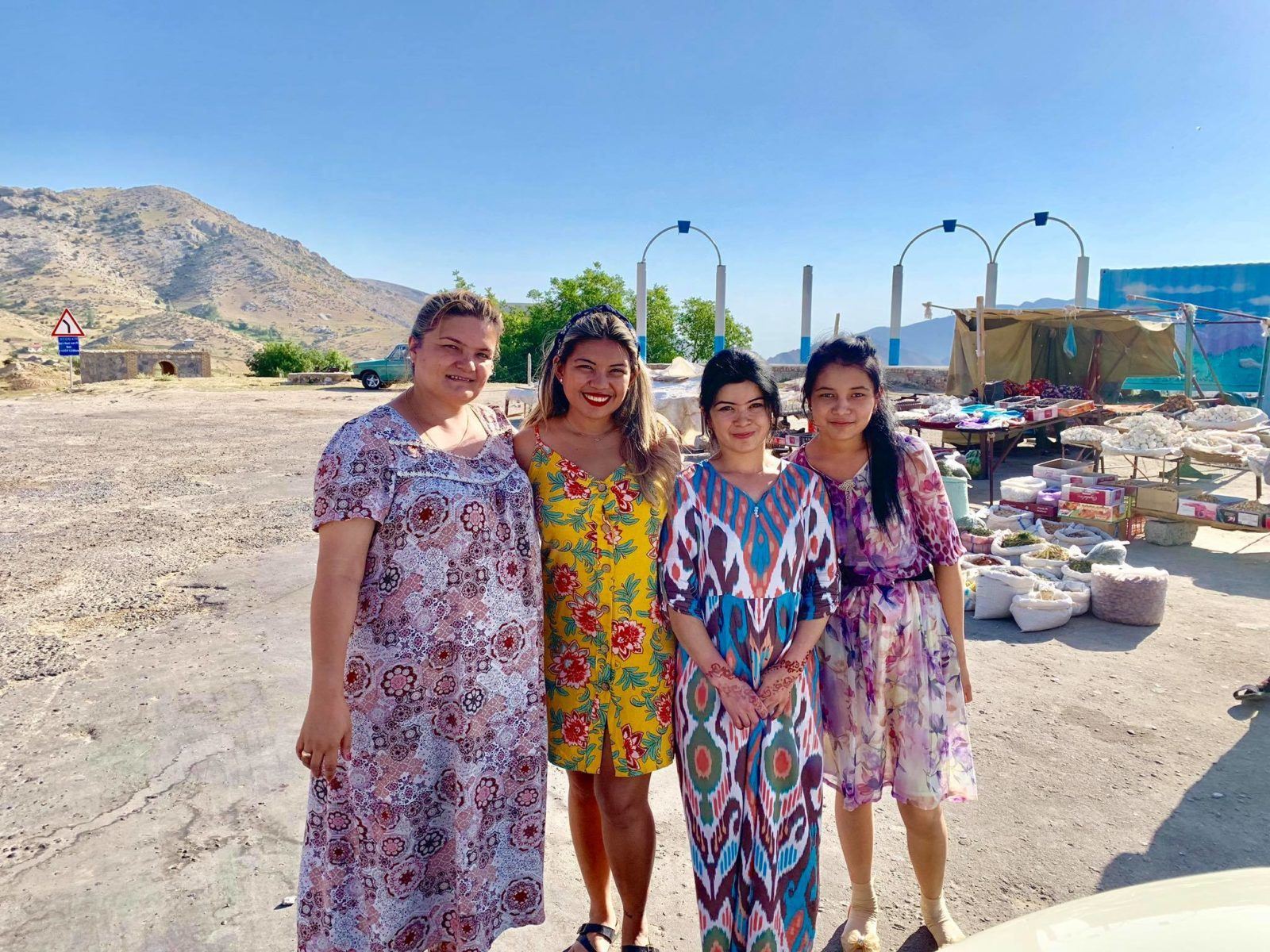 Overall, Lifetime Adventures gave me one heck of an amazing journey! They made everything so much easier! Communicating with them was never a problem and meeting with the respective tour guides was very easy as they were always on time. There was never a day that I had to wait for them. I learned so much from this trip and seeing it from a knowledgeable tour guide made everything so much better!

That’s it for this post and I’m leaving you with this tip: Don’t travel in July and August, unless you want to get your skin burnt!! Happy trip, everyone!

One thought on “Things To Do in Uzbekistan : My 5-Day Travel Itinerary to Tashkent, Samarkand and Bukhara”

Weekend Trip from London – 15 Budget Cities in Europe to Visit

7 Days Balkan Itinerary : Guide on How to Visit Croatia, Montenegro and Bosnia & Herzegovina