Just do it! Book the ticket, start planning and packing and turn those nerves into ones of excitement. Travelling solo is addictive and once you’ve done it once, you’ll soon want to do it again and again.

That’s what I will say to someone who ask for my advice about traveling solo – for the first time. 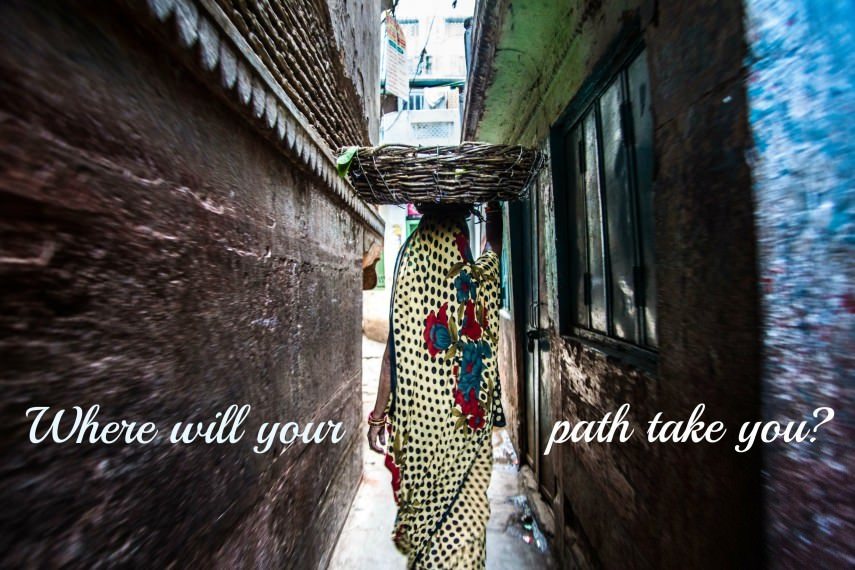 I am a thirty-something divorcee who has changed her life and left everything for a life back on the road. I’m a freelance writer and I also run a website called Girl about the Globe, a travel resource site for solo female travelers, promoting responsible and ethical travel. My aim is to show that solo travel isn’t as scary as people think. I’m from a small seaside town in the south of England but I’ve been travelling and living in different places since I was 21 years old. I’ve now been lucky enough to have travelled to 100 countries and 60 of these alone.

Why did I wanted to travel the World?

Since the age of 21, I have been travelling and living abroad. I’ve always wanted to travel and made a collage of all the places I wanted to travel to when I was a teenager. I never went abroad with my family as we always had caravan holidays in the UK so the first time I even went on a place was at the age of 17 when I went to Spain with a friend. But my first solo trip was to France to work as a chalet girl and I missed home so much that I only lasted a week. Then I worked on a cruise ship and the fear and homesickness set in again and I lasted 2 months. I gradually built up my confidence until I was away for a year. I was so shy and unsure of myself back then but each time I came back to the UK, I knew that I should have stayed longer so I went away again. I set a bucket list and I’ve been travelling ever since.

I love figuring it all out by myself and going to countries where I can’t speak much of the language and meeting the local people. When you’re travelling solo you have so many more adventures and more interaction with people than you do as part of a group or a couple. For me, it gives me the best experiences. I’ve been travelling so long by myself now that I find it hard to adapt to travelling with someone else for a long period of time. I am so used to my independence, plus I work on the road and that’s difficult when you’re travelling with others who just want to sight-see and be on a permanent holiday.

Travelling solo gives you the freedom to choose your schedule, go where you want and with who you want. There’s no one to answer to and if you decide you don’t like somewhere, you can just move on or stay longer if you love it. There’s so many more people choosing to travel by themselves so you’re never short of people to team up with if you need company but if you prefer your own space, it’s perfect!

Should I be scared by traveling solo?

Not at all. There are different elements of danger for both men and women but the differences are the way that women are perceived in certain cultures and some countries in the Middle East and Asia. A woman travelling by herself can be frowned upon and seen as unacceptable especially if she’s reached a certain age and has no husband or children. In these circumstances, it’s easier to say that you have a boyfriend who is working here and that you’re sightseeing whilst he is working. It’s a shame but that’s the way of the world.

In all my travels, I’ve never felt really threatened. I have been spat on in Mongolia, nearly mugged and also followed in a car in Bali but nothing bad has happened to me. I think the key is to listen to your instinct and be as vigilant as you can. That’s the difference with solo travel. You get complacent when you’re with someone else but when you’re on your own, you’re constantly aware of who is behind you and where you’re walking.

You need to get used to the stares too. Most people are just curious but if you try and blend in with your surroundings, listen to local’s knowledge about which areas to avoid and walk talk with confidence (even if you don’t feel it), then you’ll be fine. 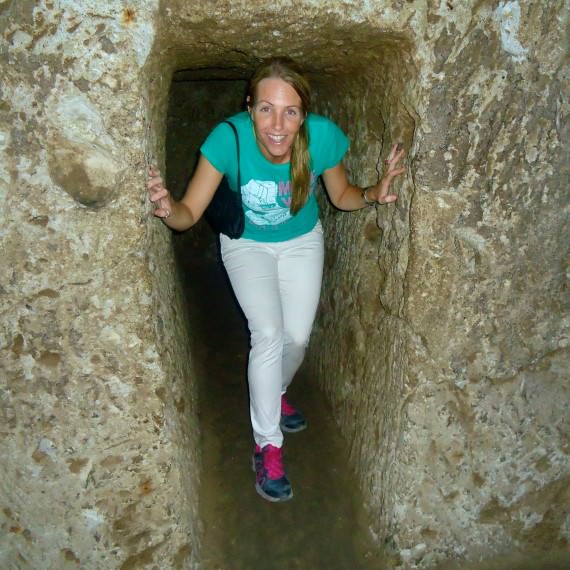 What have I learned from traveling solo?

To slow down. To not sweat the small stuff and that around the world, we are all the same. I love learning from other cultures and understanding their ways of life. I realized that people all have the same basic needs: shelter, food and love, no matter where we are in the world. Travel has taught me not to judge and be open to any experience, whether good or bad. It’s a never ending learning curve and each time I feel that I have it all worked out, I learn something new about myself.

Do you I have a favorite moment while traveling?

My best memory of travelling solo was learning the art of slow travel in Montenegro. I had been on a week sailing trip in Croatia and had shared a yacht with seven other people and although I had had an amazing time, I was ready to be by myself by traveling solo. I took the bus to Montenegro and that’s when I stumbled upon the Bay of Kotor, a magical place with a beautiful bay. I had only booked one night but I loved it so much that I ended up staying for a week and didn’t even speak to anyone (except the old waiter) for the whole time. It was bliss! That’s the beauty of travelling solo, you can do exactly what you want and change your plans at the last minute with our having to ask anyone. 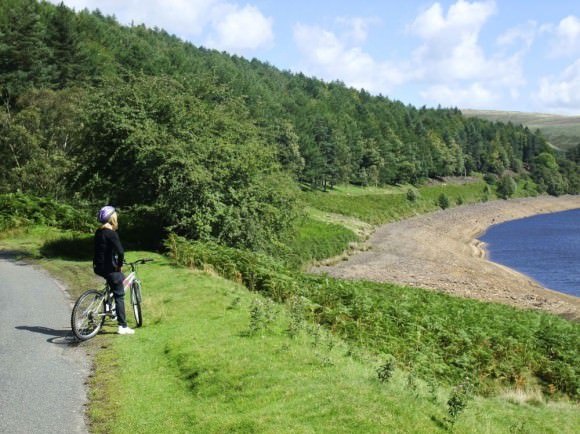 What is my book about?

It’s called “A Female Guide to Solo Travel” and it took me 7 months to write. I came up with the idea on the back of the website. I have gained so much knowledge from travelling and have a background in the travel industry that I wanted to help others travel solo too.

1. How to travel solo – covers the roadblocks and the challenges that you face as a solo. It’s about facing your fear and ignoring what society tells you to have the confidence to just get up and do it.

2. Plan your trip – gives you step by step advice on how to plan your trip including discovering what type of traveler you are and what you destinations you would be suited to. This section also includes a comprehensive guide on each continent, how to get around and what they are really like for women to travel to solo. Plus a checklist to make sure you have the important things covered before you go.

3. On the road gives you advice on how to be a responsible traveler, how to have a more cultural experience and what to do if something goes wrong on the road. I wanted to make this book the most comprehensive on the market and I feel as though I have achieved this so I’m very happy!

I realized that there’s so many different types of travelers from party-goers to spiritual and cultural travelers and that you don’t have to fit into the mainstream way of travelling to find the right style for you. I wanted to give travelling more meaning and I’m already thinking about a second edition to cover everything in more detail. 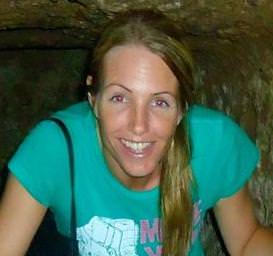 Lisa Imogen Eldridge is a travel journalist specializing in solo travel. Her background in the travel industry fueled her passion to see the world and for the last seventeen years, she has travelled extensively as a solo traveler, living and working in numerous countries and has now been to 100 countries. Lisa’s mission is to empower women to travel solo with her website, Girl about the Globe, a travel resource for women travelling solo. 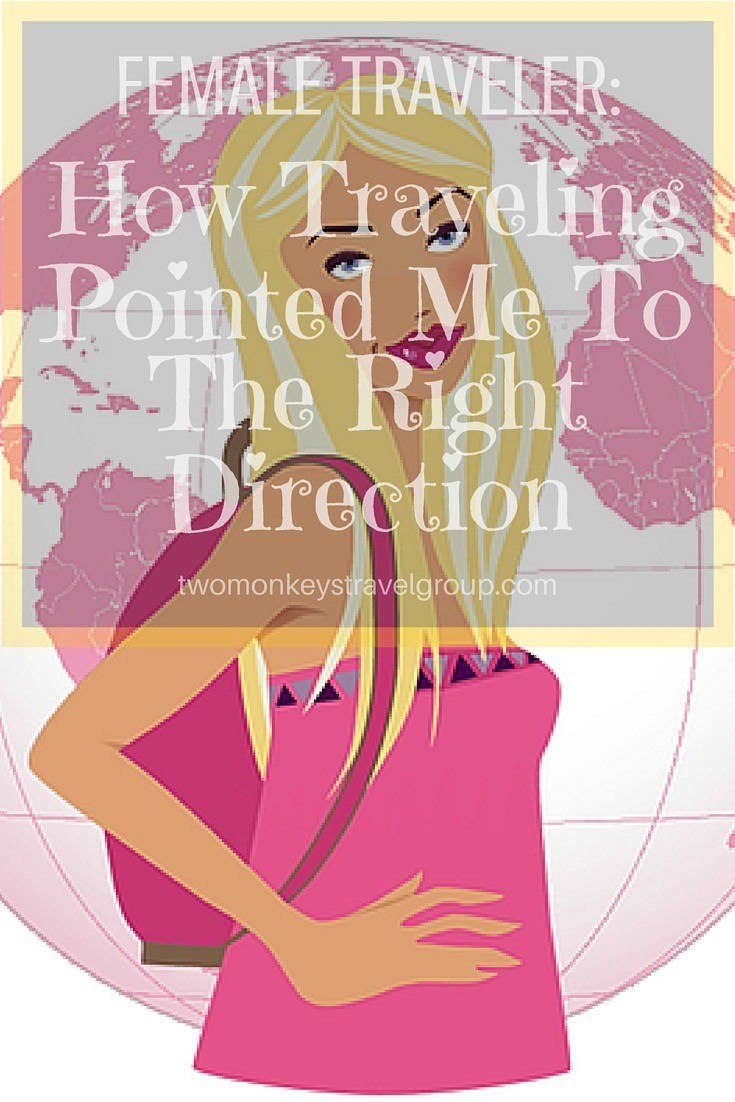