I recently spent a week in Istria, Croatia with Share Istria and it blew my mind every single day. From the sun glistening off the crystal turquoise water of the Mediterranean Sea to the rolling hills and vineyards of its inland wine regions and architecture dating back as far as 500BC, there is perfectly preserved beauty in every direction. There was one view though, that blew them all away. I’ve finally discovered what real olive oil should taste like, eaten truffles in twenty different ways, sailed a catamaran in the Mediterranean sea and slept in a 180-year-old lighthouse. And that’s just the half of it! 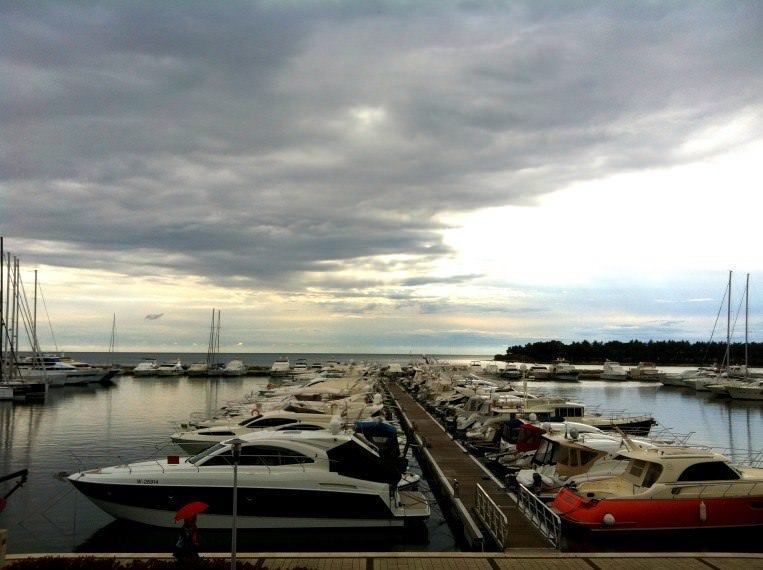 This part of Istria is world famous for its fine wines, olive oil, truffles, fresh Mediterranean seafood, sailing and luxury, so we tried a little bit of each at the Nautica Marina and Hotel.
We had the chance to try delicacies like Piccoli Tagliolini with Black Truffles and Panino Pesce, followed by Adriatic squid on truffle mashed potatoes, with celery chips and green pea! And obviously the Istrian Malvazija white wine. It was a perfect welcome to Istria! 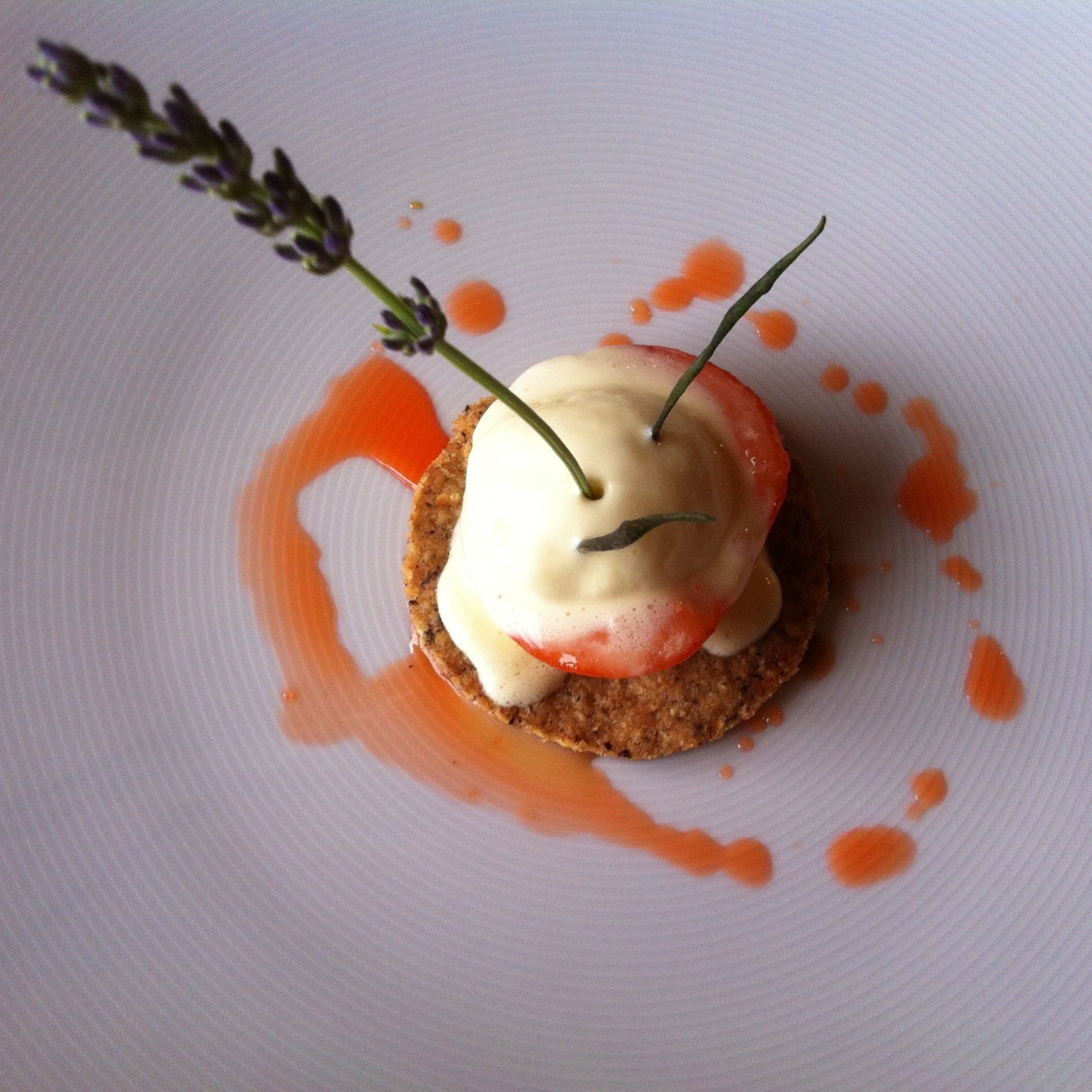 Today a new member of Two Monkeys Travel arrived in Istria for the Share Istria trip – Adam Pilmer, my good friend from university and a professional photographer. That’s handy!  Today was another amazing day. We started with a guided tour around the historic fishing town of Rovinj, where the Red Bull Air Race will be hosted this weekend! Then we had lunch at an amazing seafood restaurant called Puntalina, before trying some more of Istria’s famous wines. We finally arrived at our home for the next two days – Porer Lighthouse, located on a tiny island, just 80 metres wide! It was dark when we arrived, but we awoke to find ourselves 2 miles off the Mediterranean coast, with beautiful panoramic views. Adam took some amazing night time photos of the lighthouse. 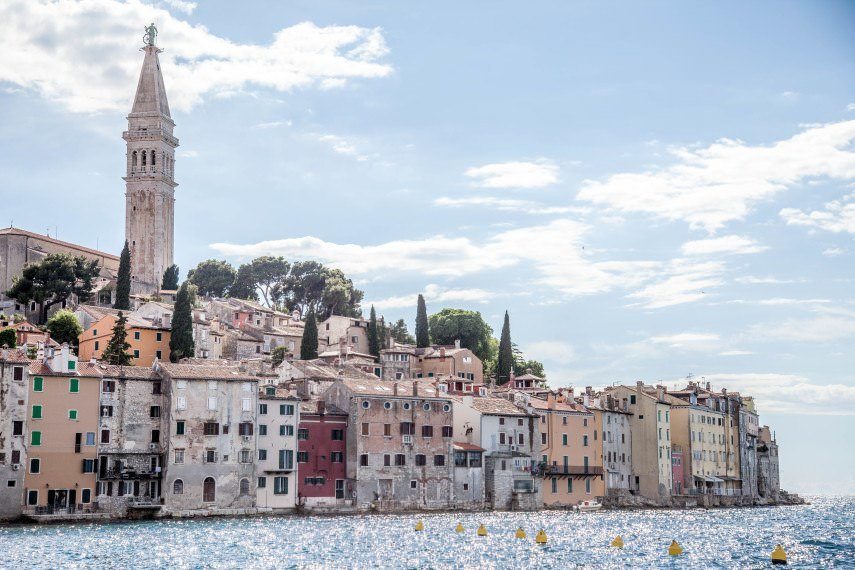 We got up early to visit a local adventure / adrenaline park, Glavani Park is a British and Istrian owned climbing, zip line and obstacle course, all hand-built by the owners, with miles of ropes, swings, zip lines and even a high wire unicycle! 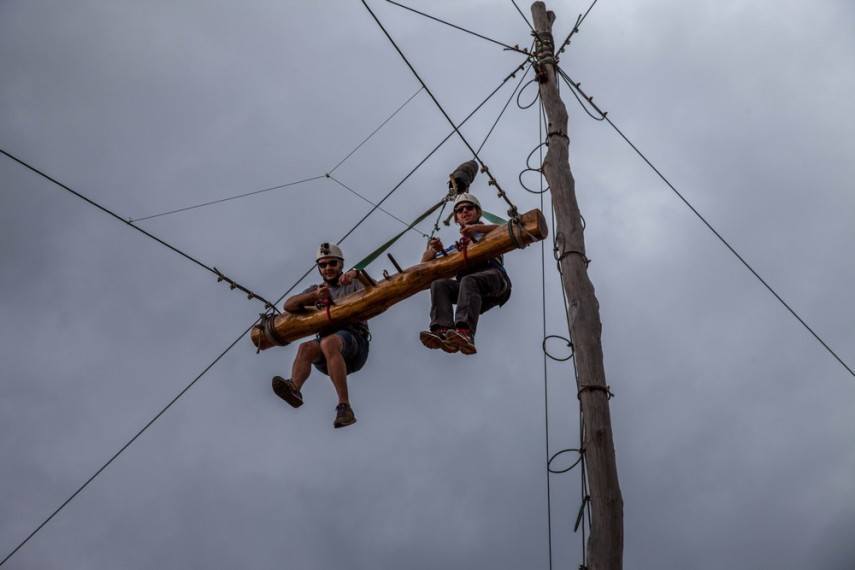 In the afternoon, we headed for a guided tour of Fazana, a small town full of historic buildings, traditional ice cream parlours, fishing boats, and seafood restaurants. The symbol of the town is the Pilchard, and it’s said that they have over 100 ways to prepare this humble little fish!  We ended the tour with something I’ve never tried before – Olive Oil Tasting! We visited a small, independent oil producer, Balija Oils, who taught us how to properly taste olive oils and treated us to an amazing array of Pilchard and Olive oil dishes that blew the taste buds out of our mouths! I don’t normally recommend organised tours but is no regular tour or regular meal; this is an experience that should be tried. We were so satisfied and exhausted by the end of the day that we just went back to the lighthouse and crashed out until the next morning! 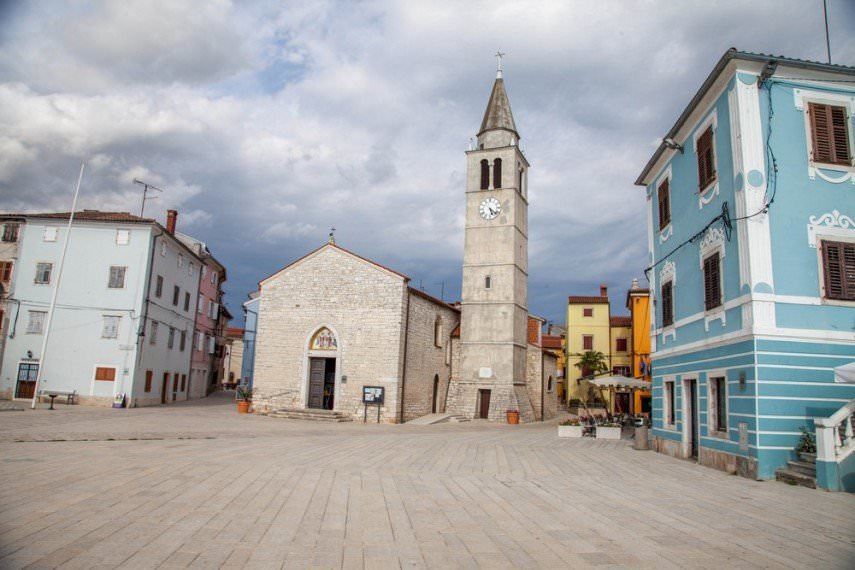 What was planned as a quiet half day and some relaxation, turned into another full day of awesomeness! We met Dario, from Clivo Sailing Club, at 10 am for a sailing lesson. We had two catamaran boats, with 3 in each. Although some of us had never sailed before, we all managed to learn to control the boat, sail upwind and downwind, tack and turn the boat. I think I’ve fallen in love with sailing! 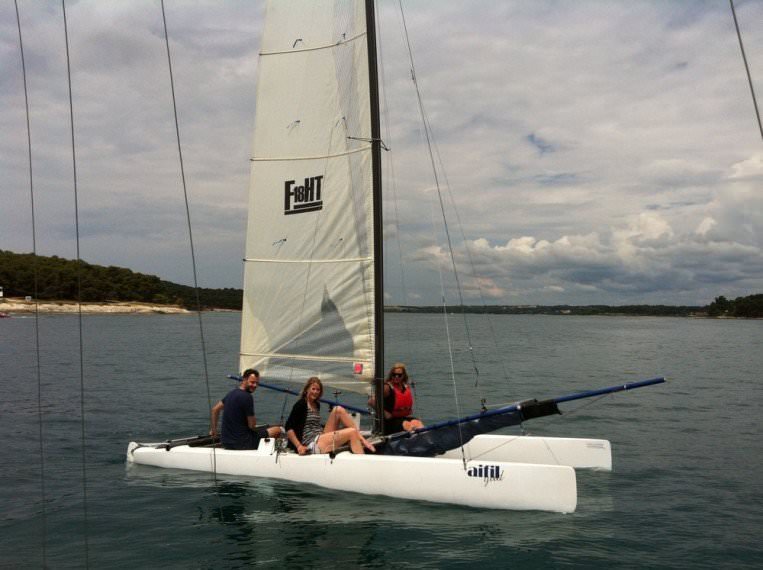 After sailing, we went for a late lunch in Ancora, Premantura. There were four courses of freshly prepared fish, seafood, pasta, grilled calamari, squid ink risotto and walnut chocolate cake. This is turning into a serious gourmet food trip!

After two amazing nights in the Porer Lighthouse, it was time to move to our next destination. The boat ride from the lighthouse back to the mainland was the roughest yet, with big, heaving waves and strong winds pitching the little boat up and down on the sea. One rogue wave even appeared to change direction to crash against the side of the boat, soaking all of the passengers and our luggage with cold, salty water. After a quick change of clothes and a surprise accordion show from Goran, we hit the road again and headed north to the ancient town of Porec. On the guided tour of the town we discovered that parts are as old as the 4th Century and that due to constant shifts in social and economic conditions, Porec has been abandoned and re-inhabited by various groups and cultures throughout its history, giving it a unique characteristic that is unlike any other. 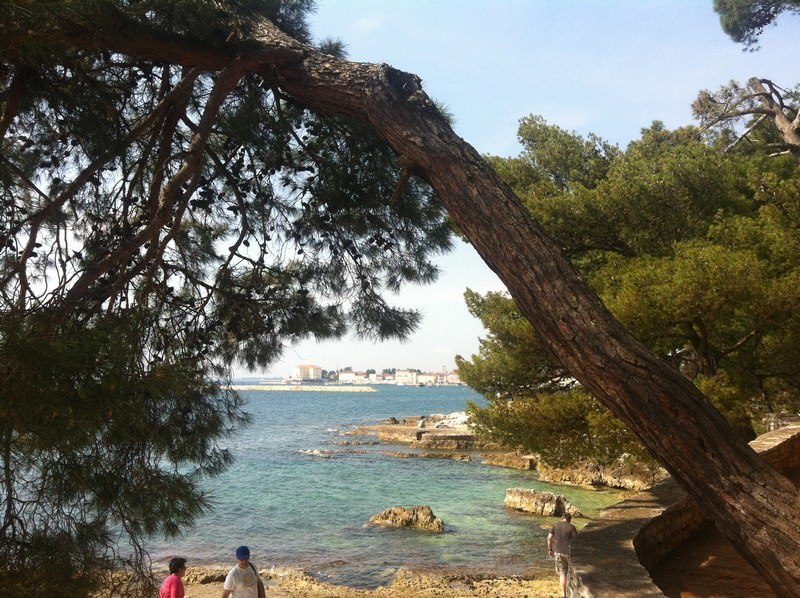 For lunch, we had an incredible meal of local meats, fish, wine and desserts that left us incapacitated in a fine-food coma for a solid hour afterwards!

After we had recovered a little from the amazing meal, we headed for the hilltop town of Motovun, an old settlement in a defensive position at the top of the Motovun Mountain. With no vehicles allowed in the highest part of the town, you can just stroll around the old streets and winding alleyways, have a relaxing beer and eat lunch in the plaza overlooking lush green mountains, valleys and farmland. We have a private apartment in Hotel Kastel, right in the centre of the town at the very top of the hill, with the best views and rooms in the town. 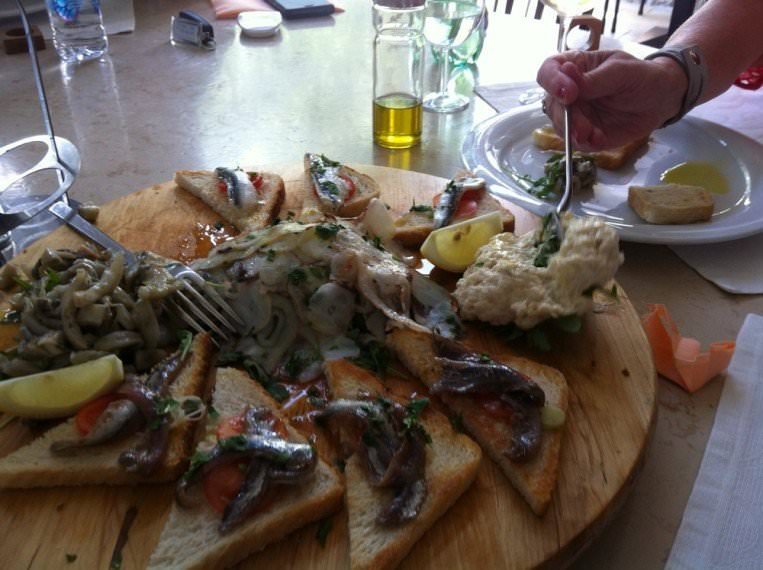 In the evening we had a very special treat arranged for us – A meal in one of the most famous truffle restaurants in all of Croatia, Konoba Mondo, who have been featured in the New York Times for their selection of fresh homemade pastas and gourmet dishes, all incorporating the subtle nutty flavour of Istrian truffles.

All Photography by Adam Pilmer.

Extra Tip: Check out Plumguide for the best holiday homes and vacation rentals in Croatia.

41 thoughts on “Share Istria – A Daily Diary of our week in Istria, Croatia”