Home » Inspiration and Love Stories » Female Travellers Beware! Reasons On Gaining Weight While On The Road

I was given many warnings about traveling before I started my journey – Liam Neeson’s movie “Taken” style kidnap and human trafficking; Con Artists and Delhi Belly to name a few but nobody warned me of the one true danger of being a female backpacker.

Before embarking on my dream backpacking trip in April 2013, I used to be body-conscious; maybe because of my culture or just my self-image. I thought traveling would make me free from the common dilemma of gaining weight as I planned to travel with a limited budget, but no… It made the situation worse – traveling can make you fat!

If you’re on a limited budget you tend to eat the cheapest food that will fill you up for the whole day. You’ll end up eating bread, rice, and noodles every day! All Carbs! Another culprit is the Nutella (my favorite), Oreo, and Pringles you’ve been munching on those long-distance bus and train rides in Southeast Asia.

I remember telling my brother that in Thailand we would both lose weight on our 25-day South East Asia backpacking trip and re-assuring him by asking, “Have you seen a fat backpacker?!” Then he pointed at this group of female backpackers who seem like they were just on a food trip for their whole time in Asia!

Maybe not all of you will experience this, as it depends on your genes and metabolism.  Like my partner, Jon, who lost 10 Kgs within 6 weeks of leaving the UK. But if you’re like me, who experienced gaining weight – 12 lbs in 12 months – then beware!

The long, uncomfortable, and exhausting journeys between destinations are just one of the many challenges that make traveling so rewarding. Sometimes the reward of accomplishment and increased physical and mental efforts are supplemented by the BIGGEST, juiciest, greasiest burger you can lay your hands on! yummy! burger fat! nom nom! Oh well! After all, you deserve it after that trip.

If you’re like me, you’ll just collapse into a food coma nap for a few hours after your giant meal. However, if you’re trying to do some damage control, some simple exercise programs like the ones on Youtube or Big Blue Test should help you out.

So, I asked myself what made a backpacker gain weight even if you only have a limited budget or maybe a $15/day budget like me?

If you’re on a short trip in Asia, you might just want to eat all that yummy local cuisine without realizing that you’re overeating…. 3 times a day 7 days a week.

If you’re invited to eat with the locals you can never say NO or even leave the table without finishing your food.

When you’re a backpacker, you usually choose the cheapest mode of transportation, so you’ll go for that12-hour train ride in India or the the25-hour bus to cross the Laos and Vietnam border… you will end up just sitting or sleeping for about 10% of your trip!

Even being a passenger on a10-hour/day motorbike trip in North Vietnam can easily turn into a week of inactivity, while someone is enjoying the sweeps and curves of mountain roads. Thanks a lot, Jonathan Howe!!!

No Regular Exercise — The “Bus Potato”

Before your backpacking trip, you had a gym membership and you thought that you could keep burning off calories by just walking and carrying your 15 kg backpack…forget it!  In backpacking reality, this often doesn’t happen because it’s too hot to walk or just too cheap not to take a rickshaw or tuk-tuk.

It’s hard to go work output if you have limited time in each city unless you’re exceptionally dedicated and good at time management and most of all don’t have a hangover from the night before.

If you don’t drink soft drinks before traveling expect to have at least twice as many; especially when you’re riding non-AC buses and trains in 28 to 41 degrees heat.  The only thing you want is cold drinks, but maybe you’re too afraid to drink that juice they sell at the train station as you might get a bad tummy.  Then you have no choice but to have that unhealthy Coca-Cola or Thumbs up to quench your thirst and cool you down!

If you’ve decided to walk that 5 km from Chiang Khong to the Thai-Laos border to save money instead of paying for a tuk-tuk, you just end up drinking the coldest drink you can find at the store and it’s usually…Yep, you guessed it – SOFT DRINKS!

If you’re a cocktail and wine person before traveling, you need to know that you won’t be able to have that if you’re on the road for long a time, perhaps just on your birthday! Beer is the cheapest and you can find it everywhere.  I’ve been to places in Cambodia where it’s almost as cheap as water!

If you want to socialize with fellow travelers then you MUST learn how to drink BEER, if I say drink it means.. yes that crazy shotguns, beer pongs, and the infamous full moon buckets!!

You might not even realize that you’re gaining weight while traveling because for sure you will be wearing those loose-fitting Ali-baba pants and “SAME SAME BUT DIFFERENT” t-shirts you bought on Khao San Road.

You will only realize at the end of your journey or from the social media comments of your relatives and old friends back home who’s been following your travel adventure photos that you’re indeed gaining weight and becoming FAT! 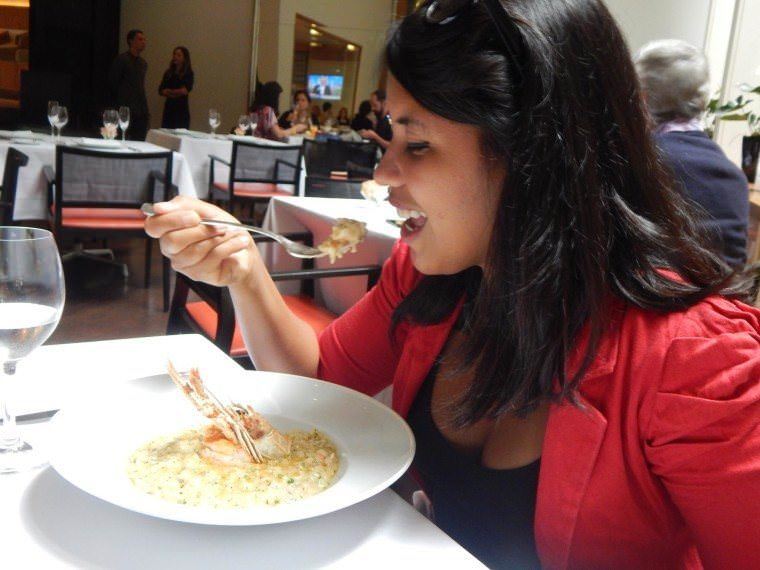 Well, you can easily answer them this:  “Oops, yeah well I guess I must have gained that 2 kilos eating Pho, Banh My, and Bun Cha during my 2 months in Vietnam; 1 kilo drinking Beer Lao in Vang Vieng and Luang Prabang; 2 kilos partying and eating Pad Thai in Thailand; and that last 2 kilos on my quest to find the best Momos and garlic naan in India.”  A worthwhile sacrifice when I think of it that way! 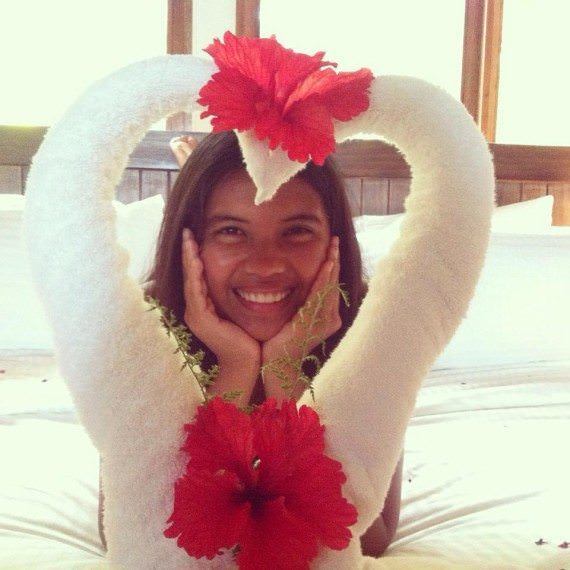 If you agree with me, please share and warn others!

Note to yourself: after being on the road for a while, you won’t even be thinking about a few extra kilos as travel in traveling you more confident in yourself and realize that inner happiness DOESN’T depend on your physical looks (but I will do my best to be healthy again!)!

Looking for other articles? Check out our DIY Travel Guides Around the World. For a cheap and luxurious stay while traveling, here’s our ultimate list of best hostels and hotels!

26 thoughts on “Female Travellers Beware! Reasons On Gaining Weight While On The Road”