Home » Travel Blog » Exploring Cappadocia in All Angles: Awesome Things To Do in Cappadocia, Turkey

The sun is shining really hard. The light and heat is reflected on the white smooth rocks all around me. The valley is twisting, colored in all shades of red and white, crazy rock formations are blocking my way. It looks like I’m walking on Mars. So if you’ll ask me if there are beautiful attractions in Cappadocia, you know what I’ll say.

In fact, I am on the planet earth, in the middle of Turkey, but wandering around in the lunar landscape of Cappadocia, a land that you can explore from up above and down under.

Here are Attractions in Cappadocia

Every day, at dawn, Cappadocia sees one of the most spectacular daily shows in the world. About a hundred hot air balloons rise up into the sky right before sunrise. The sight in itself is already magical, but wait until the first rays of the sun show up. The light will suddenly make all the bright colors of the balloon appear, and will slowly fill up the valleys, revealing their rock formations in sharp contrast and in all their surreal colors.

To witness this Cappadocian “sunrise”, you can walk up to the viewpoint in Göreme, which is also a perfect place to admire the sunset. Of course, you can also get into one of these balloons yourself! It’s a pricey experience, but one that you can’t forget. Be prepared for a mustached pilot with white gloves, a smooth landing, fairy chimneys so close you could touch them, and a few minutes later so far they look like needles and a glass of champagne at the end!

Check out some of the cool and cheap tours you could do in Goreme National Park.

Another, less expensive way to get this point of view from Up Above on the valleys of Cappadocia, is to go to Uçhisar to visit the “castle”. This pointy rock formation looks above all of Cappadocia. You can see it from afar and it can come in very handy when trying to get your bearings. Looking just as weird as all other rocks in Cappadocia, a hundred steps will lead you to the top of this rocky peak. From up there, the 360° view reveals all of the surrounding valleys and villages.

Liking the heights? I’ve got another one for you, a secret one. I’m sure you’ve heard about the open-air museum in Göreme already, where painted churches inside rock formations can be visited. Well, let’s skip this easy touristic step for now, and go on a real adventure.

The hidden church is standing near the open-air museum, but you can access it freely, because of its weird location and the fact that more than half of the people who tried to find it came back empty-handed. I got these statistics from the owner of the shop located at the bottom of the road climbing up towards the church, so it’s pretty official.

I’m not going to make this too easy for you. Otherwise, what’s the point of even looking for a hidden church? Bring good shoes and a torch. Go towards the open-air museum and turn to follow to sign saying “Sakli Kilise”. Climb up that road until you are as high up as it’s possible (remember, we’re in the Up Above part of this post?), and put the cliff on your right. You are now looking for a few steps carved right on the side of the cliff that will lead you to the church. The hidden church is often closed, but you’ll still be able to see the very bright paintings through the bars if you brought a bit of light.

Scared of heights? Don’t worry, there’s something for everyone in Cappadocia. This region is famous not only for its natural beauty but also because of the use made of this particular landscape throughout history. I already talked of the churches often hidden in rock formations, but, in other places, whole cities were built underground.

Derinkuyu, near Nevşehir, is one of those cities. Eight stories are accessible, although it’s supposed to be only a small part of the city! To go explore, think about bringing something warm and a torch. Claustrophobic people might not appreciate the visit that much, and there’s no denying how creepy it can be to walk in a place so organized and civilized, knowing that there’s no one left today from that society. You’ll see a church, some homes, the places where they kept the animals, where they stored food, where they studied, creepy I tell you, but also fascinating.

Another “Down Under” experience typical of Cappadocia is to sleep in a cave. Like their ancestors, a lot of buildings in the towns of Cappadocia are completely or partially embedded into these particular white smooth rock formations. You then have a good chance of sleeping underground, or at least in a round cave, with bare rock as walls and ceiling. Some said that sleeping in these places brought them unusual dreams, with this feeling of being on the earth. Myself, I had come from Istanbul on a night bus, so I checked there was no spider in my cave and then slept like a rock (like a rock, get it?). Still, who knows what these ancient caves can do to your mind?

You’re scared of heights and claustrophobic? It’s rather unfortunate but your case is not lost. Cappadocia is also a hiker’s paradise, with trails running through the most famous valleys (Pigeon Valley, Love Valley, Red, and Rose Valleys).

The open-air museum is full of painted churches to visit at ground level, and there are enough small shops and restaurants in those villages to keep you busy shopping and talking to the friendly owners for a while.

And if all else fails, just sit by the pool with a view of the valleys and enjoy the sunshine, that’s a cure for all ailments!

Believe me, there’s no shortage of awesome things to do in Cappadocia! 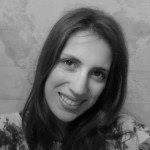 Cora is a french writer and passionate green traveler. She loves hiking, swooning over any kind of wildlife, and has a reputation for getting easily lost. You can follow all her adventures, from accidentally stabbing a cab driver with a broken tent to getting, once again, lost while hiking in Cappadocia, on her personal blog at The Path She Took.

43 thoughts on “Exploring Cappadocia in All Angles: Awesome Things To Do in Cappadocia, Turkey”

List of The Best Luxury Hotels In Scotland, United Kingdom

10 Awesome Things to Do in Brussels, Belgium in a Day @VisitBrussels