Dubai and I, we have an on-and-off relationship. My three-year tumultuous attempt to stay (or leave) the city that did nothing but love me was tiring but admittedly exhilarating. Because of this, to meet someone born and raised in Dubai is something quite astonishing to me.

“I will never forget you,” I told Lara as we biked side by side along Jumeirah Road. My amazement could not be hidden from my face as she talked about living in the city with her whole family, with absolutely no plans of moving to another country.

What makes her stay, I asked. “Because there is no reason for me to leave.”

“Not even the hot weather?” I probed some more. “No,” she replied, and she smiled the simplest and most gratified smile I have seen on someone’s face.

It was a bummer, to say the least, to have missed one stop because of unforeseen circumstances, but it was very thoughtful of the group to order an extra drink so I can still try what they had.

The first stop of the tour was Blends Juice Bar, a snack shop near the Umm Suqeim Park. I got the “Arabian Classic” – something was telling me that there’s got to be dates in this mixture somewhere, and boy was I correct. Well, what better way to start a Dubai food tour than by putting a spotlight on its well-loved fruit, right? 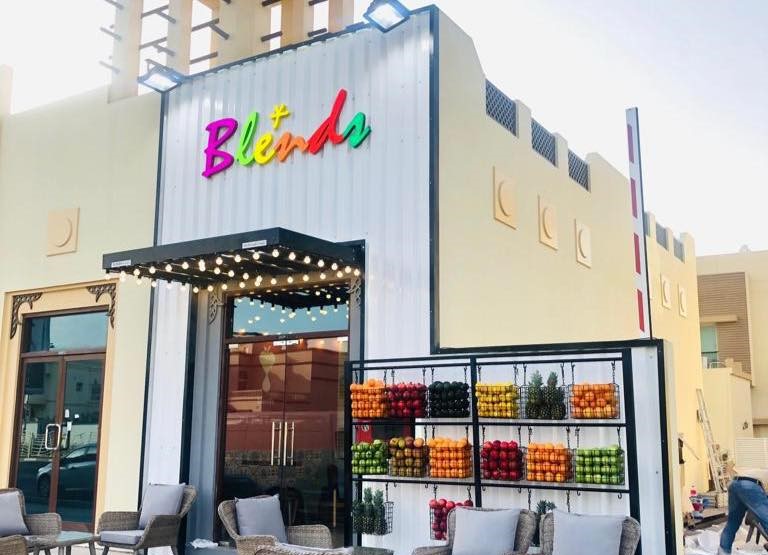 See, in the few years that I had been living in Dubai, I have never come to like dates. However, this drink was a game changer. Blended with almond, milk and low-fat yoghurt, the date drink definitely found its way to me. It had the right amount of sweetness that additional sugar was no longer necessary.

We proceeded to the second stop of the tour. Situated along the sandy shores of Kite Beach, ‘Salt’ caused quite a stir particularly in social media this year with the release of the mysterious hashtag #findsalt. The concept was a brainchild of two Emiratis looking for a new dining experience in Dubai.

In this stop, we were served the “Hook” – Wagyu beef sliders made complete with the incorporation of melted cheese, jalapenos and lettuce, all of them tuck in soft butter buns.

A few burps after, we moved forward to the next destination.

As we pedaled forth to another restaurant, we stopped for a while to engage ourselves in the nearby Dubai fishermen’s community. The view was completely surreal; the towering buildings of new Dubai serve as an industrial background to the quaint fishing boats of the old city.

Across the waters, fishermen docked their boats, signaling a harvest day’s end. Along the pathways, a few lads rested amidst a throng of fishnets as they watched a companion sew a new net from a spool of green thread. On the opposite dry land, guests sat al fresco at a restaurant situated right in the middle of the busy port. Our next destination, perhaps?

Overlooking the Jumeirah dock, Seaview Seafood Restaurant boasts not only of its nice view of the harbor but also of its fresh catch being served to its guests daily. As you go inside the restaurant, you see some local fish and other seafood laid down on a bed of ice, ready for choosing (and calling you by name!) For this tour, Mary, our taste guide, picked a beautiful Jash for us to try. 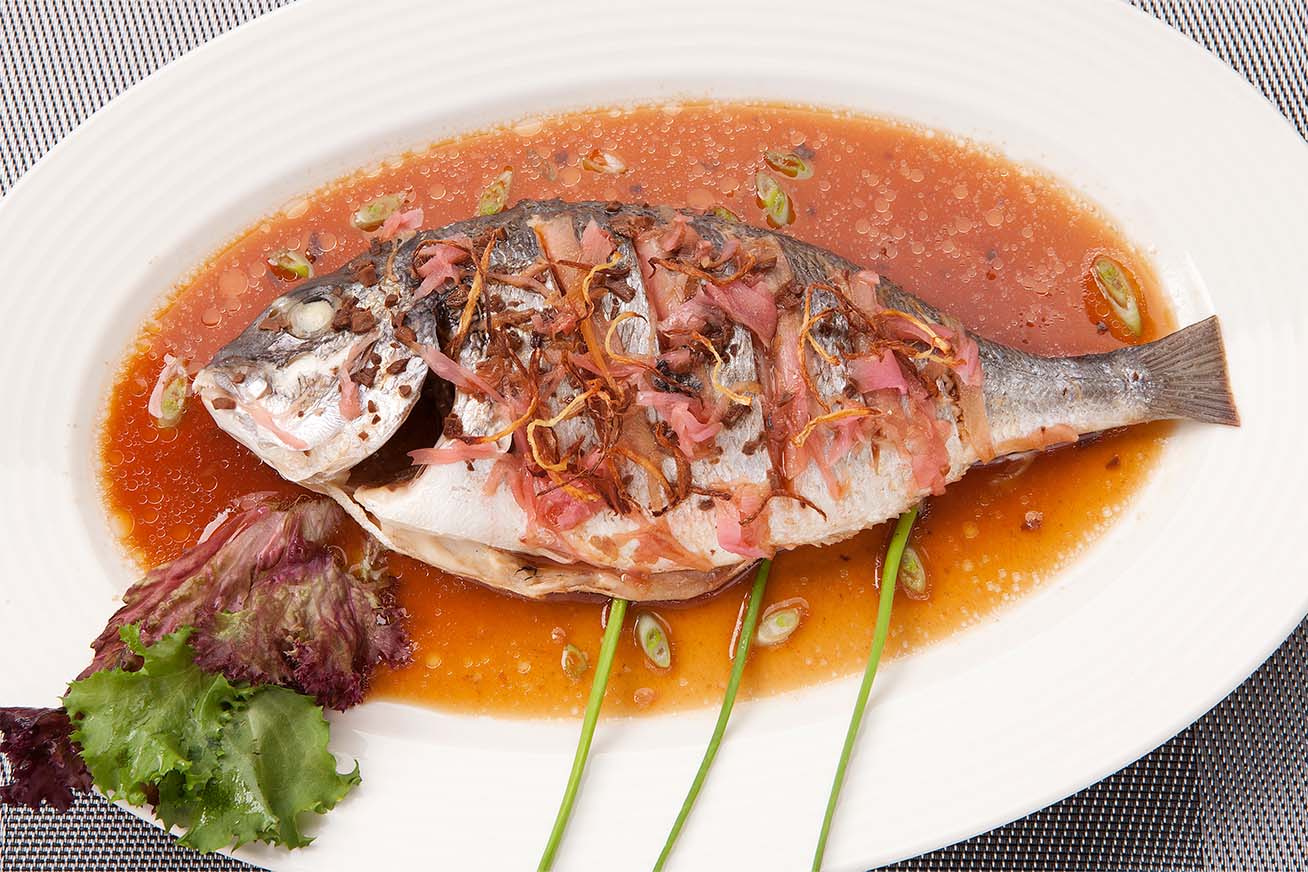 Some pleasant stories later, our server arrived with a plate of aromatic goodness. The Jash was barbecued over charcoal and served with a flavorful mix of tomatoes, sweet pepper, onion, garlic and parsley. ‘Fluffy’ garlic sesame bread accompanied the dish well. 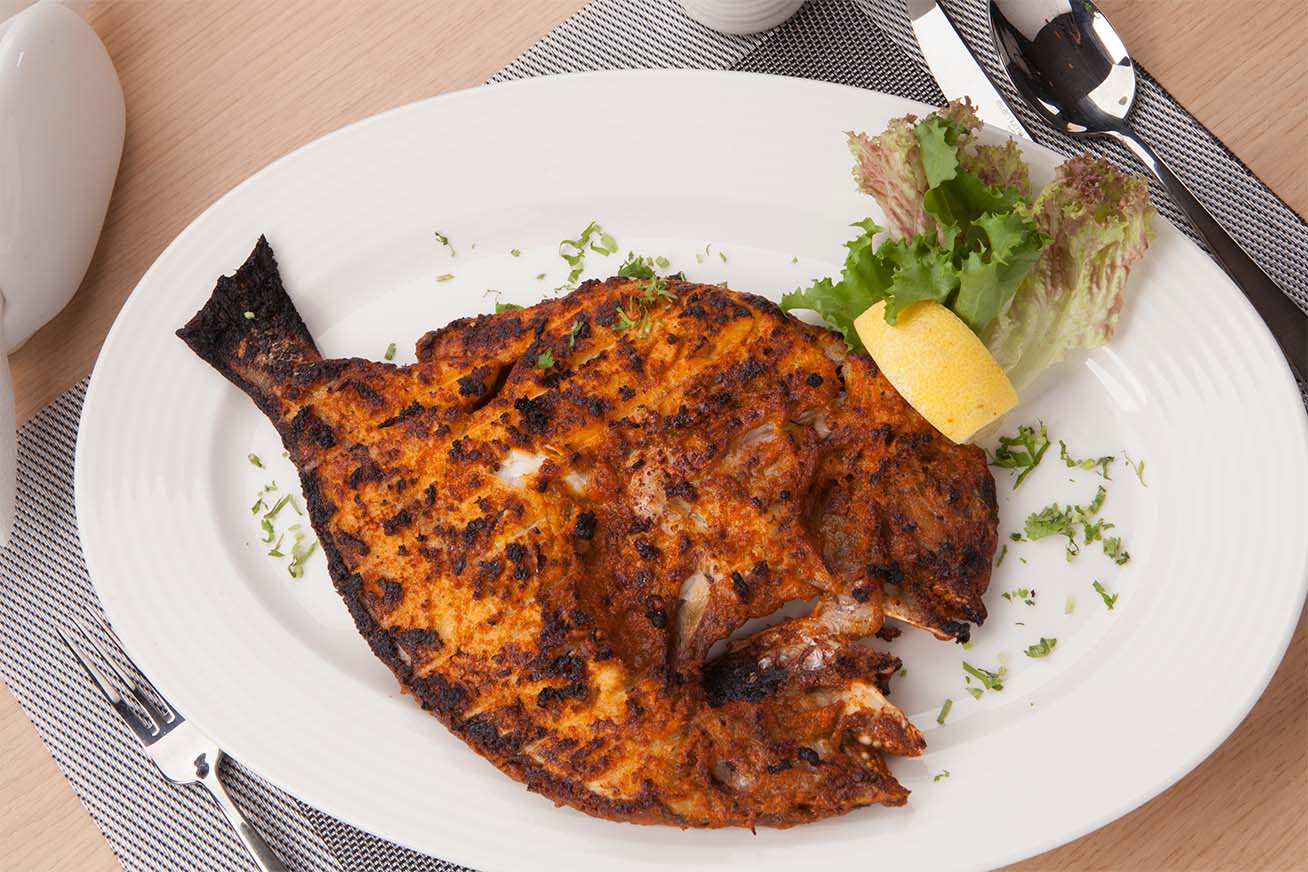 The occasional breeze and the full stomach almost got us staying and lounging for a little while, but more food adventures awaited, so off we went.

The next stop was a delightful surprise to me. Back when I used to frequent Jumeirah road regularly, I always passed by Turath Al-Mandi Restaurant. To be honest, it was one of the places where I do not see myself stepping into because the concept seemed too unfamiliar to me. Today, I was glad I did. 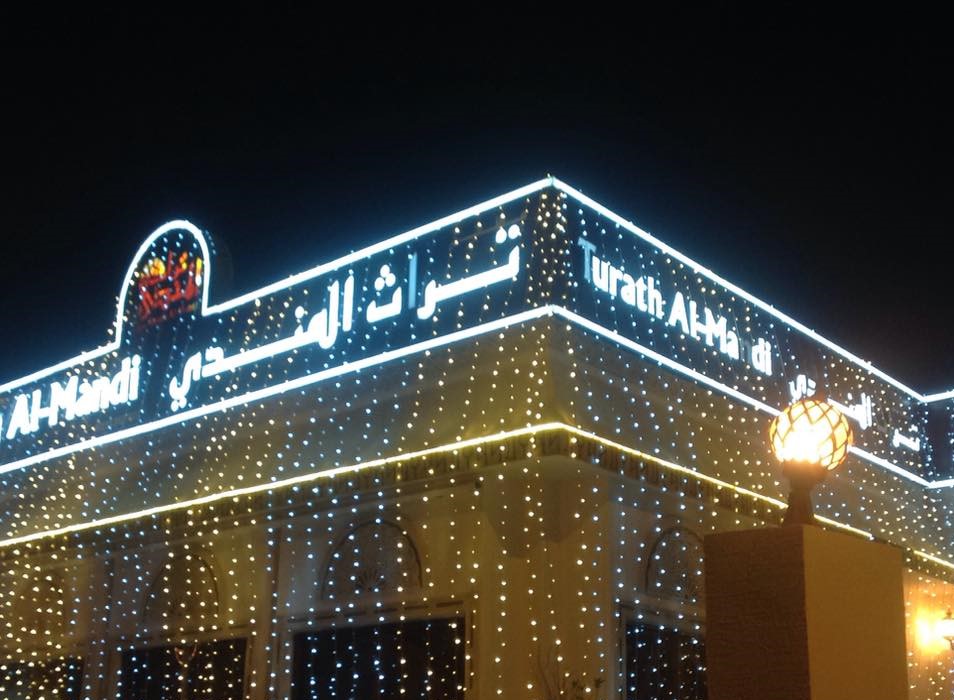 Mary and Lara spoke highly of the place, the food and the culture intertwining both. As sisters who grew up exposed to rich Arabic family traditions, this stop may just be one close to their hearts. 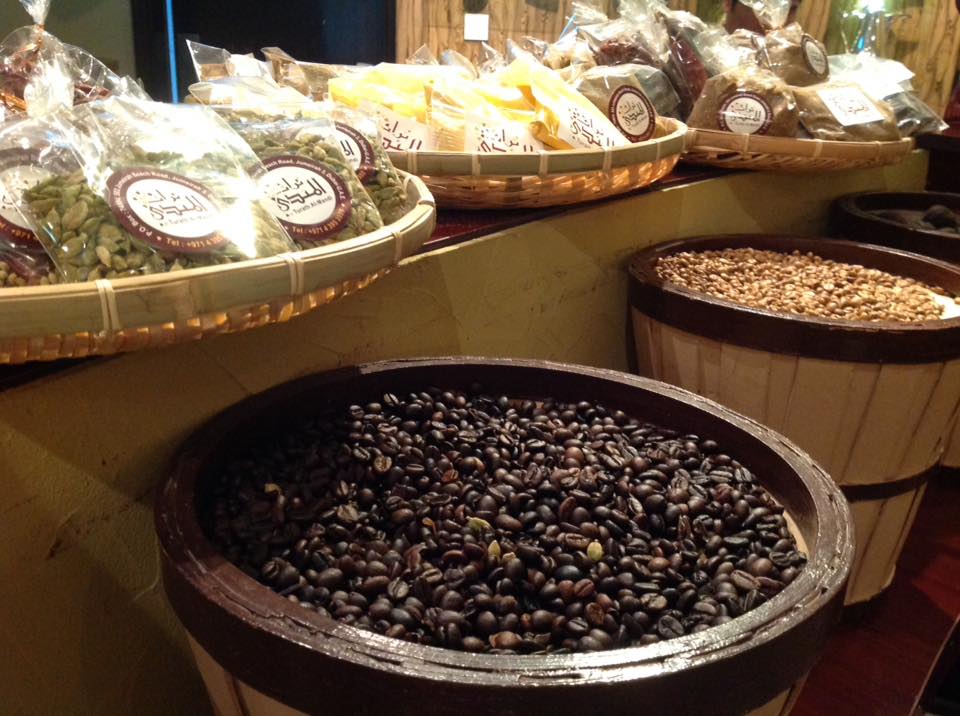 We formed a circle and sat on the carpeted floor. The dish for this stop was Chicken and Lamb Mandi. The meat was slowly cooked in a traditional oven, making it juicy, flavorful and tender. The bed of rice – it was cooked under the chicken and the lamb, so all the goodness of the meat’s flavor was also incorporated in the grains. 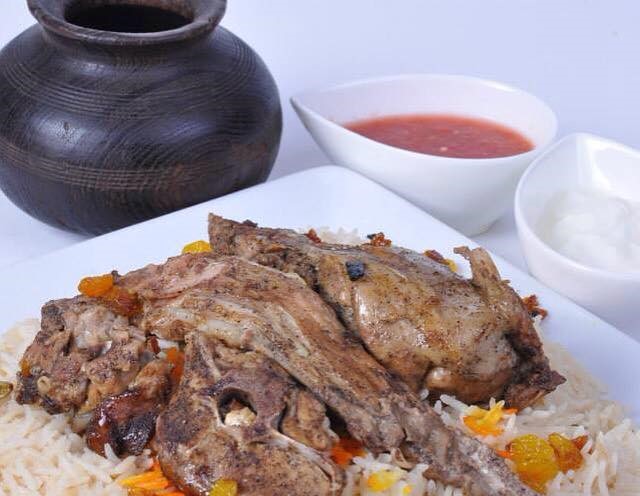 With two sauces served alongside the Mandi plate, Mary began putting a spoonful of each sauce on top of a piece of lamb, demonstrating how to gather all the elements by hand and putting a spoonful’s worth to your mouth. 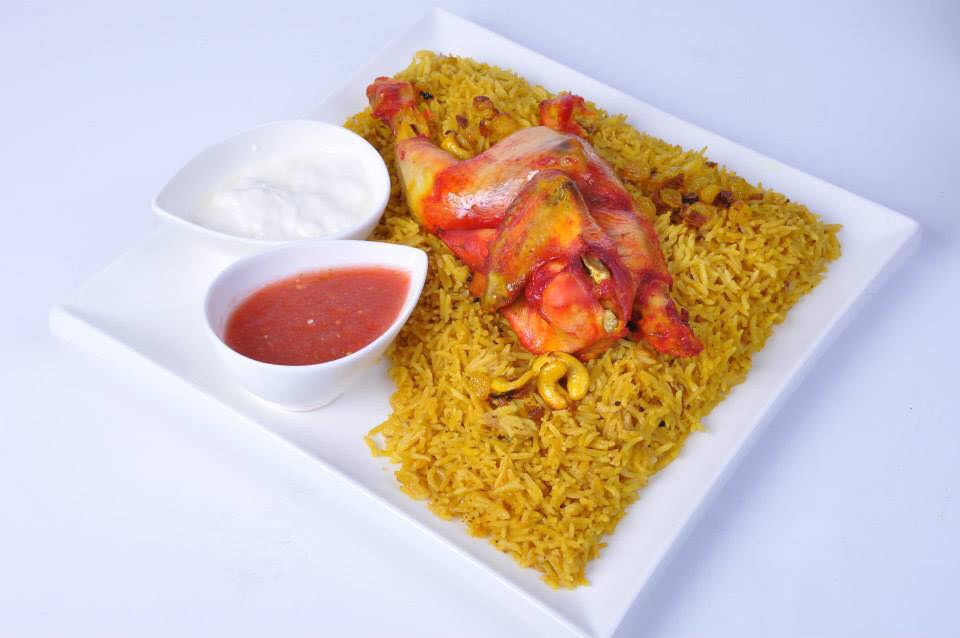 Eating using one’s bare hands – it is clearly nothing new to an Asian like me. However, as we went about in this food journey and as I continued to find similarities between the Arabic culture and mine, it made me smile thinking how related everyone was, cultural differences aside.

To end the tour on a sweet note, we dug into the pastry balls; one bite and I knew it was somehow reminiscent of the bite-sized doughnuts and deep-fried churros I liked making. The balls were made more special by the date syrup and some sesame seeds generously drizzled on top of the heavenly heap.

With dates we started, so with dates we shall end.  Kudos to Mary and Lara of Tastecapade for a well-organized Dubai Food Tour by Bicycle!

Inclusions: Bike rental, taste guide, and up to 9 dishes to be served

For bookings and other inquiries, check out the official Tastecapade website. 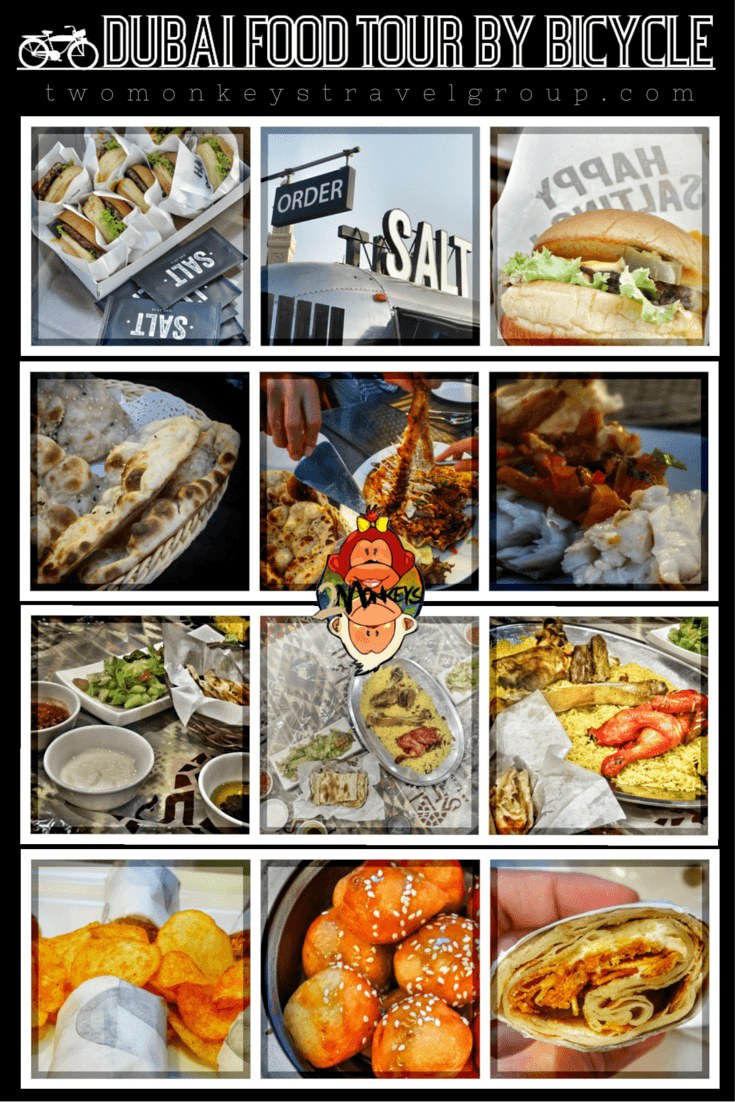 6 Awesome Things To Do in Kabayan, Benguet @tourismPHL