Tawi-Tawi is the southernmost province in the Philippines belongs to the Muslim majority region of ARMM (Autonomous Region in Muslim Mindanao). Sharing its borders with Sabah, Malaysia in the island of Borneo. Bongao, the capital, is where I had a glimpse of this place which I never thought was a place for a solo backpacker like me. The conclusion that came into my mind when I was at Bongao airport waiting for my return flight to Zamboanga as I recalled the short two days I spent on the island.

1. There is no direct flight from Manila to Tawi-Tawi. You have to go to Zamboanga first and then you have two ways of getting into the island.

2. Always coordinate your trip with Local Tourism Office for your safety.

3. Plenty of accommodations are available; no prior booking is necessary.

4. Just like any provinces in the country, ATMs are available so you won’t run out of cash.

A revered mountain in the island. It is believed to be a sacred mountain by the locals and has the power to cleanse the body and soul of the person who reached its peak.

Due to its proximity to Sabah, you can sample famous Malaysian dishes, available on charming local restaurants in the town centre.

Women in this Badjao community weave colourful banig (tepo)/mats. It is interesting to know that according to the National Commission for Culture and Arts, the “pass by” is one of the most interesting in the whole country – for it is not only visually arresting but also functional works of art.

DAY 1:  I started my journey to Tawi-Tawi last November with my very dependable travel bag (it’s the same bag that I used when I started my solo travel in the Philippines five years ago), camera and plenty of courage. I’m on my last stretch of my solo backpacking trip around the Philippines, and I will not let any chance pass by without visiting this ‘tourist-ignored’ place.

I coordinated my trip with the Provincial Tourism Office of Bongao (the capital of Tawi-Tawi), and they provided me with a guide cum driver and with his motorcycle, we toured around Bongao town. We hiked the Bud Bongao –which it took me about an hour to two hours to reach its peak; The trail was already set so this was not difficult to trek.  Along the way, you will find monkeys waiting to be fed by the bananas brought by tourists. If you are observant, you can notice that these monkeys were divided into groups – the one’s living at the foot of the mountain, the ones living in the middle forested part of the mountain and the one’s living near the peak. And these groups have their own territory that they protect.

After hiking, I asked my guide to suggest a good place to eat lunch, and he brought me into this small local restaurant in the town centre that serves Malaysian food. The feeling was like eating in Binondo with those old restaurants that serve good food and very affordable too. After my lunch, we went into a small Badjao community ( the people there are very friendly and very welcoming to tourist) where the locals made the colourful tepo (Banig). The price of the tepo ranges from Php 300.00-Php 4,000.00 which can be hand carried as what I have seen in the airport. Then after this, we made a tour around Bongao town until 5:00 pm visiting interesting places that the town offers.

Departure from accommodation early in the morning to catch my morning flight going to Zamboanga City.

Contrary to the public perception (especially for those living in Luzon) that Tawi-Tawi is a dangerous place for tourists -actually it’s not. I went to Tawi-Tawi as a solo backpacker, and after my short stay there all I can say now is that it’s not as dangerous as we usually thought it would be. The people that I met there were friendly and very helpful typical to the one’s I encountered in Batanes, Bohol, Lake Sebu and other tourist destinations that I have been in the Philippines.

Sandbar Lepa and Restaurant. I stayed at Villa no.2 which has a veranda overlooking the beach. The roof of the villa was inspired by the roof of the lepa boat used by the Badjao. A villa is right up to three persons with TV (cable ready), small fridge, water dispenser and toilet. However, the villa is not equipped with WIFI. The resort also offers free shuttle ride to and from the airport which saves you some money. (The tricycle fare to and from the airport will cost you around Php 100.00- Php 150.00 per trip and would still depend on your haggling skills). 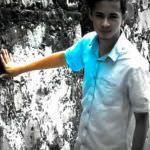 PAOLO GERARDO C. DE CASTRO is a part-time architect and a traveller/storyteller. He has travelled the Philippines from Basco, Batanes up to Jolo in the South. He is now enjoying his travel in South East Asia and looking forward to his upcoming trip to Nepal and Morocco next year.

Last Minute Trip to London with my Mother, our Unrooming experience with Hotels.com @HotelsdotcomEU

Our Last Trip to London & How We Saved Money Through TopCashBack UK!