Home » Travel Blog » Cool Things to do in New York for a First Timer (like me!)

Home to world famous attractions like Empire State Building, Statue of Liberty, Times Square and Central Park, New York City stands apart from the rest of the world. The city is a hub of art, culture, history, heritage, fashion and finance. Words fall short when it comes to explaining the grandeur of this city. Before you do the the things listed on this article, don’t forget to experience the subway ride! 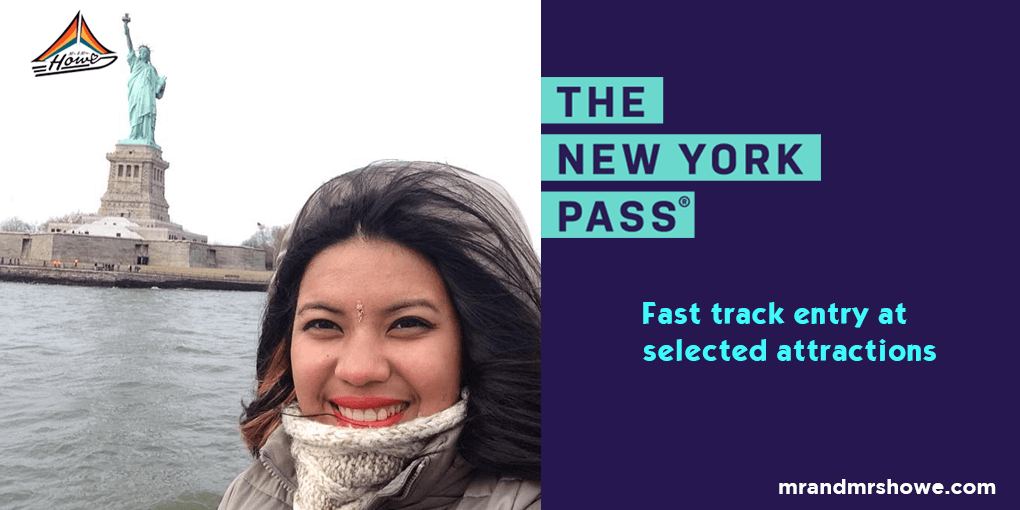 1. Go on a Movie Tour with on Locations

Do you like Hollywood movies? On Location Tours’ NYC TV & Movie Tour, will lead you to New York City’s best filming locations! On this guided sightseeing bus tour you will see over 40 NYC locations featured in your favorite TV shows and movies.

This awesome tour begins in the heart of New York City, Times Square where it will then pass the famous steps where the cast of Glee sang a version of “I Love New York/New York, New York” in the Season 2 finale, and where Jamie introduced Dylan to the word “Flash Mob” in Friends with Benefits. After that they will take you on a tour of the city’s most recognizable locations sharing with you some of the TV and film industry’s best-kept secrets. Most famous spots including the apartment building in the “Friends” TV Series, Stop at the Park featured in The Mindy Project, Glee, & When Harry Met Sally, See the pub that Michael Keaton frequents in Birdman and even the hotel featured in American Hustle etc.

You can check out more details here about the NYC movie tour.

2. Go on a Cruise around New York with Circle Line

Starting from Manhattan, this is one of the best things to do in New York if you only have a very limited time! You’ll be able to see Over 101 City Sights: 5 boroughs, 3 rivers, and 7 bridges while a professional travel guide is narrating the history of these tourist sites. The cruise is around 2.5 hours and it would cost $41/ adult, $27/ children and $36 for Senior Citizen, you can check out more details here about the cruise. 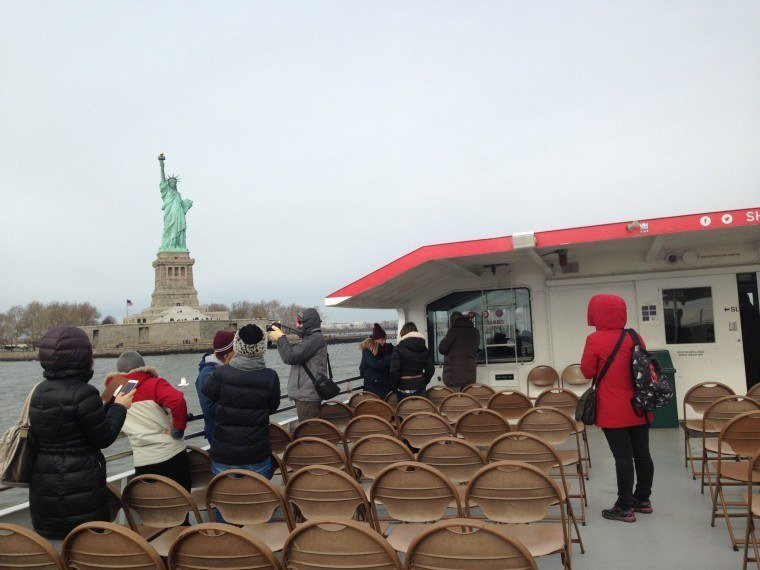 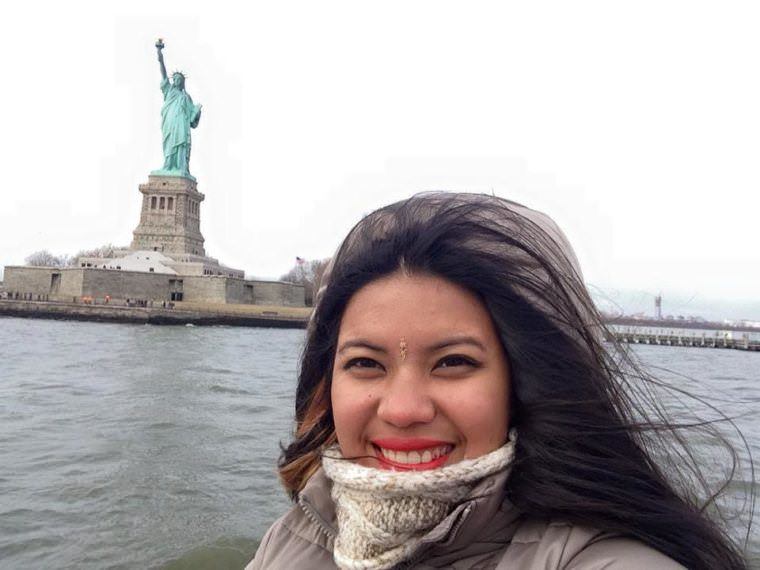 Extra Tip: Check out Plumguide for the best holiday homes and vacation rentals in New York.

Aside from the two listed tours above, you can do your DIY itinerary around New York’s Famous tourist attractions! Let us look at some of the top attractions in New York City. 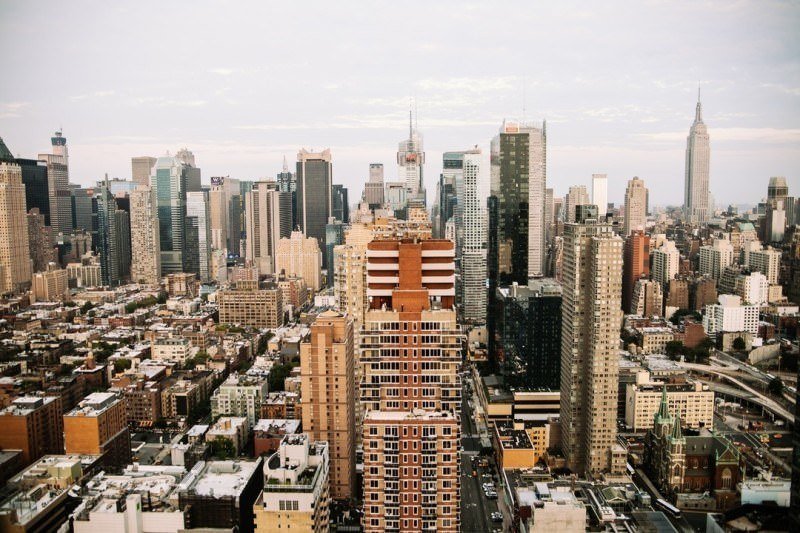 An urban park located in middle-upper Manhattan, Central Park is one of the most popular parks in the world. The park is an escaped hatch and exercise yard and comprises 843 acres of serene lakes, open meadows, lovely pathways and pretty ponds. You can also easily go on a cool tour with Central Park Pedicab Tours.

Come here, find a spot to sit back and enjoy on a lovely sunny day.

The largest and one of the most visited art museums in the United States, The Metropolitan Museum of Art contains approximately two million works. The main building is situated on the eastern edge of Central Park along Manhattan’s Museum Mile. The permanent collection comprises works of art from classical antiquity and ancient Egypt, and also paintings and sculptures from countless of European masters. You will also find a wide collection of American and modern art.

A 1.45 mile long park built in Manhattan on an elevated section of a disused New York Central Railroad, High Line is a tree-lined walkway that boasts of innovative architecture.

An incredible sight to see, it has been rightly said that to walk on the High Line is to experience New York from a vantage point that can’t be touched anywhere else.

Empire State Building is a famous Art Deco monument that represents New York City. The attraction is a 103-story limestone giant built in the year 1931. The 86th-floor observatory is situated at a height of 1050 feet with a glass enclosed area with an outdoor deck. It offers excellent 360° views of New York City and beyond. You can also go to the 102nd floor for an even more astonishing view. It is named as one of the Seven Wonders of the Modern World by the American Society of Civil Engineers. 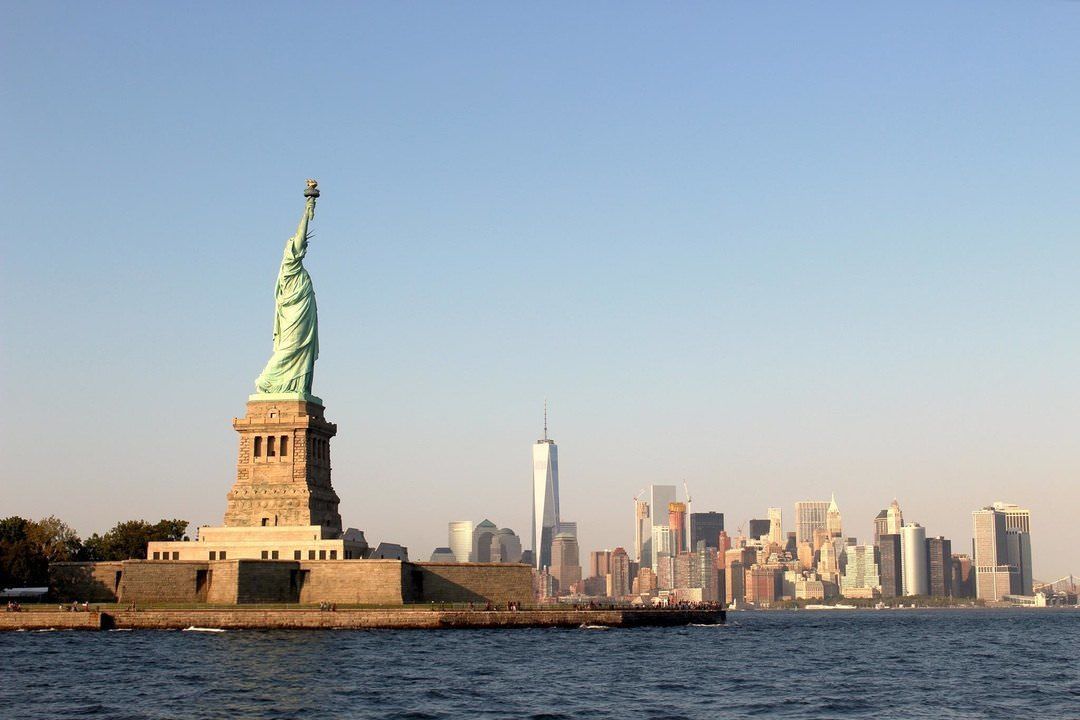 A colossal neoclassical sculpture in New York Harbour, the Statue of Liberty needs no introduction. It was designed by Frédéric Auguste Bartholdi, a French sculptor and built by Gustave Eiffel. The statue is a symbol of freedom and of the United States. 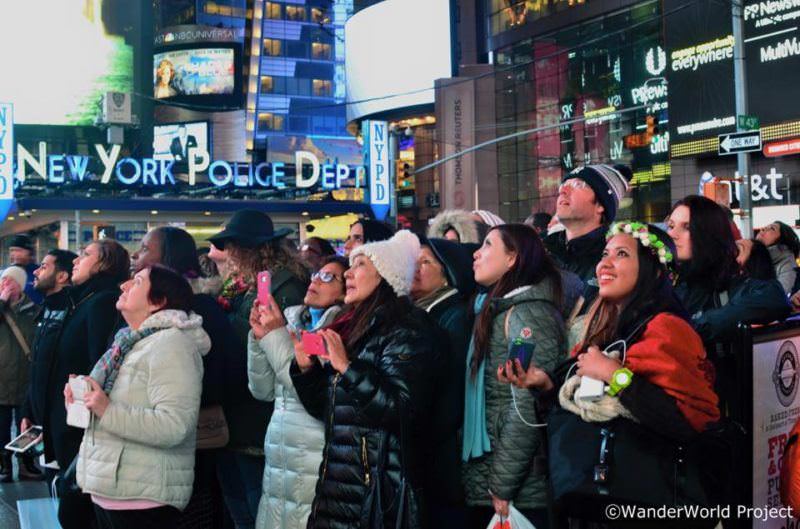 A major commercial junction and area in Midtown Manhattan, Times Square stretches from West 42nd to West 47th Streets. This famous location is brightly decorated with billboards and advertisements and is one of the world’s busiest pedestrian crossroads. About 330,000 people pass through Times Square every day.

A sweet-smelling bunch of Indian restaurants, Curry Hill is one of the most exciting dining places in New York City. With around 25 Indian restaurants around Lexington Avenue between 26th and 28th streets, it is rightly a haven for food lovers. The specialties include spinach dishes and potato-and-beet fritters.

The park is a shining stretch of green space that reaches across 7.8-acre. The park comprises a basketball court, handball court, volleyball court, and a track.

It was named after philanthropist Sara Delano Roosevelt. 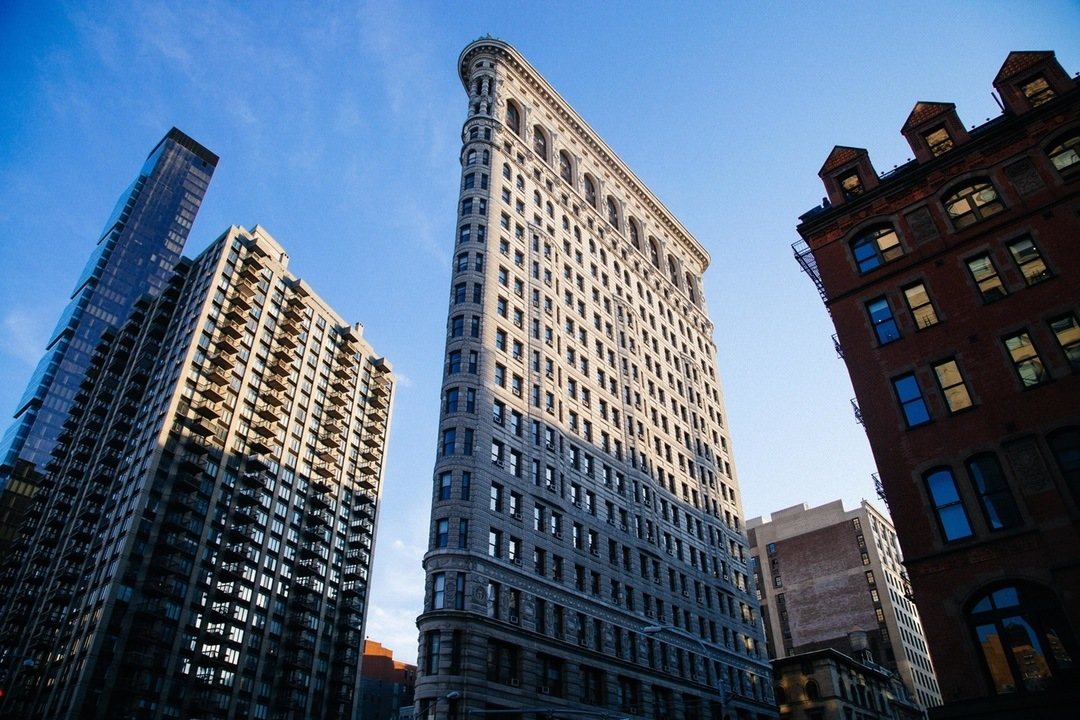 Designed by Chicago architect Daniel Burnham, Flatiron Building was built in the year 1902. It has 22 stories and 307 feet. It is a triangular shaped dramatic looking building and is one of the most popular symbols of New York for more than a century.

If you are a shopaholic, New York is your place to be. From chic boutiques to cool and trendy stores, New York has it all. The city has the right mix of upmarket and expensive stores selling real iconic stuff and cool trendy boutiques selling vintage and unique items. 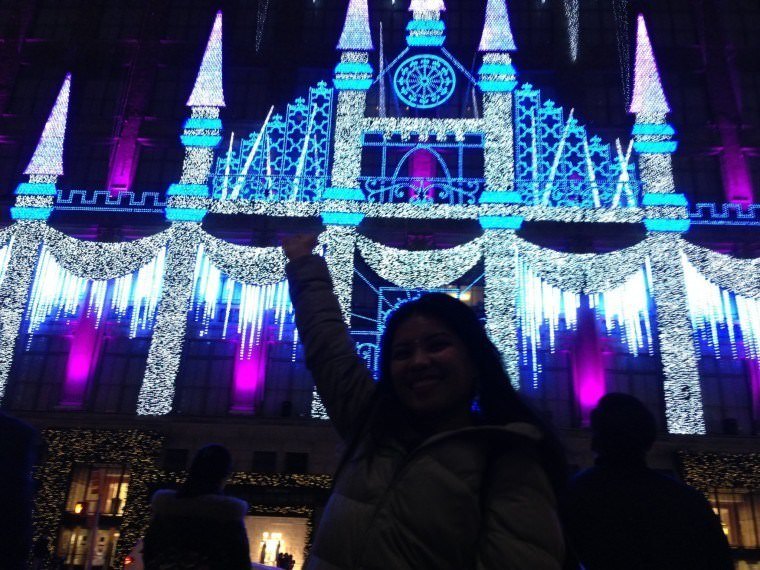 Some of the famous stores for clothing and accessories include Alexander McQueen, Cynthia Rowley, Castor & Pollux, Barbour, Anine Bling and Fisch for the Hip.

You can also go to Artists & Fleas that features an interesting range of items of artwork, design, and vintage.

For street wear, check out Community 54 renowned for offering designer labels and unique objects. You can also check out Verameat for beautiful pieces of jewelry.

These are only some of the places to shop in New York. There is a wide range of vintage shops, clothing stores, resale emporiums, home decor stores and bookshops in the city, satisfying everyone who loves a bit of shopping. 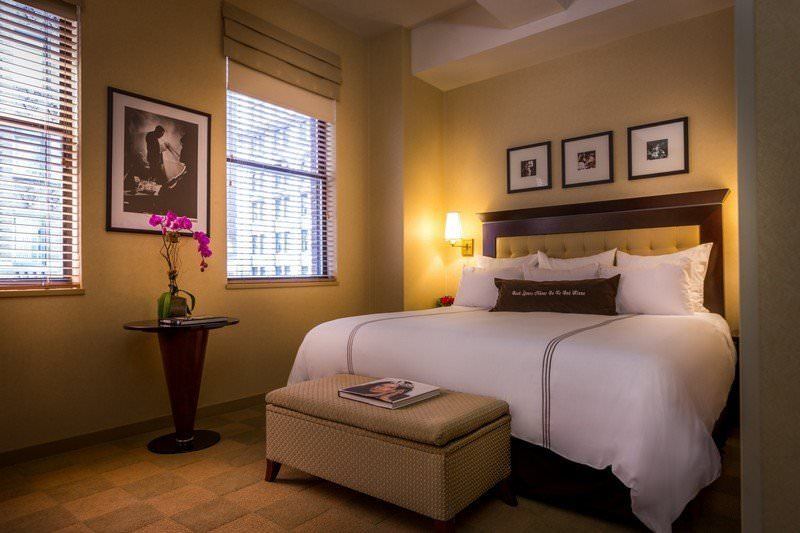 Extra: Are you looking for cool and affordable accommodations in New York? Check out our list of awesome boutique properties in New York here.

5. Go on a Helicopter Ride in New York!

A city on foot is great. But imagine experiencing it from up in the air! A New York helicopter ride offers the best views and a sensational adrenaline rush. Hop aboard one of these new and safe choppers and be flown high up in the air, over the bustling New York City. For 15 minutes, you’ll be treated to a bird’s eye view from literally the best vantage points you can possibly get. The Statue of Liberty, the Governors and Ellis Islands, the Freedom Tower, Manhattan, the Chrysler Building, Central Park, the George Washington Bridge – all spread out below you like a living map! The pilots come with tons of experience to make your ride smooth, informative and enjoyable.

Note: This is a sponsored post but all opinions and viewpoints are mine.

5 thoughts on “Cool Things to do in New York for a First Timer (like me!)”

List of the Best Luxury Hotels in Trinidad and Tobago @gotrinbago

The Complete Guide of Things To Do in Hawaii