Located in the geographic center of Canada, rising out of the prairies, Winnipeg is the provincial capital of Manitoba. Considered the gateway to Western Canada, Manitoba is bordered by Ontario to the east and Saskatchewan to the west. Home to world-class museums, vibrant neighbourhoods, delicious foods and a fascinating history, Winnipeg charms you on all fronts. Whether you’re passing through on a cross-country road trip or visiting for stopping for a longer visit, here are seven awesome things to do in Winnipeg.

A meeting place for thousands of years, the Forks is a historic site in downtown Winnipeg located at the confluence of the Red River and Assiniboine River. It’s location made it a natural meeting point for traders, settlers and various groups throughout Winnipeg’s history. 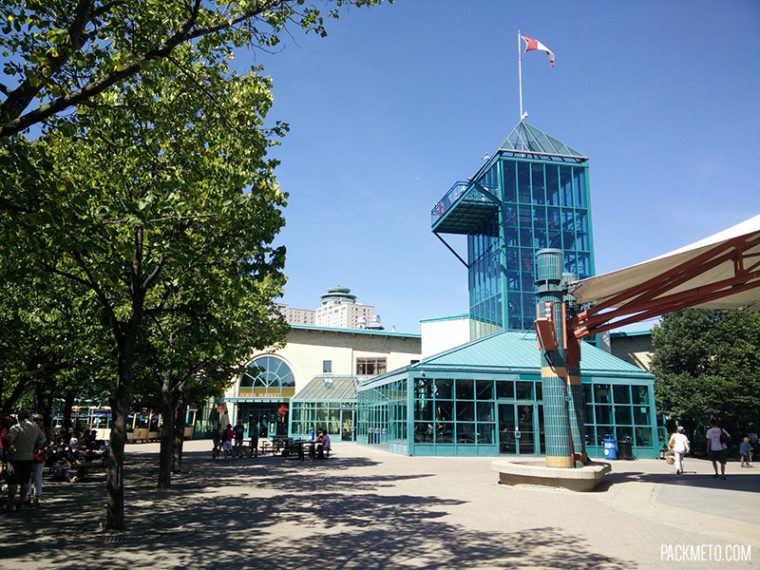 Today, it is a market space and outdoor area for people to gather. Head out on the Assiniboine Riverwalk to see the rivers up close. Shops, restaurants, and food stalls line the walls of the market. Buskers entertain crowds, and there are outdoor stages for events during the summer. In the winter, the area turns into a winter wonderland with skating rinks and trails you can explore on skates. There is always something interesting to see and do at The Forks no matter what season you visit.

Any visit to Winnipeg must be accompanied by a visit to the Canadian Museum of Human Rights. As the only museum in the world dedicated entirely to exploring human rights as a way to inspire change, it is a place to examine and learn about human rights and encourage visitors to reflect and have respect for others. Unlike many other human rights museums, it was not established to commemorate a specific event, movement, victim group or regional history. 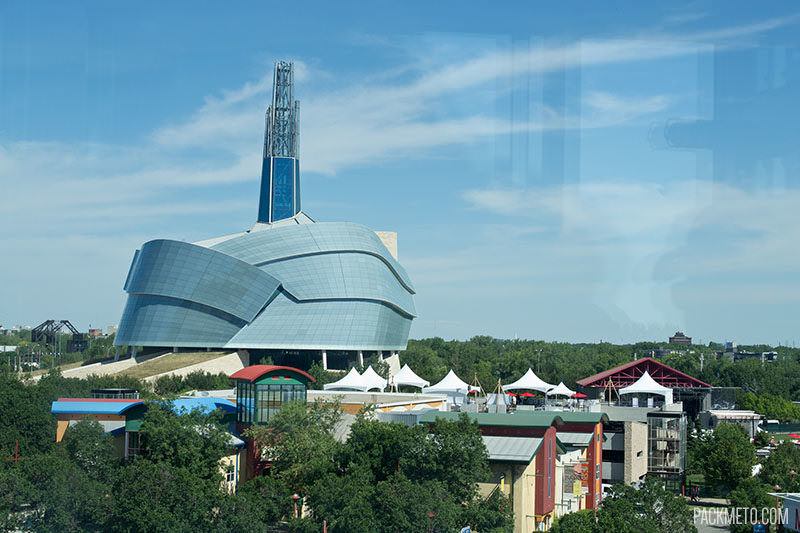 Within its walls, you can find out more about human rights challenges not only in Canada but around the world and across numerous time periods. The building itself is beautiful as it moves from darkness into light, a metaphor for the hope that you should feel by the end of your visit.

Head across the Esplanade Riel Pedestrian Bridge from The Forks, and you’ll find yourself in Saint Boniface. This neighbourhood is home to one of the largest francophone community west of Quebec province and is known as Winnipeg’s French Quarter. It’s the main street; Boulevard Provencher is lined with shops, restaurants and cafes evocative of its French past.

Visit Winnipeg’s oldest building, originally used as a convent, which is home to Le Musée de Saint-Boniface Museum. Inside you’ll find exhibits that explain the history of French-Canadian and Métis communities in Western Canada. 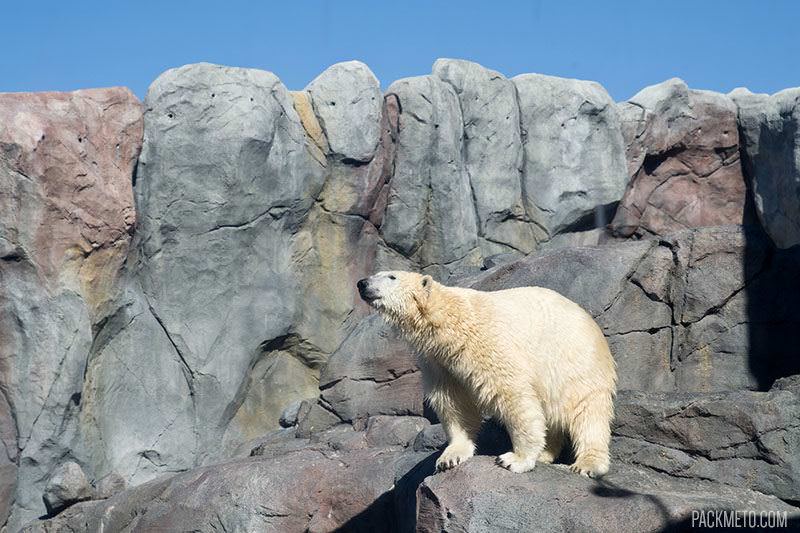 Go on a Journey to Churchill at the Assiniboine Park Zoo to see magnificent polar bears, Arctic foxes, wolves, snowy owls and other northern species. The exhibit is home to seven polar bears however due to their vast enclosure; you’re not likely to see them all. Most of the bears were either orphaned cubs rescued from Churchill, Manitoba or brought here from other zoos when their mothers rejected them.

Beyond being just a zoo, there is a strong focus on climate change and conservation. Displays discuss ways to reduce your footprint and what they’re doing to help preserve these animal’s natural climates. The rest of the zoo contains animals from other parts of the world from the grasslands of North America to the animals of Asia.

The Assiniboine Park Zoo is located within the larger Assiniboine Park which is also worth a visit when you’re in the area. There are beautiful gardens to wander through, a conservatory to explore, a miniature train and of course playgrounds and plenty of fields for your favourite sport of choice. In the winter, the park turns areas into an outdoor skating rink, a toboggan hill and cross country ski trails. In the summer, the outdoor bandshell hosts are variety of performances from movies to musical groups to dance performances. 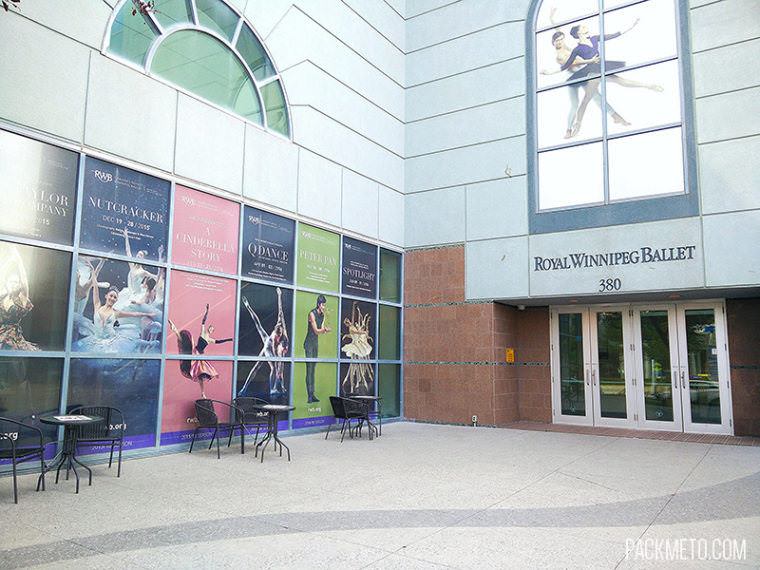 The Royal Winnipeg Ballet is Canada’s premier ballet company and the longest continuously operating ballet companies in North America. If you’re in the city during a performance, get yourself a ticket to see a performance of this world-renowned ballet company. The company performs classics like The Nutcracker every year and other well-known ballets like Dracula and Swan Lake. They also work with choreographers from around the world to create new ballets. Regardless of what ballet you see, a night out at the ballet while in Winnipeg is a fun activity.

Learn about the history of the province of Manitoba and Winnipeg at the Manitoba Museum. Walk through thousands of years of history and see how the people and the land came together. From natural history galleries that look at the various landscapes of Manitoba to human history galleries which examine the way of life of people who called this province home over the years, there are nine permanent galleries at the museum. 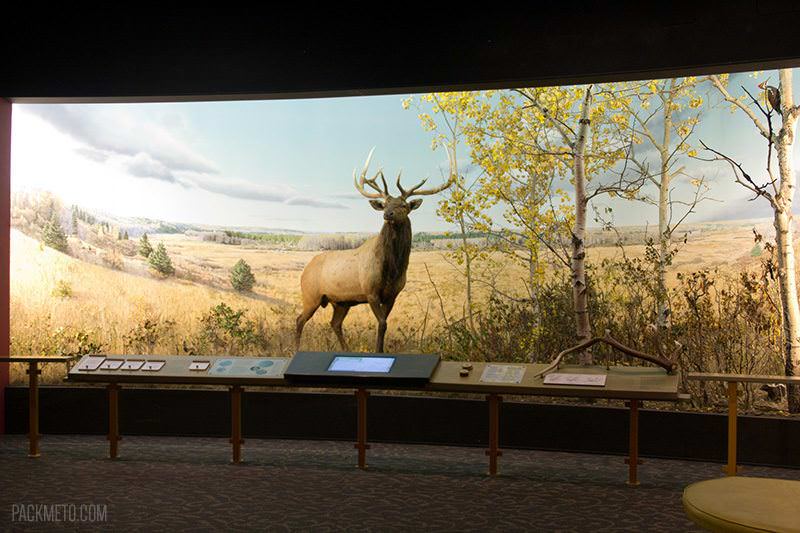 Highlights include explore a full-size replica of a trading ship, the Nonsuch, whose journey in 1668 lead to the founding of the Hudson’s Bay Company and the Urban Gallery which takes you inside a Winnipeg street in the 1920s.  Also on the property is a Planetarium and Science Centre.

7. Food Tour in the Exchange District

Winnipeg’s Exchange District is one of the city’s oldest neighborhoods. Designated a National Historic Site of Canada, it is home to approximately 150 heritage buildings from the early 20th century built during the city’s rapid growth due to the vast number of train routes passing through the city. The opening of the Panama Canal slowed this growth and much of what stands today is representative of what an early 20th-century commercial district in North America would look like. 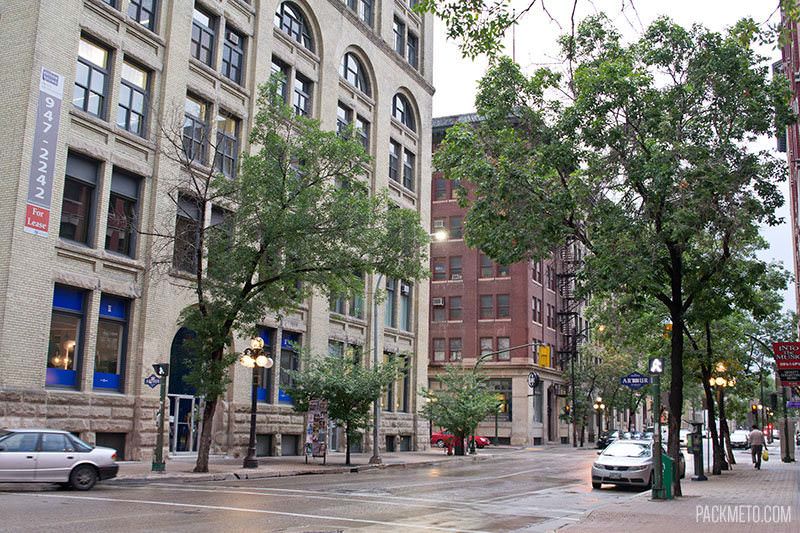 Today the district has grown into a vibrant area full of restaurants, boutique shops, art galleries, museums, and theaters. To get an understanding of this neighbourhood and the diverse food options it holds, head on a food tour with the Exchange District Biz. You have two options to choose from: the Little South America Food Tour where you enjoy foods from a variety of South American restaurants and the Devour the District Food Tour which takes you to taste cuisine from around the world at some of the most popular restaurants in the district. You’ll leave both feeling stuffed and full of appreciation for this important neighbourhood in Canadian history.

Where to Stay in Winnipeg, Manitoba, Canada

Located within The University of Winnipeg’s Furby-Langside Campus, UWinnipeg Downtown Accommodations offers affordable no-frill rooms with private bathrooms. It is a short 5-minute walk from Rice Financial Centre and Winnipeg Art Gallery and is a 7-minute walk from the Manitoba Sports Hall of Fame. It is within a 20-minute walk from The Forks and MTS Centre. 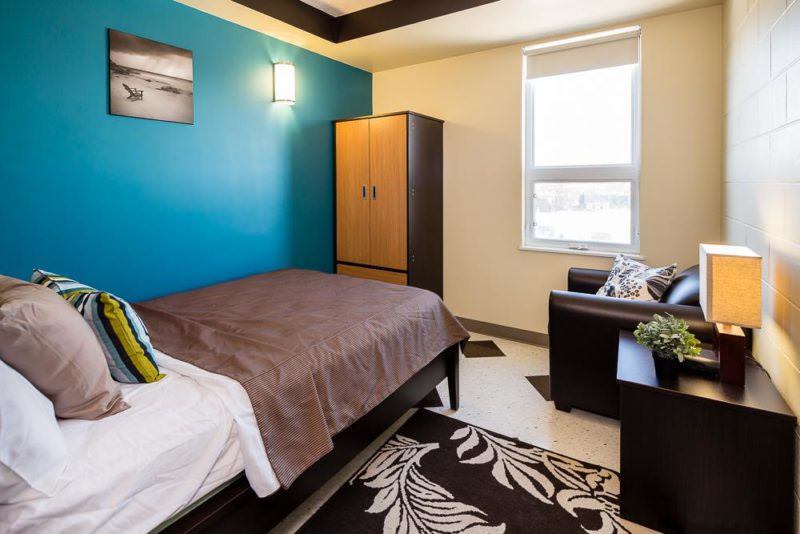 Simply furnished, the air-conditioned rooms are equipped with a work desk, wardrobe, and mini-fridge. Linen is provided for free. Selected rooms come with a kitchenette. Fitted with free Wi-Fi, the shared lounge area features full kitchen facilities, a cable TV, and foosball table. For a quick bite, drinks and snacks vending machines are available.

Located in the heart of Winnipeg city centre, MTS Centre is 140 m across the street, and Winnipeg Square is a few blocks away. Canadian Museum for Human Rights is only 5 minutes’ drive away. Saint Boniface Golf Club is 4 km, and Tuxedo Golf Club is 9 km from the property. 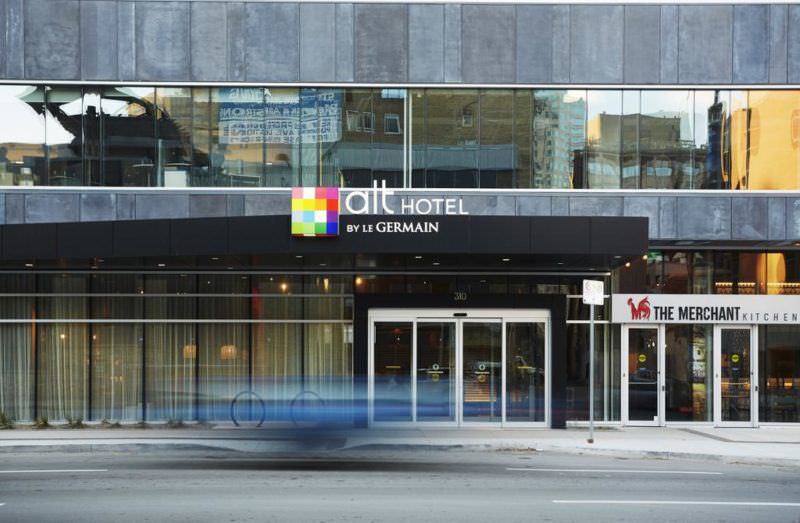 A flat-screen cable TV and an entertainment centre with multimedia adaptors are provided in each guest room. A work desk, seating area, and coffee maker are provided. A private bathroom includes free toiletries. A view of the city is available. Guests can enjoy a work out in the fitness center and refuel at the snack bar. The front desk is available 24 hours a day and offers luggage storage. A business centre includes meeting rooms.

The Fort Garry was originally a Grand Trunk Pacific Railway hotel and was built in 1913. It is within a 10-minute walk of the Manitoba Children’s Museum, Forks Market and the Canadian Museum for Human Rights. The Assiniboine Park and Zoo are 8 km from the hotel. 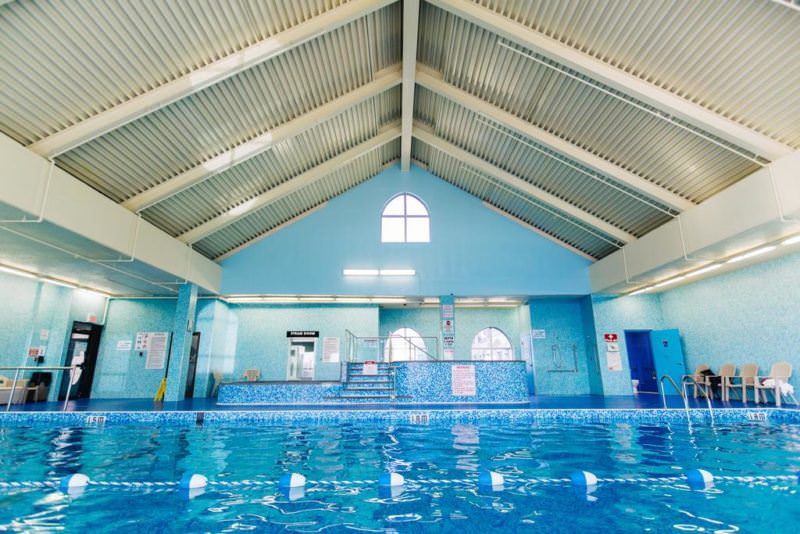 Offering a full-service spa, gym, indoor pool and rooms with bathrobes, this historic hotel is located in Winnipeg city center, 7 km from the Winnipeg James Armstrong Richardson International Airport. Free WiFi is provided. Guests at the Fort Garry Hotel can dine at the Palm Lounge, which features a lunch and dinner menu and local jazz entertainment daily. The Gallery Deli and Gift Shop is open from 06:30 to midnight. 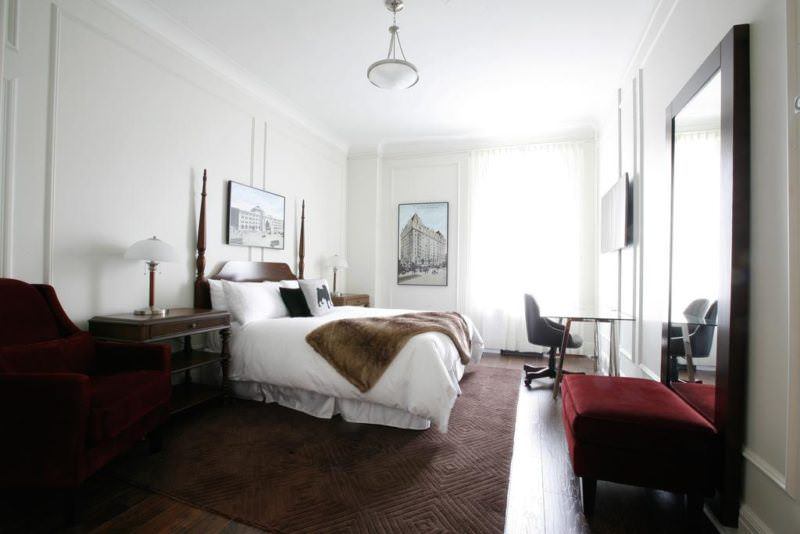 The Fort Garry Hotel rooms include morning complimentary coffee and tea delivery. The rooms are equipped with 46″ flat-screen TVs and air conditioning. Bathrooms are stocked with L’Occitane bath products.

Adelina Wong is a part-time traveler based in Vancouver, Canada. She is the gal behind Pack Me To where she writes about her travel adventures, delicious food experiences and shares tips on how to live a life of travel even with a full-time job. Follow along on her latest adventures on Twitter, Facebook and Instagram.

One thought on “7 Awesome Things To Do in Winnipeg, Manitoba, Canada @packmeto”