Win a set couple’s set of Travelpro luggage worth $920!

In 2013, before Kach and I had ever met, we each set off on the first stage of our new lives travelling the world. We travelled on a low budget, travelling only by bus, train, hitch hiking and later by motorbike – we were backpackers! Since then we have travelled together across 5 continents, building Two Monkeys Travel as we go. 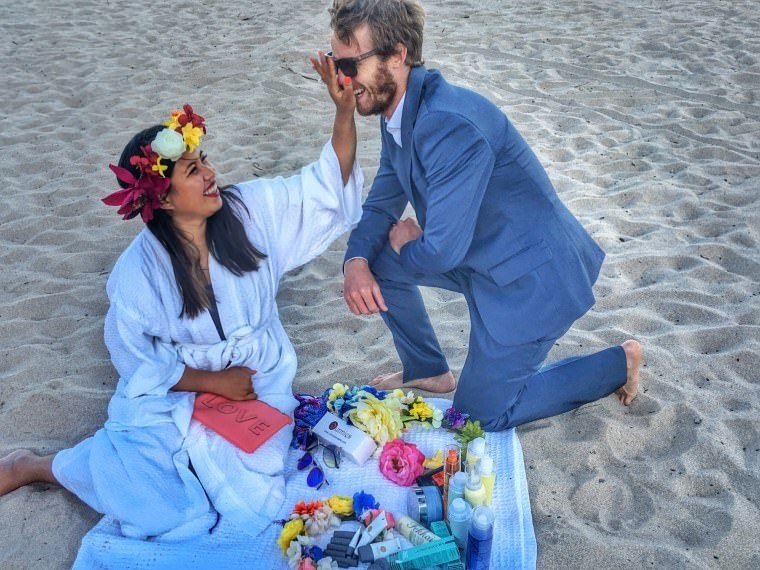 One of the biggest changes in our lives has been in our travel lifestyle, from travelling by bus and staying in shared dorms in cheap hostels, we now travel mostly by car and often stay in luxury and boutique hotels – From Monkey Backpackers to Luxury Travellers! For many months we would show up in luxury hotels, dragging our dusty, wrinkled old backpacks behind us, and we realised that it was time for a change!

When we flew to Florida in December 2015 for our first ever US road trip, we drove to Boca Raton to meet with Travelpro International, one of the top luggage companies in world and provider of luggage to many of the world’s top airlines, their pilots and cabin crews. Airline staff fly more than anyone else and their luggage probably has to deal with more than any other luggage in the world, so it has to be the toughest, lightest and most efficient luggage in the world. So it sounded like the perfect luggage for our travelling lifestyles! 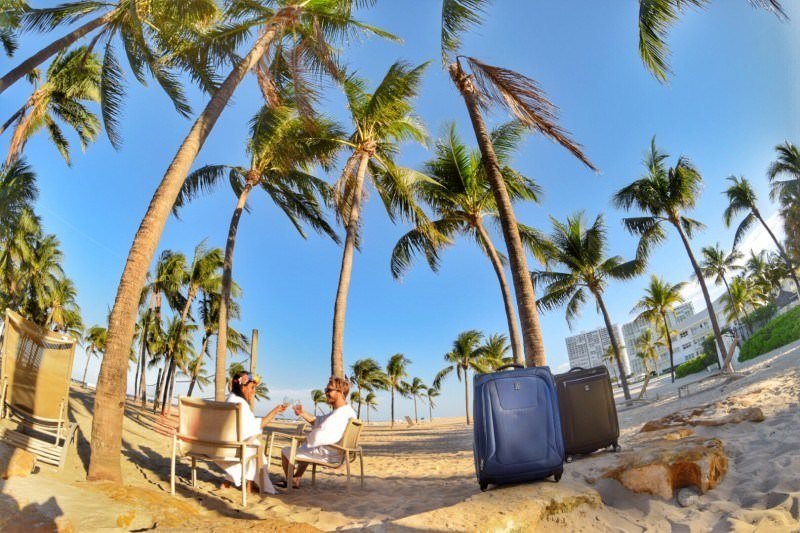 When we met with Scott from Travelpro, we learned the company’s original founder actually invented the world’s first ever properly-functioning roll-on luggage. That’s pretty impressive when you stop and think about all of the rolling luggage that now travels around the world all day, every day.

We decided to work together to find out if Travelpro luggage could handle the kind of travel we do and the wear and tear that goes along with that, so they gave us our choice of their entire luggage range! Kach chose a stylish Crew 10 – 21” Hardside Spinner, while I tried to retain a little bit of the backpacker within me, with a T Pro Bold – 30” duffel bag, made out of tough, durable canvass type material, with two big wheels which allow it to be dragged across pretty rough surfaces.

Our new bags travelled with us all the way from the US to Colombia, to Istanbul, Georgia, Azerbaijan, Morocco, Israel and finally back to the USA again (California, Las Vegas and Grand Canyon in Arizona), all in just three months. The bags were really put through their paces through deserts, over mountains and across the oceans. They’ve been thrown in trucks, trains, pickups and buses, dragged through sand and snow, not to mention the weekly beatings from airline baggage handling. After three months of constant and taxing travel, aside from a few cosmetic marks, the luggage is in great shape and still working perfectly, which given what we’ve put it through is quite an achievement!

Because we know first-hand how Travelpro luggage handles our type of travel and the challenges that come with that, we went back again to Travelpro a few days ago to meet up with Scott and continue with our amazing partnership.

Because Kach and I are approaching our three year anniversary of traveling together, we are starting with an awesome ‘Love and Travel Story giveaway contest with Travelpro, for the chance to win a couple’s set of Crew 10 21” Hardside Spinners (2 pieces) of Travelpro® luggage, valued at $920 (Retail price) for you and your partner!

You know all about our love and travel story, now we want to hear yours! Tell us how you and your life and travel partner met, got together, travel together, your greatest and most challenging moments together. Share your amazing love and travel story to enter and have a chance to win. Check out the contest rules below – Good luck! (We have more giveaways coming soon!!)

One winner will receive a couple’s luggage set of Crew 10 21” Hardside Spinners (2 pieces) of Travelpro® luggage, valued at $920 for you and your partner!

Any couples around the world can enter but FREE SHIPPING is only valid within USA 50 States (see the Terms and Conditions below). If you’re based outside USA, you will have to cover the shipping cost.

STEP 1: Place your comments on BOTH this article post (text only, no photos) and this Facebook status  about your Love and Travel Story with your SIGNIFICANT OTHER. (How did you meet? Your most memorable travel story? Things you’ve learned?). Stories should be 100 to 200 words long.

STEP 3: The 10 Most Popular – liked and commented love stories on the Facebook Photo Album will be chosen to be the finalists. The final winner will be chosen by Two Monkeys Travel Group and Travelpro International management.

NOTE: This Giveaway is in no way sponsored, endorsed or administered by, or associated with, Facebook. You understand that you are providing your information to the sponsor and not to Facebook. Your personal information will only be used in accordance with Sponsor’s Privacy Policy and as permitted by law.

No Purchase Necessary To Enter Or Win.

10 Reasons Why Adventure Travelers should use Polaroid Cameras