When you watch one of his many vlogs chronicling his wandering all around the world, you may notice that he is an unique traveler. From the moment that he hits the record button on his GoPro camera, greeting his loyal viewers with a ‘hello’ salute, he shares his experiences.

After sharing his perspective, Chris ends the recording with his trademark closing salute — a thumbs up hand shape.  He does not speak verbally to the camera as he describes his surrounding but instead, he masterfully uses sign language with one hand while he holds the camera in the other hand to create those videos of his experiences.  He is bringing the world, that we all know about, to the world of Deaf people because he is Deaf as well. 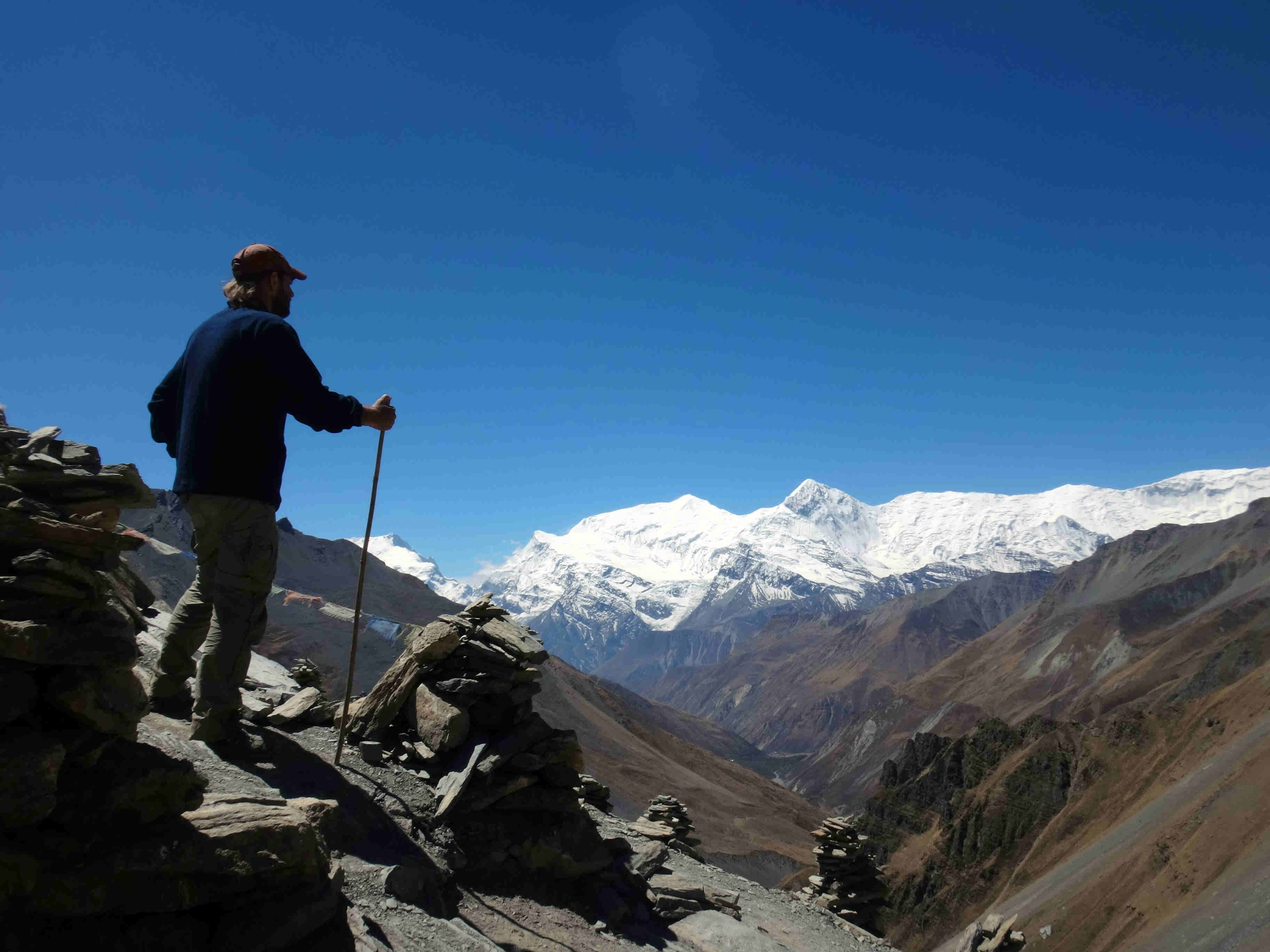 Chris Haulmark is an American world solo-traveler on a shoestring budget.

He had already traveled for a year as a backpacker, only carrying a half full 40 liters backpack and his trusty GoPro camera.  He lost his hearing ability completely at the age of one when he recovered from spinal meningitis.  As a child, he was taught sign language by his parents, who are not deaf, and graduated from a high school in Arkansas. He became part of the Deaf community only after school.

He has explored 47 states after he left a 12 years of IT engineer career.  Then he decided to leave America behind to embark his wandering across the world after obtaining his passport for the first time during the summer of 2014. 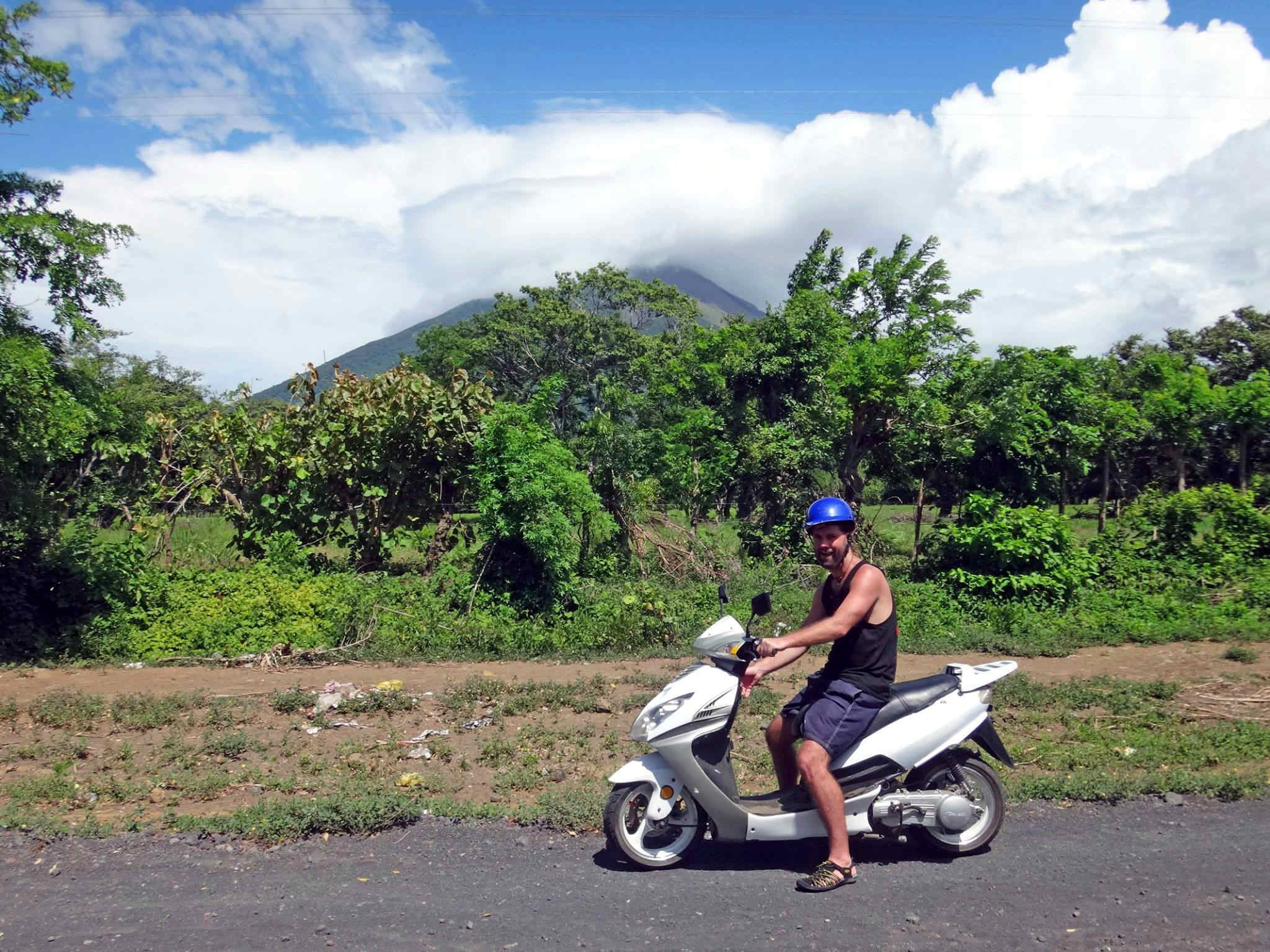 It was for the first time in his life, with 47 states under his belt, that he begun his worldwide wandering beyond the borders of the United States from Laredo, Texas into Mexico. After he completed wandering through Mexico for a month, he continued to be wandering through all of the countries in Central America without making a single flight until he returned to Texas from Cancun on a few hours flight. 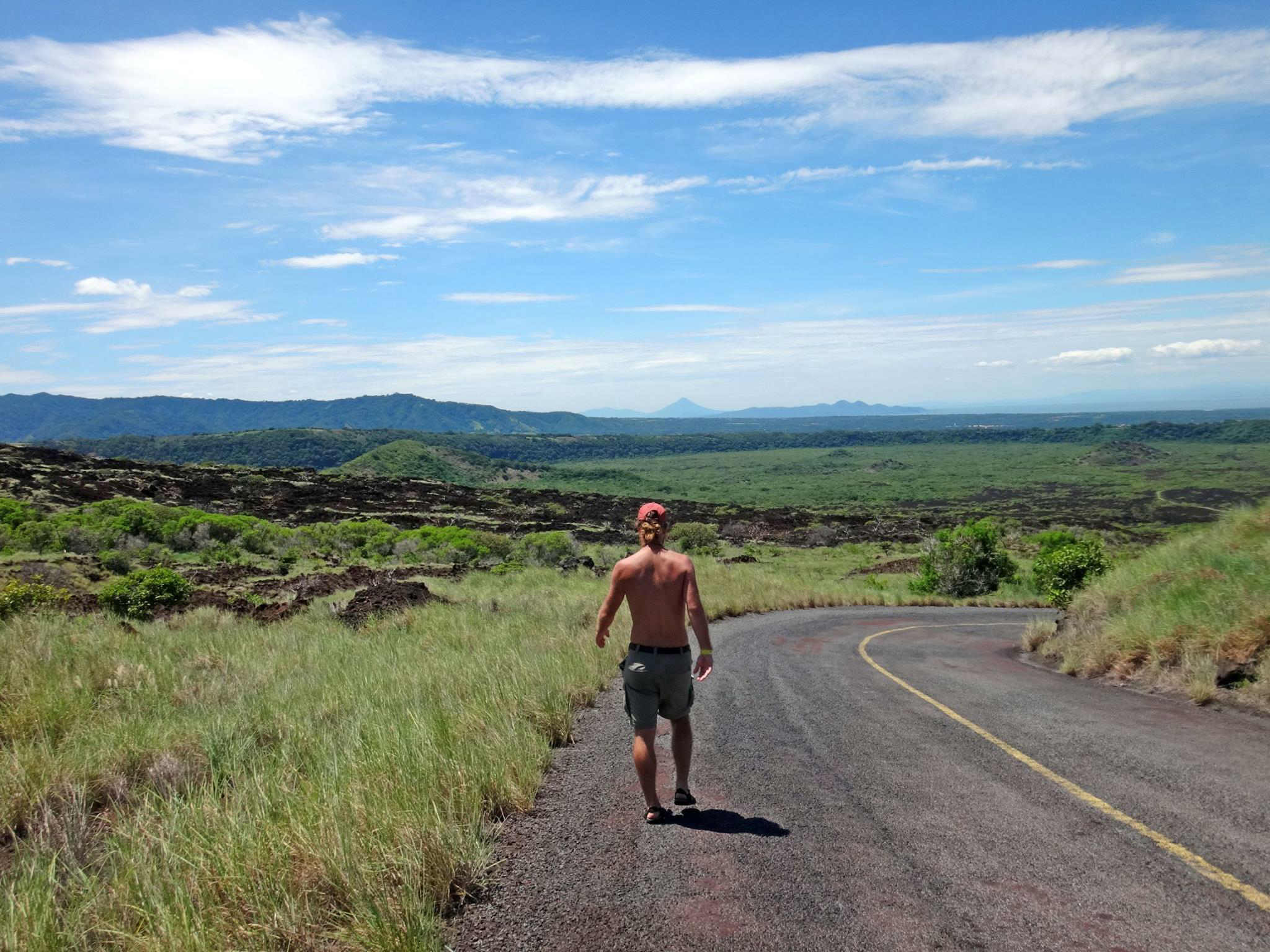 He learned and showed the Deaf audience how easy it was to cross the borders, obtain the visa stamps, and the most important of all: how to communicate to local people without uttering a word of Spanish (or even any other spoken language).  At the same time, he was the proof of a Deaf person who is capable of traveling independently as a solo traveler, without barriers.

Then after 7 months of Central America journey, he returned to America for a short time to organize a plan to begin a wandering route in Europe  He was curious about the challenges that a Deaf traveler would endure going through several countries with multiple spoken languages.

He begun in Germany then went overland through some of the countries in Central Europe all the way down to Istanbul, Turkey, as being an independent traveler again. He had learned how to utilize his camera more effectively after practicing more and more of holding the camera and doing post-processing on his videos for his audience.  He honed his skills to add English captions to his videos as well. 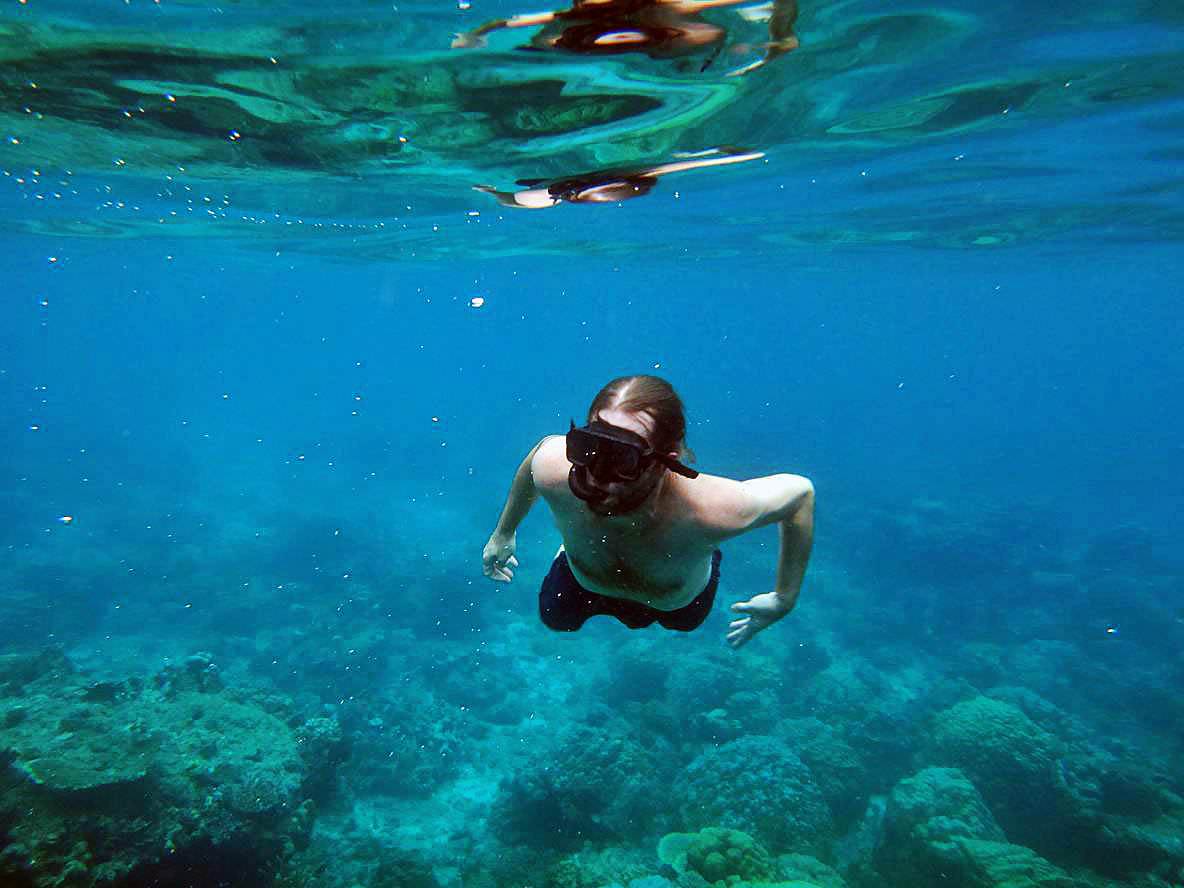 Earlier this year, March, he put a short pause to his worldwide traveling by arriving into Cambodia to learn about being a hostel manager at Blue Lizard Backpacker hostel in Siem Reap. This hostel is managed by another Deaf American, who is already a 6 years world traveling veteran.  Chris stayed there for a month then after that, he left off to India and wandered through Rajasthan in that chaotic and exotic country for a month.  He had a German friend to come along who also learned some sign language within several months since when both of them met in Panama. 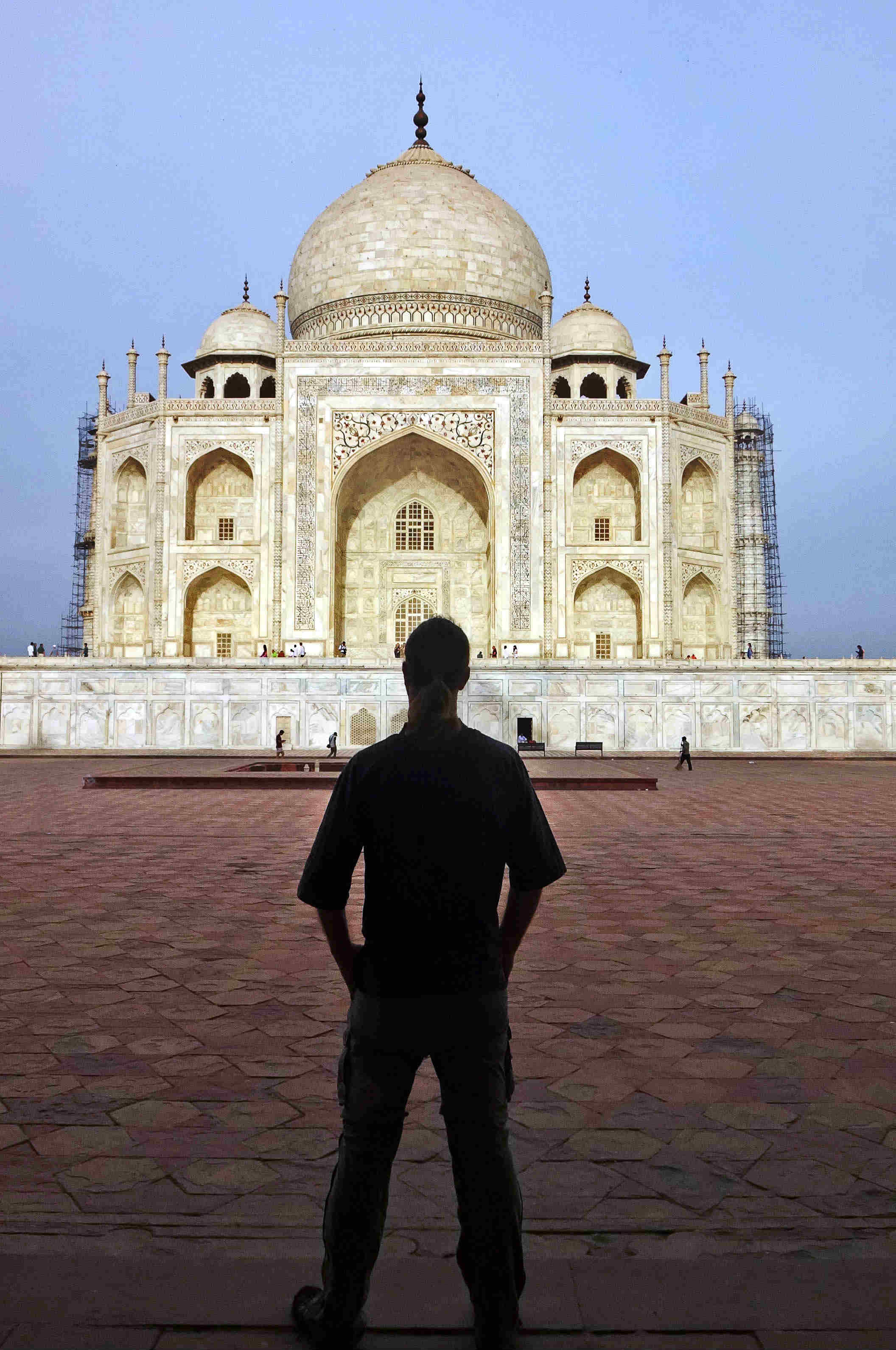 After India, Chris went to Nepal and trekked on the Annapurna Circuit along with his German friend.  5,541 meters high was the highest that he had ever reached in his lifetime on his feet when he crossed the Thorong La pass. It took him 13 days to complete the remarkable and breathtaking trek.

Mr. Haulmark is currently wandering around in Thailand with the hope to explore the rest of Southeast Asia for the next two months. In addition, he will continue to use the GoPro camera to create vlogs in sign language as he wanders through those parts of the world. His hope is for the Deaf people, that is so diverse within the community, to be inspired to become travelers in a similar sense and develop their perspectives through their eyes just as what Chris achieved.

He has a follower base of the Deaf audience who follow his Facebook Page and the newly-launched Youtube Channel and Instagram. He also welcomes everyone who are not deaf to join the audience to explore the world with him to be experiencing his perspective as he sees the world through his Deaf Eyes.  Subtitles are committed to be included for his videos for those who are not fluent in sign language.

His bright hope is to prove to the world that a Deaf person is capable of doing anything.

5 Top Attractions that you should visit in Eilat, Israel