When I arrived at O’Hair International Airport my nephew (Brenden) started to cry. He had never been without me longer than 3 days at that time of his life. So I gave him hugs and kisses, told him that I’ll miss him too. I went through the security and checkpoints, mind you I have not flown since 1995 (post 9/11) the whole process was different. 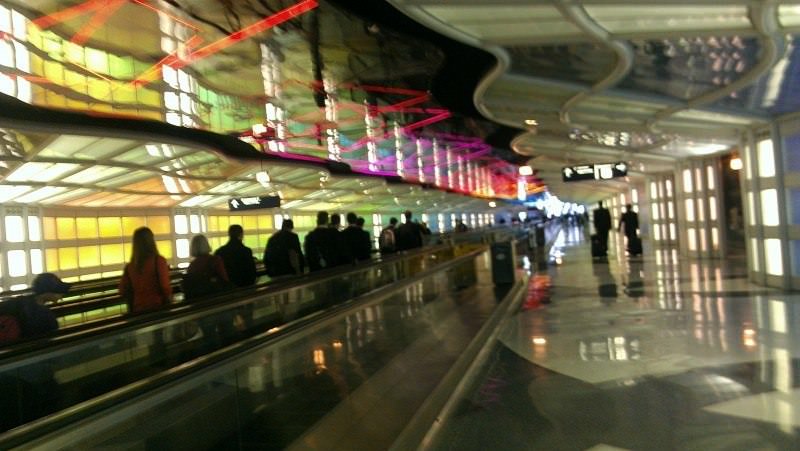 My Gate was C-17. I saw two guys wearing turbans, everyone was sitting far away from them. Me being the curious individual that I am, I went and sat right beside them. As I engaged in conversations with them, I found out they were Sikhs. When it was time to board the plane I used my phone for my plane ticket. Then our flight was delayed right before take-off. They had loaded our luggage on the wrong plane. When we did take off I thought to myself this is nice I can’t wait to get to Texas and Mexico.

When I got to Houston, Texas I had only minutes to get to gate B-83A. This terminal was very clean and was like a maze to me. From Houston, I flew over the Gulf Of Mexico to Haritgin, TX where I proceeded to pickups. As I stood on top of the escalators, despite the huge fountain in front of me, I could see grandma smelling flowers and grandpa talking to strangers (just like me!). 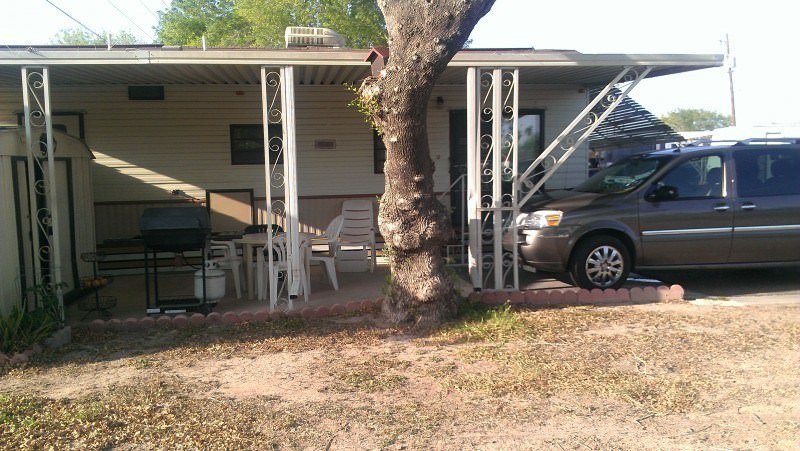 They were so happy that I finally came to visit them. We went back to their winter home where I stayed for a while, then went there community pool where I was flirting with 4 elderly ladies and spread rumors about my grandparents.

The next morning we went to Nuevo Progreso, Tamaulipas, Mexico. It is a U.S.A. / Mexico border town located in-between McAllen, TX, and Brownsville, TX on the US side. Mexico’s side is Reyonsa, Tam, and Madamoros, Tam. The intriguing and beautiful thing about towns in Mexico near the border is that they are so authentic. Unlike Cancun, and Cabo which are tourist traps, and constantly packed, and Americanized, areas closer to the US border such as Puerto Peñasco, are very limited in their tourist attractions. This is a beautiful, raw introduction to this country. 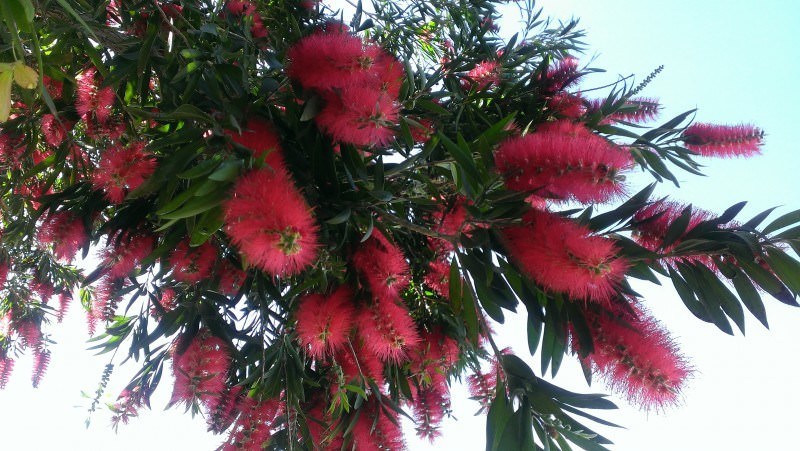 When we parked at the US / Mexico Border International Bridge, you will see along the border fence Bottlebrush Trees, in Springtime when they are in blossom they are beautiful. 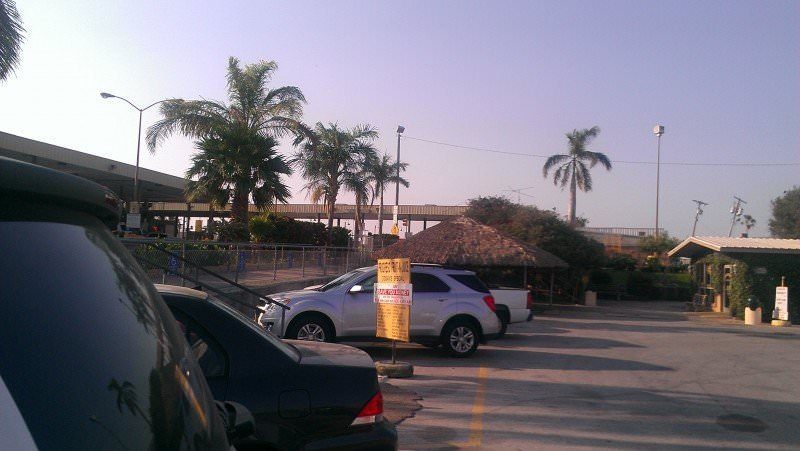 Walking to the bridge, you will see a Palapa (a Spanish word of Malayan origin, meaning “ Purlpous Leaf” ) ( It’s an open-sided structure with a Thatched Roof made of dried palm leaves), which is common to see on most Mexican beaches) 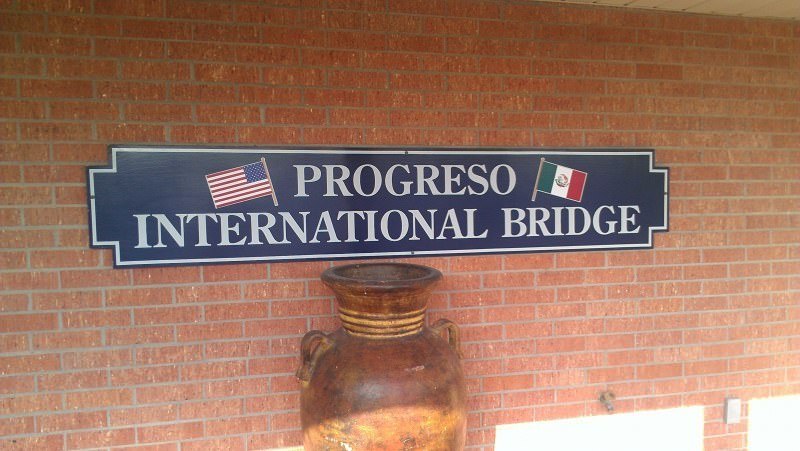 Which leads to a stairwell going to the “Progreso International Bridge.” Where you will pay .50 cents (USD) to cross the bridge. In the middle of the bridge, there is a plaque incarnating the International Boundary & Water Commission Line is.

Only at the end of the bridge on the Mexican side, you will encounter panhandlers. They encourage you to not help. The US side says that it encourages them to take their kids out of school to use for pity. On the Mexico side, they only say you will be attested for help if you get caught. I don’t know if any of it is true. 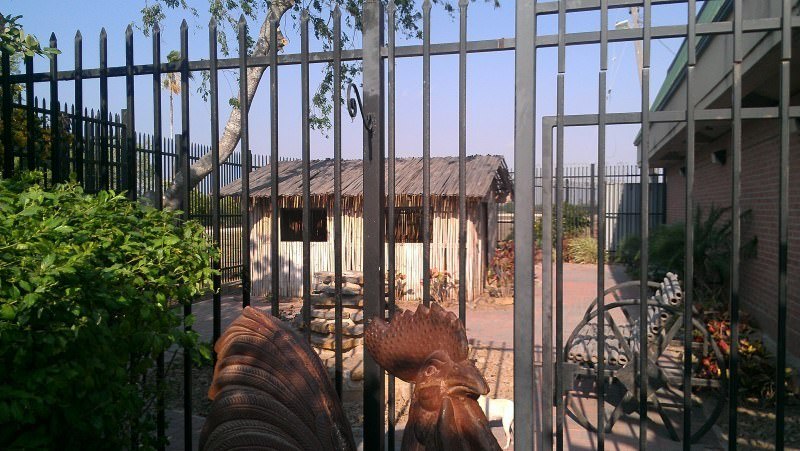 As you walk into Mexico there is a huge wishing fountain with an Eagle preached on a cactus and snake in its beak.

You may see a strong Mexican army presence. Don’t be intimidated, they will not bother you. This town is very safe and design for the winter Texans that flock south for the winter.

The people of this town are kind and talkativeness about anything and everything. You will see people and kids alike making jewelry and baskets. Stray dogs are roaming the streets everywhere.

About one-in-half blocks on the right side of the main street is a Mexican Bakery. This Bakery has the best Mexican Pastries I have ever had in life. I mean for $8.00 (USD) my grandparents and I had had unlimited coffee with 5 pastries. It felt different since this was my first time in a country where it was not safe to drink the tap water out of the sink Fossett.

This was when I knew one day I wanted to visit other cultures to learn. To learn a new way of life, to live life with a better appreciation for life. I told myself, well I will save this for another time.

I walked around town, going in and out of stores, talking with the street vendors about there famous bartering sale pitch “ Almost Free “. Then before we went back to Texas, we stopped at my grandparents’ favorite restaurant where I had drinks and food with my grandparents. It was the first time I had Liquor with them. So to my grandparents, THANKS for these memories and for changing my life. May you both Rest-In-Peace and in my heart. 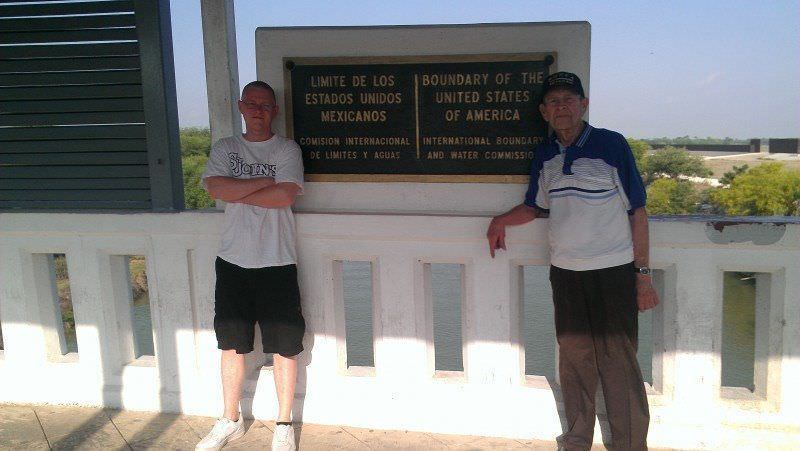 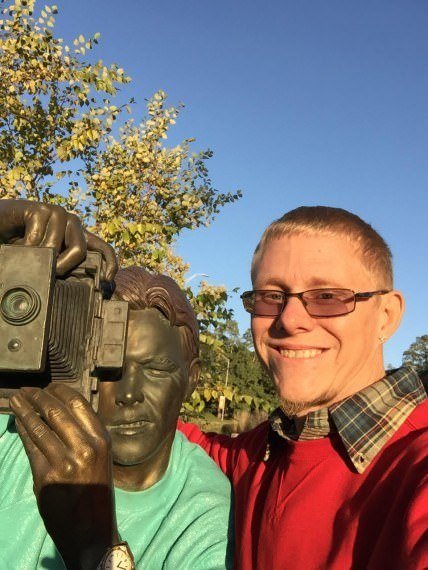 Hi, I am Brent Erickson. I was born and raised in Illinois, but have also resided in Indiana and California. Since I was a kid, I have always enjoyed the outdoors, hiking, fishing, catching all types of critters. Basically, anything I could get my hands on or anything involving the outdoors. In 2013, when I took a trip to Tennessee, I decided I wanted to visit every state in the US at least once. When I went to Mexico I realized I wanted to visit another country abroad where I know people and indulge myself in their cultures. Plus I enjoy meeting new people and hearing their stories. I have learned by doing this you have a better understanding of life. I keep a camera on me since photos are memories trapped in physical-time. When I was introduced to Two Monkeys Travel Group, let’s just say I believe in the cause and goals of Two Monkeys.

One thought on “My Experience Crossing the Texas – Mexico Border”

Cool Things to do in New York for a First Timer (like me!)