Home » Destination » 7 Things to Do in Brussels, Belgium

There are a lot of famous capital cities all across Europe, but did you know that there’s actually a capital city of the whole continent? Brussels, Belgium’s capital city is referred to as the de facto capital of the European Union. It is also known to be the Comic City, due to the people’s love for comics and numerous artists staying in the city to further their careers in the field. There are even schools in the city dedicated to this thriving industry! 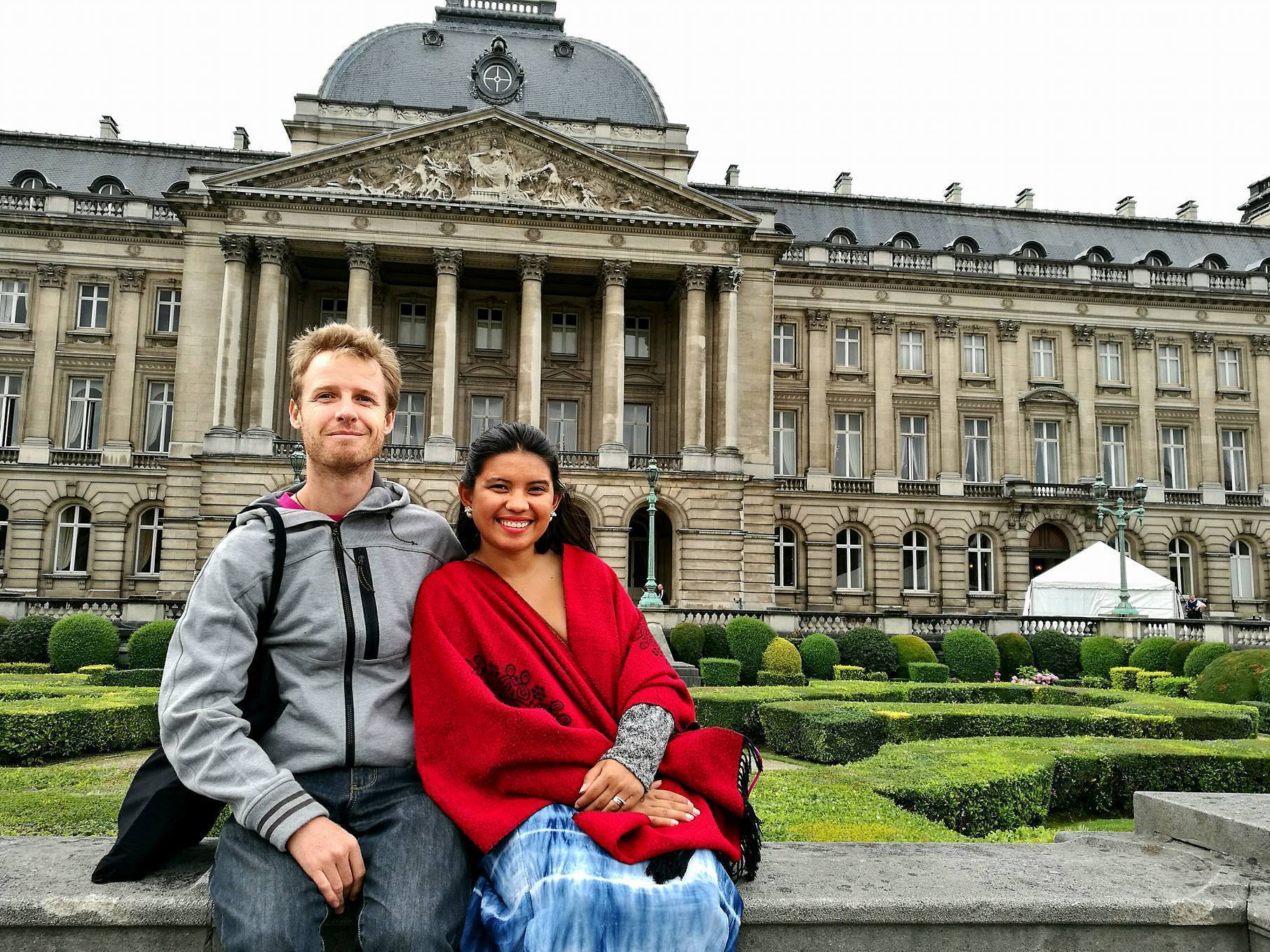 This Belgian capital has so much to offer, from its amazing architecture to good food, down to its rich and diverse culture. It’s safe to say that Brussels is quite an interesting tourist destination, though it can sometimes be overlooked in favor of bigger, more famous capital cities in the continent. 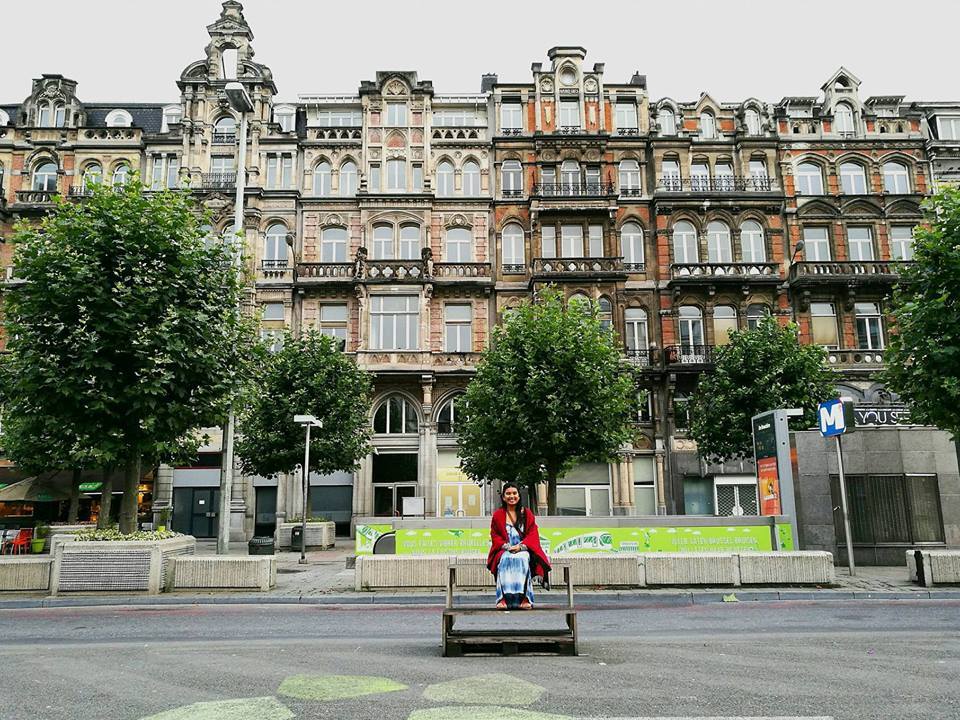 If you want to get to know more about one of the most fascinating places in Belgium and the European continent in general, here are a few interesting activities you can take part in during your visit.

1. Get your sweet fix

The Belgians’ love for chocolate goes back to the 19th century when cocoa was first introduced to them from Congo. Nowadays, chocolate is still a major industry in the country and you’ll find tons of stores selling these delectable goods.

Suggested tour: Don’t just settle for tasting the best chocolates on this side of the world, get to know how it’s made and discover more about the local delicacies by joining a chocolate tour.

Brussels is known to have some very interesting historical sites. Here, you’ll find the palace where Belgium’s first king was coronated. There’s also the world-famous bronze statue of a boy peeing into a basin which is a famous tourist spot in the country, among others.

Suggested tour: Rent a bicycle and join a small group of tourists who are as interested in discovering Belgian culture and sights just as much as you are.

Aside from being the “capital” of Europe itself, Brussels is also known to be the official capital of the Flanders region, one of the 3 regions comprising the Kingdom of Belgium. The Flanders region is known to be the Dutch-speaking area of the country, complete with its own set of laws and a parliament (though technically, it only has partial control over Brussels).

The Belgian Flanders’s history and culture are another intriguing part of the country that is definitely worth discovering. The best way to do it is by adding some of the Flemish village surrounding the capital city as part of your stopovers.

Suggested tour: Know more about the Flemish history and some of its most significant places by joining a day tour dropping by some Flemish villages surrounding Brussels. 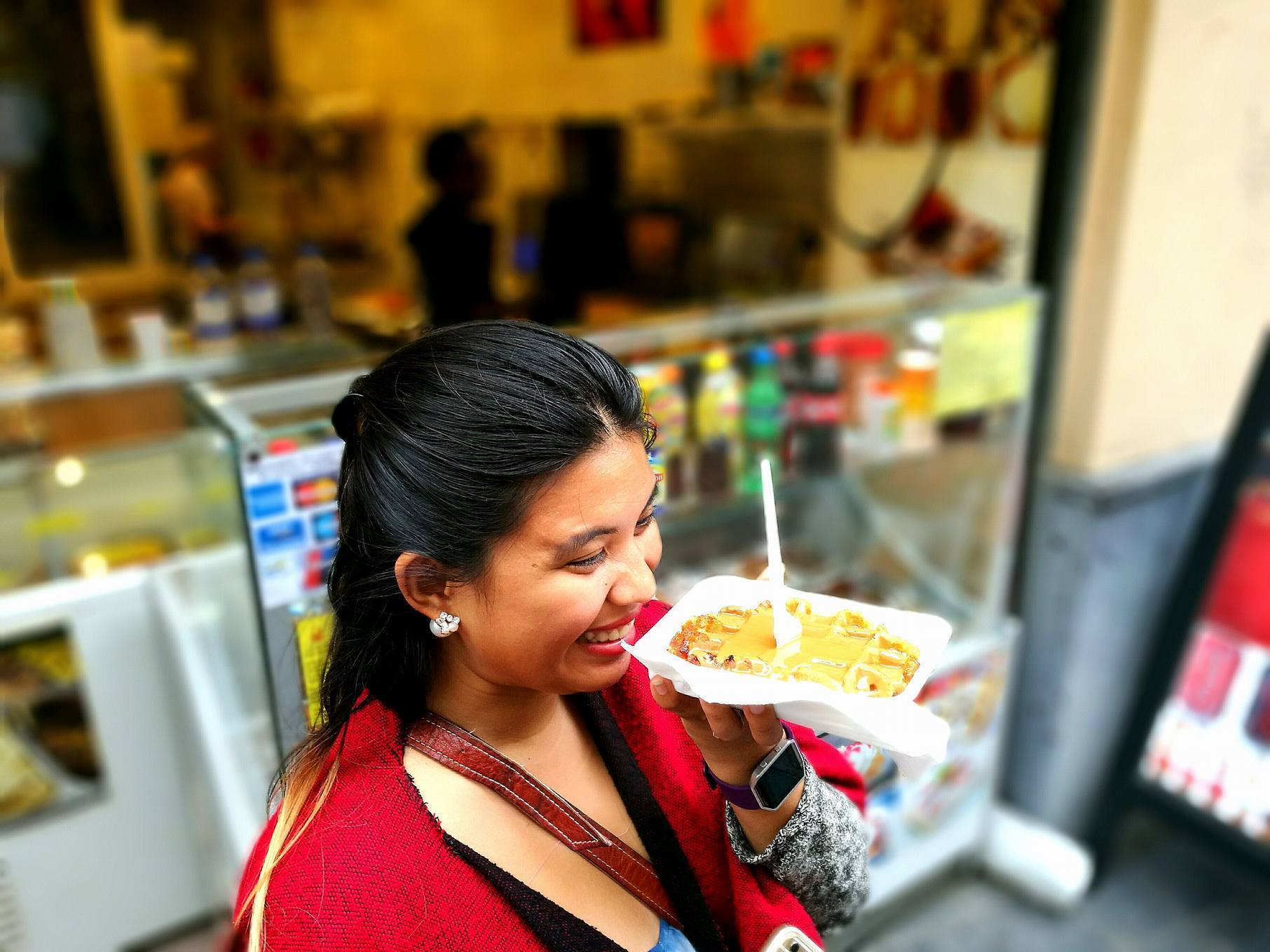 Ever wanted to taste the authentic Belgian waffle straight out of its source? Then this is the perfect opportunity for you! While touring Brussels, you’ll have the chance to taste two kinds of waffles: the crispy ones dusted with sugar and the soft ones slightly similar to pancakes.

That’s just the tip of the iceberg when it comes to Belgian cuisine. There are also a wide array of biscuits and pastries that you’ll only get to taste in the country, among other mouth-watering dishes and desserts. Aren’t you getting hungry yet just by imagining them?

Suggested tour: The word diet should not be on your vocabulary during this tour because you just have to try all the best food Brussels has to offer.

5. Get to know the Belgian Art Scene

As mentioned earlier, artists just love being in Brussels! Why wouldn’t they? The art scene is very much alive and appreciated on this side of the world. In fact, as mentioned earlier, comic artists even move to the city either to study at any of the comic-dedicated schools or just to try their luck at this booming industry.

Know more about the lively art scene in the country while on your holiday and you might just get an inspiration to be crafty, too!

Suggested tour: Not only does this Brussels Art Experience tour will take you to art museums, it will also give you access to the Belgian Comic Strip Center where you’ll get to know more about the scene.

6. Marvel at the Atomium’s Beauty

It’s kind of amazing to think something meant to be temporary would make it as one of Brussels’ top tourist stopovers. The Atomium was originally built during the 50s as part of a world expo, but it successfully made it to the list of Brussels’ must-visit areas.

The structure is an enormous representation of an ion crystal cell and is an incredible mixture of art and architecture. Make sure to drop by even once during your stay!

Suggested tour: Skip the line to the Atomium by booking a ticket in advance. This way, you can still utilize your time to visit more places!

The Battle of Waterloo is one of the greatest military conflicts ever witnessed on the continent. This battle marked the end of Napoleon Bonaparte’s reign as a French conqueror after he was defeated and abdicated 4 days later.

Suggested tour: Ride a minivan and drop by some of the most significant sites to get to know more about Bonaparte, the war, and all that comprises this certain part of Belgium’s history.

Where to Stay in Brussels, Belgium

Where to Stay in Brussels, Belgium if you’re on a Budget 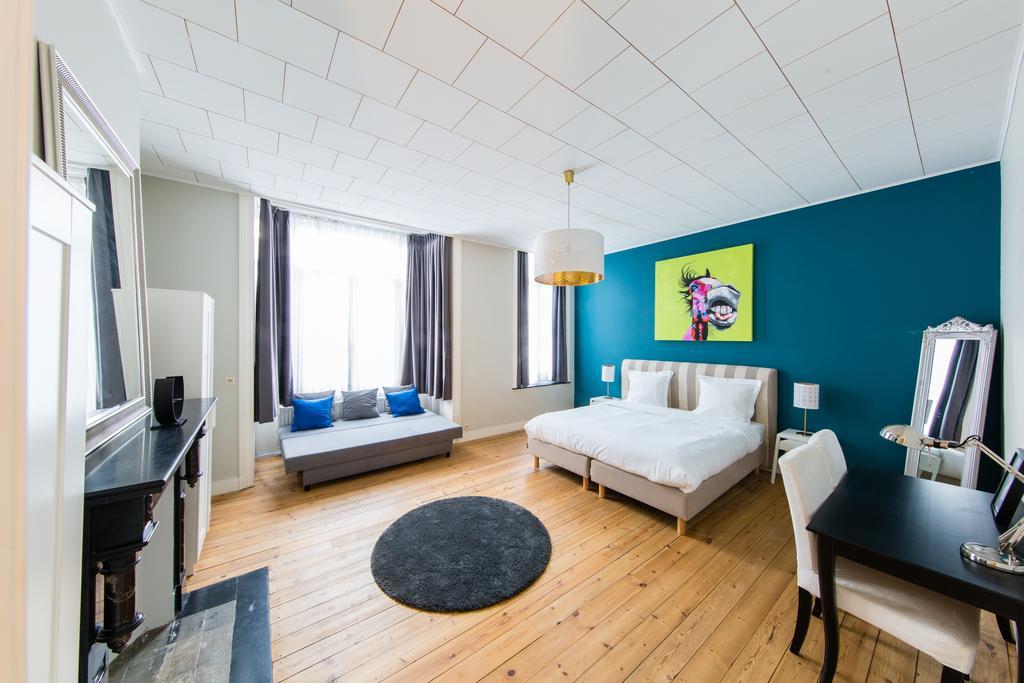 Get to know more about Urban Suites Brussels EU  through reviews.

Where to stay in Brussels, Belgium for Families or Couples 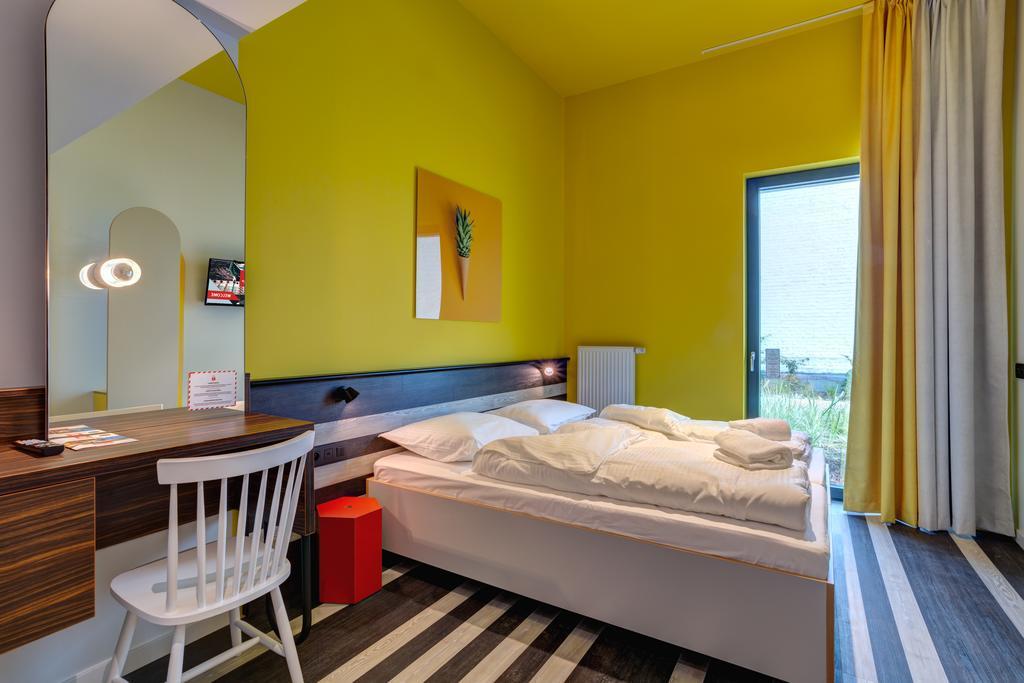 Get to know more about MEININGER Hotel Bruxelles Gare du Midi through reviews.

Where to stay in Brussels, Belgium if you want Luxury 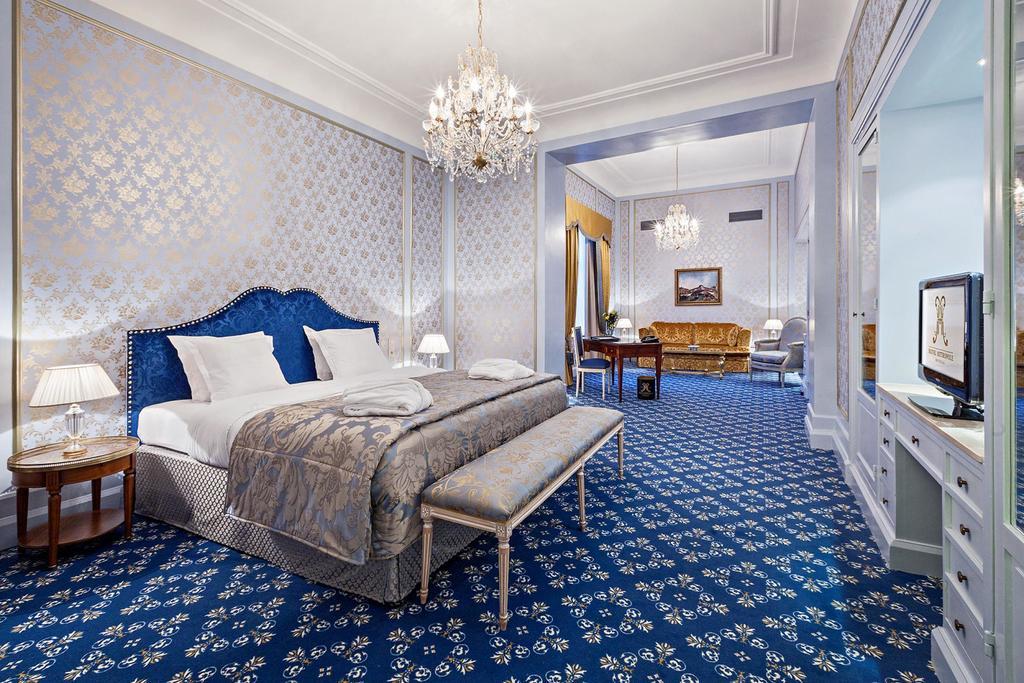 Get to know more about Hotel Metropole through reviews.

1. How do I get a tourist visa to Belgium with a Philippine passport?

To be able to explore Belgium and its capital, Brussels, you will have to get yourself a Schengen visa.

This is also ideal if you want to go and visit all the other parts of the European Union covered by the said visa.

2. Is it safe to travel to Brussels, Belgium?

In general, Brussels and most of Belgium are relatively safe for tourists who wish to visit. However, it’s still impossible to completely rule out the occurrence of petty crime like pickpocketing and scamming so make sure you’re always alert.

3. Is it expensive to visit Brussels, Belgium?

It depends on how you look at it. If you’ll be comparing your expenses in Brussels to other European cities, it’s surprisingly cheap. However, if you’ll be converting the expenses in Philippine peso, it may come off as a bit steep.

To give you a good idea, you’ll pretty much survive in Brussels with around $75-80 on a regular day and around $50-55 if you’re really a budget traveler. This budget includes your food, transportation and your admission to different attractions.

Please do note that Brussels’ and the entirety of Belgium’s currency is in Euro which is roughly equivalent to 57 pesos.

4. How do I fly to Brussels, Belgium from Manila?

To get to Brussels, you’ll need to get on board any leading airlines that travel to the Belgian capital regularly. There are currently no direct flights to Brussels from Manila so you’ll have to get on connecting flights. They usually have a stopover in places like Hong Kong, Abu Dhabi, Xiamen, Doha, Bangkok, and Taipei, to name a few.

5. When will be the best time to visit Brussels?

Generally speaking, the best time to be in Brussels is during the shoulder seasons from March to May and from September to October. You’ll expect a smaller crowd than during the peak seasons so accommodation is also relatively cheaper.