There are a lot of awesome things to do in London which includes visiting the London Eye.The London Eye is one of the most iconic structures easily identified within the vibrant capital city of the United Kingdom.

As the most paid-for attraction, it draws almost 4 million visitors annually. It offers an unobstructed, 360 degrees bird’s eye view of the city laid out below and as far as the eyes can see. Seeing London at a glance is definitely one of the things you should do at least once during your visit.

Time saver tricks: As the London Eye (@TheLondonEye) is a very popular tourist attraction, ticket office queues can get very long especially during peak season (summer). To avoid long lines, it is advisable that you purchase tickets way in advance. These can be pre-booked at their website, saving you not only time but at least 15% of the standard ticket price as well. You can also buy tickets in authorized tourist info offices or offices selling tickets for bus tours, like the Original London Tour or Big Bus Company. Another way to beat the lines is by visiting off-peak hours, which is before 11 am and after 3 pm. Fast track passes can be purchased at extra costs if you wish to go ahead of the queue. 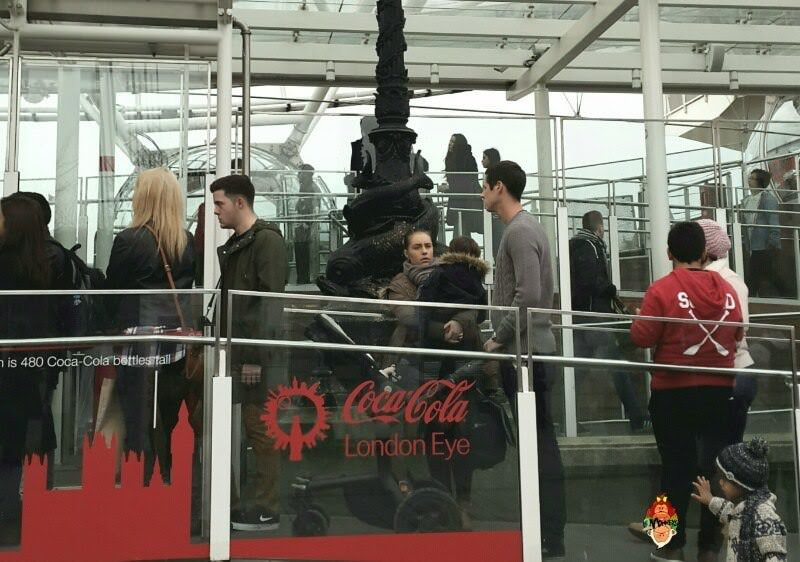 There are also passes that you can pair up with other top attractions (more on these as you read along the article) which give you discounts as much as 53% when purchased online. If you are traveling with your family, you’d be delighted to know that children under 4 are free and that seniors are given discounts as well!

The Flight’s Prelude: Included in the ticket as part of the London Eye experience is an entry to the fantastic 4D cinema. Located in the nearby County Hall, the 4D Experience is the perfect prelude to your flight on the Eye. This is the fantastic 3D film combined with spectacular in-theatre effects that include wind, bubbles, and mist sprinkled over you, adding a breathtaking 4th dimension to the experience.

You’d be following the flight of the seagull as it hovers over the London Eye and some of the famous landmarks of the city. Whilst the sights and sounds of London come to life before your eyes.

Goldfrapp’s Little Bird and Coldplay’s Life in Technicolor ii render the instrumental background music to the film. You will be mesmerized throughout this groundbreaking 4D Experience.

People go in by batch, as many as the four levels of the spacious cinema can comfortably admit, all in standing position. As the film is just under 5 minutes, you won’t be waiting too long for your moment. Plus you might not even notice the time while watching a short film on how the London Eye was built as you wait outside the cinema for your turn on the 4D Experience.

The Flight on the London Eye: They call the ride on the Eye a flight.  It takes about 30 minutes to make a full flight on the observation wheel, which turns around at a steady speed. The speed is slow enough to allow people to step in and out of the capsule as it rotates continuously. To get the most out of your enjoyment of the flight, you need to focus on one direction at a time so you can see as many London landmarks as possible.

While your capsule is still low, you can marvel at how the glass-encased pods are designed to give you a full-360 degrees view of the outside. You can see the other capsules and how they are mounted on a ring which allows them to rotate and still become level with the ground.

You won’t feel any wobbling or acceleration at all, as each egg-shaped capsule rotates slowly and steadily with the wheel. This allows you to move around the spacious interior freely, like walking on solid ground. There are 32 capsules, corresponding to the number of boroughs London has.

As your capsule begins to ascend, you’ll be hovering over the River Thames and see some water activities like the river cruise passing by, just before the river make a bend eastward. If you are facing northward, you see the Golden Jubilee Bridges, and to your left, people strolling at the Queen’s Walk and Jubilee Gardens are getting smaller.

Looking East: When your capsule attains significant height, you need to face east. So be ready to identify the following: Easy to locate with its triangular shape, glass exterior, and the jagged top is the Shard, the highest building in London. Next to it is the London Tower Bridge and the medieval castle Tower of London.

Permanently anchored on River Thames is the navy ship museum, HMS Belfast. The Doric column of the Great Fire of London Monument may be a bit tricky to locate.  The bullet-shaped Gherkin building also dominates the skyline this side. Moreover, don’t miss out St Paul’s Cathedral with its Baroque style dome and the spires of Wren.

Looking North: As the movement of the wheel now turns southward, it is time to look north. Have a look at Somerset House at the foot of Waterloo Bridge on the opposite side of River Thames. The Somerset House is a Neoclassical building housing arts and cultural exhibitions at the heart of London. The luxury Savoy Hotel, standing also on the north bank of the river, dates back to the 1880’s. At the Victoria Embankment, on the north bank, is Cleopatra’s Needle. This Egyptian Antiquity obelisk stands in front of the art deco styled Shell Mex House, recognizable by its clock tower.

Below you’ll now be able to see the twin Golden Jubilee Bridges crossing the river. These are pedestrian bridges supported by cables and pylons, flanking the railway Hungerford Bridge. Following these bridges will lead you to the Charing Cross Railway Station, also on the north bank, recognizable by its arched roof and Mansard styled neo-Georgian white brick support structures.

Looking West: As your capsule curves to reach its highest, you can see the west skyline overlooking the landmarks (from the northwest) which includes: Trafalgar Square and Nelson’s Column, the Corinthian column on top of which sits the statue of the Battle of Trafalgar hero Horatio Nelson. North of this square is the National Gallery, a neoclassical building with a dome on the entrance hall. West of the square is the Canada House, a Greek revival building, unmistakable for the Canadian flags flying around it. The West End where many theatres are located is also towards this direction.

Distantly, the verdant expanse of Hyde Park, Green Park, and St James’ Park should be in front of you facing west, with the Buckingham Palace is neatly surrounded by these parks. You also won’t miss the Horse Guards Parade, the parade grounds where the annual ceremonies ‘Trooping the Colour’ of the British armies are held. The Whitehall Court, an impressive Victorian building, and the Whitehall Gardens should be where they are by the Victoria Embankment. Inching your gaze along the embankment, you’ll find the Royal Air Force Memorial, a stone pylon on top of which sits a globe and a gilded eagle. It is the 1923 memorial to the RAF casualties of WWI. Behind this monument is the Ministry of Defence building, a neo-classical historic building.

By now your glass pod has reached its zenith. You should now be gazing below towards the southwest direction. Standing side by side are the Foreign and Commonwealth Office and the Government Offices Great George Street buildings. FCO has a square inner courtyard, while GOGGS has around one. 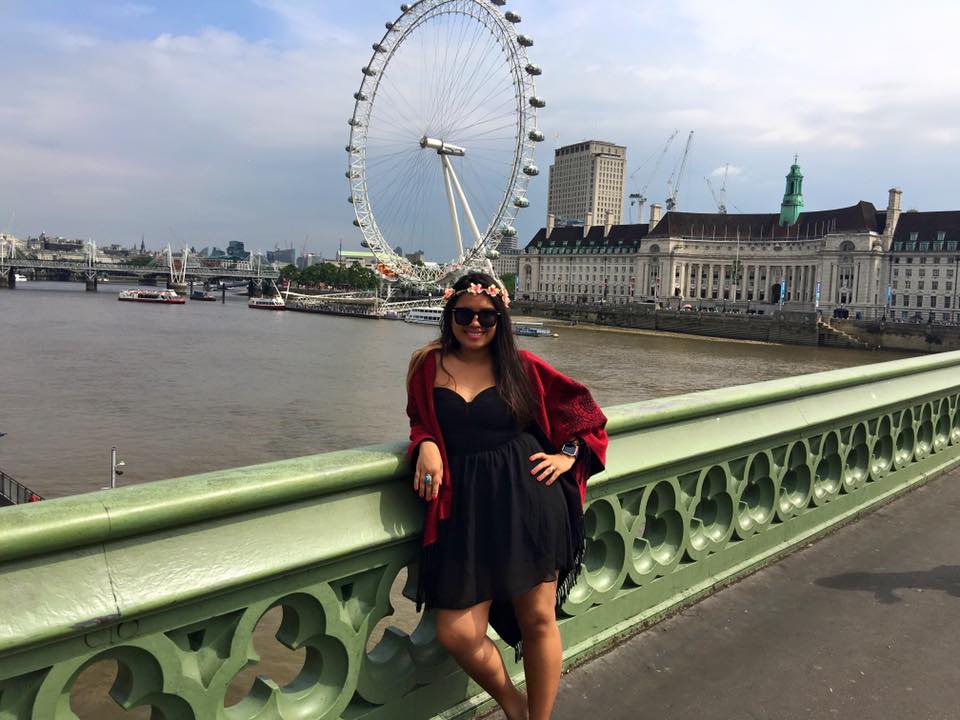 Looking South: As the capsule begins its descent, the focus now is to look upon with awe the Westminster Palace, also known as the Houses of Parliament and its magnificent clock tower, the Big Ben. This is considered the highlight of the flight, as most photos taken from the London Eye have this beautiful landmark. The tour of London won’t be complete without a selfie with this UNESCO World Heritage building, made especially memorable from a vantage point inside the Eye.

Equally breathtaking to see is the River Thames making a bend from this direction, and the iconic red London Buses crossing the Westminster Bridge.

The Descent: Enjoy every minute left of the flight as the capsule make the descent. Look to the left below, along with the Queen’s Walk, and see the County Hall, where the other tourist attractions are located. Take your final photos of Westminster Palace and Big Ben before an automated overhead voice tells you to position yourself on shoe prints and camera icons found on the floor. This is where you’ll pose and smile for a souvenir shot from the giant camera found outside the capsule. This photo, along with all the souvenir trinkets, will be available at the shop at the foot of the London Eye.

Within the capsules are interactive Samsung Galaxy tablets for a complete description on all 55 or more landmarks to see during a flight on the London Eye.

The Coca-Cola London Eye: You might be wondering why there is the Coca-Cola brand name attached to the London Eye name. The new name was launched last January 2015 after the soft-drink company signed a partnership and sponsorship deal with the London Eye.

Since then, the London Eye glows red every night. The logo contains the silhouette of the soft-drink bottle, and all glass-pods are emblazoned with the name Coca-Cola London Eye.

It is operated by the London Eye Company Limited, a Merlin Entertainments Group Company. 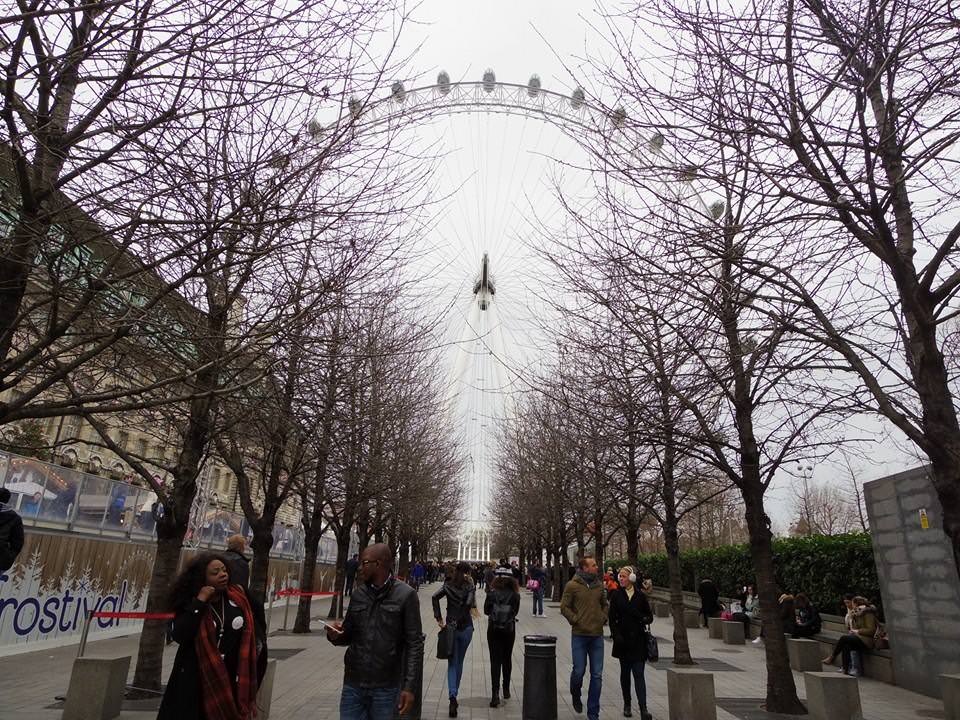 Different Ways to Enjoy the London Eye Experience: Seeing London at different times of the day, gives you different ways to feel the experience. While day tour offers a breathtaking view of the London Skyline, as far as 40 km on a clear day, dusk and night-time flights have their own effects to the senses.

The setting sun gives a more surreal view when the western horizon changes hues from blue to orange. Moreover, the colorful city lights give a more romantic flair during a night visit. London Eye offers.

One thought on “Seeing London Eye to Eye @TheLondonEye”

7 Awesome Things to Do in Yogyakarta, Indonesia