Being an island with multiple climates, landscapes, history and diverse wildlife many would try to squeeze it all into one trip. In June I was invited by TBC Asia and Cinnamon Hotels to choose one area to explore in depth over a one week tour and while white sand beaches and wild camping in the safari park were very tempting, for me central Sri Lanka’s mix of rugged mountain ranges, misty tea plantations and craft culture was the biggest draw. There’s so much more I’d like to see but for a short trip these are my seven highlights:

Although a little longer than the drive this four hour train ride is without a doubt the more scenic option. Twisting around green hillsides with views across the knuckle mountains the tracks gradually take you deep into dense woodland. Leaning out of the windows you can really sense the change in climate as it leads inland from hot and humid to misty and cool while locals wave to passengers as they make their daily commutes along the track side. Not that you’d want to be distracted from the views but they also have films showing in the first class carriage! 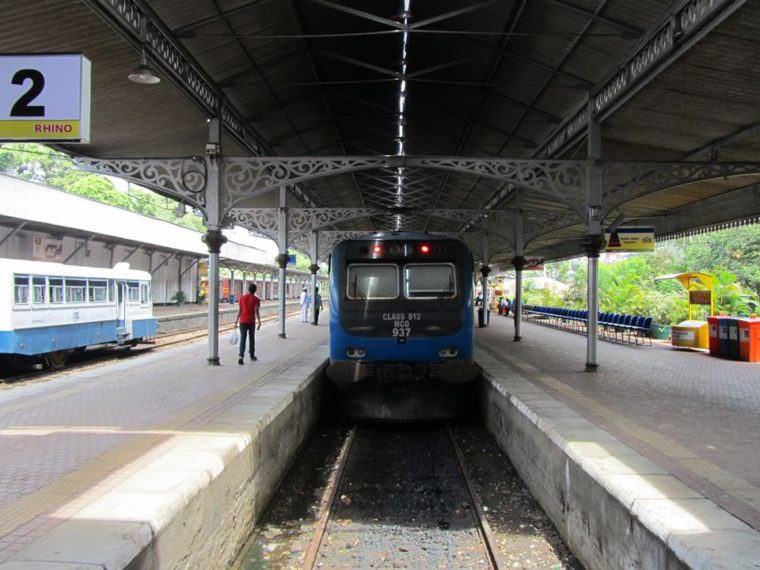 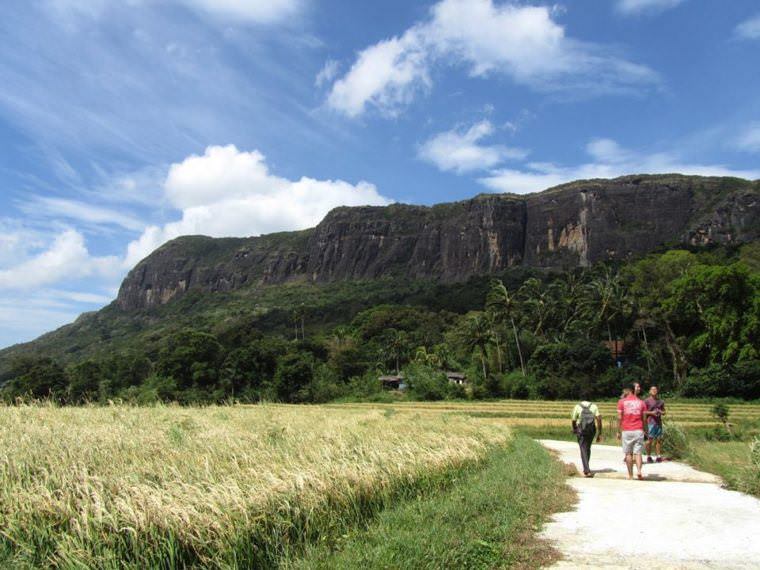 The knuckle mountains are found just south of Kandy city, although the constant traffic can make them seem much further when you eventually reach the foothills it’s a beautiful drive up the twisting roads through rice paddies and tea fields. A short hike takes you across the very windy and exposed hilltops which you follow until the path dips slightly. It is here that you can carefully step out onto a stepped rock platform from which the views of the mountains are endless.

Of the major cities in Sri Lanka Kandy is known as the more relaxed, laid-back one, it’s home to a huge university in beautiful green grounds and much of its culture is centred on traditional crafts and skills. A popular attraction for both visiting Sri Lankans and foreigners alike is a cultural presentation of dance, music and fire performance, in which you are led through a series of dances, each one more colourful, energetic and narrative than the last. After a dizzying display with many costume changes the dancers exit and make way for Kandy’s fire performances. The audience are encouraged to leave their seats and climb onto the stage for a better view as huge torches are consumed before a path of coals are laid out on the floor and lit. Each takes their turn to walk over the hot coals as an amazed audience looks on. 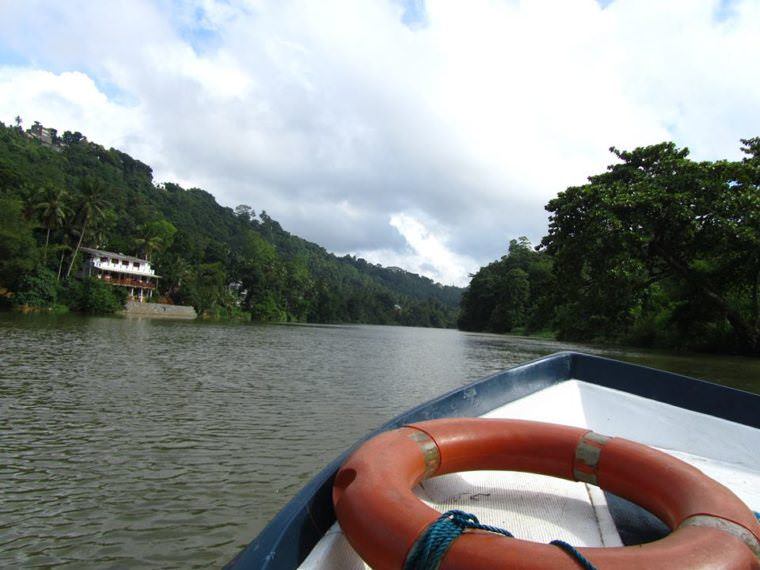 The Great Sandy River, or Mahaweli Ganga as it’s called in Singhalese, is Sri Lanka’s longest at 335 kilometres and covers almost a 5th of the island. It also provides home to much of the diverse wildlife and the stretch alongside Cinnamon Kandy is a perfectly calm one to see it from. Just below the hotel’s riverside pool is a little jetty for their small motorboat used for groups of seven to take gentle trips upstream. The dense greenery either side conceals a world of creatures, keeping your eyes peeled you will make out families of monkeys peering out as they climb through the trees to find tropical fruits. 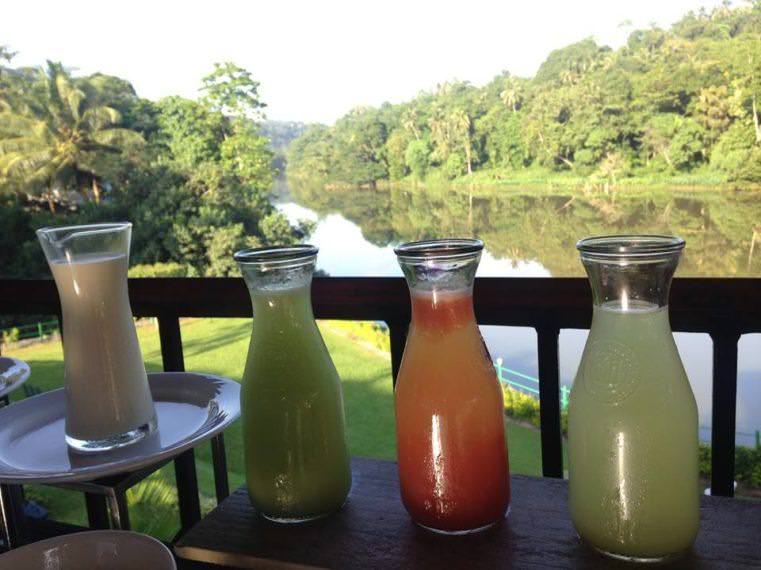 The Mahaweli makes a dramatic backdrop for all meals at Cinnamon Kandy but most of all the champagne breakfast served for specially reserved groups in the sheltered poolside terrace. A small version of the generous buffet is arranged with a little of everything, from fresh fruits, yoghurt, pastries and juices to the traditional Sri Lankan curries while a waiter takes orders for omelettes and the interestingly named ‘hopper’, a kind of crispy domed pancake with a fried egg inside. 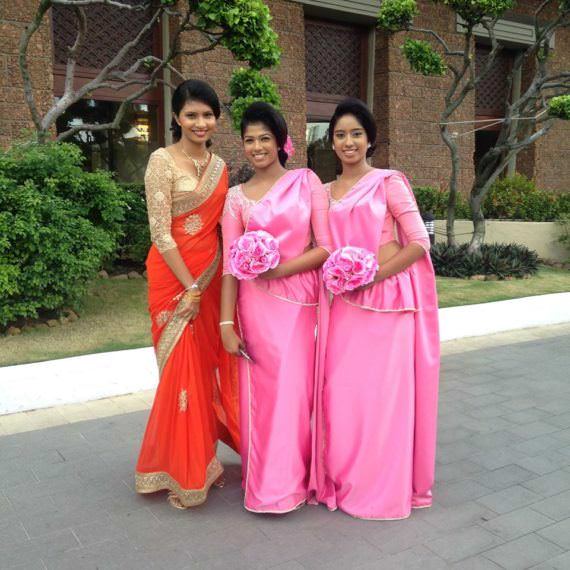 Traditional dress in Sri Lanka varies from place to place from simple, modern and conservative to elaborate and colourful, particularly for weddings and occasions. We were lucky enough to visit Uptown Kandy during the end of our trip in Colombo where we were fitted in the traditional Kandy style dress consisting of a simple short sleeve crop top, underskirt and metres of loosely-woven brightly coloured fabric wrapped, pleated and pinned into place. For men this is slightly simpler with a batik dyed cotton shirt and wrapped skirt on complementary colours, an interesting option for dinner on your last night! 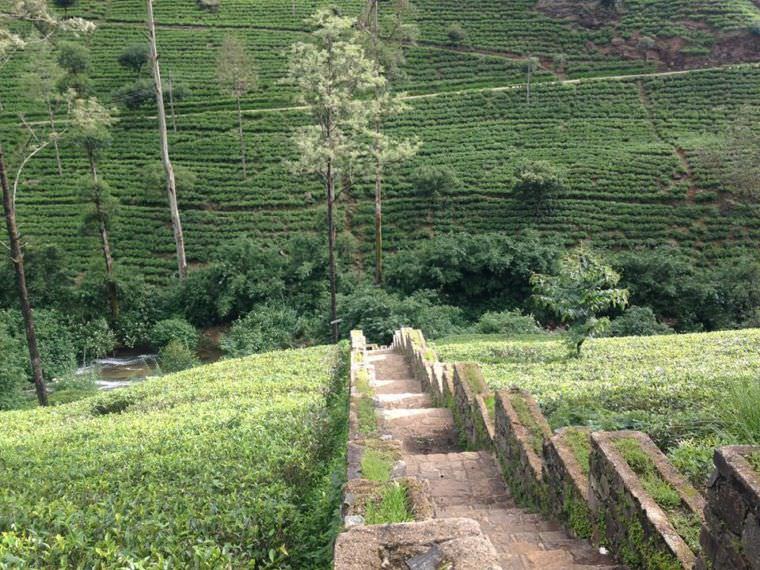 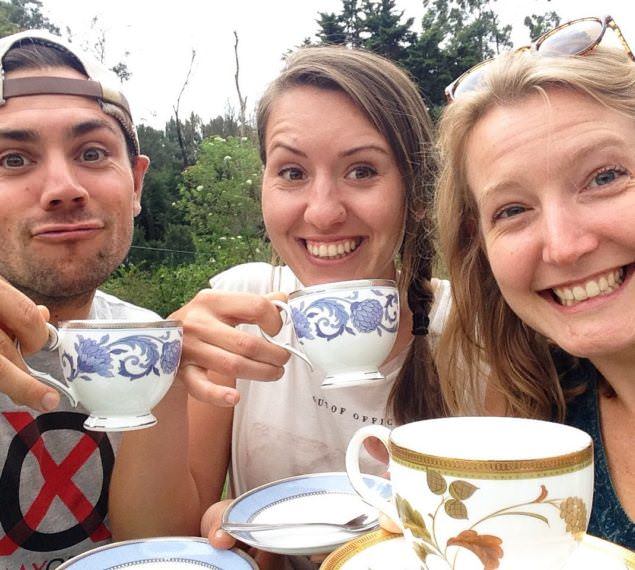 One of the biggest and most well-known plantations is just an hour and a half drive from Nuwaraeliyah where we left the train. Travel sickness tablets might be needed for this journey which takes you continuously circling the hillsides but the views of the dense green fields disappearing into the mist are well worth it. Once there you can stretch your legs and wander through the rows of tea plants before taking a tour of the many processes these leaves go through after 174 years perfecting the balance. The last stop is the café serving cake and freshly brewed tea in china teapots on a pretty terrace looking out over endless acres of sloping fields.