Marine insurance is undoubtedly one of the most conflicting parts of our lives, particularly when it comes to something that is so very important to us, like our precious sailboats. We pay so much for something that we hope we never have to use. In our case, as with many others, our sailboat is also our home and contains everything we own in life! 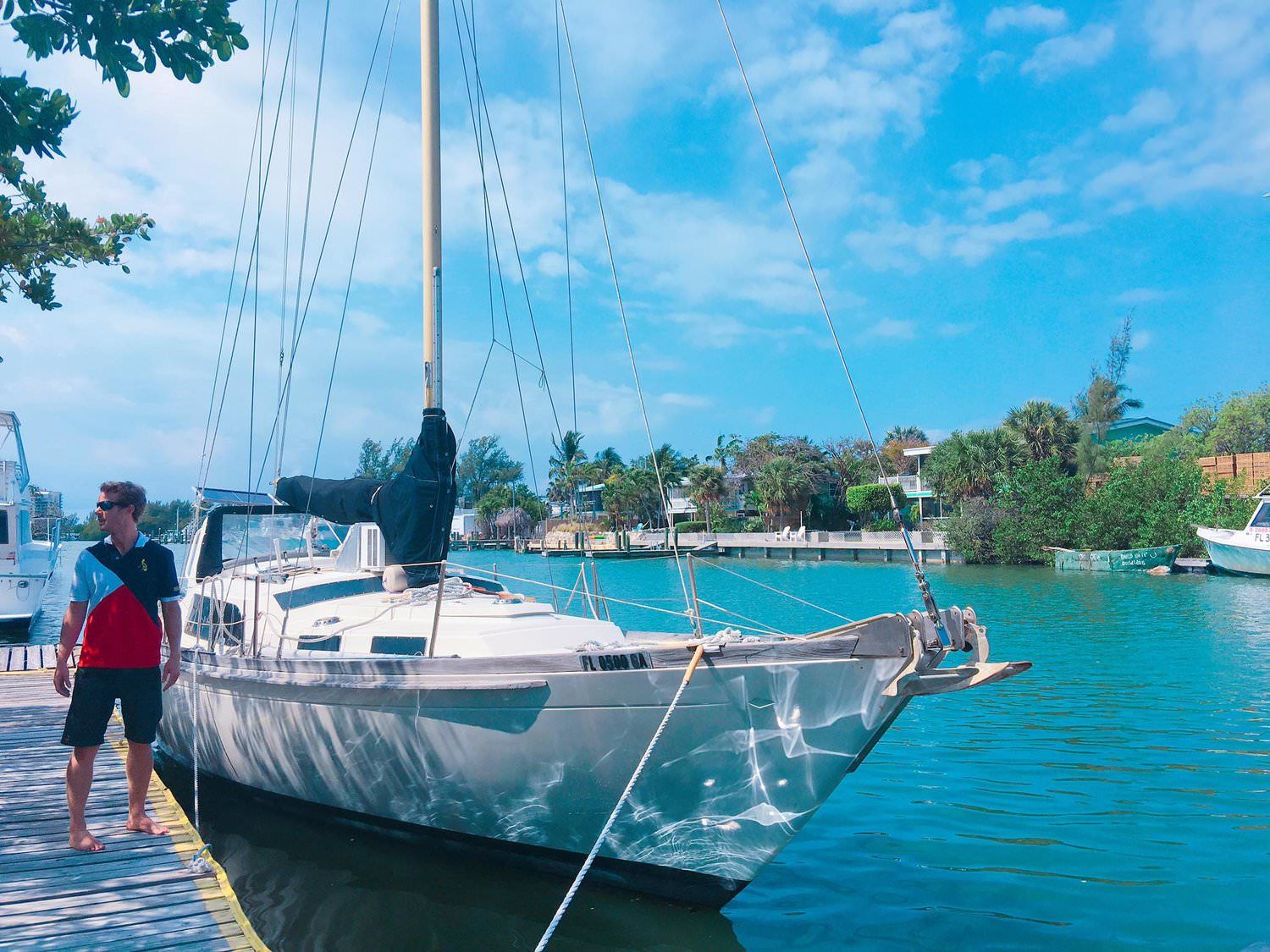 Why do we need marine insurance anyway?

Because it is not mandatory to have full insurance coverage on a boat, or sometimes even liability, it’s easy to consider not having it at all. This was the risk we decided to take when we first purchased Empress back in May 2017, which suddenly didn’t seem like such a clever idea when Hurricane Irma decided to plough straight through our anchorage, decimating 75% of the boats in the process. Having evacuated like almost everyone else, we returned to find Empress still sitting safely on her mooring, right in the middle of the harbor! Although the extra lines and chafing gear had played a big role in keeping her safe, we realised that our escape had been nothing short of miraculous.

We decided then and there that we would not make the same mistake again – we needed to insure our investment – our home!

We researched many marine insurance providers, both in the USA and abroad, and finally decided on Edward William Marine Insurance, based in the United Kingdom and Europe.

The increased cost of US-based insurance policies after all the hurricane damage payouts of 2017, made most of the US providers simply unaffordable. Because Edward William is based in Europe, they were not hit anywhere near as hard and could maintain reasonable pricing.

It had taken us about 8 months of work to refit and upgrade Empress to the standard of safety, comfort, equipment and capability that we were happy with. With that done, we hired a certified marine surveyor to complete a detailed inspection and valuation. We then sent this to the marine insurance company to open an “agreed-valuation marine insurance policy.”

In hindsight, we should have insured the boat from the beginning, then used a survey to increase the agreed valuation after we had finished the refit work.

In our experience, something that seems to put many boat owners off paying for a marine insurance policy is that they feel it’s a false economy to pay the annual premium on an older boat that is worth, for example, less than $50,000. I mean, losing your boat is statically pretty unlikely, right?

That’s exactly what we and most of Boot Key Harbor had thought as well, right up until the world’s biggest ever Atlantic hurricane demolished everything in sight. Many people lost everything they had.

The simple fact is, when it happens, even a $20k or $30k payout is going to help you start over again. 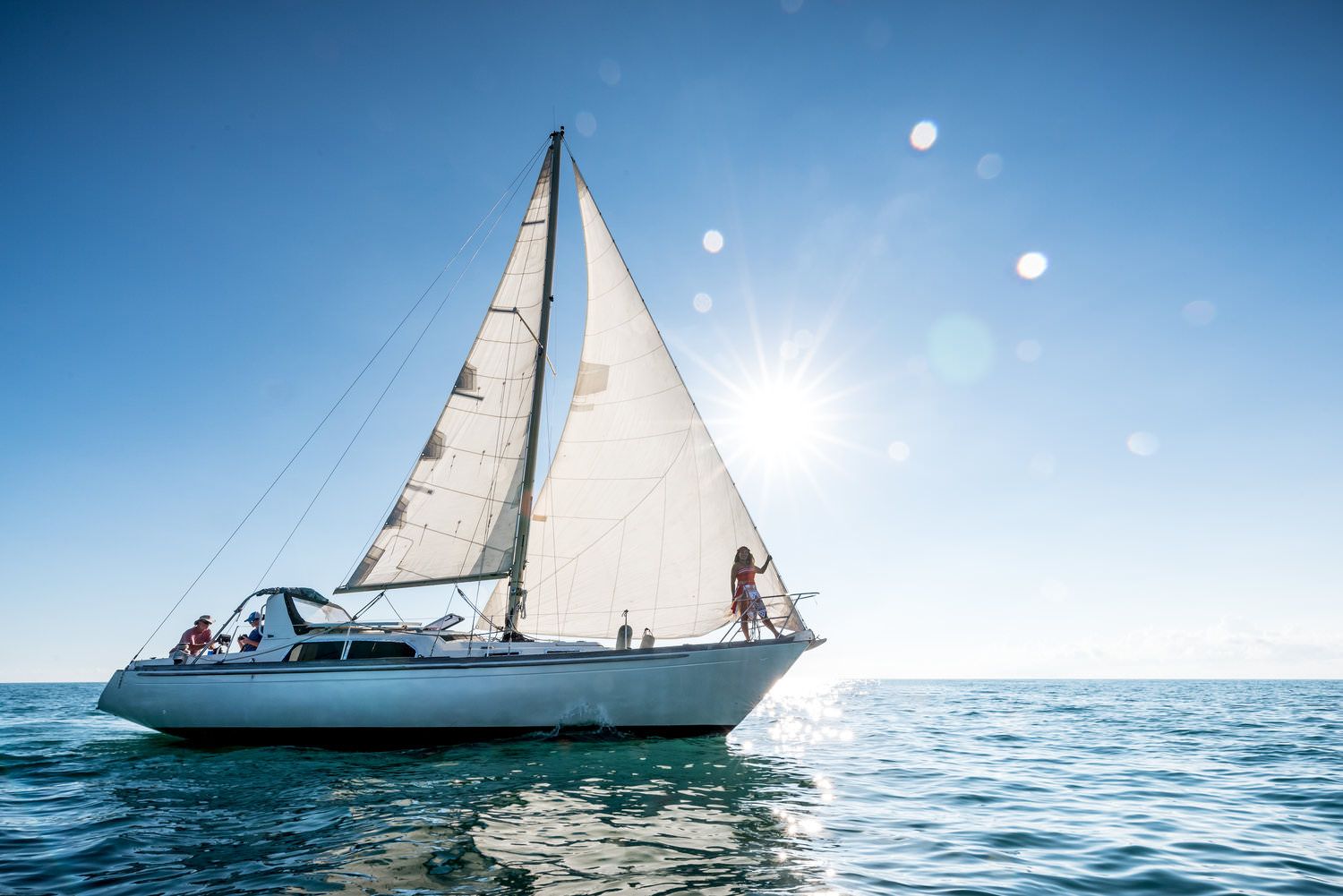 Is boat insurance really worth the cost?

Look at it this way – even if your annual premium is $3000, over 365 days that’s $8.22 per day. People spend more than that per day on coffee. In Boot Key Harbor many would spend twice that on beer every day for years, then they lost their boat without any insurance because it was “too expensive!” We almost did as well.

The cost looks a lot more justifiable when you look at it like that.

Another major benefit of insuring your boat is that marine insurance covers also third-party damage, meaning other boats that you accidental crash into! This is a requirement for most marinas, many of which have a minimum liability insurance amount. Our policy gives us $300,000 in third party liability cover. 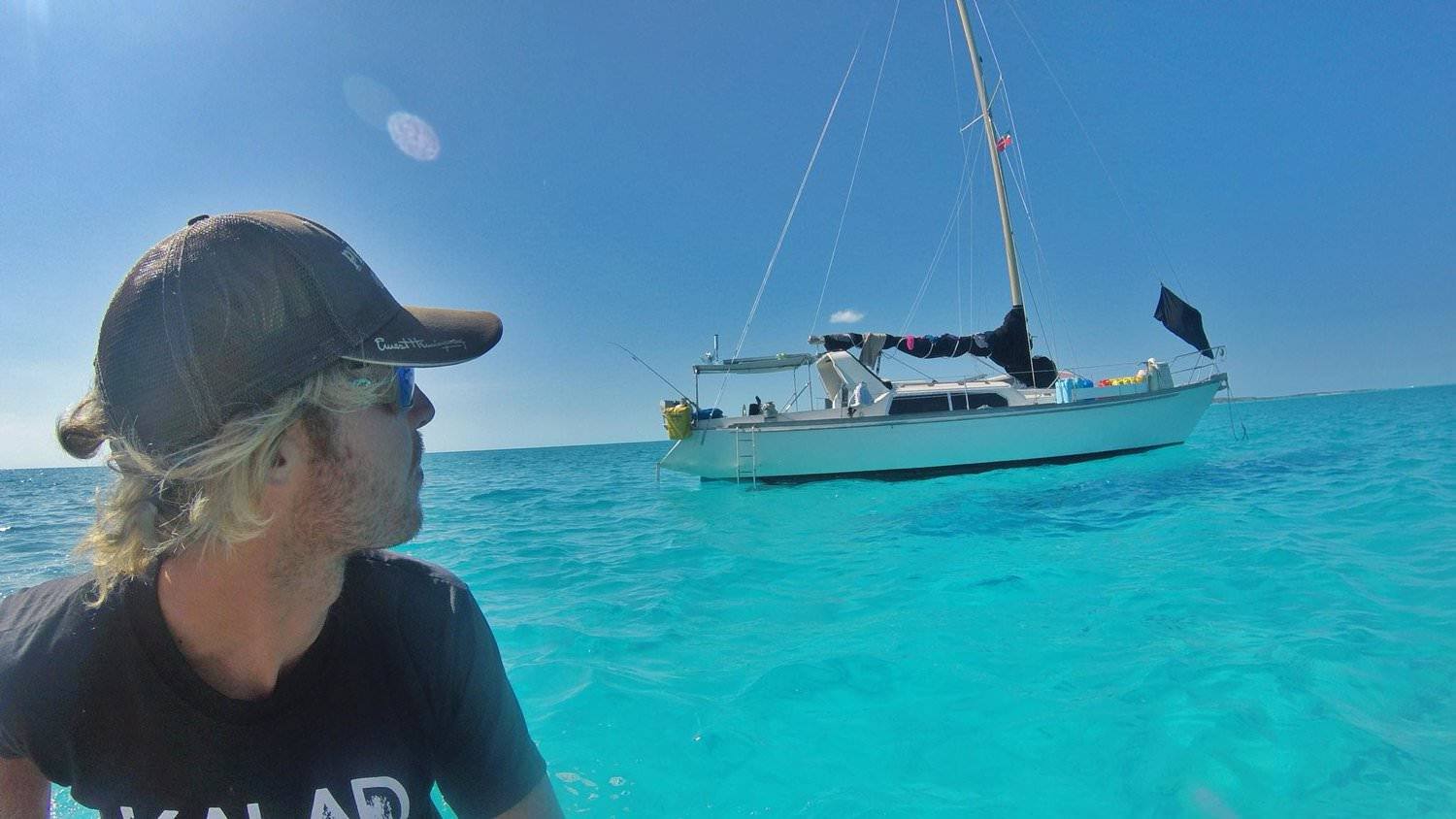 Accidents can happen to good sailors!

We have seen many experienced sailors’ anchor drag after they left their boat because they truly thought their anchor was set correctly. In fact, as I write this I have just returned from helping save a dragging boat, which nearly hit Empress and was then just 20 feet from crashing broadside into several expensive sport-fisher boats in Marina de Salinas here in Puerto Rico. The marina manager and I managed to pull it away from danger and deploy a second anchor that we found on board to hold it until he got back and found his boat wasn’t where he left it!

I want to point out that this guy clearly knew how to set an anchor and he had good ground tackle. Having spoken to him after we helped him re-anchor, it seems like he did everything correctly, but when he backed down and felt the anchor set hard, he was actually getting a “false-positive” and it unstuck when the wind changed by 45 degrees. Perhaps it grabbed a clump of seagrass or hooked a rock. These things happen sometimes!

He was away from the boat at the time and I believe he said he didn’t have insurance either (don’t quote me on that), so that would have been a very bad (expensive and legal) situation for him.

Having gained a lot of experience about the cost of boat repair and maintenance, we feel much more comfortable knowing that we are fully covered. 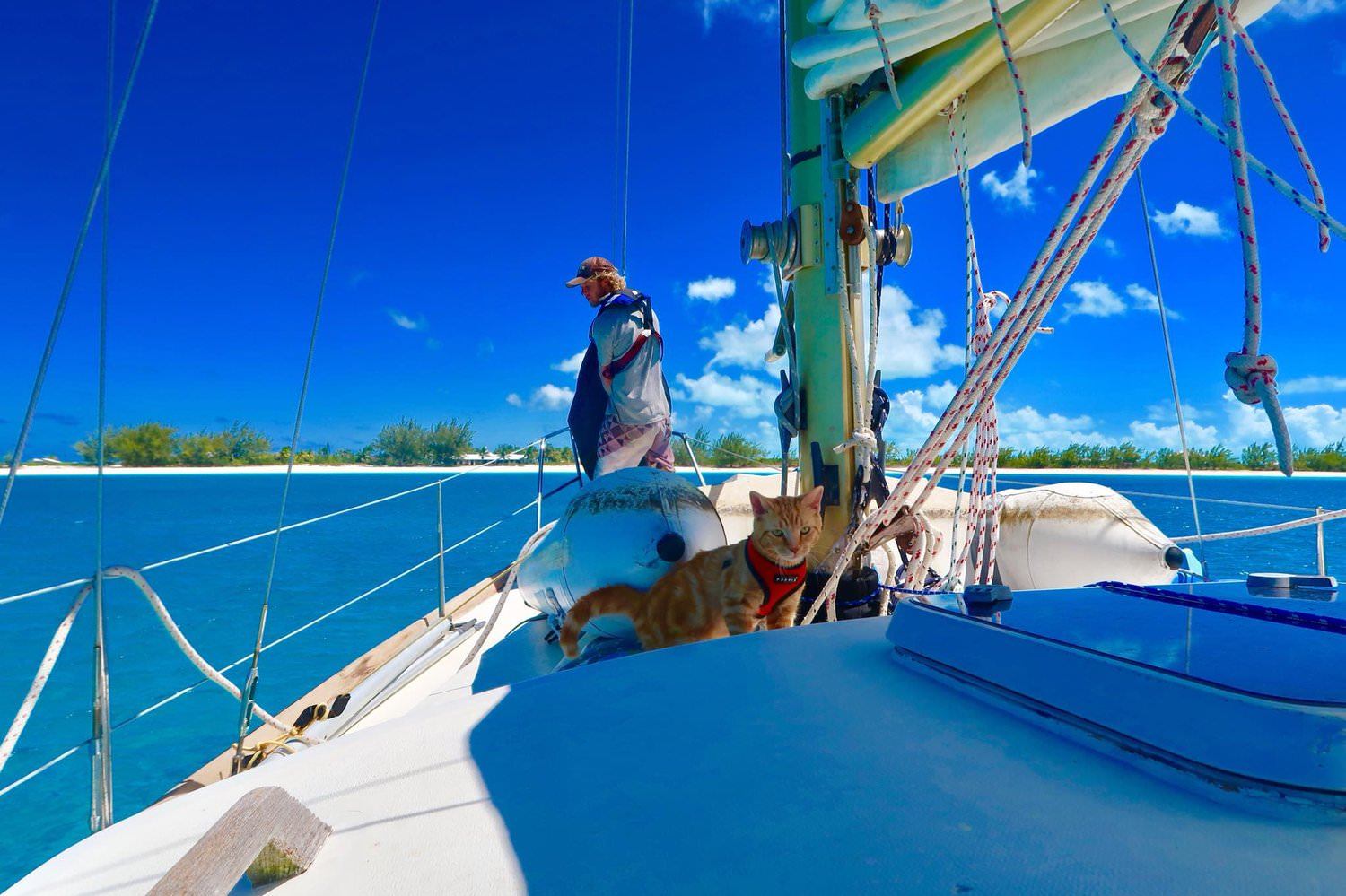 Boat insurance is our last line of defence

Of course, we don’t just rely on our insurance policy instead of taking the proper precautions. We keep Empress in the best condition possible, regardless of cost, because when we are out on the ocean, she is what keeps us safe and alive!

At anchor, we keep all 37 feet and 17,000 lbs of Empress in place with a 35lb Mantus anchor, 150 feet of 5/16 G4 chain, a Mantus swivel and a Mantus Anchor Bridle. Our secondary is a 35lb CQR with 50 feet of chain and 150 feet of nylon rode, while our “OH SHIT” anchor – 65lb Mantus – lives dismantled under the starboard settee berth in case of a really bad storm approaching.

After setting the anchor and steadily backing down on it, we dive it where possible and stay on board on “anchor watch” to observe our full swing pattern and position in relation to other boats. We don’t leave the boat until we have gone through this process. 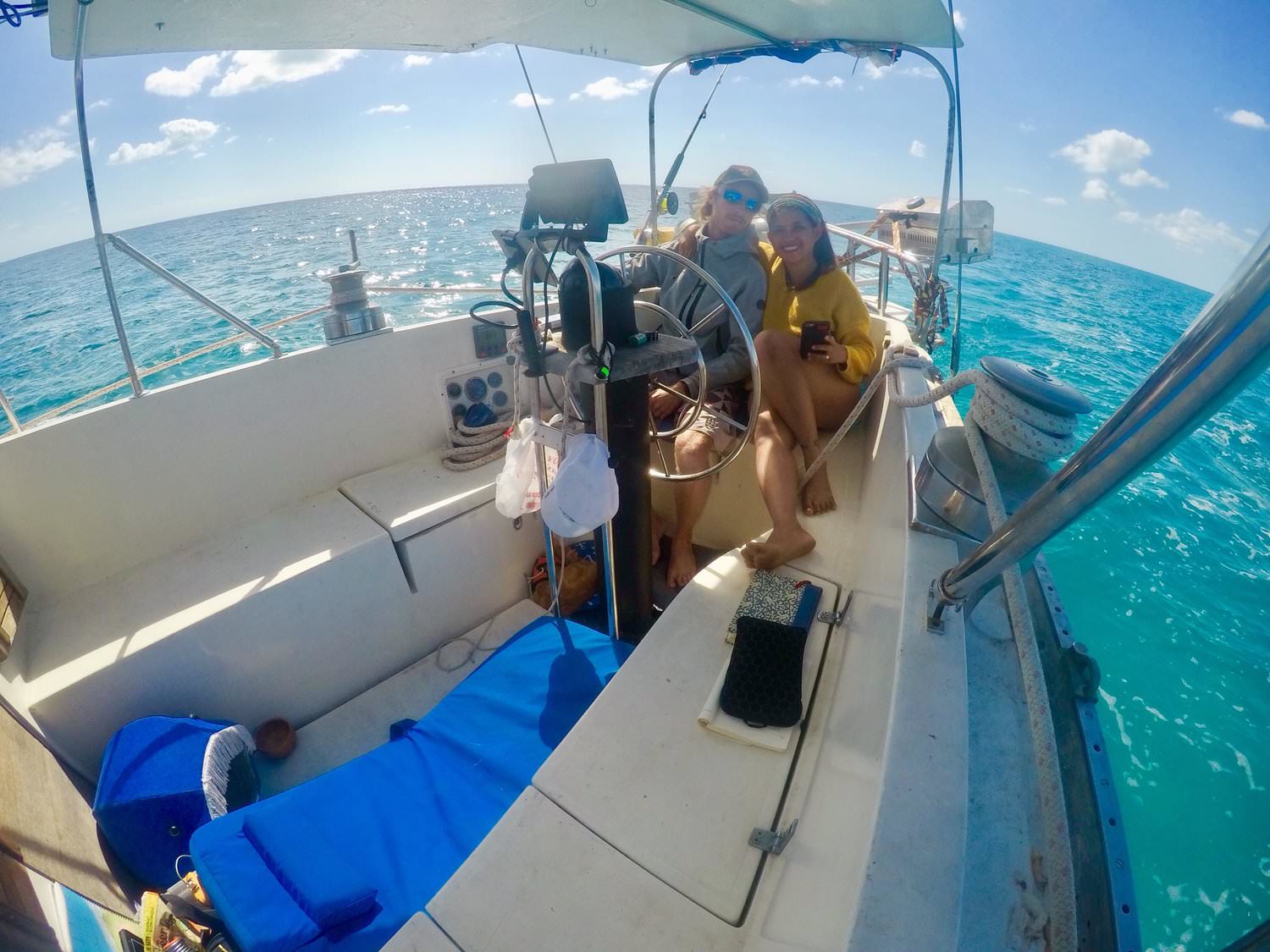 We had many considerations when selecting a marine insurance policy for our sailboat, the biggest of which was cost. It was very quickly clear that US-based insurance companies had covered thousands of the vessels that were lost and damaged in hurricanes Irma and Maria, so their premiums had gone sky-high as a result.

Some good friends of ours on a US-registered boat referred us to Edward William Marine Insurance. Mark and Charlotte, both US citizens and residents, were insured with them during Hurricane Irma, which caused substantial cosmetic damage to their live-aboard sailboat. Based on their first-hand testimony of how well their claim was dealt with and especially the cost of their annual premium, we decided to get a quote from them and start the process of taking out an insurance policy. 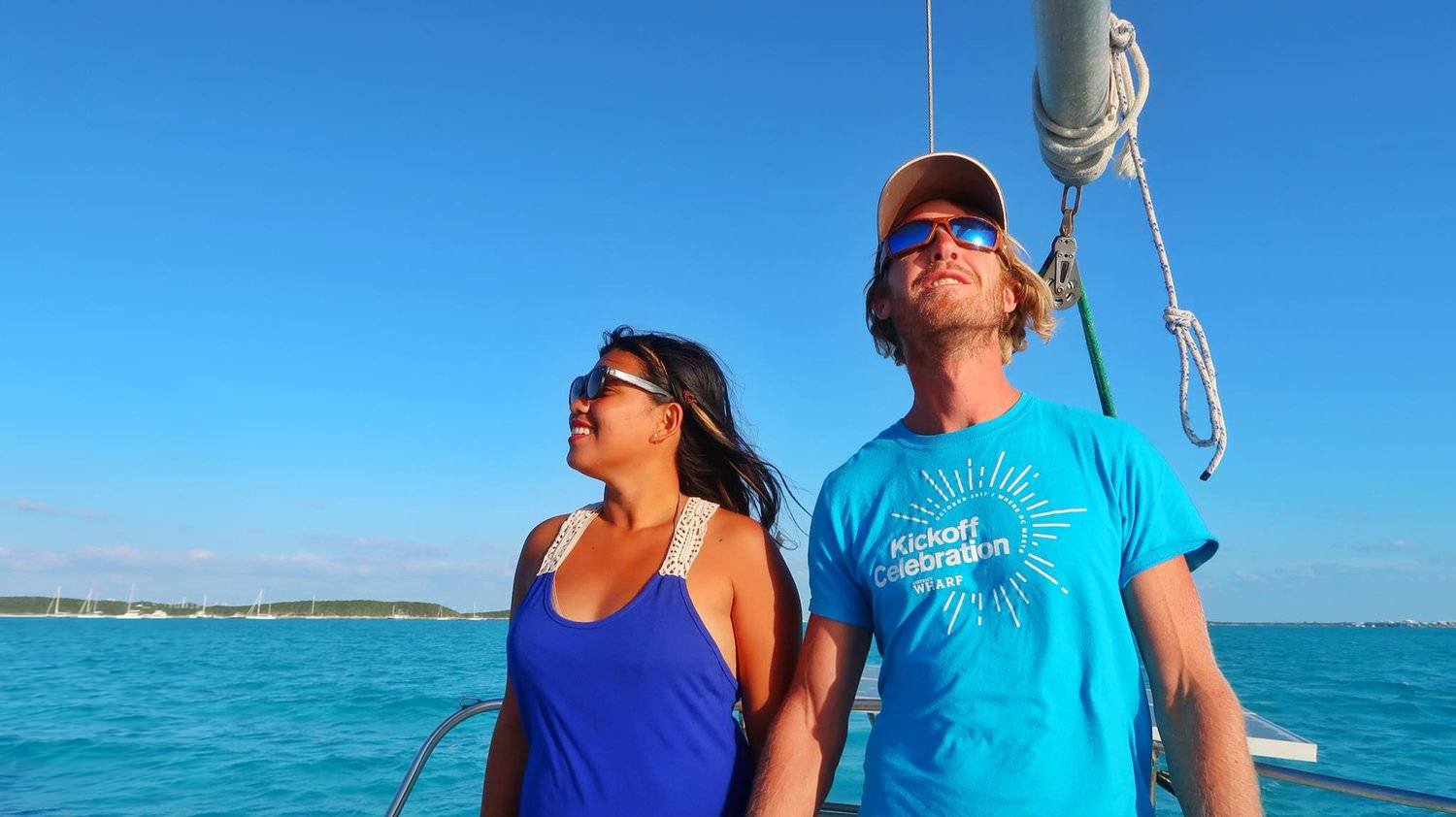 The Process of taking out our sailboat insurance policy

Taking out an insurance policy was really very simple:

It was as easy as that, now we are insured for our agreed amount as per the survey and up to $300,000 of 3rd party liability. It only took a week to arrange everything, which would have been sooner if we had chosen a surveyor more quickly.

We paid around $1700 USD for the first year of our full coverage policy, which was based on the valuation of the boat, our age and experience, qualifications and our planned cruising areas. We found this very reasonable considering we planned to be cruising with the “hurricane belt” during hurricane season, which always adds a significant amount to the cost of a policy. Having seen first-hand what it took for salvage teams, FWC and FEMA to remove hundreds of wrecked vessels from Boot Key Harbor, I can see why!

We are now entering our second year of cruising while being insured by Edward William Marine, enjoying every minute of it and sleeping soundly knowing that such an important part of our lives is protected!

We have now been sailing the Caribbean for almost a year, enjoying every moment whilst feeling secure in the knowledge that such an important part of our life and lifestyle is protected!

You can contact Edward William to get a quotation.

Cambodia Travel Guide – 25 Day Trips you can Do in Cambodia