“Long-term traveling doesn’t have to be a choice between being rich and poor; successful or aimless… Traveling is a lifestyle choice that can be supported in many ways.  With time it can even become what supports you. Your income, your career alternative, your life.” – How to Fund and Sustain a Life of Travel Part 1

In the first part of this article, we’ve mentioned the things we’ve done to earn money since leaving our corporate jobs and up until leaving Vietnam. Here in Part 2, we’ll show you more ways you can keep traveling and still earn money while you do it!

How to Fund and Sustain a Life of Travel

Option 1 – Work THEN Travel – The road most traveled

This is what Jon and I were doing before we met each other and it seems to be the way most travelers start.  He spent six months preparing and saving for his big move to South East Asia.  It’s a lot to ask yourself to stay in a job and a life that you already know you want to leave behind, but booking your flight makes it all the more bearable!  Because of this, he was able to fulfill his dream of traveling around SE Asia (Cambodia-Thailand-Laos-Vietnam) by motorbike with one of his best friends from home, Seb.

I lived and worked in the Middle East for four years, and although I had been traveling short-term from time to time, I knew the time was approaching when I would finally quit for good.  So after four years of full-time corporate work in Kuwait and Kurdistan, Iraq I had enough savings to travel for three months in South East Asia and live in Vietnam for another three months before finally getting a job!

If you’re new to TEFL, then also check out our introduction to teaching English article abroad with TEFL!
Moving around a lot is great, but if you want to get to know a place and its people, nothing beats living there; and there is always work if you know where to look.  After three months of traveling around South East Asia, Jon and Seb’s travel funds were diminishing, and the motorbikes were suffering some serious issues; the main one being that they were shit!  So they set off on the three-day ride from Laos to Hanoi, Vietnam in the hope of finding work.  Luckily they had already prepared for this situation before leaving the UK.  Both had completed a 150 hour TEFL teacher training course so that they could have some income almost anywhere in the world. As things turned out, Hanoi is a heaven for native English speakers looking to make good money. Teaching jobs there pay $20-30 per hour, and living costs are some of the cheapest in the world. Jon landed a job teaching kids for 20 hours a week and rented a huge house with three guys; Seb, the half-French Cumbrian; a mysterious yet disturbing Swede named Martin; and Eachan, a 19-year-old Geordie who realized Vietnam was loads better than the army… It was interesting… 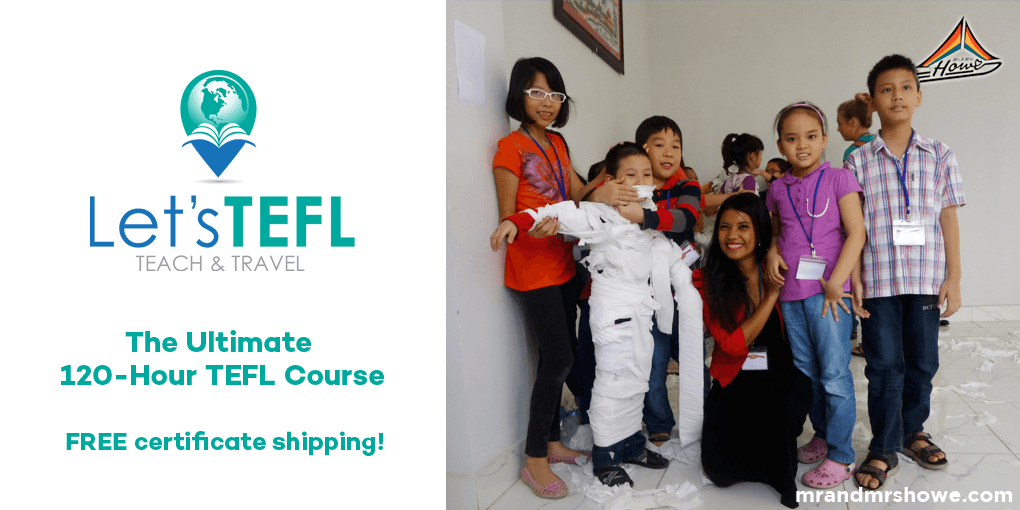 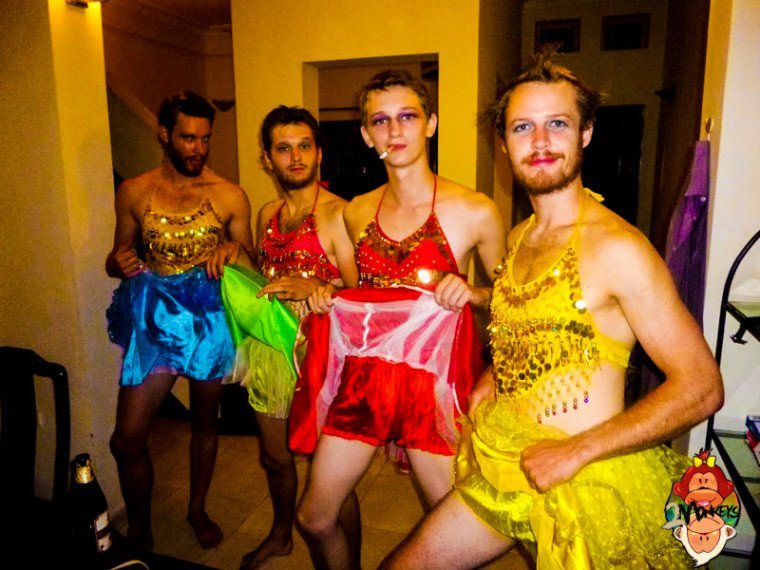 I on the other hand, didn’t have any teaching certificates and wasn’t considered a native speaker in Vietnam, so it took me a few months to find teaching work, but once I landed my first job, the floodgates just opened for me.  Also, since I have a good deal of marketing and administrative experience, I was also able to find freelance work.

Although we both had full-time jobs as well as other part-time jobs to help us save for our next big backpacking adventure through India, we still found time to take short trips away.  In seven months we rode a motorbike around North Vietnam for a week; spent a week in Laos; had a luxury cruise in Halong Bay and even treated ourselves to 4 and 5 Star hotel breaks in Hanoi and Ninh Binh!

By the time we left Hanoi, we had enough savings to travel to Singapore, India, The Maldives, UK and South America over six months.  And we were hardly sticking to a tight budget – the odd 5-star hotel managed to sneak itself into our India trip!

While living the expat life in Vietnam was an amazing (and quite profitable!) we both knew that to achieve that next level of financial freedom and mobility we needed to invest in some new skills that allowed us to work on the move.

Of course, this would have had to be something we enjoyed and at the same time a solid source of income to top up our pockets now and then

I had practiced Yoga in the Middle East and later completed a month long intensive Tantra Yoga course in Thailand, while Jon had practiced Tai Chi in the UK and Yoga in Hanoi.  Our decision to become qualified Yoga teachers was the main motivation to travel to India, where we studied traditional Tantra Yoga with Shri Kali Ashram in South Goa.

Towards the end of our India trip, we also visited Rishikesh in the North West, where we found Dr. Vinod Kumar, qualified Doctor (MD), Ayurvedic Doctor and founder of the Ayuskama center, where we studied to become Ayurveda Massage Therapists.  Between us, we specialize in Marma Point therapy, Pre and Post Natal and Childcare massage therapy.

With these new skills, we could now be truly mobile, practicing our interests and passions while funding our travels around the world.

Option 4 – Volunteering and Work Exchange – Stretch your budget…and your travels.

You won’t be able to save money or even earn it through this route, but you can extend your budget, and consequently your travels, by working a few hours a day in exchange for your bed and at least one meal a day.  This is most often in hostels, but you can also find more interesting jobs with eco-projects or charitable organizations.

We have both volunteered to teach English in Cambodia and Laos, and I worked at a hostel in Koh Pah Ngan, Thailand.  We also worked 4 hours a night at a beach restaurant in India for two meals a day and worked at a hostel in Ollantaytambo, Peru for a month so we could learn Spanish and visit Machu Picchu.  We also used this as an opportunity to meet massage clients and host Yoga classes!

However, BEWARE of anyone asking you to pay any fee to volunteer.  We don’t believe in paying to donate our time, effort and skills to a good cause, but volunteer work has become so popular and accessible (thanks, the internet!) that many have taken advantage by charging extortionate fees for a ‘rewarding experience.’  Unfortunately, it’s quite common for very little of this money to go to the people who need it.

Flytographer – Capture Every Moment Professionally Wherever You Are!

Career or Travel, Why Not Build Your Career While Travelling?

6 Signs That You’re in a Long-Term Relationship with a Filipina! (By a converted Englishman)