Belgium is a country a lot of people simply pass through or, when they do visit, they tend to stick to the two B’s: Brussels and Bruges. Here are Things to Do in Belgium that you must not miss!

1. The official languages are French, Dutch and German, but English will do

The language situation in Belgium is complicated and it is true that there are people who’s native language is French and who refuse to speak Dutch when a Dutch speaking person visits the French speaking part of the country and vice versa. However, in general we quickly adapt when we hear someone doesn’t speak our language, especially when we notice the person is visiting from abroad. I’ve even heard expats complain that they can’t learn Dutch or French because we always immediately switch to English (sorry about that).

2. Not all Belgian chocolate are good

I know this might come as a shock, but not all Belgian chocolate is good. Most of it is, but just like with any product, we also have cheap mass produced chocolate bars that sell for €0,30 in the supermarket. You can pretty much be sure that those won’t be that great. If you want to properly experience Belgian chocolate it’s imperative that you go get some from a real chocolatier. Can’t find one? Bakers sometimes sell chocolate from real chocolatiers as well and in the supermarket you can’t go wrong when you buy Côte d’Or. It’s the brand with the elephant. Take the milk chocolate with nuts bar. You won’t regret it. But I digress.

If you’re someone who likes to check off UNESCO sites, Belgium might be interesting for you. Officially we only have 11 UNESCO World Heritage Sites, but in fact we have many more. That’s because the 32 belfries of Belgium are counted as just one UNESCO site. Will you attempt to see them all?

Related Article: Looking for affordable accommodation? Check out our Agoda for great deals.

4. Ghent is better than Bruges

There, I’ve said it. I like the city of Ghent better than Bruges. Don’t get me wrong – I like Bruges as well, but Ghent is more lively, more real. The historical center of Bruges could be the scene of a fairytale, but it’s also quite touristy and when you leave the historical center there really isn’t that much to see. In Ghent, however, there’s something cool around every corner. This city is the perfect mix of historical buildings, great museums, delicious restaurants, reviving coffee shops, edgy street art and more. My recommendation? Spend two nights in Ghent and make a day trip to Bruges from there, it isn’t that far by train.

I’d rather warn you so that you don’t get your hopes up. There are plenty of people who fall in love with Brussels, but there are just as many who despise the city after a first visit. It’s important to know that, even though there’s tons to see and do as a visitor, Brussels is first of all a city that people live and work in. It’s also a city consisting of several sometimes very distinct neighborhoods which makes it hard to love as a whole. When you come visit (and you should), make sure to do your research. There’s really something for everyone in Brussels, but it’s not always as easy to find as it might be in other cities.

6. We are the country of music festivals

In a few years time, Tomorrowland has grown to be a worldwide phenomenon, but Belgium was already ruling the festival landscape way before that. It starts in spring and ends in fall, but summer is when things get really crazy. In July and August you can usually choose between at least three different festivals every weekend. Every itself respecting city or town seems to have one and a besides from the really big ones, a lot of them are free.

7. We might live next to the Germans, but our transportation system doesn’t reflect that

A lot of people seem to think that because of our proximity to Germany, their efficiency reflects on us. It doesn’t and that clearly shows when you make use of public transportation here. There’s plenty of it – you can take buses, trains and trams everywhere – but it often runs late and the national railroad company NMBS is notorious for its strikes. I don’t want to scare you off and you probably won’t even have to deal with it if you’re only visiting for a short time. It’s just something to take into account.

8. It can be any kind of weather all year through

I’m sure you’re not expecting tropical temperatures when you book a trip to Belgium, but it’s still good to know that the weather here is never predictable. It can be 12°C in January, freezing in March, 25°C in May and 17°C and raining in July. You just never know. Best is to pack some layers and always bring a rain jacket or umbrella. You’ll see: if you bring it, you won’t need it, but if you don’t…

9. Leuven is not the same city as Louvain-la-Neuve

I couldn’t leave my hometown out of this list, now could I? Over the years I’ve welcomed several travelers to my hometown Leuven and more than once have they told me that they’d almost taken the wrong train or that they couldn’t find information on the sights and activities in Leuven because they’d thought it to be the same city as Louvain-la-Neuve. So let me briefly explain: The University of Leuven used to consist of a Dutch speaking and a French speaking part. When the language barrier was determined in 1962, Leuven officially became Dutch speaking and so more and more people thought the university should be strictly Dutch speaking as well. This discussion escalated and turned into a national problem too complicated to explain here, but one of the results was that the university was split in two and the French part moved to Louvain-la-Neuve (“New Leuven”), which was founded especially for that purpose.

Wow, that was a serious note to end on, wasn’t it? I do hope that this first-timer guide to Belgium has given you a better idea of our country and some useful tips to plan your own trip here. There’s so much to see and do that it would be a shame not to come. 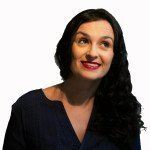 Sofie is a freelance writer, translator and travel blogger who takes people with her on her travels in Belgium and beyond. Her blog Wonderful Wanderings focuses both on the must-sees and daily life, on the big attractions and the places you’d never find by yourself. You can connect with Sofie on Facebook and Instagram.

Motorbike Trip Across Cambodia and Thailand