I do love crossing borders, I traveled the Pancake trail of South East Asia and most of them were by land which is mostly by crossing borders. After my dramatic border entry experience in Nicaragua, I was a little bit hesitant of traveling by bus again to Panama but my $92 bus is cheaper than a $300 one way flight ticket.

Instead of taking the cheap chicken bus,  I decided to book a bus ticket from Nicaragua to Panama with Tica Bus which cost me an overpriced rate of $92. The bus started from Managua but I was picked up in Rivas then the Penas Blancas border. 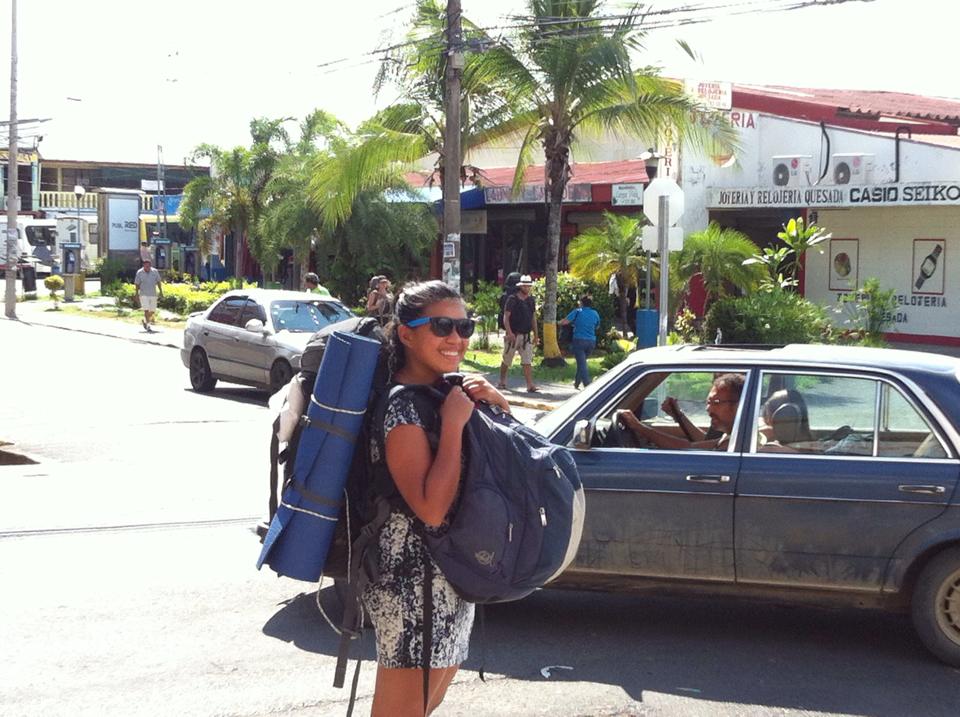 This Tica bus company will handle your exit stamp in Nicaragua, instead of paying the $4 exit fee, they’ll charge you $5 which I don’t know why! We just waited for 30 minutes before moving to the Costa Rica border. I hope someone will report about this thing that Tica bus is doing to their passengers or maybe they think it’s a hassle-free but getting extra money from passengers is fine. Also, there’s no scanning machine for your bags in the Nicaragua border, they won’t even ask you to get your bag out from the bus unless the customs official will ask you which happened upon entering Nicaragua.

From the Penas Blancas border, it’s another 5 minutes by bus to the Costa Rican immigration office, we’ve met a lot of other backpackers on DIY and just taking public transportation- way cheaper!

To enter Costa Rica is quite easy, we just unloaded all of our luggage and carried it, fill out the entry immigration form and then the stamp. Your bag will be scanned by the customs and that’s it!

Before getting into the bus, they’ll ask you to pay $9 for the exit fee of Costa Rica (should be $7 for Costa Rica, $2 for Tica bus processing fee). We left San Jose around 1 am and finally arrived at the border around 6 am (7 am Panama time), the guy stamped my passport and we then walked for 5 minutes to reach the immigration office of Panama. 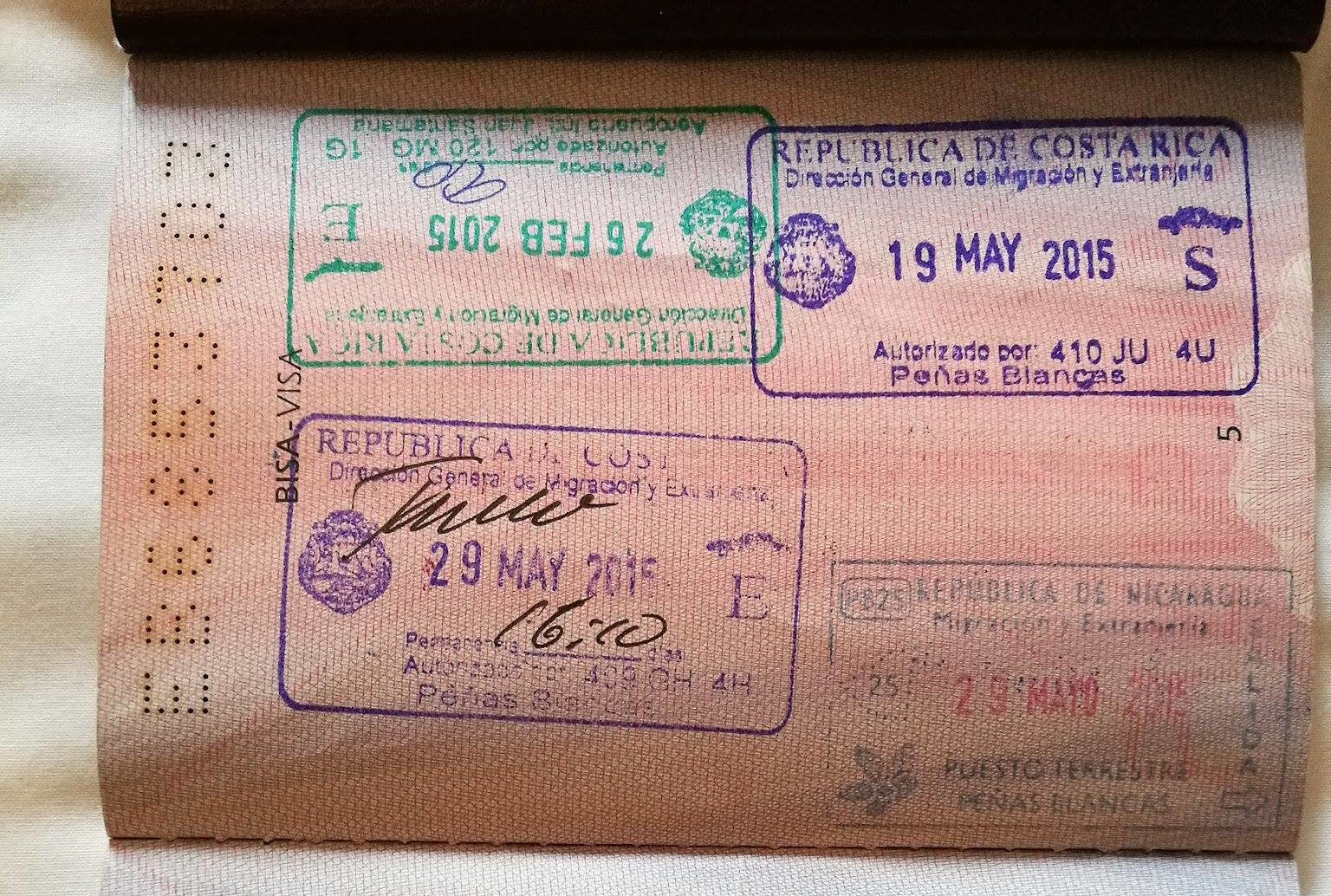 There’s this small town between Costa Rica and Panama which is the alike tax-free town, not claimed by Costa Rica nor Panama. Shopping there is way cheaper because no one is regulating it. The weird part is that 2 or 3 guys at the security border just put a sticker on my passport and asked me to pay $1, I’ve told them I won’t pay but they’ve told you can’t enter. Such a weird experience! Since I was having a problem with my right ankle and having a hard time walking, I just decided not to argue and just pay.

Having a Philippines passport, I needed to have a visa to enter Panama so 2 weeks before leaving Costa Rica for Nicaragua, I applied for my Tourist visa in the Panamanian Consulate in Costa Rica. I had to pay $85 after a few minutes of questioning and then waited for 30 minutes to get my passport with Panama visa. So, aside from my passport with a valid visa, I had to show a flight ticket showing that I will be leaving Panama on a certain date. Jonathan and I are planning to sail from Panama to Colombia so we decided to print a refundable ticket to show at the Immigration. 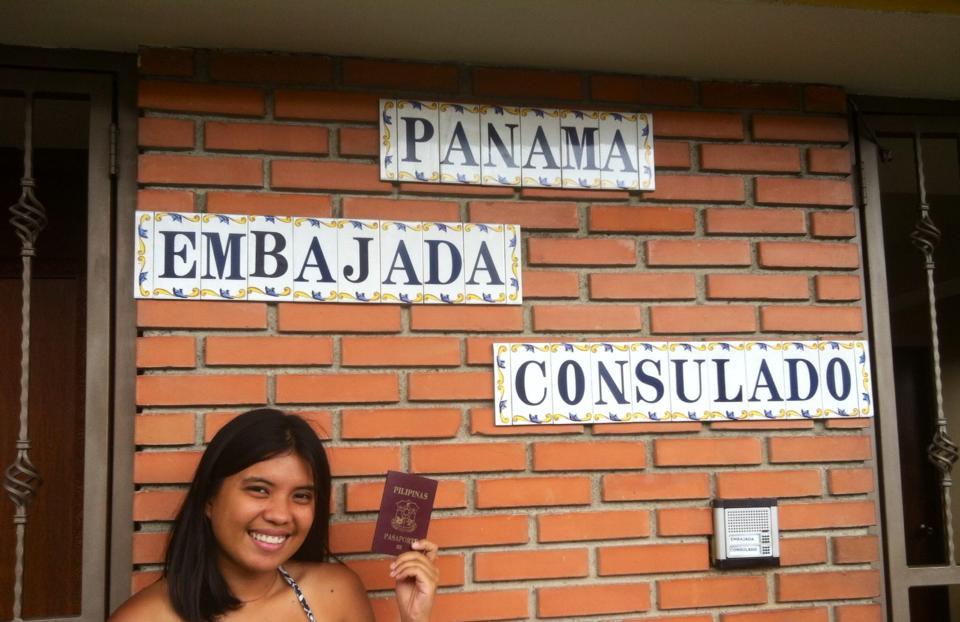 The customs official here is quite different, they asked all of the bus passengers to go inside the room, filled up the form at the same time and asked us to submit it one by one, they also don’t have a scanner machine, so you have to open your bag and show them you don’t have any illegal stuff in your bag! 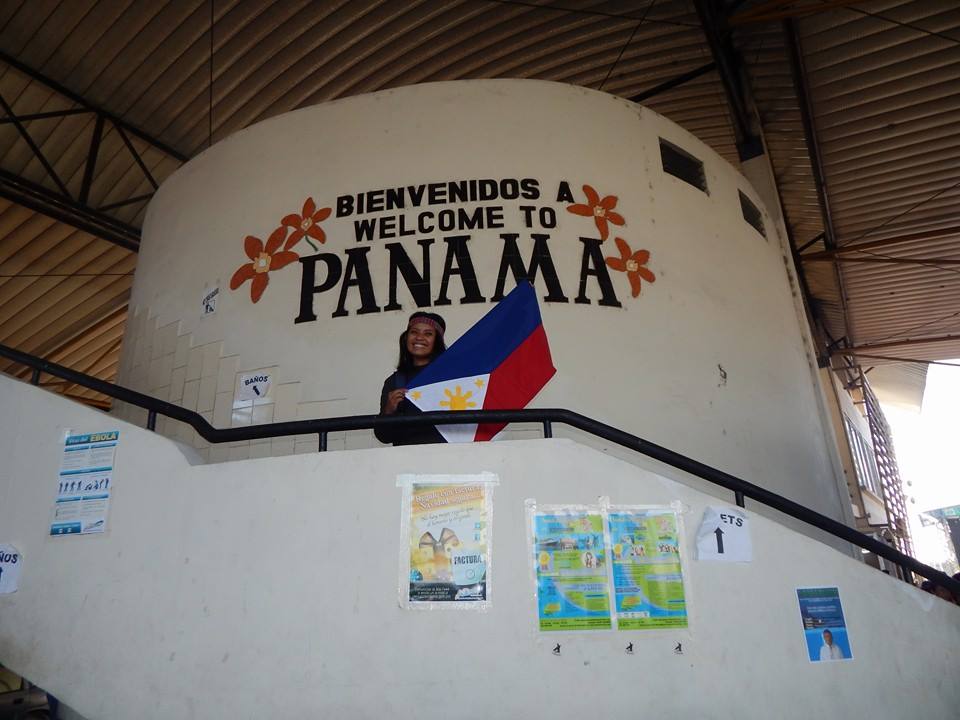 From the border, it was another 7 hours journey until we reached Panama City!

10 Best Things To Do in Alonnisos, Greece [with Suggested Tours]

10 Best Things To Do in Chios, Greece [with Suggested Tour]