Travel jigsaw puzzles are the new-old way to travel the world. Keep your mind travelling, even if you can’t!

The Coronavirus Pandemic has changed the world of travel for the foreseeable future, possibly forever. After more than 50 years of experiencing a steadily expanding world open up for visitors to travel across its borders at their leisure, we are now relegated to watching the world we know close down from behind our screens.

However, that’s no reason to dismay and give up on our fascination for seeing the world. We simply have to remember all the ways that we used to feed our curiosity before we were able to travel where we wanted, whenever we wanted! Travel jigsaw puzzles used to be one of the most popular toys and gifts in the shops, because they were challenging and exciting, with a great reward at the end – exactly how traveling the world should be!

The 7 Wonders of the World are high on the list for many travellers, giving us some amazing destinations and experiences to aspire to. That’s why we’ve put together these great lists of Travel Jigsaw Puzzles, so you can still experience the world from your home! 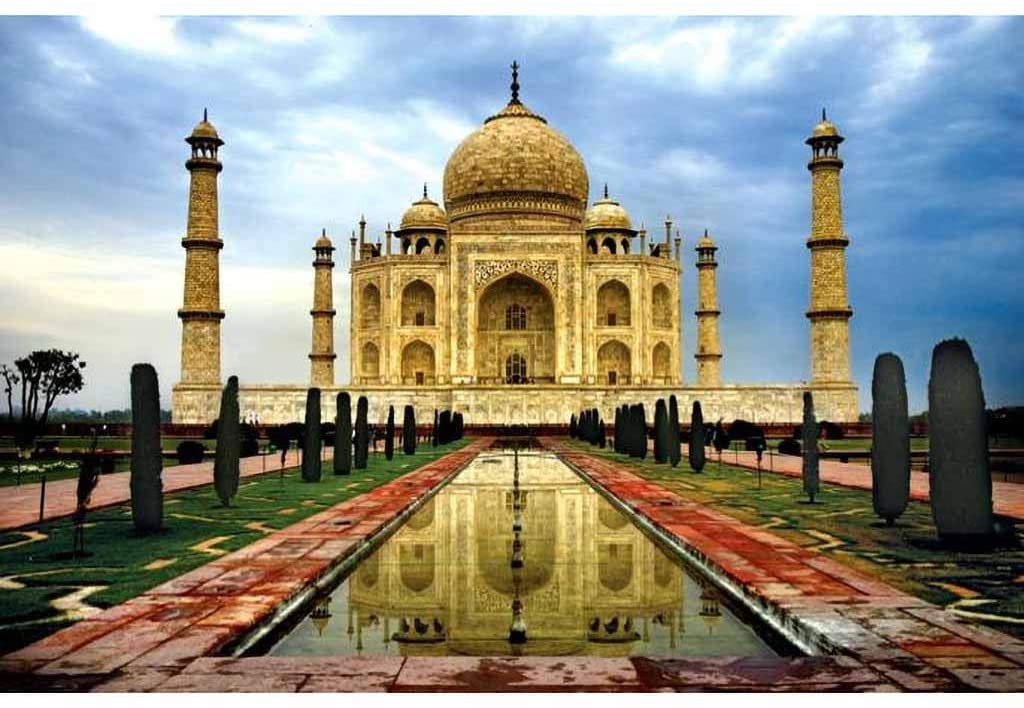 Renowned around the world for its beautiful architecture, its fantastic love story and of course its historic significance, the Taj Mahal is a dream destination for many. Built in the historic city of Agra in 1632, it is said to be a dedication to Mumtaz Mahal, the beloved wife of Mughal Emperor Shah Jahan. He built it to house her tomb as a testament of his love for her. With between 7 and 8 million annual visitors, this UNESCO World Heritage Site is one of the most visited in the world.

Now you can build your own Taj Mahal with this travel jigsaw puzzle and travel there every time you look at the wall! 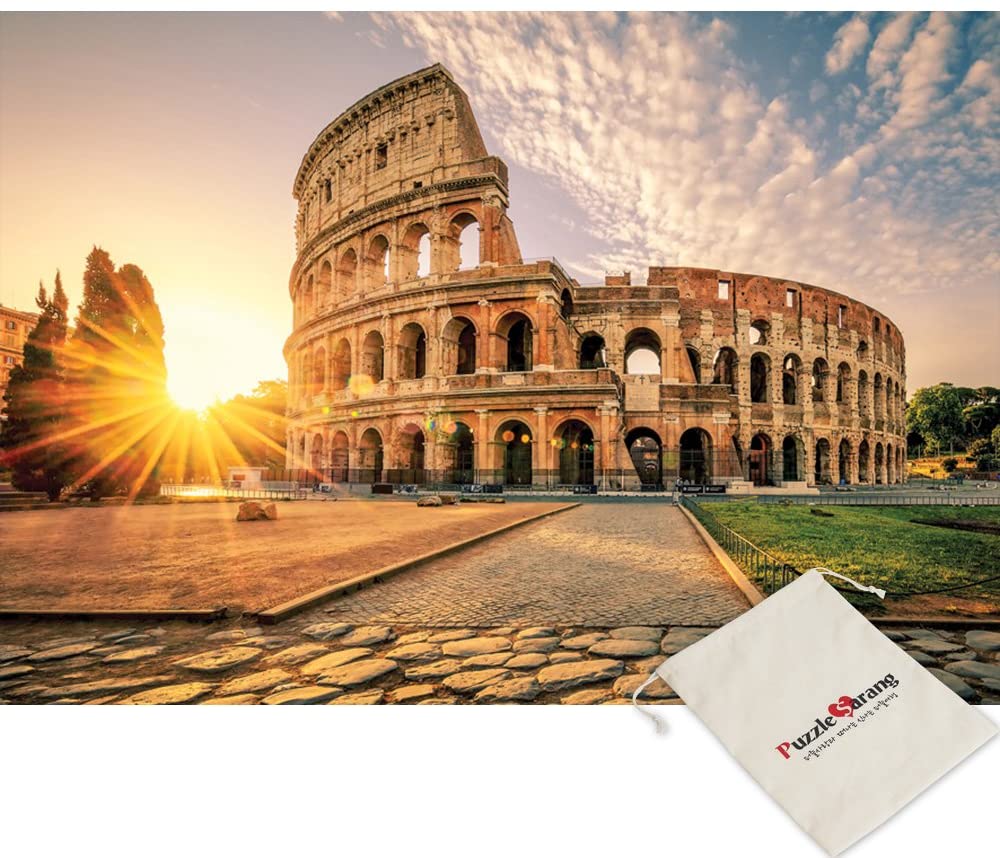 As the largest amphitheatre in the world, the Colosseum in Rome is one of the most popular new wonders of the world. Although construction began in AD72, it wouldn’t be completed until AD80, still an impressive feat of engineering in those times. Even today, it stands as the world’s largest amphitheatre. Many public shows and dramatic reenactments were held here to entertain the 80,000 spectators it had capacity for. As well as the gladiator battles that ancient Rome is famous for, there also would have been mock battles, executions and live dramas here.

Now you can put your own stamp on a piece of ancient Rome with a travel jigsaw puzzle of this ancient colosseum! 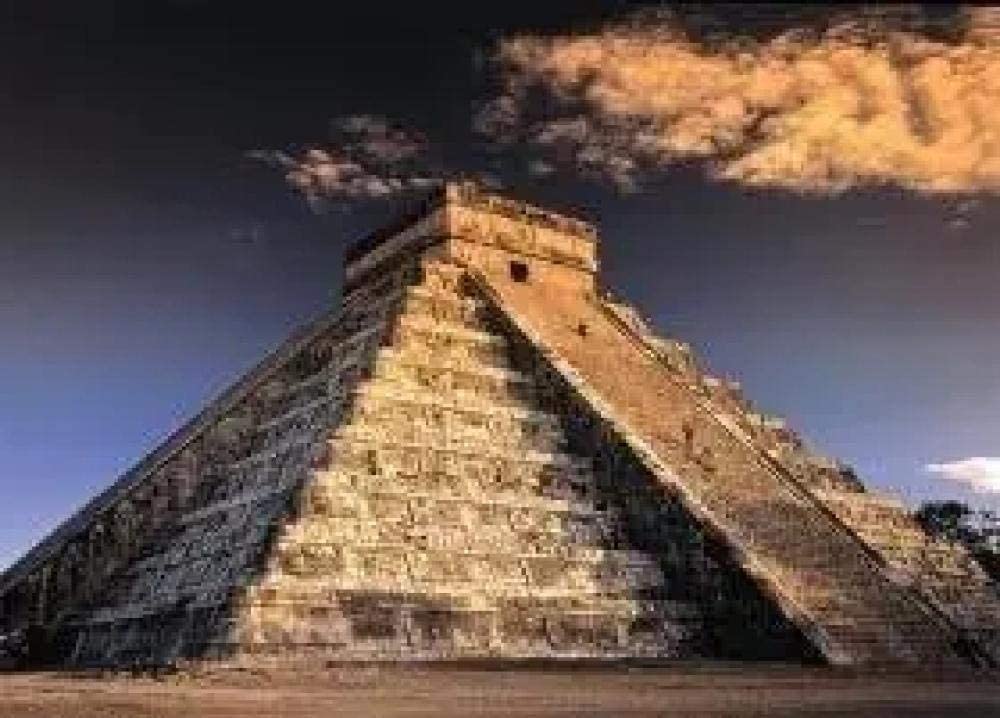 Chichen Itza is one of the most historically important archaeological sites in pre-Columbian Mexico. Built by the Maya people of what is now the Yucatán State of Mexico, it is thought to have constituted one of their most important cities. Until you can wander the ancient stones yourself, build your own travel jigsaw Chichen Itza pyramid instead to keep feeding your imagination! 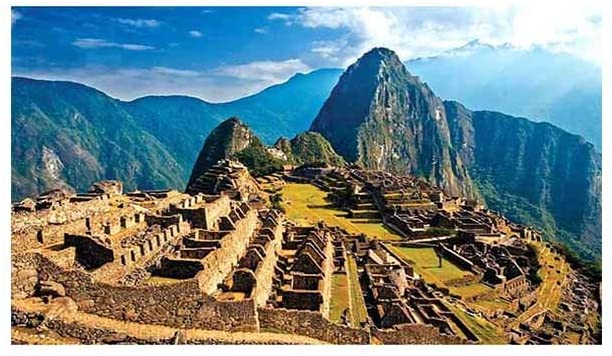 Machu Picchu is a true city in the clouds, built sometime around 1450 AD by an Incan Emperor. Unfortunately the city was abandoned as part of the Spanish invasion which destroyed much of the Incan and Quechua culture. To this day, Machu Picchu has been visited my millions of people every year fro all over the world. During these strange times however, this archaeological site is experiencing an unprecedented yet much-needed rest! The only way for any of us to enjoy this incredible place is in our imaginations, or with a Machu Picchu travel jigsaw puzzle!

The 98 foot tall Christ the Redeemer statue stands as an iconic symbol overlooking the thriving city of Rio de Janeiro from the equally majestic Corcovado mountain. Completed in 1931, the face of this Art Deco monument was carved out by the Romanian sculptor, Gheorghe Leonida while the statue itself was built was French sculptor Paul Landowski. The viewing platform at the base of the statue is usually crowded with visitors jostling for position to grab a souvenir photo. A far more peaceful way to visit Christ the Redeemer is through a travel jigsaw puzzle, which you can look at any time you want to! 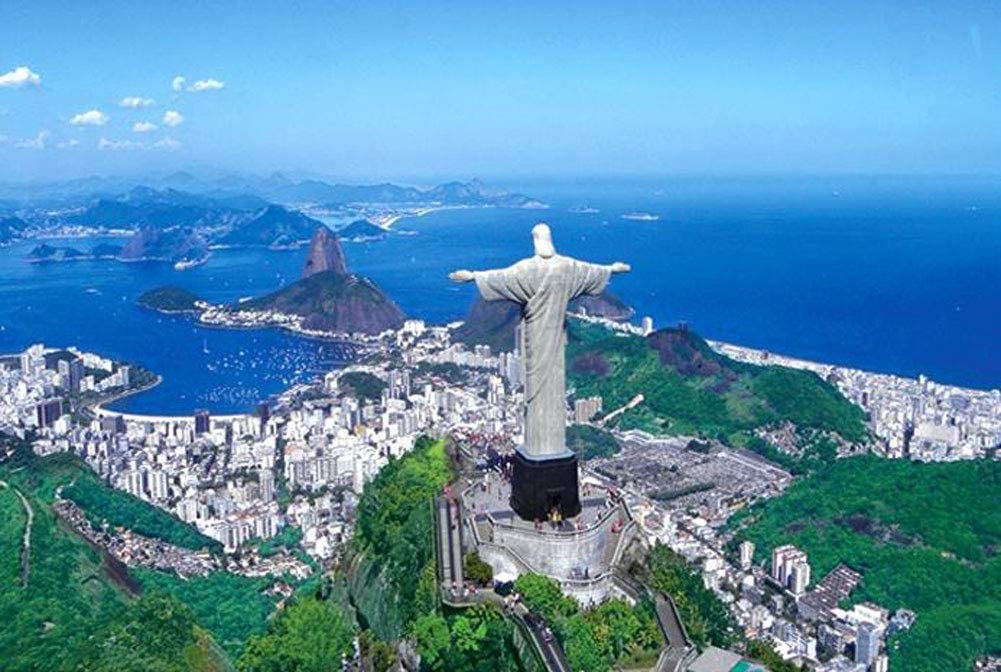 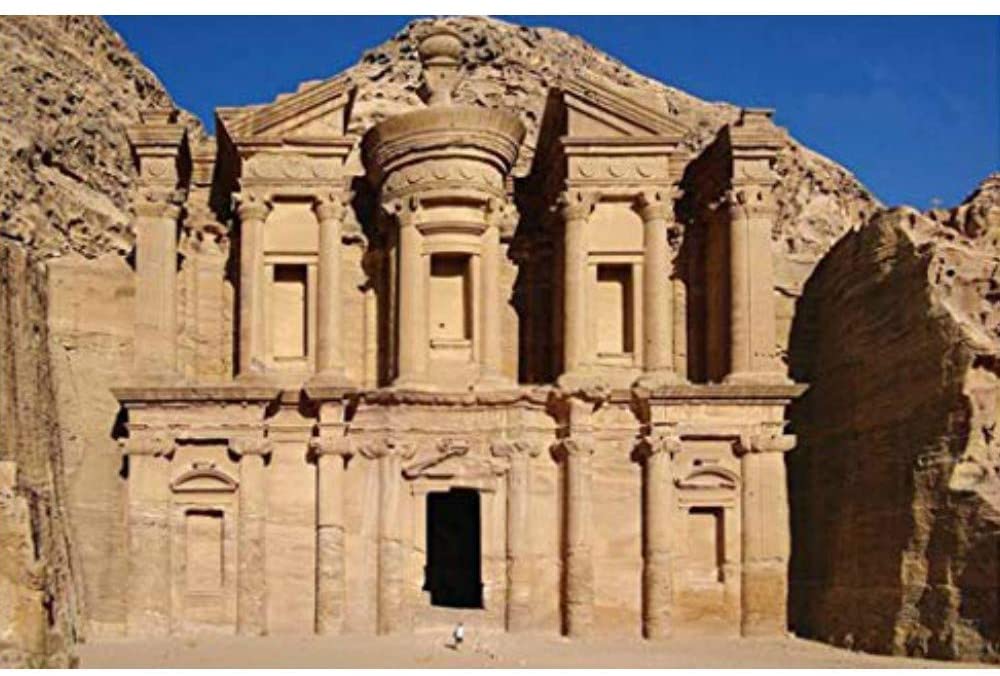 The ancient stone city of Petra in Jordan is one of the most mysterious wonders of the world, carved out of pink stone. It’s immense value as an archaeological attraction draws visitors from around the world every day to experience this unique UNESCO World Heritage Site. Experience your very own “Rose City” with a Petra travel jigsaw puzzle. 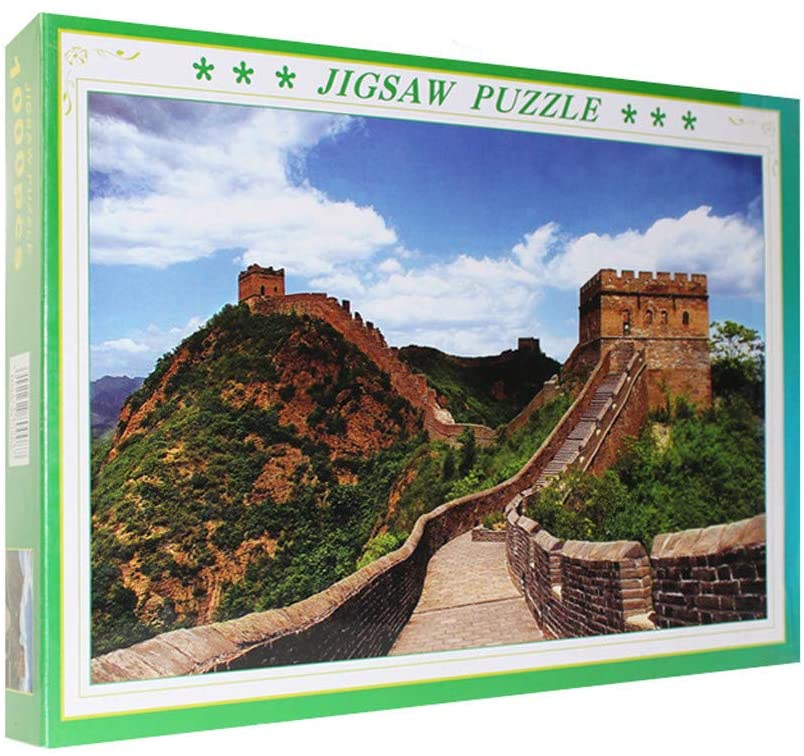 Some sections of this incredible feat of engineering date back to the 7th Century BC, eventually being joined together to become what is known today as the Great Wall of China. Built to protect the Chinese territories from the Mongol hordes, the majestic stone snake winds its way along mountain peaks and ridges for over 3000 kilometers. The Great Wall has been a UNESCO World Heritage Site since 1987. Build your own Great Wall with a Great Wall of China travel jigsaw puzzle! 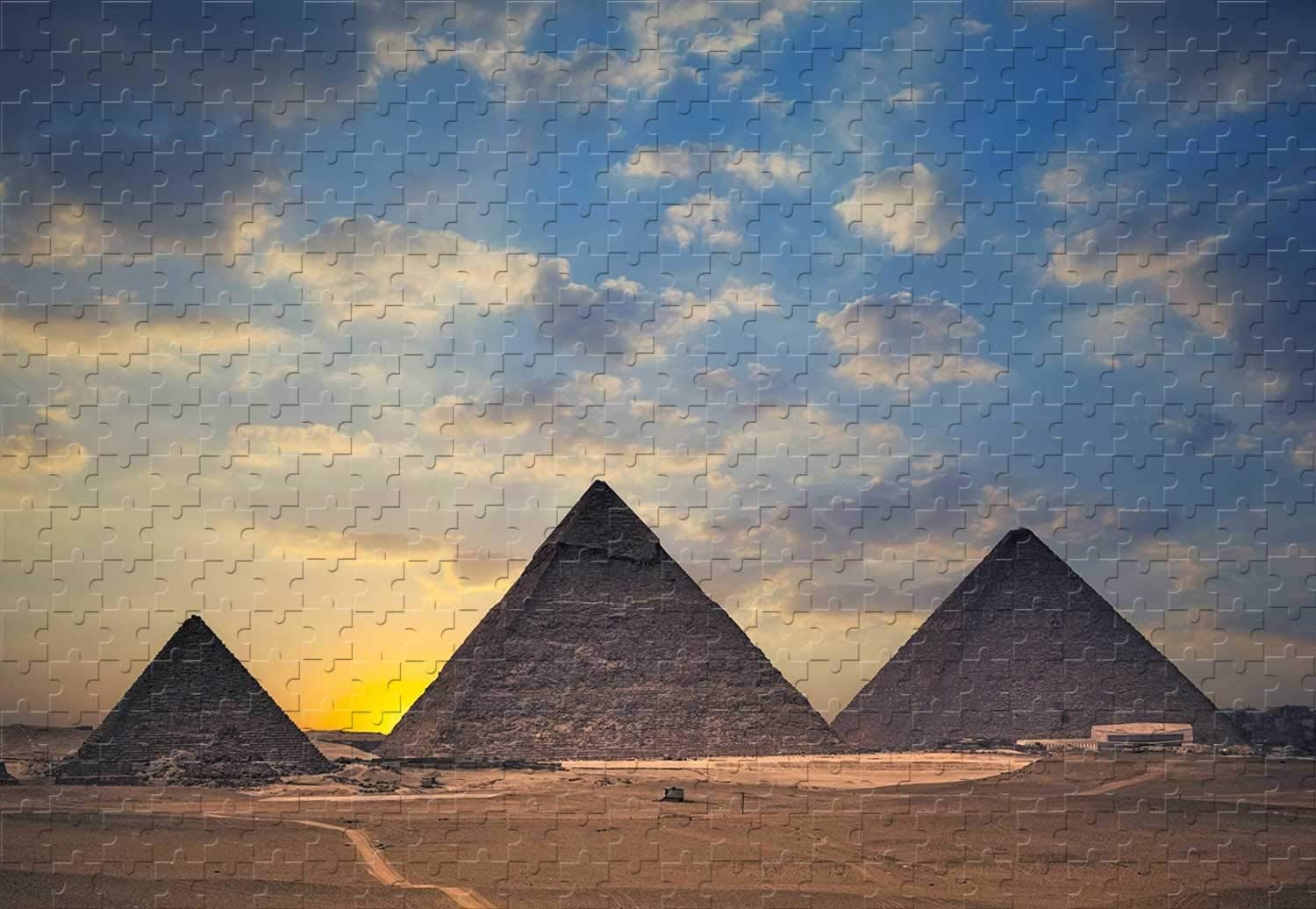 Although not officially one the new Seven Wonders of the World, the Great Pyramid of Giza was recognised for its global archaeological importance with an “honorary world wonder’ title.

As the largest and oldest of all the pyramids in the Giza complex, the Great Pyramid is thought to have taken 10 to 20 years to build. Given that it was completed around 2560 BC, this pyramid was the tallest man-made structure in the world until the first modern skyscrapers took over the title almost 4000 years later. While it’s still impossible to imagine how the ancient Egyptians were able to construct such a huge structure, you can build your own as quickly as you want, with a Great Pyramid of Giza travel jigsaw puzzle!

One thought on “Travel Jigsaw Puzzles for the Coronavirus Lockdown – The New 7 Wonders of the World!”

Best 50 Positive Quotes to Fire Up Your Enthusiasm