Your Pinay Travel Blogger is back in the groove and is more adventurous than ever! See my latest trip where I experienced one-of-a-kind adventures in Mauritania! 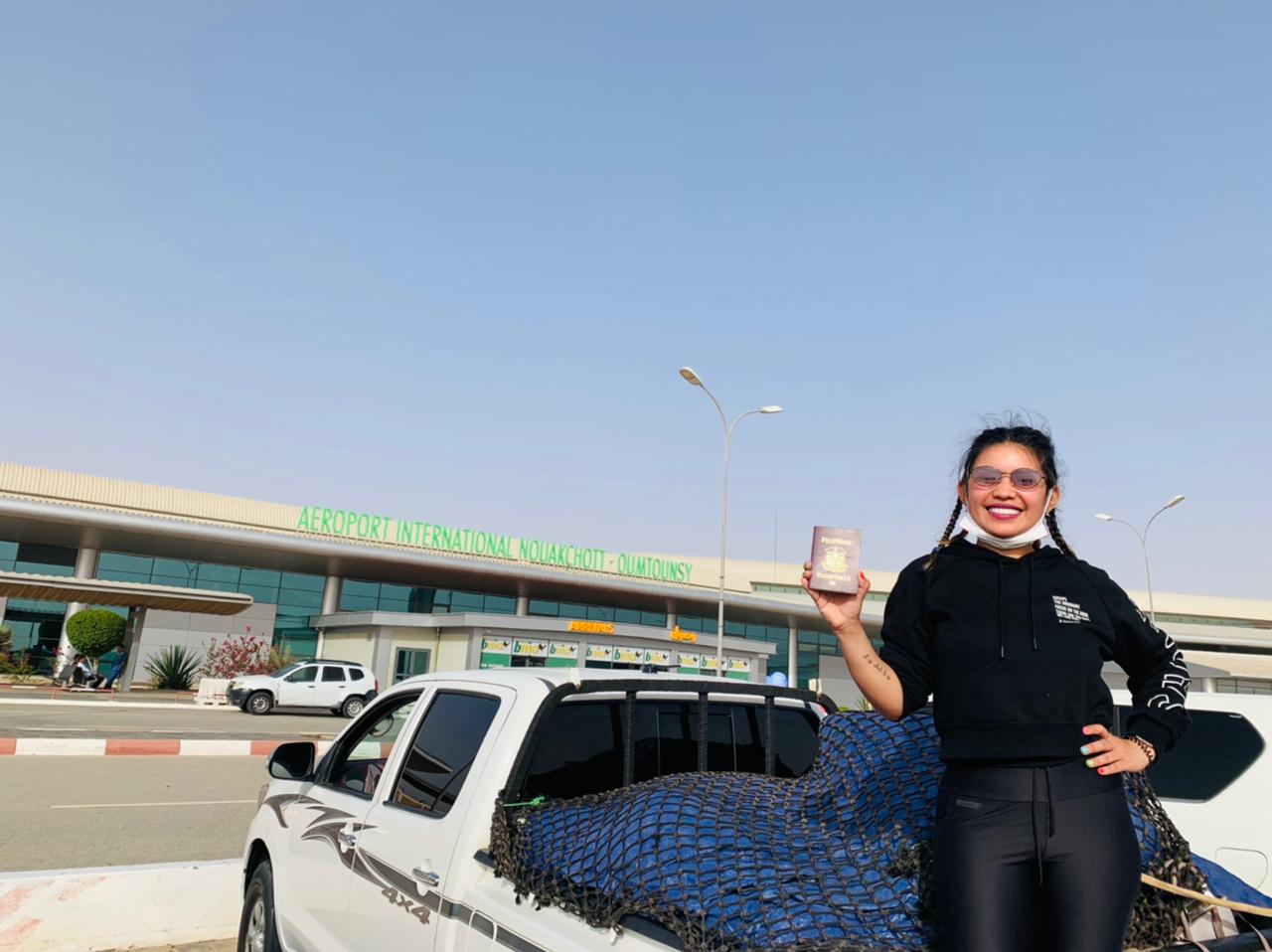 Scrolling through a Facebook group that I’m in (Every Passport Stamps Group), I came across these amazing people with the same goal as me. All coming from different parts of the world, we decided to meet and share the same thing we are all passionate about – Traveling! But this is not just your typical trip as we chose this African country to try something that I myself didn’t think I could achieve.

Everyone, cheers to my 145th country – Mauritania!

It feels amazing to be doing again what I’m passionate about. I almost quit this dream last year but hey, nothing’s gonna stop me now! I flew a Business class sponsored by Turkish Airlines (thanks Mr. Serhan). Because of this comfortable flight, I still have the crazy energy to get started on an adventure in Mauritania. 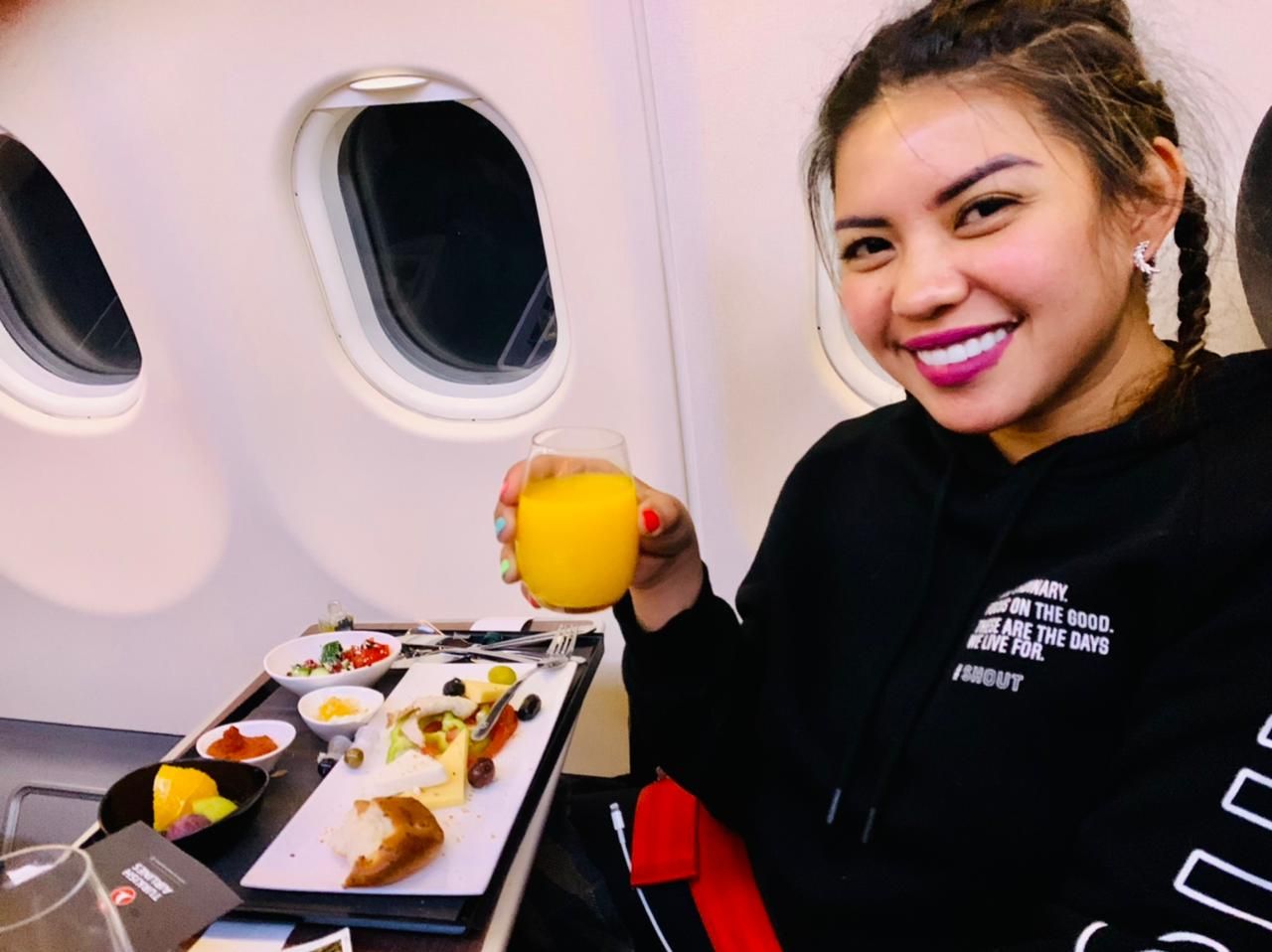 Currently, Mauritania has a low number of COVID Cases. All you need is a 72-hour PCR Valid Test to enter. As for Filipinos, we can easily get a Visa on Arrival for 55 Euro and we’d only need the passport and itinerary in addition to the PCR Test. 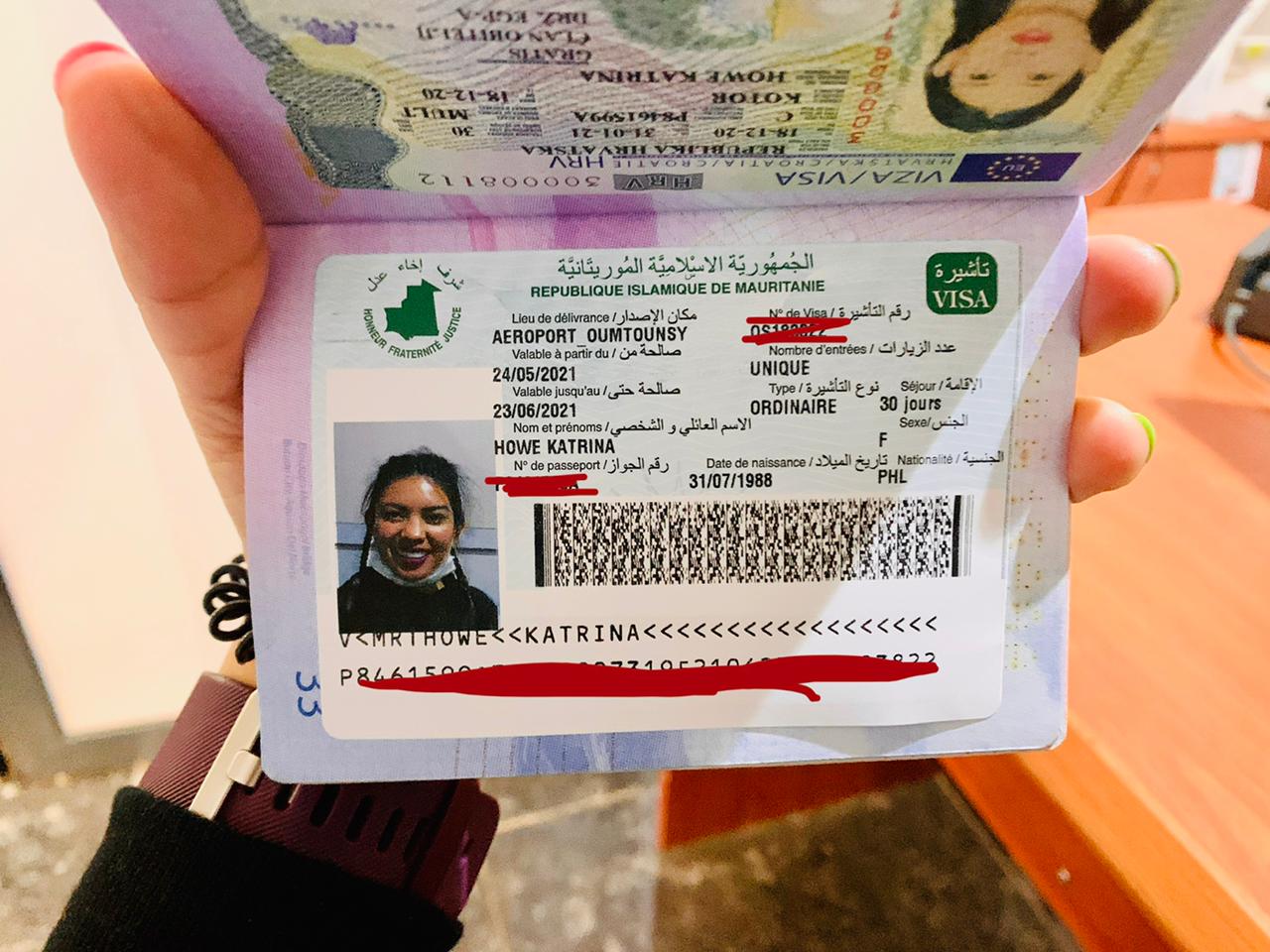 Adventures in Mauritania: Where it all Began

We started the tour from Nouakchott then had a 5-hour drive going to Terjit, an Oasis or a spot where you can find water located in the heart of the Mauritanian Sahara Desert.

We especially enjoyed swimming at the natural pool, which is good for me since I didn’t get the chance to take a shower for 2 days. Haha! 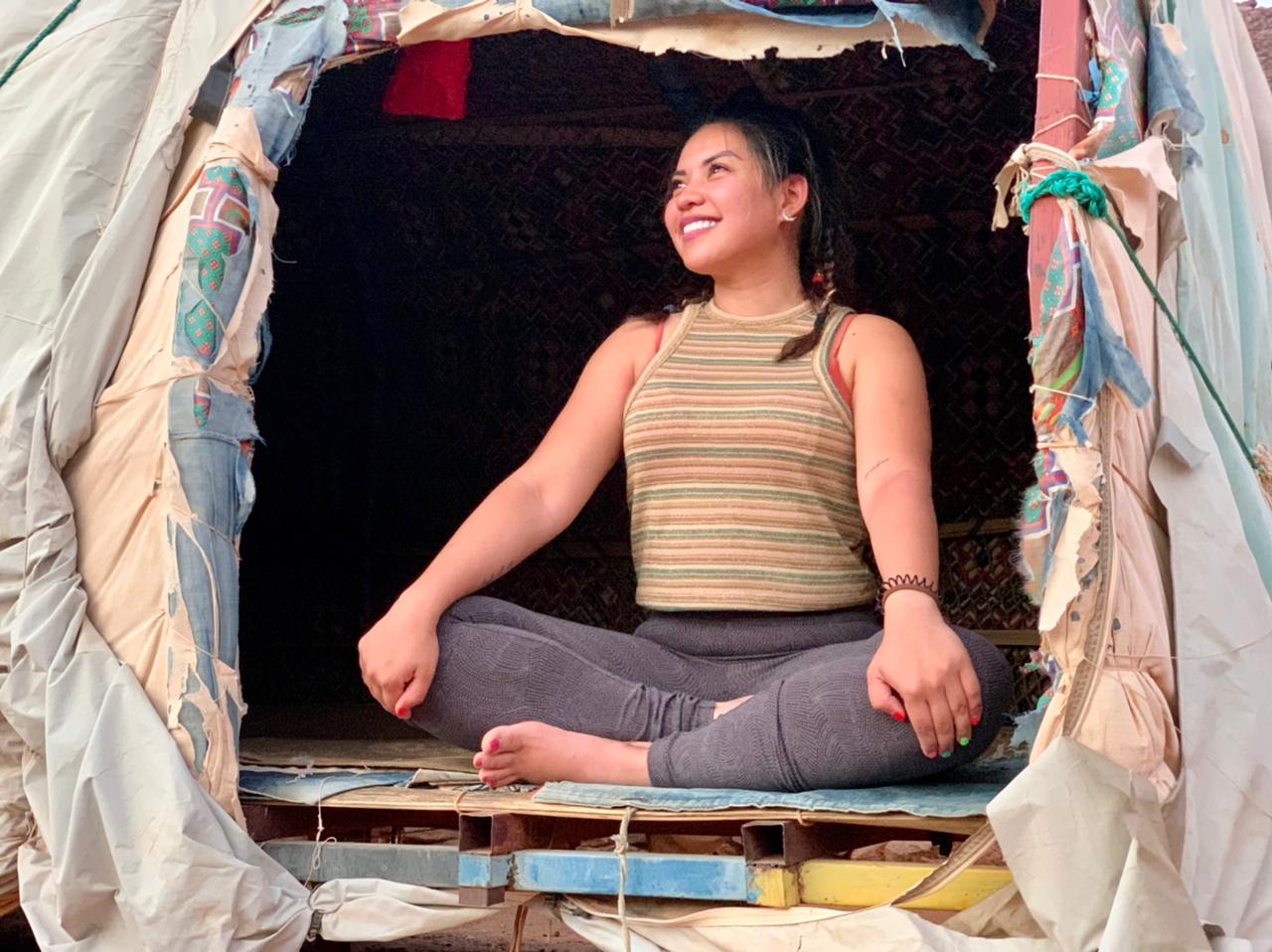 At night, I was also able to sleep like a baby in a local tent in the desert, where you can really see epic views of the Mauritanian Sahara Desert. 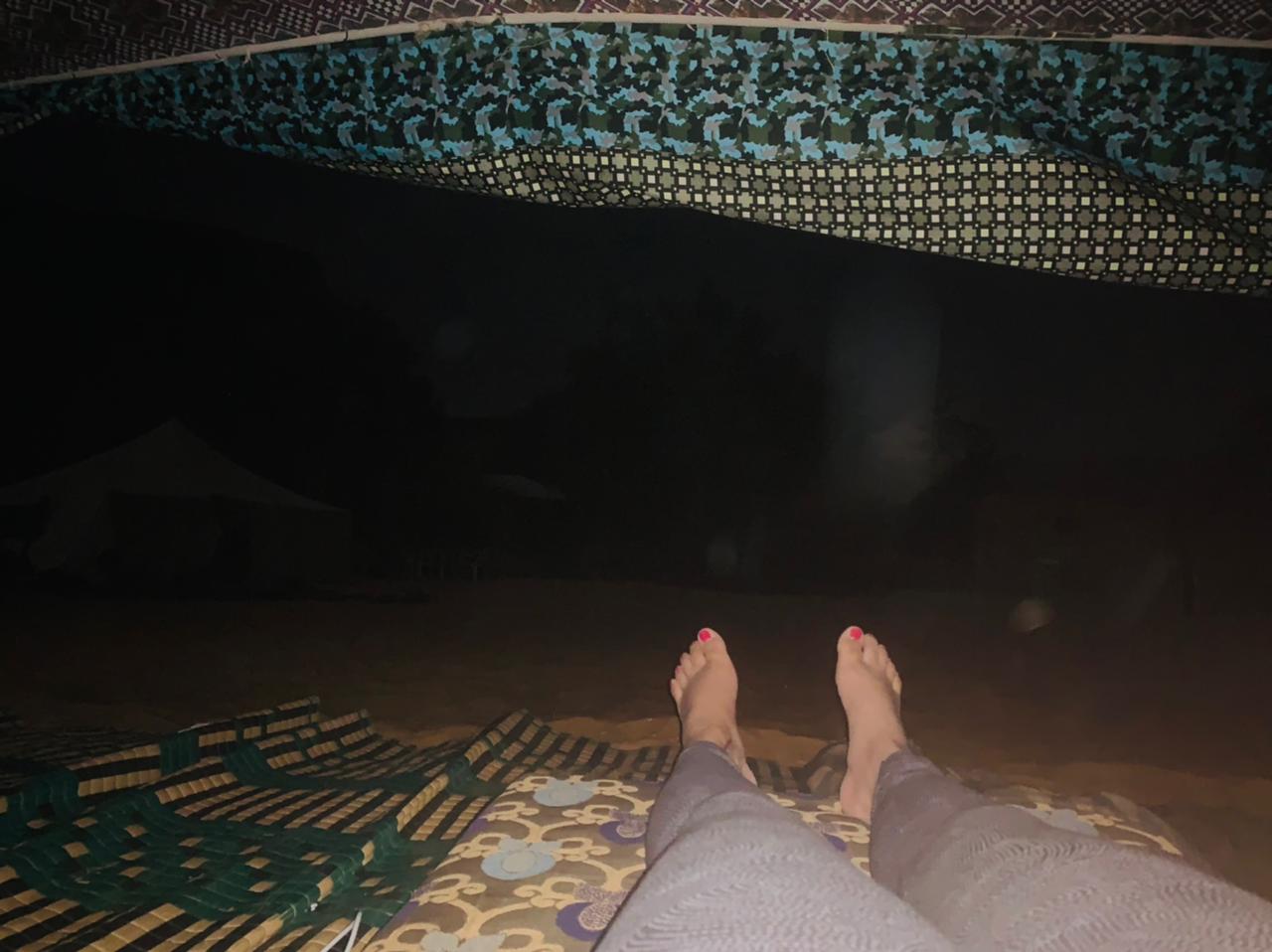 The first day of our trip really is something to remember as we all share our stories on the road, had a good laugh, and amazing photos together.

A Trip to Chinguetti

As the sun slowly rises, we woke up to a beautiful morning and had a wonderful breakfast before heading to our next destination – Chinguetti. 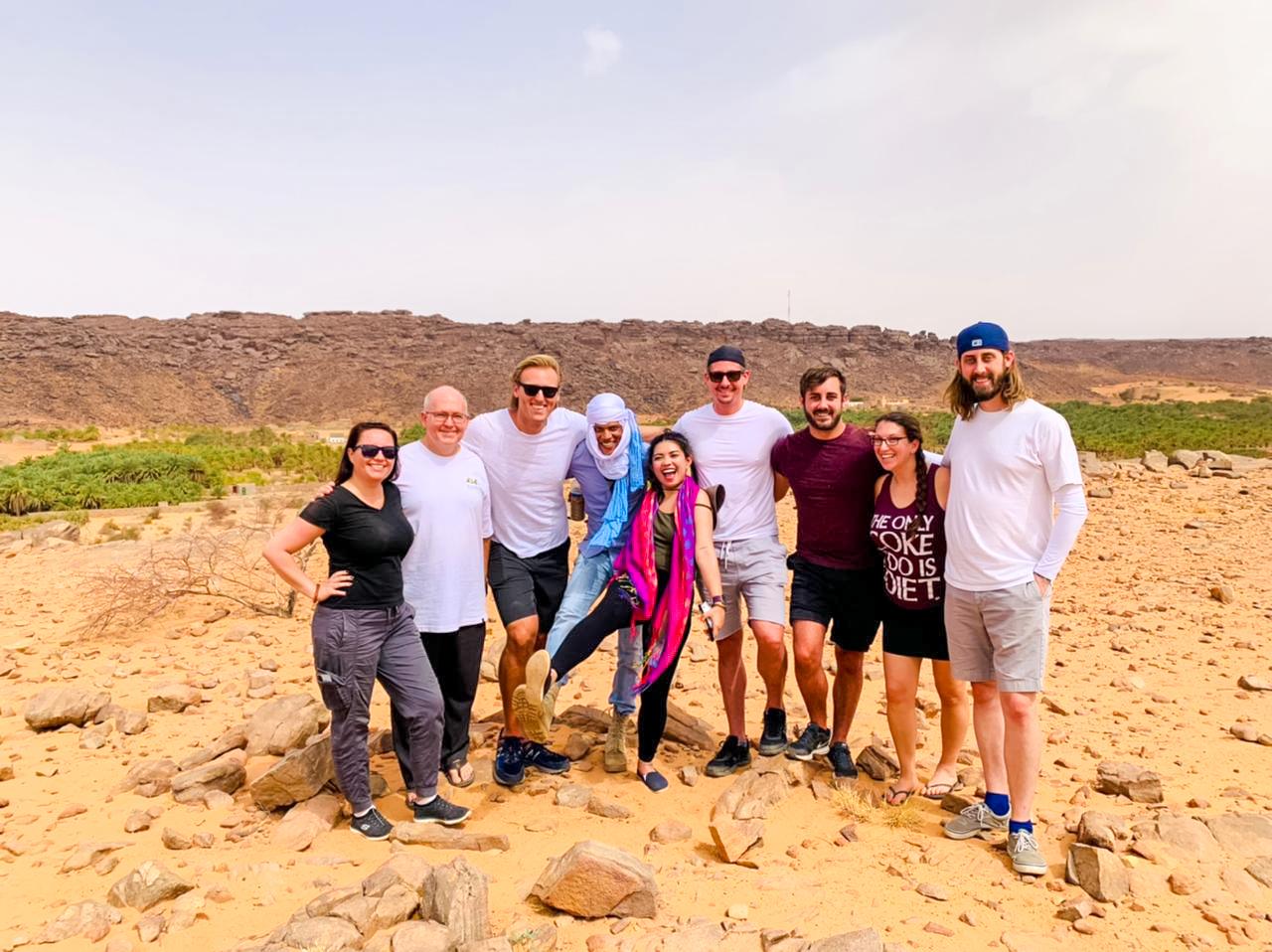 It was another full day of driving. We left Terjit early as we head to Chinguetti. We stopped at Atar, a town in northwestern Mauritania. This town is the gateway and capital of the Adrar region, where you can see a small airport, museum, and a historic mosque constructed in 1674! 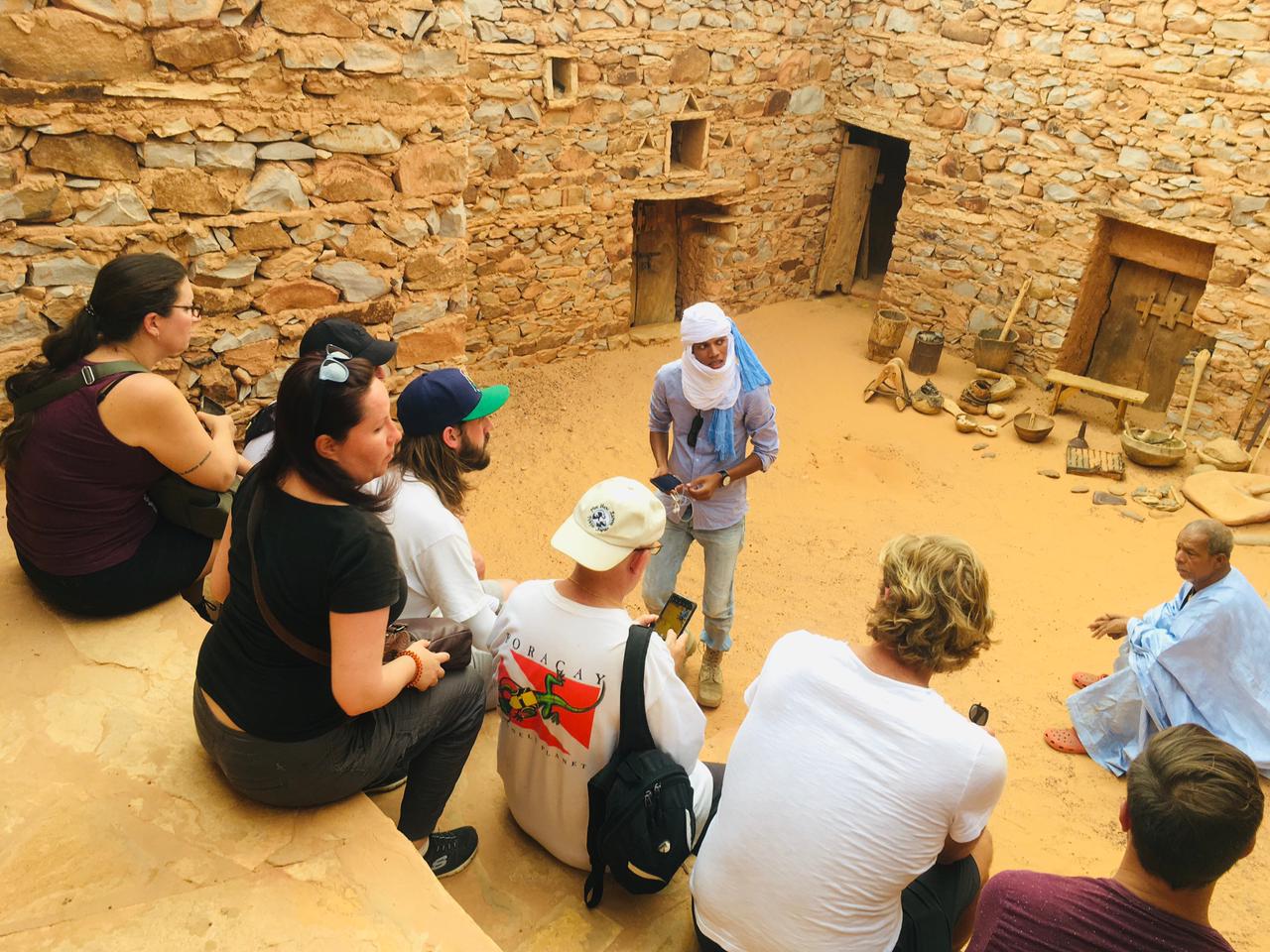 We arrived at Chinguetti in the afternoon, and it is scorching! Glad I brought sun protection! Which is essential Haha! Chinguetti is a jewel of Berber culture and is a UNESCO-Protected Site. This ancient African town once became a stopover for trade caravans and pilgrims in the Sahara Desert. It is also an important learning center thanks to its desert libraries filled with texts dating back to the Middle Ages. Wow!

Just some interesting facts about this town. Did you know that Chinguetti is also one of the seven holy cities of Islam? It is a significant gathering point for the caravans of the faithful leaving for the pilgrimage to Mecca. Here you can see a lot of children roaming around and women selling souvenirs.

As the dark approaches, we spent our second night in Chinguetti and stayed in one of the guesthouses called L’EDEN. This guesthouse has been open since 2005 and remains a highly recommendable guesthouse by local guides. 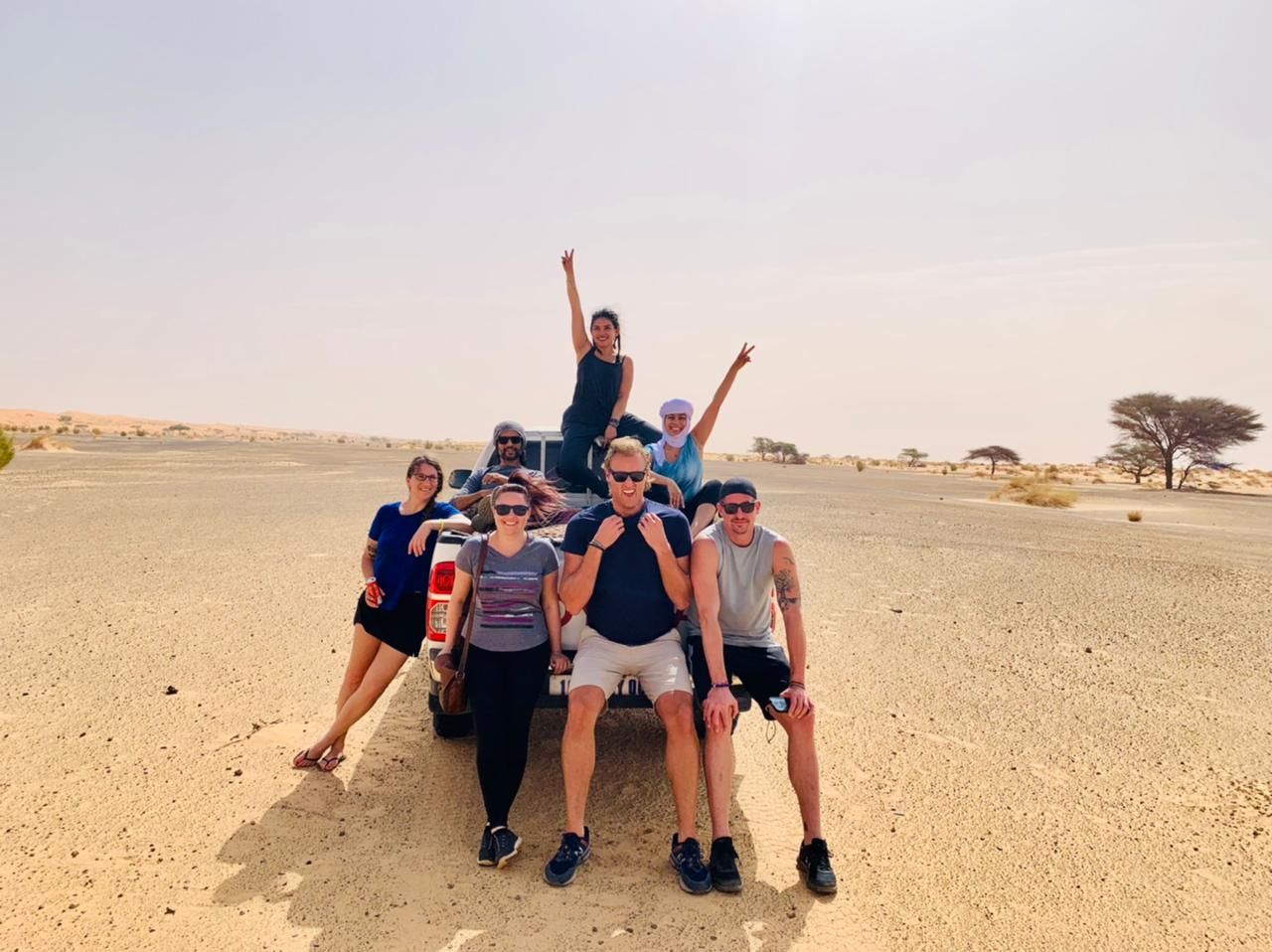 Ouadane is one of the UNESCO World Heritage Sites in Mauritania! 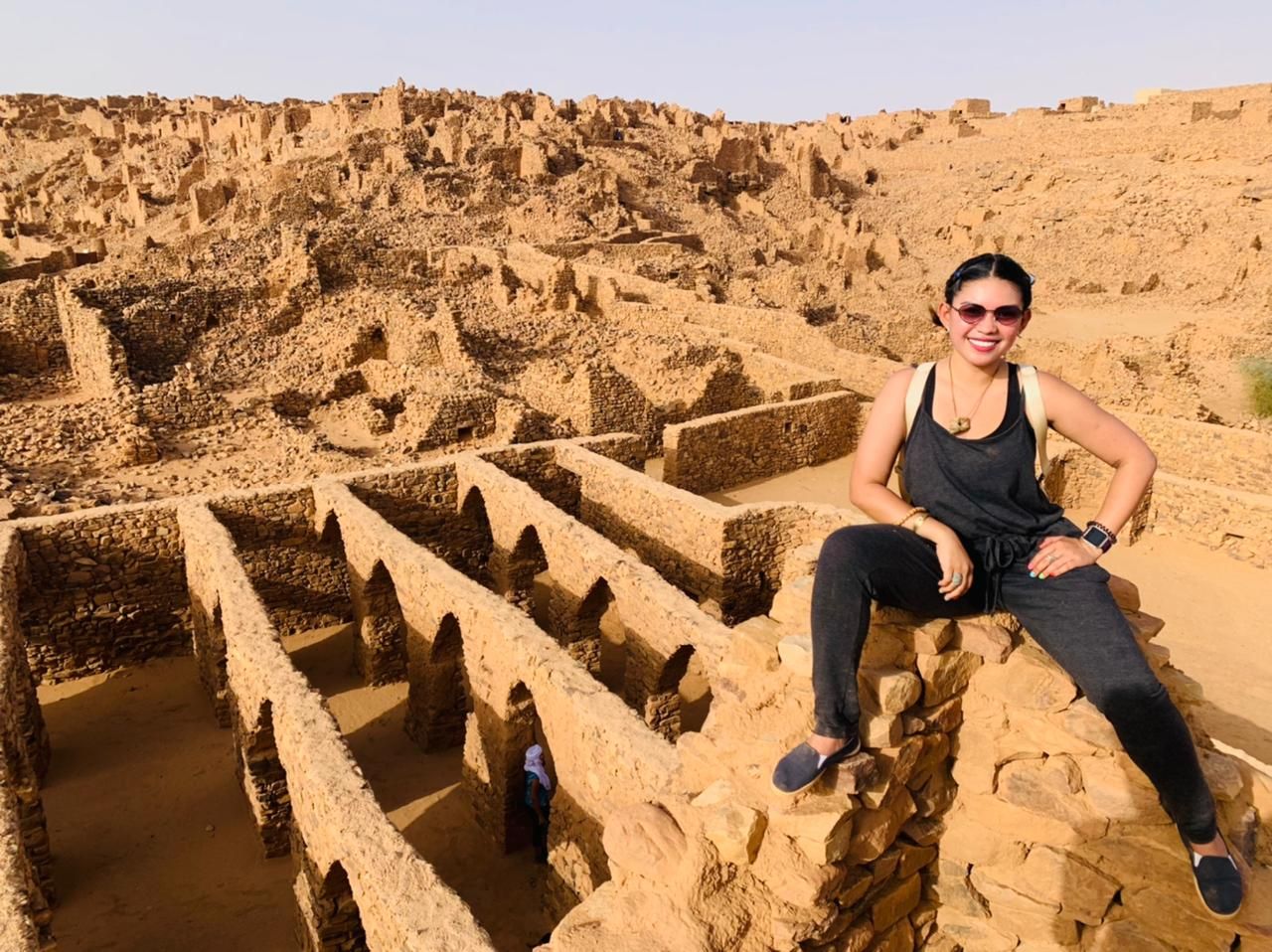 The ancient ksour (fortified village) of Ouadane has been tagged as UNESCO World Heritage Site since 1996.  The first things you will notice are piles of stone and rubble! Unlike Chinguetti, there’s still a lot you can see and feel from the ruins of Ouadane. 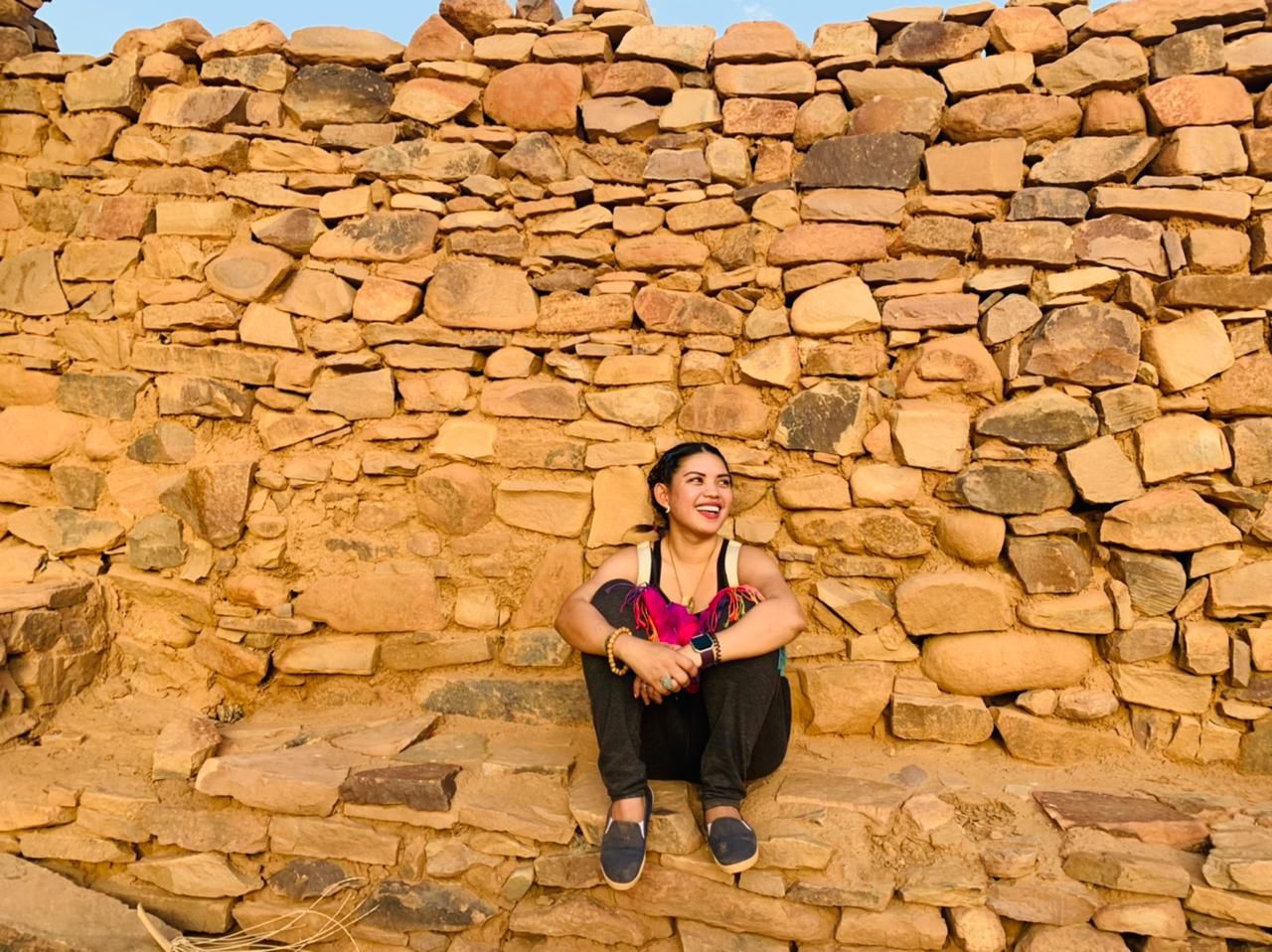 Near Ouadane, we also visited the Eye of the Sahara, also known as The Richat Structure. This spot looks great from above. 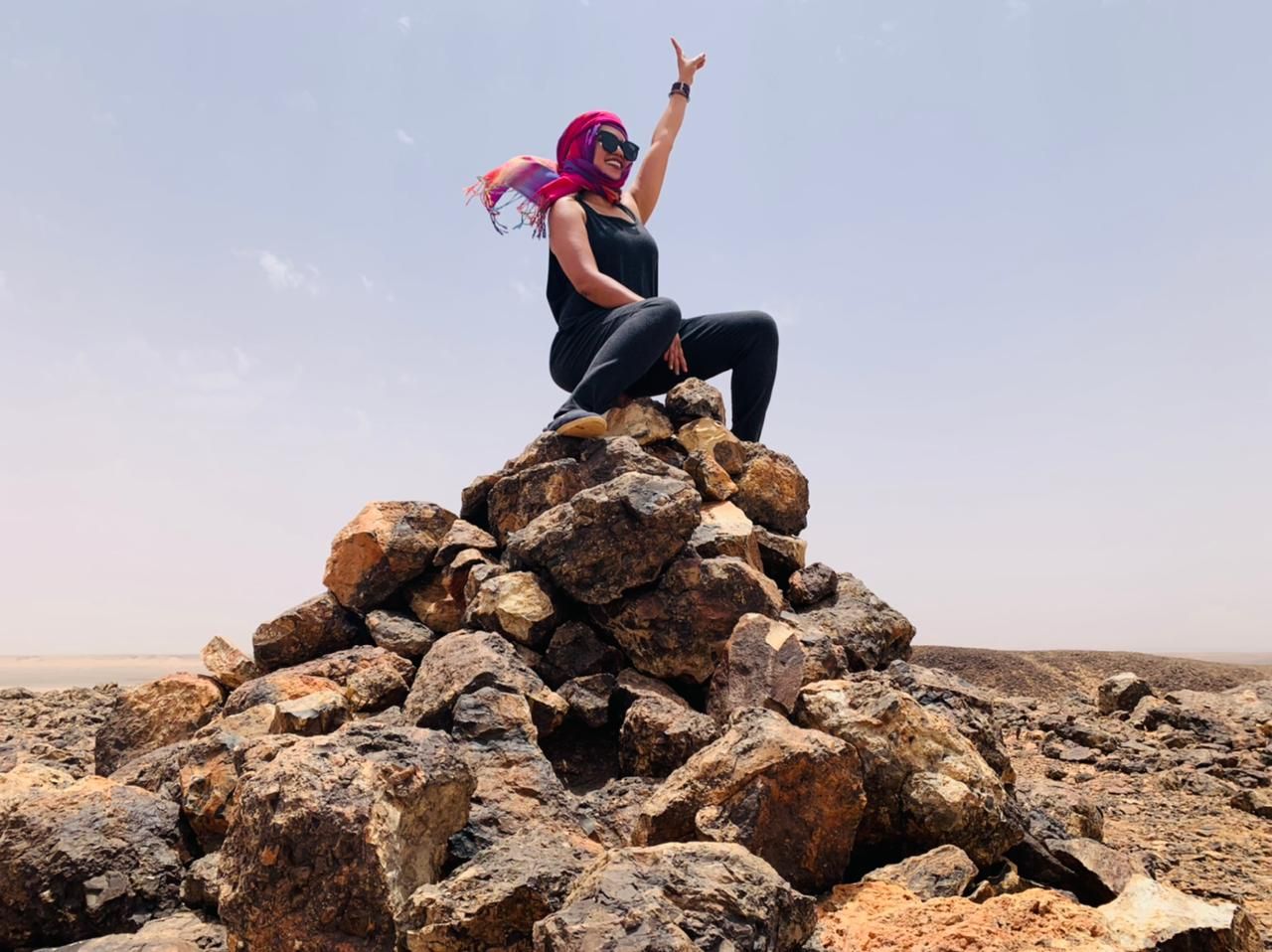 You will think this might be due to an asteroid impact (or an alien’s hidden message) because of its shape and size. But, this is a deeply eroded geologic dome. It’s one of the world’s most unusual landscapes! This is something that you must see!

We capped off our third night by watching a local folklore dance. Plus, the locals had a surprise party for us! 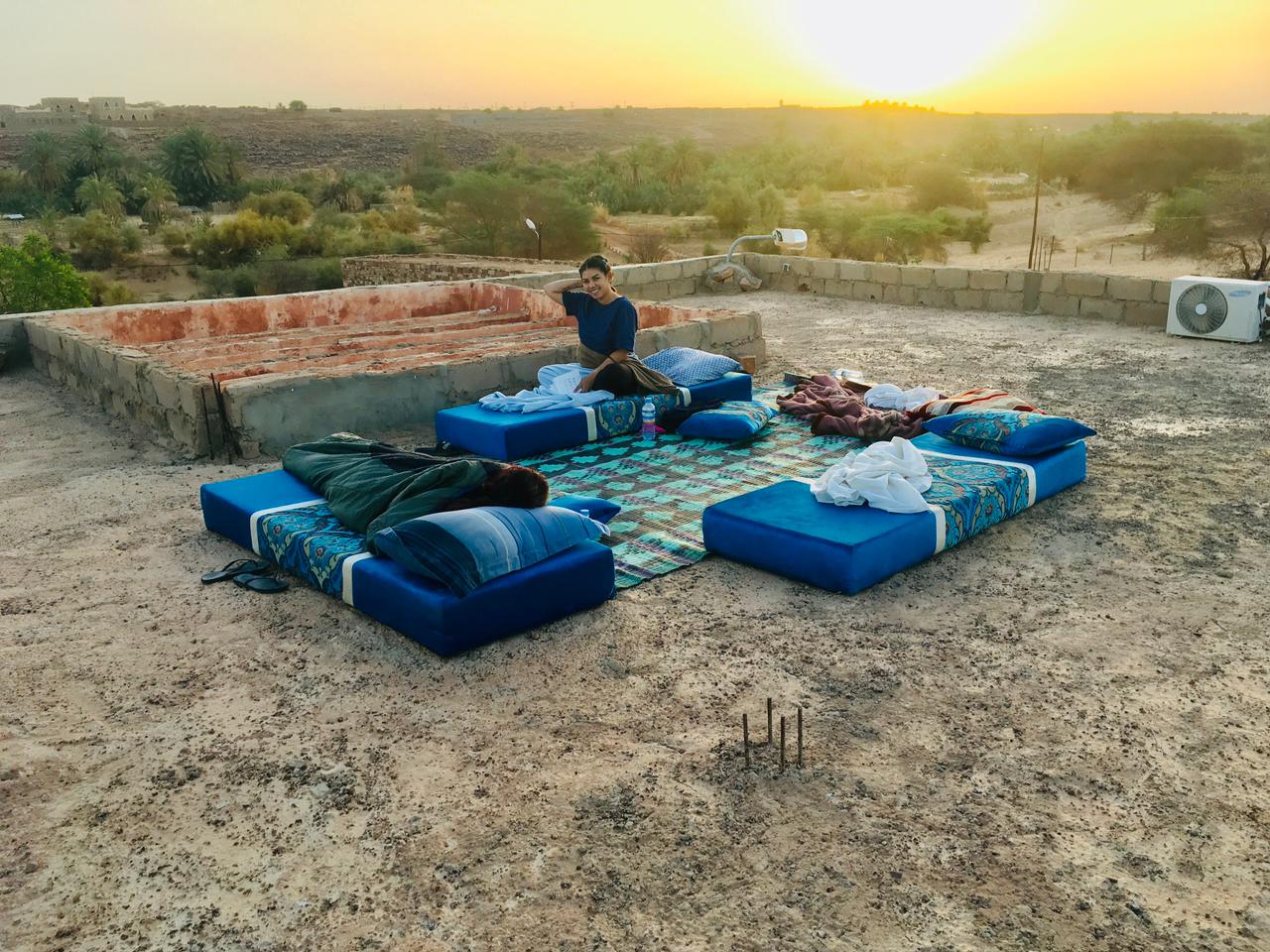 3 nights of sleeping outside even though we have private rooms, it’s so much better watching the stars and full moon, hearing the birds, and feeling the fresh breeze!

Still can’t believe I finally got the chance to do this one-of-a-kind experience in Mauritania. 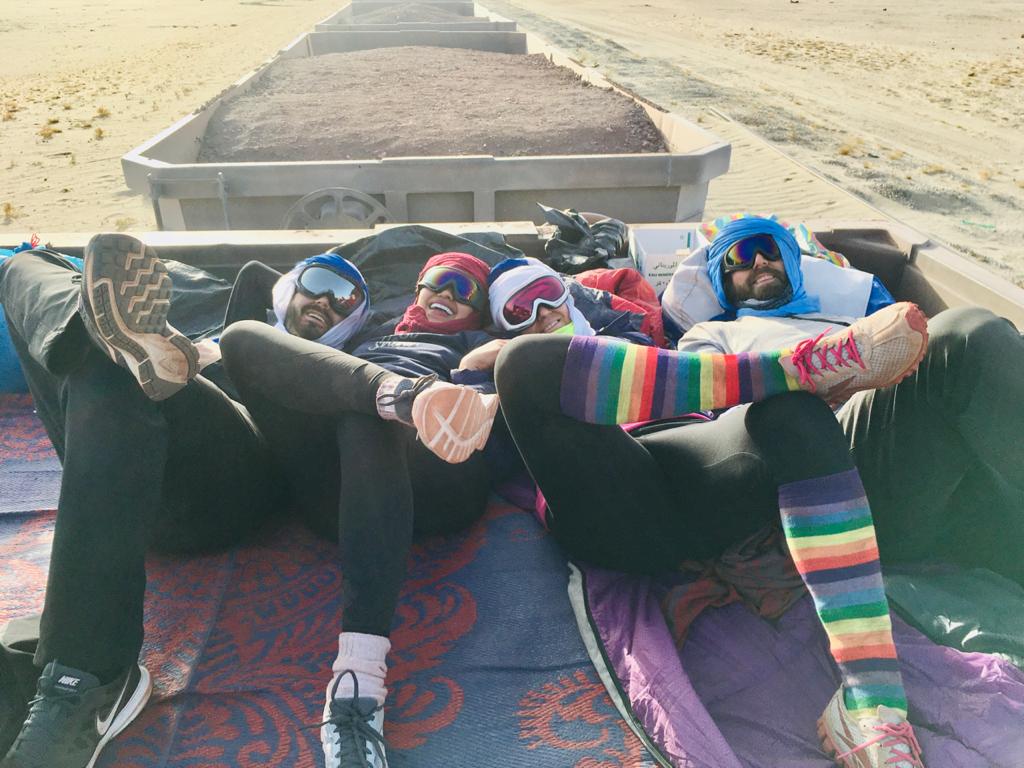 Aside from historical towns, the country is also home to the longest and heaviest train in the world. The Train du Desert in Mauritania is 2km long and consists of 200 carriages. There’s no conductor, no tickets, no CR, no rooms, no charging station, no fixed schedule – challenging to imagine, right? Well, it really is challenging! So a quick tip, this activity is best suitable for adventurous people. 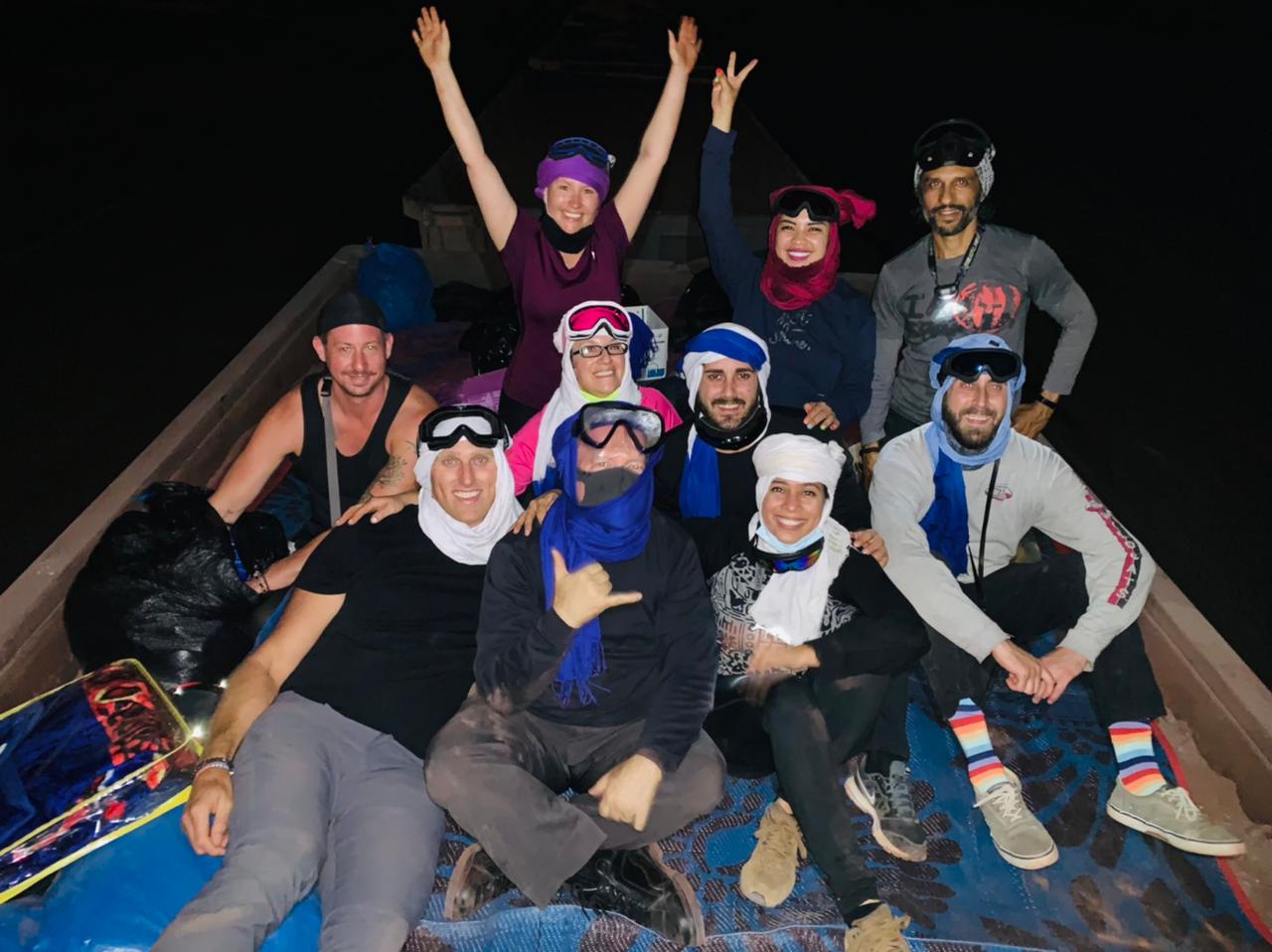 As warned by my fellow travel bloggers and friends, the ride would be super exhausting. So I really prepared myself as I can’t change my mind while being on the train; it’s not like MRT that has many stops. And even if they stop, I don’t like to be left in the middle of the Sahara desert! Do you? Haha!

Riding the Iron Ore train for 12 hours feels like I’m floating! Plus, this journey is also one of the filthiest trips I did because of the dust. That’s why we wore goggles and wrapped our faces to shield ourselves from incredible amounts of dust. 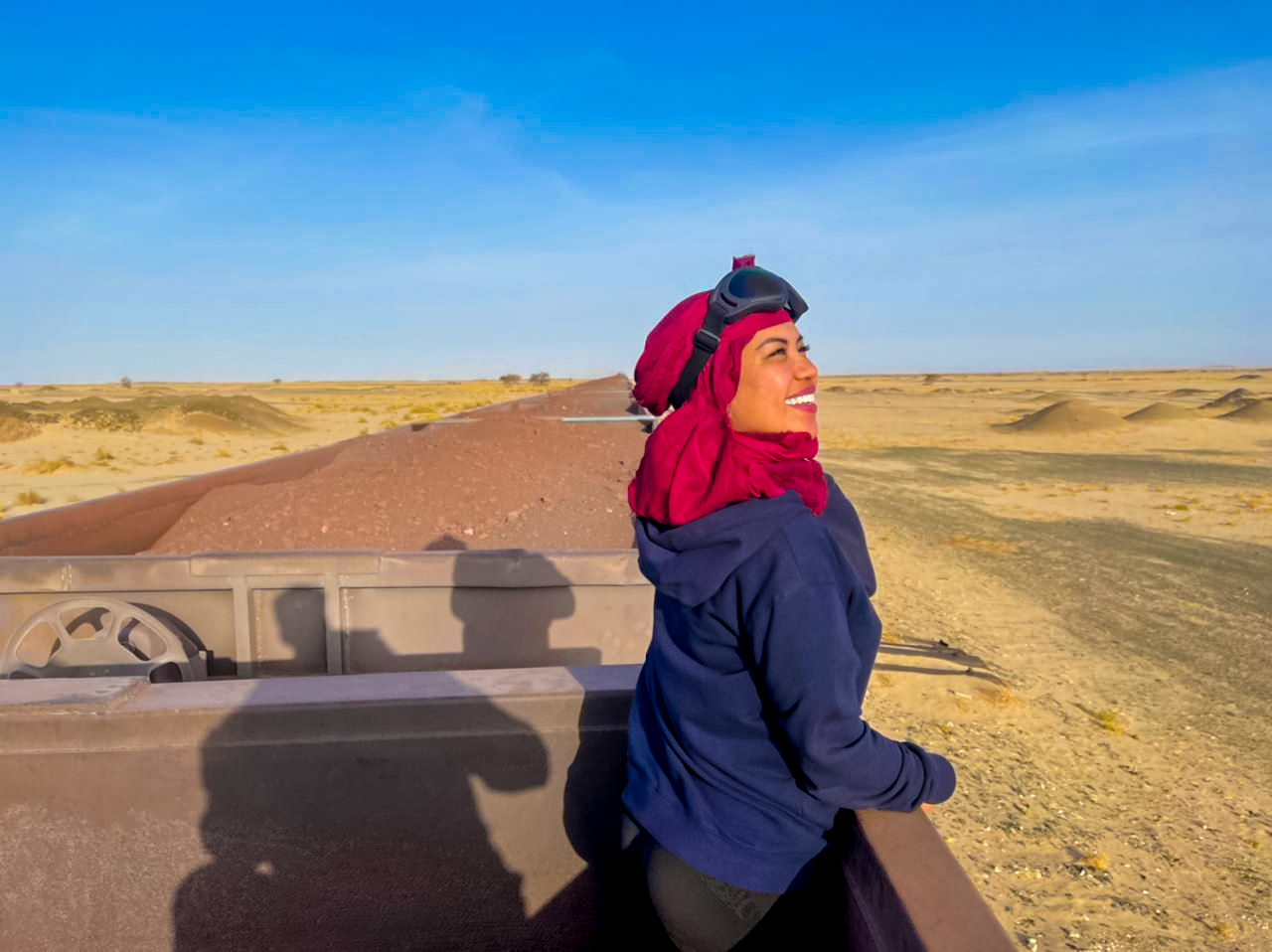 So if you’re looking for a thrilling, exhilarating, and once-in-a-lifetime experience, you should ride the Iron Ore Train! 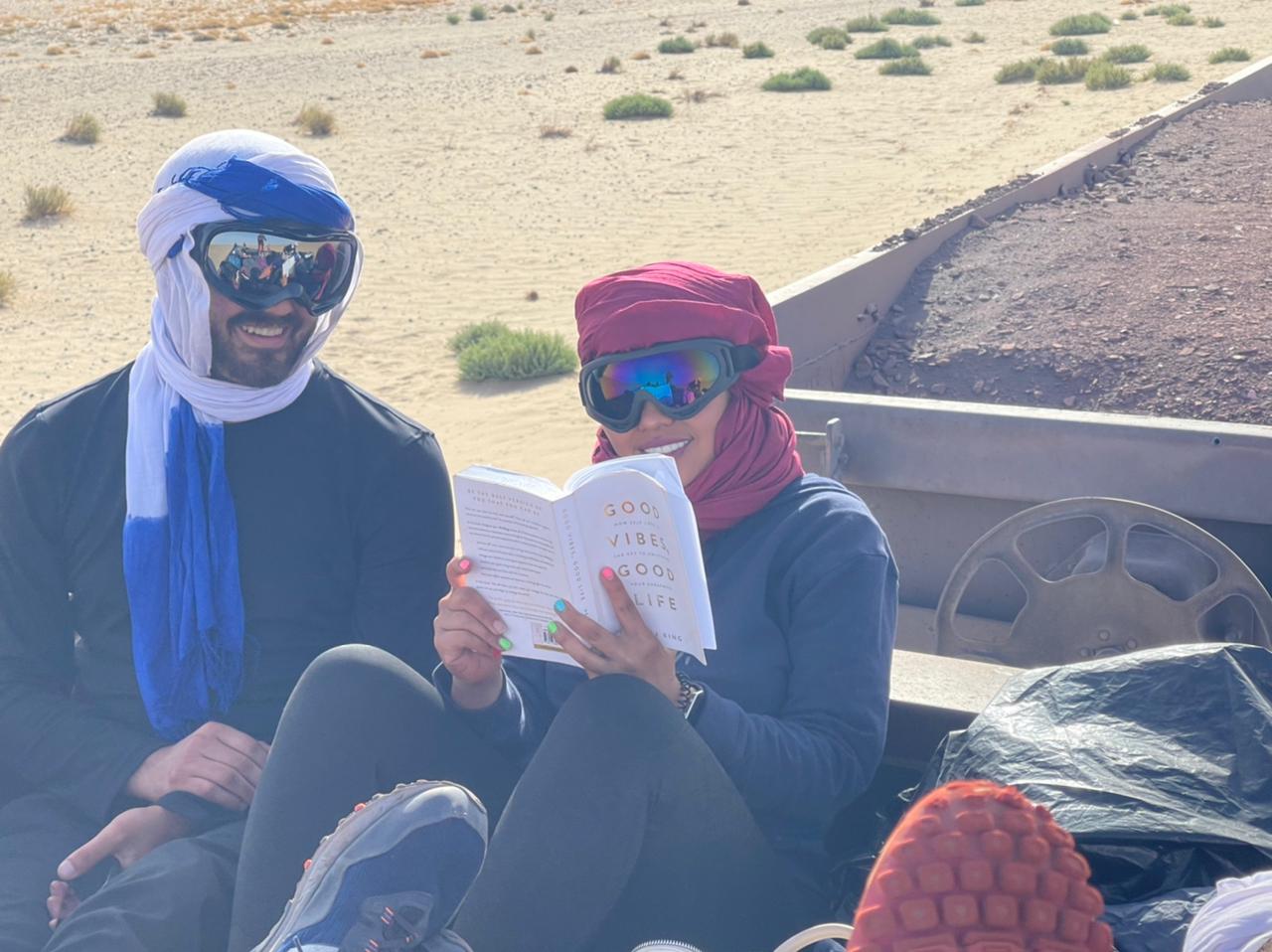 A quick fact again hehe. Did you know that this train moves 17,000 tonnes of iron ore which is enough to build the Eiffel tower? And not only that, aside from iron ore, it also carries other goods, goats, camels, and people. Locals use it as means of transport, while for foreign travelers, the iron ore ride is an adventure of a lifetime. 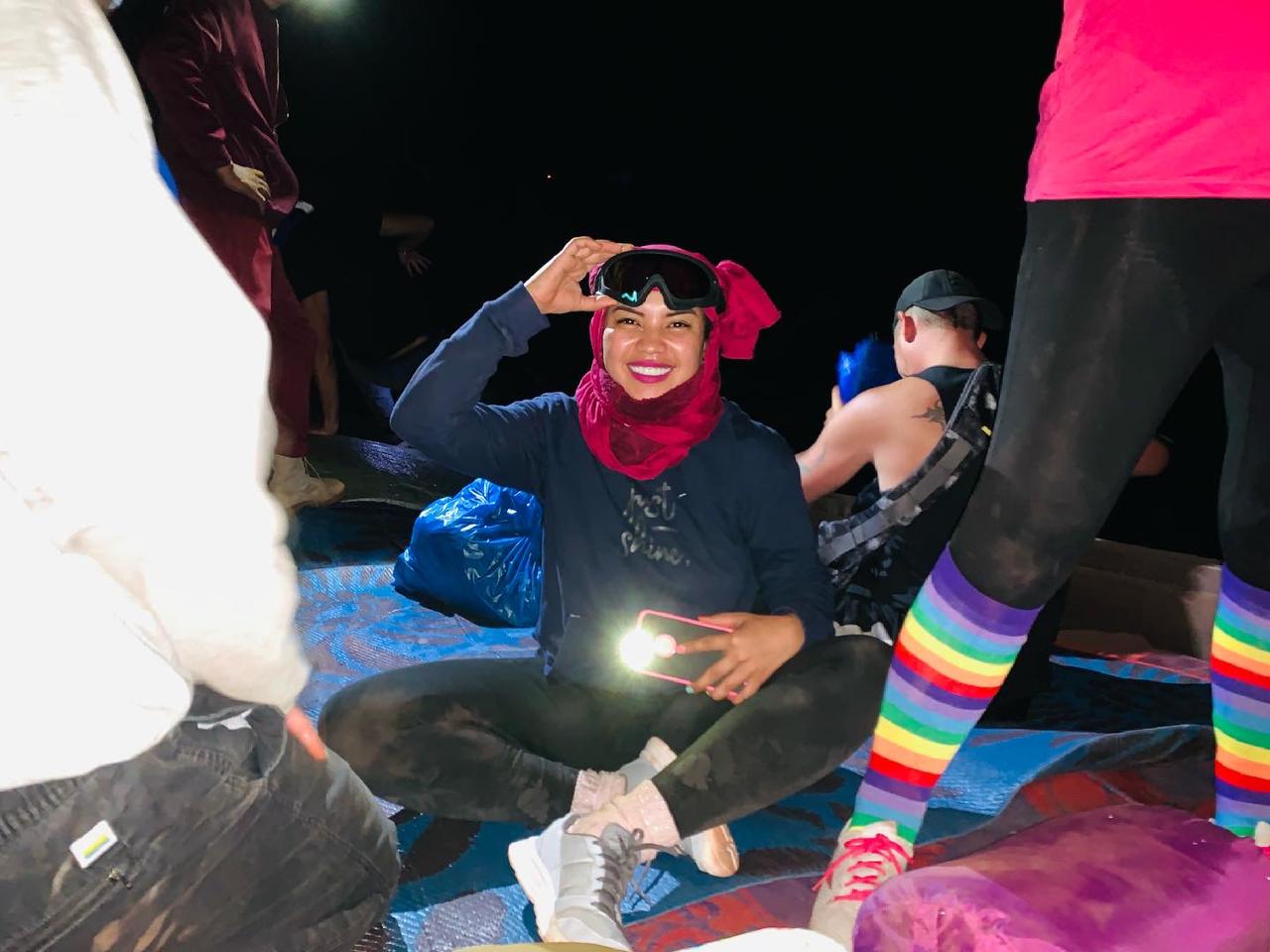 A long sleepless night filled with songs, laughter, stories awaits you on this trip. It’s uncomfortable (no CR, no food cart, no charging area, hot, and dusty), but it is one of the most incredible things I have done so far!

Banc D’Arguin National Park: Where the Desert meets the Ocean

After a 12-hour iron ore train ride, we headed immediately to Banc D’Arguin National Park. With a trip filled with a lot of dust, one shower isn’t enough; so we swam and let the Atlantic Ocean do its magic. Swim, relax, repeat – that was our mantra. 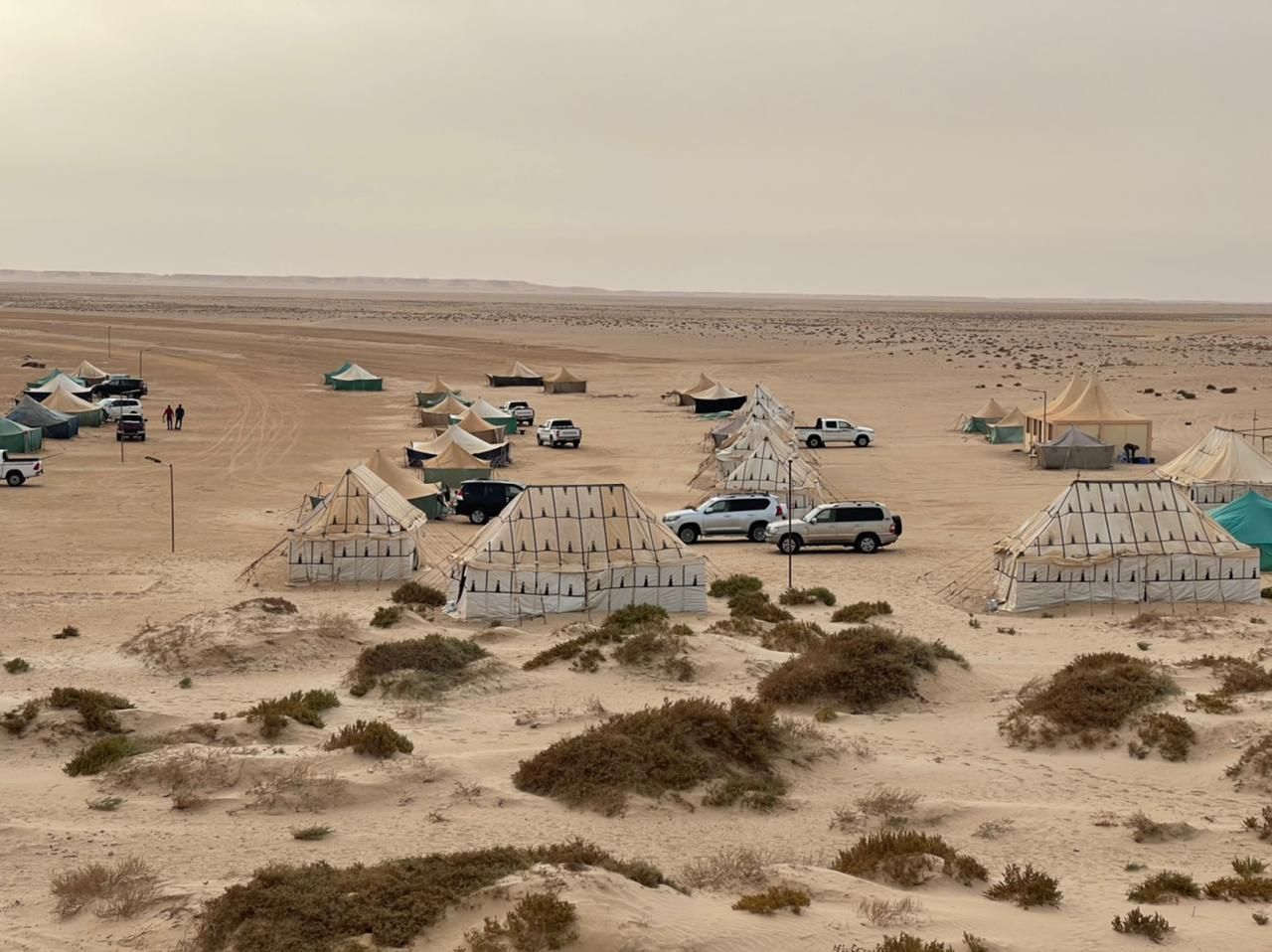 Besides, swimming in the Atlantic Ocean is so therapeutic that it feels like it automatically heals the stress that our bodies experienced during our Iron Ore train ride. It really is the best thing to do after an adventurous activity! 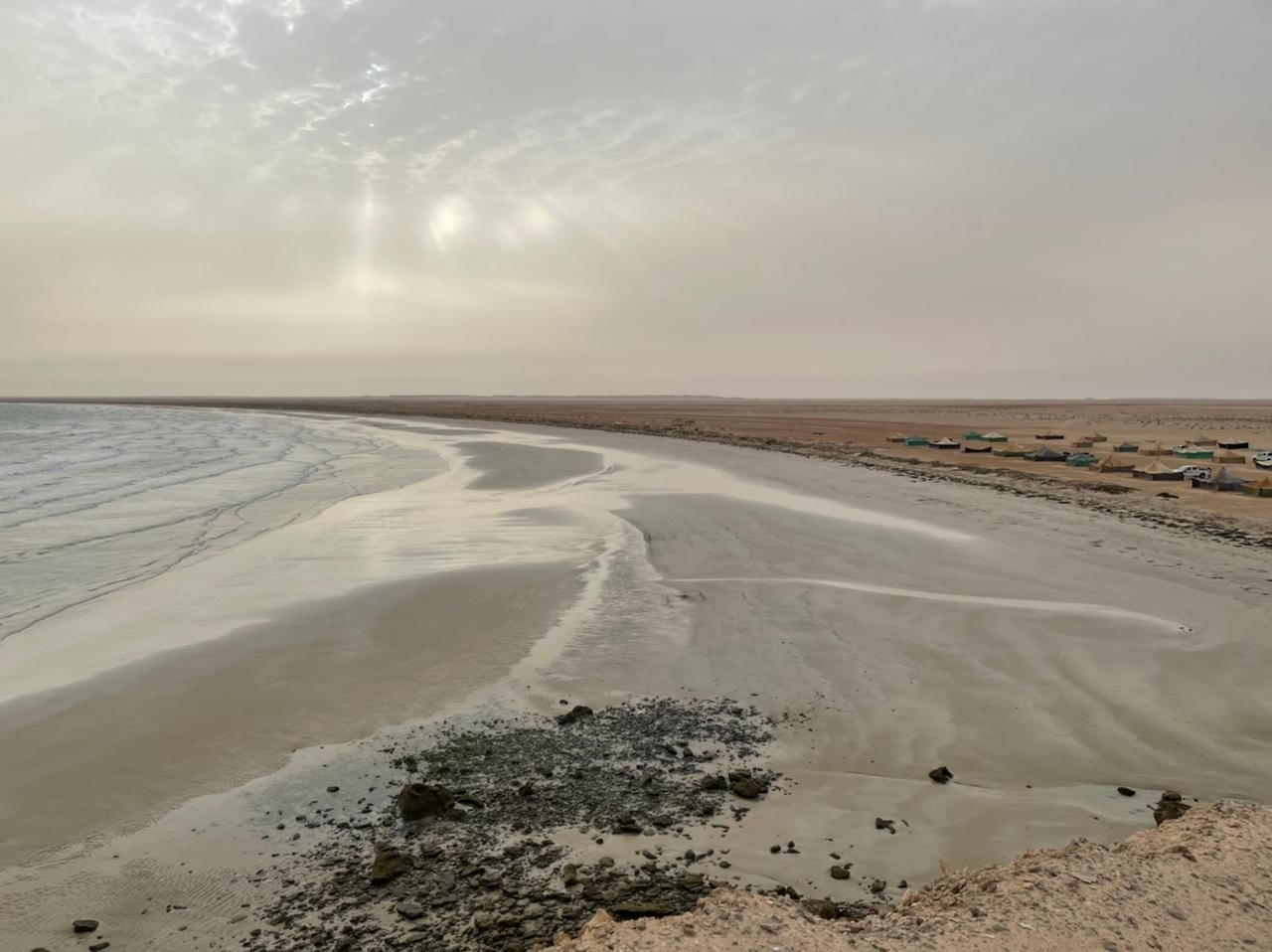 This park is also a UNESCO World Heritage Site since 1989. It’s a great contrast between the harsh desert and abundant marine life. The Banc D’Arguin National Park is home to seals, dolphins, and whales, and one of the most important habitats for migrating birds, especially fish-eating ones! We tried to catch a fish but it so hard! Haha.

Back to the Capital, Nouakchott

On the last day of our tour, we toured around the city of Nouakchott, the capital, and got a Free PCR test. Then we had lunch at Terjit Vacances restaurant located on a lovely beach where I had fresh dorado fish for lunch.

The group (thanks to Shaun and Dan) surprised my soul sister Zulekha Huseni for her post-birthday celebration. I missed the market and the Port de Peche as I had to catch up with some sleep and emails. 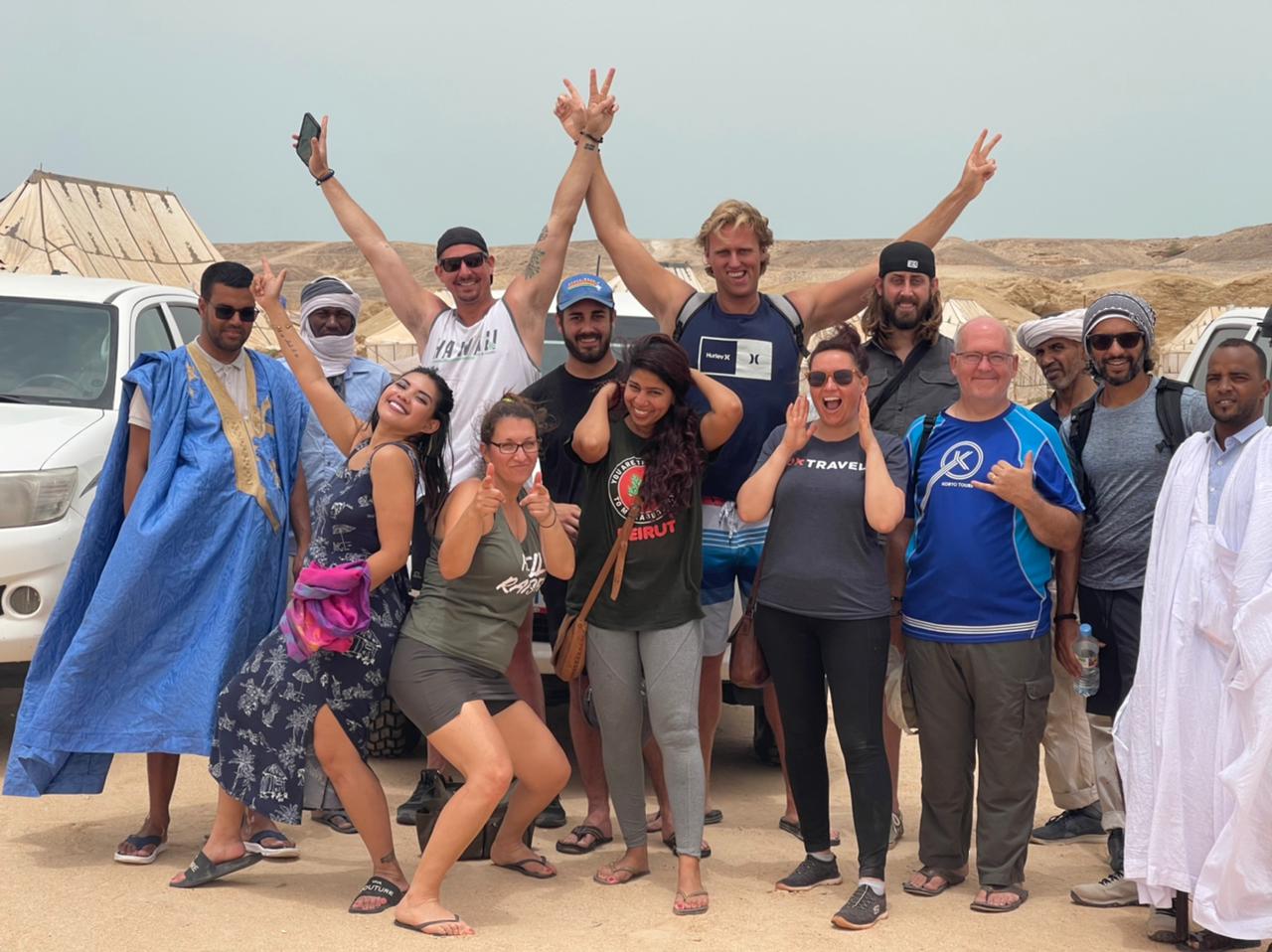 I will finish my goal of visiting every country by next year (33 or 34 years old by then) then I swear to return to Mauritania again in 2023. Definitely a must-visit country! 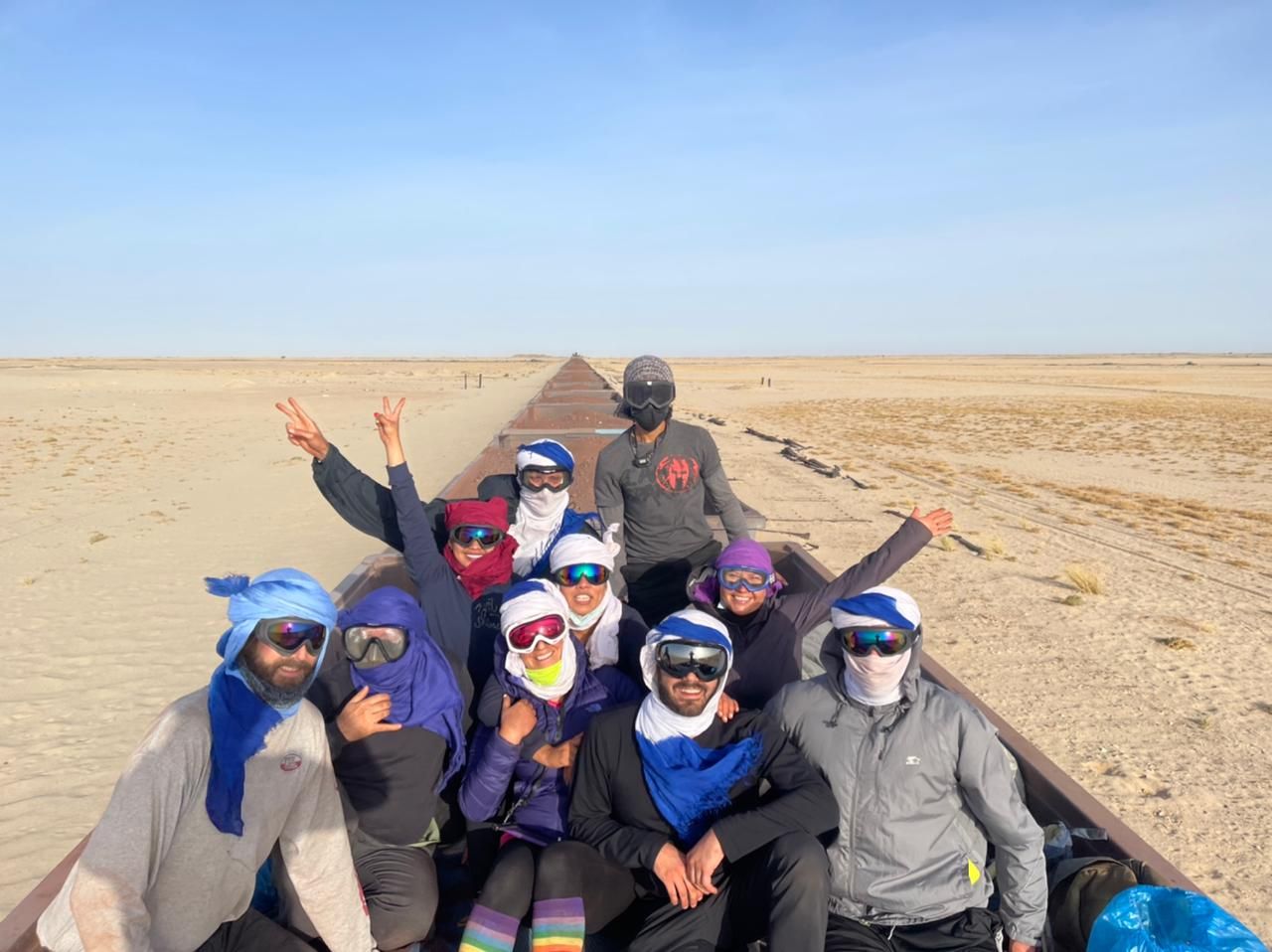 All of these experiences were made possible because of Time4Mauritania, our tour operator that arranged our trip! With their awesome itinerary, you will absolutely experience exciting and thrilling adventures in Mauritania!

One thought on “The Adventures in Mauritania – Our Ultimate Iron Ore Train Experience!”

15 Things to do in Provincetown, Massachusetts [With Suggested Itinerary]