Although Sucre rarely makes the top of travellers’ itineraries, it’s slowly becoming popular as a cheap – and, more importantly – stunning destination. Among the incredible things to do in Sucre, Bolivia, find museums dedicated to fascinating local traditions and hikes through landscapes that’ll make you wonder if you’ve somehow slipped back in time. It goes without saying that those who venture to the beautiful, Andes-surrounded ‘White City’ are never disappointed. 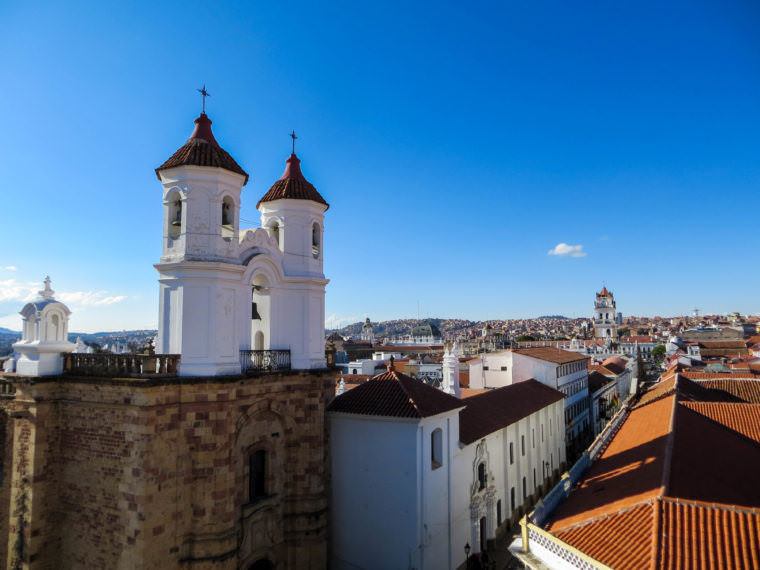 But is it even safe to travel in Bolivia?

If I got a pound for every time someone told me that Bolivia was far too dangerous for tourists, I’d no longer be staying in budget hostels. Even residents of neighbouring South American countries are convinced you’ve a death wish by heading across the border.

Don’t be taken in by the overblown scaremongering that surrounds Bolivia. As with any South American nations, caution is necessary to avoid being scammed or wandering into the wrong part of town. But Bolivia is not a dangerous country, so ignore its reputation and instead discover for yourself why it merits your time. 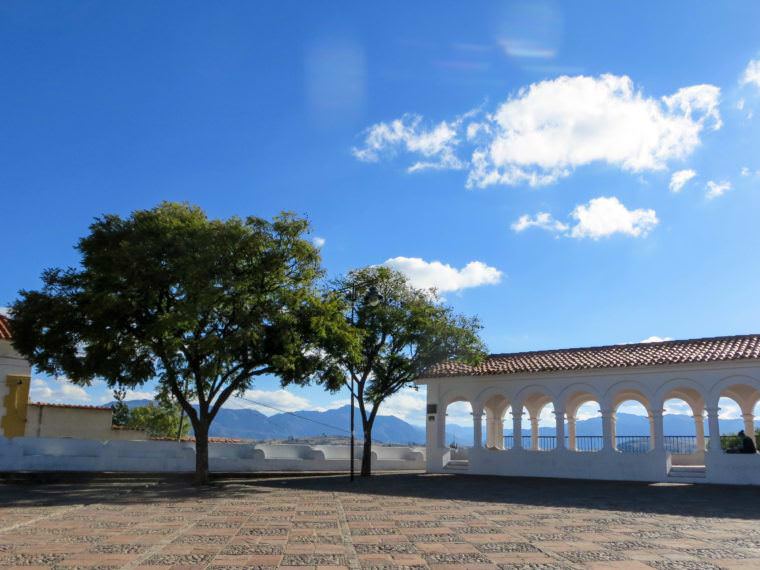 If you’ve ever heard of Sucre, it’s likely for one reason: it’s a very popular place to study Spanish in Latin America. Not only are classes cheap (as little as £4.50 per hour for individuals) but Bolivian Spanish is known for its clarity and for being spoken with an accent that’s easy to understand.

Studying intensively for a week or more is a great way to get a foot onto the linguistic ladder and will certainly help with your travels in the rest of the country, where English-speakers are few and far between. It’s also a guaranteed method of meeting other travellers and acquiring new companions for when you move onto your next destination.

Whether you’re in the market for buying your groceries or just want to experience the bustle and smells of this truly unique South American experience, head to the Mercado Central (the Central Market). Try a local delicacy, the salteña (a meat-filled pastry) and feast your eyes upon chaotic mounds of fruits and vegetables, cakes smothered in brightly-coloured cream and butchers’ hooks swinging with the skinned carcasses of sheep and cows. 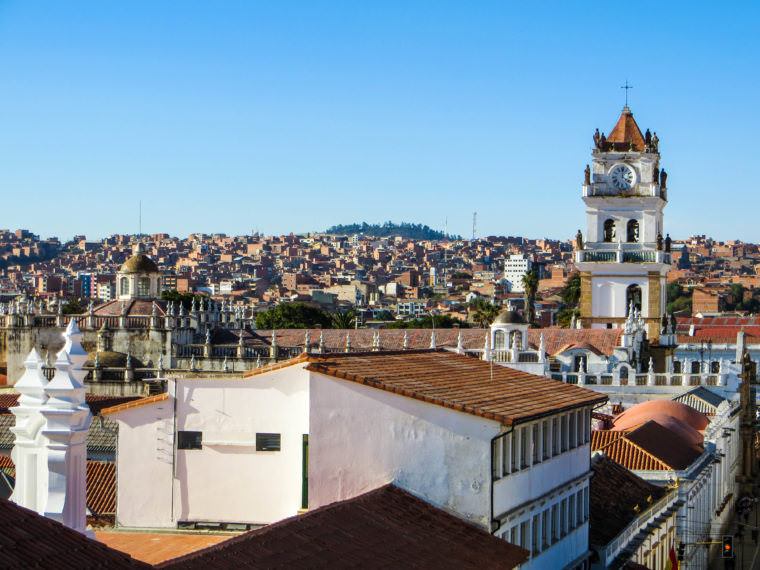 Upstairs, try breakfast, lunch or dinner for less than a pound; there’s no experience quite like slurping on your soup or digging into a huge bowl of pique a lo macho shoulder-to-shoulder with the locals.

3. Look up at the world’s largest collection of dinosaur footprints 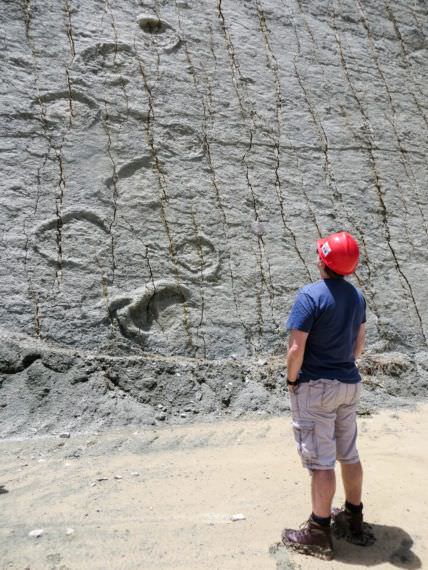 Parque Cretácico, 5km from the city centre and on the grounds of a concrete company, might seem an unlikely location for the most dinosaur footprints ever found in one place, but then again, Bolivia has a tendency to surprise.

Wander around the museum, which has life-size models of some of the dinosaurs responsible for the footprints, before encountering the star attraction: the Cal Orck’o wall. Here, no fewer than 5,000 dinosaur prints can be admired, some patterned in trails of up to 20 meters long and all of which were left millions of years ago, in what, at the time, was wet clay.

Arrive just before 12pm or 1pm to be able to walk down into the quarry and view the prints up close.

4. See indigenous textiles in the Museum of Indigenous Art

Textiles have played an important role in Bolivia for over 5,000 years, both as a way for individual communities to express their identities, preserve their cultural heritage and, more recently, as way of earning an income.

One of the best ways of learning more about this tradition is in the Museum of Indigenous Art, where complex, colourful weavings handmade through the ages are on display. Handcrafted by several indigenous groups, they reflect their religious beliefs, representing everything from heaven to the underworld, with some weavings of community life also thrown in.

With guidebooks in various languages on hand, this museum allows you to learn all about this tradition as you wander around the museum, which also includes sections on traditional music, dance and important archaeological finds from the Chuquisaca region.

5. Marvel at the breath-taking display of masks at the Museum of Ethnography and Folklore

Home to a handful of permanent exhibitions, a visit to the Museum of Ethnography and Folklore is another must on this list of things to do in Sucre, Bolivia. Head directly for the most interesting part: its collection of around 50 masks that have been decorated to represent different figures from the religious beliefs of indigenous groups across the country. 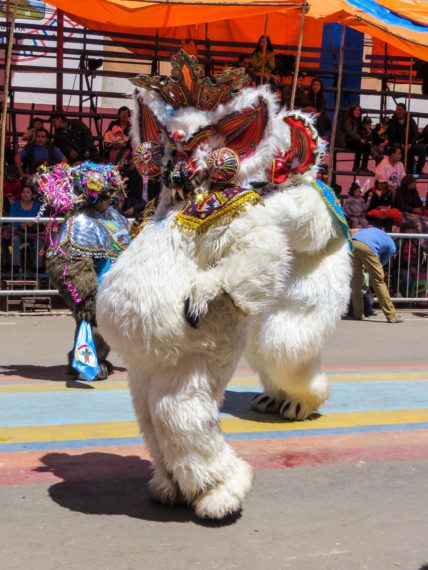 All of the masks on display have been used across the ages in religious ceremonies and festivals and some still make an appearance in huge parades at events such as carnival each year. The modern are ornately handcrafted and, in some cases, utterly horrifying. Whether you understand the Spanish explanations or not, just wandering through the museum and taking in these exceptional examples of Bolivian craftsmanship will teach you a lot about the country’s complex culture and traditions.

6. Pay your respects to the dead at the Cementerio General

Although it might seem a little morbid, Bolivia’s cemeteries are yet another way of learning more about day-to-day life – and death –  in the country. Sucre’s huge General Cemetery is peaceful place of manicured lawns and huge walls of niches (sealed graves) where plaques, photographs and small mementos (such as toys or even small bottles of coca cola) placed in front of the niche give a sense of the person who lies within. 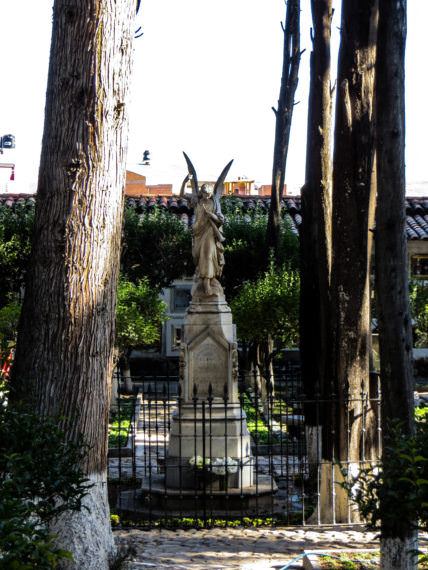 You’ll also come across the grand tombs where rich families are buried, as well as some of the 100 children who actually work in the cemetery, cleaning or tending the graves and even being payed to pray for loved ones. Children are believed to be closer to God and so their prayers are considered more powerful. 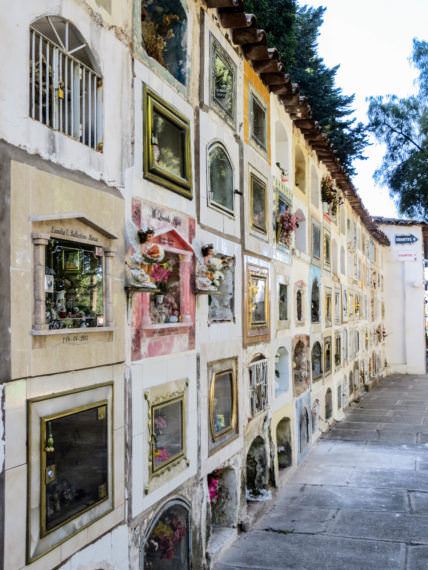 If you’re around for Todos Santos, celebrated on October 31st, the cemetery takes on a whole different atmosphere as families come to pay respects to the dead and even hold picnics together on the grass.

7. Hike through the surreal, ancient landscapes of the Maragua Crater

Once you’ve explored the city, take a trip out to probably the most bizarre terrain you’ll have ever encountered: the Maragua Crater. This strange circular pit surrounded by protruding teeth of colourful rock is believed locally to have been formed by a meteorite colliding with the earth, but whether that’s true or not, the whole landscape is truly mesmerizing. 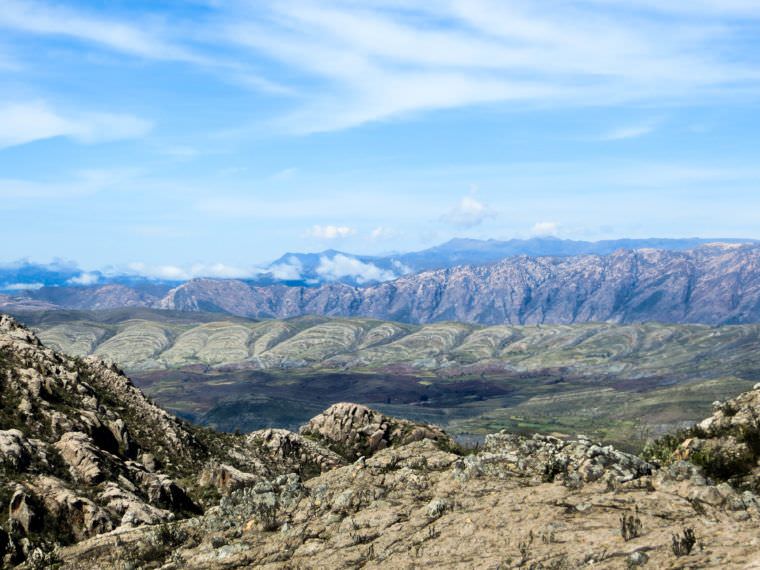 Multi-day hikes with nights in locally-run cabins take you to 2,000-year-old cave paintings daubed on a stretch of overhanging rock and down a winding leg of paved Inca trail, a relic of the thousands of miles of trails that once criss-crossed the Andes.

You’ll also come across huge dinosaur footprints trapped for eternity in baked mud (including the largest of its kind in the world) and stop in tiny communities where weaving remains the main occupation for the women and who are happy to show (and sell) their wares to curious visitors.

Where to Stay in Sucre, Bolivia

One of the best breakfasts in town, the Beehive is staffed by volunteers who work in exchange for free accommodation (making it an ideal place for those hoping to stick around a little longer). Accommodation is in comfortable shared dorms and a handful of double rooms, completed by a huge kitchen, grassy courtyard area with hammocks and the best breakfast in Sucre. 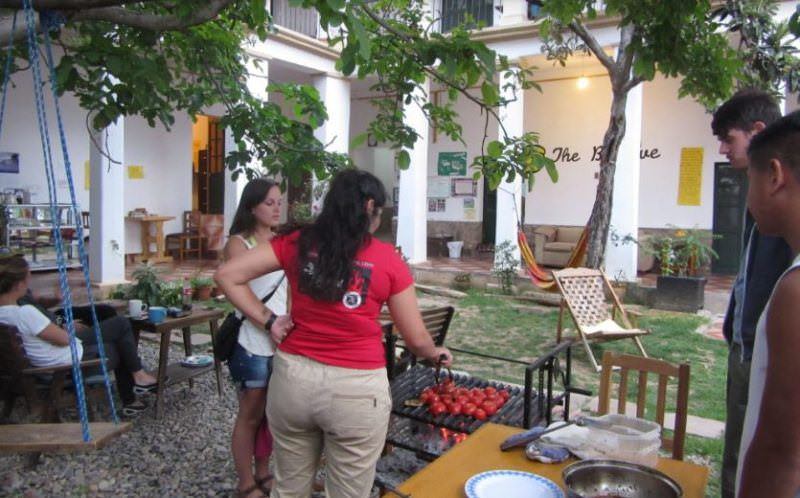 They also have delicious homemade cakes on sale and operate as a community centre working with local women, meaning your money goes back towards aiding people in need.

The spacious rooms at Casa Al Tronco feature a private bathroom with a shower and free toiletries. Linen is included. 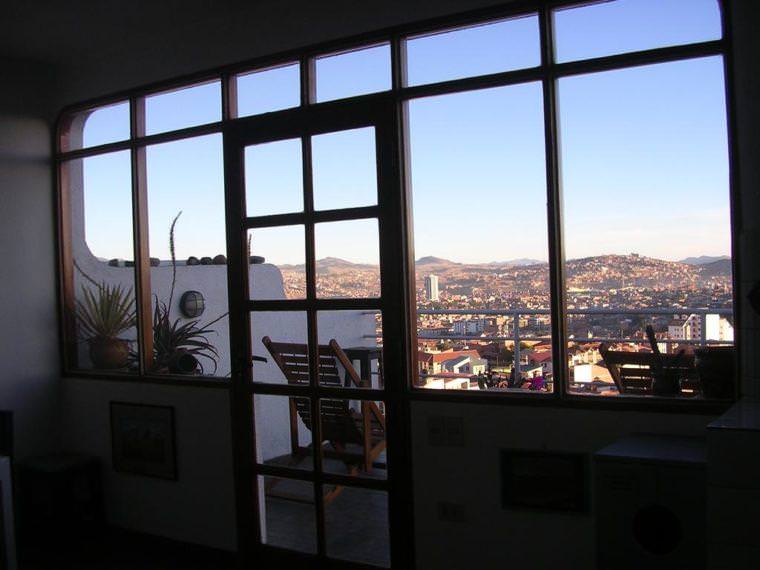 In an XVIII century Spanish style house, with terrace views of Sucre and a patio with a water fountain and hand-painted tiles. Su Merced is only 250 m from picturesque 25 de Mayo Square and 3 blocks from the Liberty House, dating from 1630. Sucre Airport is 7 km away. 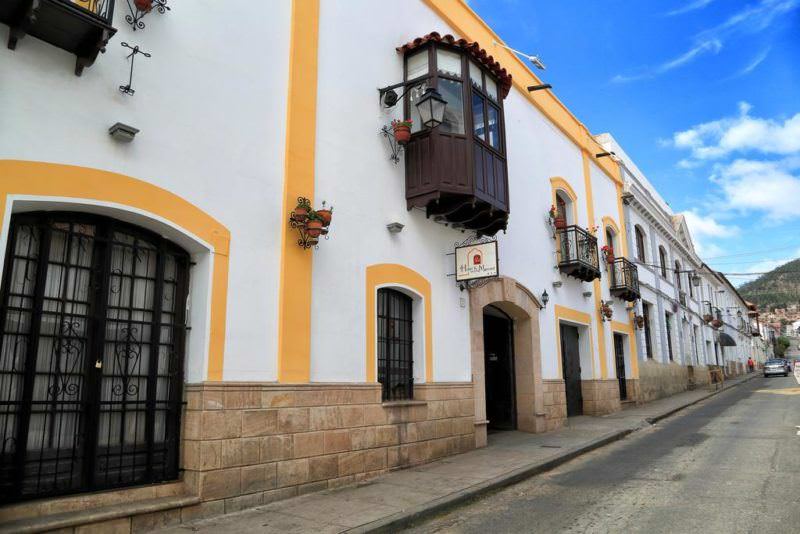 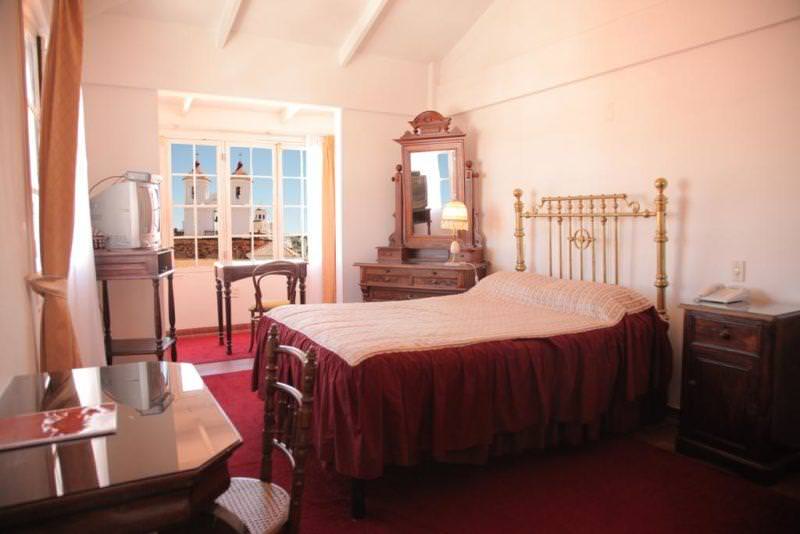 Guests can expect a full buffet breakfast with home-made breads, cereals and fruits which can be enjoyed at the many seating areas of the central patio and garden. The restaurant serves local specialties and features room service. 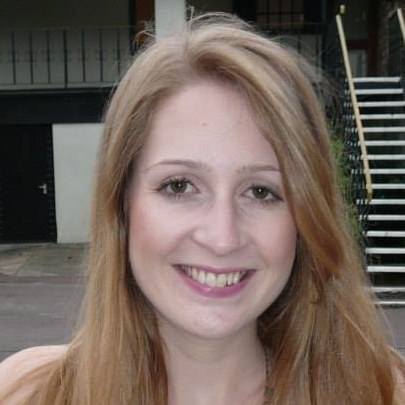 Digital Nomads! How to shop in the US from abroad and deliver worldwide! @usdelivered

7 Awesome Things To Do in Seychelles @youcouldtravel