An epic made simple – this encapsulates the Pilbara region in Western Australia. It is the kind of place that makes miniature moments feel enormous. There is a magic about it that transforms the commonplace into significant, life-affirming moments.

It must be the dramatic landscape. Suddenly, you are transported into a faraway land with vast, open spaces and colossal mountain ranges with geology no less than a visual reminder that the Earth is alive and has been breathing and moving since ancient times. 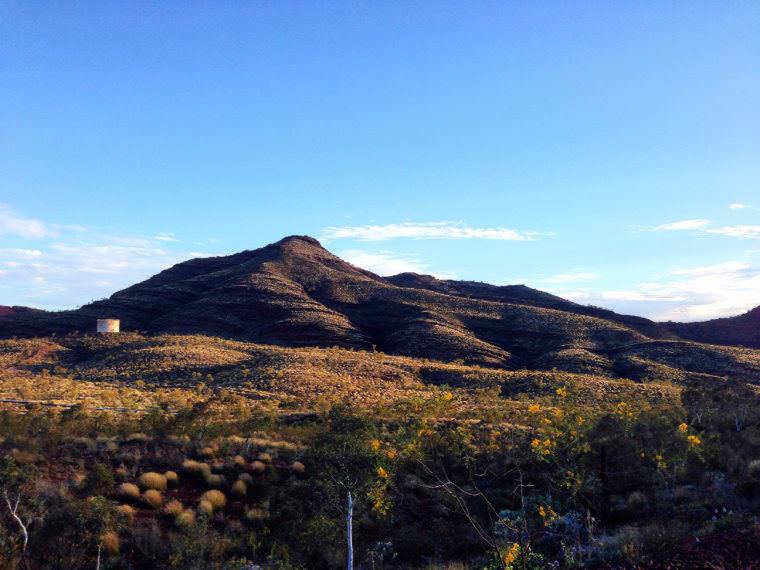 Yes, out in the bush may not be on top of the itinerary for many people coming to Western Australia but it is a special experience you should not miss. You will be surprised by what you find. It is far from a big pile of dry, red dirt in the middle of nowhere. The amount of beauty around here is shocking – almost surreal. Sometimes I wonder if I am looking for a computer wallpaper!

So if you happen to be flying in around here, venture further north out of Perth and have a little adventure. Wirlankarra yanama Yurlu nyinku mirda yurndarirda: “Go with a clear, open, and accepting the spirit and the country will not treat you badly.”

1.  Catch the sunset at Mt. Nameless

One of my favorite tender moments is watching the lemon-sherbet light of the morning sun trickle like honey from the backyard of my boyfriend’s apartment with the grand Mt. Nameless glowing in the distance. I thought he was treating me to some famous Australian humor when he said the mountain is called Mt. Nameless, but when we climbed it in his 4×4, the sign proved it! 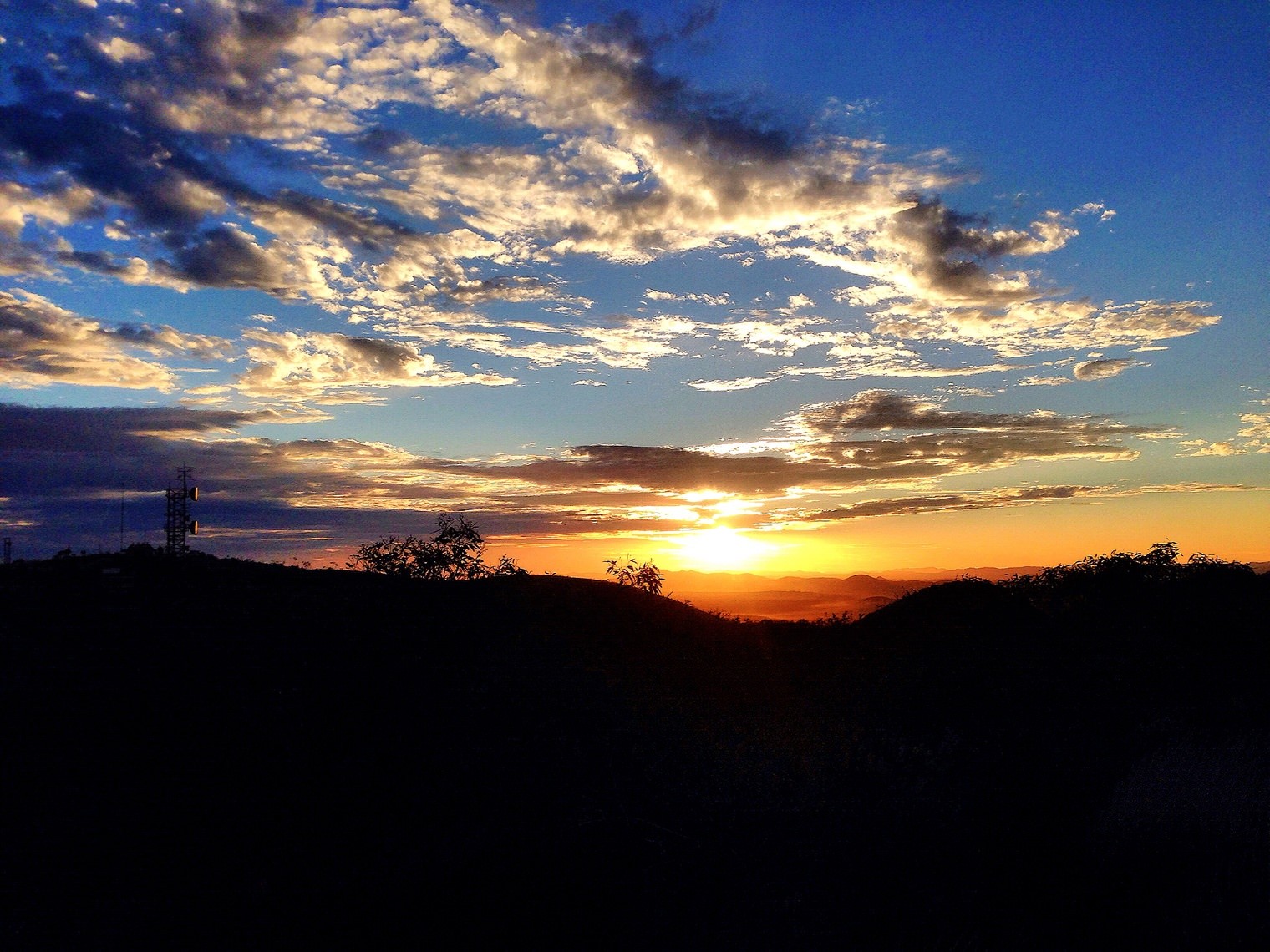 The mountain is sensational, made of astonishing shale the color of clay pots. Looking around, it feels like I am standing on top of a massive red velvet cake. In the distance, the mountain is covered in a bush that creates an enchanting mermaid’s tail pattern, quite common in the many mountain ranges here. 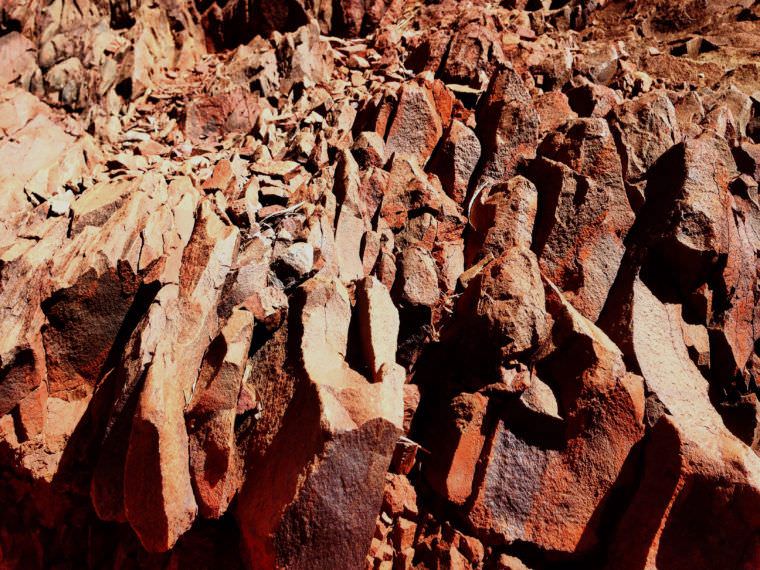 And in an interesting turn of events, we found out that Mt. Nameless is not nameless after all! An exhibit on the Visitor’s Centre at Karajini National Park revealed traditional owners, Eastern Guruma people, call it Jarndunmunha.

2. Swim in the gorges at Karajini National Park. 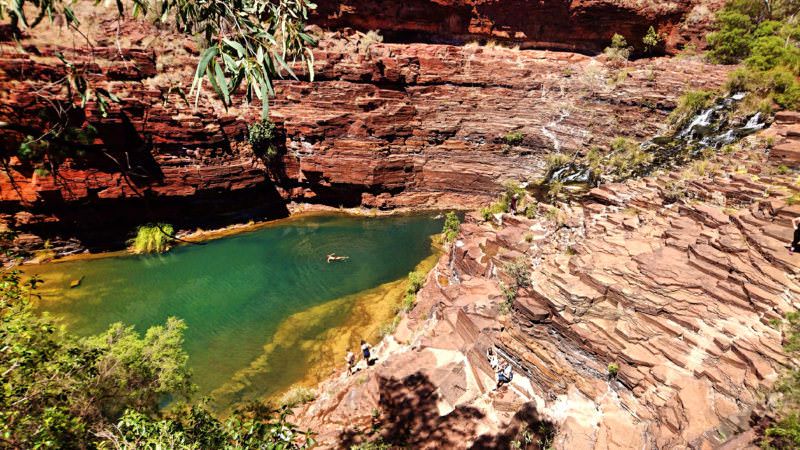 Covering a staggering amount of land that holds a multitude of natural wonders including forests, mountains, cliffs, waterfalls, walking trails, and wild animal loops, Karajini National Park is every bit phenomenal. But its true virtue is the spectacular gorges. It starts off simple enough: you walk through rocks in the lush park, and everything is nice and beautiful. Then, you reach the edge of a cliff with a chasm 100 ft. Below!

Gigantic walls of shale millions of year’s old guard the gorges with cool cascading waterfalls. The seductive clear waters glow like a massive emerald with tiny jewels of light darting across it. I doubt even the most luxurious pool in the world can match the experience of swimming in these inviting waters. 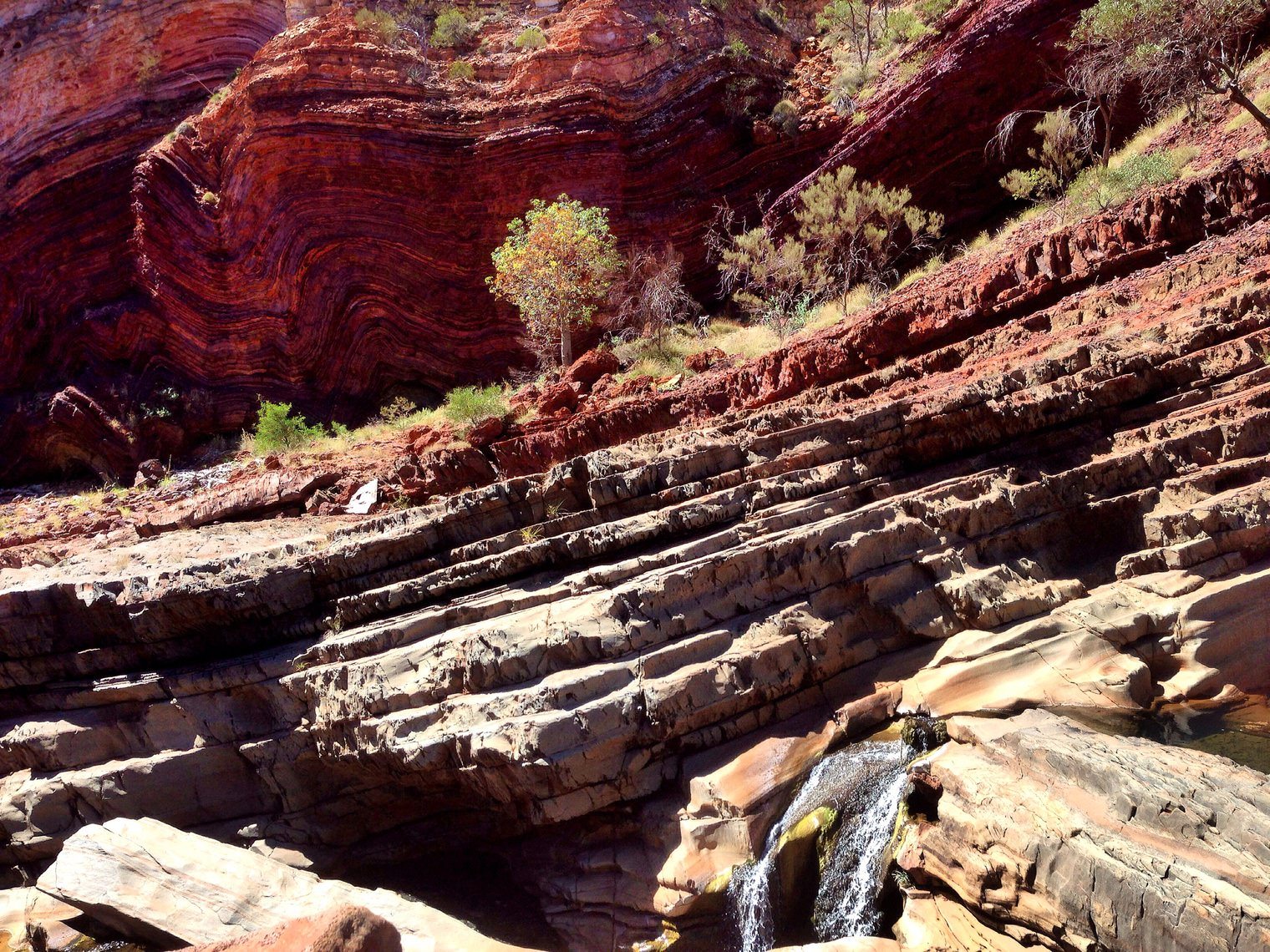 Similarly, it is not hard not to miss the towering termite mounds all around Karajini National Park. It can get pretty intimidating for they grow taller than people yet it remains a fascinating oddity that only adds to the enigma of the place.

On our way to Hamersley Gorge, my boyfriend made an early turn that made us lost for a moment, but in exchange, we were rewarded with a view of a pair of kangaroos calmly crossing the road. Oddly, we saw another kangaroo as we traveled to Newman, but this one is hanging out with a dingo – its natural predator! No tension or anything – they just stood there like they were discussing last night’s footy. We have also seen a gorgeous stallion out in the wild, running with a donkey of all things! 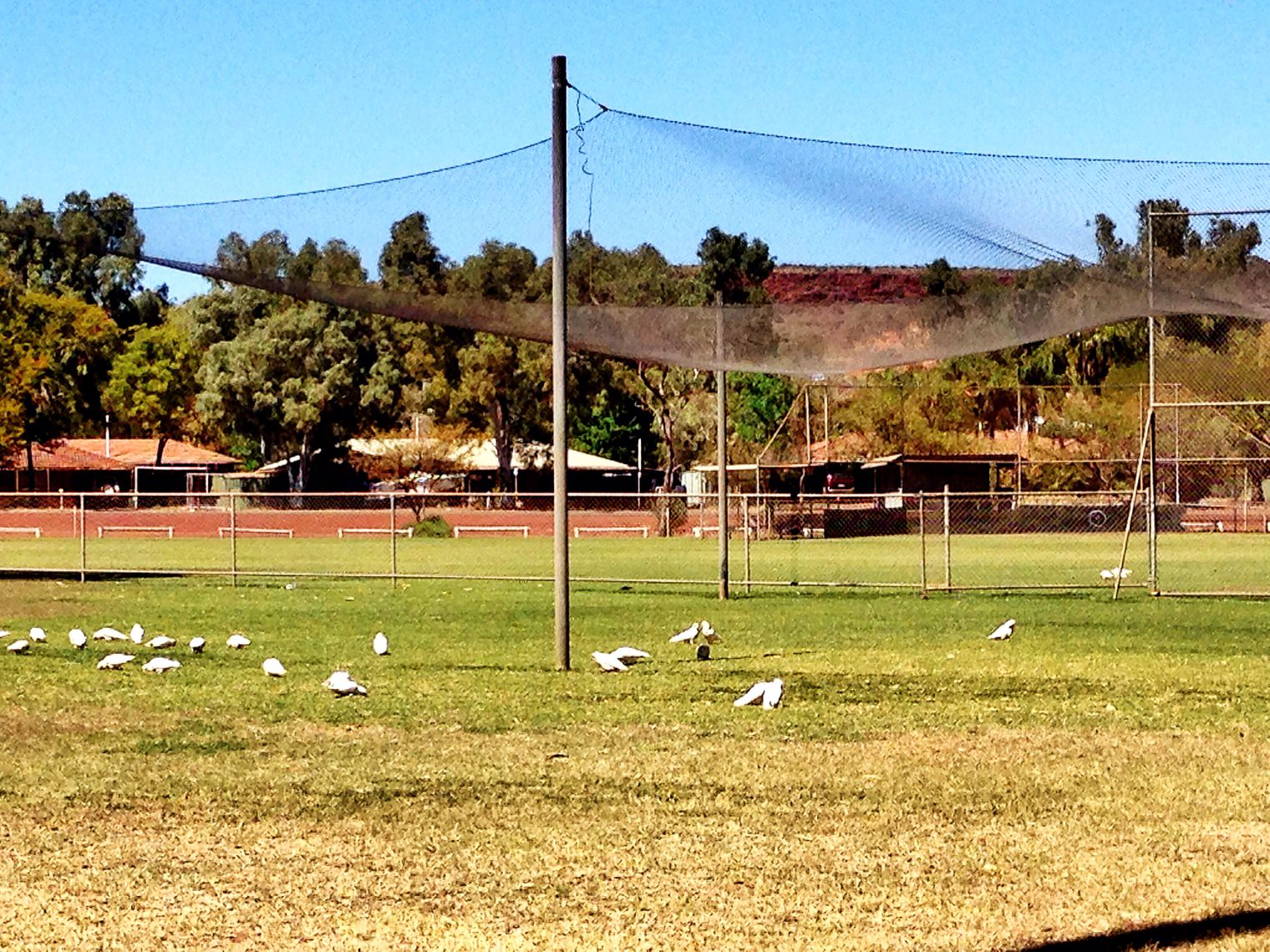 Wildlife is extremely rich and diverse in Pilbara, Western Australia. The internet is far from joking! But I am most partial to the birds. Everywhere you look there will be an assortment of them. Just from the backyard, we are frequently visited by the galah with its charming rose scarf, the mudlark, which is a smaller magpie, and even the timid ibis! Larger birds like hawks, eagles, and crows are common too, but obviously not in the residential areas.

4. Sit in a cafe and have tea with corellas.

In Tom Price, there is a lovely cafe called The Pickled Bean, and on a weekend, it is the best place to have your morning cup on a patch of sun while listening to live music punctuated by the fun and playful sound of the corellas. 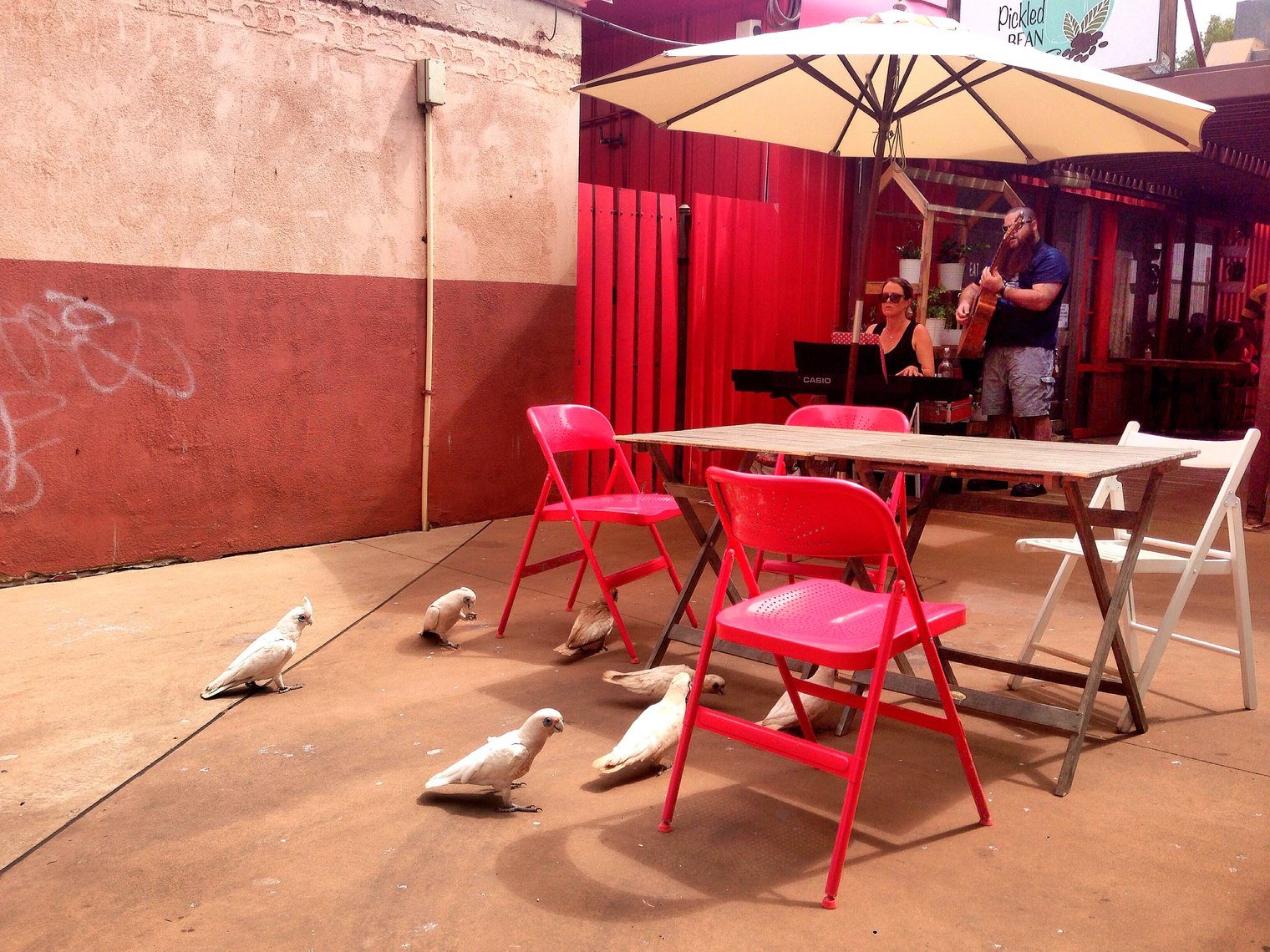 They are incredibly beautiful white cockatoos with a hypnotic blue eye-ring and a pale rose mask around the eyes and bill. They hang around people having a feed hoping to grab a meal of their own out of the crumbs. But I especially love seeing them in a flock pecking on the grass or lounging in the tree branches splintering the leaves like specks of white chocolate over pistachio ice cream.

5. Marvel at the beautiful wildflowers.

Around springtime, there are seas of purple, yellow, white, and red to enjoy. The wildflowers are plenty and pretty. You can drive for hundreds of kilometres and never get bored with these beauties outside your window. 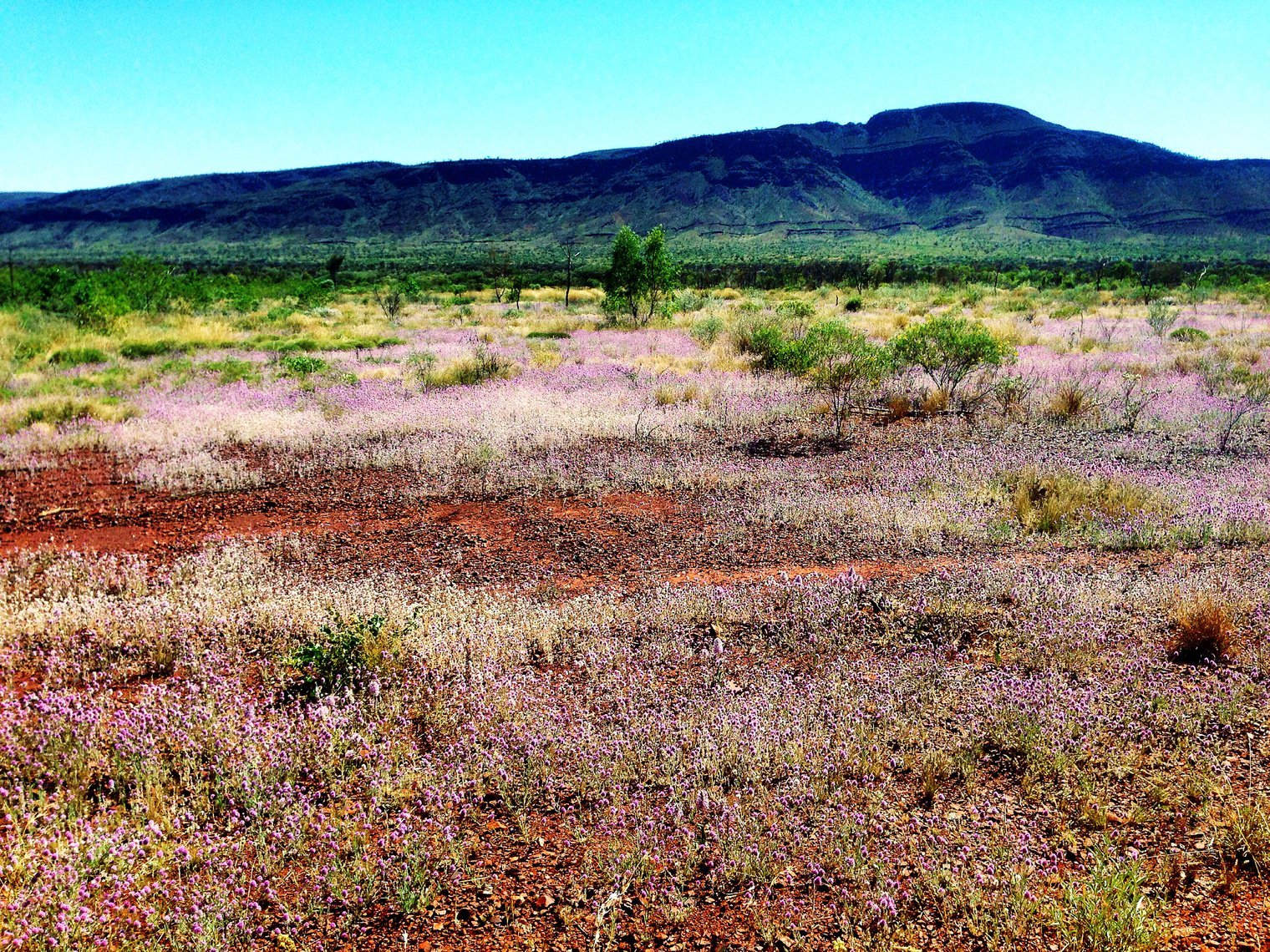 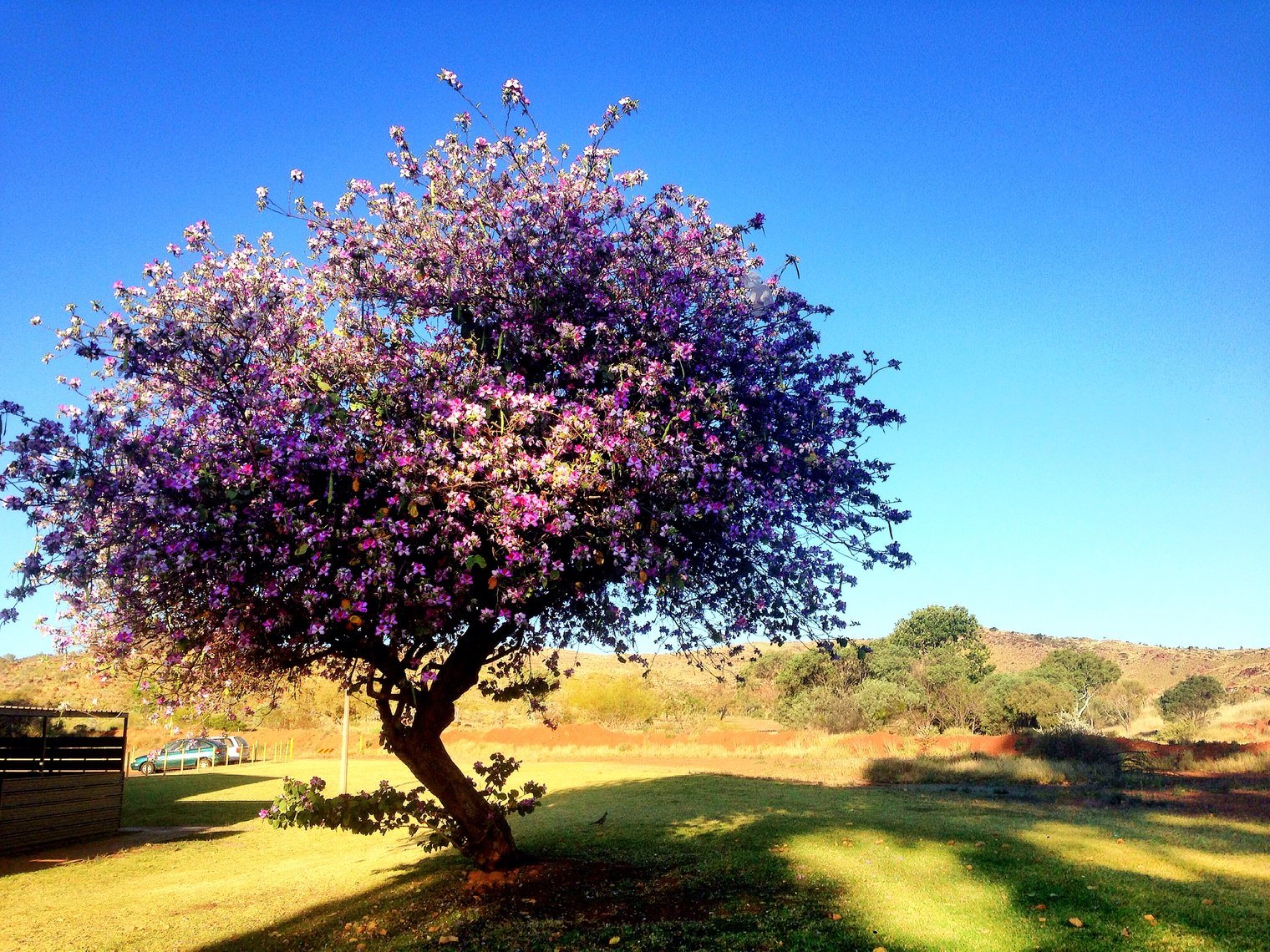 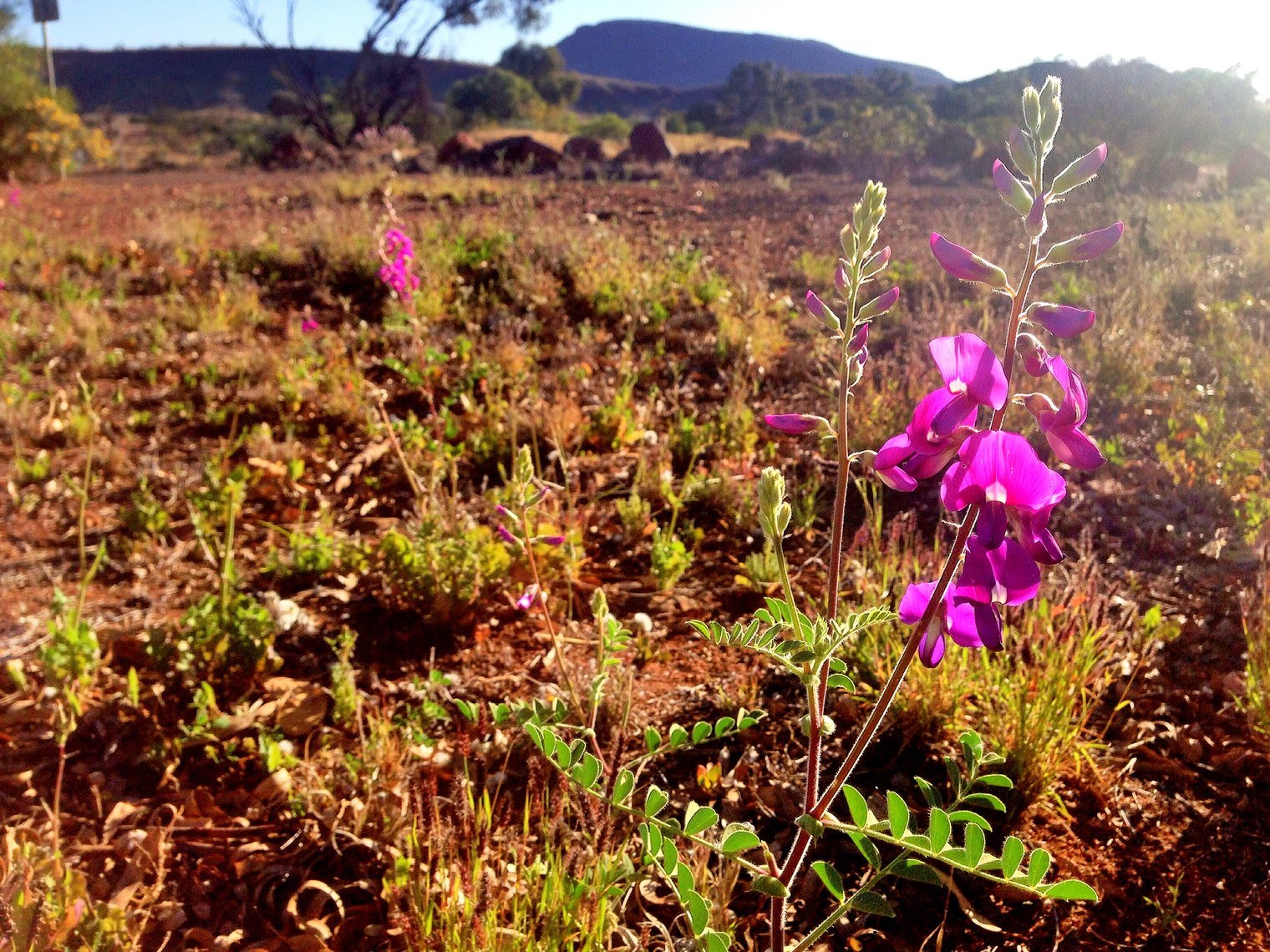 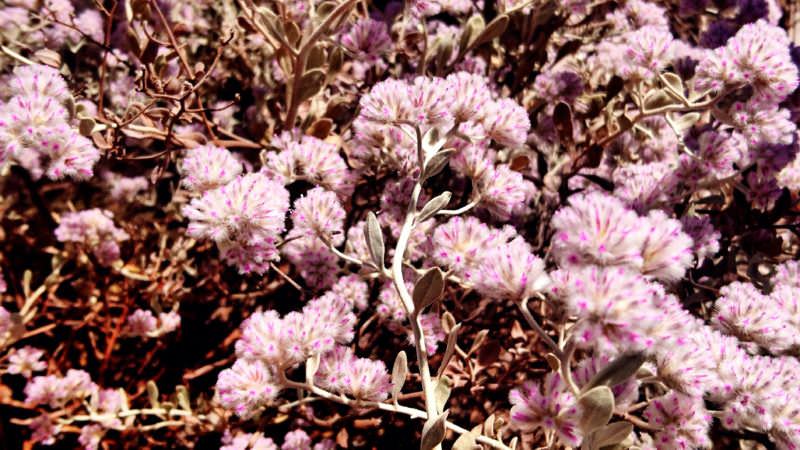 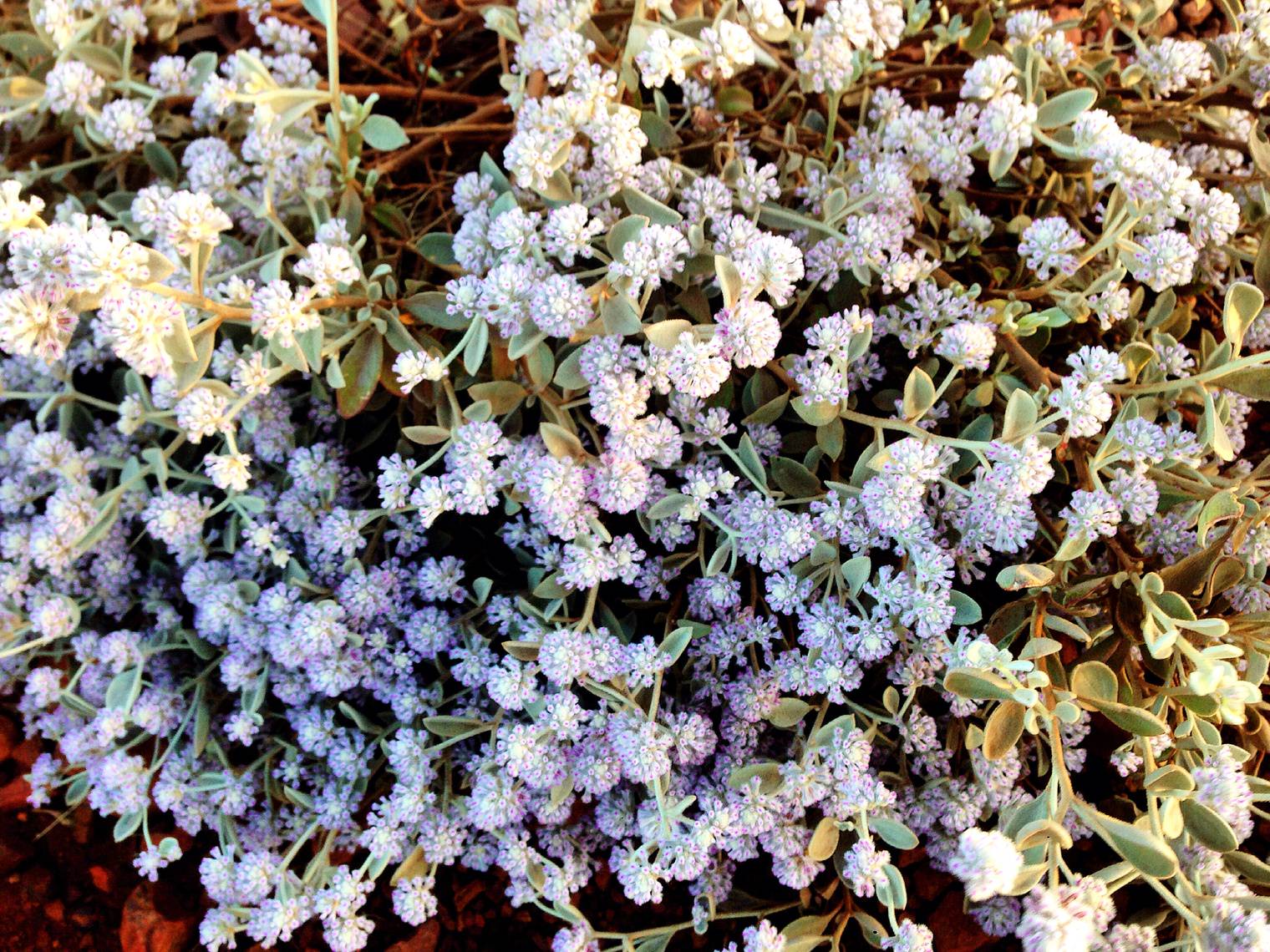 This is such a unique experience because there are hardly any places that do this anymore. First time for me, too! But instead of a romantic treat, this is more of a family night out for the locals. The parents take the kids out and everyone parks their cars backwards, unloads the chairs and blankets, and has a good time watching back-to-back movies under the stars.

Because the towns up north are often small and far between, there is always something happening within the community, especially during the weekends. Join the locals and participate in the many events including music, arts, and culture fests and community markets. 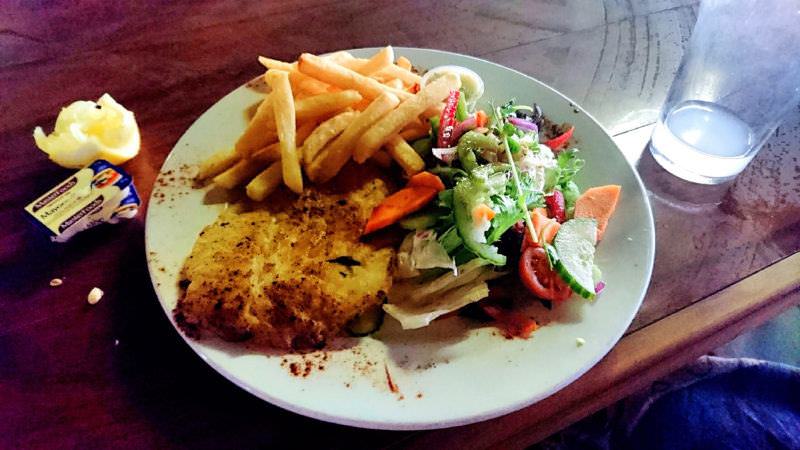 Admittedly, my first fish and chips meal in Karratha came out strongly un-Australian. Yes, it was by the beach, complete with greedy seagulls in the background, but I had the fish with a salad! However, balance in the universe was restored when we went to nearby Dampier and had a proper grilled meaty fish with thick chips that are crunchy on the outside and moist on the inside. As a bonus, this food we enjoyed at sunset overlooking Hampton Harbour. 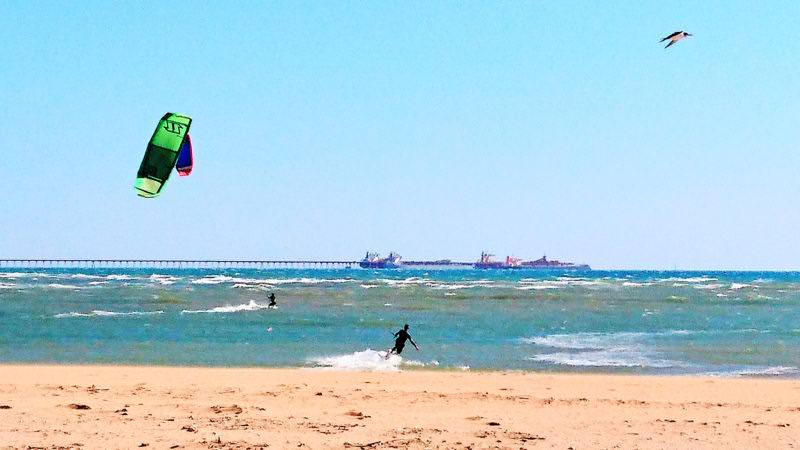 While chasing seagulls in Port Samson, we saw a group of blokes having a go at windsurfing. The weather is ideal, but for an islander like me, it was freezing! As an antidote, stop by Tata’s and grab a hot chocolate. It is a cozy little coffee shop with bright and colorful artsy installations, but more important, nice warming drinks! 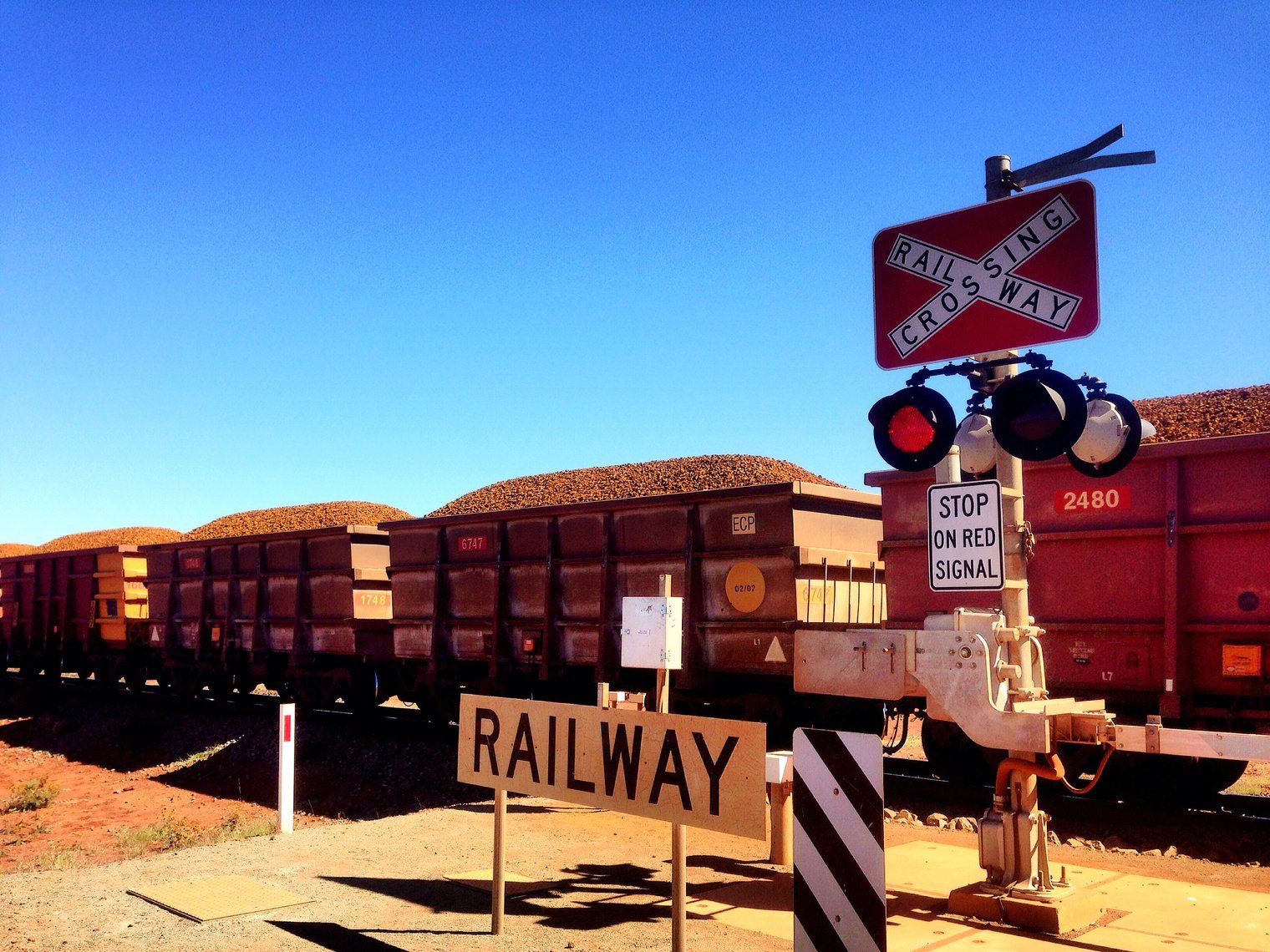 Mining is predominant in this region, which interestingly competes with the country’s nature conservation and preservation values. Trains and train tracks are strewn all over to carry the products to the ports before getting shipped worldwide. There must be 200 railroad hopper cars in every trip. With all the digging they do around these parts, it is a wonder there is still land!

Australian football is unique. It has a little bit of everything: basketball, rugby, American football, and football or soccer. It is infinitely better than the sum of its parts. Mainly, I am a mixed martial arts girl, but after my boyfriend introduced me to footy, I am hooked! It is a demanding sport that requires well-rounded fitness and skills. The fans are great too, and needless to say, fiercely loyal! My boyfriend says it is very un-Australian to change teams. You pick one, and that is it for life. 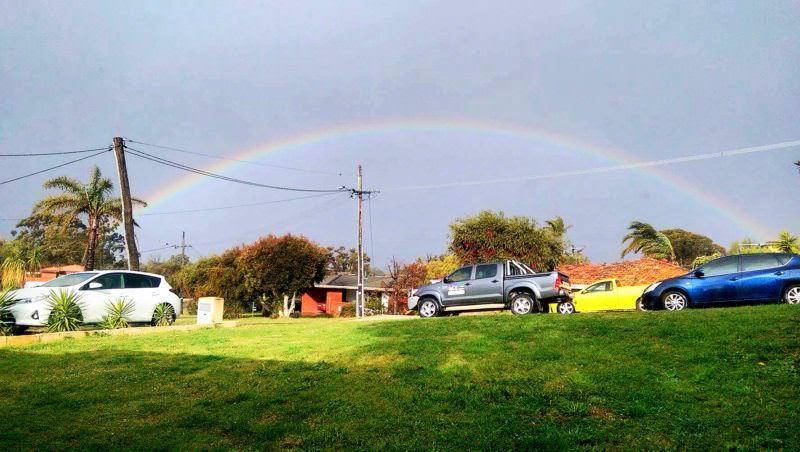 Spring is finals footy time, too. We watched it in Perth, half in the house of my boyfriend’s brother, and the other half in the neighbours throwing a pizza party for the grand final. People usually gather in homes, pubs, have barbecues and viewing parties, and just come together to enjoy the last match of the season. It is an institution and a tradition for locals. 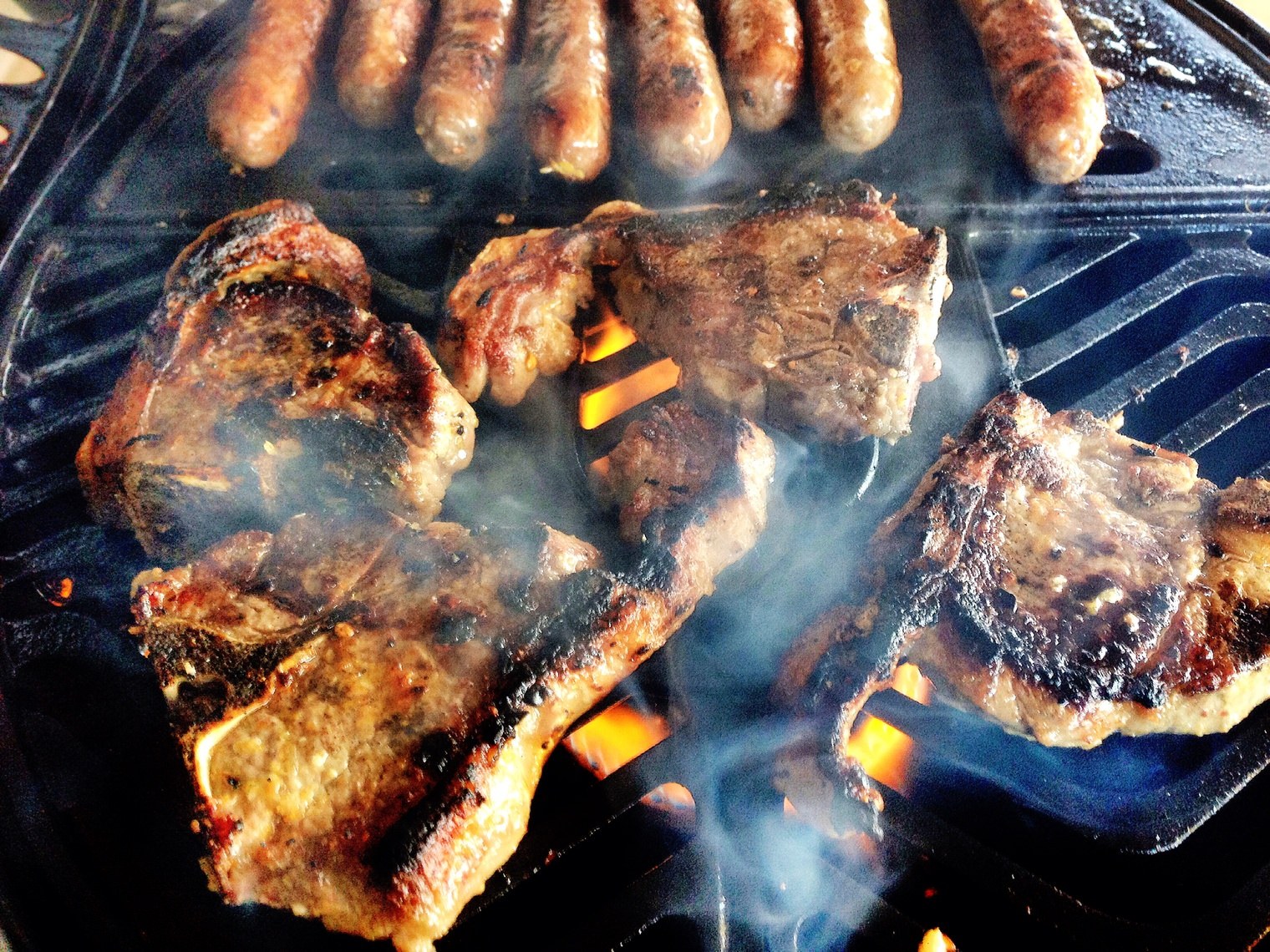 No trip to Pilbara, Western Australia, or Australia for that matter, will be complete without a barbecue. My boyfriend and I shared one with beef sausages and lamb chops. It was the absolute best way to load your body with grease and possibly suffer from a mild stroke, too. For sweets, move over Tim Tam. Have a piece of Australiana and eat sickly sweet honeycombs that you can buy in supermarkets. You have to try one – or 20!

One thought on “10+ Things to Do in Pilbara, Western Australia”

German Phrases That Every Traveler Needs to Know