The very first time we visited Key West in 2015, we fell in love with the place. The unique, creative personality and free-spirited attitude of this eccentric little city means that it’s always alive with people, music, art, and entertainment. 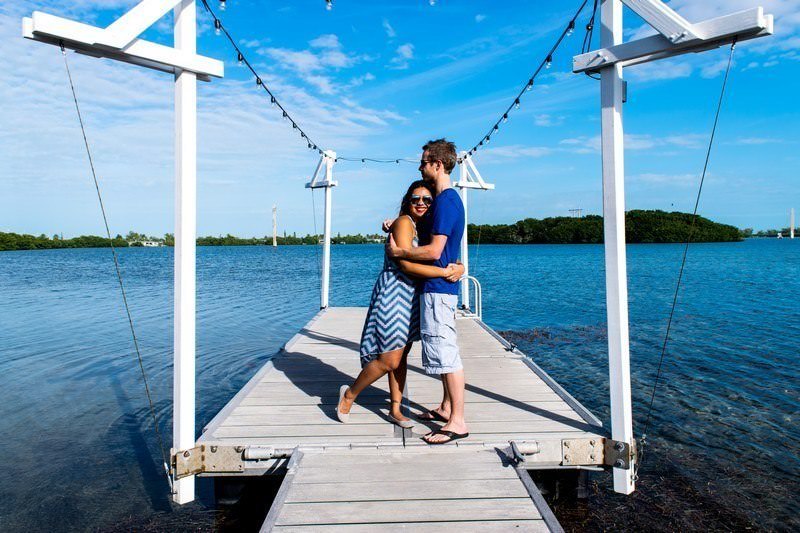 I like to think that it was these character traits that drew Ernest ‘Papa’ Hemingway here in 1928 and kept him returning until soon before his death in 1961. When we were invited to return to check out a new local rum distillery in Key West, set to produce rums infused with the spirit of Papa himself, Papa’s Pilar, we had to say yes!

Our trip to Papa’s Pilar Rum Distillery in Key West coincided with the biggest event on the Key West calendar, Fantasy Fest, where vibrant locals and visitors from all over the country gather in the square, in the bars, but mostly in the streets to celebrate everything Key West is all about. For one whole week, the atmosphere in the city builds as more and more people fill the streets, dressed in outfits ranging from the curious, to the extravagant, to the… well, the simply non-existent! Every year a theme is chosen for the event, and local groups build festival floats that parade through the streets on the final night.

Kach had wanted to experience this one-of-a-kind festival of extravagant self-expression ever since she first heard about it over two years ago, so the opportunity to combine it all with a VIP Key West rum tour at the Hemingway Rum Co. Papa’s Pilar Distillery was nothing short of serendipitous. 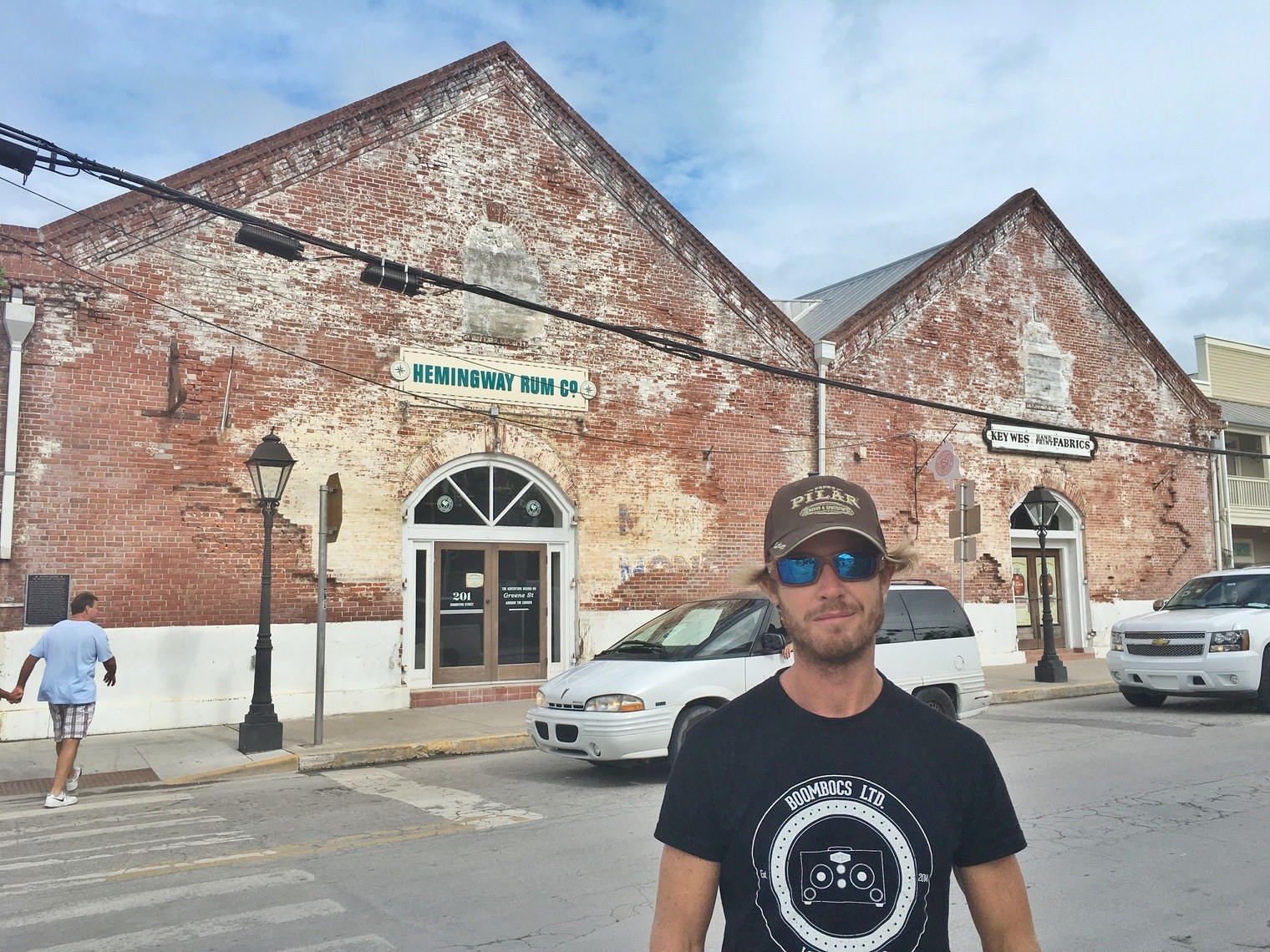 Having traveled the world for over four years we have been living in the Florida Keys, just 50 miles from Key West, since buying our blue-water sailboat here six months ago. Based in the mooring field in Boot Key Harbor, we have slowly but surely been fixing up SV Empress and preparing her for our ocean explorations. The life story of Ernest Hemingway, perhaps more so than the stories he wrote, is an inspiration to us as we strive to live the life we want to live; travel, adventure, and freedom at all costs. The more I learn about the man the more I realize that not only was this exactly how he lived but that he was the champion at it!

We arrived in Key West to find Fantasy Fest festivities already in full swing, and Duval Street lined with elaborately-painted half-naked grown-ups of all ages, shapes, and sizes. We were in for an interesting night! Before we got into any of that, however, we headed straight for the Papa’s Pilar Rum Distillery at the corner of Simonton and Greene, a literal stone’s throw from Key West’s famous Mallory Square. While Papa’s Pilar has been producing great rum for about five years, the new Key West distillery itself opened in May of 2017 and took up residence in the old Wall and Co. tobacco warehouse, built in 1878 as a hub for all tobacco coming into the port from Cuba. This historic building is rumored to have hosted some of Ernest Hemingway’s infamous boxing matches when bad weather prevented a play at his usual hangouts. Rumors are rumors, but some rumors are more plausible than others!

The whole building and its decor feel like an homage to both Hemingway and the adventurous, rebellious spirit of rum. One of the most interesting parts of the distillery tour for me was learning about the story of rum and the role it has played throughout history. I had no idea that sailors in the British Royal Navy were issued a daily Rum Ration until 1974, originally with the intention of purifying drinking water stored on board during long voyages. This mix was called ‘Grog,’ which is where we get the term, ‘feeling a bit groggy!’ The US Navy did the same, although they did away with it much earlier in 1914. 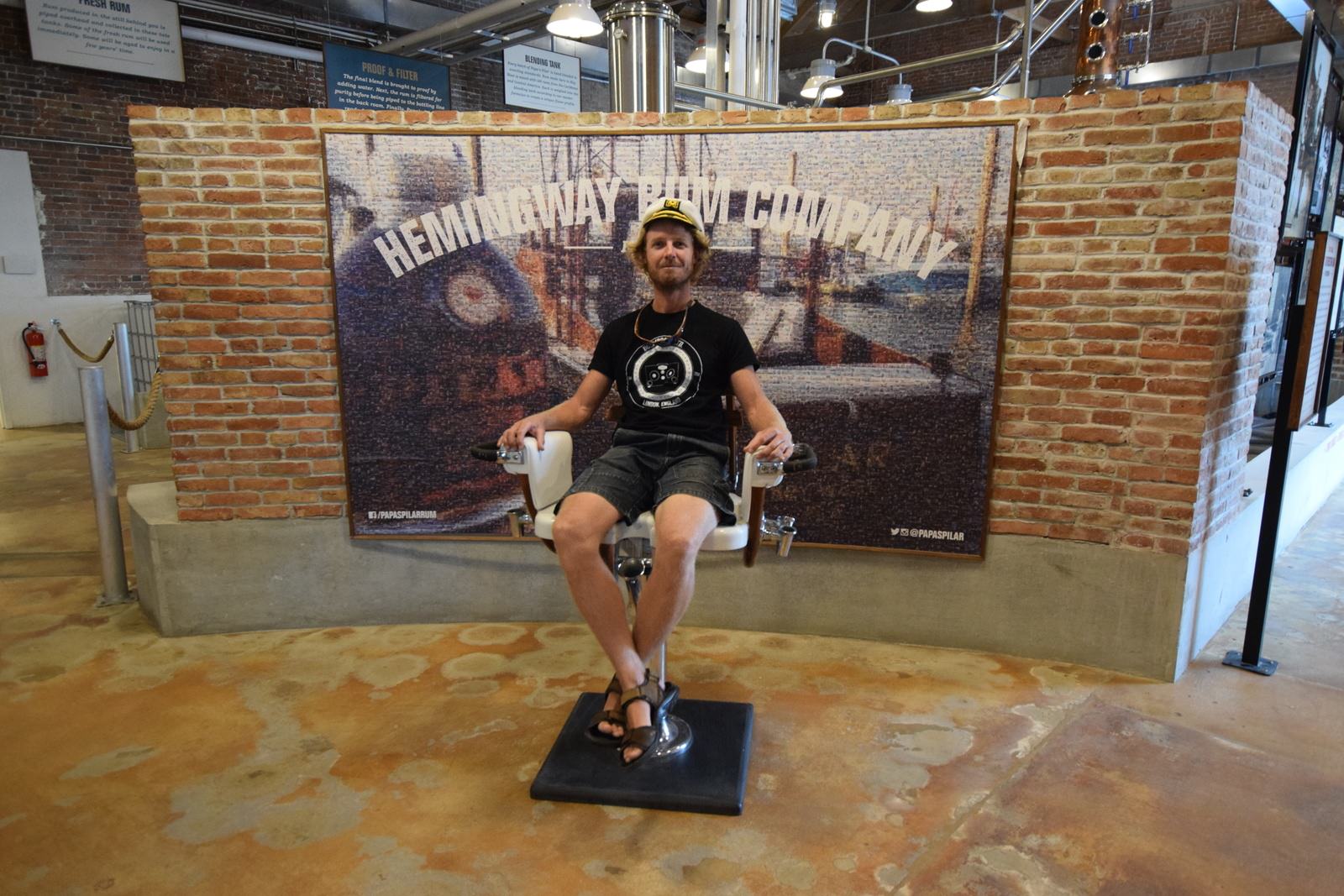 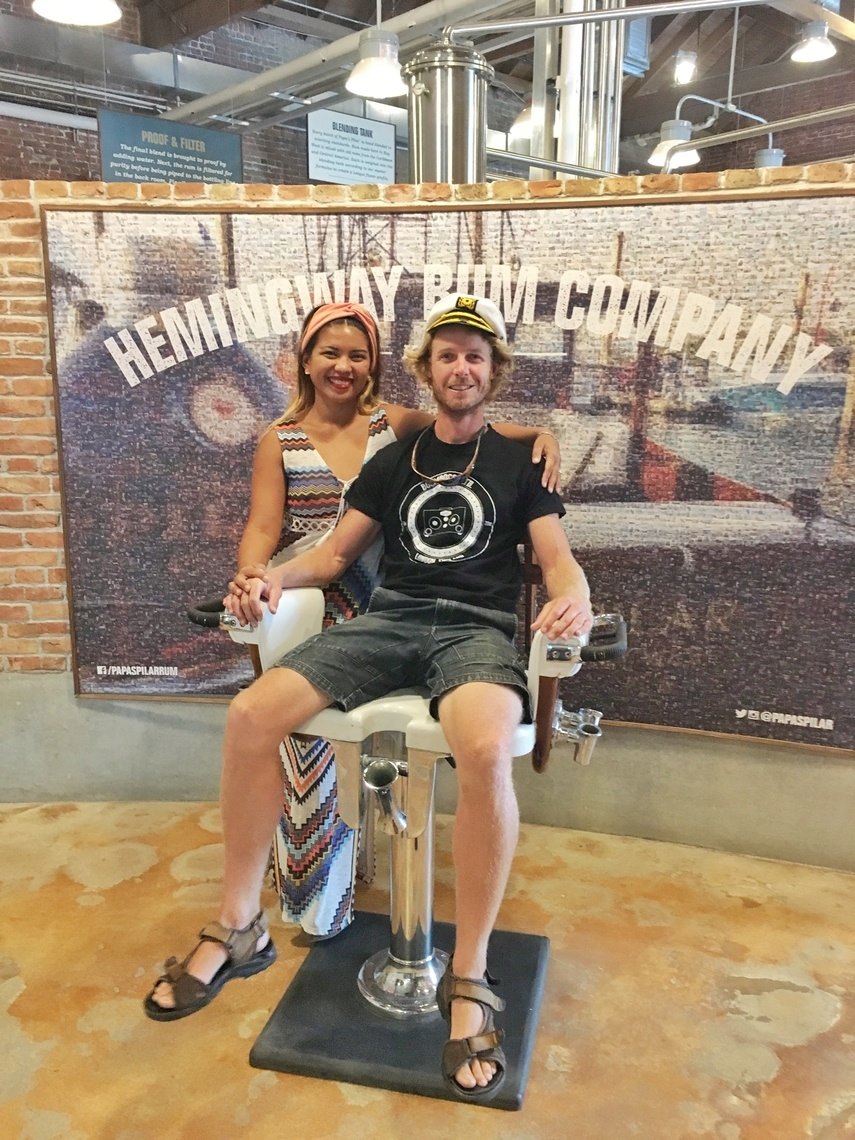 The first thing we were presented with as we entered the distillery display area was a beautiful example of a sports fishing fighting chair, a more modern example of the kind used by Hemingway on his boat, Pilar, to bring in record-breaking catches of tuna and marlin fish. It’s a great place to pose for photos. Named after his second wife Pauline (nicknamed Pilar) Papa’s highly customised Wheeler Playmate 38 was built to order in 1934 and took him on adventures all over the Caribbean and between Key West and Havana, where the boat still resides to this day. These trips influenced several of his books, including The Old Man and the Sea, and Islands in the Stream. Hence the name, Papa’s Pilar. 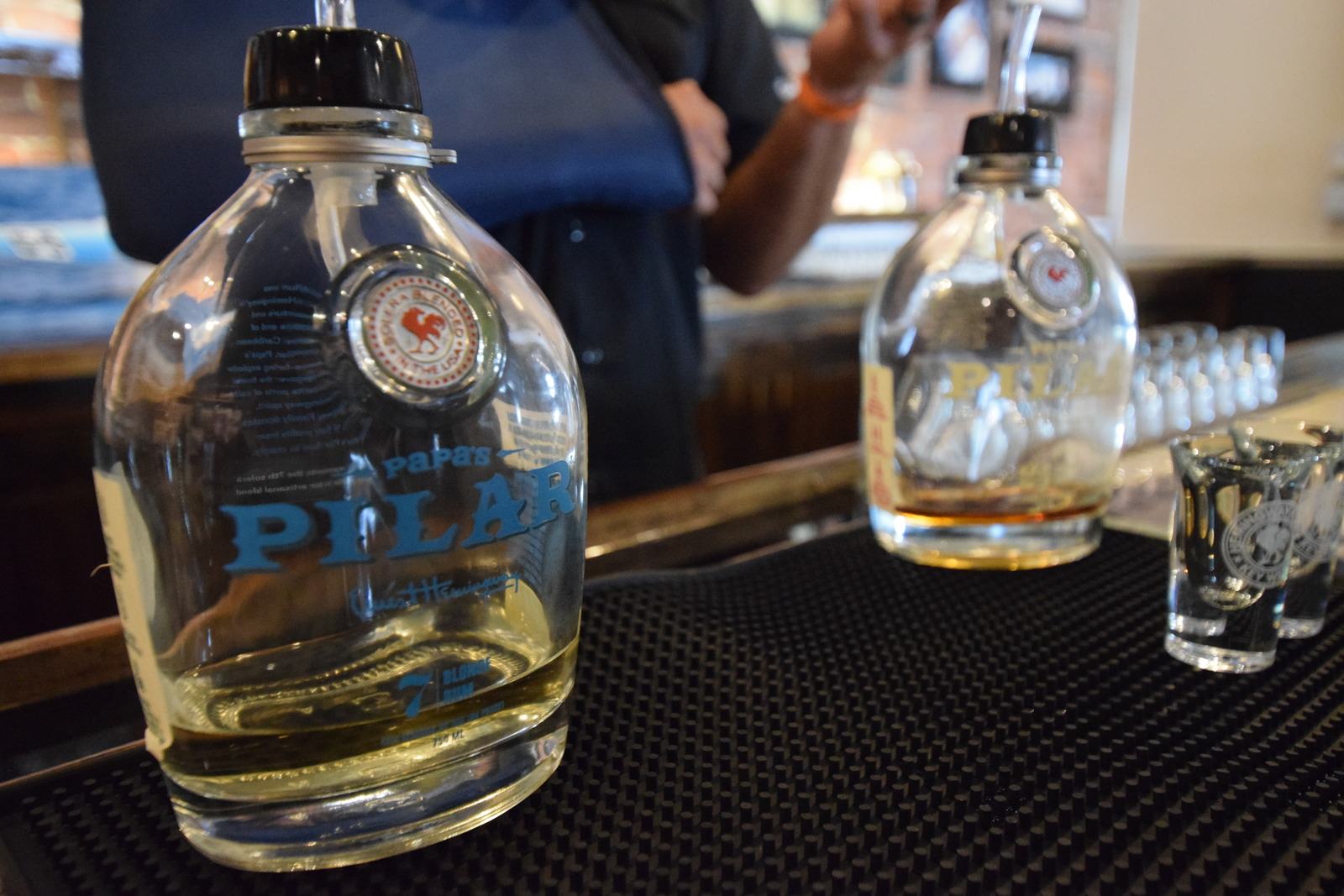 The layout of the distillery is centered around the fermentation and distillation equipment, with photographic displays showing the history of rum and how it is made, intermingled with Hemingway photos and memorabilia from throughout his life. The huge rack of barrels at one end of the room is where the real skill and artistry of rum-marking takes place, as each layer represents a different stage of the blending process, with various types of barrels used to give the rum certain characteristics, or accents of taste and body. 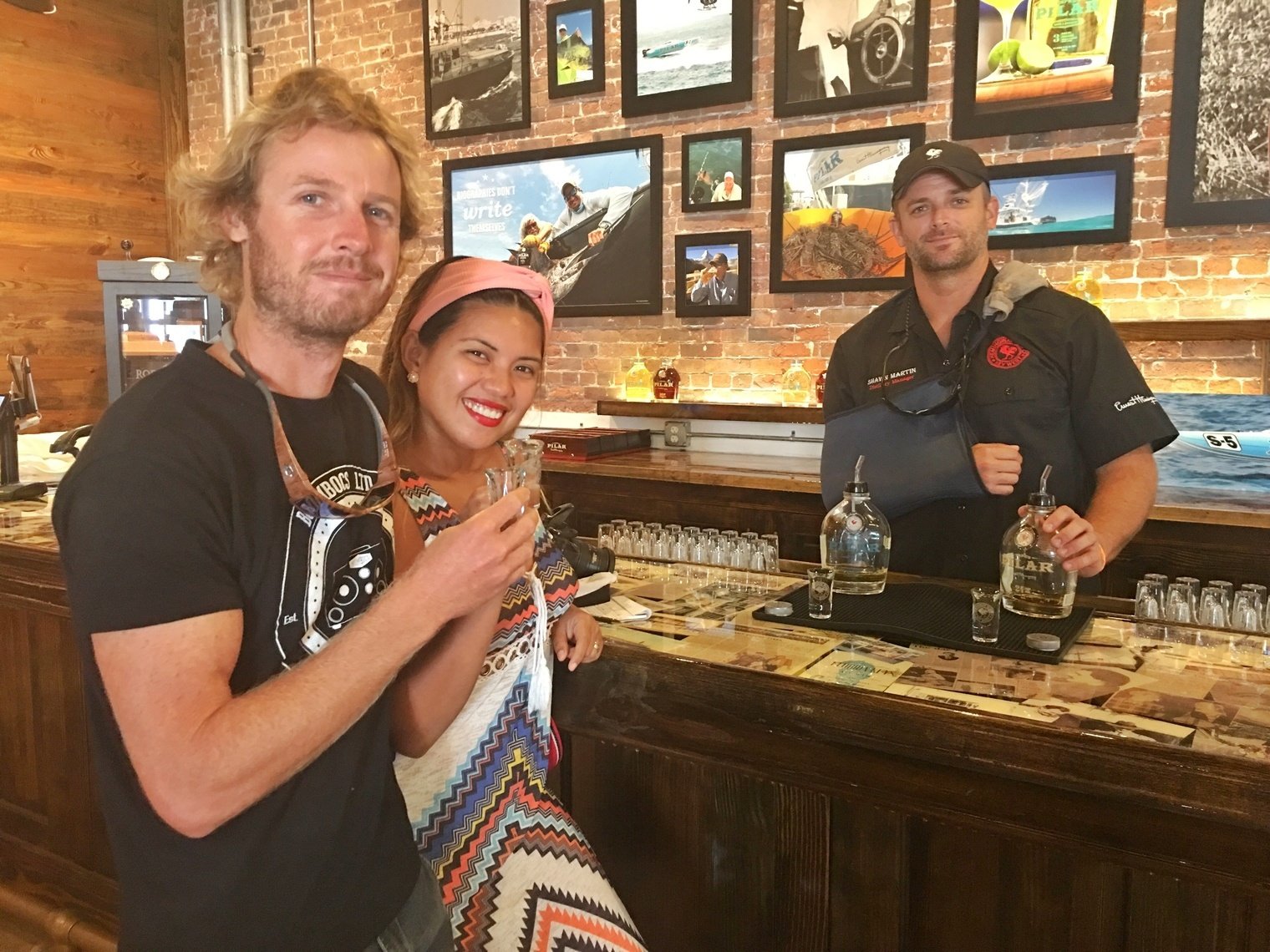 The whole distillery and the tour are extremely interactive, hands-on and is designed to involve as many of the senses as possible. Tasting the raw ingredient molasses, smelling the natural scents in the rum’s aroma and turning the picture panels to reveal stories of Hemingway’s life. From start to finish, we felt like we were involved in the tour, not just led around it.

We were being given the VIP distillery tour by Distillery Manager, Sean, and Tricia, Head of Marketing, although group tours can be taken throughout the day for just $10 per person, which includes a $5 gift card for the distillery store and tasting is complimentary for any visitors. Sean has had a very interesting journey into the world of rum; starting his university and professional career as a marine biologist, he began to apply his knowledge of chemistry and his scientific ‘eye-for-detail’ to various rums he tasted as he traveled the Caribbean, leading him to into the mysterious world of rum judging! Later, while working as a scuba instructor in Key West, he was presented with the opportunity to apply his scientific and rum-judging experience with the Hemingway Rum Co. Sean is also a Master Captain and had just returned from a sailing trip a few days before, so he seems to be a perfect fit for an Ernest Hemingway inspired rum! 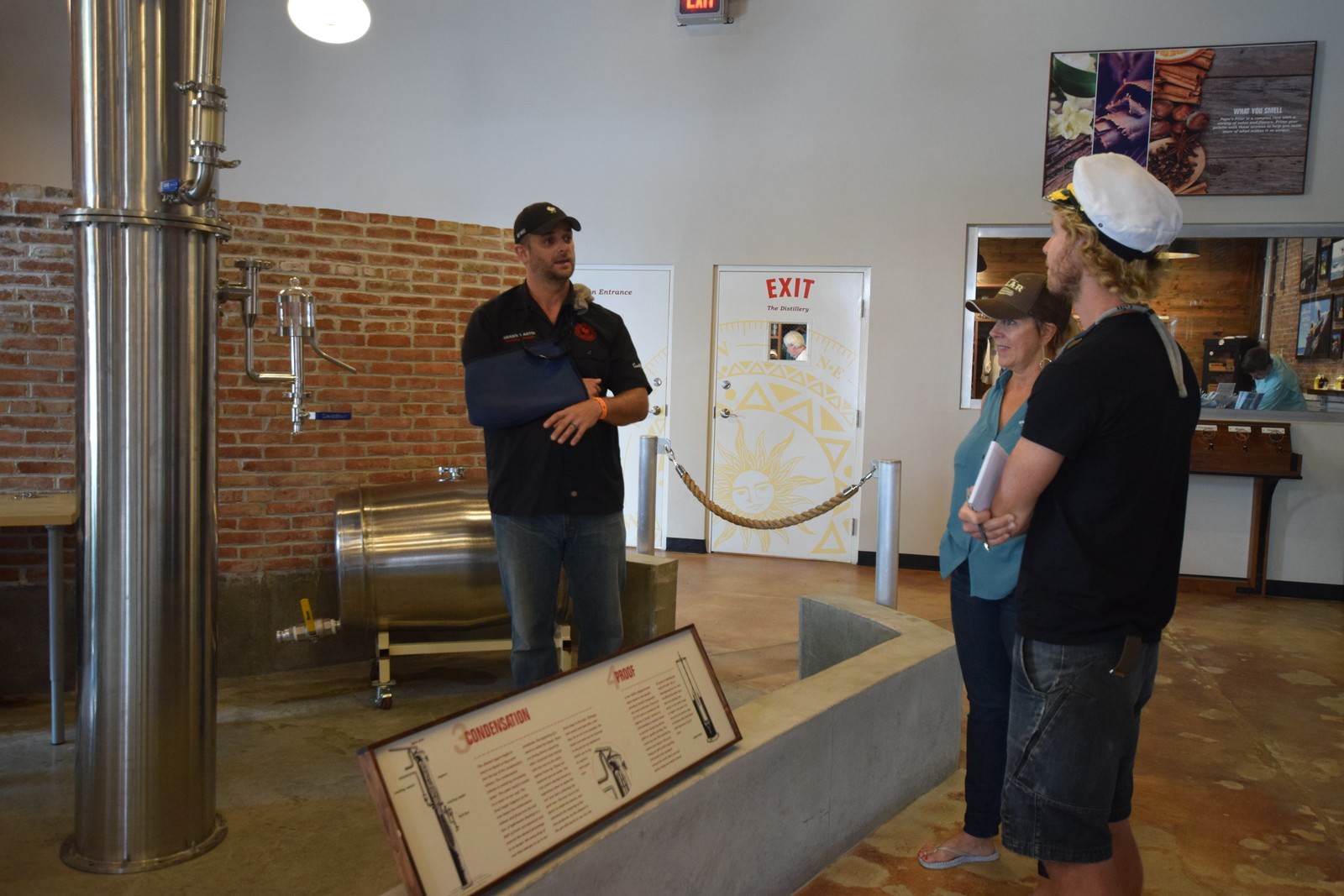 After the tour, we went back into the distillery store and the bar to have a taste of the best two of Papa’s Pilar solera blended rums, both premium sipping rums with body and flavor that can be enjoyed just as well on their own, with ice, or in a selection of cocktails. All of the experienced Papa’s Pilar crew can guide you through the different tastes and accents and how to recognize them. 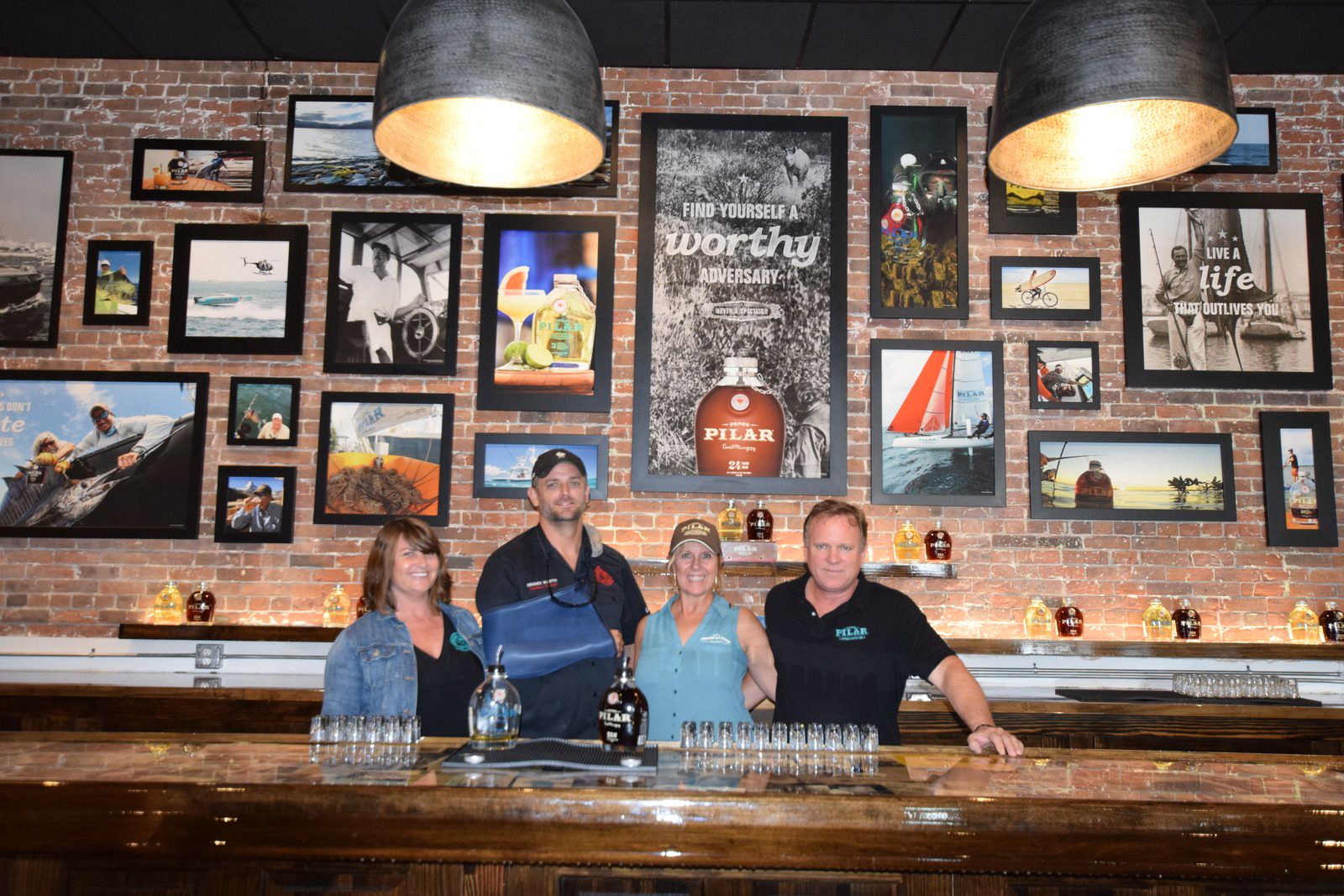 After the tour, we returned to our overnight apartment right next door to the distillery to prepare the next part of our visit to Key West, Fantasy Fest! The culmination of this whole one-week celebration is the Fantasy Fest Parade, in which dozens of parade floats drive through the streets. We were l luckily enough to be invited to join Papa’s Pilar and the team from Pirate Radio on the terrace of the Mel Fisher Museum, where we had the perfect view of the parade, as well as a Papa’s Pilar rum bar. We had an amazing night watching the parade with the team and then we took to the streets for one last walk through Duval Street. The party was in full swing, and somehow the outfits and sideshows had become even crazier than just several hours before! 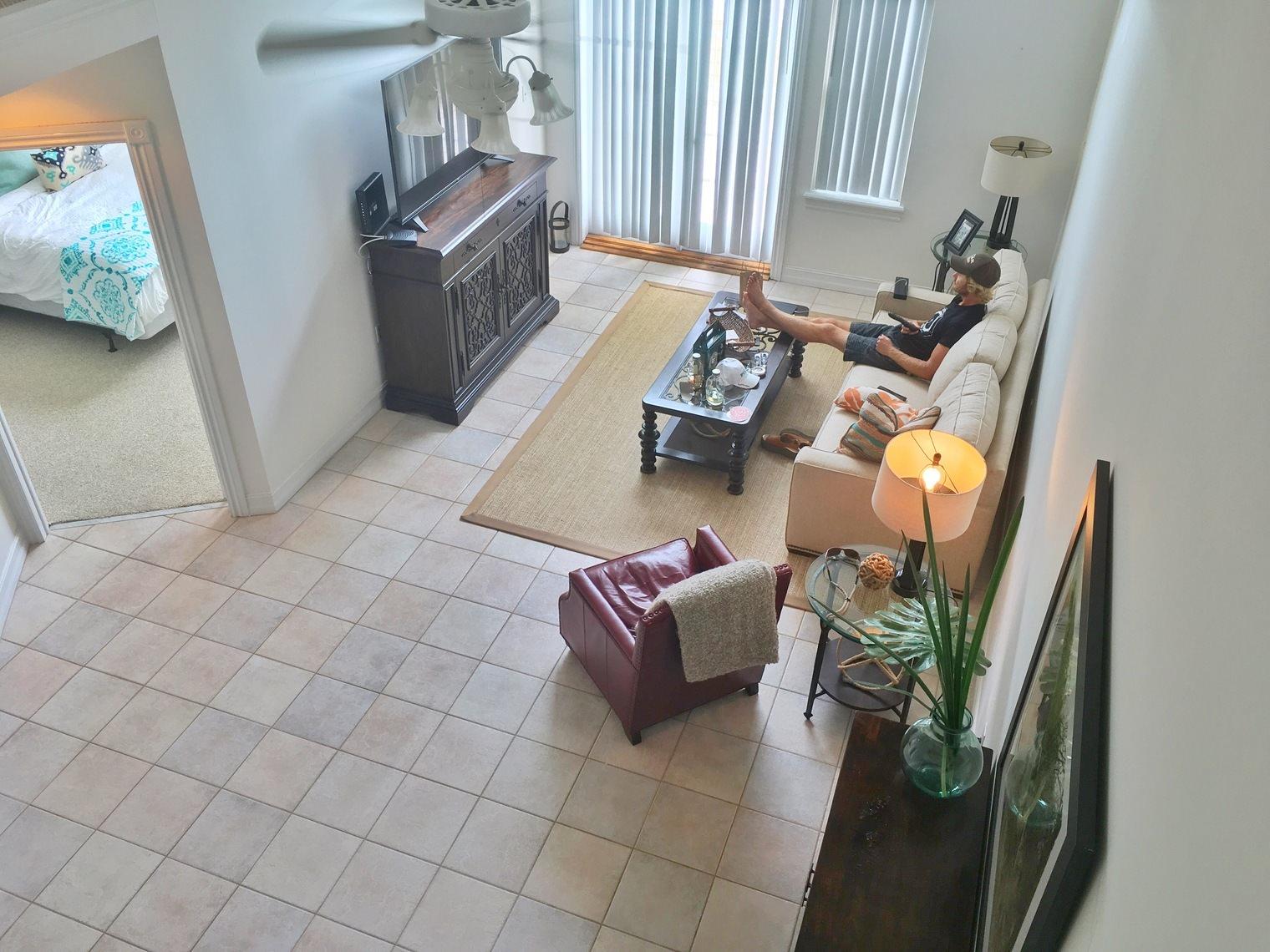 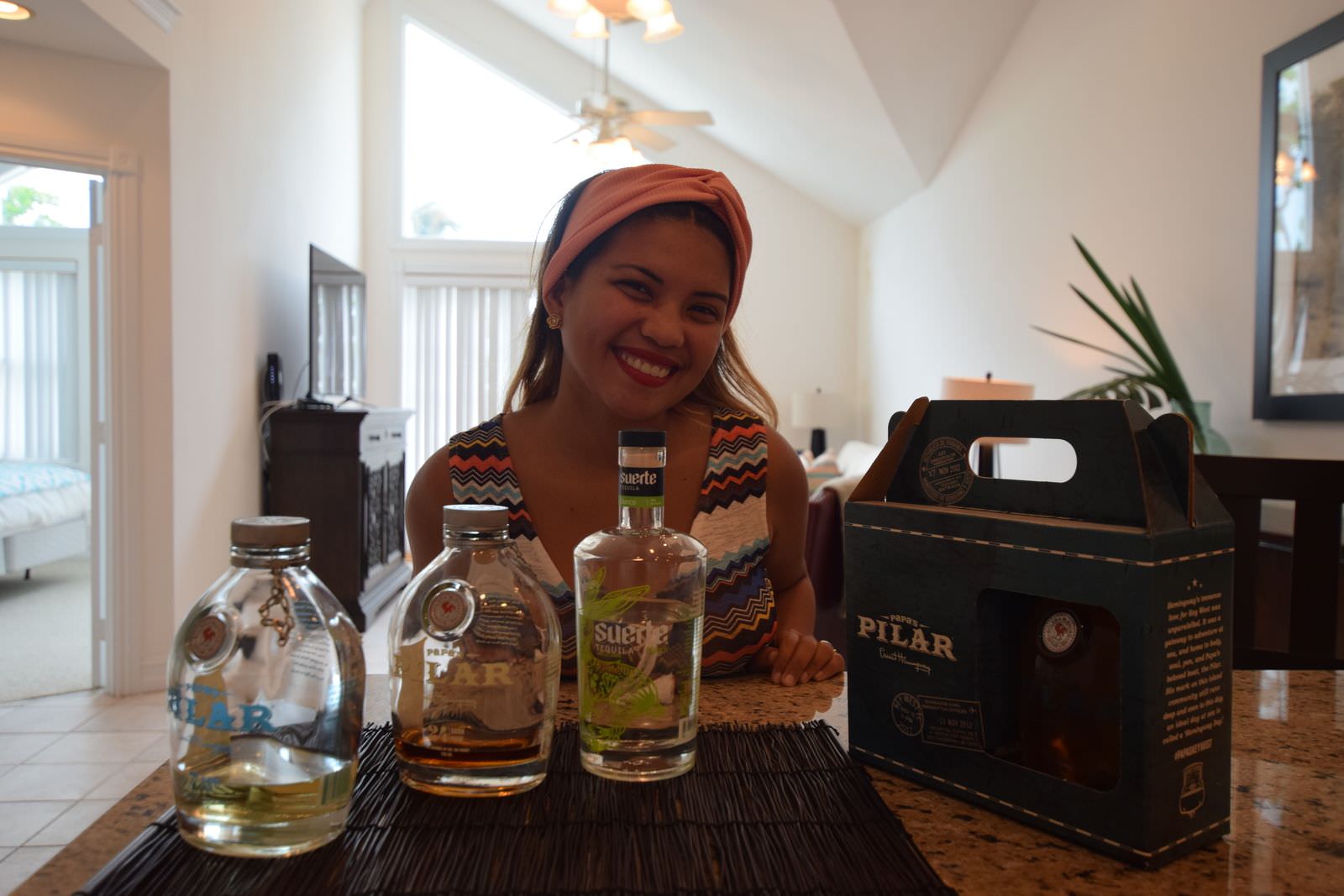 Once again, Key West had lived up to, actually beyond all expectations and the Hemingway Rum Company looks set to be a worthy part of the future of the city.

You can find more information on their Website and Online Store.

Disclaimer: Our trip to Key West was sponsored by the Hemingway Rum Company, but all thoughts, views, opinions and experiences are our own! 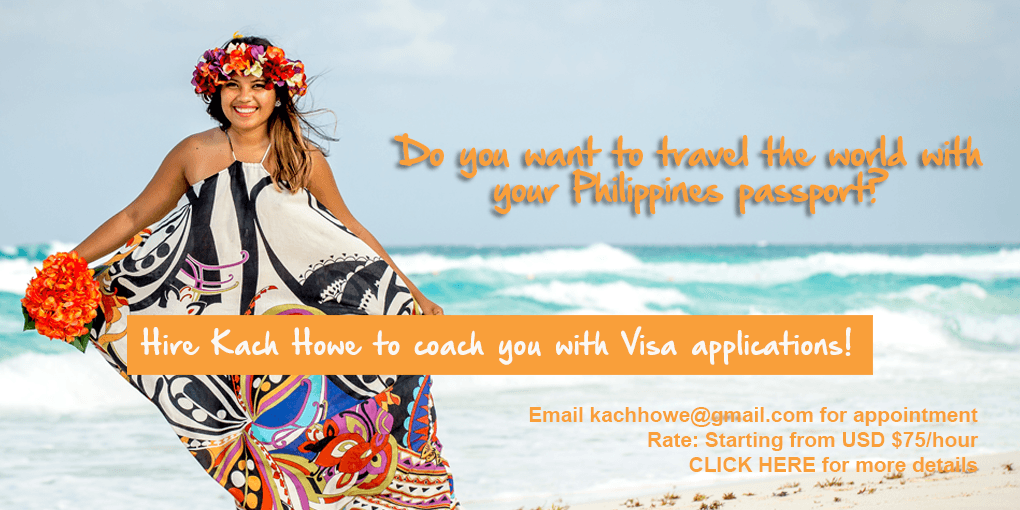