Home » Travel Blog » NomadMania: The Traveller Club That Guides You To Places You’ve Never Heard Of

Now that international travel is almost impossible, we are all trying to find various alternatives to soothe our basic travel needs. There are many places online that could satisfy your need for some “virtual” travelling and excitement. But have you ever heard of this travel club that takes you to the places you’ve never even heard of before?

NomadMania was initially launched in 2012 under a different name, to encourage travel, to assist travellers in keeping track of their travels and to provide ideas and inspiration of what to see through NomadMania’s Series. 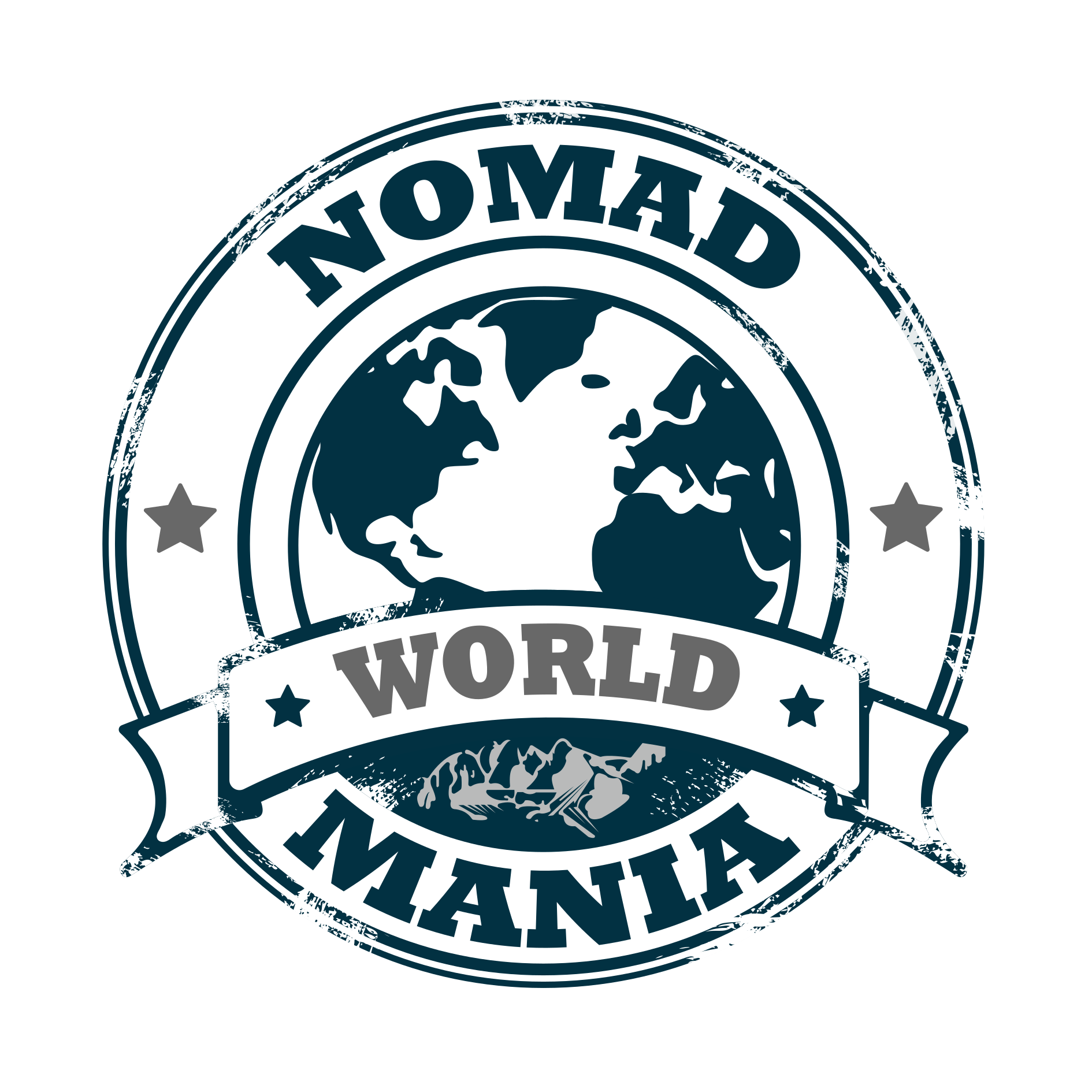 The current name and brand were launched in June 2017 and the website itself has evolved into a somewhat exclusive online travel club that features some of the most travelled people alive, including their founder Mr. Harry Mitsidis who is one of the world’s most travelled people.

The website is now a unique online platform for tracking your travels, as well for exploring the most hidden corners of the world. It features more than 50,000 travelling points of interest divided into over 50 categories in the aforementioned Series!

Moreover, NomadMania is also the only place where highly ranked travellers (aka, the ones that have been to all or almost all countries in the world) are verified to ensure their travel claims are valid. So basically, this is the only place online that can give you an extensive list of these highly ranked travellers, but also offer you the assurance of these people’s claims.

What NomadMania “specializes” in though, is the most vast division of the territories you have ever seen. This results with 1301 (yes, you read it right – one thousand three hundreds and one) different regions which you can choose to explore. 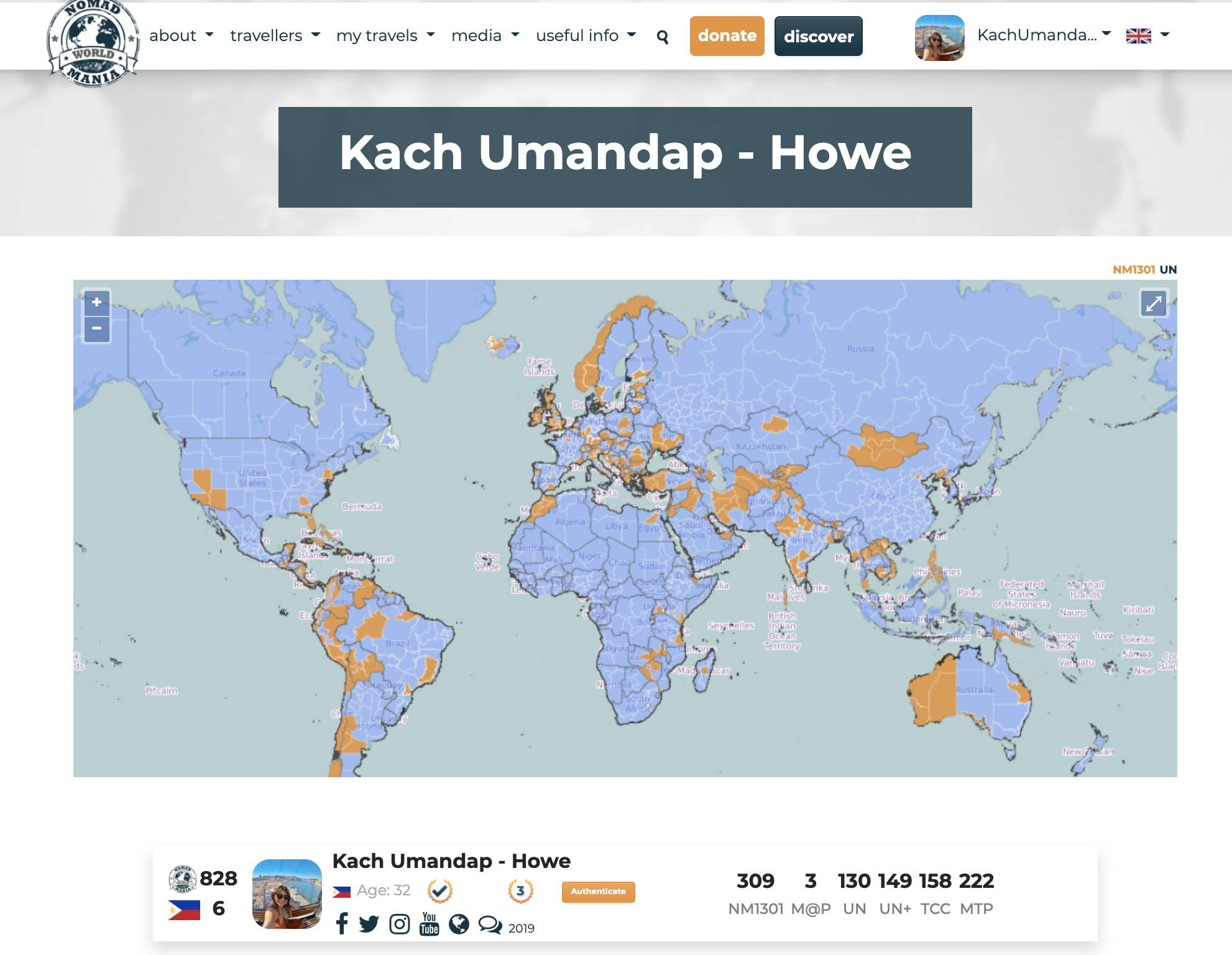 They stress that to really explore and immerse yourself into the different cultures, you have to go further and dig way beyond the country borders. Hence, they go by “Endless Exploring…” motto which drives them and their members.

The division of countries into the regions is based on 5 Criteria (territory, population, cultural importance, economic significance and tourist appeal). Countries are then divided relative to other countries, so that the list of regions is rational and each country gets its relative worth in terms of regions.

Besides the regions and the series, NomadMania also features other travel clubs (MTP and TCC) specific points of interests if they are not already featured in their own regions separately. They have made a list of “Many Quirky Places” which add to the exploring as well as exclusivity, because ordinary traveller has not set foot into almost any of these places, for sure!

So let us dive into some of the places that NomadMania considers unique:

on NomadMania’s Masterlist of 1301 regions – is a province of Equatorial Guinea consisting of the island of Annobón and its associated islets in the Gulf of Guinea and Atlantic Ocean’s Cameroon line. There is no regular shipping service to the rest of Equatorial Guinea, and ships call as infrequently as every few months. In fact, Annobon is the ‘wrong way’ in terms of the territory of Equatorial Guinea – from the country’s capital Malabo, you fly over both Principe and Sao Tome, which make up the country of Sao Tome and Principe, before arriving in Annobon.

The island has only about 5000 inhabitants and the official language is Spanish, but most of the inhabitants speak Annobonese, a creole form of Portuguese. The island’s main industries are fishing and forestry. On NomadMania, a community of around 15.000 well travelled people, only  25 nomads have marked this region as visited.

There are not that many things to see or do here. You could go see Lago a Pot, a crater lake near the center of the volcanic island, which you can get to by hiking through a valley filled with ceiba trees, huge ferns, and lots of moss. If you are more into the living world, Annobón has three endemic bird species and subspecies – so you could opt in for some bird watching.

also on NomadMania’s Masterlist of 1301 regions – is one of the four states of the Federated States of Micronesia. It is made up of a number of atolls, with Yap being the main one, but there are some distant atolls like Ulithi atoll, accessible by very rare small passenger planes. Yap itself only gets a couple of flights a week from the nearby U.S. territory of Guam. With a population just surpassing 10,000 people, this is certainly an eclectic choice. The most interesting thing to experience here is ‘stone money’, huge donut-shaped formations which were used as currency by the Yapese. Not the most convenient currency for day-to-day transactions but certainly one of the more interesting ones.

Want to go eclectic? How about Central African Republic’s very little-visited Eastern region, which includes towns like the majority Muslim Ndele in the north or Bangassou in the south, and regions the borders with South Sudan in the Far East? Central African Republic itself is a challenge, even just seeing the capital Bangui and the nearby Boali falls – but heading to the eastern region? For certain you will be one of the only travellers there, and unless you are with the United Nations or a volunteer in one of the regional hospitals, you will certainly be ‘exotic’. Just like everywhere, there are things to see here, markets, old churches and mosques and colourful scenes of everyday life. But getting here will in itself be incredibly hard, if you can get past various militias, rebels and more. 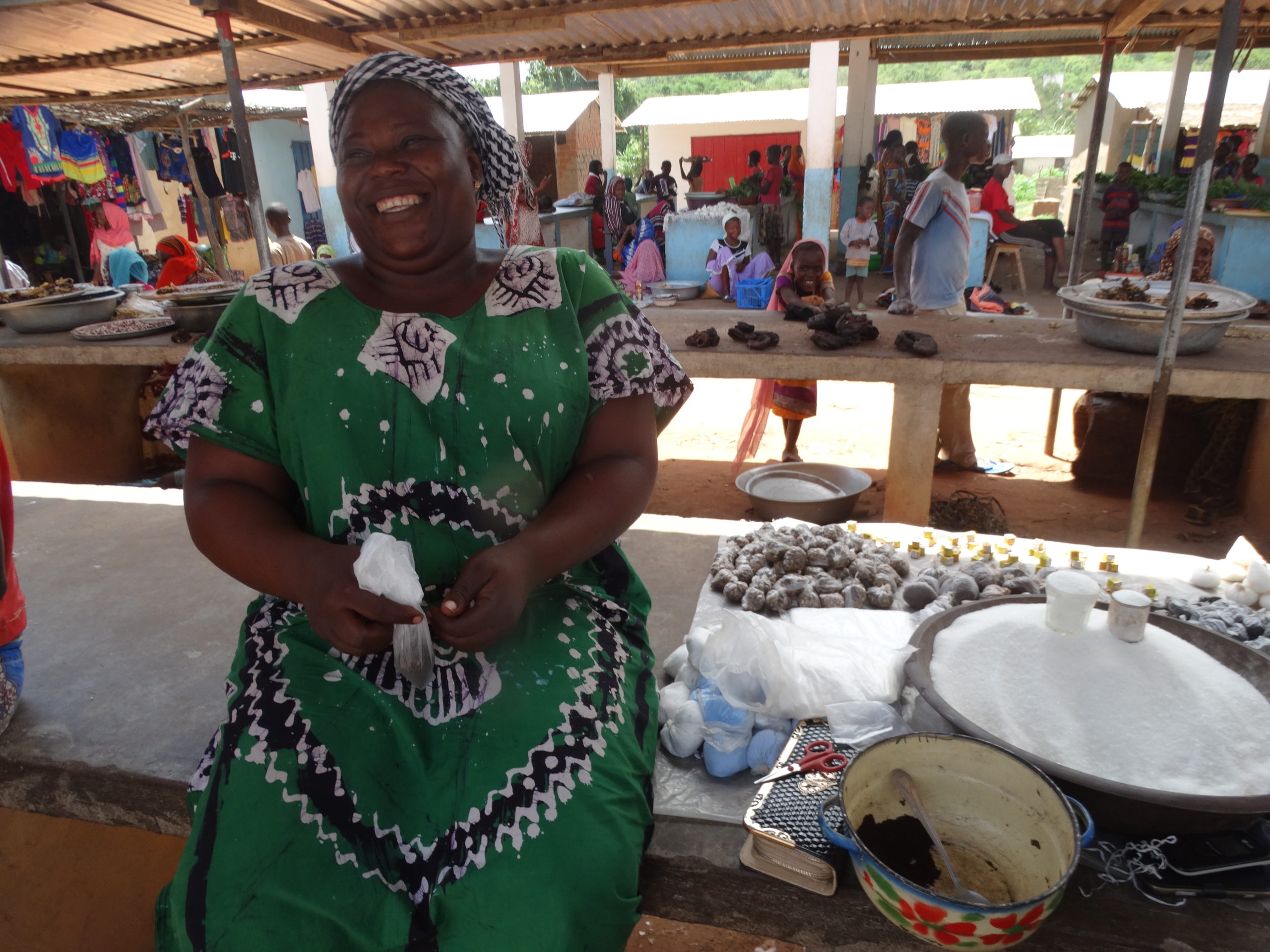 On the new [email protected] list, all sorts of truly quirky oddities are listed. One of the foremost is Baarle Nassau and Baarle Hertog. Never heard of that? It’s just a village, but the big question is which country does this village belong to. While it is generally in the Netherlands, south of Tilburg on the way to Belgium, a lot of the town belongs to Belgium. There are a total of 16 small Belgian exclaves, so you could be having a meal with your friend and being in different countries. During the covid lockdown, a shop divided in two countries was partially open – the Dutch section operated normally, but the Belgian section was cordoned off, due to different regulations in the respective countries! This is one of the most bizarre places in the world, and a true joy for fans of different border crossings. 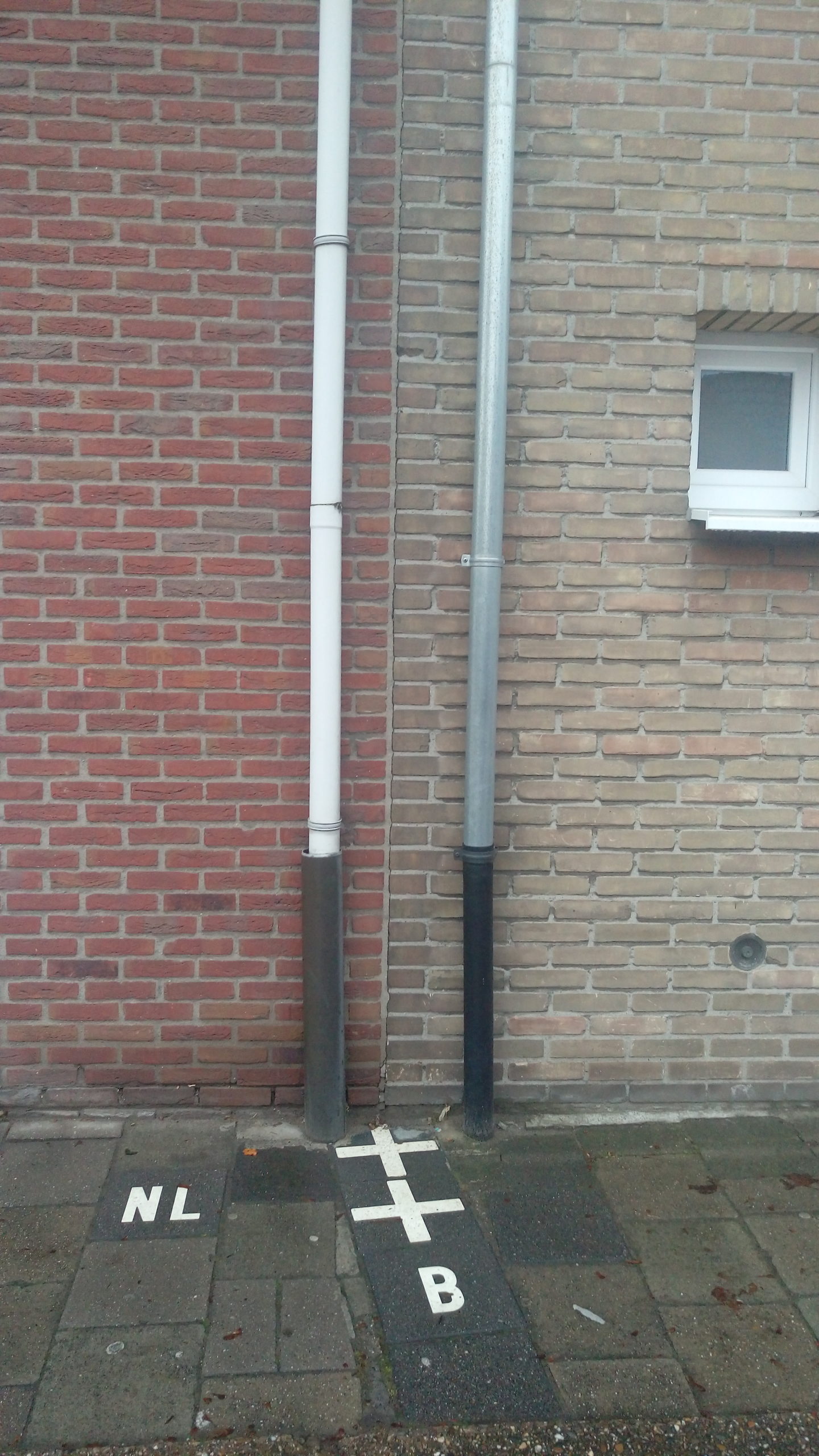 Want to know more? Explore NomadMania’s lists, join and become a member, it’s entirely free. All you need to do is to fill in the regions you have been to. If you’re very well travelled this may take some time, but you’ll get loads of maps and badges of achievement as rewards. So, if you have lots of time with nothing to do, this may be a great way to invest it!

8 Things To Do in Ghana [Places to Visit in Ghana]

15 Best Things To Do in Lake Garda, Italy [With Suggested Day Trips]

The PROs and CONs of Solo Travel – Should You Do It?

Autumn Camping Tips: Gear Checklist and Guide on How To Stay Warm During This Season