Jonathan and I have flown back and forth across the globe more times than we can really remember, sometimes on short hops, sometimes on 18-hour marathon journeys! For us, all of the time spent travelling between destinations, whether by land, sea or by air, is just as important to us as the time we spend exploring a new destination. It has to be because otherwise, we would just feel like all that time spent in airports, train stations, on buses or boats or planes was somehow a waste of precious time, instead of being another exciting part of the journey. 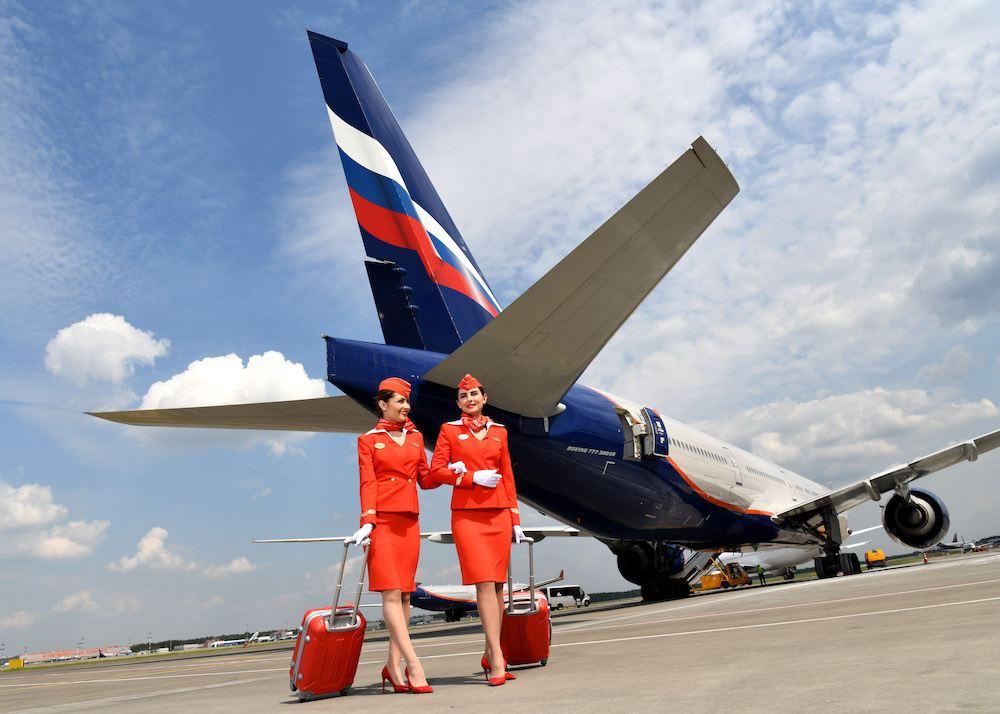 That’s why when we find an airline like Aeroflot which helps us achieve that goal of truly enjoying the ‘travelling part of the travel’ we feel like telling you about as well!

The first time I ever flew with Aeroflot was about a year ago while Jonathan and I were still living in the Dominican Republic on our sailboat, Empress. Jonathan was staying with the boat and our two cats during hurricane season to complete some much-needed maintenance work while I travelled to Europe to visit some more countries as part of my goal to visit every country in the world. I have to be honest, at the time I had hardly heard anything about this Russian airline, even though they operate 159 routes across 54 countries! I also hadn’t realised up until this point that a transit visa is not required for flight connections through Moscow airport. 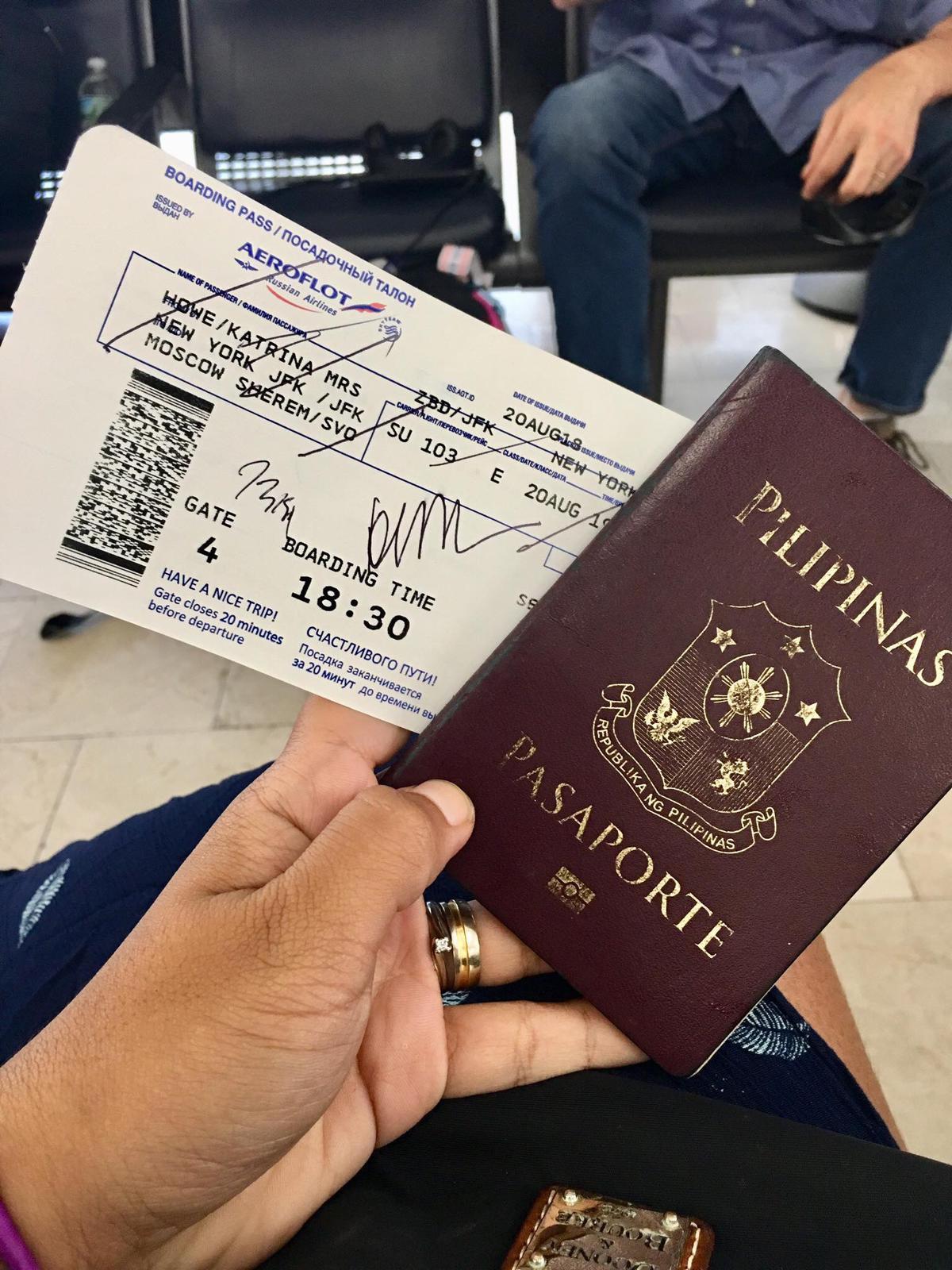 On this journey, I was due to fly out from one of my favourite cities, New York, all the way to Montenegro where I would be exploring more of the Balkans and Eastern Europe. My flight had a connection in Moscow before continuing on to Montenegro so I had a 9-hour flight from New York to Moscow. The experience was a pleasure from start to finish. Firstly, my Economy ticket was upgraded to a Premium Economy ticket so I had loads of legroom and the seats even had extending leg rests to let you feel more like lying down. It was the first time I had seen that on a plane before! 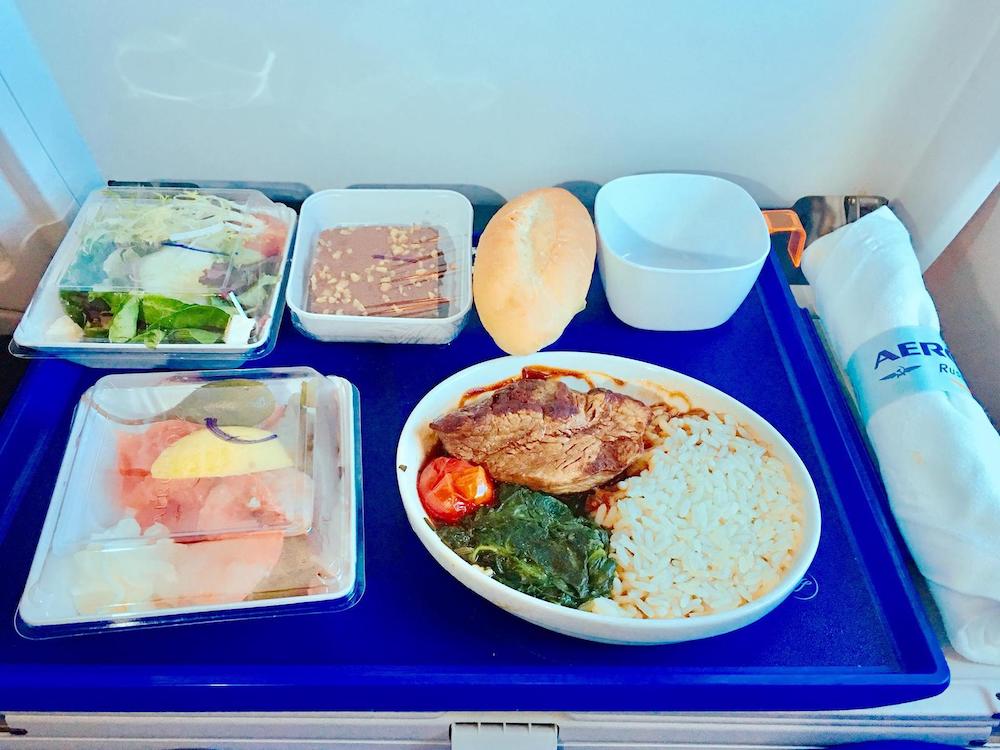 Even the meal service was a level above what we are used to from airlines, with a menu of choices and tasty dishes served with real plates and cutlery. Often, it’s the little things that can make all the difference between “just ok” and “a great experience!” The service was also above and beyond expectations, with the flight attendant going out of her way to make me a makeshift bed out of extra pillows and blankets so that I would be more comfortable and get a better night’s sleep!

Of course, New York to Moscow is only one of the many choices of routes that you can fly with Aeroflot. They also offer some of the best ways to break up a seriously long flight into more manageable chunks.

For example, imagine flying all the way from New York to Bangkok – that’s a really long flight! Alternatively, you could simply fly from New York to Moscow, then connect to Bangkok from there. As well as being much more comfortable, this could also save you a lot of money as Moscow is the major intentional hub of Aeroflot. From there you could have connections to any one of 8 countries in Asia alone!

Here are just some of the reasons to fly with Aeroflot International:

My own second flight with Aeroflot was to a lesser-travelled destination; Kazakhstan in Central Asia. I flew from London to Astana, via Moscow. Just like transferring through many other major airports in the world, there is no need for a transit visa while changing flights in Moscow. (Always check your travel requirements for your own passport in advance). Once again everything was taken care of perfectly and I arrived feeling fresh and revived!

Aeroflot is also a member of the SkyTeam Alliance, so they work to the same standards and quality requirements as 18 other international airlines.

With some of the best deals on prices for long-distance flights we have ever seen, it’s just incredible to be able to fly between some of the most expensive destinations in the world for such a small amount of money! The best part of such great deals is that they open up many of the world’s more expensive destinations, such as Japan, London, Hong Kong and more to travellers who otherwise might not be able to afford it. By saving so much money on the cost of the flights, travellers will have more of their budget left over for exploring, which is what travel is all about in the first place!

Have you ever flown with Aeroflot?