Women who are fighting each other, screaming at each other; Pumped guards armed with bats and pepper spray trying to manage the awkward situation. Amid general applause, the tattooed ladies return to their small cells.

That’s the picture, which the media portrays – the reality is different, indeed. Appropriately dressed women care for their children, talk to their husbands and kids, having a proper lunch. It doesn’t feel like I would sit right in the Centre of a prison. It’s comparable to sitting in a city market somewhere in South America – with typical shops, people, and sunshine.

I’m in Lima for a couple of days now. Its population nearly reaches 10 Million, it’s Peru’s largest city and capital. Today, I wanted to do something good. I take a seat in a bus heading off to the women’s jail “Santa Monica de Chorrillos”.

I left the bus and a woman who owns a little shop is already awaiting me. “Do you wanna visit the jail?”, she’s asking. She’s telling me, I would need trousers and I need to leave all my valuables in her shop. For 2,50 Soles I lend those trousers, buy some snacks and move on to the prison entrance. The guards are looking at me as if I would be an alien. They are asking what the heck I want here. I am telling them, I just want to visit an inmate, and talk to her, my chocolate bars representing the gift. After I have discussed this with the guards they give me 6 stamps which are proving I am just a visitor. I pass the last security check and suddenly I’m standing right in the Centre of the prison’s courtyard.

Women with razor-blade-cutter arms are welcoming me, also women who don’t look like they are inmates and some armed, serious-looking female guards. I give a few coins to an inmate and tell her to get me, someone who speaks English, I’m not just here to take a look around. 5 minutes later I’m sitting with Francesca. We are drinking water, we are smoking menthol cigarettes, and are talking about her story.

Francesca is a 47-year-old big lady from Amsterdam. She’s been inside this prison for 12 years.

I am just wondering what must have happened to this Dutch lady to get arrested for such a long time – serving her sentence inside a prison in South America.

Most of the foreigners who are serving their sentences in Lima have had the same plans. Make fast money with drug dealing. In Francesca’s case, it was 47 kilograms of pure cocaine. Originally her sentence was 30 years. But due to the fact she was cooperating with the police, she got 15 years only. She was a drug addict her entire life. Everything she got finally made its way into her nose, her mouth, or directly into her veins. She became homeless, more and more desperate and the only solution she had in mind was making some money with seemingly easy drug dealing. She got told to carry 2 liters of liquid cocaine only. As she arrived at the airport in Lima the drug forces found nearly 50 kilograms of the white powder divided between her two bags.

At this moment she is leaving behind a life on the streets, her family, and her 2 sons. She is waiting for her sentence for more than a year. In her opinion, it was one of the worst years of her entire life.

In the following 12 years, Francesca learns to cope with the situation inside the jail. She takes care of her cats, she cleans the toilets 4 times a day to get some coins. She plays card games, learns Spanish, and makes friends. Altogether the prison has got 800 inmates – nearly more than half of them don’t even have a bed. They sleep on the cockroach-infected, hard concrete floor because they just can’t afford to buy themselves a bed (The prison management asks for 300-500$ for a bed!). Most of them got an easy job to do. They make jewelry, knit hats, or sell cake and basic meals on visiting days.

Francesca is trying to cover up her unhappy mood with a big smile. She is polite and speaks boldly about life behind bars. Once a year there is someone like me visiting Francesca without knowing her. We wander around the small courtyard a bit. She shows me the hairdresser’s salon, the small theatre, and the library. She introduces me to her Mexican, American, and Australian friends show me the school inside the prison, and keep starting to speak about her children. She misses them. A lot.

She has got the chance to send letters every three months. I tell her, a friend of mine is going to visit her tomorrow to take her letters and bring them to the post office.

I conjure a smile on her face. After 2 hours the guards open the gates.

Time for me to leave.

Francesca has got 3 more years to wait. 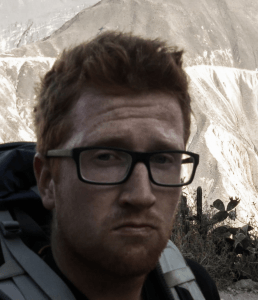 I am Robin, a 28-year-old German traveling the world for 16 months. After I have finished my studies in early childhood education I decided to break out for a little while heading off to Australia as the first country I was visiting long-term. After that I went to South East Asia getting more and more into the lifestyle of backpacking, aiming for better photos, and proper stories to share on my blog www.rbnsworld.de ending up spending the summer with friends back home to continue traveling the west side of the globe.

5 thoughts on “Behind bars – Inside a female prison in Lima, Peru”

2014 Recap: The beginning of our around the world journey as a couple!

A week in La Paz, Bolivia – Adventures, Beers and Breweries!