In Sept 2006 I set off on a four-month journey around the world to meet up with many of my Internet friends. My book is the story of all those meetings and the places I saw, either with my friends or on my own 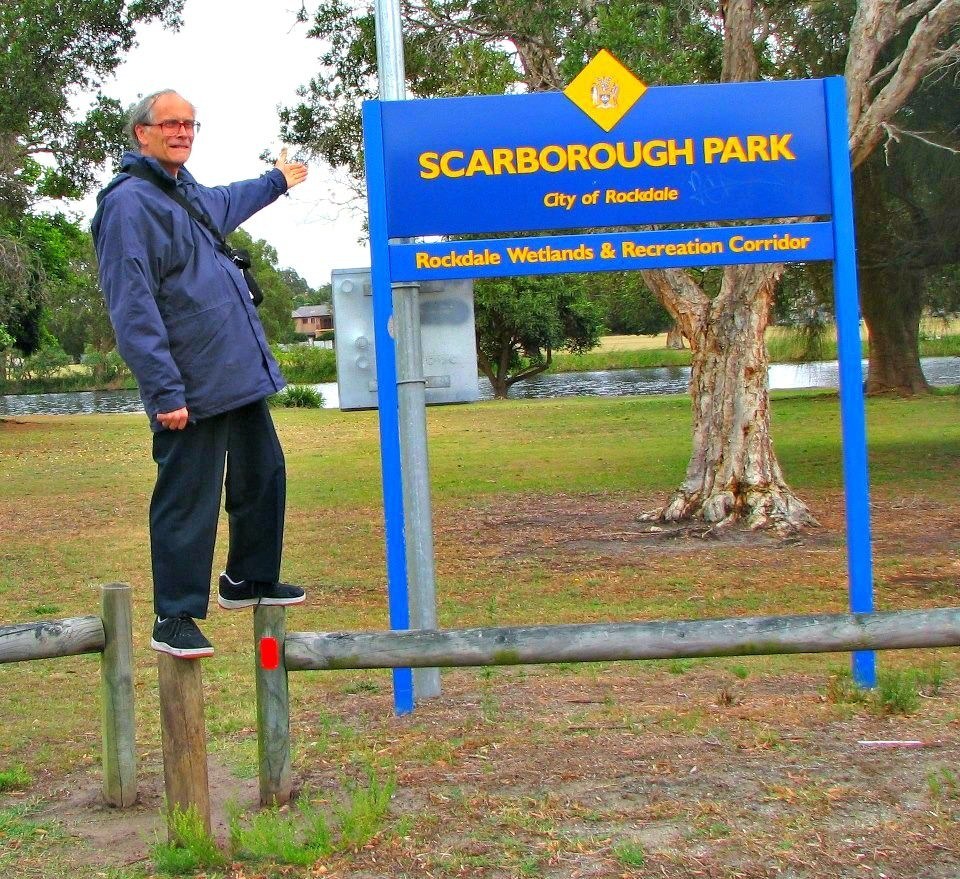 Chris Phillips, an Englishman, decides to emulate Phileas Fogg by traveling right round the world. Unlike Phileas (Around the world in 80 Days!), however, Chris is not attempting a world speed record, but simply has a desire to meet numerous friends in far off places who have become good friends over a 6 year period of cyber connections on the World Wide Web via such great service providers as Yahoo and Zorpia. Also unlike Phileas, Chris is not accompanied by anyone, except by the 30 or so interesting friends of all ages whom he meets up with in their countries.

Excitements abound: failure of mobile phones, getting lost in the middle of the night, crashing through Yukon’s unexplored undergrowth, being knocked out on a bus, 3 day train journeys, sleeping in cars, airports and under the stars, mystifying boat journey under great waterfalls, close encounters with deadly snakes, spiders, cockroaches, and 3 creepy scorpions descending a bare arm, stroking of a koala and the adorable Quokka, and ravenous birds eating out of his hand. Meeting Alice in Wonderland was rather reflective, and he finds a way to rock around. 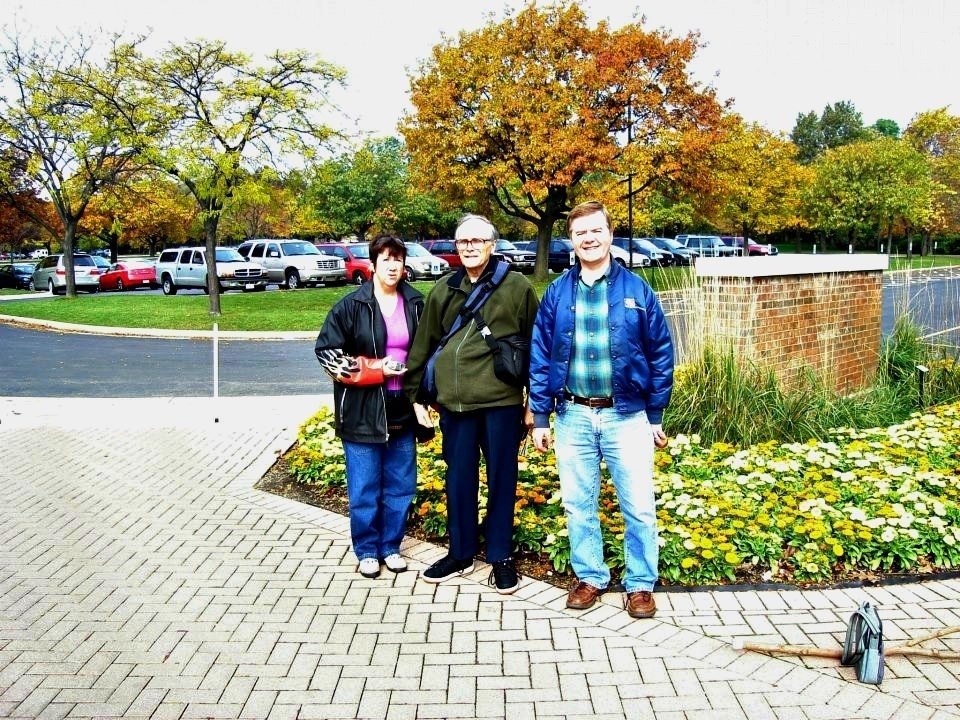 Not all the incidents in this story are hair-raising; some are funny, and a few sad, but all are imprinted on Chris’s mind forever. Now you, the reader, can share some of the adventures.

A lot of forward planning had to go into this journey, about a year in time.

Firstly I asked a few special friends if they would be prepared to meet me, And nearly all did, many offering to actually put me up in their homes, Others I  stayed in nearby hotels guest houses.  I then asked other friends, who happened to live more or less en-route if they’d like to meet too. Many of those agreed.  So then I first enquired about flights to the  12 countries I wanted to go to. I then learned about “ONE WORLD”  flights, where six major airlines joined forces and one could buy for a single price a round the world ticket, which had unlimited use on four continents for one price (Plus landing fees)  You still had to book the actual flights.  In Canada, USA & Australia I used the train to cover vast distances, and I booked these journeys in advance too. For single over night journeys, I slept in the normal seats. But on the 2 or three consecutive night journeys, I booked a cabin. Then I started booking hotels etc. where I needed to stay near friends.  I had to continue doing that as I traveled.  4 of the countries for various reasons I could not visit I left out (Bolivia, Burma, India, & Egypt). Mainly because the six airlines did not include flights to those countries. But they were the countries I had not planned to meet anyone.  So that left me with Canada, USA, Argentina, New Zealand, Australia, Philippines, Hong Kong & Singapore. 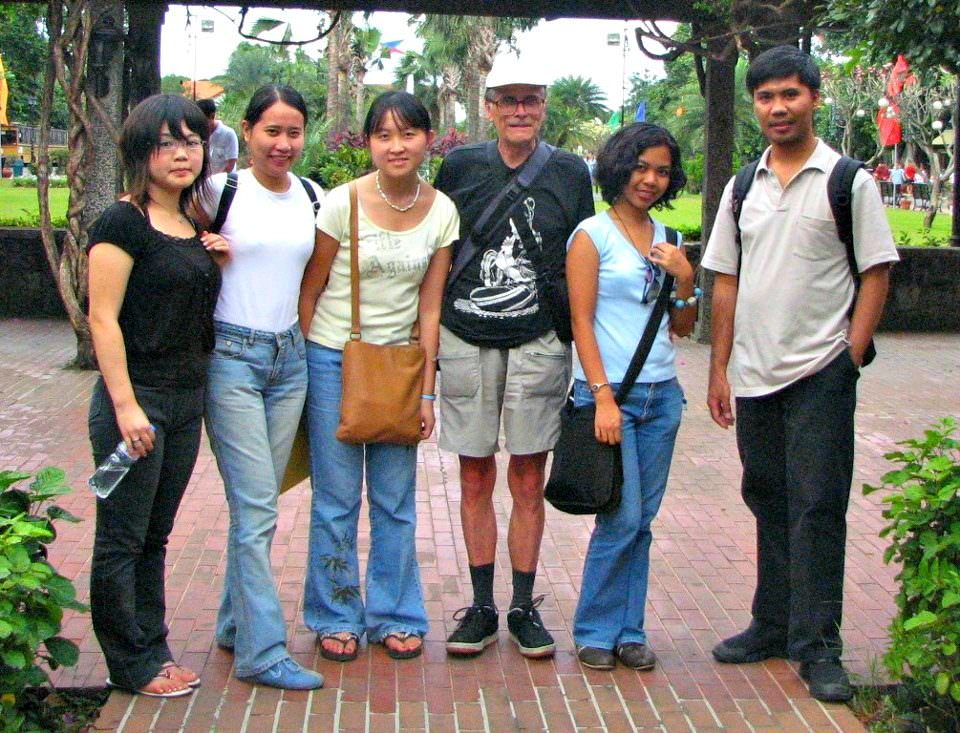 In the end, I met most of the friends I had planned to meet.  I think I missed meeting six people, 4 in Canada, 1 in the USA and one in Hong Kong.   But I did meet a few new friends, mainly friends or relatives of those I met. 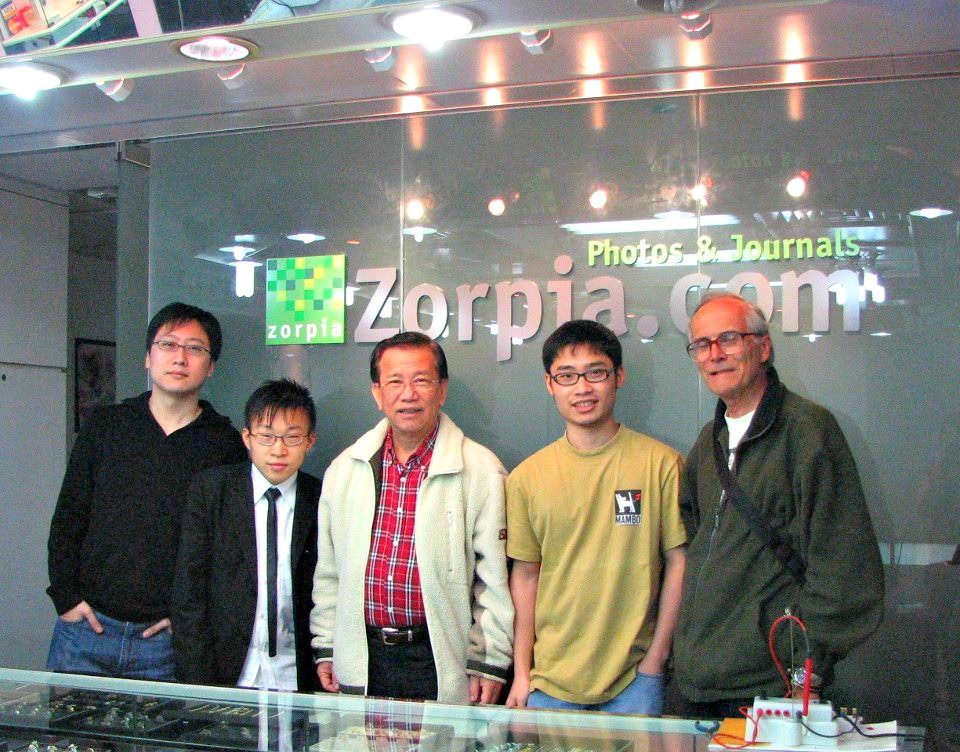 Nearly all these friends are still friends on Facebook, a few have visited the UK, and even stayed with us in Scarborough.

I have no plans to do another such journey, well I was 68 when I did it in 2006/7,   BUT I, with my wife,  are gradually exploring Europe by train, venturing out on three week holidays every other year, and often meeting up with further internet friends.   BUT I went on a Quaker Work Camp in Palestine, in October this year (2015) for ten days, and met a  three more friends there in Israel.

I have now met 67 of my internet friends, none of whom I knew before the internet. 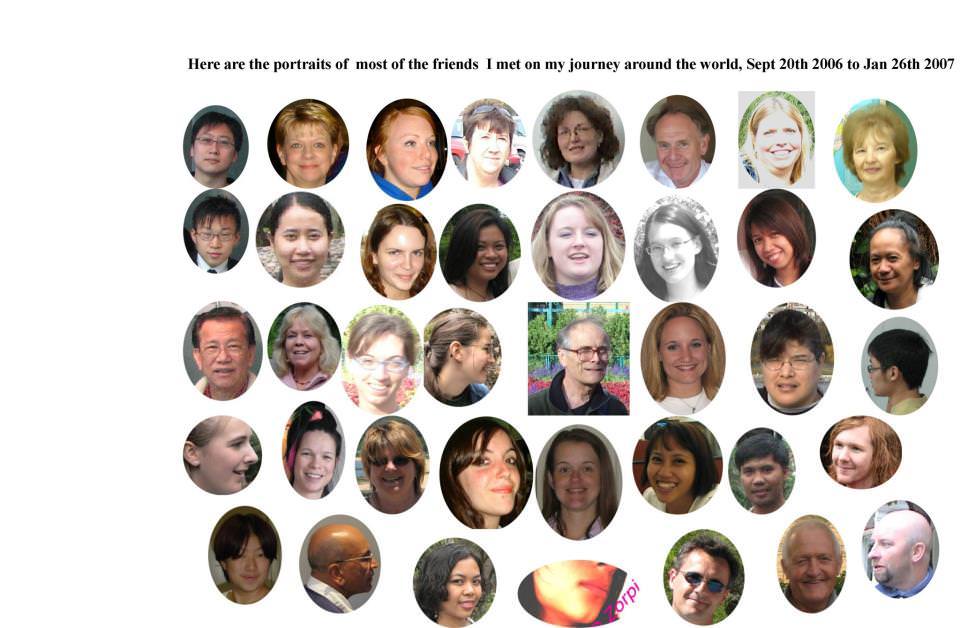 WHERE TO BUY THE BOOK?

322 pages 80 in color Paperback version  (Only available from myself, now) 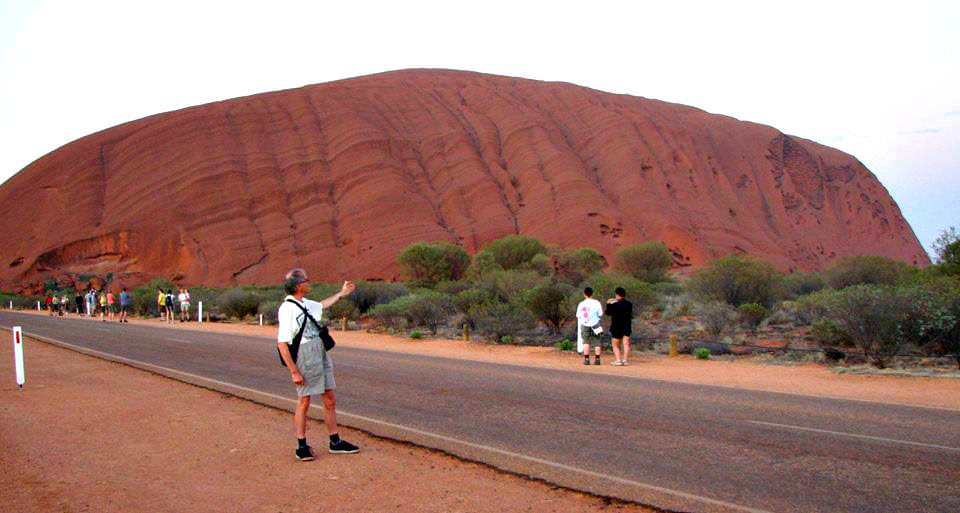 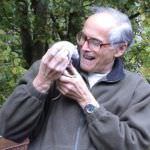 I am an ex-maths teacher and ex educational bookseller to schools in North Yorkshire.  I retired partially in 1999, and fully in 2004 (aged 65).  I have one son from my first wife (1972)  and happily married to my second wife, Dilys Cluer ( Married in 1992). This round the world trip was inspired by talking to many friends on the internet. I have many interests such as Stamp Collecting, Acting in drama clubs, Photography, Veganism, ( I was brought up Vegetarian), Organic Gardening, Green politics (Dilys is an elected Green Party Councillor on Scarborough Borough Council). The people I met did share some of my interests, but not all. I originally met them in Yahoo Groups and Later in Zorpia.com.

A Walk in London – Don’t forget to look down! #MyFlooringNightmare