A couple of years ago, we were already in South America, but we never made it to Suriname. We’ve heard awesome things about the tiny country and promised ourselves that we would definitely make some time for it. Luckily for our honeymoon trip, we had to go back to the continent. It was our chance to see what the people meant with the ‘Earth’s Greenest Treasure.’ 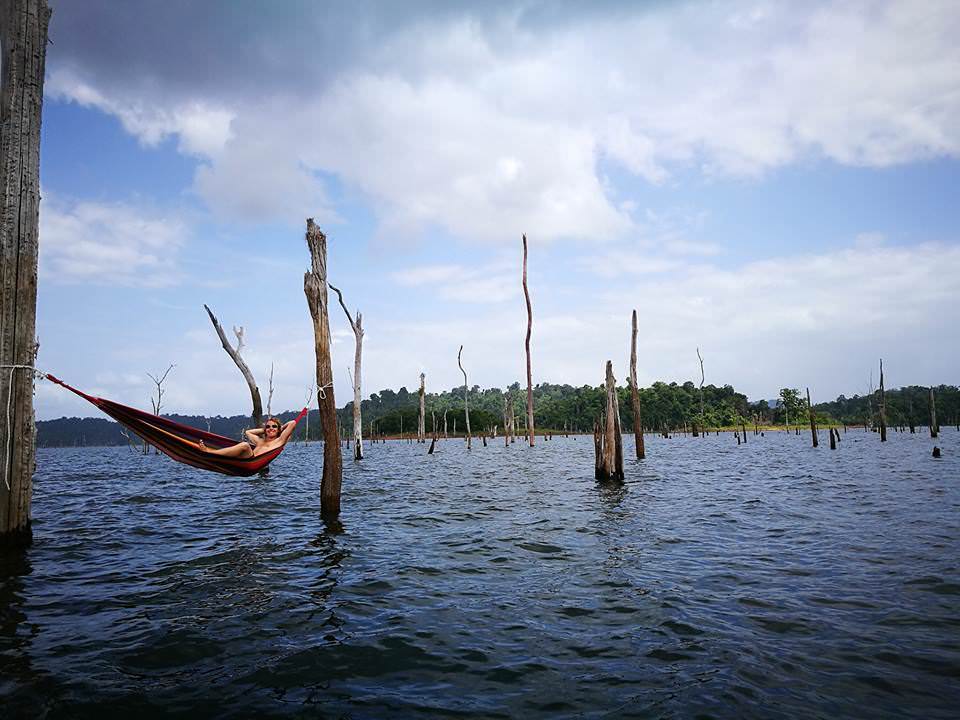 We first explored Paramaribo where we braved rivers and visited old sugar plantations. Apart from the rich history that Suriname has, we realized how hospitable the people and it really added to the country’s charm. But of course, we wouldn’t miss what Suriname is really known for – their jungles! So off we went and experienced it like true- blue adventurers.

Suriname is known as one of ‘the greenest countries in the world’ due to the percentage of land that is covered by virgin primary rainforest. After having experienced real, untouched nature for the first time in years, just a couple of weeks earlier in Venezuela, we decided that we had to see the wild side of Suriname!

While most tourists would like to visit the jungle to embrace nature, Suriname jungle is more than that. It holds a sad piece of history. Centuries ago, African slaves worked in sugar plantations and unfortunately, were not treated well. In fact, Suriname became infamous for that. This led them to escape to the jungle and was called Maroons. These refugees would often attack the plantations as the form of revenge. There are even stories of how local indigenous native inhabitants would protect the slaves by not reporting them to the plantation owners. Instead, they just allowed them to settle in the safety of the rainforest.

We were picked up from Jacana Amazon Wellness Resort by Marcel from Suriname Rainforest and Cultural Experience to begin the three-hour drive south to Pokigron, where the road ended, and the real adventure into the jungle began. The only way onward from here was by river boat.

When we reached Upper Suriname, we were welcomed in this fantastic and relaxing accommodation called Isadou. What makes it more interesting is that the property is owned by one of the African Slave Descendants from the slave trade in the 1700s. Imagine all the stories he has to tell! And while we were in Upper Suriname, we were very fortunate to have a Kukcy, a smart local tour guide who’s way younger than us! He brought us to the village where we met the awesome locals. The highlight of our tour would be me swimming in the river and witnessing locals sing traditional songs with drum music around the bonfire. It was indeed, a complete immersion.

Questions and Answers about Travelling to the Rainforest in Upper Suriname

What is Upper Suriname? 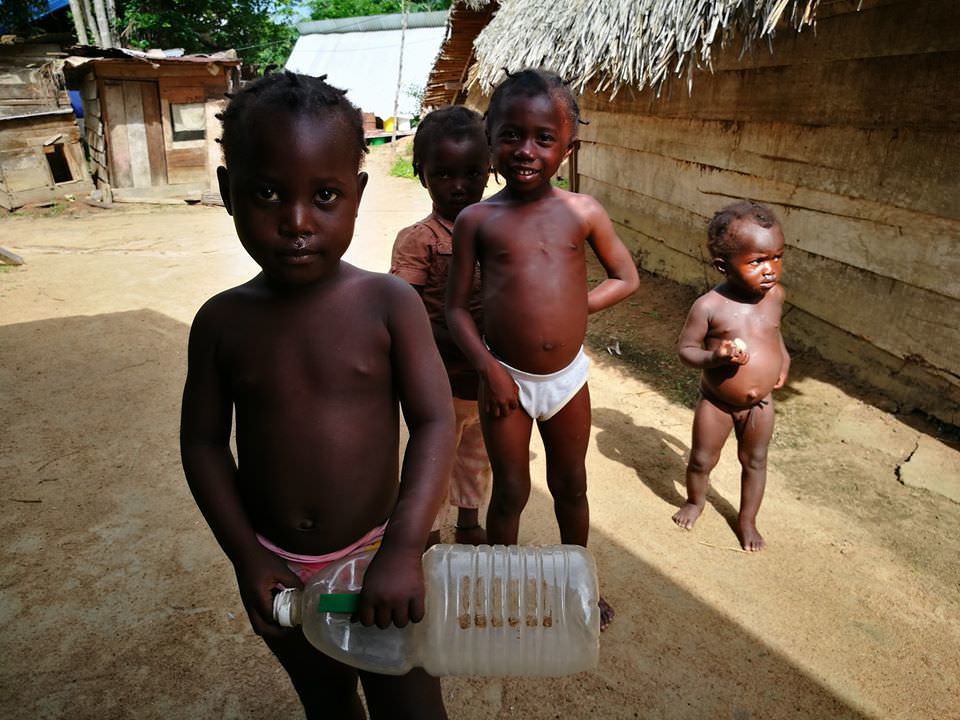 The Upper Suriname is the home of 15,000 Saramaccan Maroons. They are the descendants of the African slaves who fled to the jungle in 1700. Since they are far from the city and urban life, they still continue living the traditional African lifestyle. That’s also one of the reasons why a lot of tourists would like to visit this region.

Where is Upper Suriname?

The Suriname River is fed by two source rivers. These are the Gran Rio and the Pikin Rio which rise in the Eilerts de Haan Mountains. Near Djumu, about 100km south of Lake Brokopondo, these rivers flow into the Suriname River where the Upper Suriname region is.

How to get to Upper Suriname?

From Paramaribo, you will need to travel for at least 3 hours by land to reach Pokigron. From here, you will have to ride a river boat as this is the only way to reach the jungle.

What are the best things to do in Upper Suriname?

If you are going to visit Upper Suriname, here are the activities that you should try out. 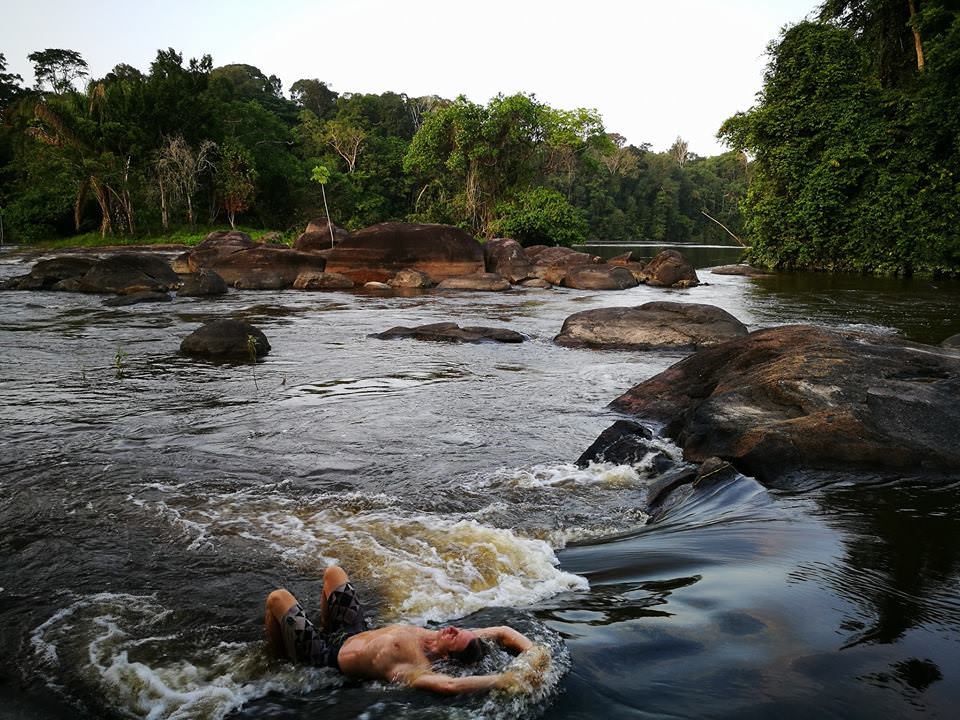 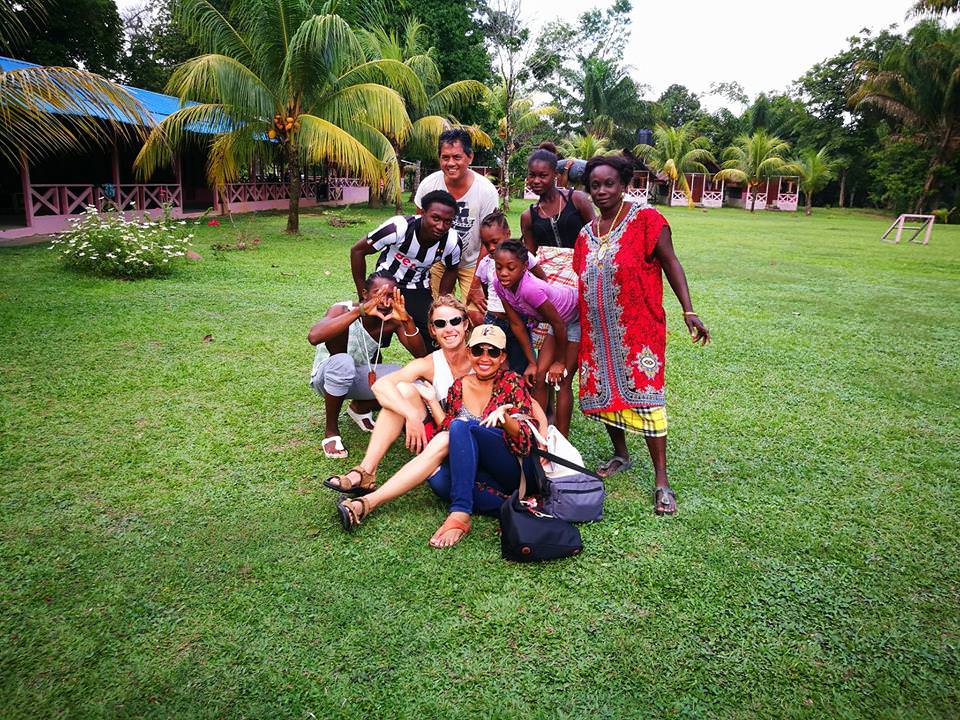 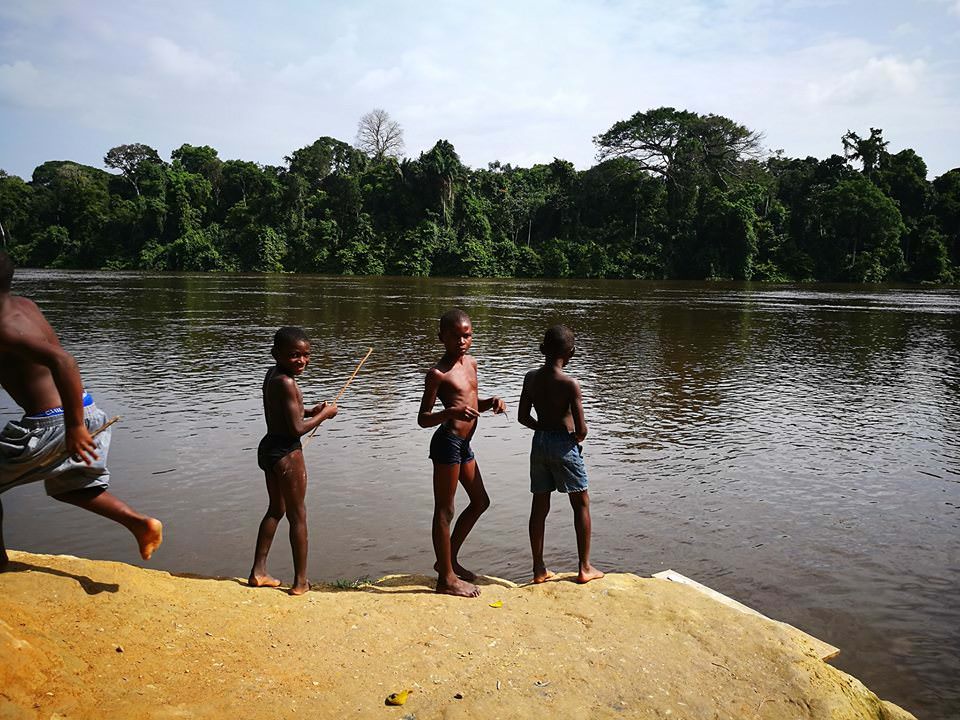 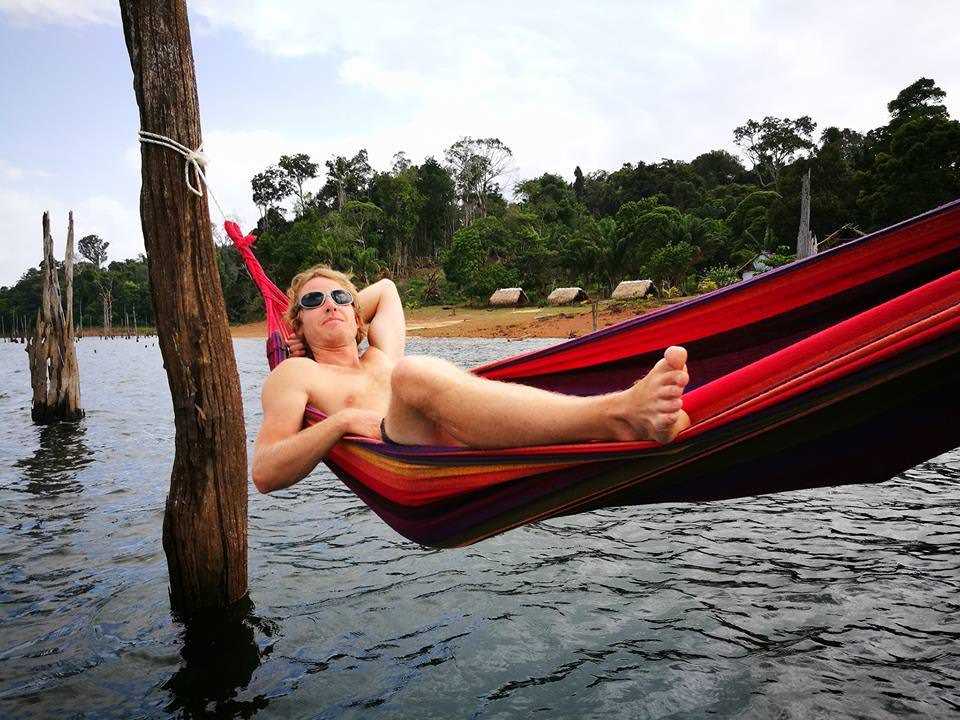 What to pack for Upper Suriname?

Like in most parts of Suriname, it can get extremely hot in this area. Here’s a quick list of what to bring for your jungle adventure.

Since the locals have retained the traditional means of living, they are able to sustain their food by growing vegetables, hunting, and fishing. That means, you always get to eat fresh produce and catch! The women in the village are tasks to process the crops. Their system is actually pretty organized. 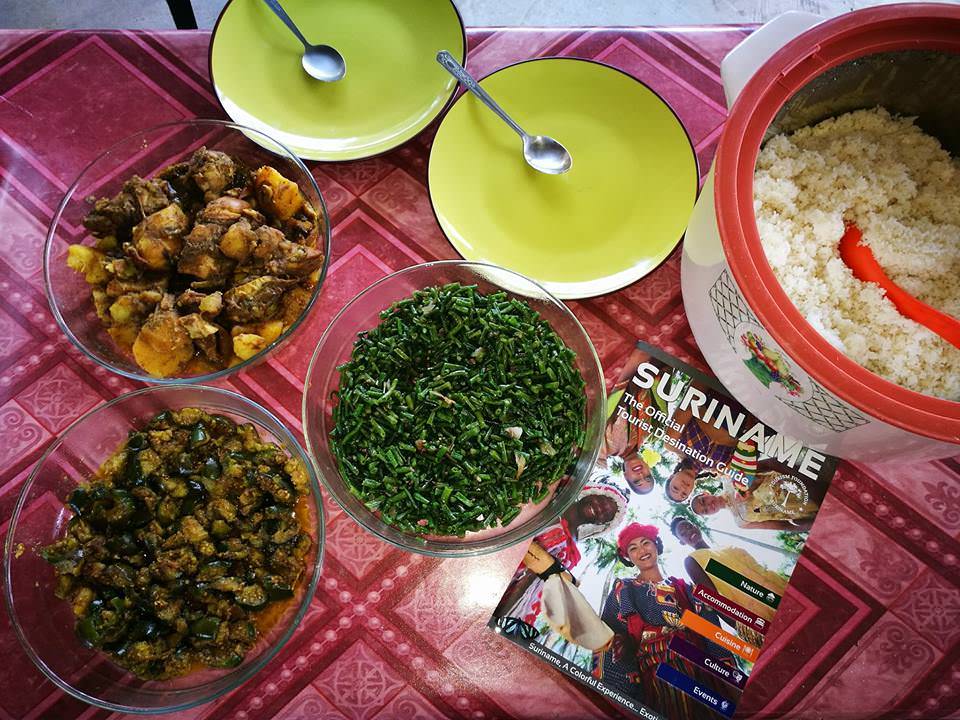 Is it safe to travel in Upper Suriname? 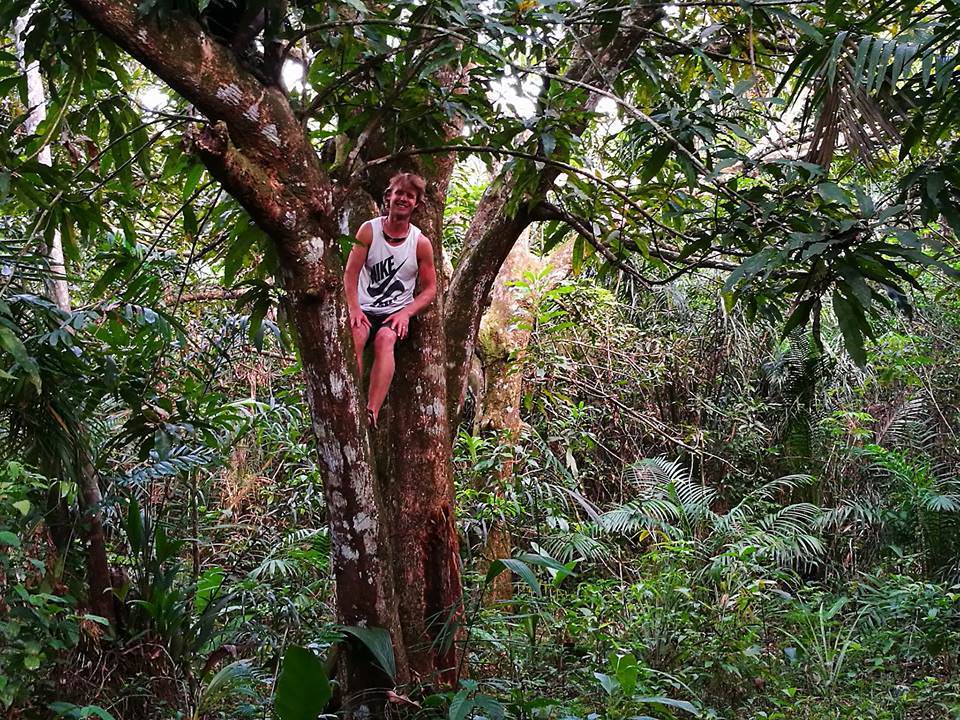 Generally, it is safe to travel in Upper Suriname. I wouldn’t get surprised if this will be the next big hit for adventure seekers. You just have to take extra precautions with the Zika outbreak. But hey, we are perfectly fine, and I’m sure you will be too.

Our accommodation in Upper Suriname

Isadou is the perfect accommodation if you plan to visit Upper Suriname. Their lodges have four double beds with bath and toilet, and a terrace where you can relax and savor the fantastic ambiance. It’s very basic, far from the luxurious hotels we’ve been staying at. But with a surrounding and an environment such as this, you wouldn’t need any of the facilities you’d get from traditional hotels.

Seeing and being in the wild for days has slowed us down, in a good way. I would encourage travelers to visit Upper Suriname and not just witness the raw and untouched beauty of the jungle, but to also understand and appreciate the lives of the Maroons.

Note: Our trip was arranged by Suriname Tourism Foundation. All opinions are based on our own experiences.

7 Awesome Things to Do in Orlando, Florida @AnjaliSareen