Check out our travel guide to Belize!

Belize is the country where Mother Nature’s beauty is at the zenith. This beautiful heaven is located on the eastern coast of Central America with the Caribbean Sea harboring its shores. The tropical treasures in the country are heaven for tourists from all over the world. I was looking to visit Belize for a long time. A vacation in Belize will completely change your outlook regarding the divine beauty of nature.

Wildlife sanctuaries and World famous national parks are the prime attractions for tourists visiting the Belize Islands. There are several nature reserves and wildlife sanctuaries to explore here that even a long holiday does not seem to be enough to discover the mysteries of this place. The beautiful cover of rain forests, the grand reefs nursing varied fauna, exotic beaches, ancient archeological sites and the hospitality of people of varied cultures and language makes the Belize tourism one of its kind.

I visited several places during my trip and I’d love to share my experience. So let us peep into the various majestic vacation destinations which will make you fall in love with the country. Who knows that after the vacation is over, you might be thinking of settling permanently in the country!

Questions and Answers about Belize

Is it safe to travel to Belize?

There is a high rate of crimes like murder, home invasions, armed robberies, and sexual assault even in the daylight. Another major security concern is the gangs operating in the country. You can become a victim of gang crime. Never go out at night and certainly not to walk around, especially alone. In certain cases, even the locals are afraid to go out at night. If you have to go out, take a taxi even if the distance is short. Visitors who want to enjoy the country of Belize will have a better time if they stay out of the capital, go to a resort and avoid the more dangerous areas of Belize City altogether. 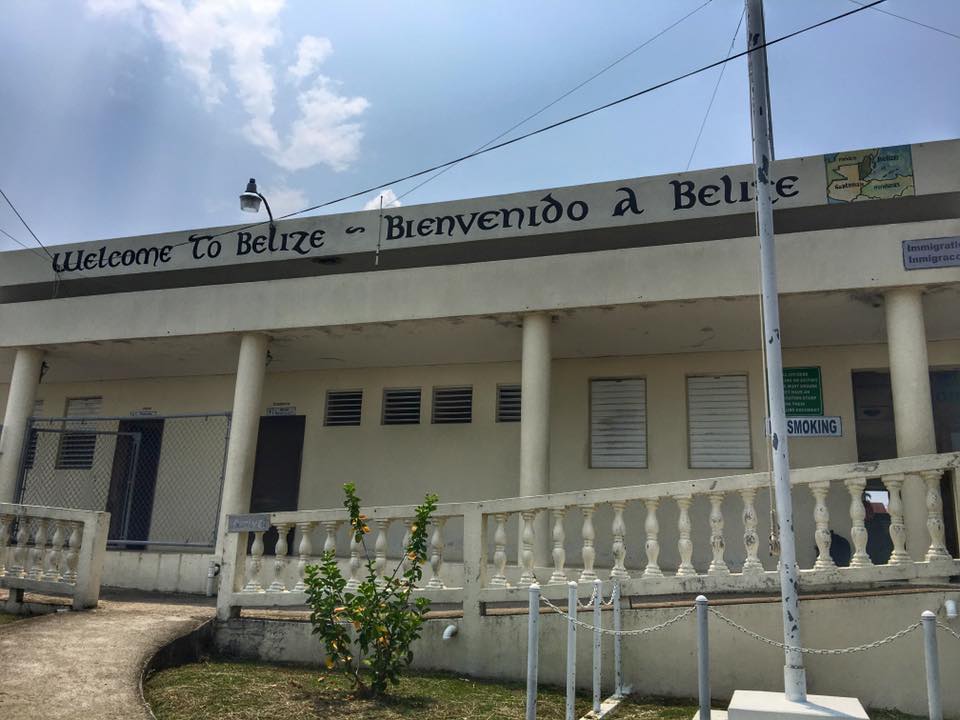 How to Change Money in Belize?

You can exchange the money as soon as you land at the airport, however, it’s is most likely that you’ll not get a good exchange rate. To get a good exchange rate, you should visit a bank. One U.S. dollar is equivalent to two Belize dollars. The BZ Dollar has been tied to the U.S Dollar for many years now. It has an official rate of two BZ Dollars to one US dollar. 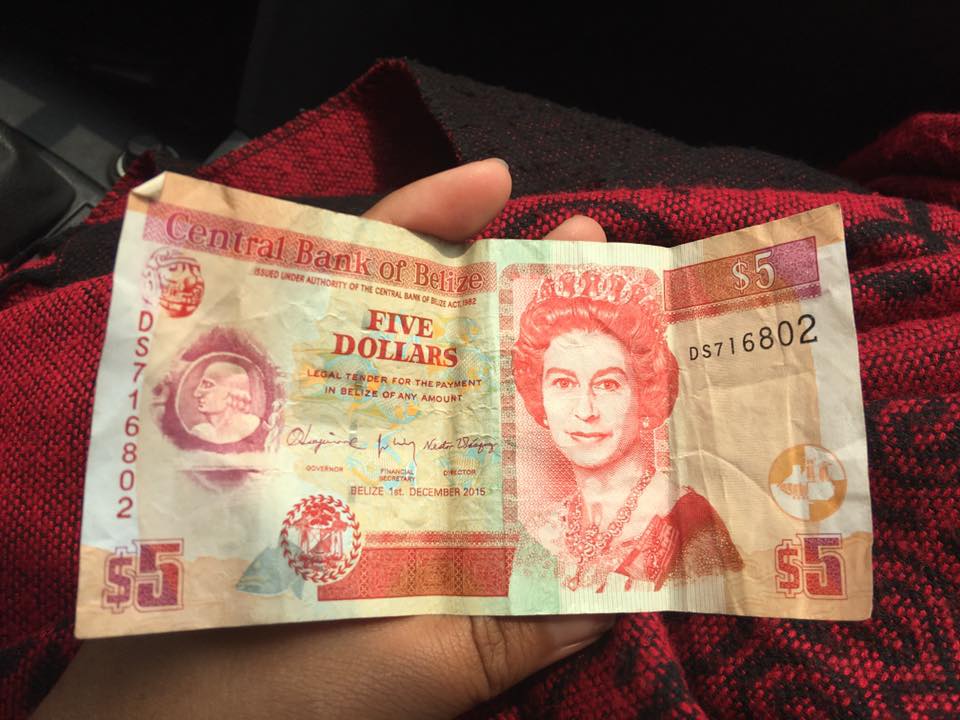 ATM machines in Belize dispense money in Belize dollars. You’ll get a $500bzd-$800bzd limit depending on the bank. However, please remember that Belize dollars are not accepted outside of Belize — except at some border towns like Melchor, Guatemala and Chetumal, Mexico — so you need to be careful of the amount you withdraw – particularly at the end of your trip.

But there’s good news, you can also use US dollars in Belize. Around the country, you’ll find prices available in both BZD and USD. Normally, the higher prices are quoted in US dollars – like real estate, hotel, and tour prices.  Besides, all prices at supermarkets, most restaurants and shops are quoted at local prices. 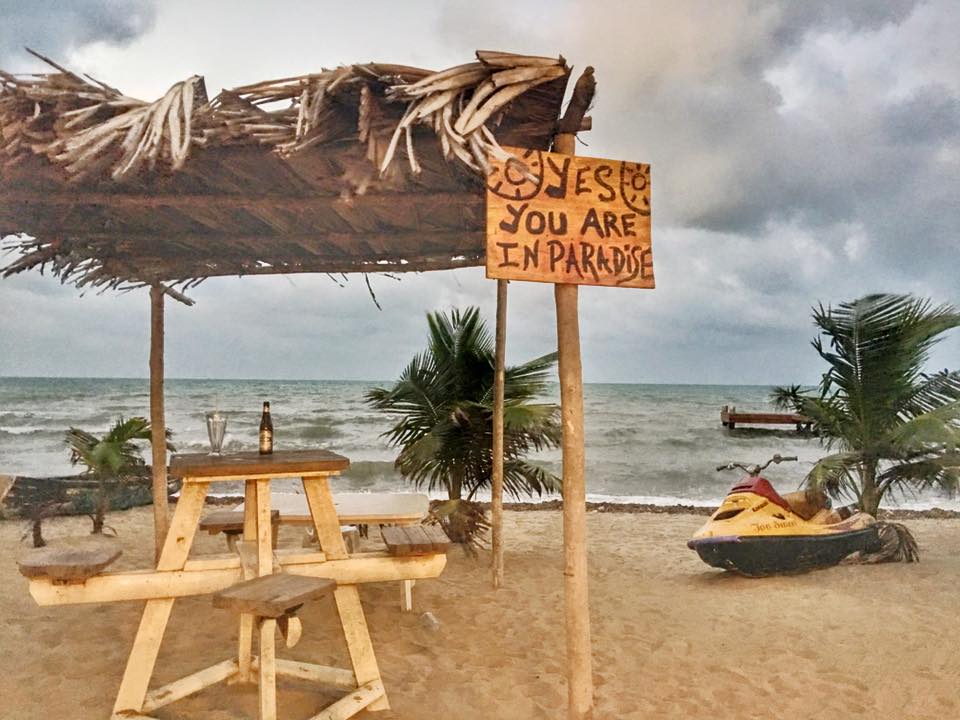 What is Unique about Belize?

The country was once home to over 1 million Maya people. Belize’s forest is home to wild cats, including ocelots and jaguars. The blue hole is a famous diving site and popular across the world. The Punta Rock music is famous across the country and locals just love it. Local produce includes mango, coconut, lime, etc.

What is the Culture of Belize?

Creole dominated and English speaking, Belize has more in common with its Caribbean island neighbors than its bordering Spanish-speaking countries. Mostly, inhabited by the Maya for centuries and Colonized by English buccaneers and escaped African slaves later, Belizean food offers spicy Creole creations, the Mayan delicacy of the fried paca (a small jungle rodent) and Standard English corned beef. One of the unique aspects of Belize is the fact that it is undeveloped in a way that has allowed for nature to live on in a way that biologists and environmentalists fall in love with.

What is the Geography of Belize?

The topographical feature divides the Belizean landscape into two main physiographic regions. Among them, the most visually striking of these regions are distinguished by the Maya Mountains and the associated basins and plateaus that dominate all but the narrow coastal plain in the southern half of the country. These mountains rise to heights of about 1,100 meters, with the highest point being Doyle’s Delight (1,124 meters) in the Cockscomb Mountains. On the other hand, the second region comprises the northern lowlands, along with the southern coastal plain.

How to travel to Belize?

If you are planning to travel to Belize, here are some of the airlines that will take you to Belize from these countries.

How to travel in Belize – Transport in Belize?

Local cuisine reflects the country’s multiethnic population and rich history. When you combine all the diverse ingredients starting from the early Maya settlement through to the pirate past, the vibrant African influences, the British settlers, the attempted Spanish conquest, the Mennonite farming communities and the more recent influx of many other cultures, you have a recipe for something very, very special!

The average temperature in Belize is 84° F (29°C). The sea breezes and Belize’s large tracts of jungle and rainforests provide cooling relief even in the hottest summer months while winters can be cool but never very cold. Simply speaking, the climate is pretty much near perfect. During the winter the temperature in Belize rarely falls below 60°F (16°C), while throughout summer the mercury sits at around 86°F (30°C). The humidity is also fairly consistent at around 85 percent.

Important things to pack for a trip to Belize

Looking to pack stuff for the next Belize tour, consider the following items:

10 Amazing places to see and things to do in Belize

The Hol Chan Marine Reserve is one of Belize’s most visited diving and snorkeling sites. It features top attractions like a cut in the reef with steep coral walls; Cat’s Eye, a crescent-shaped sinkhole; and Shark Ray Alley where divers can enjoy close encounters with nurse sharks and southern stingrays.

It is a paradise for divers and anglers; Turneffe Islands Atoll encompasses more than 200 coral islands surrounding a lagoon. This is one of three atoll reefs in Belize’s waters. The Seascapes here range from crystalline flats to creeks and lagoons.

Placencia is a popular fishing village and beach resort. Tourists come here to bask in the beautiful white-sand beaches, eat fresh seafood at the excellent restaurants, fish, kayak the lagoon, and dive and snorkel in the Silk Cayes Marine Reserve.

This mountainous tropical forest protects an impressive array of wildlife including jaguars, ocelots, pumas, anteaters, tapirs, monkeys, and snakes, although sightings of the cats are rare. It is a must-see place when visiting Belize.

This stunning island, fringed by mangroves and coconut palms, lies about 24 kilometers south of Ambergris Caye. In the year 1961, Hurricane Hattie divided the island in two, creating an area called the Split, which is now a small public beach.

The hiking among the pine forests, visitors can explore cool gushing rivers, waterfalls, pools, and caves, although, in recent years, the pine beetle has devastated many of the trees.

Located in the lush jungle on the banks of the New River, Lamanai is the most famous archaeological site in northern Belize and one of its largest ceremonial centers. It means “Submerged Crocodile” in the Mayan language, and images of crocodiles have been found on the excavated buildings, pottery, and figurines.

Situated in a valley between the Mopal and Macal Rivers, San Ignacio is a great base for exploring the tourist attractions of the Cayo District. It is also a launching point for adventures into the beautiful Mountain Pine Ridge Reserve.

It is Belize’s largest city and commercial center; a busy port, which welcomes cruise ships; and the country’s main gateway. Tourists can visit the Museum of Belize, housed in a former prison; pop into Government House; or explore the Old Belize Cultural and Historical Centre, a museum, beach, and restaurant all rolled into one.

The country brims with natural beauty. It is a top spot for eco-tourists; this fascinating country lies in Central America, between Mexico and Guatemala, and was known as British Honduras during its colonial days. Besides, all the natural jewels, Belize’s friendly people are one of its top assets with origins as diverse as the landscapes. Mennonites; Mayans; English; Creoles; Mestizos; and the Garifuna people, of mixed Amerindian and African descent infuse an evocative mix of cultural influences.

5 Best Things to do in Dugi Otok, Croatia [with Suggested Tours]