We have been back in the UK and exploring my home country for 5 months now, and we’re about to fly back over to South America again, so it only felt appropriate to get involved in the Be a #Seekender campaign by Hampton by Hilton and help to encourage every Seekender to start exploring the wonderful destinations on our doorsteps. Apparently, there has been a dramatic increase in British holiday makers planning to ‘staycation’ in the United Kingdom during 2017, giving their main reasons as value for money, shorter travel times and a simple desire to get to know their own country a bit better!

Having travelled the world for over three years now, we’re often just as struck by the similarities we see between destinations on opposite side of the globe, as we are by their differences. I’ve found the Lake District of northern England in the stunning farmlands of Chilean Patagonia, some of Cornwall’s beaches could be mistaken for the sandy shores of parts of Australia and Kach has found the essence of the Philippines all over Central America!

As it turns out we’re not the only ones either; certain beauty spots in the UK have been getting mistaken for far more exotic locales all over the world. Apparently. Over 76% of Brits surveyed mistook holiday photos of beauty hotspots in the UK for famous destinations abroad.

Take a look below at the 5 British break destinations that fooled the UK public!

Lulworth Cove, located on the Jurassic Coast World Heritage Site near the village of West Lulworth, is undoubtedly one of the UK’s most stunning natural sites and it’s easy to see why it has been mistaken for other more exotic locations. Formed by a special geological feature called a concordant coastline, the cove has gradually expanded to its current state over millions of years of erosion, creating the picturesque scene we can see today.

Perhaps not surprisingly, only 15% of people surveyed thought that Lulworth Cove was located in the UK, instead opting for Mediterranean beauty spots like Greece, Cyprus and Malta! 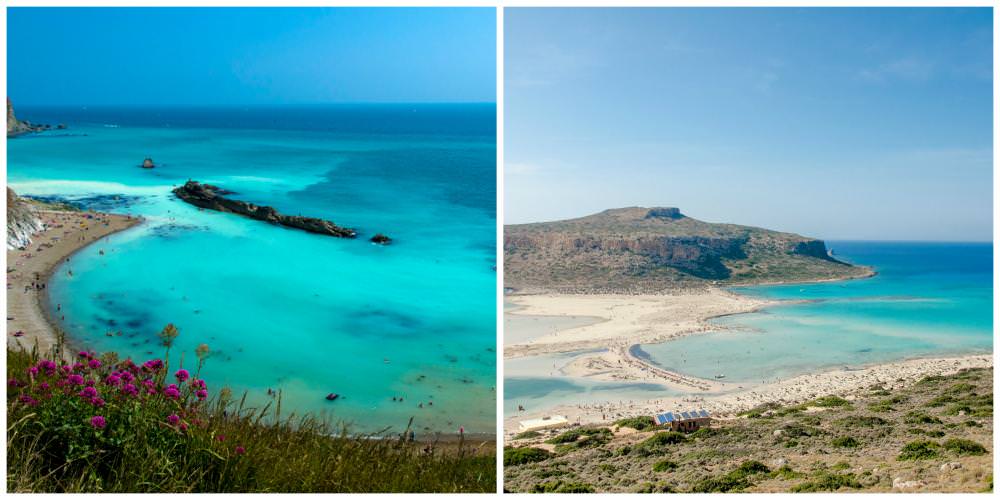 Kew Gardens is one of London’s most beautiful visitor attractions and are home to the greatest botanical collections in the world, including 30,000 different types of plants. While much of Kew Gardens is easily recognisable as distinctly British in style, design and heritage, the Japanese features of the garden look so authentic and at home that 59% of people thought that they were actually looking at a picture of Japan and 20% believed it was in China! The blooming Cherry Blossom trees and the traditional style of Japanese Gate in the background had most people believe that this little corner of southern England was in fact on the other side of the world, in the Far East! 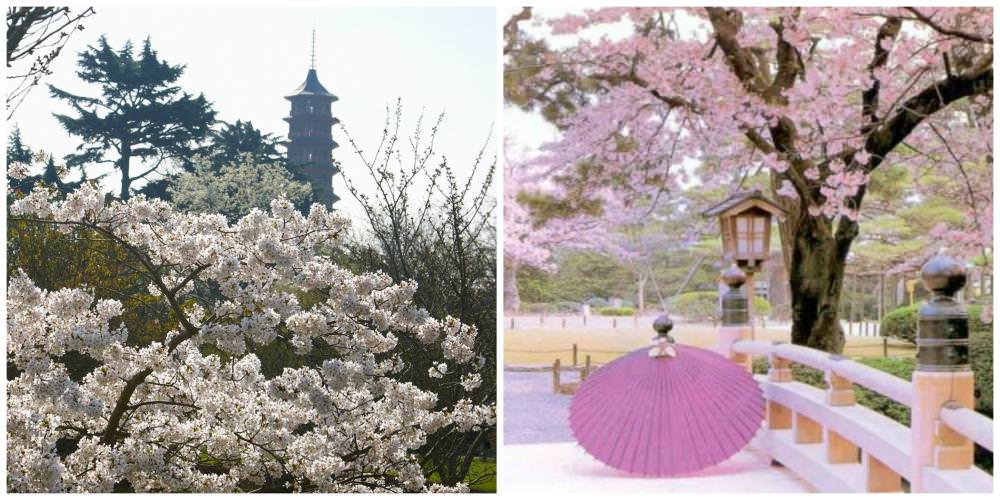 When you think of wine production, you no doubt jump to an image of France, Italy, New Zealand, California and handful of other countries, with rolling hills and the sun shining over row upon row of grapevines. So we can probably forgive the 35% of people who when presented with a photo of one of Britain’s very own home grown vineyards, thought that they were looking at a picture of France! Or even the 21% who thought that this patch of Kent countryside was deep in the heart of California wine country! Although many people might know nothing about it, Biddenden Vineyards in Kent have been growing grapes and producing award-winning wines since 1969, with many varieties on offer. 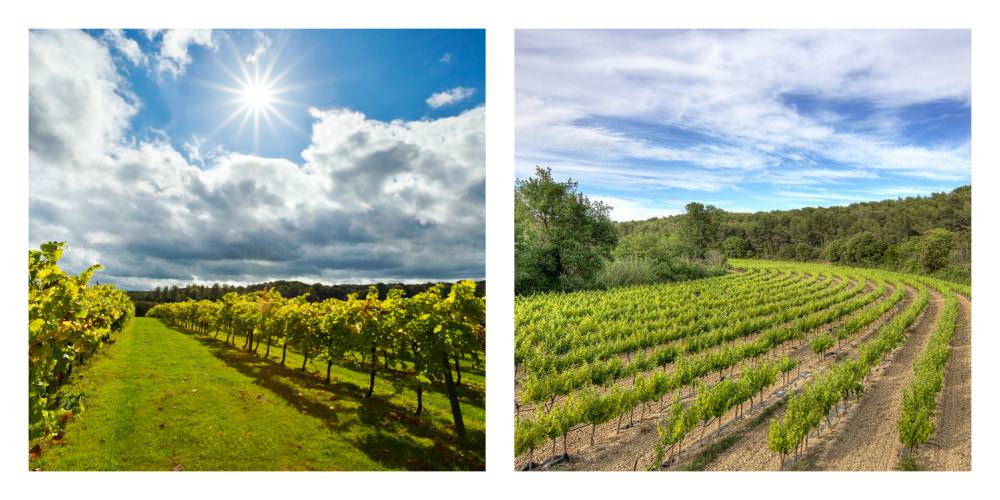 The second largest of its kind in northern Europe, the Cathedral and Metropolitical Church of Saint Peter in York, more often called York Minster, has a distinctly gothic style, much more similar to what you would find in Italy, Barcelona, and parts of France. What fooled most people is probably the size of the cathedral, as religious buildings on this scale are not often found in the UK. 25% of people guessed that the photo of this church was taken in Spain, while 19% thought is was in France! 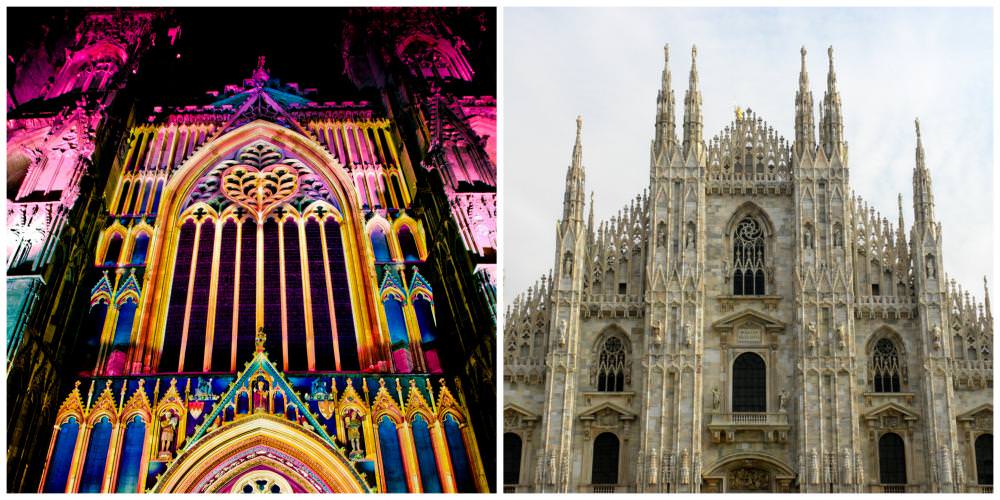 Perhaps we have the massive success of the Lord of the Rings movies to blame for the fact that people jump too quickly to attribute New Zealand with every shot of awe-inspiring scenery they come across! There’s not many who would argue, however, that if you’re looking for the most spectacular natural scenery in the UK, you’ll find it in Scotland. Loch Lomond is just one of many incredible natural wonders across the country and is the largest freshwater lake in the whole of Great Britain (by surface area). Only Loch Ness is bigger regarding the amount of water they hold and obviously more popular thanks to the legend of the Loch Ness Monster! Apparently, though, many more of us need to get out and explore our own backyards, since only 37% guessed the image was in Scotland, while 23% guessed New Zealand and 17% guessed Canada. At least both of those are also beautiful destinations so that the Scottish can take it as a compliment! 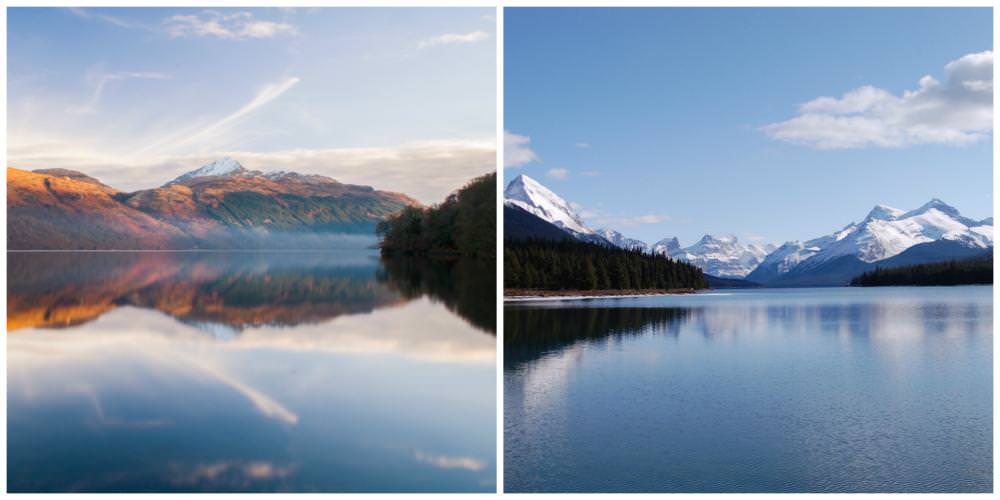 This article was written in collaboration with Hampton by Hilton.

Co-Founder of Two Monkeys Travel Group. Since 2013, Kach has visited all the 7 continents (including Antarctica) and 143 countries using her Philippines Passport. In 2016, she got married then a year later bought a sailboat and went on sailing adventures with her two cats - Captain Ahab & Little Zissou in the Caribbean for 2 years. She now lives in Herceg Novi, Montenegro. She writes about her experiences traveling as a Filipina traveler with a PHL Passport. Also tips on backpacking trips, luxury hotel experiences, product reviews, sailing & adventure travel.

10 Amazing Cities to Visit in South Morocco and Why

How to Claim Injury Compensation After an Accident Abroad