Just like that, we’ve been on the road for six months. 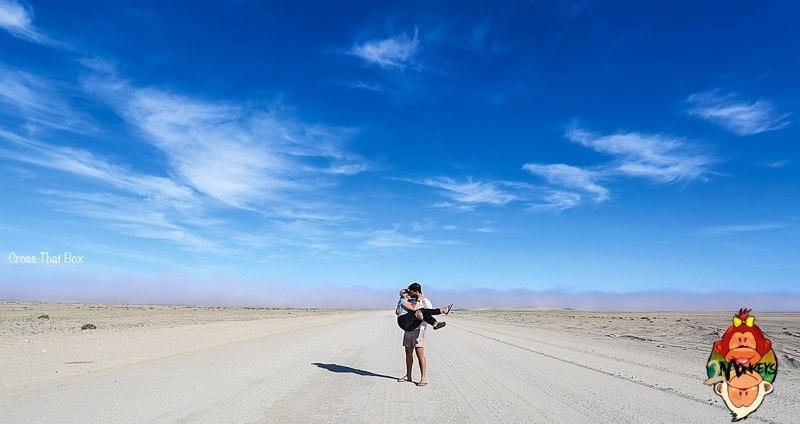 Although there have been plenty of challenges along the way, it just felt so easy to get to this point. Quitting our jobs to travel was the best decision we ever made. We’ve learned a lot about ourselves, about each other and about the way we like to travel.

However one of the biggest ‘lessons’ we have learned has come out of our backpacks.

It’s all dependent on where you are traveling to. We are traveling around the world for an indefinite period. We plan to go EVERYWHERE. So it was always going to be hard to narrow it down to just one part of the world. We had to be prepared for everything. 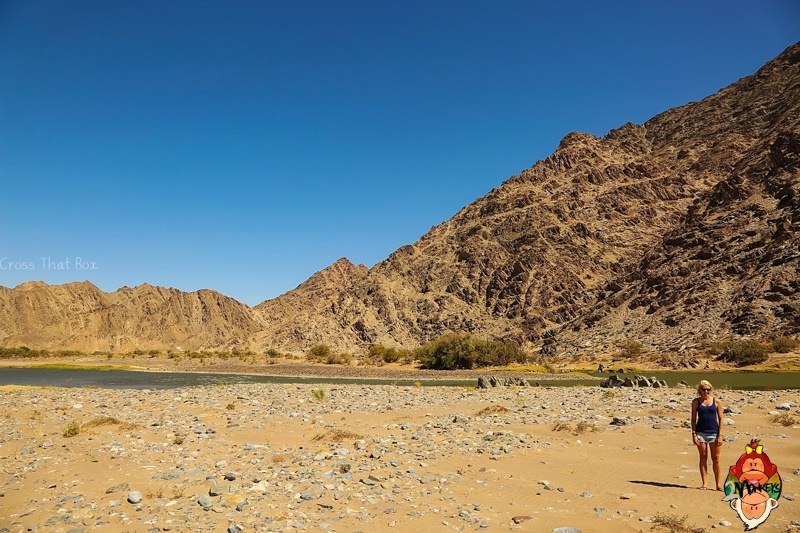 Before we even left Australia, we had made an effort to sell almost everything we own. So it’s not as though we’ve got our beds, couches and flat screen TVs in our bags. The lesson has been more about the following;

– Climate appropriate packing (Clothing, Shoes and Sleeping gear)
– Do you need jeans?
– Not everything you own needs to be grey.
– Extra bits and pieces that you MUST have.

So we’re not going to tell you what you should and shouldn’t pack in your carry on and checked in luggage. That’s been done to death on travel blogs. We’re going to go through the mistakes that we’ve made so that no one else does the same!

When we left Australia our first destination was Munich, Germany. Eager to get to the Christmas markets we dumped our gear in our Airbnb apartment, showered and tore open our bags in the search for something warm. It was right at this very moment that I realized what I’d done.  Everything was grey. Boots, socks, pants, and jumper. The only saving grace was my undies and beanie (both black). I couldn’t believe it.  We felt like we’d learnt a lot on our way over here but this was the biggest lesson so far.

This situation was made even worse once we realized that Michael had done almost the same thing! How did this happen? We don’t even wear grey back home!

Lesson #1- Rehearse the clothing you pack before you leave home.

We knew it would be cold but we weren’t prepared for just how cold a European winter was. The goal destination was Iceland, and we thought we were well prepared for their temperatures. Munich took us by surprise. I ended up with eight layers on one day just to try and function, and it still wasn’t enough.

I didn’t take a ‘middle’ jacket. What we like to call a ‘soft shell’ jacket. I wish I packed this. Michael had one and was toasty warm.

Gloves. How could I have forgotten this? I could barely even eat some mornings because my hands ceased to function. No one wants this. Gloves. PACK GLOVES!

Our snow jacket and pants were great in Iceland, but beyond that, they were just a pain. I don’t know how we ever fit them in our bags, to begin with but all of a sudden they just didn’t fit. We’ve since sent them to our friend in Spain in the hope that we will follow an endless summer. If you can buy this stuff while on the road, then do it.  Save the room in your bags!

On the flip side when we arrived in Africa 6 weeks later I quickly learned that my sleeping bag was useless for camping. Don’t get me wrong; the climate was beautiful and warm to the point where you just slept on top of it most nights. When it got cold in some places, I would wake up in an argument with my sleeping bag as I fought my way out in a hot sweat. Then I’d be too cold and need it again. Then I’d be sweating again. You get the point. 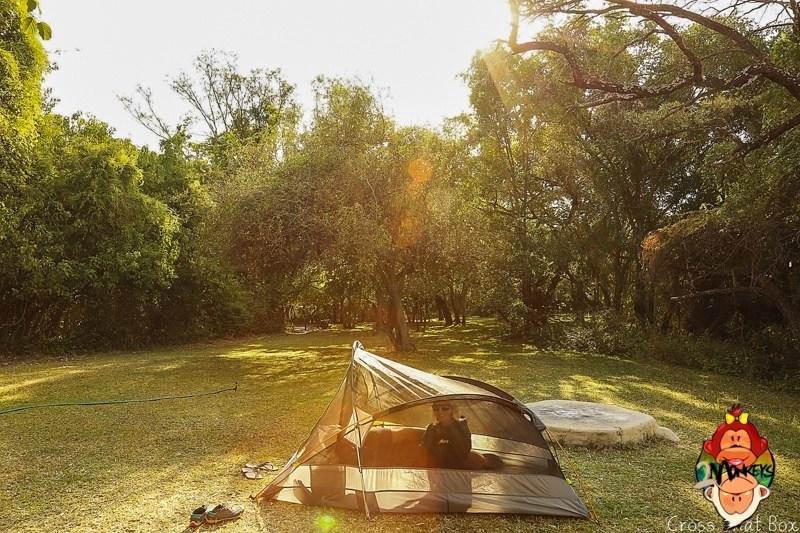 I bought a sleeping bag that was going to suit the European winter but never thought about summer. Anywhere else/ My Sleeping bag is suitable for up to -20deg Celcius and is therefore basically useless everywhere other than Antarctica.

Do you need jeans? In the first two months, I had this ongoing dilemma of wanting to look cute vs. practical (as demonstrated in my practical ‘grey’ collection). The honest truth is after about a month on the road you stop caring. I’m lucky to be one-half of a traveling couple, so I am not exactly on the eternal search for ‘the one’ and therefore don’t feel the need to ‘dress to impress.’  There comes a time (at about the three month mark) when you find yourself wearing the same outfit four days in a row without blinking an eye. Trust me… He doesn’t notice either. 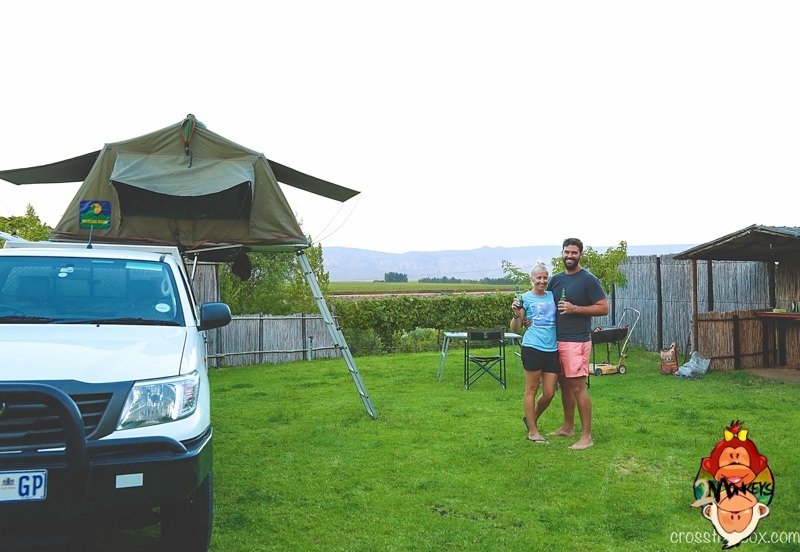 I recall the time we decided to treat ourselves to a feast at a fancy Indian restaurant in Cape Town, South Africa. We walked in wearing shorts, shirts, and thongs (the flip flop kind). We got stared at like we were homeless people!

The bottom line is we still ate, we still had a good time and we didn’t give a damn how we looked.  What we were wearing had nothing to do with it. We decided to ditch our jeans after that point. We realized that ‘inappropriate’ clothing was never going to stop us from doing anything.

So do you need those jeans? No. They take up so much room and take ages to dry when you wash them.

To wrap things up, we have the Cross That Box top five list of ‘must haves.’

– A head torch. Don’t even bother traveling without it. Especially if you intend to camp or travel overland. It just makes life so much easier.

– A second hard drive. Most people will be content with one, but we are much more comfortable with two. The last thing anyone wants is to lose all of their beautiful photos. Back them up twice!

– Speakers. I’m not talking anything crazy here. Just a tiny little speaker to hook up to your iPod or smart phone. Especially if you intend to self-drive or overland. You’ll find yourselves in places where the radio stations are few and far between, and it will be your saving grace. Not to mention that music will improve the atmosphere anywhere. Be that cool guy who bought the speakers.

– Vegemite. We are Aussies, and I am obsessed with Vegemite. It’s my one true hang over cure when there’s no KFC in sight. If you’ve got a special delicacy that you can bring from home. Bring it.

– A zoom lens. This is important. If you’re a photographer or even just ‘into’ photography, please bring a zoom lens. I didn’t, and it was the worst while traveling through the Serengeti, Tanzania. I now have one, and it’s the best!

– Thongs. I cannot emphasize this enough. As Aussies, we mean the ‘flip, flop’ type of things. Not only should you pack a pair as your general footwear of choice but you MUST pack a spare set. I never shower in public facilities without them. If they break or go missing, then I’m in trouble! 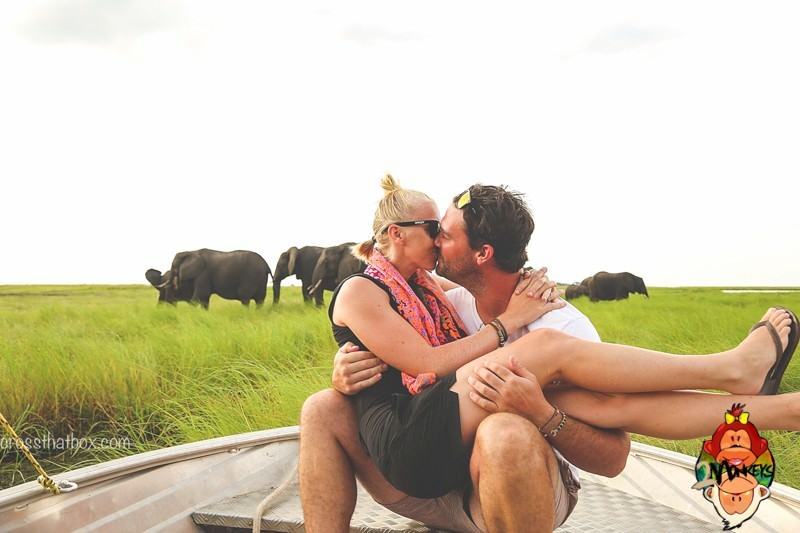 So that’s it. That’s our best advice. While it may not be the traditional ‘what to pack’ advice, it’s the things we realized within our first six months.  The bottom line is this- if you can, you should travel light. You feel safer and it’s just easier.

Think practical. Within a few months, all you’ll care about is having a good time. Not about how you look. Promise. 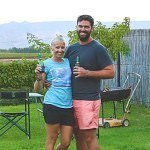 Michael Cross and Carly Box are an Australian couple who quit their jobs to travel the world. They previously served in the Military for quite some time. Whilst their previous line of work has taken them to many places around the globe, they were left wanting more. Mid last year they decided to hand in their resignations, sell almost everything they owned and buy a one-way ticket. Their adventures have taken them to Iceland, Germany, and France and it, was here they realized they would prefer to go where it was warm. So very quickly they changed their plans and a week later ended up in Nairobi, Kenya. They have been in Africa for 4.5 months with no real sign of leaving soon. Together they are ‘Cross That Box.’

7 Tips For Staying Healthy On The Road

Consequences of Traveling: Will you stop now?