Home » Travel Blog » Nikon KeyMission 180 And 70: The Next Best Action Camera for Sailors

One month ago, Nikon sent us their action cameras to review, but I didn’t know where to use it for as we have three units of GoPros. If you’ve been following our adventure, you’ll know that we are now focused on our first sailing across the Caribbean. I’ve been focusing now on being a housewife (or shall I say boat wife) learning how to cook and all.

Last Christmas, we were just having drinks with our liveaboard neighbors, and we just decided to get a kitten to keep us company. So off we went to Florida Keys SPCA the very next day and brought home an orange cat which was born on the day of Hurricane Irma. He’s a survivor like us and our S/V Empress! His name was Kyle, but that doesn’t sound like a good name for a liveaboard cat. So we named him as our very own baby, ‘Captain Ahab.’

We are currently in the process of understanding how he behaves. I noticed that he keeps on hiding on every corner, playing with things that aren’t his toys, and he is very sweet. He goes to our bed to sleep too! As he is now a member of our growing family and we are in the process of training him, I thought to myself ‘Why don’t I record this? It could be useful for all the cat lovers out there and those who want to train their pets while living on a sailboat!’ So from now on, I will record Captain Ahab’s training progress and sailing life with my Nikon KeyMission 80 and Nikon KeyMission 170. Hopefully one day, I’ll be able to record his swimming skills with it too! 😛 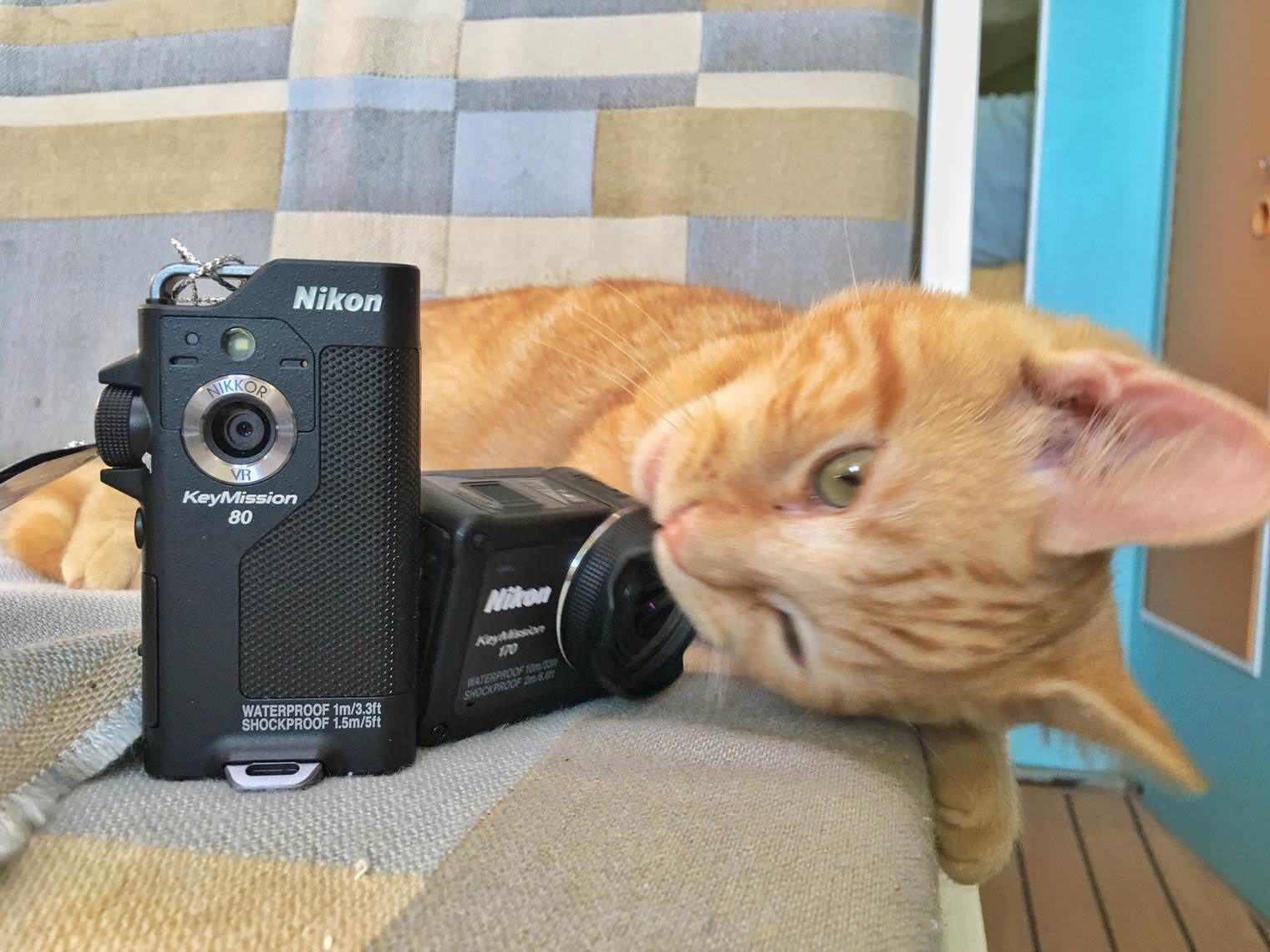 The Nikon KeyMission line is built to capture your life outside of your comfort zone– it is waterproof, freezeproof and shockproof. It is something that you can take out while cruising around Antarctica, down while you’re diving in the Caribbean, up while skydiving in Dubai, or while you’re skiing at the French Alps. It will certainly capture every spontaneous second of your life. Take it to the full moon party in Thailand, take it as you swim in Maldives’ crystal clear beach, stroll around Paris or capture every corner of the Sagrada Familia in Barcelona– take it anywhere you want anytime, all the time!

One thing I love about the KeyMission is its built-in Wi-Fi with Bluetooth for instant sharing. Videos and photos from KeyMission 170 and 80 can be viewed, edited and shared with a compatible smartphone (Android 5.0 or later, 6.0.1 or later, 7.0 or later, or 8.0. A device with Bluetooth 4.0 or later (i.e., a device that supports Bluetooth Low Energy is required) and the SnapBridge 360/170 app.

When connected, this app gives you the power to set up the camera, shoot remotely, change settings and automatically transfer and share photos from your smartphone. (I so love the power of our smartphones!)

WHAT I LOVE ABOUT THE NIKON KEYMISSION CAMERA 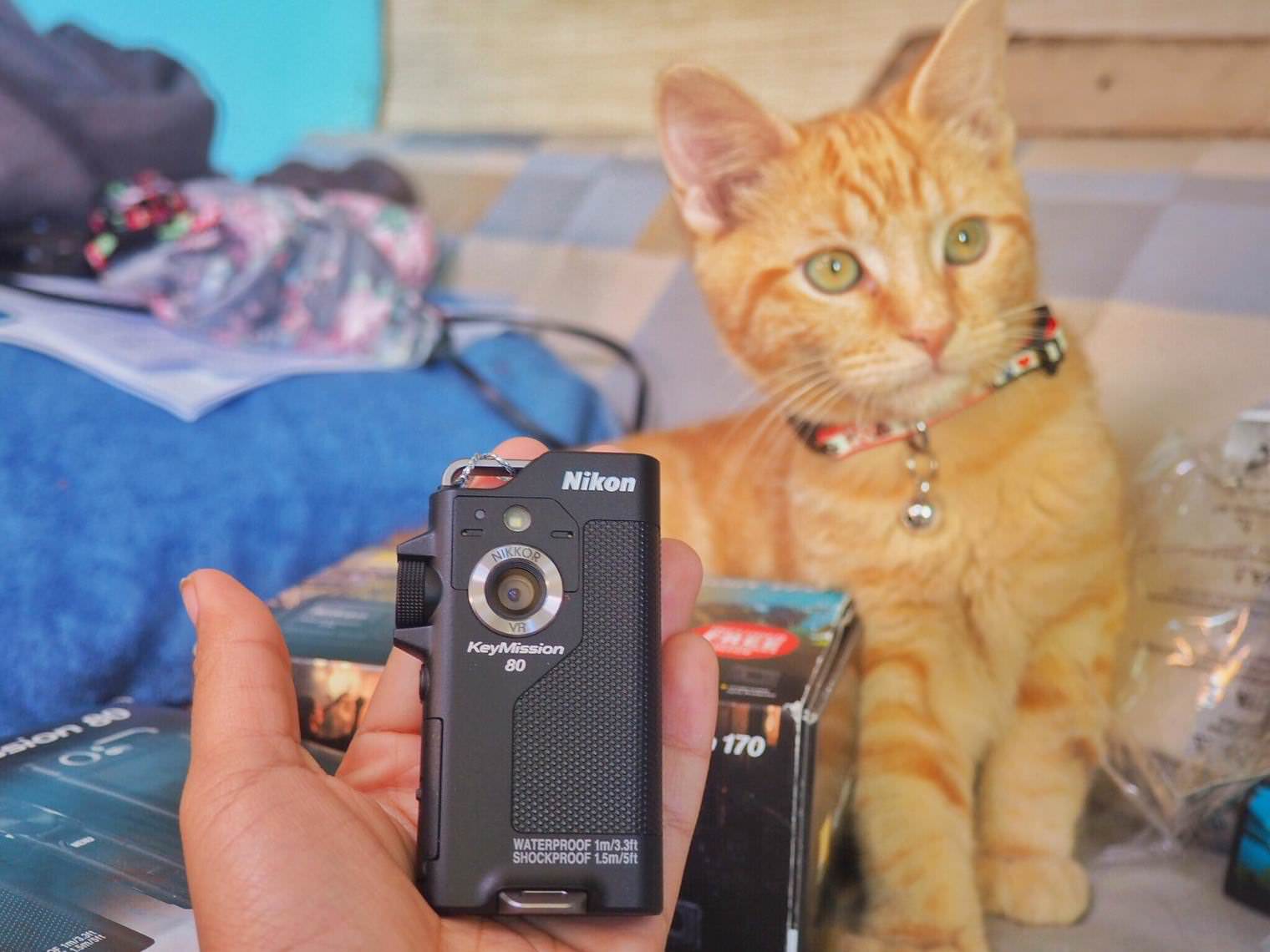 While both cameras are ready to be taken to the most extreme adventures, each still has their distinct features which will suit one traveler to another. Aside from those technically related differences, here are some things I noticed personally while trying out both:

The KeyMission 170 has a NIKKOR ultra-wide angle lens of 170° while the KeyMission 80 has a wide 80° lens. So if you’re someone who goes to such scenic and beautiful places, then the KeyMission 170 is for you! I prefer the 80° because it captures just the perfect angle of our sailboat and our sailing adventures 🙂

2. TO SELFIE OR NOT TO SELFIE?

Selfie shots are our mobile phone’s duty. But it could be KeyMission 80’s too with its powerful 4.9 million pixels camera– not to mention that your face won’t be the only thing taking up all the space on the screen, you get 80° of the scenic background 🙂

Both cameras have a really good photo and video quality which is almost the same, so I’m comparing it to my GoPro this time. The wide-angle and HD photo is better than GoPro regarding clarity and sharpness. The color is more realistic compared to GoPro! If you don’t believe me enough, check out video reviews on youtube and you’ll be surprised at how beautiful the photo/video outcome is. (I’m going to make water video review too so watch out!)

Both cameras are really small, and it’s only slightly bigger than the palm of my hands. I carry a lot of gadgets most of the time, and I really can’t afford to bring more most of the time. So this one is a perfect travel companion!

6. IT DOESN’T NEED A CASING

The waterproof, freezeproof and shockproof feature is built-in on the camera, and you don’t need a hard casing for that. But if you want to take it deeper than 1 meter for KeyMission 80 and 10 meters for KeyMission 170, then a protective case will come in handy 🙂 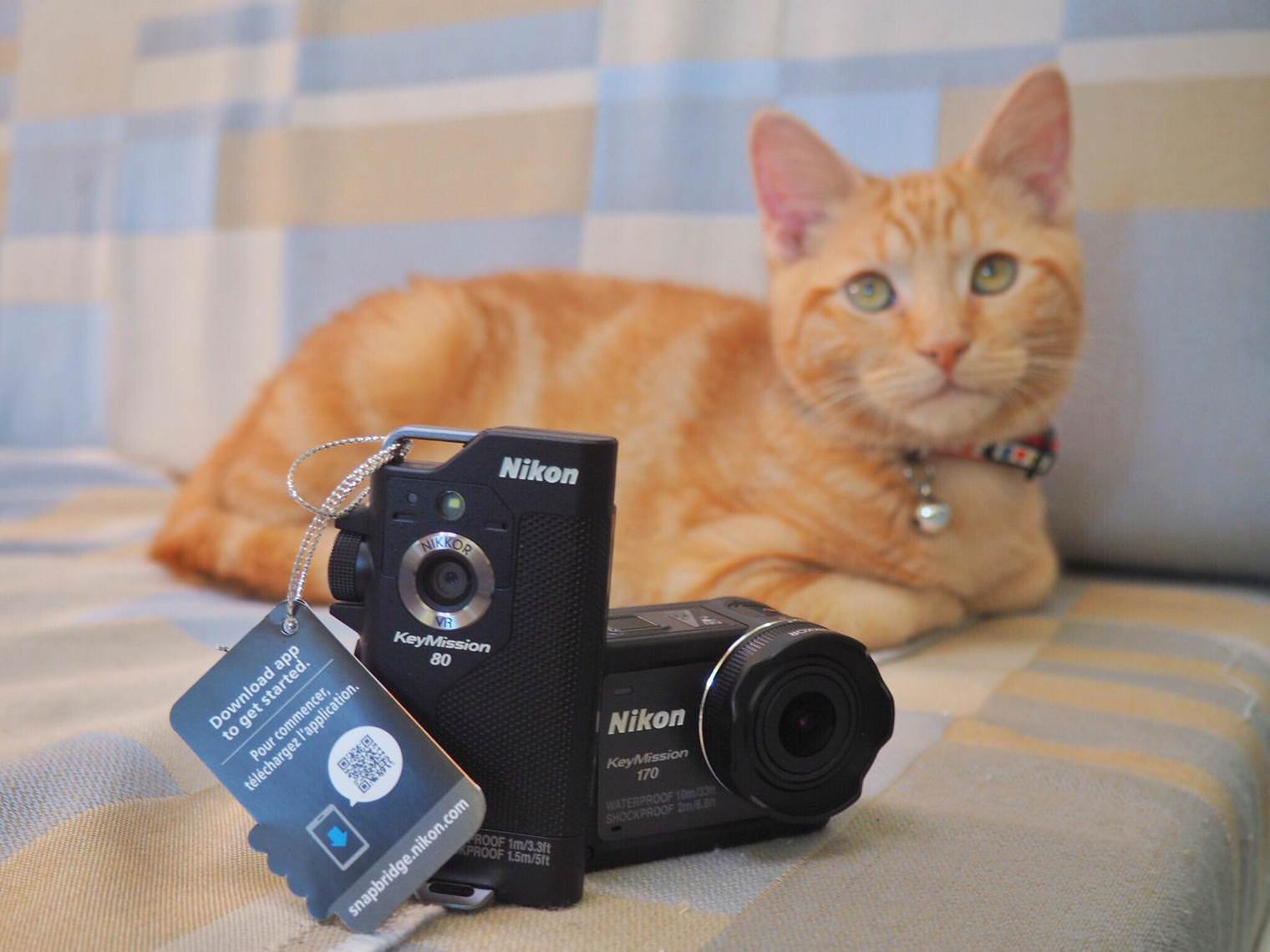 Despite all the things I like about it, there are still some features that need to be improved.

1. HOW THE KEYMISSION 80 LOOKS

The KeyMission 170 looks cute and sturdy but not the KeyMission 80. The latter looks like something that someone takes out when he wants to smoke (a lighter, yes!)– it looks very manly for me.

Unfortunately, although the features on the app uses are promising, it doesn’t work very well especially with the new update. Few issues were raised recently on the app page like it’s very hard to connect, it doesn’t transfer fast when using Bluetooth, etc. but all of these were resolved now. As for me, I didn’t have a hard time connecting and transferring files, so it’s pretty fine 🙂

WILL I RECOMMEND IT? 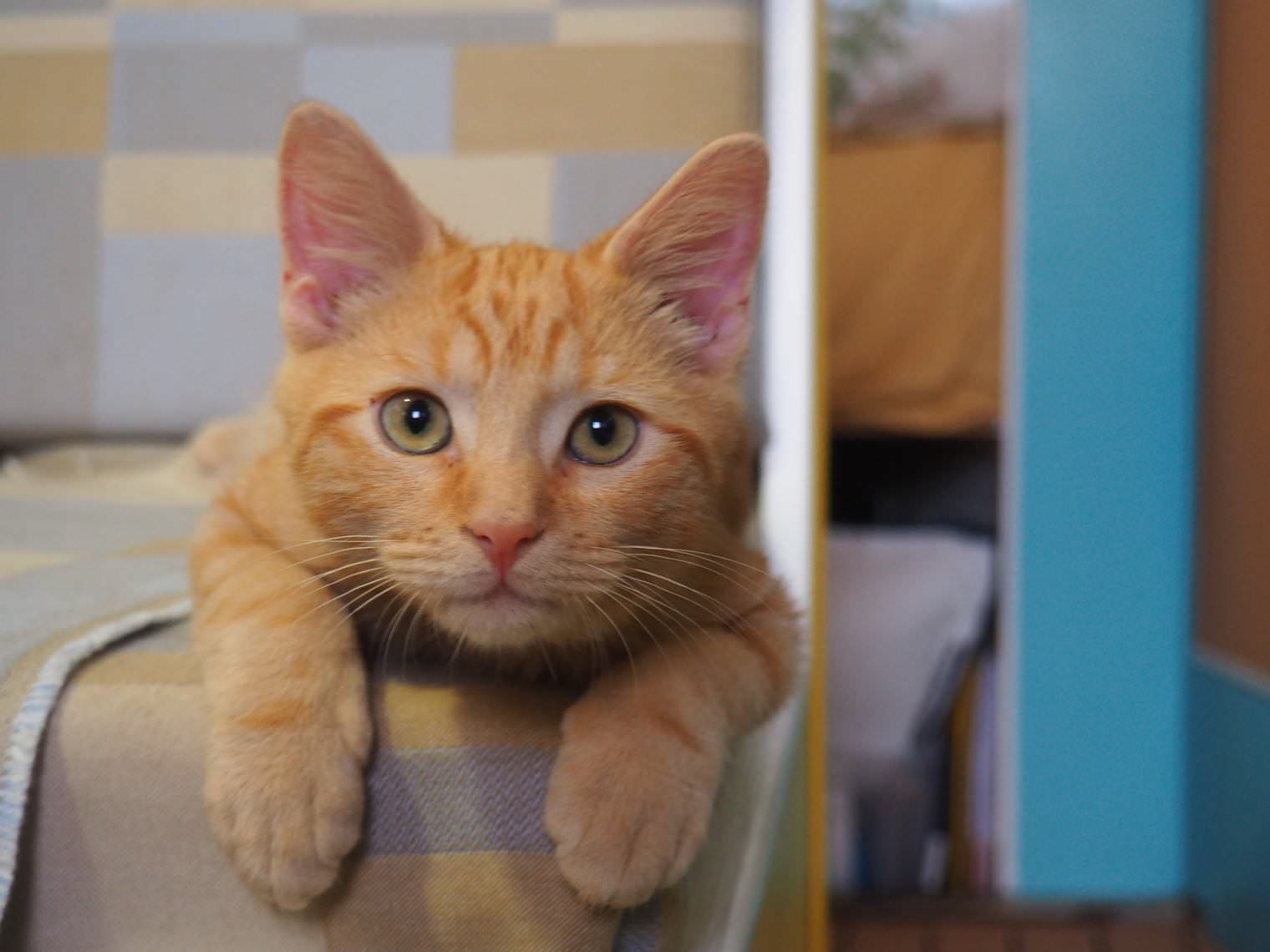 Yes! The KeyMission’s photo and video quality are really good, and it’s highly recommended especially when you’re someone who likes taking a lot of them and who loves to create videos of your trip. The KeyMission 80 has this cool feature that it instantly turns on when you remove it from the magnetic clip, so it’s perfect for spontaneous shots. I love it, and Captain Ahab loves it too! 🙂