In 2015 we travelled through Brazil for the first time and we absolutely fell in love with Rio de Janeiro. Finally, we decided to head back to Rio de Janeiro for Carnival 2017. Read on to find out why! 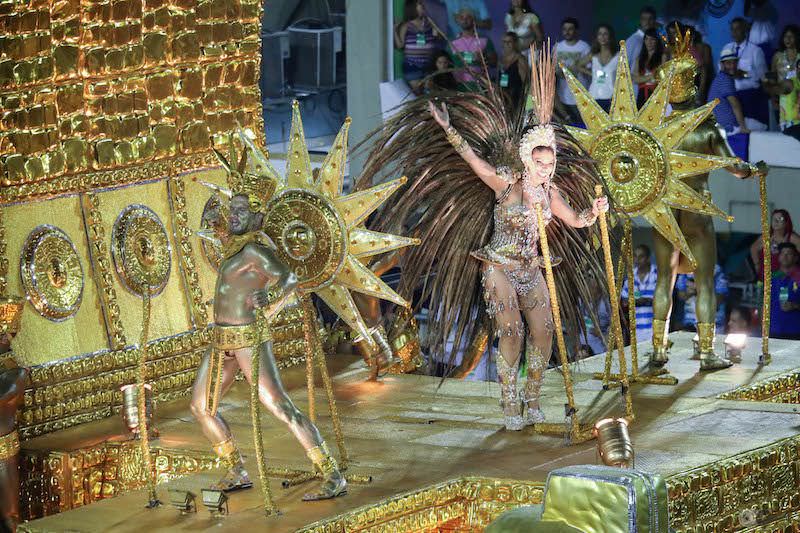 For the past six months television, the internet and people in the streets have been alive with the thrills, excitement, triumphs and controversies of the 2016 Olympics in Rio de Janeiro. We literally haven’t been able to switch on the television, open a laptop, or walk down the street, without being drawn into the 2016 Olympics fever which has engulfed Rio de Janeiro and the world! 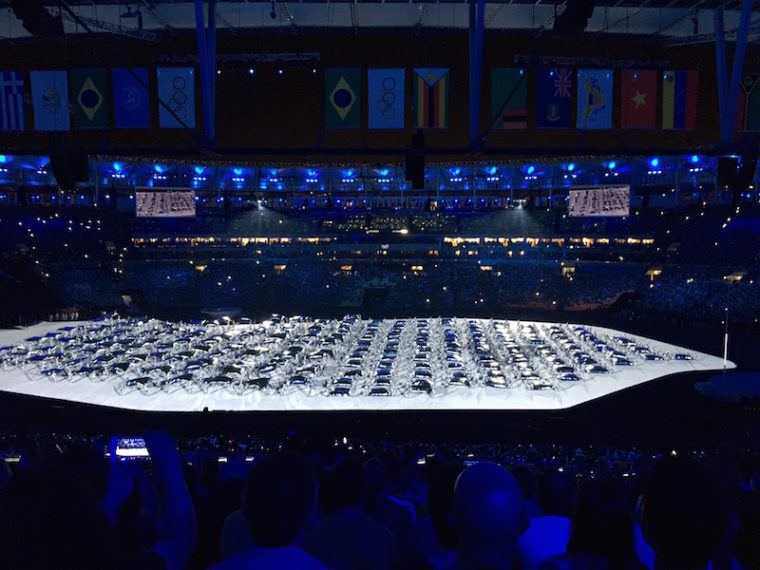 While the Summer Olympics as we know them today have been held 27 times before (6 times in North America, 16 times in Europe, 3 in Asia and 2 in Oceania), the 2016 Olympics are the first ever to have been held in South America. So that alone is enough to focus extra attention and pressure to perform on the Rio de Janeiro Olympics.

The 2016 Olympics opening ceremony, held in the Maracanã Stadium, attracted an estimated worldwide television audience of 900 million people, making it one of the most watched in the history of the Olympics.

With every kind of media flooded with images in the news of Rio de Janeiro and the 2016 Olympics every day, we haven’t been able to stop thinking back to our own trip to Brazil back in June 2015, where we spent ten days exploring Rio de Janeiro, Copacabana Beach, the historic downtown, hang gliding over the city, Christ the Redeemer, the Lapa Steps and so much more.

One of the highlights of our time in Rio de Janeiro was spent with the team from Tours Gone Wild, a one-of-a-kind tour company specialising in providing a hassle-free, local experience, making sure everything is taken care of and showing you the very best of a destination as if you were visiting a local friend. And by the way, this friend can also get you on the guest list for the best night life in the city!

On our second night in Rio de Janeiro, we were picked up from our hotel by one of the Tours Gone Wild nightlife guides for a real night out in Rio. After picking up several others we headed to one of the best clubs in town, where we had VIP guest list access, our own reserved area and plenty of drinks. There were close to no other tourists in site, this was a real local hideout and even had a view of Christ the Redeemer in the distance. The next day Tours Gone Wild had arranged for us to visit the iconic Christ statue itself, again picked up from and returned to our hotel, all the time with a local guide yet still having enough freedom to explore ourselves. 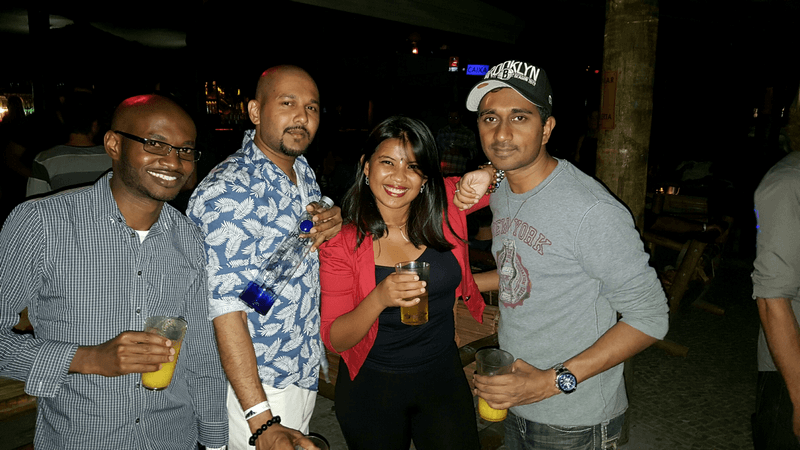 While our 2015 trip to Rio de Janeiro wasn’t arranged entirely with Tours Gone Wild, the time we did spend with them noticeably enhanced our whole experience in the city. The biggest benefit was simply knowing that if we had a fixed time to see as much as possible and have an awesome time, they would take care of it and we could focus on having the experience of a lifetime. If we were in any way concerned about security, we would have professional, experienced locals to give us advice and make sure we didn’t accidentally wander off into any places we weren’t supposed to be!

The 2016 Olympics with Tours Gone Wild

Of course, Tours Gone Wild had something very special to offer for the 2016 Olympics in Rio de Janeiro, applying their experience, knowledge and dedication to putting on a hell of a party to what has been one of the most talked about Olympics ever. Guests who flew in for the opening ceremony got to see all the action live in the Maracanã Stadium. The very same Maracanã Stadium where TGW had arranged a private party backstage at the closing ceremony of Carnival 2016 for 100 of their guests. 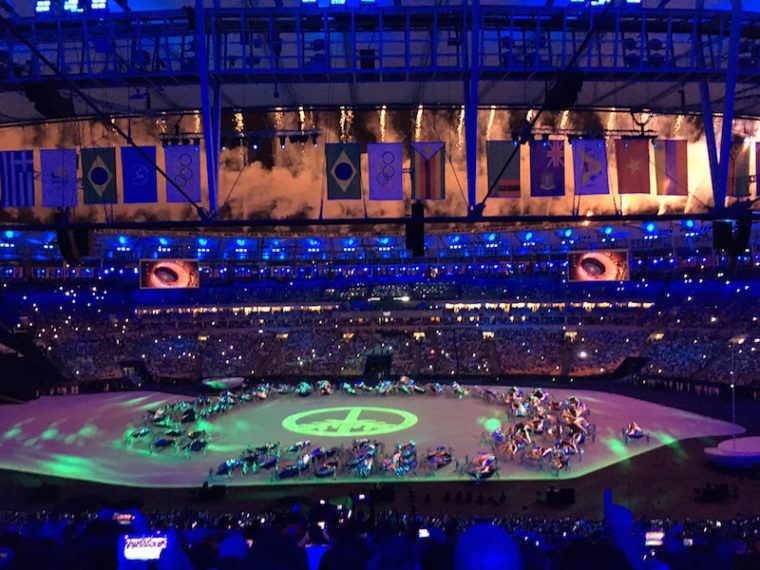 We’re going back to Rio de Janeiro for Carnival 2017!

So, after much reminiscing over our amazing time in Rio de Janeiro whilst watching live broadcasts of the 2016 Olympics in one of the most captivating and enigmatic cities in the entire world, we made a decision – we’re going back to Rio de Janeiro for Carnival 2017, with Tours Gone Wild! While we were hanging with the Tours Gone Wild team on our Rio nightlife experience last year, we talked for over an hour (and plenty of drinks) about how Carnival in Rio de Janeiro is something that must be experienced at least once in a lifetime. 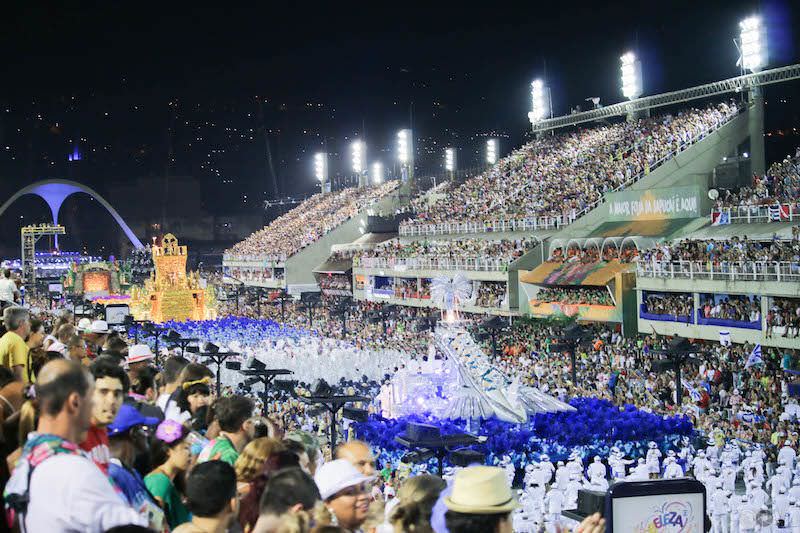 During Carnival, Rio de Janeiro explodes into a beautiful chaos of music, colorful and extravagant costumes, parades and 24 hour parties.

The origins of Carnival in Brazil have been traced back as far as the 18th Century, when working class Portuguese immigrants would dress up in costumes to mock the rich and gather in the streets to celebrate and throw lime-scented water at each other! Since then the tradition has grown into one of the greatest festivals on Earth, with at least 587 street parties, known as Blocos, all over the city. There are Blocos for everyone, from the young and agile, to the geriatric or with mental health problems – Carnival is designed to be for everyone.

For some of the performers, Carnival never truly ends as they spend the entire year training, preparing, designing and building, ready to put on the greatest show on Earth to millions of Brazilians and around half a million foreign visitors each year. 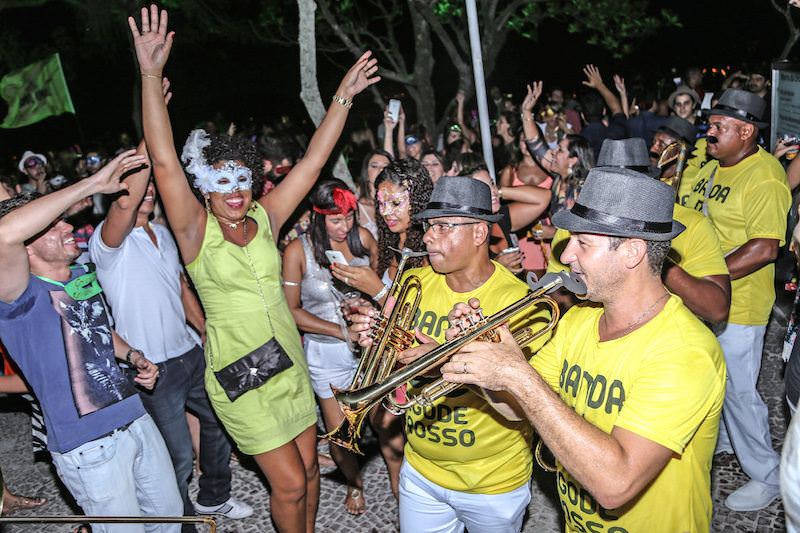 Carnival in Rio de Janeiro is almost certainly one of the most exciting places to be in the entire world and one of the most intensely rewarding experiences of your lifetime. Yet in spite of, or perhaps because of this, we’ve heard from friends, fellow travellers and especially Brazilians we’ve met along the way, that navigating the festivities and knowing how to truly get the most out of Carnival is more of a challenge than simply showing up. During Carnival, Rio de Janeiro is transformed into a massive urban playground full of spectacular events, parties, concerts and parades taking place simultaneously all over the city. So, when planning a trip to Rio de Janeiro for Carnival, you have a couple of questions to ask yourself;

1) “How much do I really know about Carnival in Rio de Janeiro?” and

Unless you’ve been to Carnival before, your answer to question 1 is likely to be, “not very much,” and that’s fine, welcome to the club! Your answer to question 2 however, is far more important – What do you want your Rio de Janeiro Carnival experience to be like? If what you want out of Carnival is to land in the middle of the mayhem and excitement and just head out into the streets to get involved and see what happens, then that’s awesome and you’re probably going to have an incredible time. Just take the usual precautions and try to do some research before you arrive. 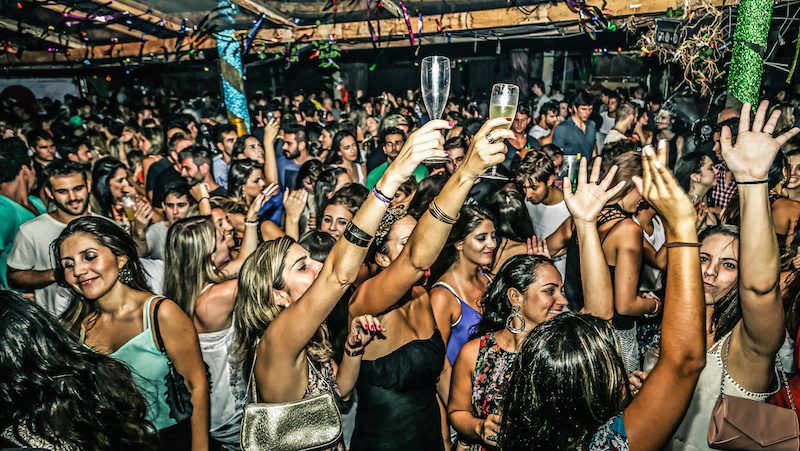 On the other hand, if you’re looking for another level of Carnival experience for your Rio de Janeiro adventure – like exclusive private parties, backstage events access, VIP treatment and personal meet and greet at the airport – then you’re going to need some extra help! That’s the kind of help that Tours Gone Wild have 13 years of experience in providing – 2017 will be their 13th Carnival in Rio de Janeiro!

We often love to travel on the edge of our seats without a solid plan and just see where we end up, but that’s not always the best way to make the most of a situation. When we head back to Rio de Janeiro in 2017, we’ll be there purely for Carnival, with no extra time for aimless wandering and letting fate take care of the rest. After our awesome experience with Tours Gone Wild last year, we’ve decided to take them up on their offer and find out what makes their Carnival 2017 experience so different.

Here’s what we know about our trip to Carnival 2017 in Rio de Janeiro so far:

When you book a Rio Carnival package with Tours Gone Wild, they take care of everything, from departure flights, pick up at the destination airport, accommodation, local transportation, entry to events, VIP treatment at parties, local tours and finally, making sure you get back to the airport to catch your flight home.

Here’s an outline of what our Rio de Janeiro Carnival 2017 experience will look like: 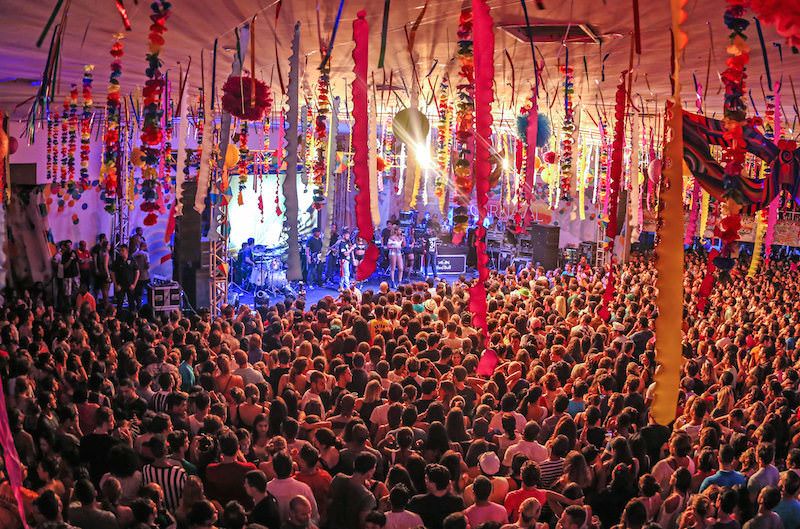 So it looks like we’re all set for the experience of a lifetime with Tours Gone Wild at Carnival 2017 in Rio de Janeiro!

Keep watching to find out how it goes and tell us in the comments what kind of Carnival 2017 experience you would want to have.

Even better, CLICK HERE to get a quote for your own awesome trip to Rio Carnival 2017!

3 Simple Packing Tips for Your Next Vacation